With 2020 just 34 hours away as I write this in southern Thailand, there are eleven stamp-issuing entities set to release a total of 59 stamps, five postal cards, 2 single-stamp souvenir sheets, one multi-stamp miniature sheet and more during the first four days of the New Year.  I am certain I will learn of others sometime later.  Last year, the philatelic agency representing the African nation of Chad unleashed dozens of stamps and mini-sheets on New Year’s Day all of which I discovered through listings on the eBay auction site.

To date, Great Britain has not revealed even the subject matter for its 2020 Stamp Programme in sharp contrast with 2019. You may recall that the design for one of the announced stamps for the D-Day 75th anniversary set included a major error in design and had to be recalled.  Perhaps Royal Mail is taking extra time this year for fact-checking.

END_OF_DOCUMENT_TOKEN_TO_BE_REPLACED

A cherub holding a bunch of grapes, protruding from the twisted folds of one of the Solomonic columns of the altarpiece of San Juan Bautista, is the detail selected to illustrate the Principality’s annual Christmas issue. The stamp has been produced using the chalcographic printing technique, which gives the image the texture and beauty that is so characteristic of this type of printing.

The altarpiece forms part of the set of two altarpieces, the second dedicated to Santa Lucía, which adorn the church of Sant Esteve in Andorra La Vella. Dating back to around the 11th and 12th centuries, the parish church is one of the oldest in the Principality, having undergone various modifications throughout its history, the last one being in the 20th century.

The altarpiece dedicated to San Juan Bautista (Saint John the Baptist) decorates the front of the chapel. It is a baroque altarpiece, gilded in 1707, structured on two levels and three panels. The main carvings are devoted to Saint John the Baptist, on the lower section, and the Virgin of Montserrat, on the upper part. Both sculptures are flanked by the smaller carvings of San Marcos and San Roque, on the lower level and San Pedro and San Francisco Javier, on the upper section.

In its entirety, it is an outstanding work of art, both due its architectural design and delicate ornamentation as well as the beauty of the colours and the quality of the gilding. The columns separating the panels are profusely decorated, with a predominance of angels, grapevines and other symbolic elements.

The symbolism of Saint John the Baptist revolves around the sacrament of baptism, and the baptism of Jesus Christ on the Jordan River. He is mentioned in the four canonical gospels as the son of the priest Zechariah and Isabel, cousin of Mary, the mother of Jesus. Isabel could not have children, but the archangel Gabriel appeared to Zechariah and told him they would have a son, and God wanted them to name him Jesus. The gospel relates that Herod Antipas ordered him to be beheaded at the request of his step-daughter Salome, whom he wanted to marry.

This stamp and other philatelic products can be ordered from Correos – Issues Andorra or WOPA+ Stamps and Coins.

This is the first part of what I hope will be a comprehensive listing of new stamp issues as they are released throughout the year. This project began as a simple spreadsheet on which I tabulated every release I could track down. It soon became a “mission” to make the listing as complete as I could make it without access to the catalogues (which are published long after the stamps are issued). I then intended to create an end-of-the-month illustrated blog article but that proved to be too massive of a project, especially with my work schedule and other activities. I have since decided to post the information as a page that I constantly update throughout the year (and, as such, will always be accessible from the top menu on the page). I will announce progress on the page through my “Weekly Phila-Bytes” columns.

The listings are chronological by date, and then alphabetical by stamp-issuing entity. The images come from a wide range of difference sources, some are high-quality scans, others are low-resolution promotional mock-ups. Those latter images will be replaced by better ones as soon as I can. If you own any of these stamps, I would appreciate any upgrade in scans of your actual stamps via email. Occasionally, there are links that lead to additional information, including technical details, of the various stamp issues.

I hope you find this compilation useful. 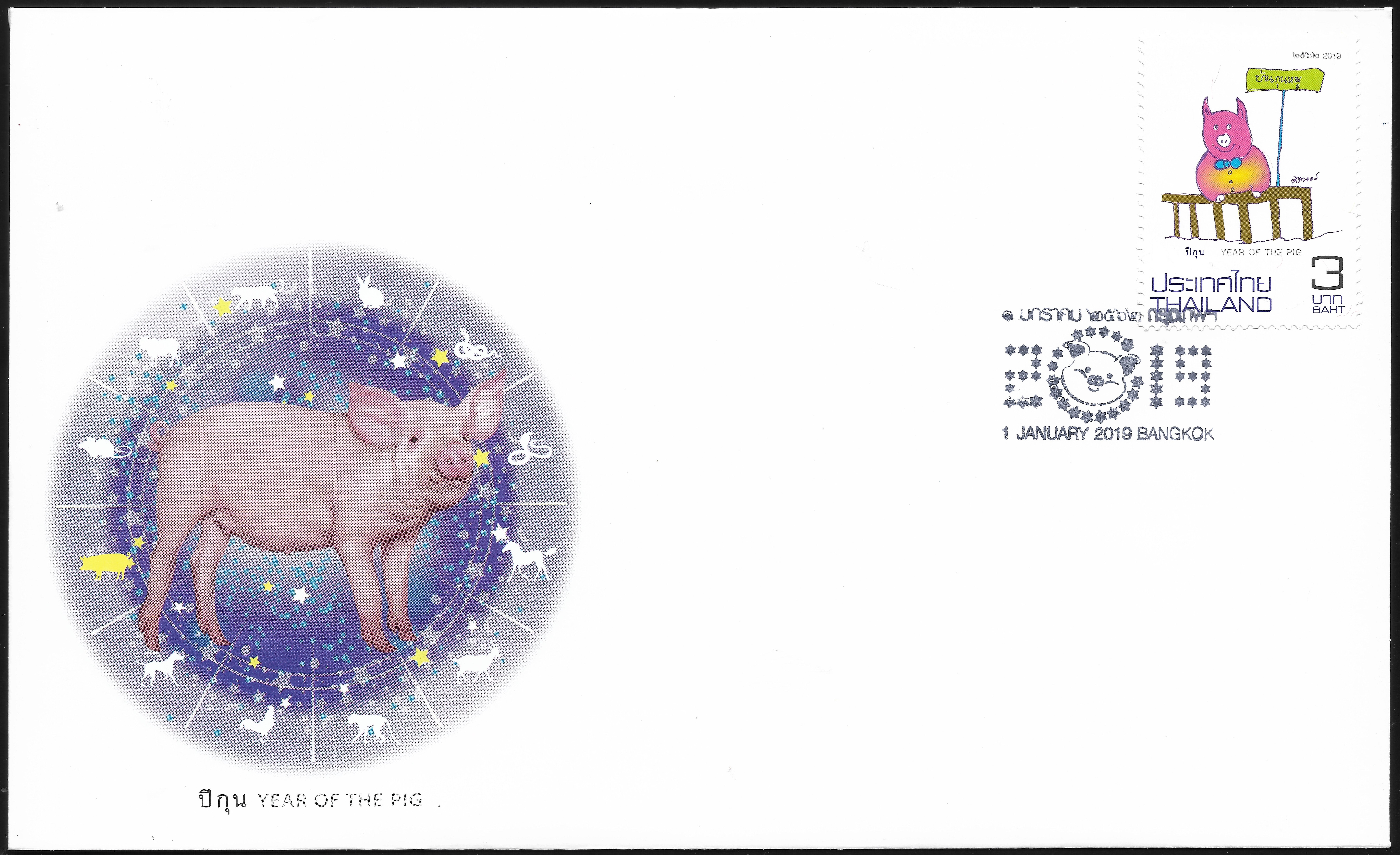 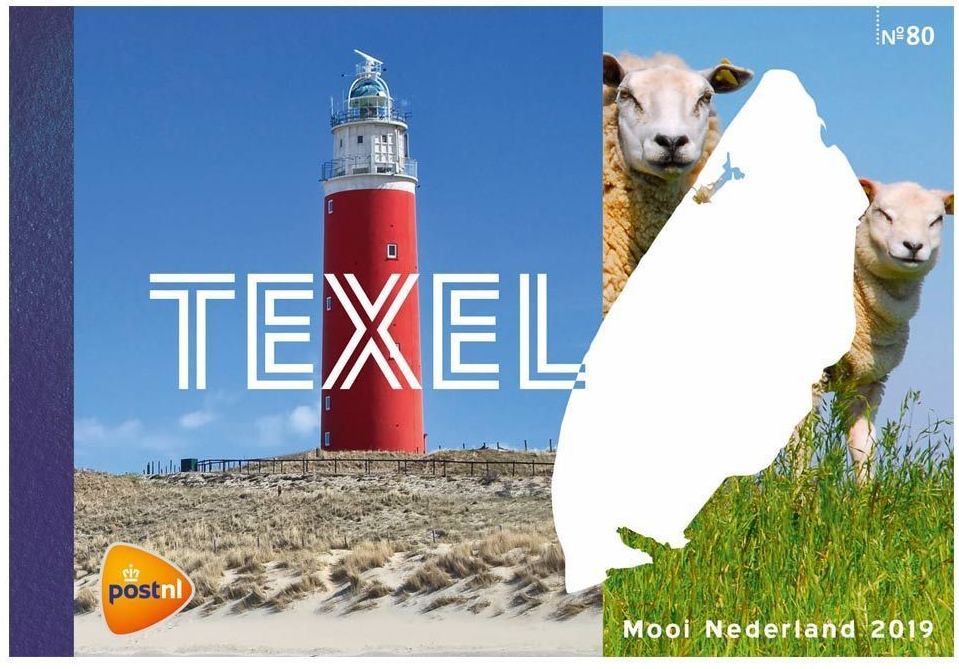 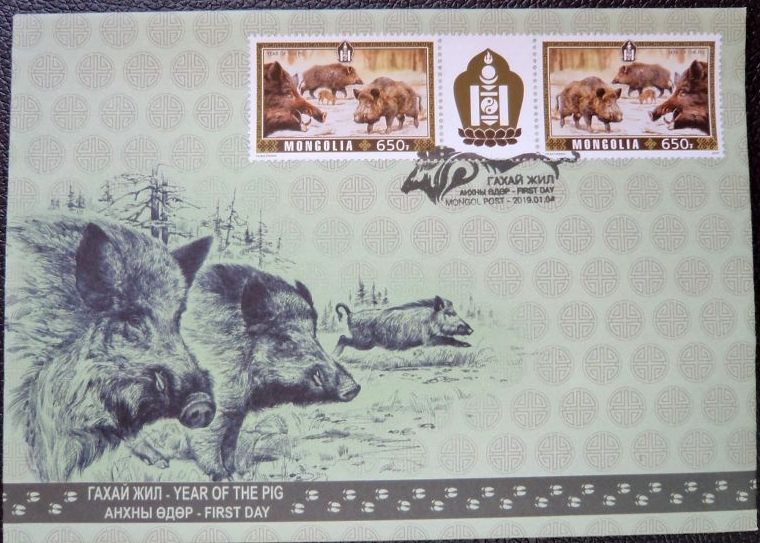 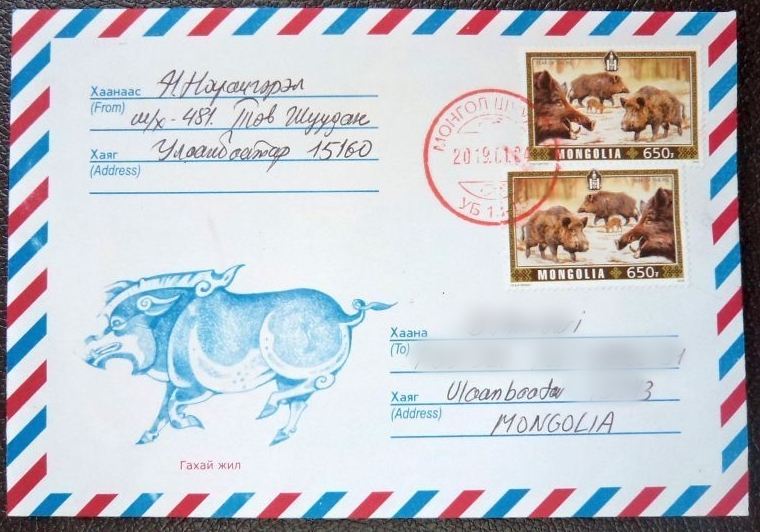 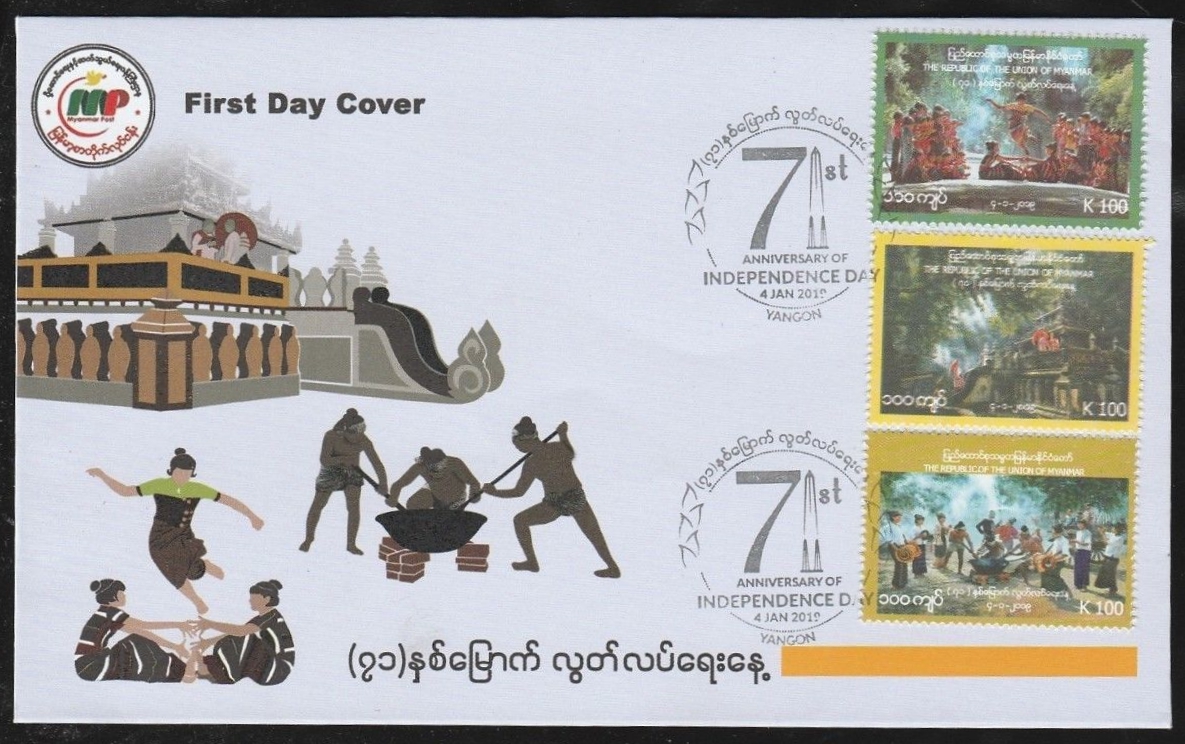 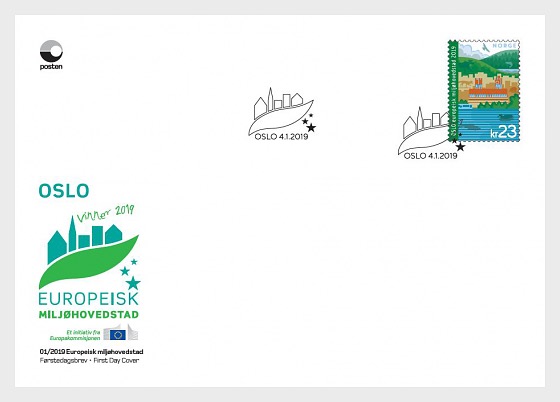 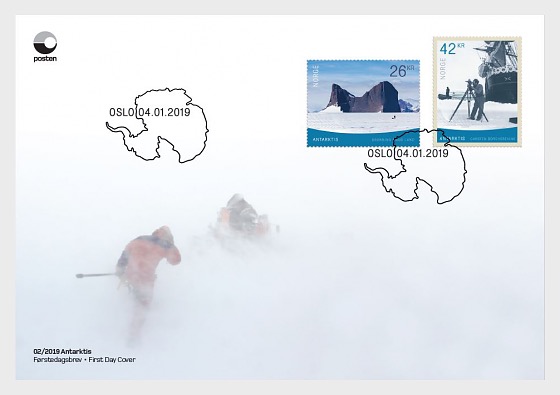 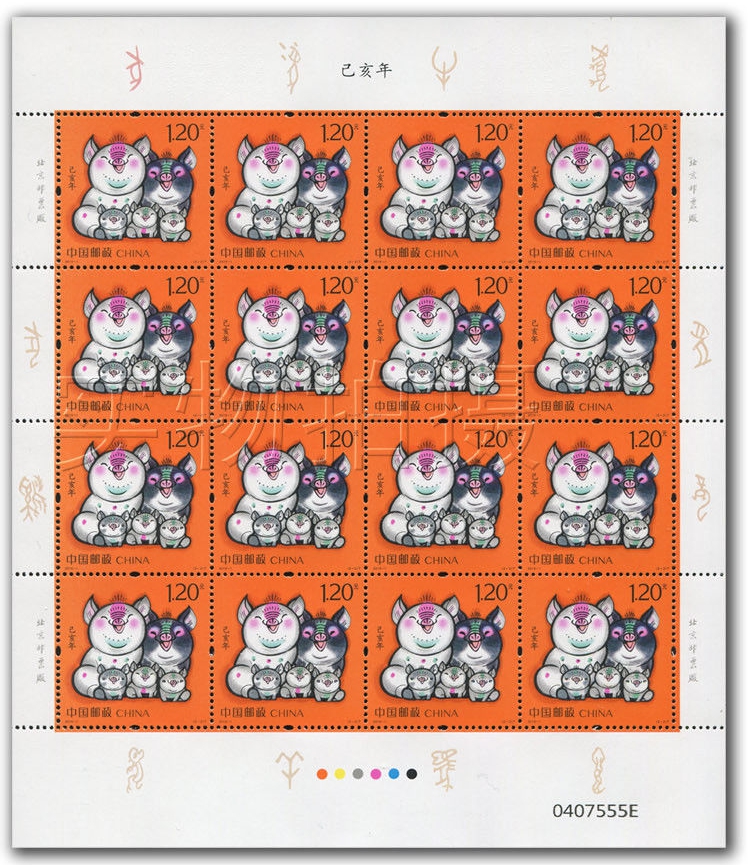 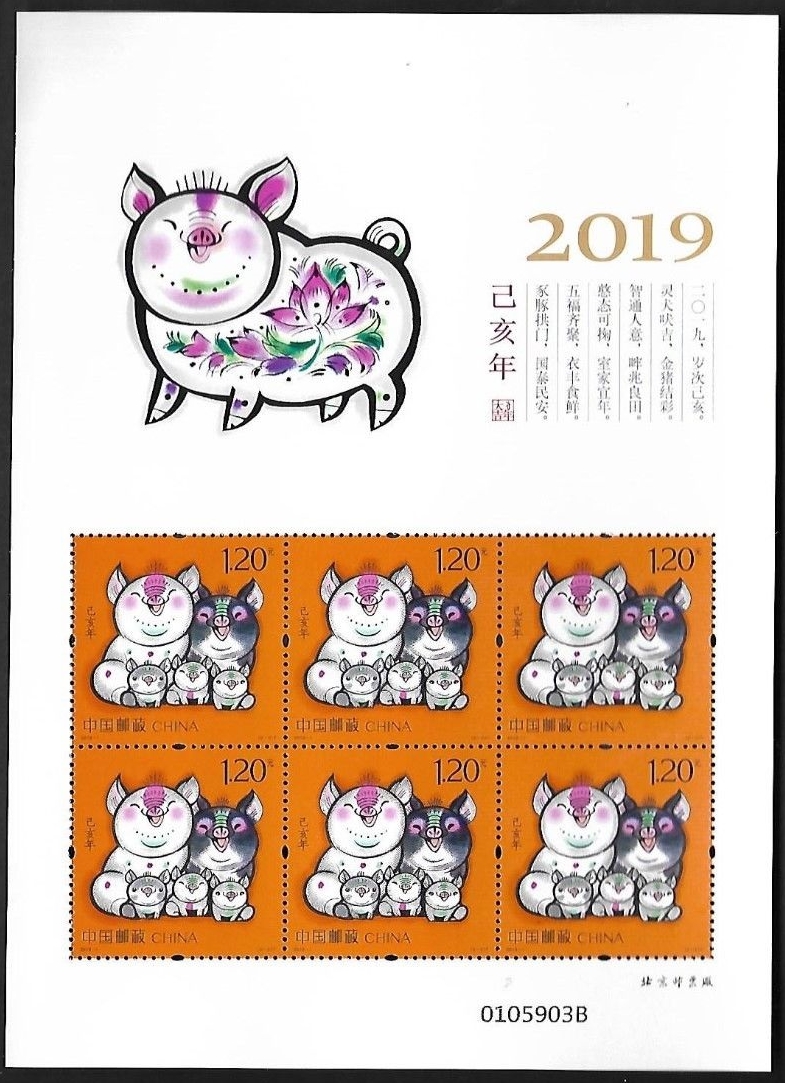 Only six days into the month, and I’ve received mail on four of those days which leads me to believe that my regular letter carrier may be back on the job following a lengthy holiday.  In fact, I’m sure of it as I found today’s two envelopes on a table next to the entrance of my guesthouse as he is too lazy to walk another few feet and leave the mail at the reception desk.  My previous complaint on this matter fell on deaf ears (the message I received made it sound as if they were doing me a favor by delivering my mail at all!); it’s a wonder that more of my mail doesn’t go astray.  Indeed, it appears that the old-time collection in Stanley Gibbons binder on Scott Modern pages that I ordered from Canada at the beginning of May is one rare MIA parcel (and I have just been given a refund for that; I’d much rather of had the album and stamps…).

At any rate, the envelopes containing stamps almost always make it through and today I received two from Europe, both of which arrived a mere eleven days after I’d placed the orders.  From Spain, I received four stamps from Spanish Andorra (a “new” country in the A Stamp From Everywhere collection) – single stamps (Scott #102a-d) from a sheet of four issued on 31 March 1978 to mark the 50th anniversary of Spanish postal services in Andorra.

The order from France contained what is possibly my favorite stamp portraying the hobby of philately.  The most famous of all American stamp collectors was definitely Franklin D. Roosevelt and the hobby received an unprecedented amount of public awareness in the United States during his long presidency.  He was a truly remarkable man, as well as an astute politician, and I plan to write a brief profile of FDR once I have obtained a few more stamps picturing him to illustrate the article.

This airmail release by Monaco (Scott #C16) appeared on 15 May 1947 as part of a set issued to commemorate the principality’s participation in the Centennial International Philatelic Exhibition held in New York City that month.  This was the tenth stamp to be issued by Monaco portraying Roosevelt since his death the preceding April (nine stamps – general issue, airmail, semi-postal, and airmail semi-postal – had been released on 13 December 1946).  There’s also a slight design error; see if you can spot something unusual about the president’s left hand…