The Australian Antarctic Territory (AAT) is a part of Antarctica administered by the Australian Antarctic Division, an agency of the federal Department of the Environment and Energy. The territory’s history dates to a claim on Enderby Land made by the United Kingdom in 1841, which was subsequently expanded and eventually transferred to Australia in 1933. It is the largest territory of Antarctica claimed by any nation by area. In 1961, the Antarctic Treaty came into force. Article 4 deals with territorial claims, and although it does not renounce or diminish any preexisting claims to sovereignty, it also does not prejudice the position of Contracting Parties in their recognition or non-recognition of territorial sovereignty. As a result, only four other countries—New Zealand, the United Kingdom, France, and Norway—recognize Australia’s claim to sovereignty in Antarctica. 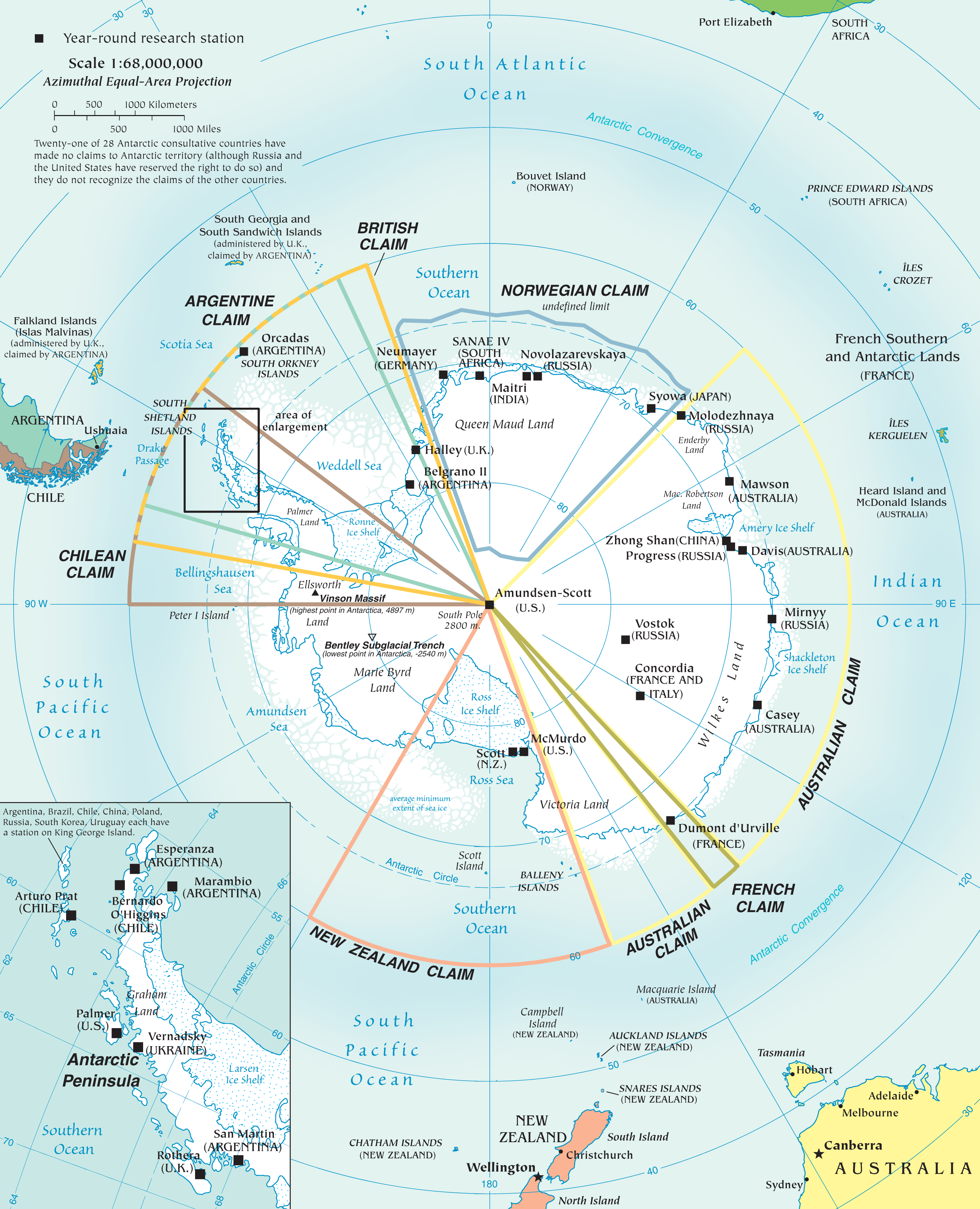 AAT consists of all the islands and territory south of 60°S and between 45°E and 160°E, except for Adélie Land (136°E to 142°E), which divides the territory into Western AAT (the larger portion) and Eastern AAT. It is bounded by Queen Maud Land in the West and by Ross Dependency in the East. The area is estimated at 5,896,500 km².

The territory is mostly inhabited by the staff of research stations. The Australian Antarctic Division administers the area primarily by maintaining three year-round stations — Mawson, Davis, and Casey — which support various research projects.

The first stamp issued specifically for the territory was a two-shilling blue stamp with a design of explorers and an Antarctic map.. This was first issued in Australia on 27 March 1957 and in Antarctica on 11 December 1957. Used stamps from the territory are usually found with either mainland Australia postal cancels, or first-day cover cancels as there is relatively little genuine mail from the bases.

The Australian Antarctic Territory bases are:

All AAT mail will be cancelled with a postmark from one of these bases, though First Day Covers are now thought to be cancelled with the relevant base name at the Australian Philatelic Bureau, and not all bases are currently in use or permanently occupied.

All AAT stamps have been Antarctic themed, and are also valid for postage in Australia, so in practice, they are just Australian stamps with a different inscription.