Aitutaki, also traditionally known as Araʻura and Utataki, is the second most-populated island in the Cook Islands, after Rarotonga. It is an “almost atoll”, with fifteen islets in a lagoon adjacent to the main island. Total land area is 18.05 km² (6.97 square miles), and the lagoon has an area of between 50 and 74 km² (19 and 29 sq mi). A major tourist destination, Aitutaki is the second most visited island of the Cook Islands.

Aitutaki had a population of 1,712 in 2016. The main village is Arutanga (Arutunga) on the west side.

Aitutaki is sometimes described as an “almost atoll”, for it consists of a lagoon within an encircling atoll, with a significant area of high land on one side. It has a maximum elevation of approximately 123 metres (404 feet) with the hill known as Maunga Pu close to its northernmost point. The land area of the atoll is 18.05 km² (6.97 sq mi), of which the main island occupies 16.8 km² (6.5 sq mi). The Ootu Peninsula, protruding east from the main island in a southerly direction along the eastern rim of the reef, takes up 1.75 km² (0.68 sq mi) out of the main island. For the lagoon, area figures between 50 and 74 km² (19 and 29 sq mi) are found. Satellite image measurement suggests that the larger figure also includes the reef flat, which is commonly not considered part of a lagoon.

The barrier reef that forms the basis of Aitutaki is roughly the shape of an equilateral triangle with sides 12 kilometres (7.5 mi) in length. The southern edge of the triangle is almost totally below the surface of the ocean, and the eastern side is composed of a string of small islands including Mangere, Akaiami, and Tekopua.

The western side of the atoll contains many of Aitutaki’s important features including a boat passage through the barrier reef allowing for anchorage close to shore at Arutanga. Towards the south of the side is a small break in the barrier reef, allowing access for small boats to the lagoon which covers most of the southern part of the triangle. Further to the north is the bulk of the main island. Its fertile volcanic soil provides tropical fruits and vegetables. Two of Aitutaki’s 15 islets (motus) are also volcanic. The rest are made of coral.

Aitutaki Airport is located close to the triangle’s northern point. The southeastern part of the lagoon near Akaiami used to be used as a landing area for TEAL flying boats on the “coral route”

Polynesians first settled Aitutaki around AD 1225–1430. They maintained voyaging contact over a wide area, for the geochemical source of basalt adze heads found in this island can be traced back to quarries on Samoa to the west and the Society Islands to the east. According to oral tradition, the island was named by Te Erui, who raised it from the ocean after traveling from Avaiki. Other traditions identify various settlers, including Ru, Te Munakorero,Kai, Ui-tario, and Ruatapu.

The first known European contact was with Captain Bligh and the crew of HMS Bounty when they also arrived in Aitutaki on 11 April 1789, prior to the infamous mutiny.

Aitutaki was the first of the Cook Islands to accept Christianity, after London Missionary Society (LMS) missionary John Williams visited in 1821. The oldest church in the country, the Cook Islands Christian Church in Arutanga, was built by Papeiha (Bora Bora) and Vahapata (Raiatea), two LMS teachers Williams had left behind.

On 8–9 October 1900 seven instruments of cession of Rarotonga and other islands were signed by their chiefs and people; and by a British Proclamation issued at the same time the cessions were accepted, the islands being declared parts of Her Britanic Majesty’s dominions. Uniquely, these instruments did not include Aitutaki. It appears that, though the inhabitants of Aitutaki regarded themselves as British subjects, the Crown’s title was uncertain, and the island was formally annexed by Proclamation dated 9 October 1900. It was the only island in the Cook Islands that was annexed rather than ceded.

In 1942 New Zealand and American forces were stationed on the island. The American engineering firm Sverdrup & Parcel, the New Zealand Ministry of Works, US military personnel and many locals combined to build two airstrips which were completed on 14 November 1942. This airport, and one on the northernmost Penrhyn Island, were to be used as bases by the Allies during World War II. The first aircraft, an American light bomber, landed on 22 November 22 1942. When the war ended some of the servicemen remained and married the locals.

During the 1950s Aitutaki’s lagoon was used as a stopover for TEAL (Tasman Empire Airways Limited) flying boats on the famous Coral Route. The islet of Akaiami was used as a resting stop for passengers, who often lay about until the aircraft was refueled for two hours. These operations ceased in 1960, and the only reminder are the remains of the purpose-built jetty on Akaiami. The flying boat Aranui, which was part of this service, is now on display at the Museum of Transport and Technology in Auckland, New Zealand.

Commercial banana-growing was introduced to the island in the late 1960s, but suffered a rapid decline due to wind damage, low prices, and inadequate shipping. The industry was revived in the late 1970s, but collapsed after New Zealand adopted Rogernomics and removed privileged market access.

On 10–11 February 2010, Aitutaki was hit by Cyclone Pat. The high winds of the storm ripped the roofs off of most houses and damaged other buildings including a school and a hospital. At least 60% of houses were damaged. There were no reported deaths but a few minor injuries were reported. An Air Force Hercules cargo plane and an army engineering team were provided by New Zealand along with an initial $200,000. Cook Island MP Teina Bishop said “New Zealand aid should have been sent to the devastated area much sooner”.

In June 2010 the island was nominated “the world’s most beautiful island” by Tony Wheeler the founder of the Lonely Planet travel guides.

The delegates of the 2012 Pacific Islands Forum, which had its main venue in Rarotonga, travelled to One Foot Island for a two-day retreat.

From a legal standpoint, there is no such thing as a Cook Islands citizenship. The Cook Islands is a self-governing country in free association with New Zealand and is part of the Realm of New Zealand. As such, Cook Islanders are New Zealand citizens.

The Cook Islands does not issue its own passports, a privilege usually assumed by virtually all sovereign countries, but places this responsibility in the hands of the New Zealand Government which issues passports for New Zealand citizens who are also Cook Islands nationals.

On the other hand, Cook Islands nationality is differentiated from that of the rest of the New Zealand citizens.

Flag of the Cook Islands

The flag of the Cook Islands, officially known as the Cook Islands Ensign, is based on the traditional design for former British colonies in the Pacific region. It is a blue ensign containing the Union Flag in the upper left, and on the right, fifteen stars in a ring. The Union Flag is symbolic of the nation’s historic ties to the United Kingdom and to the Commonwealth of Nations. The stars stand for the fifteen islands that make up the Cook Islands (Tongareva, Rakahanga, Manihiki, Pukapuka, Nassau, Suwarrow, Palmerston, Aitutaki, Manuae, Takutea, Atiu, Mitiaro, Mauke, Rarotonga and Mangaia). The blue represents the ocean and the peaceful nature of the inhabitants.

The coat of arms of the Cook Islands has a shield as its focal point. The shield is blue with fifteen white stars arranged in a circle, as found on the national flag, and is supported by a flying fish (maroro) and a white tern (kakaia). The helmet is an ariki head-dress (pare kura) of red feathers, symbolizing the importance of the traditional rank system, and the name of the nation is on a scroll below the shield. The achievement is augmented by a cross and a Rarotongan club (momore taringavaru) used by orators during traditional discourses, respectively symbolizing Christianity and the richness of Cook Islands’ tradition, placed in saltire behind the shield.

The coat of arms was designed by Papa Motu Kora, a mataiapo, a traditional chiefly title from the village of Matavera in Rarotonga.

Aitutaki used the postage stamps of the Cook Islands from 1892 to 1903, when New Zealand overprinted its own stamps with “AITUTAKI.” and the denomination written in local dialect. Seven of the eight values were issued in Auckland on 12 June 1903 and in Aitutaki 29 June, with the 21⁄2d arriving later, on 9 November. Similar sets of overprints appeared periodically from 1911 to 1920.

In 1920, New Zealand produced an omnibus issue for the several Cook Islands, each inscribed with the island’s name. A similar idea was used for a set of three in 1924–1927.

On 15 March 1932, stamps of the Cook Islands again replaced the Aitutaki issues. This lasted for forty years.

In 1972, Aitutaki established a separate postal service, and has issued its own stamps (mostly printed by Heraclio Fournier in Spain) since then. These issues are primarily intended for sale to collectors.

The sale of Aitutaki postage stamps is through the Cook Islands Philatelic Bureau which is a client of Philatelic Collector Inc., a “boutique agency” headquartered in Sag Harbor, New York, U.S.A. There is usually a small number of issues each year with each issue seeing multiple stamps in several different sheet formats. In 2019, there were eight separate releases while 2020 saw just four. As of this writing (end of May 2021), the entity has yet to announce a single stamp for issuance in 2021.

Turtles of the World (Part 1) 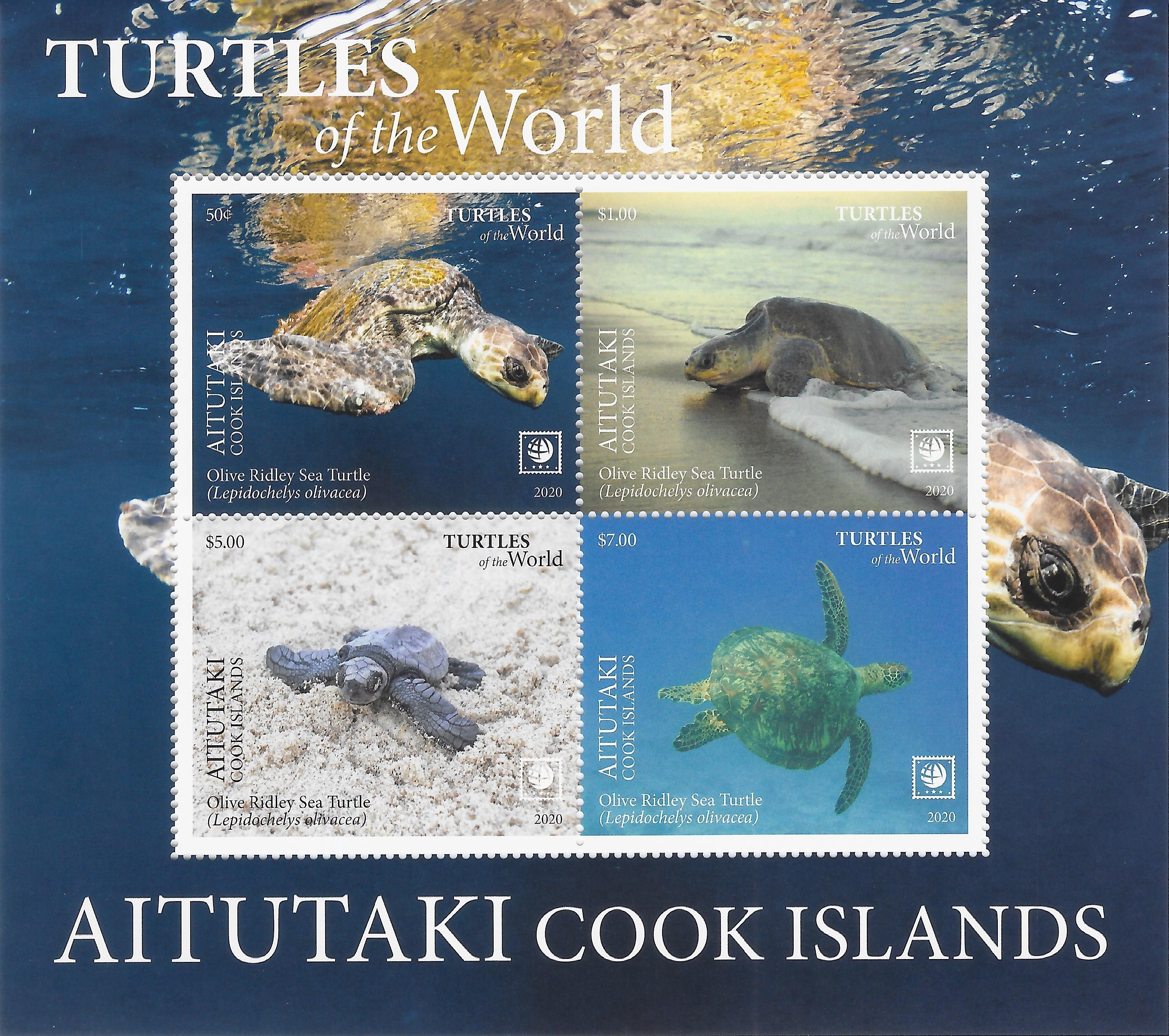 Turtles of the World (Part 2) 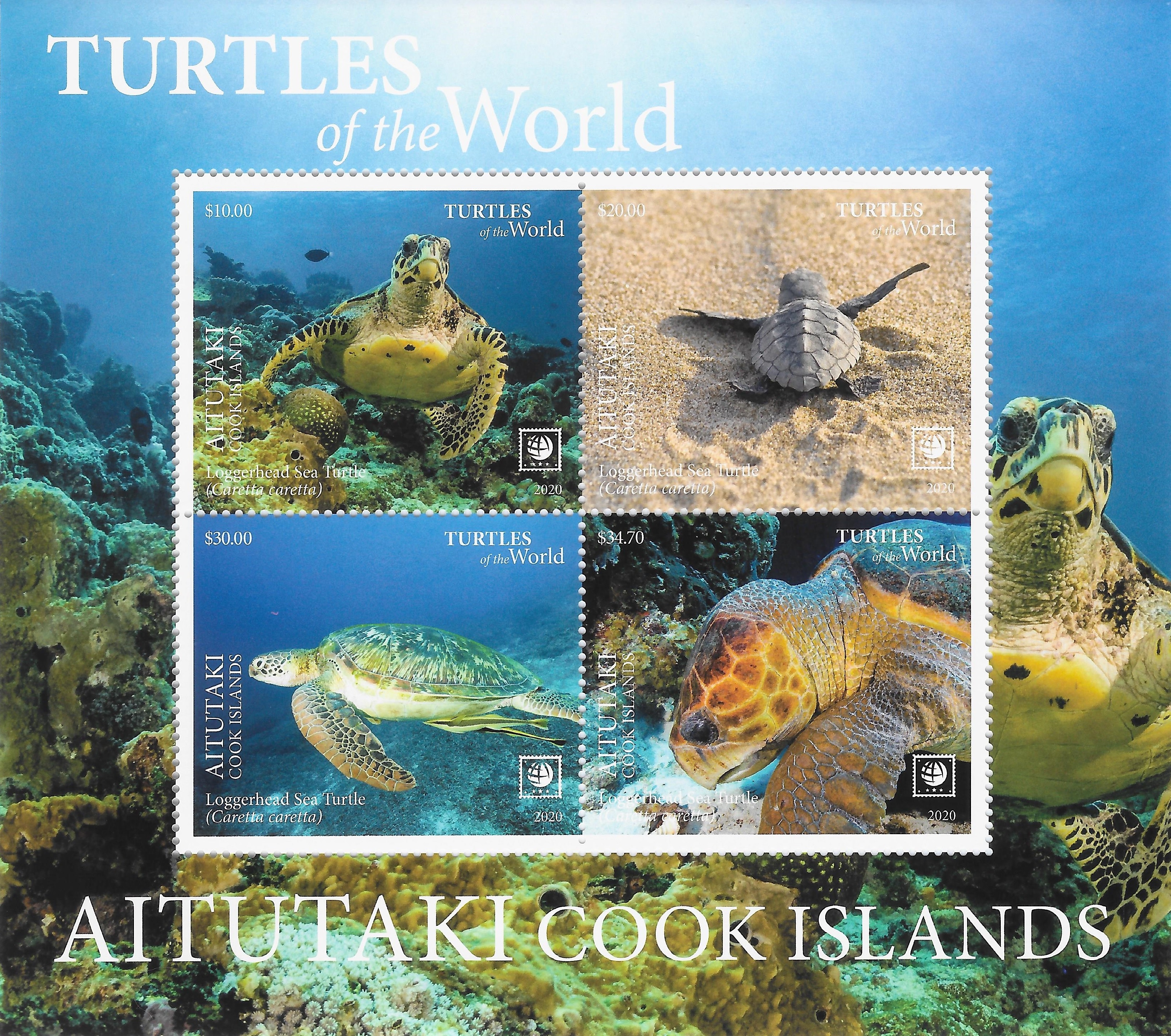 Birds of the World: Geese 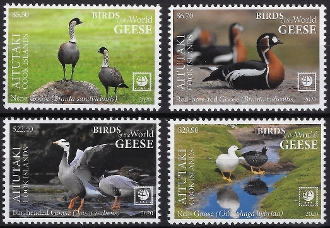 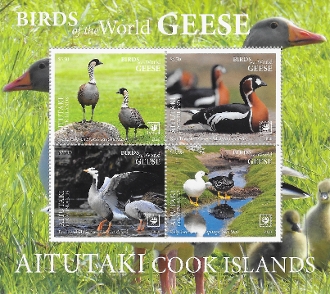 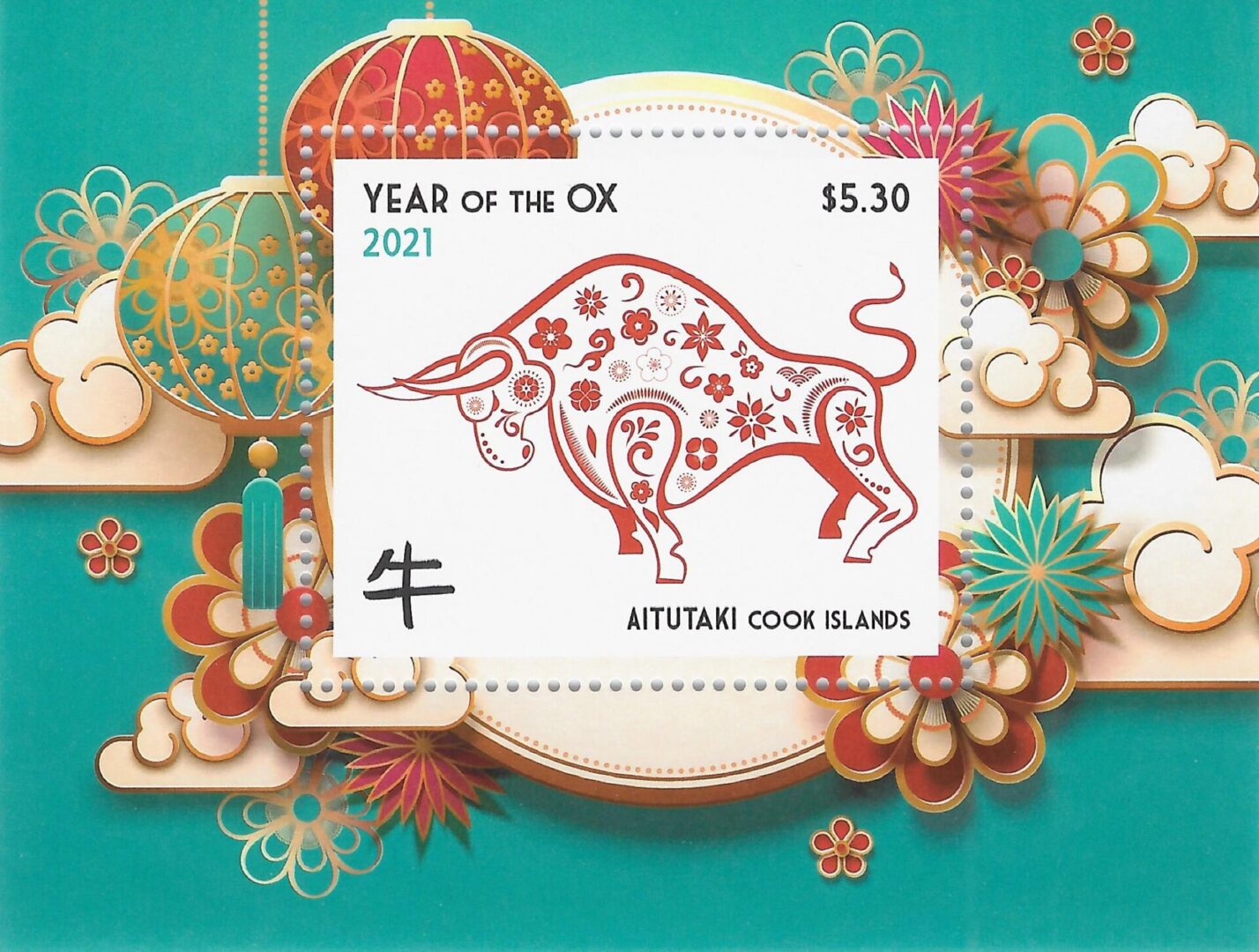 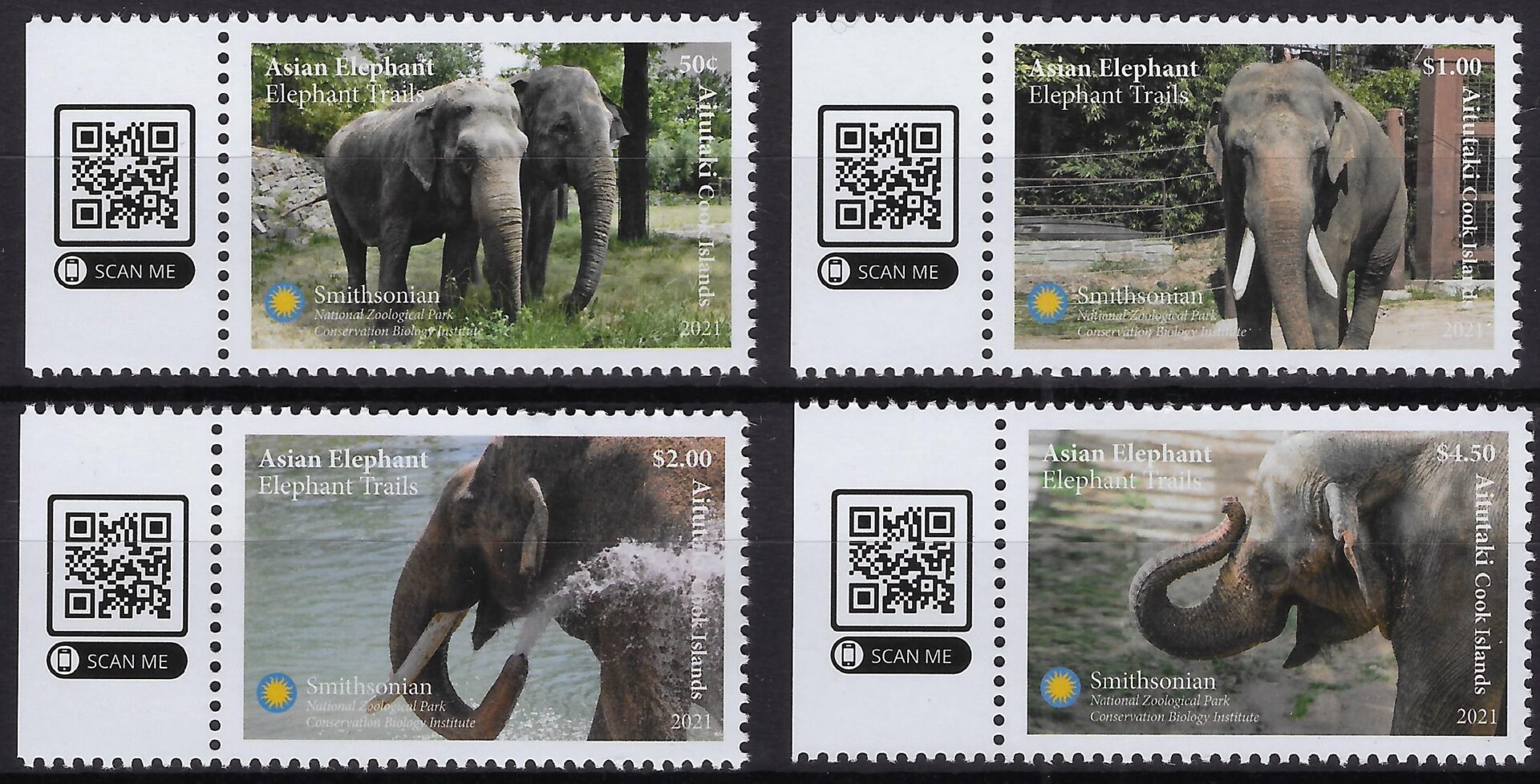 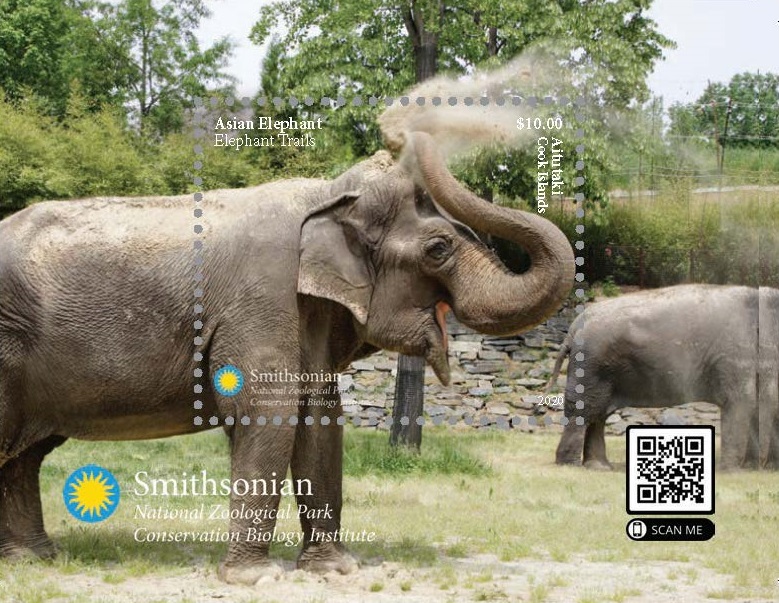 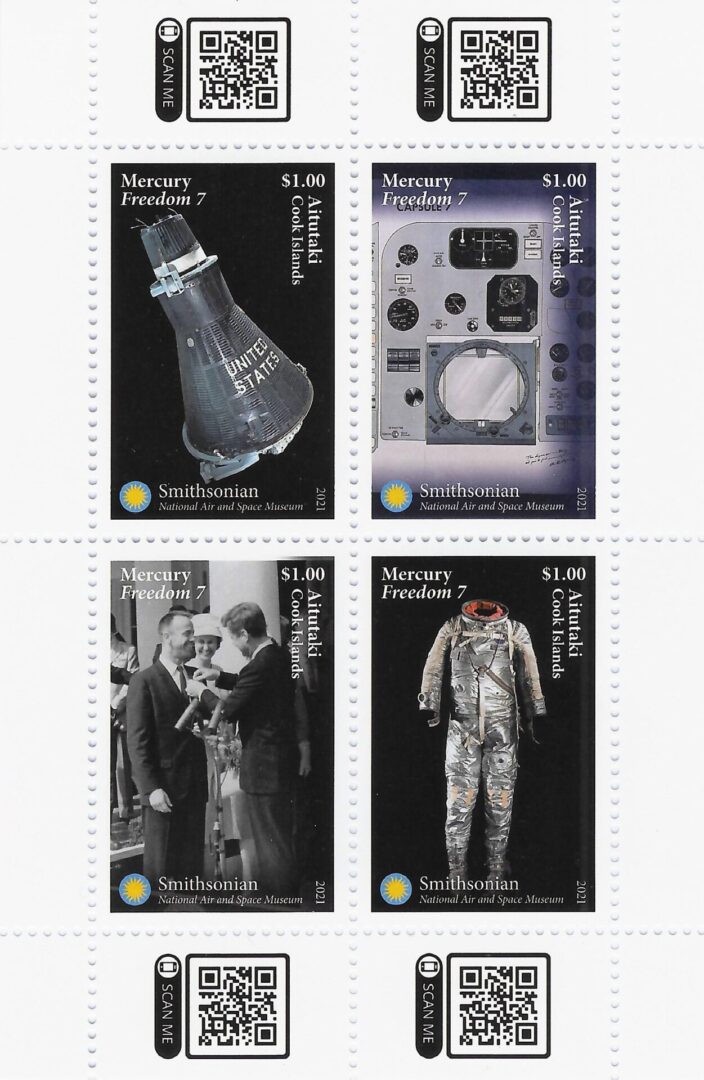 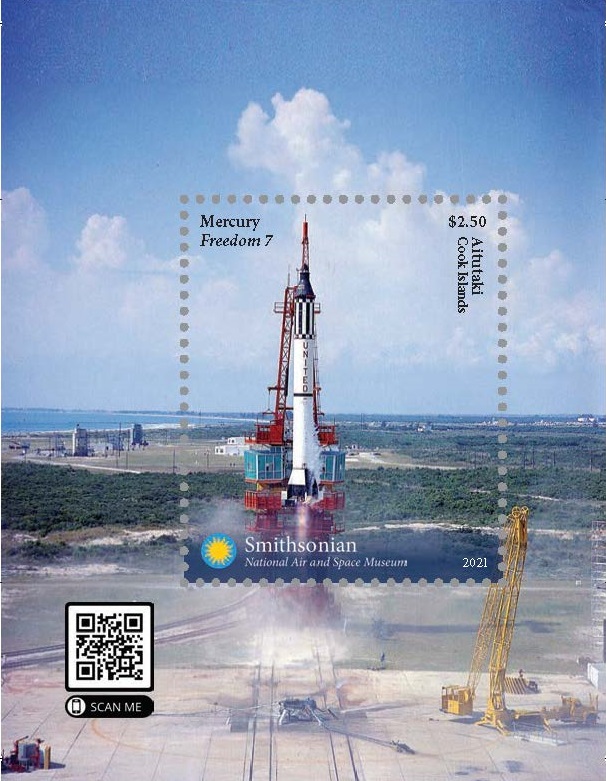 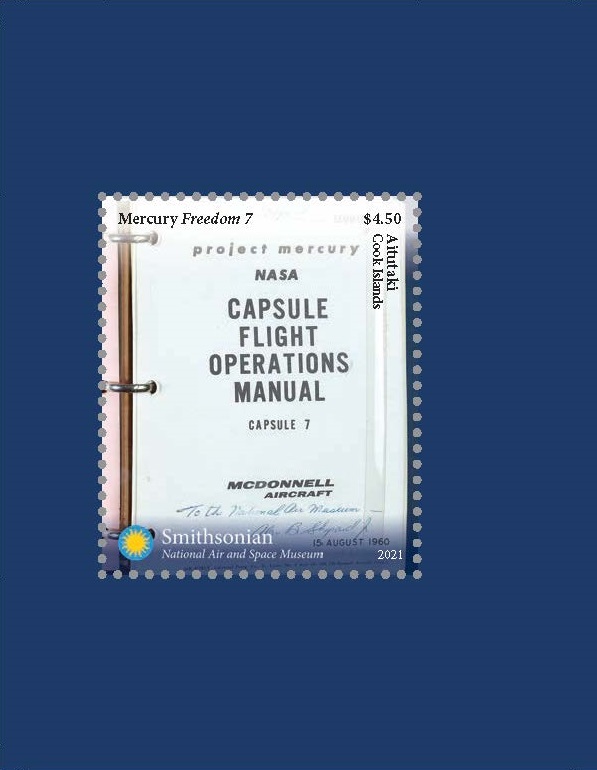 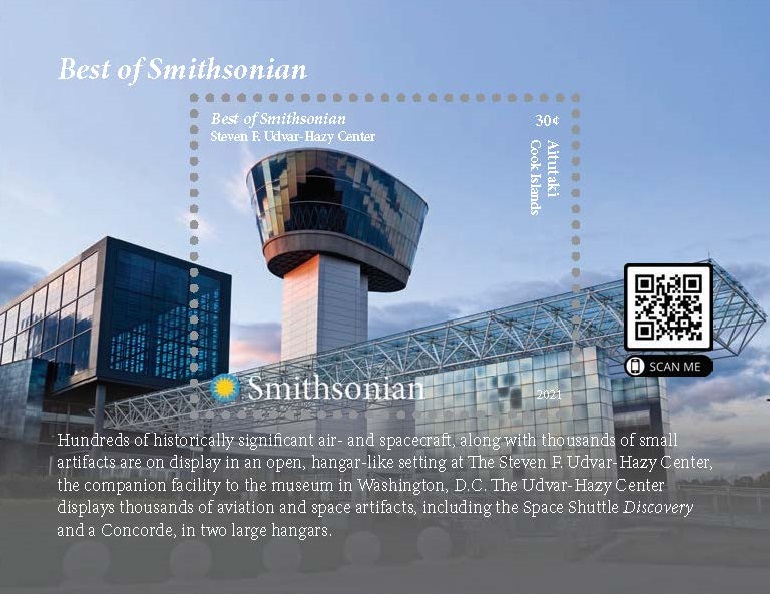 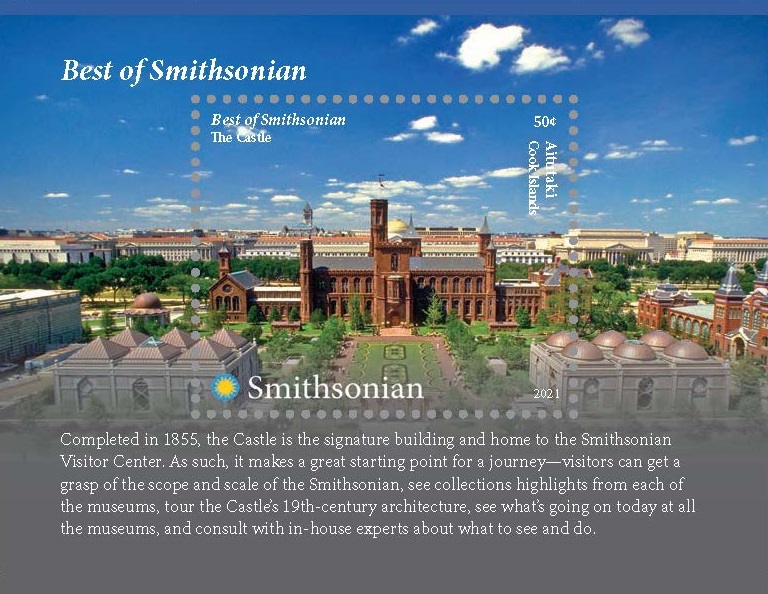 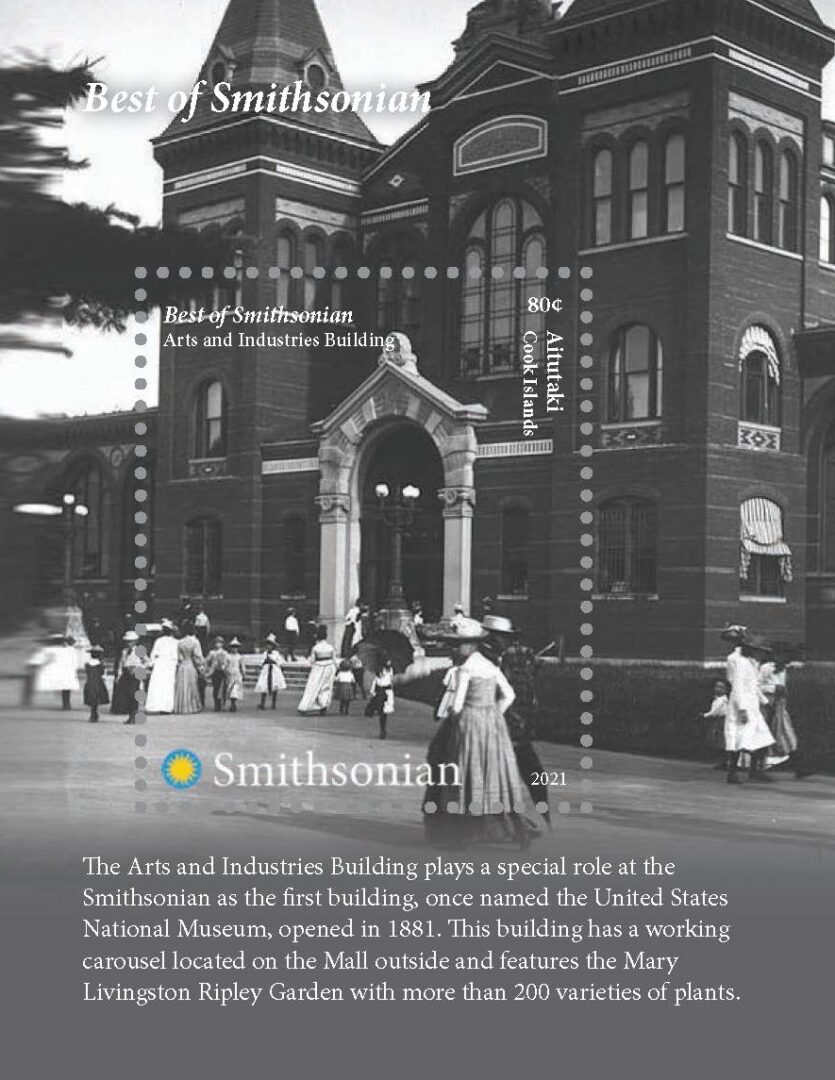 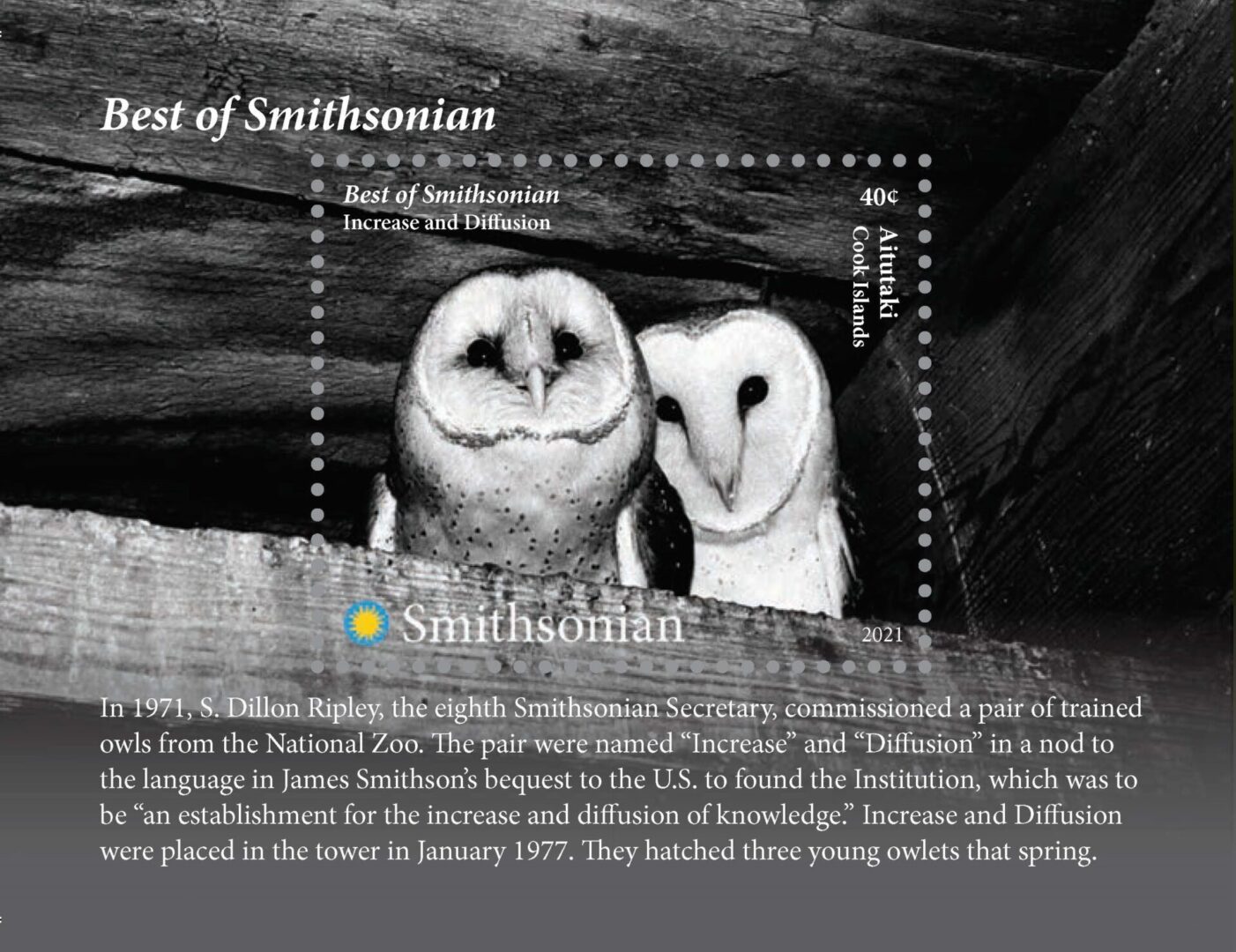 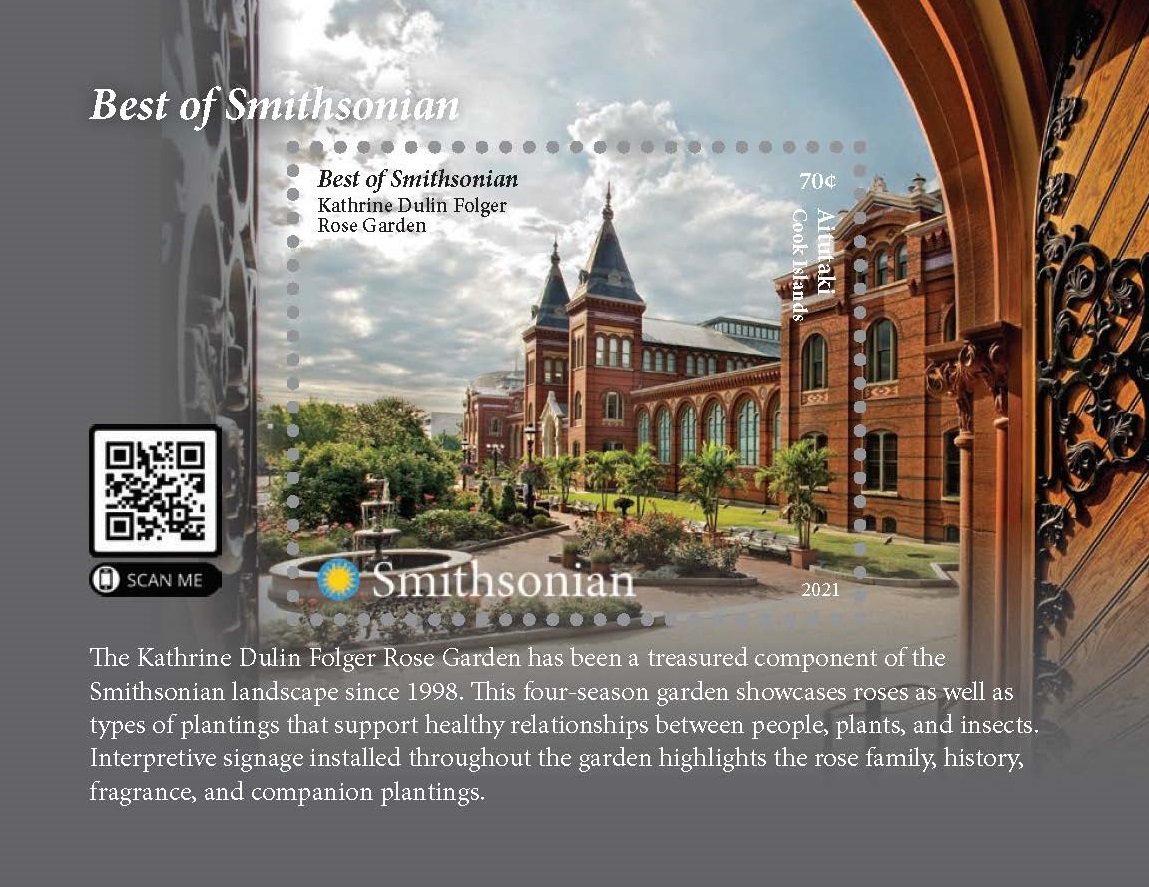 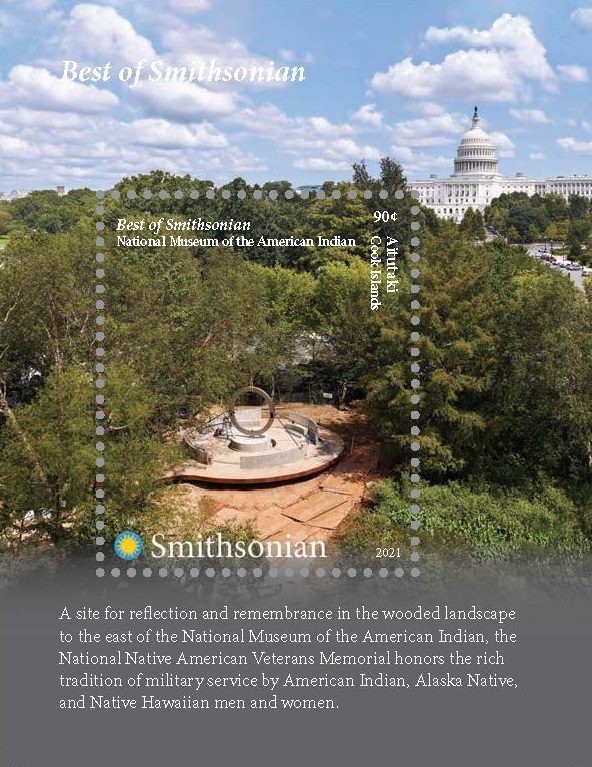