In trying to track new stamp releases from around the world, it can often be confusing exactly which are actual valid stamps and which are not.  My most recent “pet” project, tracking items dealing with the war and resulting humanitarian crisis surrounding Ukraine, has been a case in point.  In some ways, it has been very similar to the early days of COVID-19 when there were a great many non-stamps mixed in with the stamps that the major catalogue publishers would deem to include in the “official” stamp listings.

I am still debating whether or not to include stamps sold by agencies such as Stampera and the Inter-Governmental Philatelic Corporation as these have many inherent problems and are extremely disliked by the majority of philatelists.  Many collectors have already seen the Ukraine-related issues printed using the name of Sierra Leone but which have nothing to do with that nation at all.  Should I include them for completeness or not, especially when employees of Ukrposhta itself deemed them as tasteless, comical, and fake stamps?

I have already removed the Taiwan personalized labels from my Ukraine listings as these were clearly collector-created albeit printed by a postal service’s print-your-own service.  Including such items would be a never-ending task as most are never seen by anyone except for the end-user (creator).

The issue from Liechtenstein described in this article is a different breed altogether.  It is NOT a part of the regular stamp-issuing program of Liechtensteinische Post AG but is being promoted by its philatelic division. This has brought understandable confusion within the stamp collecting community.

The stamp was produced as a partnership between UNICEF and dieMarke.li, the latter being Liechtenstein Post’s official personalized stamp division (another print-your-own service).  However, in addition to printing personalized stamps utilizing customers’ submitted designs, they also regularly release items for the general public. Liechtenstein itself has two or three dieMarke.li miniature sheets in the Coronavirus topical. 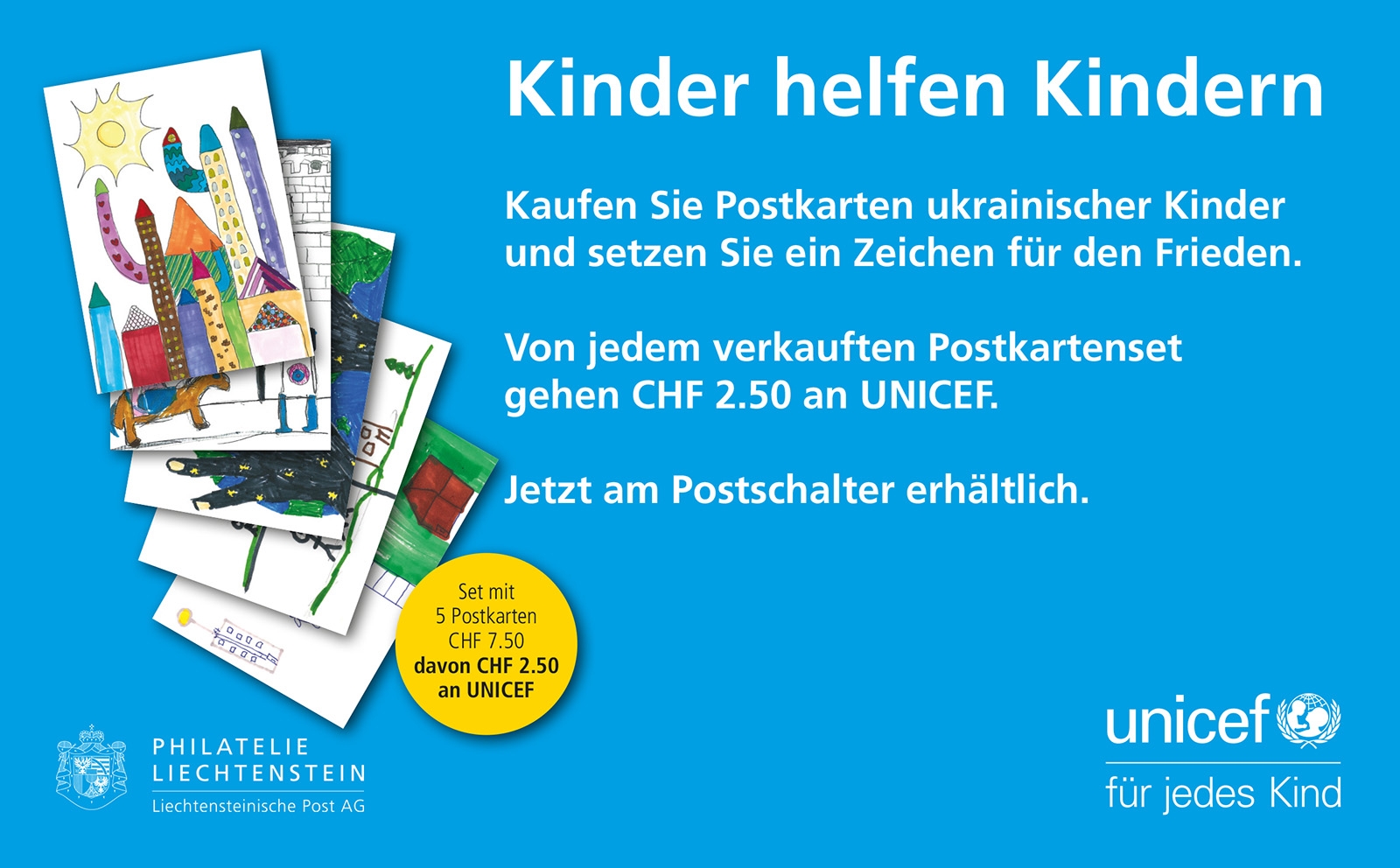 Some other postal services issue similar official personalized releases to the general public including those of Greece and Austria (the latter’s Ukraine aid stamp was a true semi-postal  rather than a personalized one). Why do they sometimes issue actual postage stamps and why sometimes personalized issues?  I am not certain other than they can be quickly (and less expensively) produced without having to go through the months of planning as “regular” stamps must endure.  I never really came across personalized stamps at all, official or not, before having to deal with them in the early days of the pandemic so my knowledge is a bit less than what others may know.  Please enlighten me in the comments if I have misstated anything.

The Children Helping Children stamp and its accompanying postcard series will see donations sent to aid projects for children from Ukraine. For every 1.60-franc stamp sold, 50 centimes will go directly to UNICEF.  It is printed in the standard diMarke.li format of 20 stamps to the sheet. The postcard sets (which do not have pre-printed stamp indicia) use artwork created by Ukrainian children; for every set of five cards sold for CHF 7.50, CHF 2.50 is donated to the campaign. 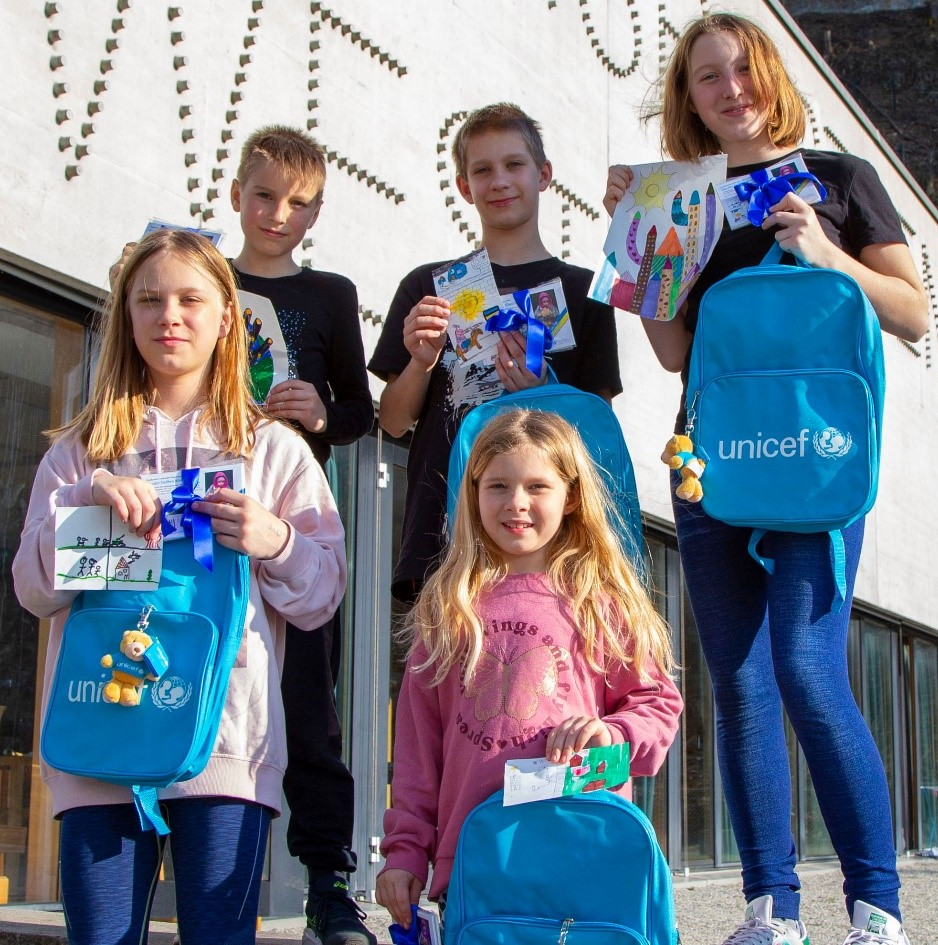 Thus, the stamp is a semi-postal (1.10 postage value + 0.50 surcharge).  Since it is printed by dieMarke.li, it is also an official personalized stamp.  As such, unfortunately, most of the major catalogue publishers will not include it amongst their listings.  That, I think, is a shame.

The most of the major publishers also do not include agency releases (so the aforementioned Sierra Leone stamps will remain without catalogue numbers). I like to have my stamps catalogued, it keeps them organized and are useful for keeping track of their value should you wish to.  Saying all of this, I must restate that everyone — especially the longer they have been in the hobby — chooses what they add to their collection.  Some collect by catalogue, some by subject matter or other parameters.  If it pleases you, by all means add it to your collection.

Another problem, from my viewpoint in trying to report on New Issues, is that many of these types of releases do not have an actual release date.  Personalized items promoted by a postal service and sold by them are usually available immediately, only occasionally announced by a press release.  For this Liechtenstein release, I received an email announcing it on 4 April so I am assuming this is also the on-sale date.  Unfortunately, there will not be any official first day covers produced for this very worthy stamp. 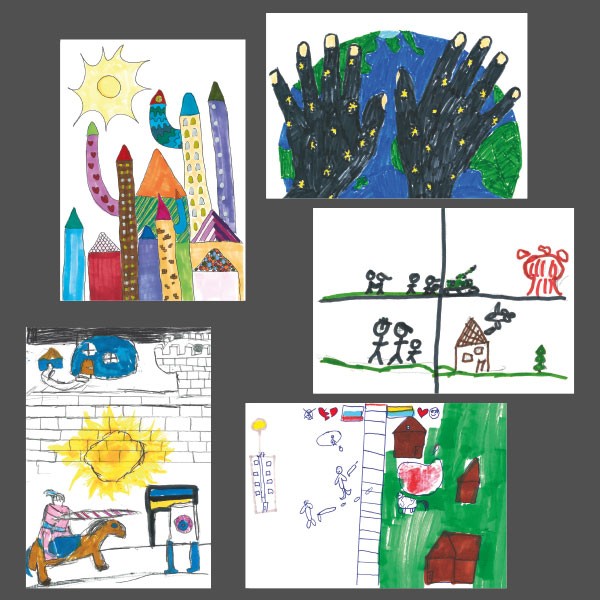 In conclusion, although this isn’t an “official” postage stamp in the regular release schedule for 2022, it is indeed something you can be proud to add to your collection despite the lack of a Scott or Stanley Gibbons number (I think Michel will assign one).  I feel much better purchasing something like this rather than spending money on glossy mini-sheets picturing so-called Celebrities Who Support Ukraine. Until Stampera and the other agencies can prove they will make some sort of donation to refugees from this conflict, I refuse to buy those types of releases.  I think, however, I will probably list those in the near future so other collectors can make their own choices.

In the comments below, please tell me your opinions of agency releases.  We used to call these “Sand Dunes” as most were on the Arabian peninsula; nowadays, most of them are in Africa and the Pacific but printed by one of three or four agencies. 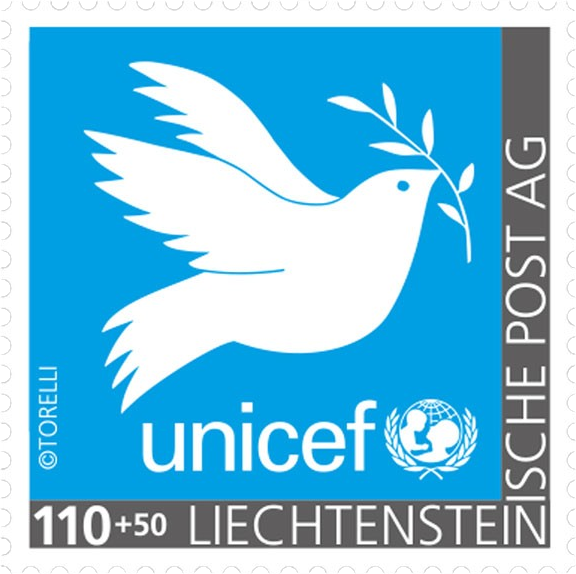 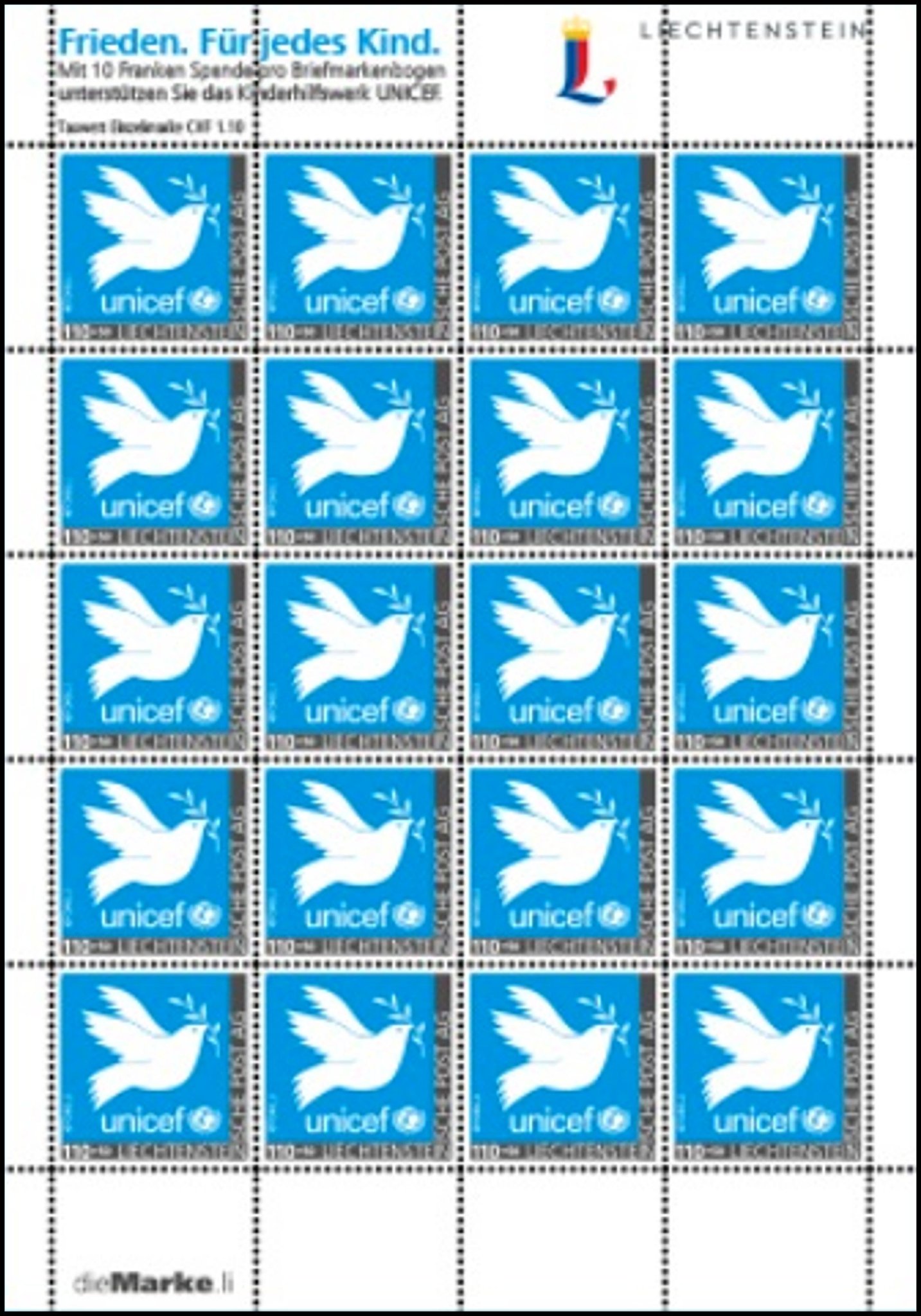 set of 5 postcards by diMarke.li 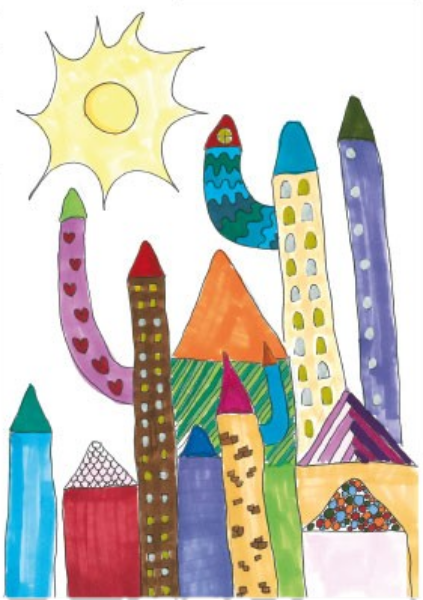 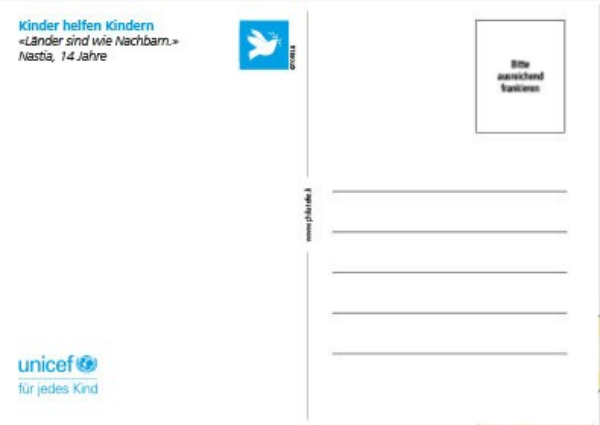 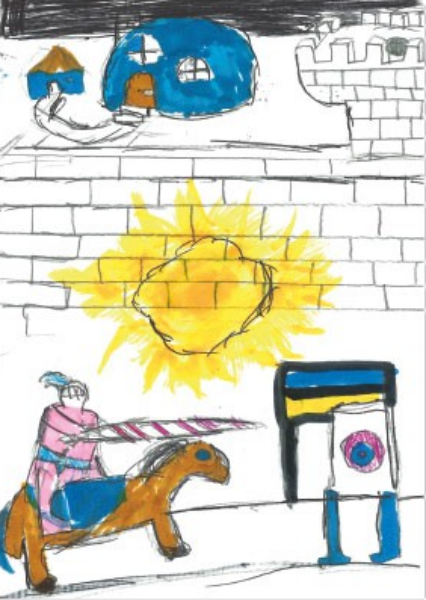 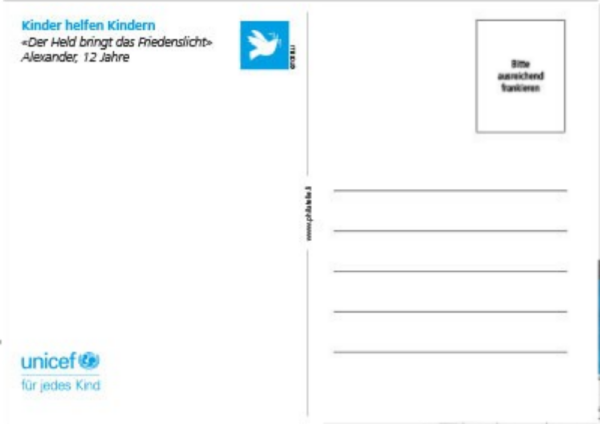 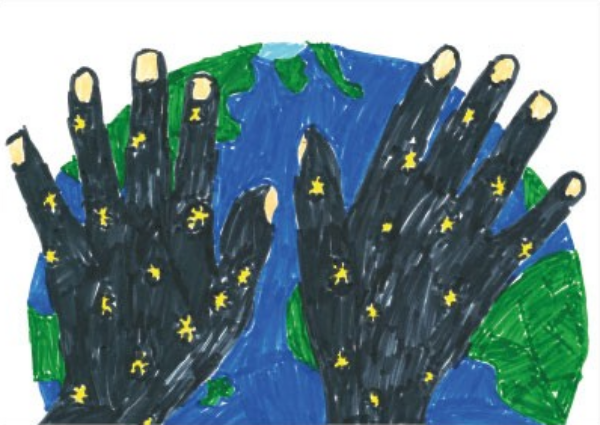 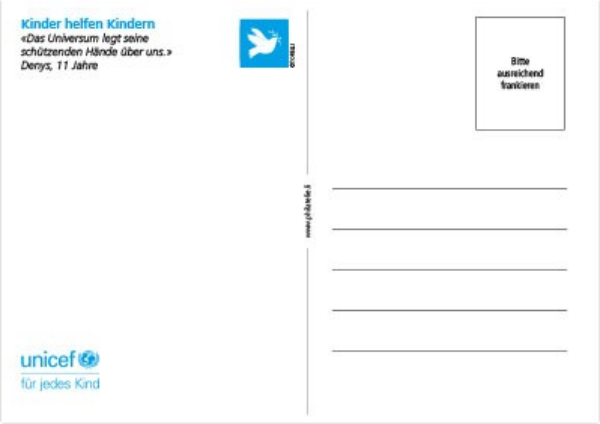 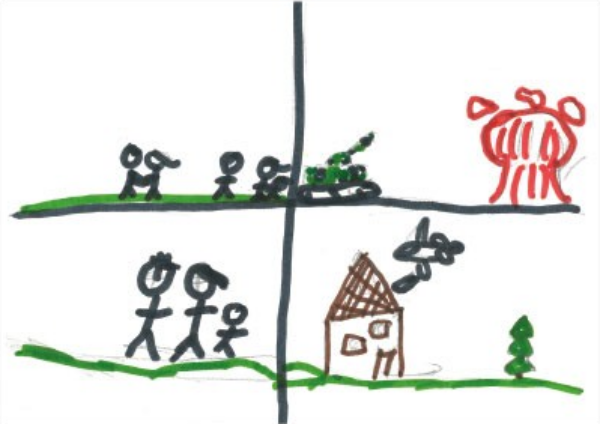 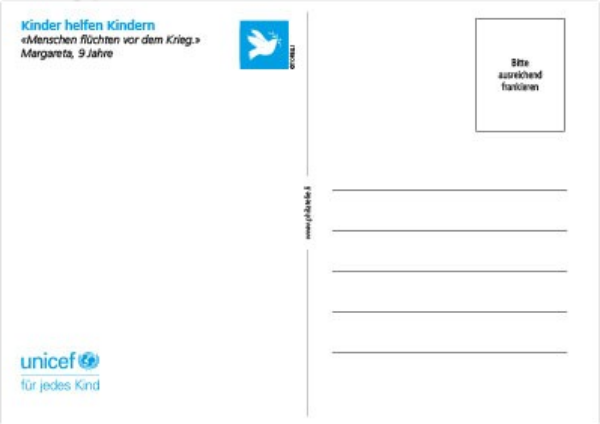 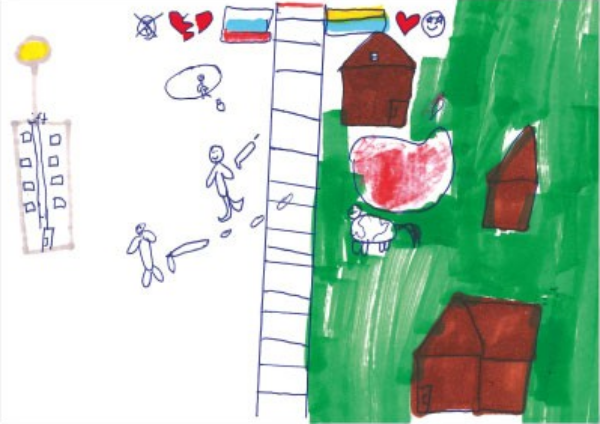 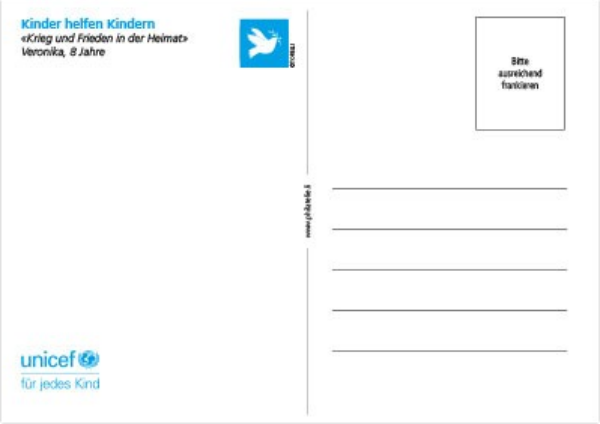 The invasion of neighbouring Ukraine by Russian troops has caused worldwide consternation and bewilderment. The beginning of the war was a reason for many Ukrainians to leave their homeland with their families and seek protection abroad. In many European countries, their arrival has triggered a wave of solidarity and helpfulness that has never been seen before in Europe.

Philately Liechtenstein has decided to support the international children’s charity UNICEF and its aid projects for children from Ukraine with a charity campaign and to set an example for peace together.

Help us!
Stamps:
For every stamp sold, we donate 50 centimes to UNICEF.

Postcards:
A postcard set with 5 different motifs self-painted pictures of children from Ukraine for the price of CHF 7.50 Of each postcard set sold, CHF 2.50 goes to UNICEF. With the motifs of the postcards, the children want to carry their personal messages for peace into the world.

Help us and send your messages out into the world! Each postcard contains on the back the child’s first name, the age and the self-chosen title of the picture. 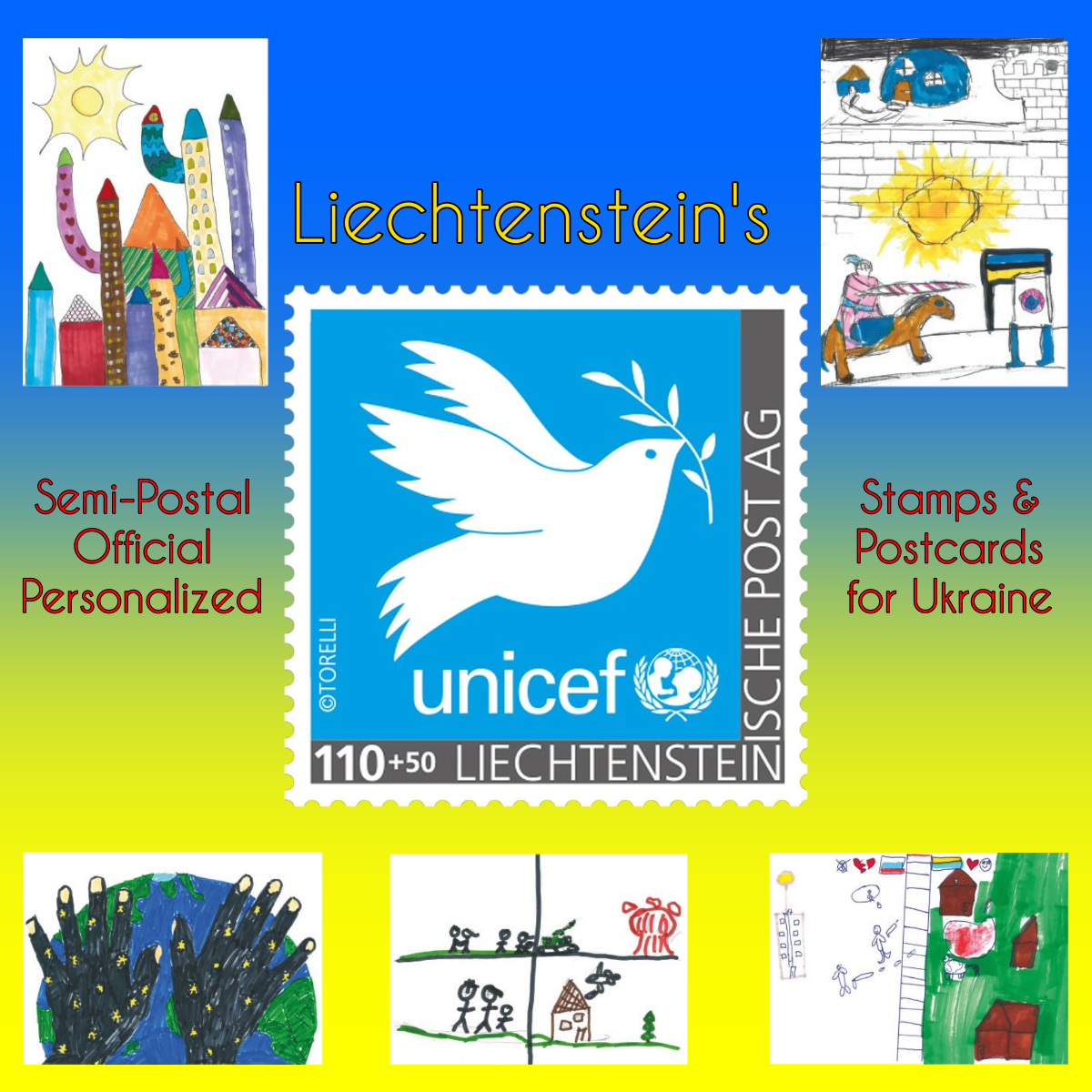