Norfolk only issues a handful of stamps each year and the topics are always interesting.  A pair of stamps were issued by the Australian territory on 19 January depicting watercolor drawings of historical views by an artist who likely never visited the island himself. 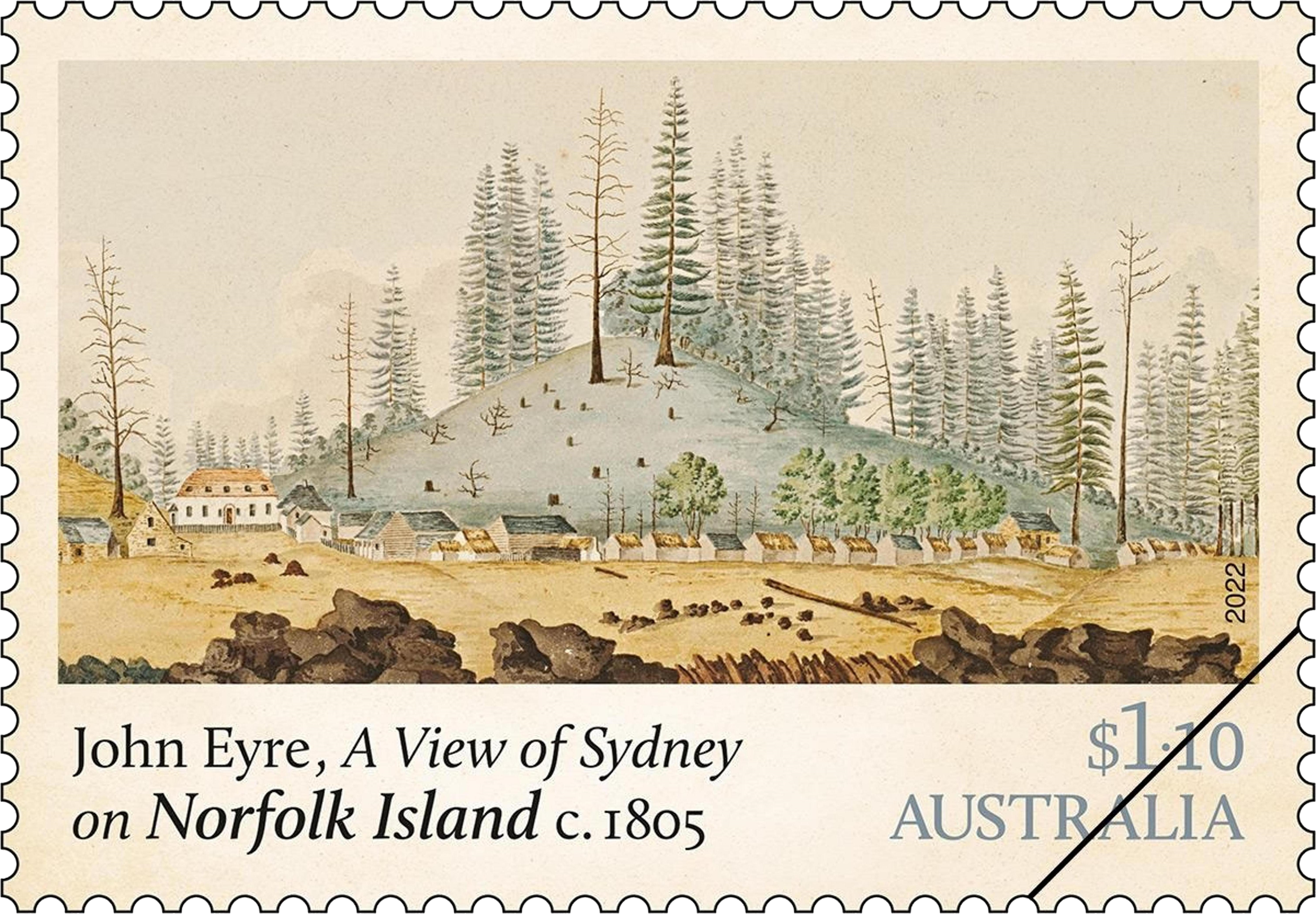 The town of Sydney, on Norfolk Island’s rocky coast, was founded in March 1788 by Philip Gidley King. The area is now Kingston, the administrative centre of Norfolk Island and part of the Kingston and Arthur’s Vale Historic Area World Heritage site. 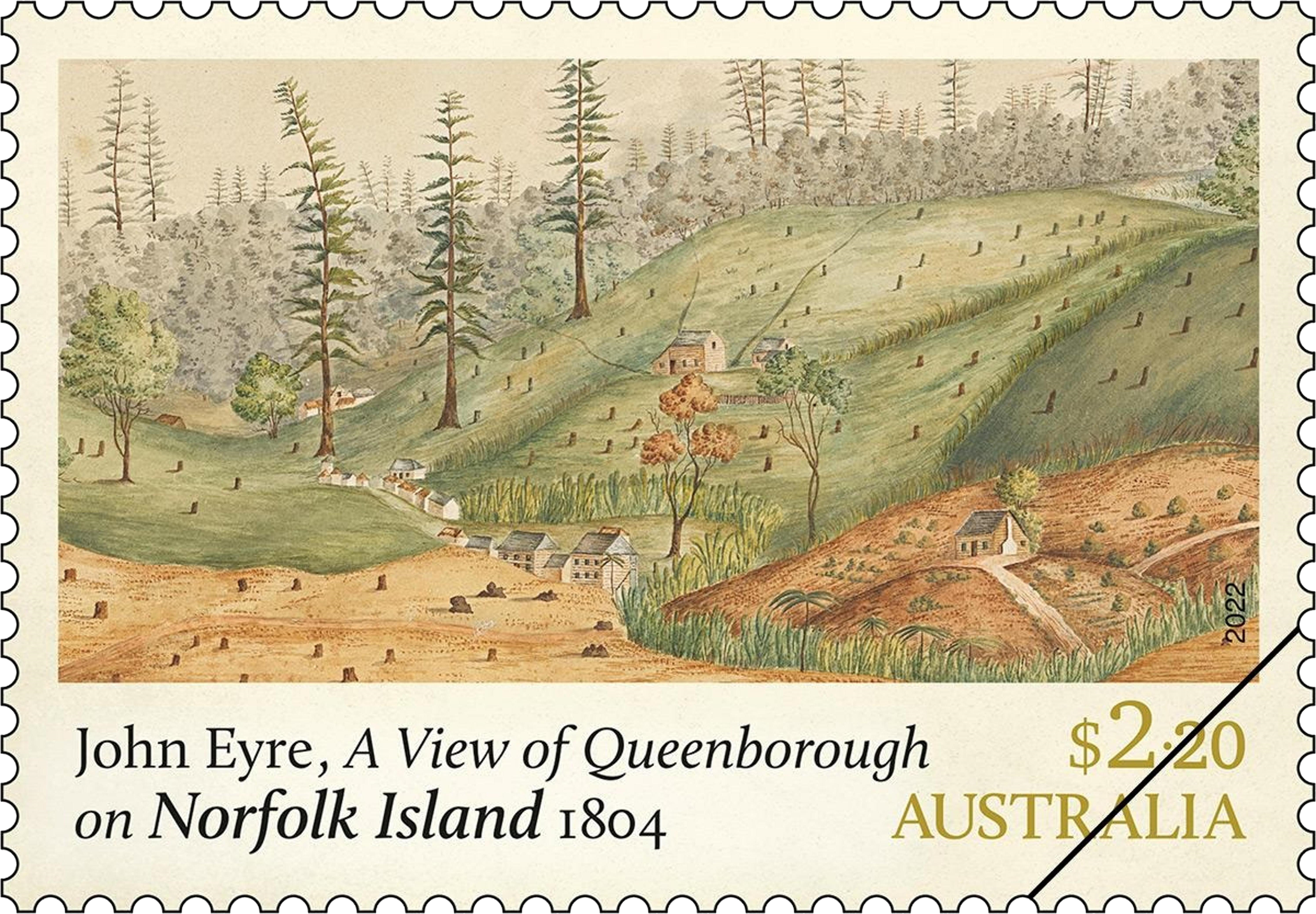 The settlement of Queenborough, originally known as Charlotte Field (named for Queen Charlotte, wife of King George III), was established in June 1790 in a protected valley, south of what is now the island’s airstrip. The fertile land was cleared, crops planted and buildings constructed. Queenborough became the most important agricultural area on the island during the first British settlement. In the 1840s, the area was renamed Longridge Station, now Longridge. 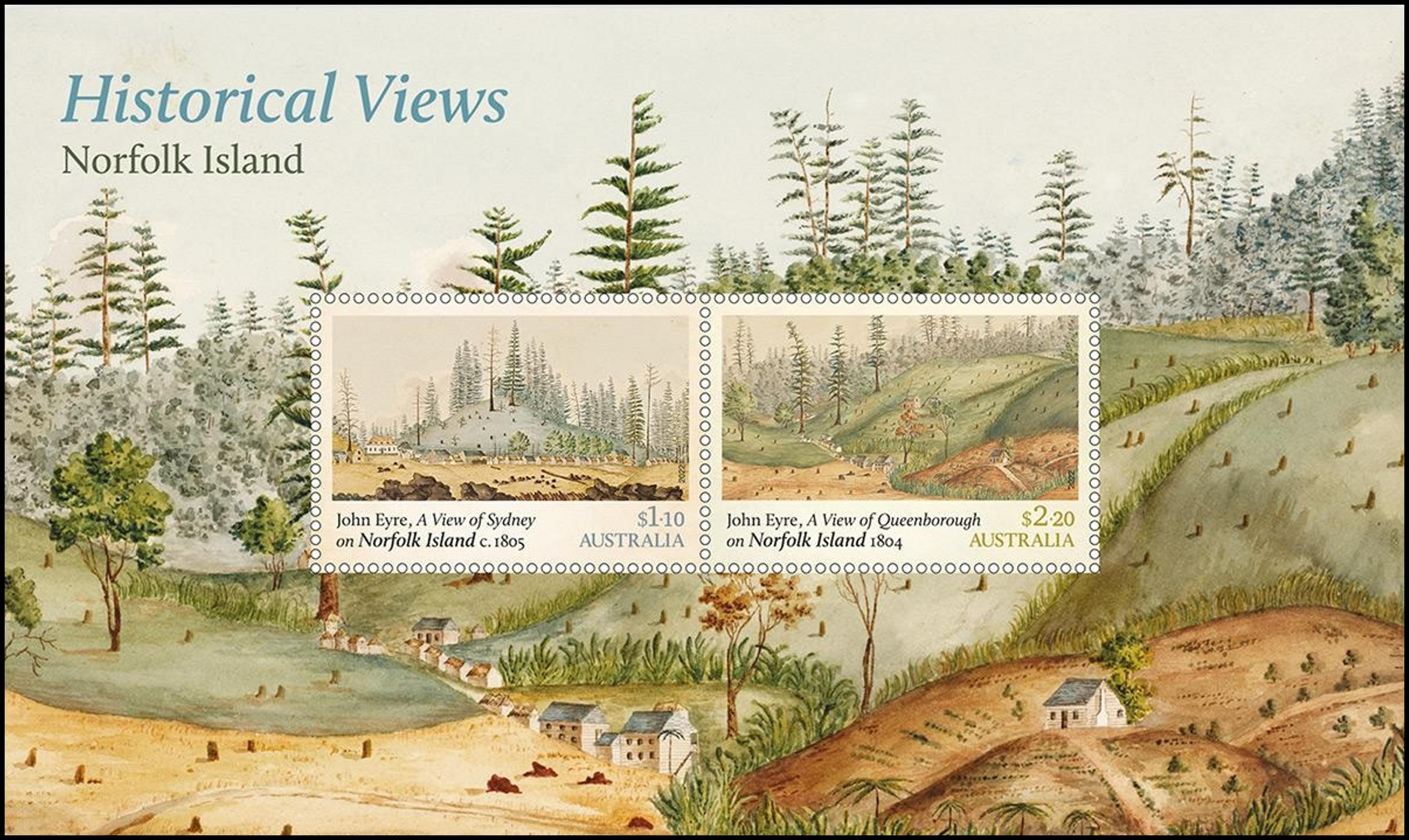 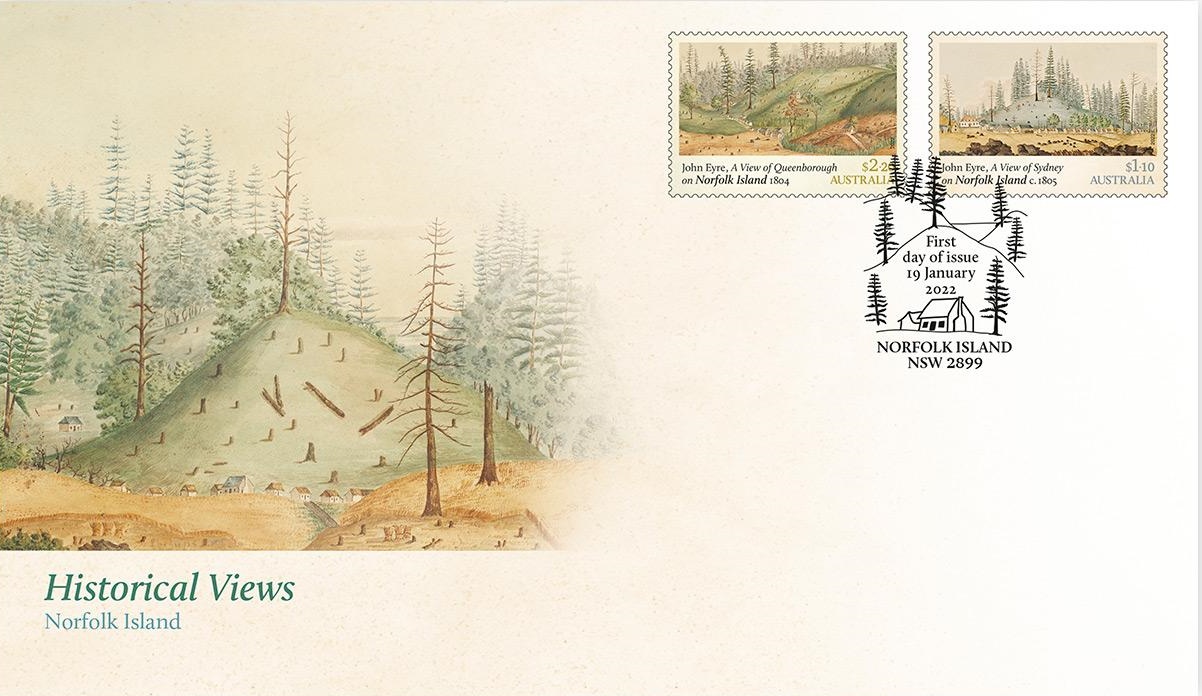 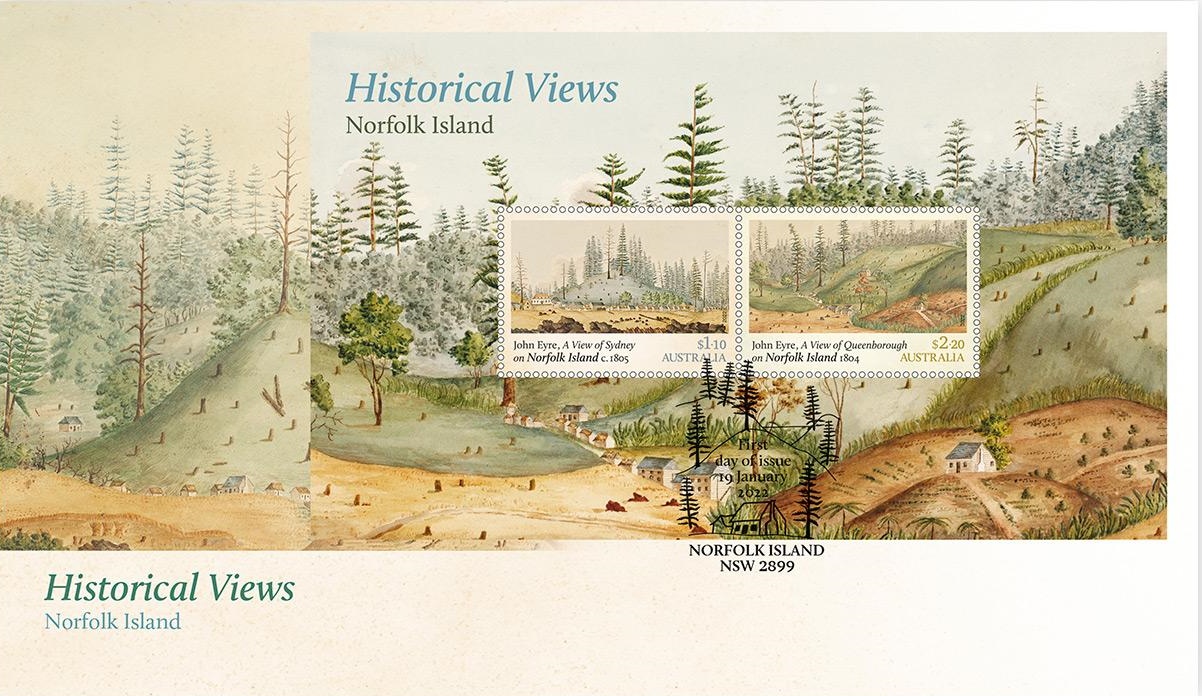 When ships of the First Fleet visited Australia in 1788, and Norfolk Island soon after, artists (naval officers, such as William Bradley and George Raper, and pardoned convicts, such as John Eyre) took the opportunity to create works featuring landscapes, flora and fauna.

John Eyre was born at Coventry, England, in 1771. He became an apprentice weaver and is believed to have studied drawing. In 1799 he was sentenced to seven years for housebreaking and transported to New South Wales. Following a conditional pardon in 1804, Eyre purchased a box of watercolours and began taking commissions, including for Governor William Bligh and David Mann (for the latter’s The Present Picture of New South Wales, published in 1811). He also created several drawings for Absalom West, who published series of engraved Sydney scenes. It is believed that Eyre left for Europe in 1812, after which time little is known. Eyre’s original works can be found in the British Museum, the State Library of New South Wales and the National Library of Australia.

There is no evidence that Eyre ever visited Norfolk Island. His charming watercolours featured in this stamp issue (depicting Queenborough, now Longview, and Sydney, now Kingston) make use of earlier drawings by Norfolk Island storekeeper, and later deputy commissioner, William Neate Chapman (1773?–1838). Chapman was a family friend of British lieutenant Philip Gidley King (1758–1808), who became the island’s governor and is believed to have commissioned Eyre’s paintings.