Postal services in the Principality of Andorra are unique in that they are not operated by the country itself, but by its two larger neighboring countries, Spain and France. Correos of Spain and La Poste of France operate side by side. Both postal administrations issue their own postage stamps for use in Andorra featuring unique designs, as those of Spain and France are not valid. If you are interested in the stamps of Andorra, I highly recommend joining the Andorran Philatelic Study Circle; their website contains numerous articles originally published in the group’s journal, Valira Torrent, including a detailed four-part series on the postal history of the principality. 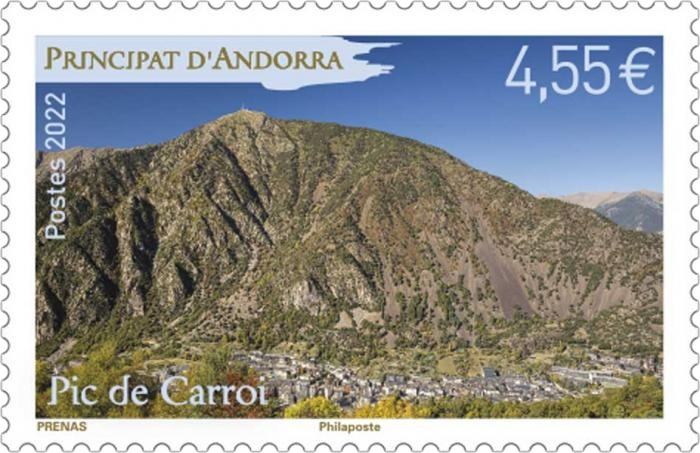 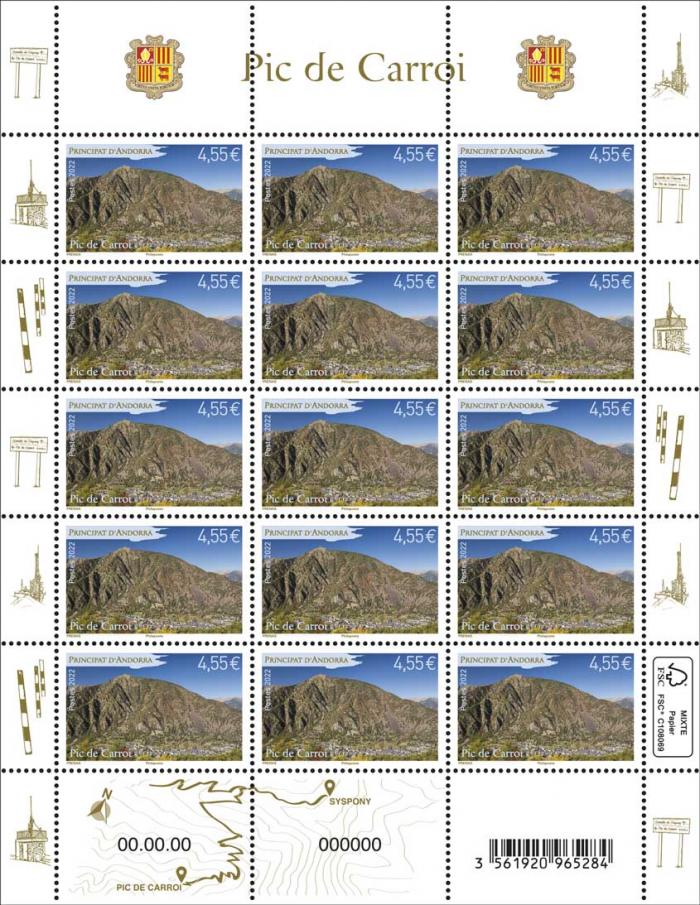 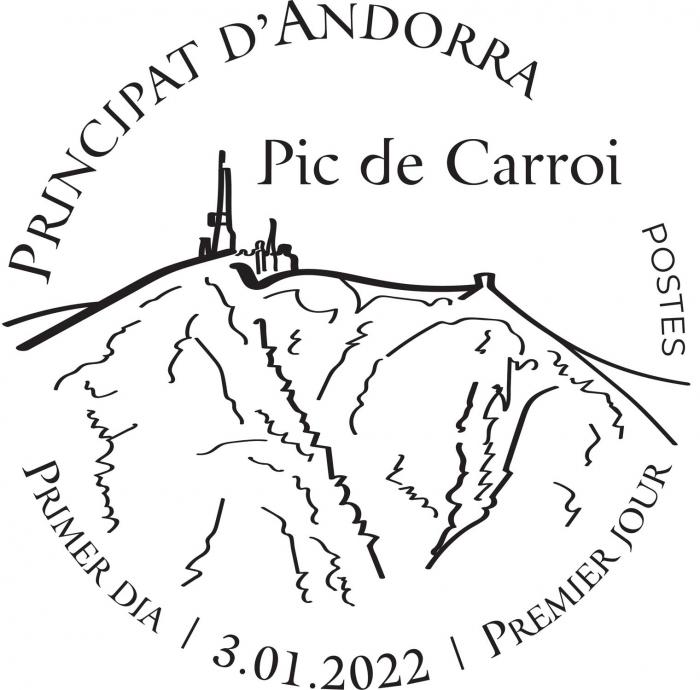 Pic de Carroi is a mountain peak in Andorra. It is located in the southwestern part of the country, two kilometers west of the capital Andorra la Vella. The peak of Pic de Carroi is 2,305 meters above sea level, or 72 meters above the surrounding terrain. The width at the base is 0.82 km.

In the area around Pic de Carroi grows mainly coniferous forest. Inland climate prevails in the area. The annual average temperature in the area is 5°C. The warmest month is July, when the average temperature is 17°C, and the coldest is December, with -5°C. Average annual average average annual average is 1,002 millimetres. The wettest month is November, with an average of 121 mm of precipitation, and the driest is December, with 60 mm of precipitation. The area around Pic de Carroi is quite densely populated, with 67 inhabitants per square kilometer. 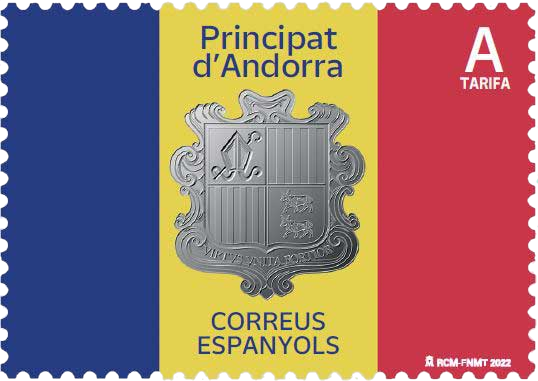 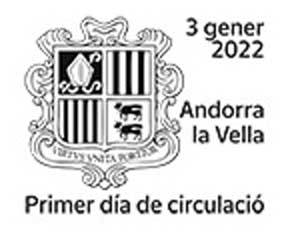 The flag of Andorra (Catalan: Bandera d’Andorra) is the national flag of the Principality of Andorra and features a vertical tricolor of blue, yellow, and red with the coat of arms of Andorra in the center. Although the three vertical bars may at first appear to be of equal width, the center yellow bar is slightly wider than the other two so that the ratio of bar widths is 8:9:8 with an overall flag ratio of 7:10.

A variant of the flag is said to have been created in 1866, although the design was standardized in 1993 after Andorra joined the United Nations.

The design is related to the flags of France, Spain, Catalonia and Foix, the lands historically linked with the small country. The coat of arms of Andorra in the center of the flag contains historical symbolism to Bishop of Urgell, Count of Foix, Catalonia, and the Viscounty of Béarn. The inclusion of the coat of arms makes it one of 28 national flags to contain overtly Christian symbolism and it is the only national flag to portray cattle. A flag of three bars is similar to that of the French Tricolor, while the pattern of a wider middle stripe can be noted on the Spanish flag. The motto in the coat of arms (written in Goudy Old Style) in the middle stripe Virtus Unita Fortior means “Virtue United is Stronger”. The blue and red of the Andorran flag are also found on the French flag, with red and yellow also being the colors of the Catalan flag (as the old royal symbol of the Crown of Aragon) and the arms of the old County of Foix (currently part of France).

The design is similar to the flags of Romania, Moldova, and Chad. All of these are vertical tricolors of blue, yellow, and red, and all have stripes of equal width.