The first Algerian stamp for 2022 was issued on 9 January commemorating the 2021 Africa Cup of Nations currently being held in the middle of the COVID-19 pandemic in Cameroon despite the presence of the highly contagious Omicron variant of the virus.  This is the 33rd edition of the Africa Cup of Nations, the biennial international men’s football championship of Africa organized by the Confederation of African Football (CAF). The tournament is being hosted by Cameroon with the first matches held on Sunday, 9 January in which Cameroon beat Burkina Faso 2-1 and Cape Verde came out ahead of Ethiopia 1-0.  Competition continues until 6 February.

The tournament was originally scheduled to take place between 9 January and 6 February 2021. The preliminary round and two matchdays of the qualifying group stage had already been played between 9 October and 19 November 2019. The third and fourth matchdays of the qualifying group stage, which were initially scheduled to take place from 23 to 31 March and 1 to 9 June 2020 respectively, were postponed and all remaining qualifying matches rescheduled due to the outbreak of the COVID-19 pandemic across the African continent.

On 19 June 2020, the CAF stated it was undecided about when continental competitions would resume, and were prioritizing new schedules for the 2019–20 CAF Champions League and the 2019–20 CAF Confederation Cup semi-finals, the postponed 2020 African Nations Championship and the 2020 Africa Women Cup of Nations, alongside the 2021 Africa Cup of Nations, as football competitions across the continent had been postponed, cancelled or suspended.

On 30 June 2020, the CAF announced the rescheduling of the tournament to January 2022 “after consultation with stakeholders and taking into consideration the current global situation” according to a published statement, with new dates to be announced at a later date. The name 2021 Africa Cup of Nations was retained for sponsorship purposes. Subsequently, other continental competitions and events to be held were rescheduled or cancelled, including new dates for the remaining AFCON qualifiers, which were now to be completed by March 2021. On 31 March 2021, it was confirmed that the final tournament would take place from 9 January to 6 February 2022, exactly one year after its originally scheduled start date.

With the Africa Cup of Nations expanded from 16 to 24 teams, six venues are being used across five Cameroonian cities. The six stadiums selected to host matches are the Olembe Stadium and Stade Ahmadou Ahidjo in the capital Yaoundé, the Japoma Stadium in Douala, the Limbe Stadium in Limbe, the Kouekong Stadium in Bafoussam and the Roumde Adjia Stadium in Garoua. The opening match of the tournament took place at the newly built 60,000 seater Olembe Stadium in Yaoundé.

Algeria (two-time winners) are the defending champions, having won the 2019 edition.  The team met Sierra Leone on Day 3 (11 January) but the match was scoreless.  Algeria are scheduled to play Equatorial Guinea on Sunday, 16 January and Ivory Coast on Thursday, 20 January.  All of these games were scheduled to be played at Japoma Stadium, located in the Japoma locality in Douala. It is a 50,000-capacity all-seater multi-purpose stadium which has football, basketball, handball, futsal, volleyball and tennis courts, an Olympic swimming pool of 8 lanes, conference centers, commercial centers, a luxury hotel and a parking lot. The stadium also has an athletic track. Construction began on 21 February 2017 and completed on 30 November 2019. 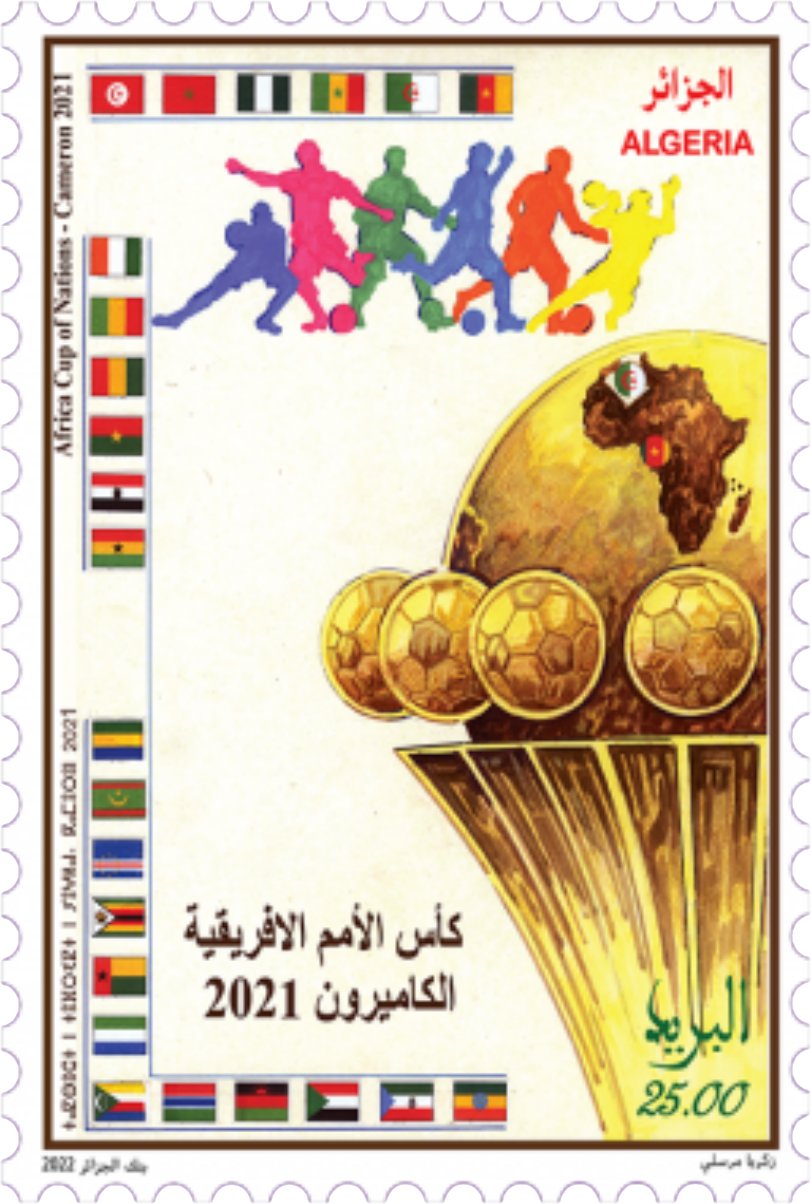 From the Philatelic Bulletin:

The Africa Cup of Nations, known as (CAN) and sponsored by the TotalEnergies group, will have its 33rd edition from 9 January to 6 February 2022, since its creation in 1957 by the Confederation of African Football.

Scheduled for 2021, the edition that Cameroon will host, for the second time after that of 1972, has been postponed to 2022 due to the Covid-19 pandemic.

The risk of a second postponement has once again hovered, in recent weeks under the pressure of the big European clubs, refusing to release their African players, before the State of Cameroon and the new President of the Cameroonian Football Federation (FECAFOOT), the former star Samuel Eto’o, with the support of the President of CAF, the South African Patrice Motsepe, do not impose their decision and the holding of this competition eagerly awaited by the fans of the African round ball.

Six (06) Cameroonian cities will host the largest football event on the continent and seven (07) stadiums will be made available to the 24 participating teams, the same number as in 2019 in Egypt which has grouped this number for the first time in history.

For its part, Algeria, holder of the title in 2019 (after that of 1990 in Algiers), will travel to Cameroon to defend a crown that it brilliantly won under the leadership of coach Djamel BELMADI and an exceptional generation of footballers. 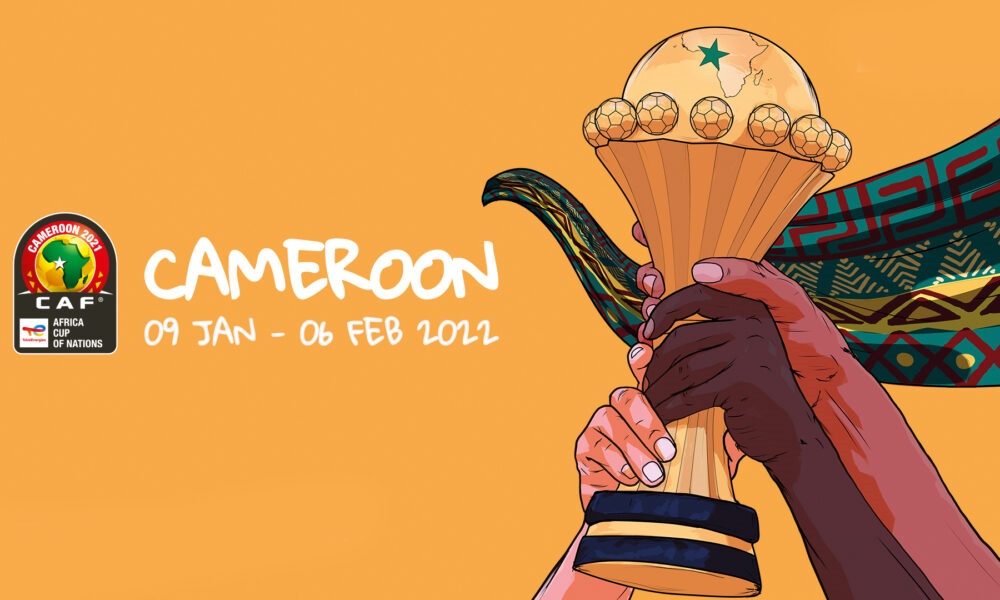