NOTE: This post was written for my postcards blog and published there on 15 June 2021. As I ran out of time for my planned 4th of July post today, I decided that it would suffice but with a first day cover rather than the postcard that illustrated the original article. I hope that you don’t mind.

I began collecting stamps sometime in late 1973 or early 1974, just at the start of the build-up to the American Revolution Bicentennial celebrations which culminated on Sunday, July 4, 1976, with the 200th anniversary of the adoption of the Declaration of Independence. My mother helped my sister and myself to become excited about U.S. history during this period and she bought us both the USPS mint sets of stamps and coins in 1975 and 1976. My sister did not take up either hobby but I dove in head-first. We even visited Washington, D.C. about a year before the biggest events were to occur but most of the museums on the Mall were closed in preparation. 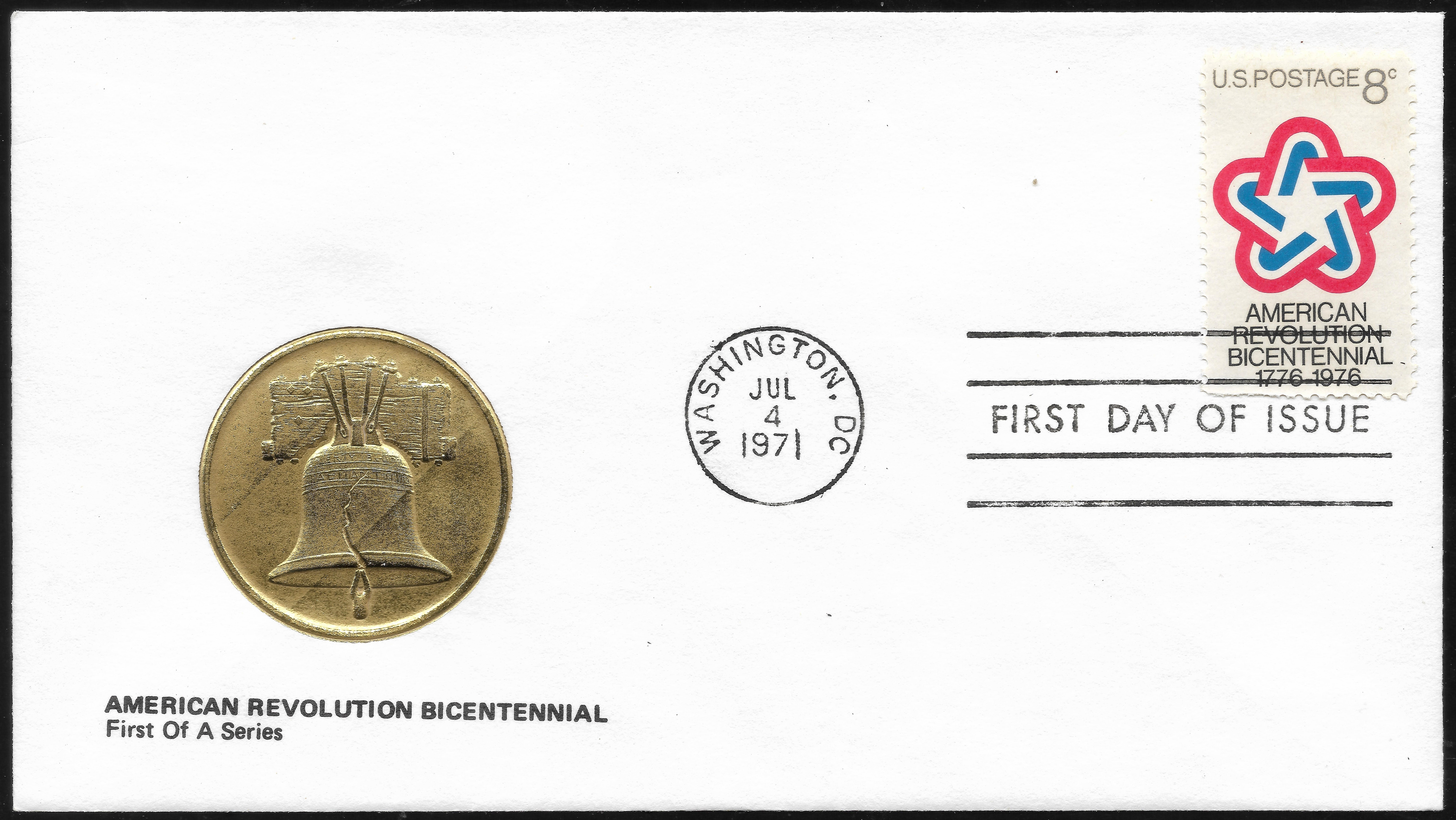 The stamp pictured on this first day cover was the first in what became the Bicentennial Series. It eventually comprised some 113 commemorative stamps (and numerous Bicentennial-themed definitives and postal stationery) issued between 1971 and 1983. The Mystic Stamp Company has a nice page displaying images of all of the commemoratives. During this period of collecting, I had many of the earlier Bicentennial stamps from the mint sets and several more were obtained later on first day covers when I became a member of the Postal Commemorative Society (the first FDC I received through them was the 1977 Charles Lindbergh issue).

During my college years and for a while afterwards, I stopped collecting stamps; when I resumed, I specialized in several small island countries and lost track of U.S. issues. I quit collecting again for perhaps ten years but my move to Thailand about 15 years ago caused me to take up the hobby once again. It has only been within the last two or three years that I rediscovered the Bicentennial Series and began purchasing those that I never owned during my childhood. These include the four beautiful souvenir sheets issued on 29 May 1976 at the big INTERPHIL ‘76 philatelic exhibition in Philadelphia, Pennsylvania, as well as many of the numerous postal cards that the USPS issued to mark the bicentennial of some of the more obscure, but important battles of the Revolutionary War. 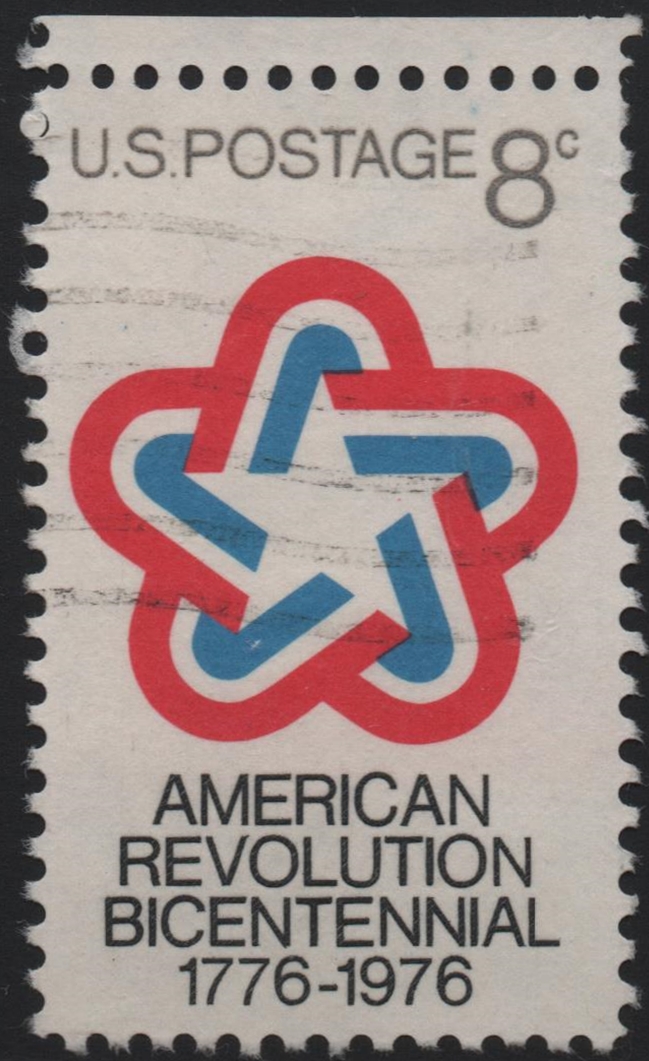 This first stamp of the Bicentennial Series was released on 4 July 1971 and designated #1432 in the Scott catalogue. It features the logo of the American Revolution Bicentennial Commission. Most of the stamps in the series would include this logo or the word “Bicentennial,” though not all of them. It was designed by Bruce N. Blackburn, co-designer of the modernized NASA insignia. The logo consisted of a white five-point star inside a stylized star of red, white and blue. It was encircled by the inscription American Revolution Bicentennial 1776–1976 in Helvetica Regular. The logo became a flag that flew at many government facilities throughout the United States and appeared on many souvenirs sold during this period. NASA painted the logo on the Vehicle Assembly Building at the Kennedy Space Center in 1976 where it remained until 1998 when the agency replaced it with its own emblem as part of 40th anniversary celebrations.

The United States has always commemorated the Founding as a gesture of patriotism and sometimes as an argument in political battles. Historian Jonathan Crider points out that in the 1850s, editors and orators both North and South claimed their region was the true custodian of the legacy of 1776, as they used the Revolution symbolically in their rhetoric.

The plans for the Bicentennial began when Congress created the American Revolution Bicentennial Commission on 4 July 1966. Initially, the Bicentennial celebration was planned as a single city exposition (titled Expo ’76) that would be staged in either Philadelphia or Boston. After 6½ years of tumultuous debate, the Commission recommended that there should not be a single event, and Congress dissolved it on 11 December 1973, and created the American Revolution Bicentennial Administration (ARBA), which was charged with encouraging and coordinating locally sponsored events. David Ryan, a professor at University College Cork, notes that the Bicentennial was celebrated only a year after the withdrawal from Vietnam in 1975 and that the Ford administration stressed the themes of renewal and rebirth based on a restoration of traditional values, giving a nostalgic and exclusive reading of the American past.

The official Bicentennial events began 1 April 1975, when the American Freedom Train launched in Wilmington, Delaware to start its 21-month, 25,388-mile (40,858 km) tour of the 48 contiguous states. On 18 April, President Gerald Ford traveled to Boston to light a third lantern at the historic Old North Church, symbolizing America’s third century. The following day, April 19, he delivered a major address in Concord, Massachusetts at the Old North Bridge where the “shot heard round the world” was fired, commemorating the 200th anniversary of the Battles of Lexington and Concord which began the military aspect of the American Revolution. On 31 December, the eve of the Bicentennial Year, President Ford recorded a statement to address the American people by means of radio and television broadcasts. Presidential Proclamation 4411 was signed as an affirmation to the Founding Fathers of the United States principles of dignity, equality, government by representation, and liberty.

Festivities in 1976 included elaborate fireworks in the skies above major American cities. President Ford presided over the Independence Day display in Washington, D.C. which was televised nationally. A large international fleet of tall-masted sailing ships gathered first in New York City on the 4th of July and then in Boston about one week later. These nautical parades were named Operation Sail (Op Sail) and witnessed by several million observers. The gathering was the second of six such Op Sail events to date (1964, 1976, 1986, 1992, 2000, and 2012). The vessels docked and allowed the general public to tour the ships in both cities, while their crews were entertained on shore at various ethnic celebrations and parties.

In addition to the presence of the ‘tall ships’, navies of many nations sent warships to New York harbor for an International Naval Review held the morning of 4 July 1976. President Ford sailed down the Hudson River into New York harbor aboard the guided missile cruiser USS Wainwright to review the international fleet and receive salutes from each visiting ship, ending with a salute from the British guided missile destroyer HMS London. The review ended just above Liberty Island around 10:30 am.

Queen Elizabeth II and Prince Philip made a state visit to the United States, toured the country and attended other Bicentennial functions with President and Mrs. Ford. Their visit aboard the Royal Yacht Britannia included stops in Philadelphia, Washington, D.C., Virginia, New York, Connecticut, and Massachusetts. While in Philadelphia on 6 July, Queen Elizabeth presented the Bicentennial Bell on behalf of the British people. The bell is a replica of the Liberty Bell, cast at the same foundry — Whitechapel Bell Foundry — and bearing the inscription “For the People of the United States of America from the People of Britain 4 July 1976 LET FREEDOM RING.”

A wave of patriotism and nostalgia swept the nation and there was a general feeling that the irate era of the Civil Rights Movement, the Vietnam War and the Watergate constitutional crisis of 1974 had finally come to an end. In Washington, D.C., the Smithsonian Institution opened a long-term exhibition in its Arts and Industries Building replicating the look and feel of the 1876 Centennial Exposition. Many of the Smithsonian’s artifacts dated from the 1876 World’s Fair in Philadelphia which commemorated the 100th anniversary of the independence of the United States. The Smithsonian also opened the new home of the National Air and Space Museum on July 1976.

NASA planned for Viking 1 to land on Mars on 4 July, but the landing was delayed to 20 July, the anniversary of the Apollo 11 lunar landing. On the anniversary of the signing of the Constitution, NASA held the rollout ceremony of the first Space Shuttle (which NASA had planned to name Constitution but was, instead, named Enterprise in honor of its fictional namesake on the television series Star Trek).

Many commercial products appeared in red, white, and blue packages in an attempt to tie them to the Bicentennial. Local observances included painting mailboxes and fire hydrants red, white, and blue. Many national railroads and shortlines painted locomotives or rolling stock in patriotic color schemes, typically numbered 1776 or 1976, and model railroad manufacturers quickly released bicentennial locomotives which were popular among children and adults. Many military units marked aircraft with special designs in honor of the Bicentennial.

The United States Olympic Committee initiated bids to host both the 1976 Summer and Winter Olympic Games in celebration of the Bicentennial. Los Angeles bid for the 1976 Olympics but lost to Montreal, Quebec, Canada. Denver was awarded the 1976 Olympic Winter Games in 1970, but concern over costs led Colorado voters to reject a referendum to fund the games and the International Olympic Committee awarded the games to Innsbruck, Austria, the 1964 host. As a result, there was no Olympics in the United States in 1976 despite a last minute offer from Salt Lake City to host. However, Lake Placid would host the 1980 Winter Olympics, Los Angeles would eventually be awarded the 1984 summer games, and Salt Lake City would also eventually be awarded the 2002 Winter Olympics.

George Washington was posthumously appointed to the grade of General of the Armies of the United States by the congressional joint resolution Public Law 94-479 passed 19 January 1976, with an effective appointment date of 4 July 1976. This restored Washington’s position as the highest-ranking military officer in U.S. history.

I still recall this period as one of the most important in my life as I developed many of the core values I still hold today. My patriotism was formed during this period (I turned 10 years old in December 1975); this was long before I discovered the roles my mother’s parents (yes, both of them) in the U.S. Navy of World War II and before I discovered the role one of my very distant ancestors played in the American Revolutionary War (and which led to his being the only non-Mason pallbearer at the funeral of George Washington himself). My interest in U.S. history has grown over time and has been strong for nearly 50 years now. 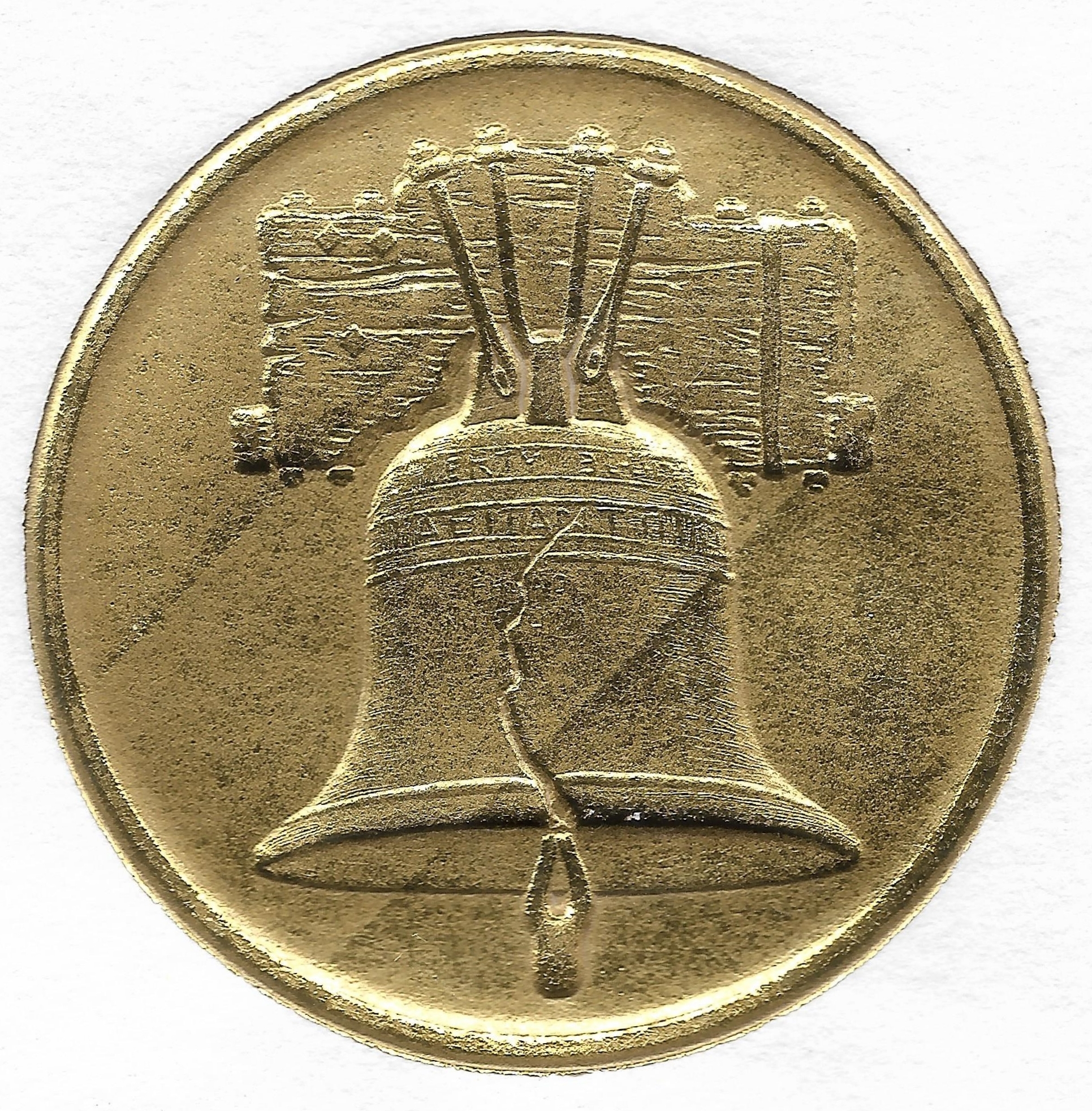