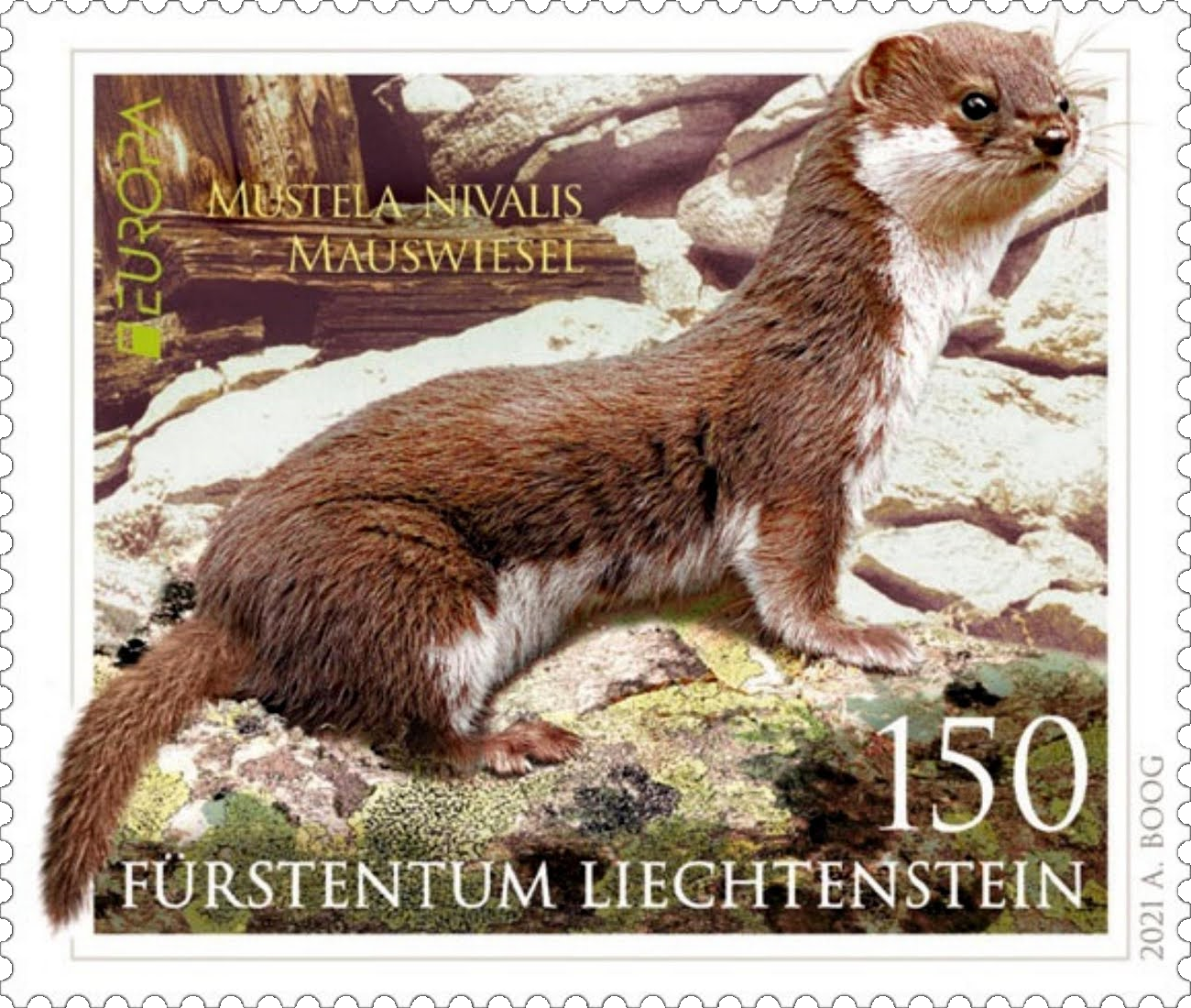 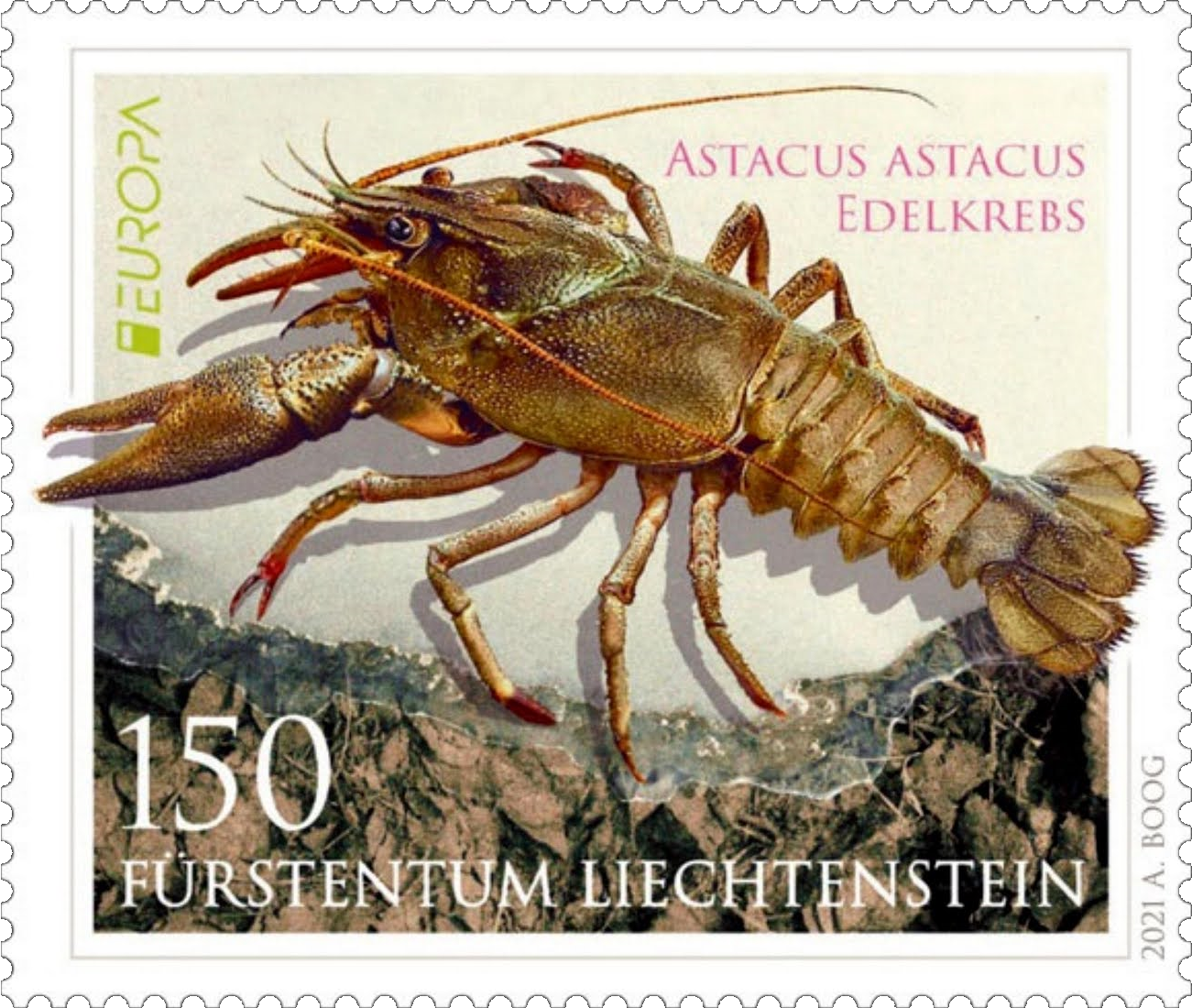 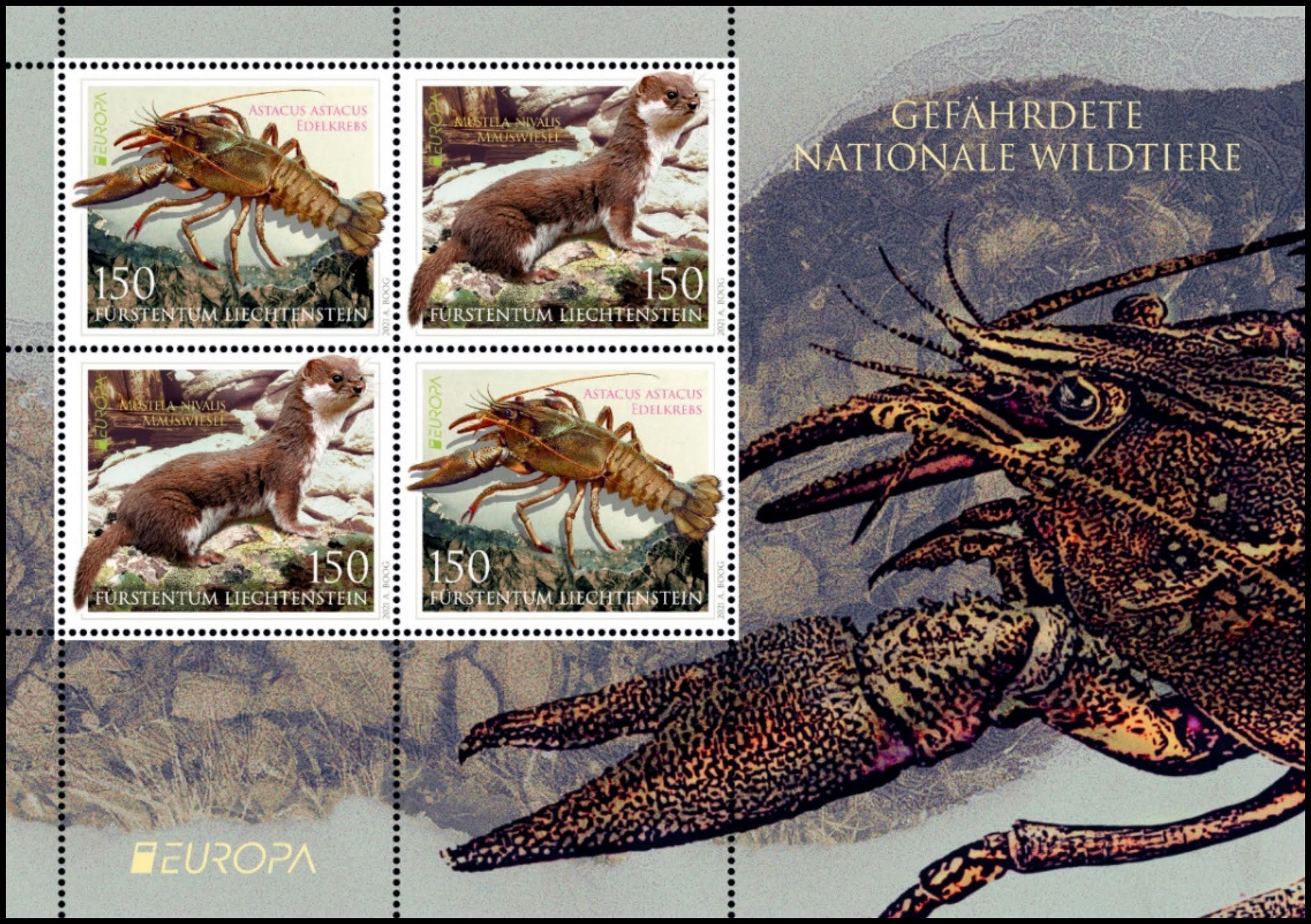 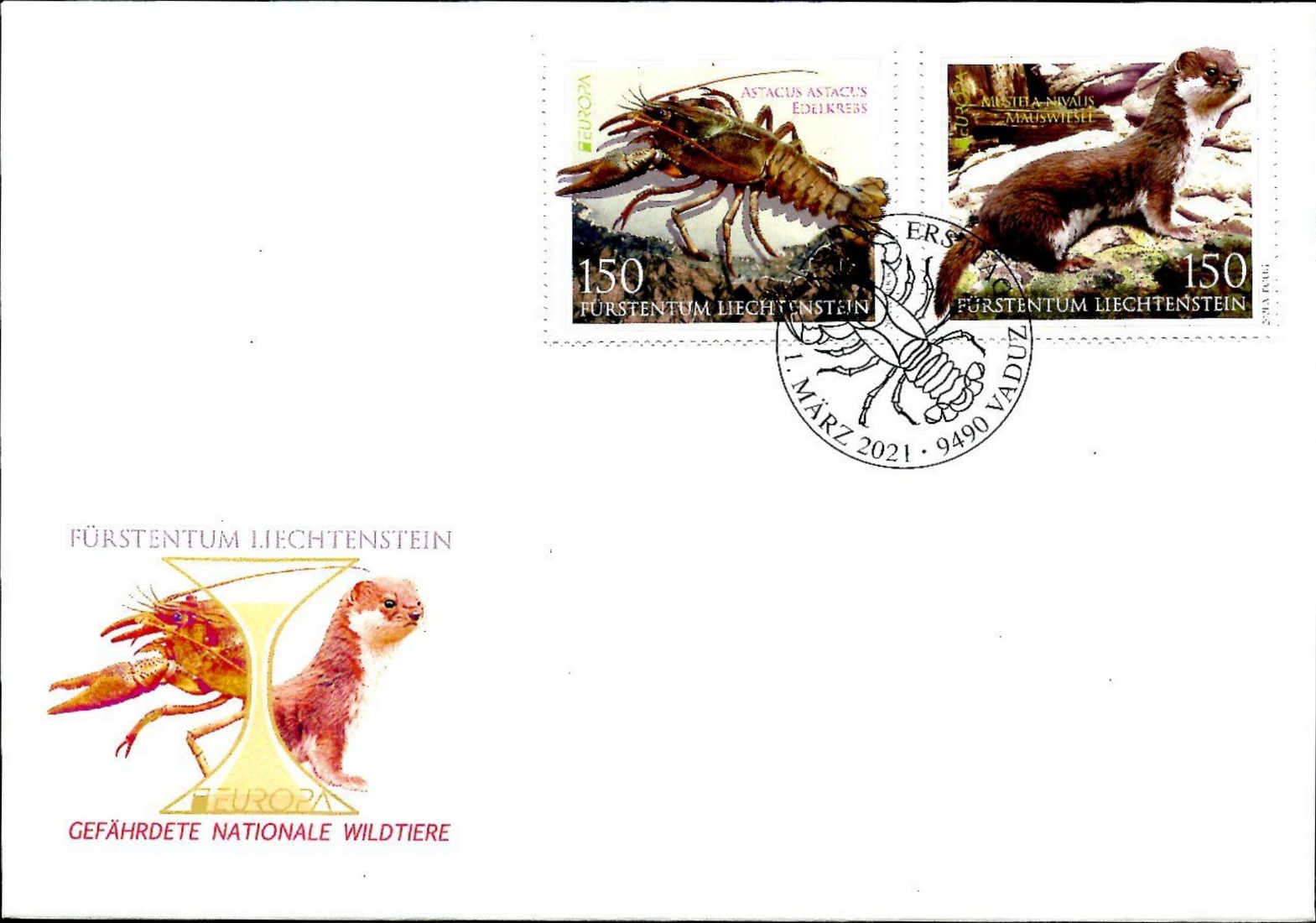 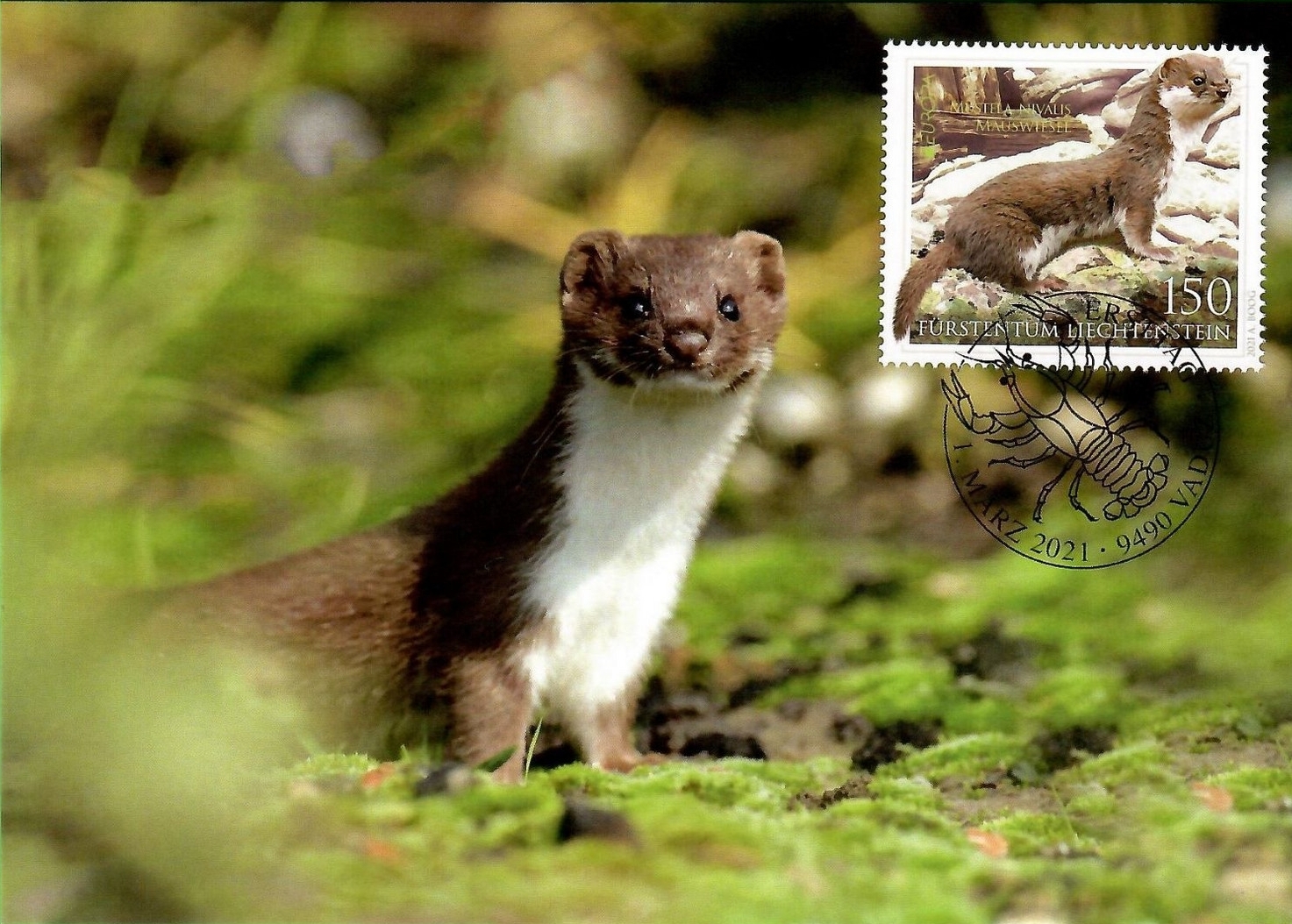 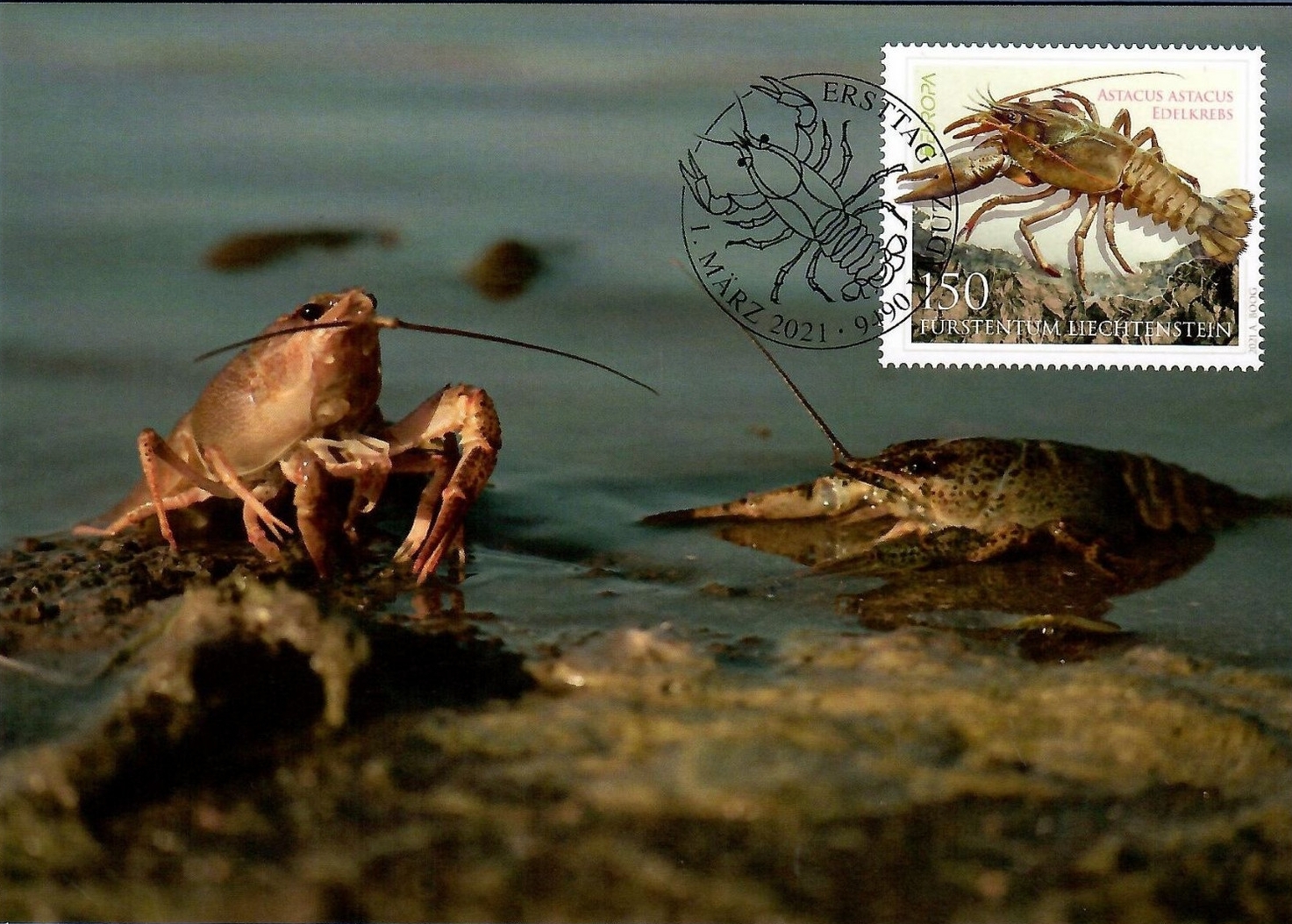 As the world’s smallest predator, the weasel populates large parts of Europe and lives wherever there are field mice and shelters. It differs from its close relative, the ermine, by its small body mass and short tail, which lacks the black tip. The marten species is threatened by urban sprawl, traffic and the loss of land as it is now extensively used for agricultural purposes.

Characteristic of the noble crayfish are its claws, which are reddish in colour on the underside and at the joints. As a local resident, it prefers lowland streams and still waters and is predominantly nocturnal. Water pollution, accumulation of mud, but especially monotonous watercourse construction and improper fishing are major threat factors. However, the greatest threat to all native crayfish species is the crayfish plague. 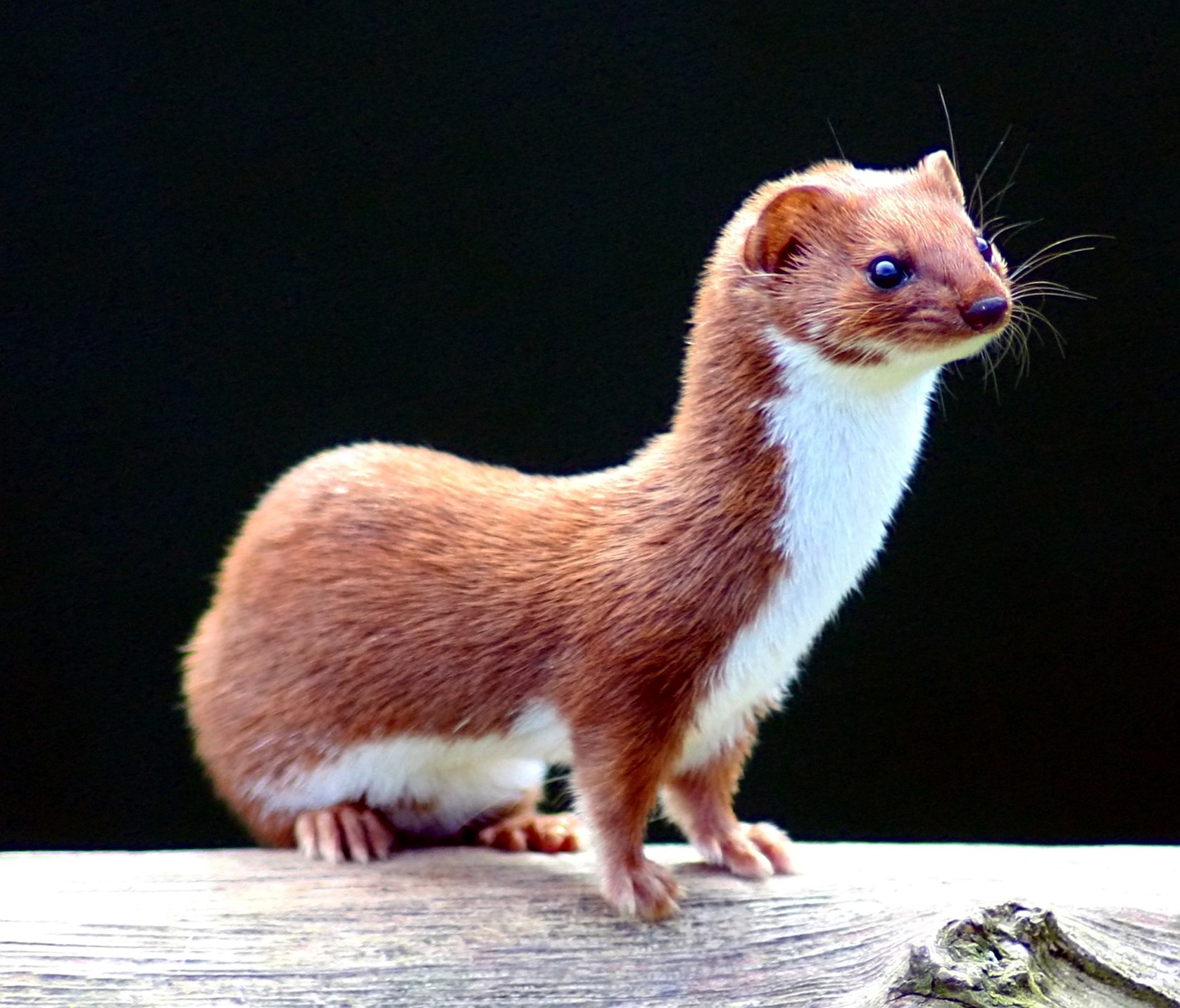 Weasels are mammals of the genus Mustela of the family Mustelidae. The genus Mustela includes the least weasels, polecats, stoats, ferrets and mink. Members of this genus are small, active predators, with long and slender bodies and short legs. The family Mustelidae, or mustelids (which also includes badgers, otters, and wolverines), is often referred to as the “weasel family”. In the UK, the term “weasel” usually refers to the smallest species, the least weasel (M. nivalis), the smallest carnivoran species.

Weasels vary in length from 173 to 217 mm (6+3⁄4 to 8+1⁄2 in), females being smaller than the males, and usually have red or brown upper coats and white bellies; some populations of some species moult to a wholly white coat in winter. They have long, slender bodies, which enable them to follow their prey into burrows. Their tails may be from 34 to 52 mm (1+1⁄4 to 2 in) long.

Weasels feed on small mammals and have from time to time been considered vermin because some species took poultry from farms or rabbits from commercial warrens. They do, on the other hand, eat large numbers of rodents. They can be found all across the world except for Africa (outside Egypt), the Middle East, the Indian Subcontinent, Australia, the Caribbean, Antarctica, and the neighboring islands.

The English word “weasel” was originally applied to one species of the genus, the European form of the least weasel (Mustela nivalis). This usage is retained in British English, where the name is also extended to cover several other small species of the genus. However, in technical discourse and in American usage, the term “weasel” can refer to any member of the genus, or to the genus as a whole. Of the 17 extant species currently classified in the genus Mustela, 10 have “weasel” in their common names. Among those that do not are the stoat, the polecats, the ferret, and the European mink. The American mink and the extinct sea mink were commonly included in this genus as Mustela vison and Mustela macrodon, respectively, but in 1999 they were moved to the genus Neovison.

Weasels have been assigned a variety of cultural meanings.

In Greek culture, a weasel near one’s house is a sign of bad luck, even evil, “especially if there is in the household a girl about to be married”, since the animal (based on its Greek etymology) was thought to be an unhappy bride who was transformed into a weasel and consequently delights in destroying wedding dresses. In Macedonia, however, weasels are generally seen as an omen of good fortune.

In early-modern Mecklenburg, Germany, amulets from weasels were deemed to have strong magic; the period between 15 August and 8 September was specifically designated for the killing of weasels.

In Montagne Noire (France), Ruthenia, and the early medieval culture of the Wends, weasels were not meant to be killed.

In North America, Native Americans (in the region of Chatham County, North Carolina) deemed the weasel to be a bad sign; crossing its path meant a “speedy death”. According to Daniel Defoe also, meeting a weasel is a bad omen. In English-speaking areas, weasel can be an insult, noun or verb, for someone regarded as sneaky, conniving or untrustworthy. Similarly, “weasel words” is a critical term for words or phrasing that are vague, misleading or equivocal. 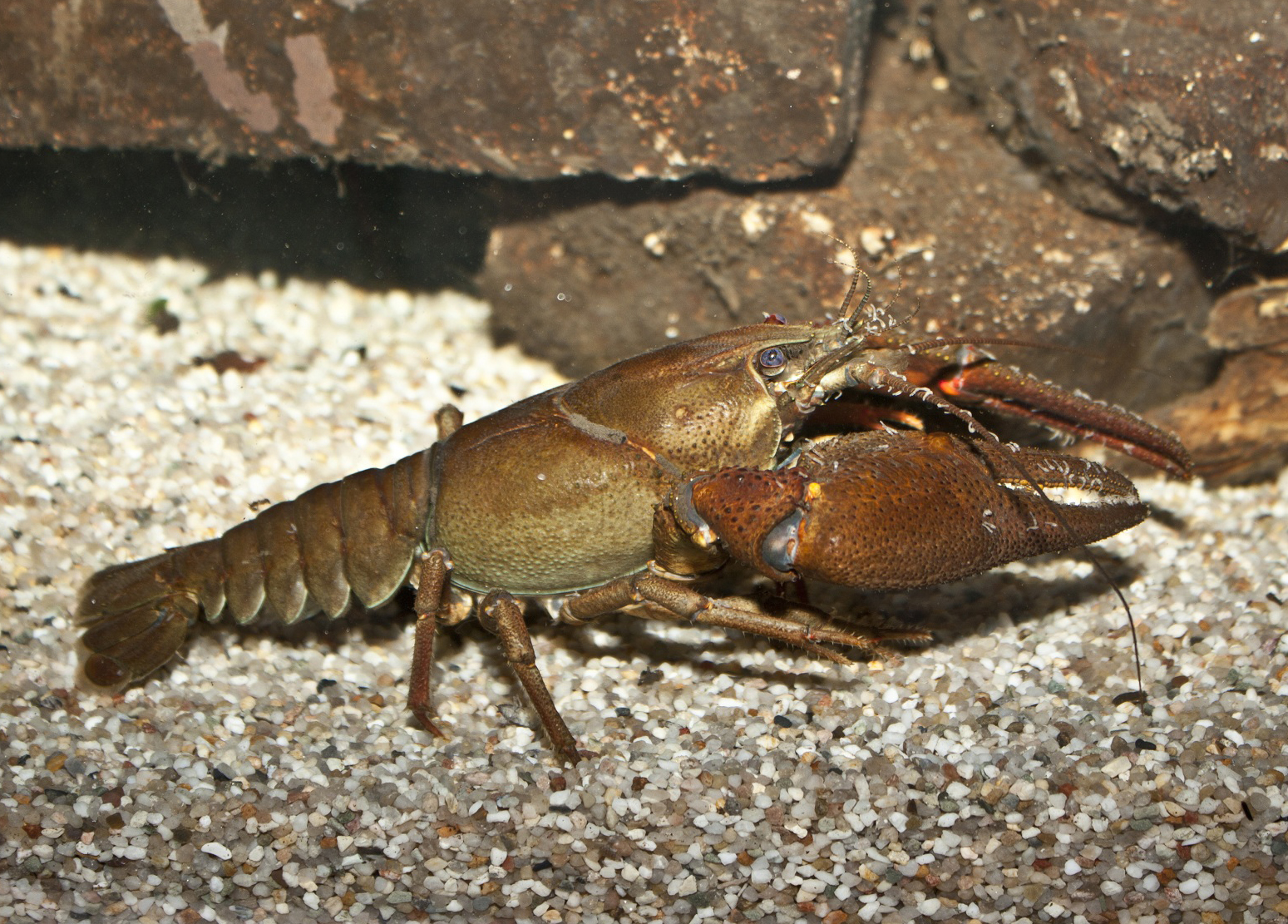 Astacus astacus, the European crayfish, noble crayfish, or broad-fingered crayfish, is the most common species of crayfish in Europe, and a traditional food source. Like other true crayfish, A. astacus is restricted to fresh water, living only in unpolluted streams, rivers, and lakes. It is found from France throughout Central Europe, to the Balkan Peninsula, and north as far as parts of the British Isles, Scandinavia and Finland, and Eastern Europe. Males may grow up to 16 cm long, and females up to 12 cm.

European crayfish feed on worms, aquatic insects, mollusks, and plants. They are nocturnal, spending the day resting in a burrow.

A. astacus become sexually mature after three to four years and a series of molts, and breed in October and November. Fertilized eggs are carried by the female, attached to her pleopods, until the following May, when they hatch and disperse.

The main predators of A. astacus, both as juveniles and adults, are mink, eels, perch, pike, otters, and muskrats.

This species was once abundant in Europe, although it was expensive to buy, and is considered to be the finest edible crayfish. It is, however, susceptible to the crayfish plague carried by the invasive North American species signal crayfish (Pacifastacus leniusculus), so is listed as a vulnerable species on the IUCN Red List.

Documentation of the consumption of A. astacus dates back to the Middle Ages, when it was popular among the Swedish nobility, spreading to all social classes by the 17th and 18th centuries due to its ready availability. The crayfish are collected from the wild in traps, a practice which is being replaced by more intensive aquaculture of the signal crayfish in man-made ponds. The consumption of crayfish is an important part of traditional Nordic culture, including the crayfish party (Swedish: kräftskiva; Finnish: rapujuhlat), a feast to mark the end of summer.

Hundreds of smaller or larger lakes were once found in the northern Moldavia, used for growing A. astacus meant for consumption during the extended fasting periods of the Orthodox Christian calendar. The area of the former Dorohoi County was one such area, and this legacy was visible in the county’s historical coat of arms, featuring an A. astacus.

Astacins are a family of digestive enzymes, discovered in the 1990s, which were first isolated from A. astacus. More than 20 enzymes of this group have since been discovered in animals from Hydra to humans.