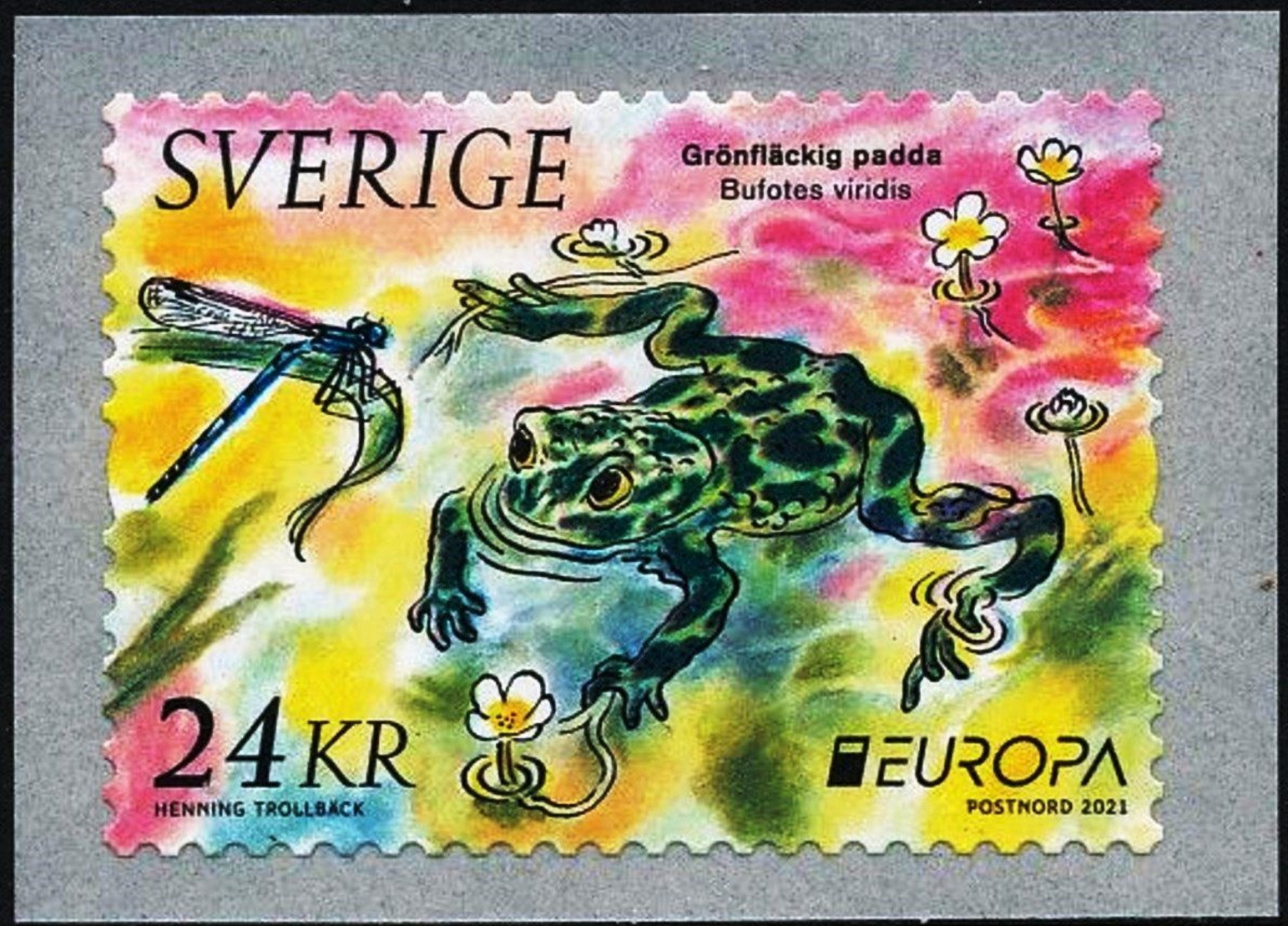 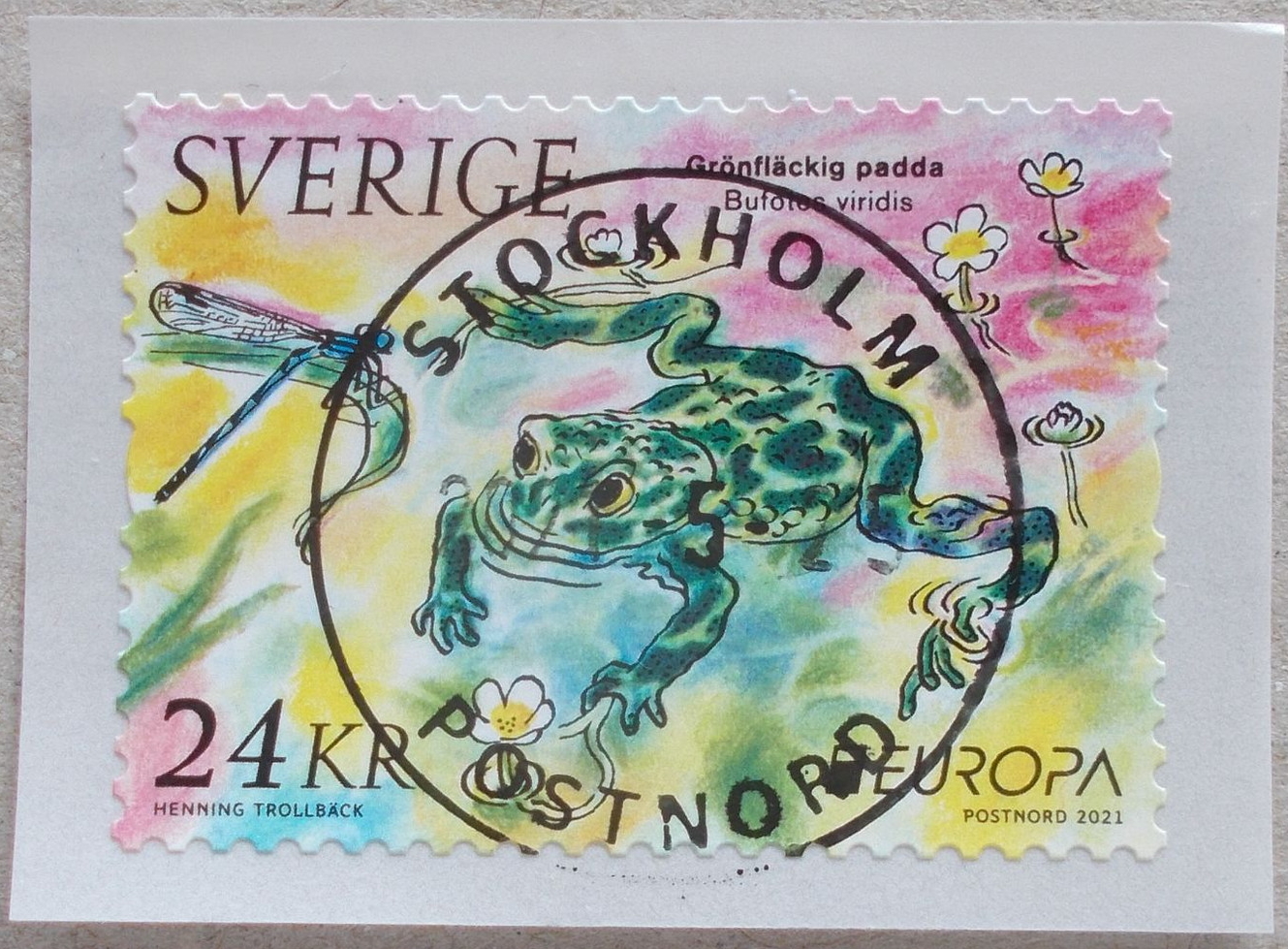 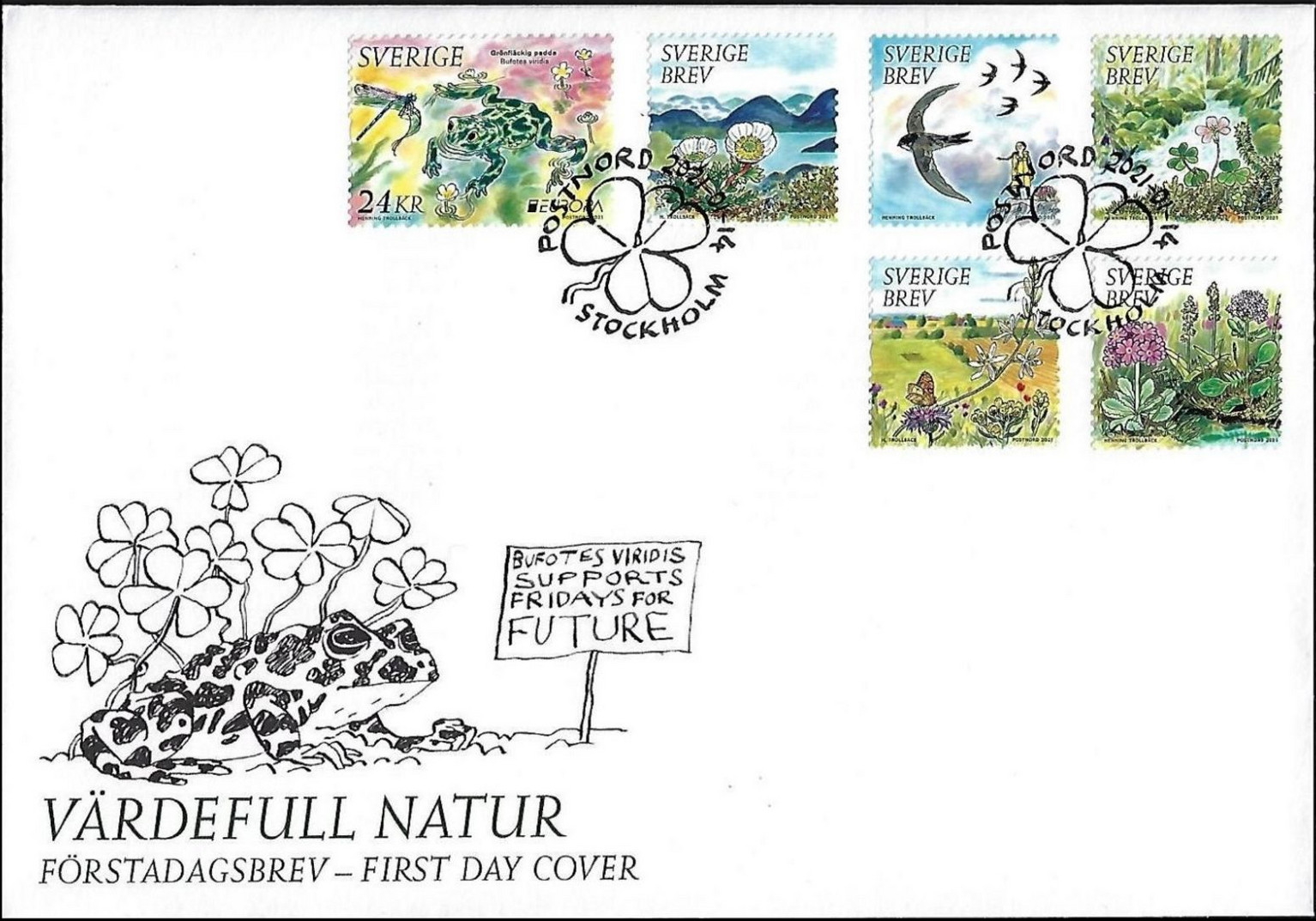 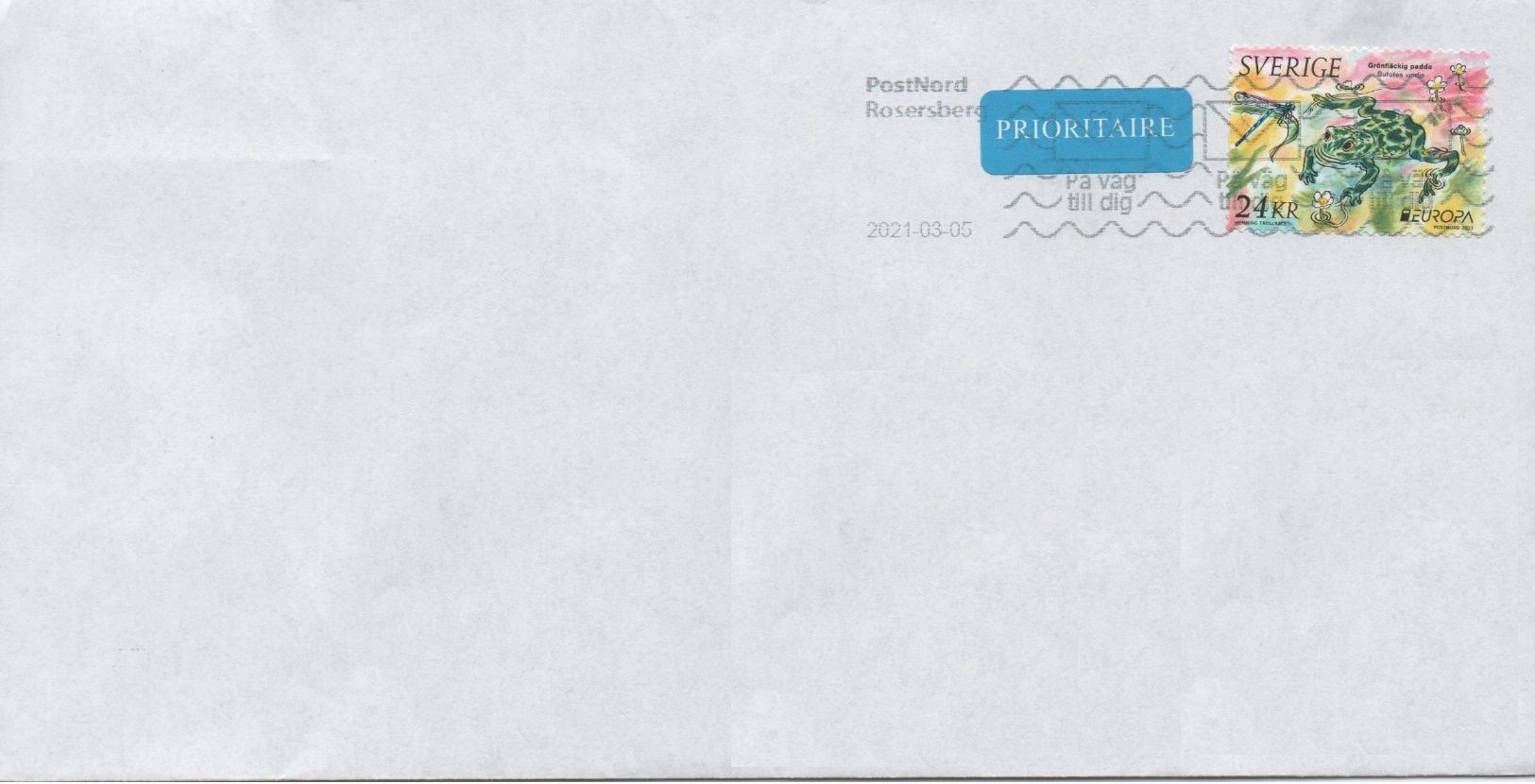 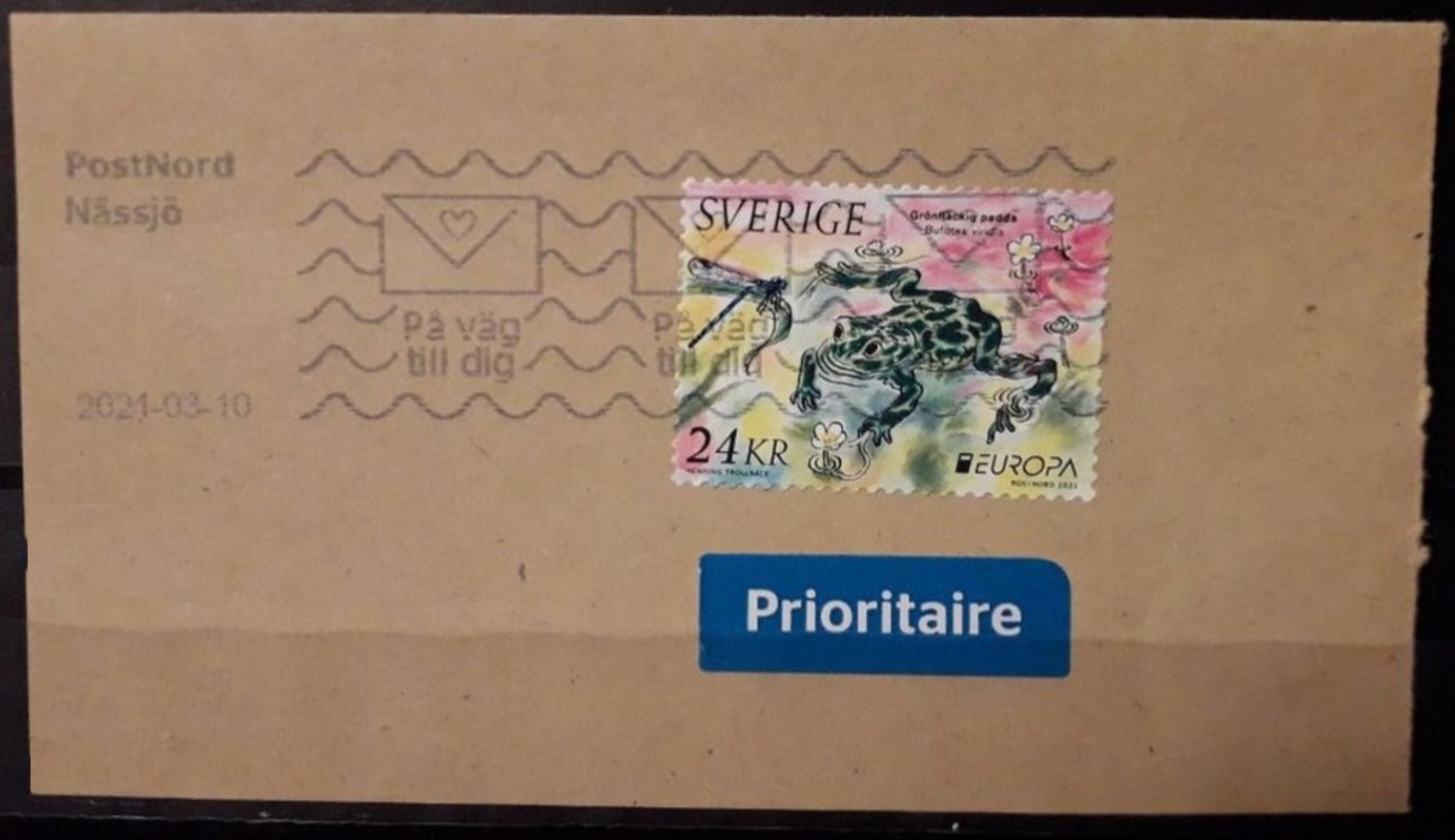 The theme of this year’s Europa stamps is Endangered Wildlife, and the coil stamp features the European green toad, which is critically endangered. In Sweden, there are now only a few to be found, in Skåne and Blekinge provinces. The European green toad has over the past five years gone from vulnerable to critically endangered. Eutrophication and drainage are two of several reasons for its decline. In order to save the species in Sweden, European green toads are bred to be transplanted, but it is also necessary to restore and preserve the habitat in which the toads live – a habitat where damselflies and a sub-species of the pond water-crowfoot also thrive. 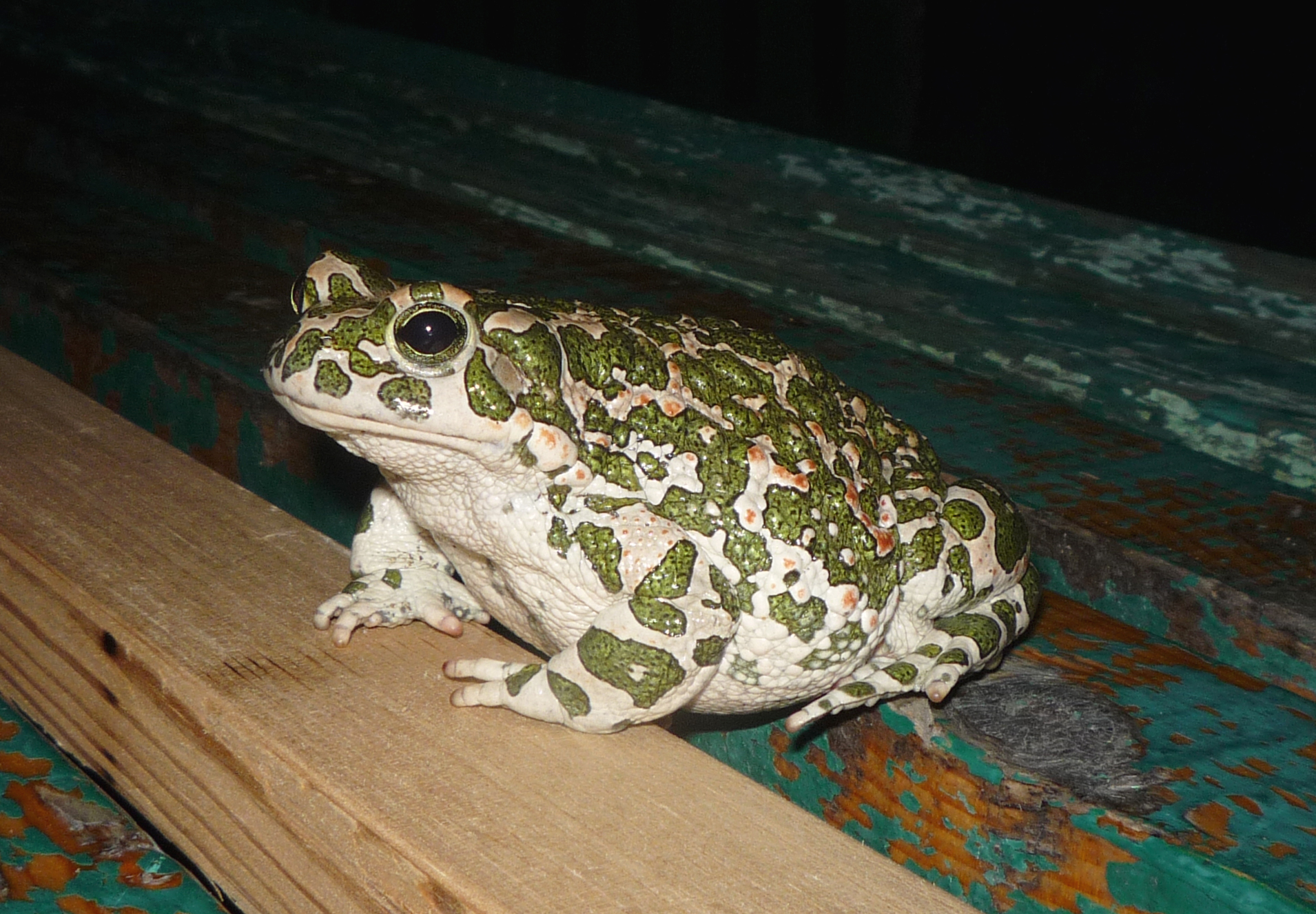 The European green toad (Bufotes viridis) is a species of toad found in steppes, mountainous areas, semi-deserts, urban areas and other habitats in mainland Europe, ranging from far eastern France and Denmark to the Balkans and Western Russia. As historically defined, the species ranged east through the Middle East and Central Asia to western China, Mongolia and northwestern India, and south through Italy and the Mediterranean islands to North Africa. Following genetic and morphological reviews, 14 population (all largely or entirely Asian, except for the African and Balearic green toads) are now regarded as separate species. These species and the European green toad are placed in their own genus Bufotes, but they were included in Bufo.

The spots on the back vary from green to dark brown and sometimes red spots appear, too. The underside is white or very lightly coloured. The European green toad will change colour in response to heat and light changes. Females are larger than males and can lay 9,000 to 15,000 eggs at a time.

It can reach a maximum size (head and body length) of 10 centimeters (3.9 inches), but growth to this size is rare.

Bufotes viridis eats a variety of insects and invertebrates, mainly crickets, meal worms, small butterflies, earthworms, moths, beetles and caterpillars. There has also been a reported attack on a bat.