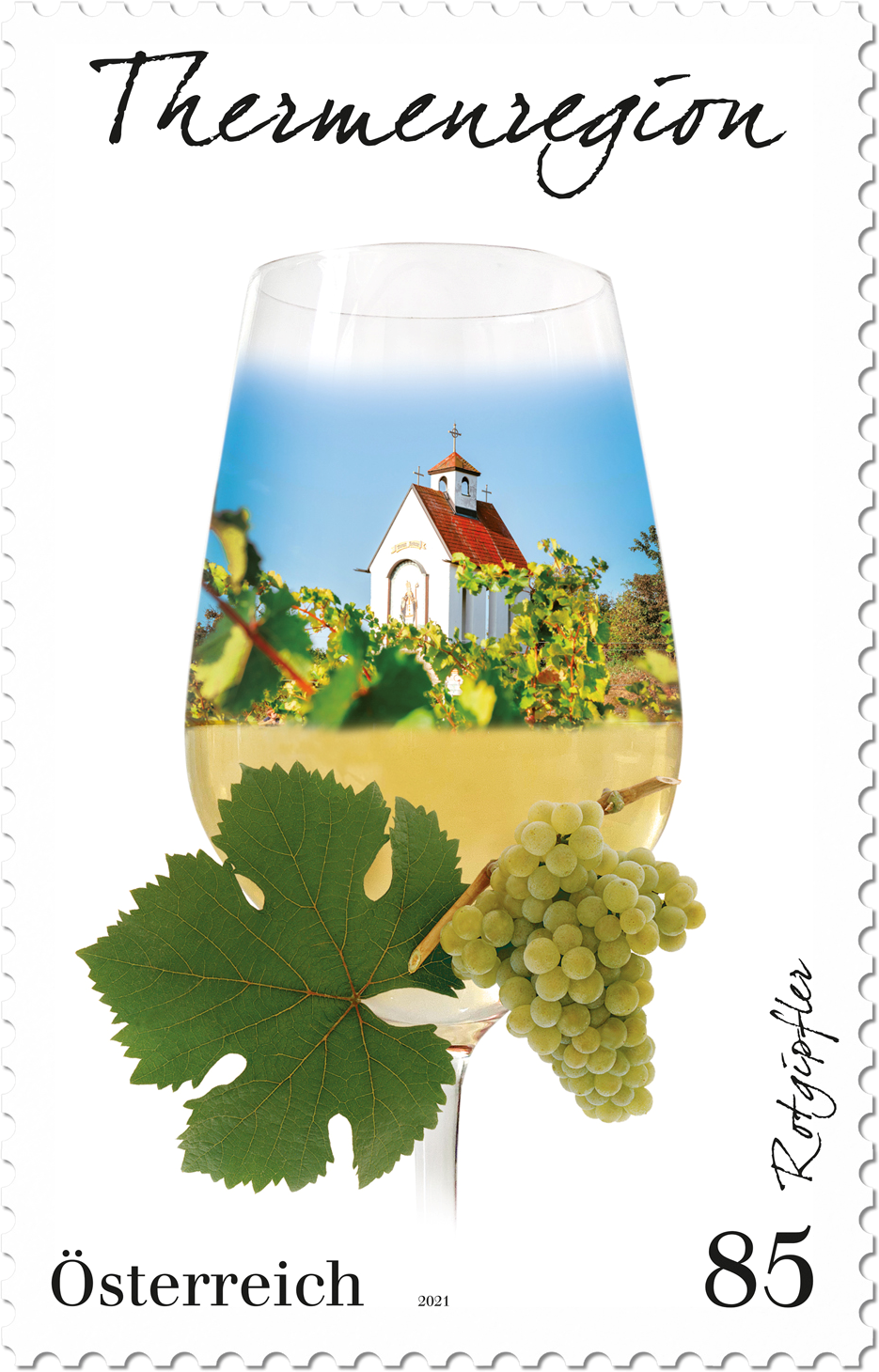 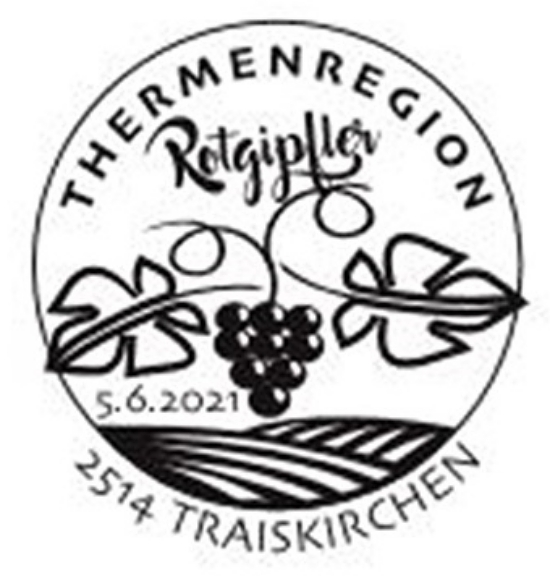 In the “Austrian wine regions” series, this time it is the Thermenregion in Lower Austria that is the focus. A typical wine from this region is the Rotgipfler, which almost exclusively hails from there.

With its more than 2,000 hectares of wine-growing land, the Thermenregion stretches from the city limits of Vienna to the area south of Baden. The vines benefit from the protection offered by the Vienna Woods and the influence of the dry Pannonian climate. In the south of the region, red wines such as Saint-Laurent or Pinot Noir are produced, while further north, around Gumpoldskirchen, we find white wines, with the indigenous varieties Zierfandler and Rotgipfler dominating. The warm southern aspect and the calcareous soil provide perfect conditions for the Rotgipfler. It is a natural cross between Traminer and Roter Veltliner and owes its name to the reddish-coloured tips to its shoots. The golden-yellow wine is rich in extracts with a pleasant acidity and a delicately spicy bouquet that calls to mind ripe pome fruits and exotic fruits such as mangoes.

Another well-known wine-producing location from the Thermenregion is Traiskirchen. This is home to the “Mandelhöh”, one of the best-known vineyards in the region. And it is on the Mandelhöhe, the highest elevation in this municipality, that the winegrowers’ association had the Urbanuskapelle (Urbanus Chapel) built in 1989. It is dedicated to St. Urban, the patron saint of viticulture, and the design was based on the coat of arms of Traiskirchen from 1514. From the little chapel, which is now the symbol of Traiskirchen, you get a beautiful view over the vineyards. 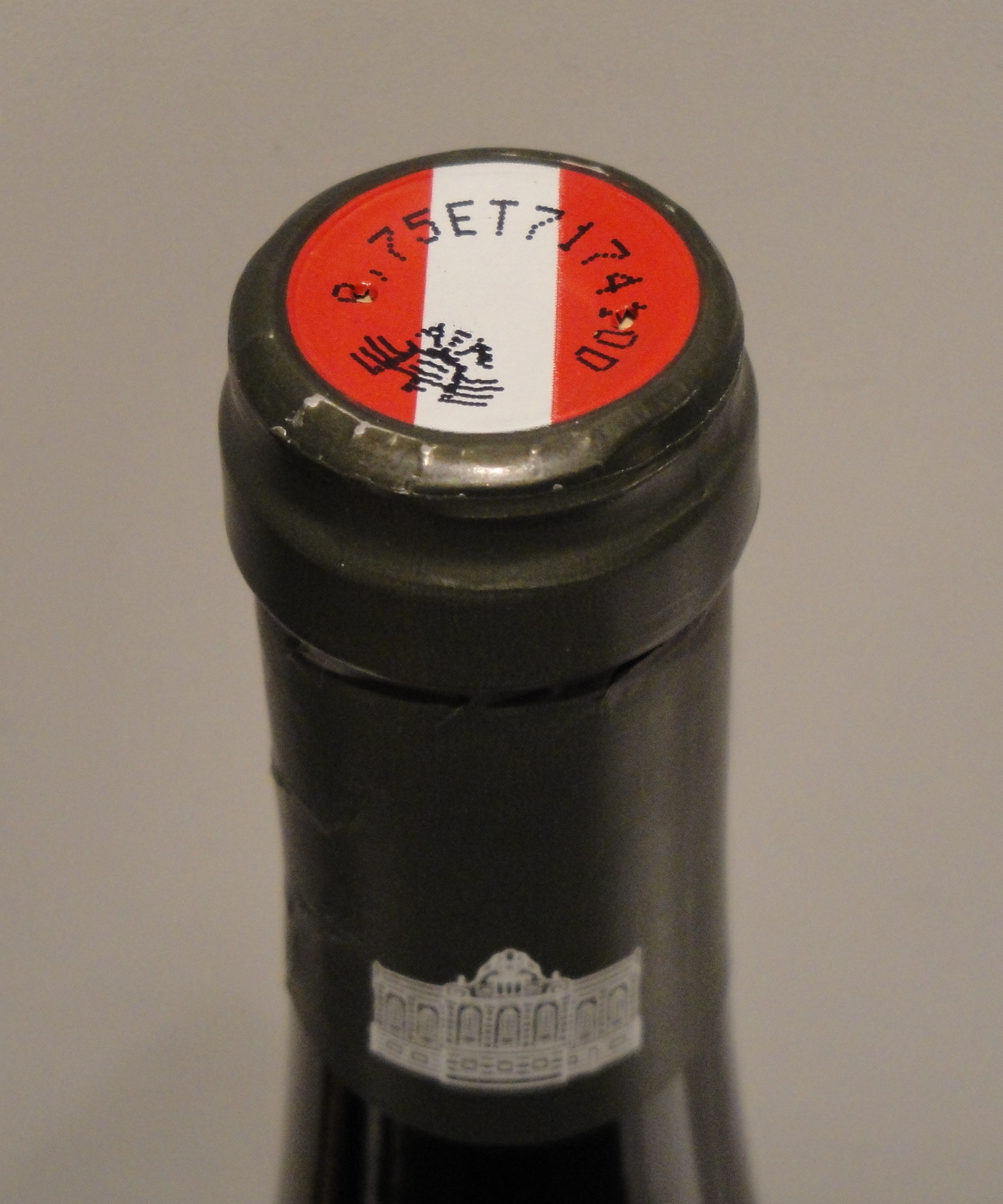 There is archaeological evidence of grape growing in Traisental 4000 years ago. Grape seeds have been found in urns dating back to 700 BC in Zagersdorf, whilst bronze wine flagons of the Celtic La Tène culture dating to the 5th century BC have been found at Dürrnberg in Salzburg state. Viticulture thrived under the Romans, once Marcus Aurelius Probus (Roman emperor 276–282) had overturned the ban on growing grapes north of the Alps. Both Grüner Veltliner and Welschriesling appear to have been grown around the Danube since Roman times.

Viticulture suffered with the invasions of Bavarians, Slavs and Avars after the fall of the Roman Empire, but from 788 the rule of Charlemagne saw considerable reconstruction of vineyards and introduction of new grape presses. Once Otto the Great had seen off the threat from Magyar incursions in 955, Austrian viticulture was nurtured by the Church and encouraged among the populace at large. The first vineyard names recorded are Kremser Sandgrube in 1208, and Steiner Pfaffenberg in 1230. Rudolf IV introduced the first wine tax, Ungeld, in 1359, as Vienna established itself as a centre for wine trading on the Danube.

The wine business boomed in the 16th century, but the Thirty Years War and others of the 17th century took their toll, as much due to the heavy taxation of the period as the direct disruption of war. Various drink taxes were unified in 1780, as part of a drive by Maria Theresa and Joseph II to encourage viticulture. An imperial decree of 17 August 1784 gave birth to the distinctive Austrian tradition of inns called Heurigen. Derived from the German for “new wine”, the decree allowed all winemakers to sell home-grown food with their wine all year round. Fir trees hung above the door alerted customers to the arrival of the new season’s wine.

The 19th century saw the arrival of all sorts of biological invaders. First there was powdery mildew (Uncinula necator) and downy mildew (Peronospora). One response to these fungal diseases from North America was the founding in 1860 of what became the Federal Institute for Viticulture and Pomology at Klosterneuburg. Then the phylloxera root aphid arrived in 1872 and wiped out most of the vineyards of central Europe. Although it took several decades for the industry to recover, it allowed lower quality grapes to be replaced with better varieties, particularly Grüner Veltliner. After World War I, Austria was the third biggest wine producer in the world, much being exported in bulk for blending with wine from Germany and other countries.

However that intensification of viticulture sowed the seeds of its own destruction. During the twentieth century Austrian wine became a high-volume, industrialized business, with much of it being sold in bulk to Germany. A run of favorable years in the early 1980s saw massive yields of wines that were light, dilute and acidic, that nobody wanted. Wine brokers discovered that these wines could be made saleable by the addition of a little diethylene glycol, more commonly found in antifreeze, which imparted sweetness and body to the wine. The adulteration was difficult to detect chemically—the ‘antifreeze scandal’ broke when one of them tried to claim for the cost of the chemical on his tax return.

Although the amounts of glycol were less dangerous than the alcohol in the wine, and only a few middlemen were involved, exports collapsed and some countries banned Austrian wine altogether. The antifreeze jokes persist, but in fact the scandal was the saviour of the industry in Austria. Strict new regulations restricted yields among other things, producers moved towards more red wine and a dry style of white wine that was what the 1990s market would demand, and the middlemen went bust forcing producers to sell direct and encouraging the expression of local terroir. Perhaps most importantly, there was a massive change in the culture of wine production in Austria towards an emphasis on quality, as opposed to the low standards that permitted the scandal to happen in the first place.

The Austrian Wine Marketing Board was created in 1986 as a response to the scandal, and Austria’s membership of the European Union has prompted further revisions of her wine laws, notably the new DAC system of geographical appellations launched in 2002. Today Austria lies 16th in the list of wine producing countries by volume (2011). 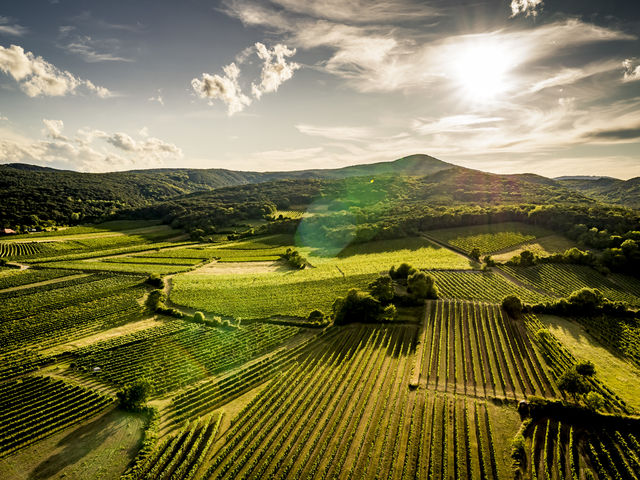 Grapevines were already being cultivated more than 2000 years ago in this climatically favored region south of Vienna. Roman legionnaires stationed in Carnuntum and Vindobona introduced vines from their homeland and brought the technical expertise of wine production to Pannonia. The name Thermenregion refers to the sulphurous hot springs of Aquae (Baden). In the Middle Ages, viticulture experienced a veritable heyday here under the guidance of the Cistercian monks. The arrangement of the vineyards clearly shows the influence of their Burgundian mother-monastery Citeaux, as does the character of the villages themselves.

Cistercian winegrowing experts immediately recognized the value of this extraordinary terroir. The vines benefit here from the Pannonian climate with hot summers and dry autumns as well as the1800 annual hours of sunshine. Constant air currents enable the grapes to dry quickly after dew or rainfall in autumn.

Nature and culture collaborate to enable a varied and rich leisure and recreation program: from a visit to Freigut Thallern – belonging to the Cistercian Abbey Heiligenkreuz, one of the oldest wine estates in Austria – to the cultural centre and spa-town Baden with theatre, operetta and wellness. Excursions along the wine trail invite visitors to the region’s many cosy wine taverns or hikes through the vineyards along the Vienna Spring Water Main. 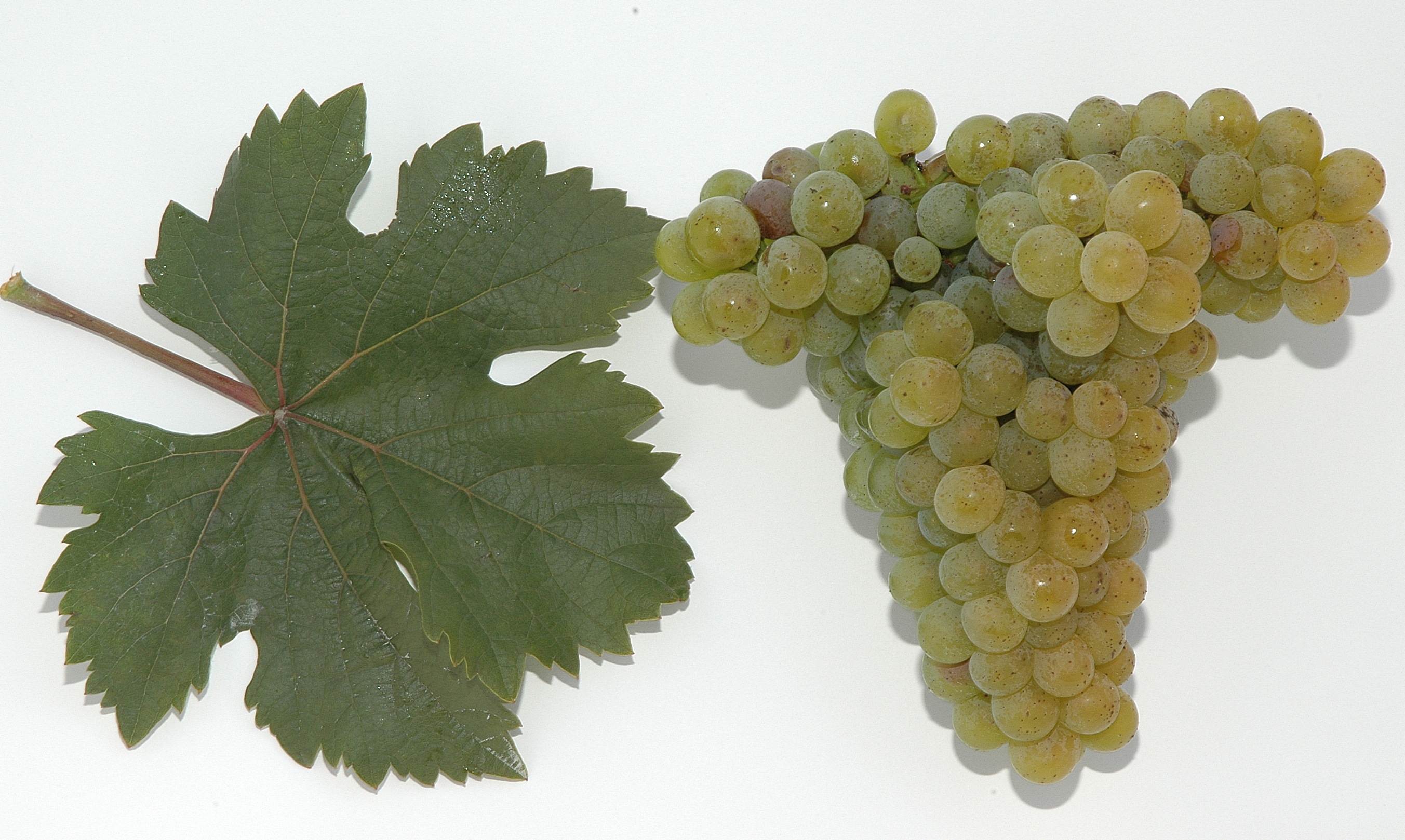 Rotgipfler is a grape variety used to make aromatic white wine. It is almost exclusively found in the Gumpoldskirchen district of the Thermenregion in Austria. It is often blended with Zierfandler (which is also known as Spätrot) to make Spätrot-Rotgipfler. It is also increasingly used for quality wines. Such Rotgipfler wines are powerful, high in alcohol and suitable for cellaring.