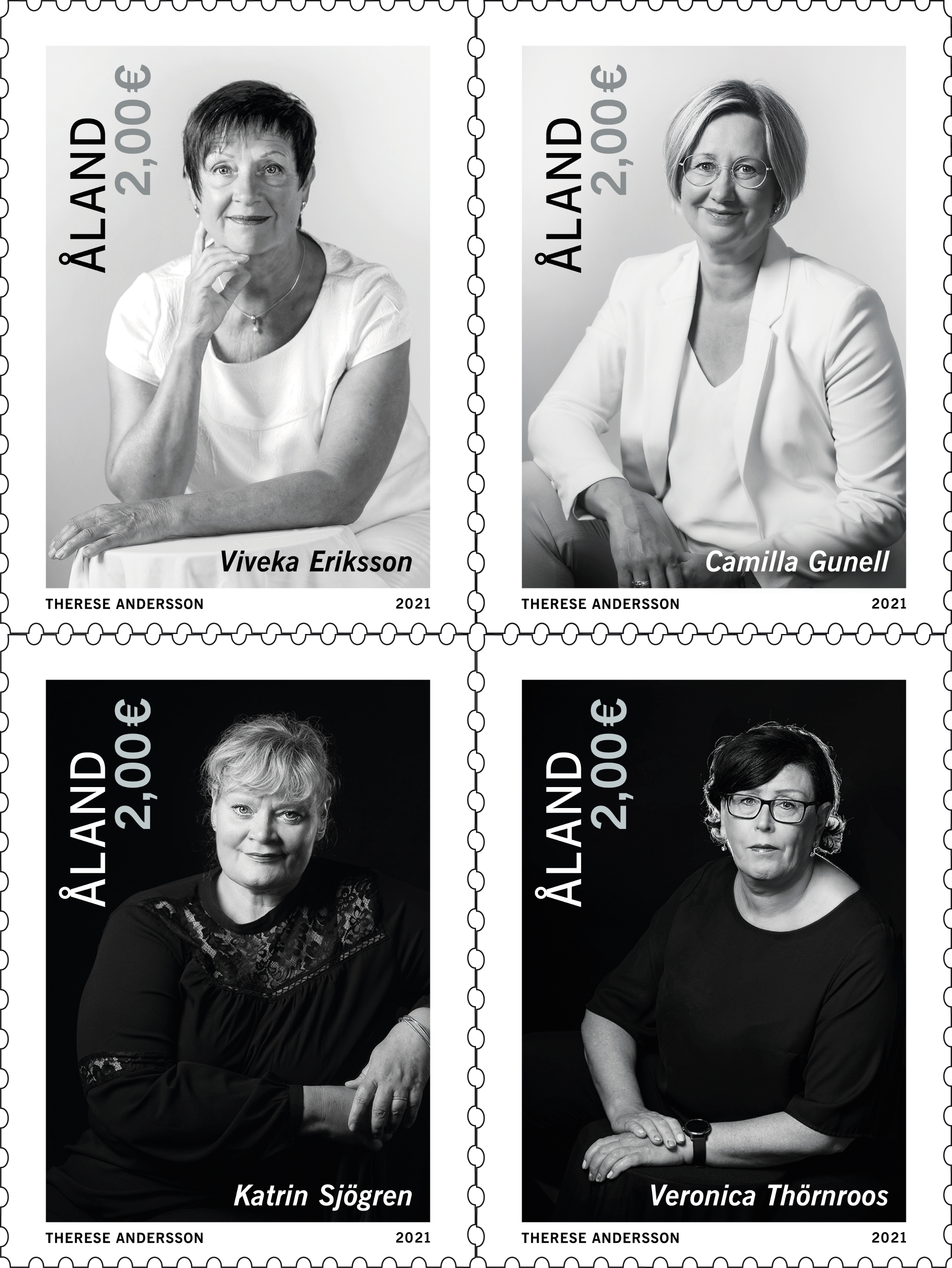 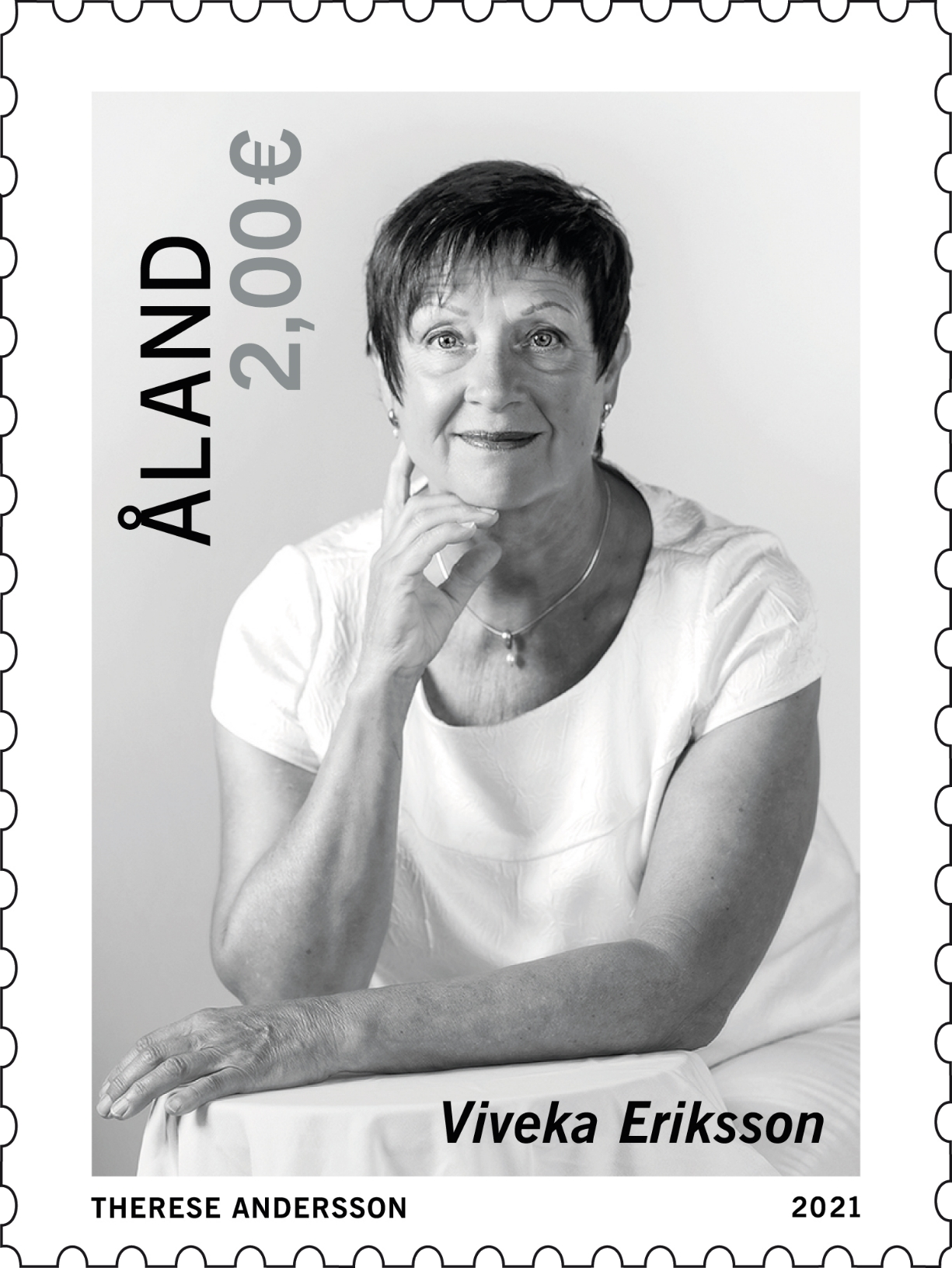 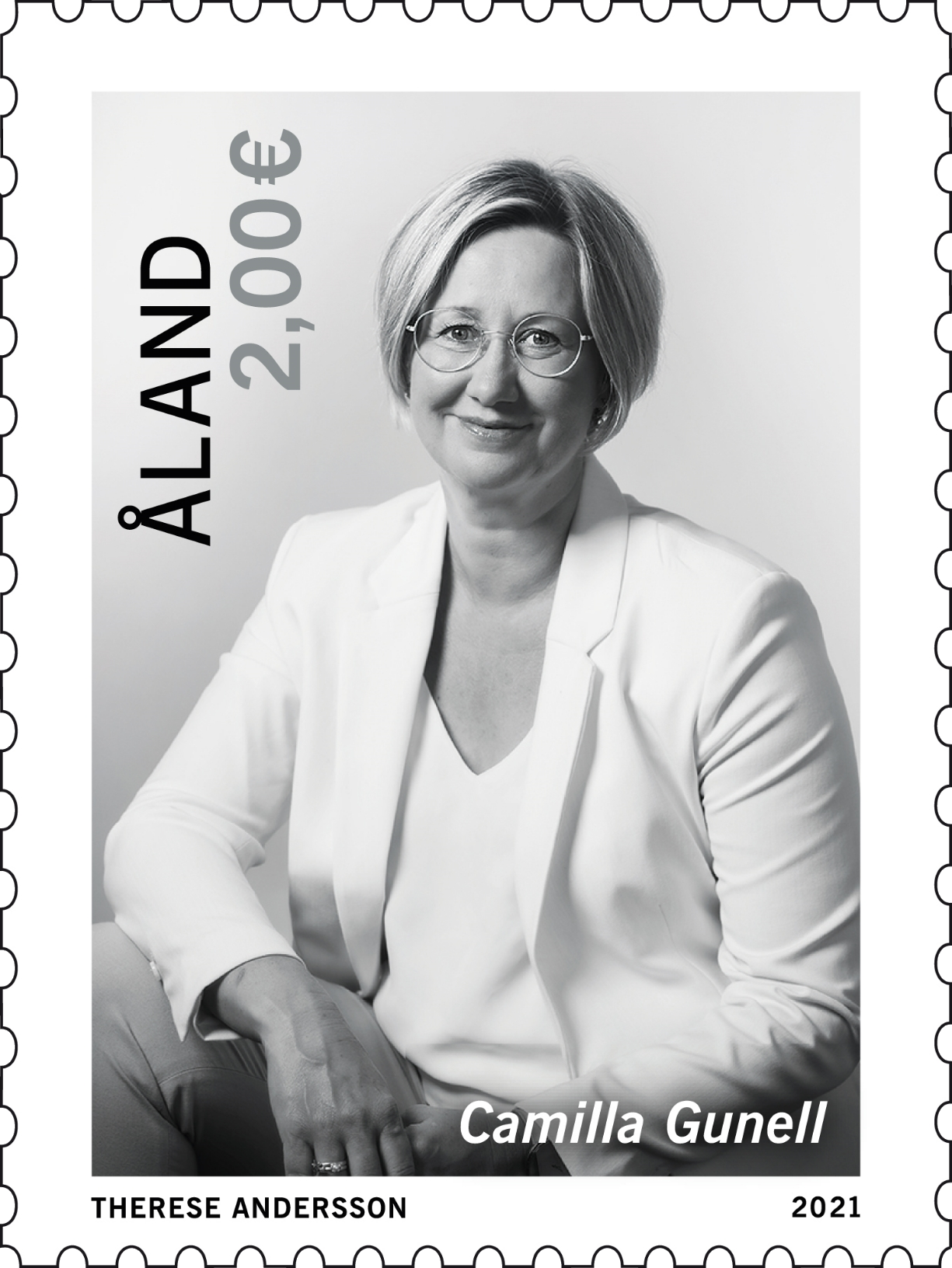 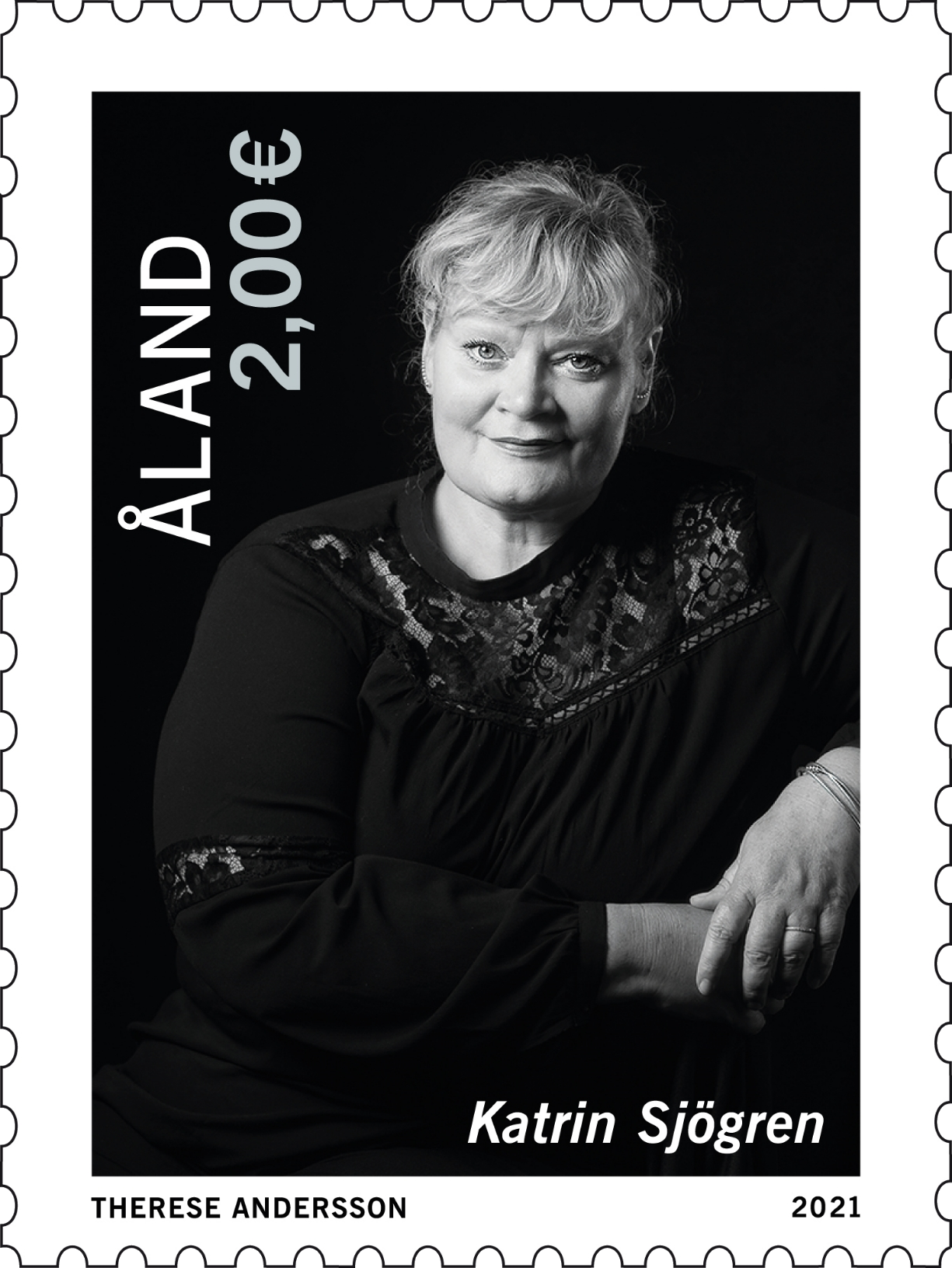 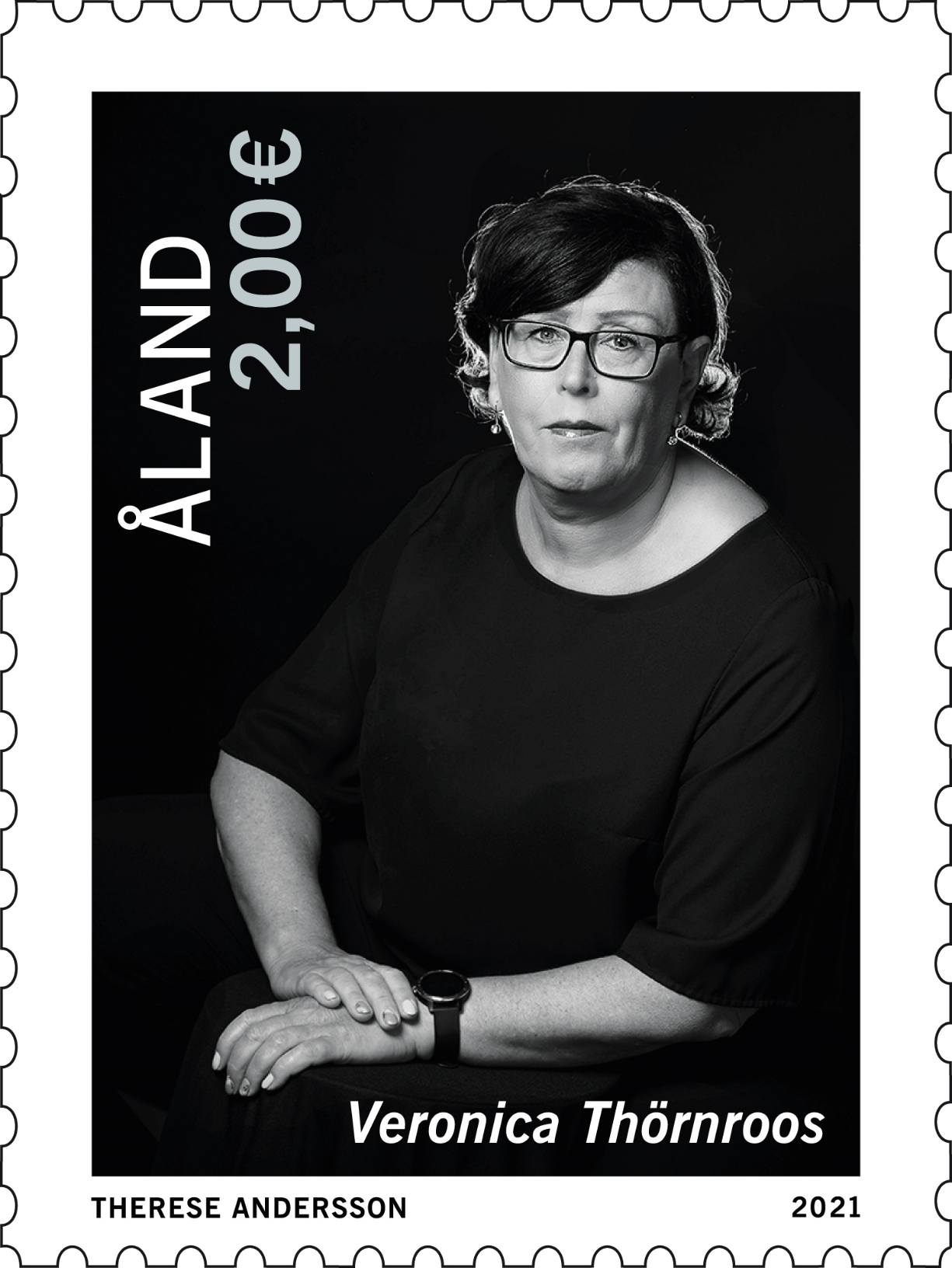 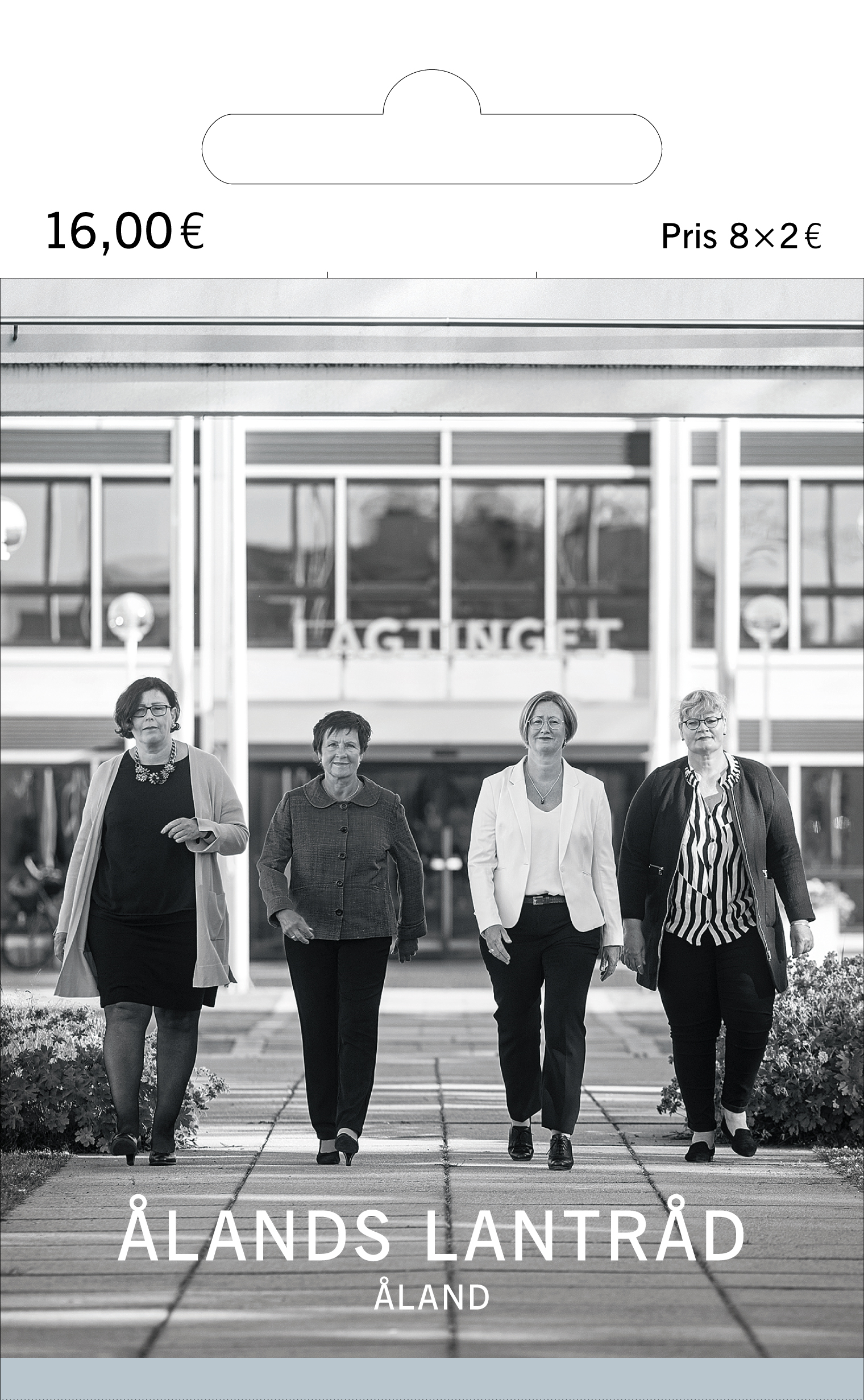 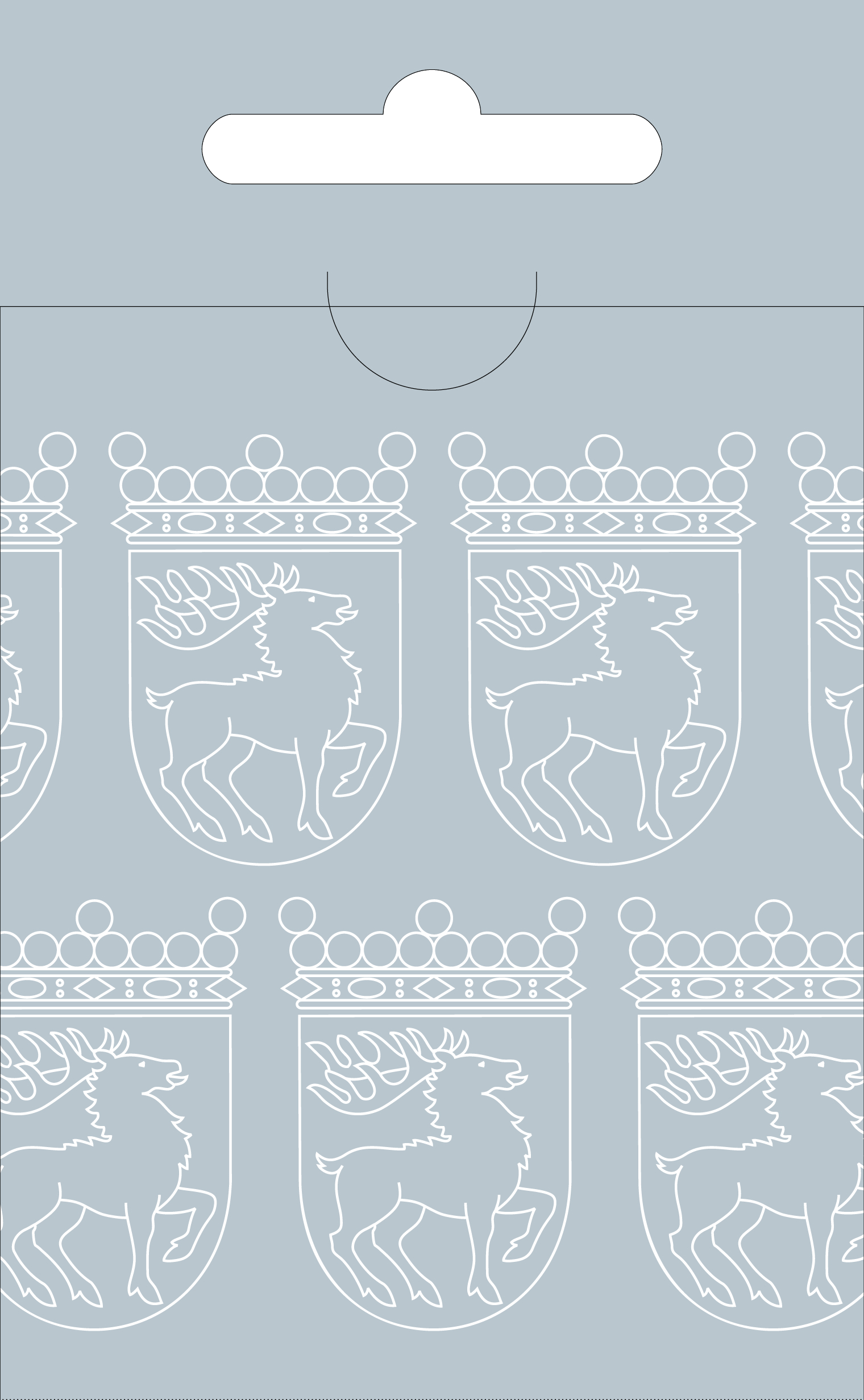 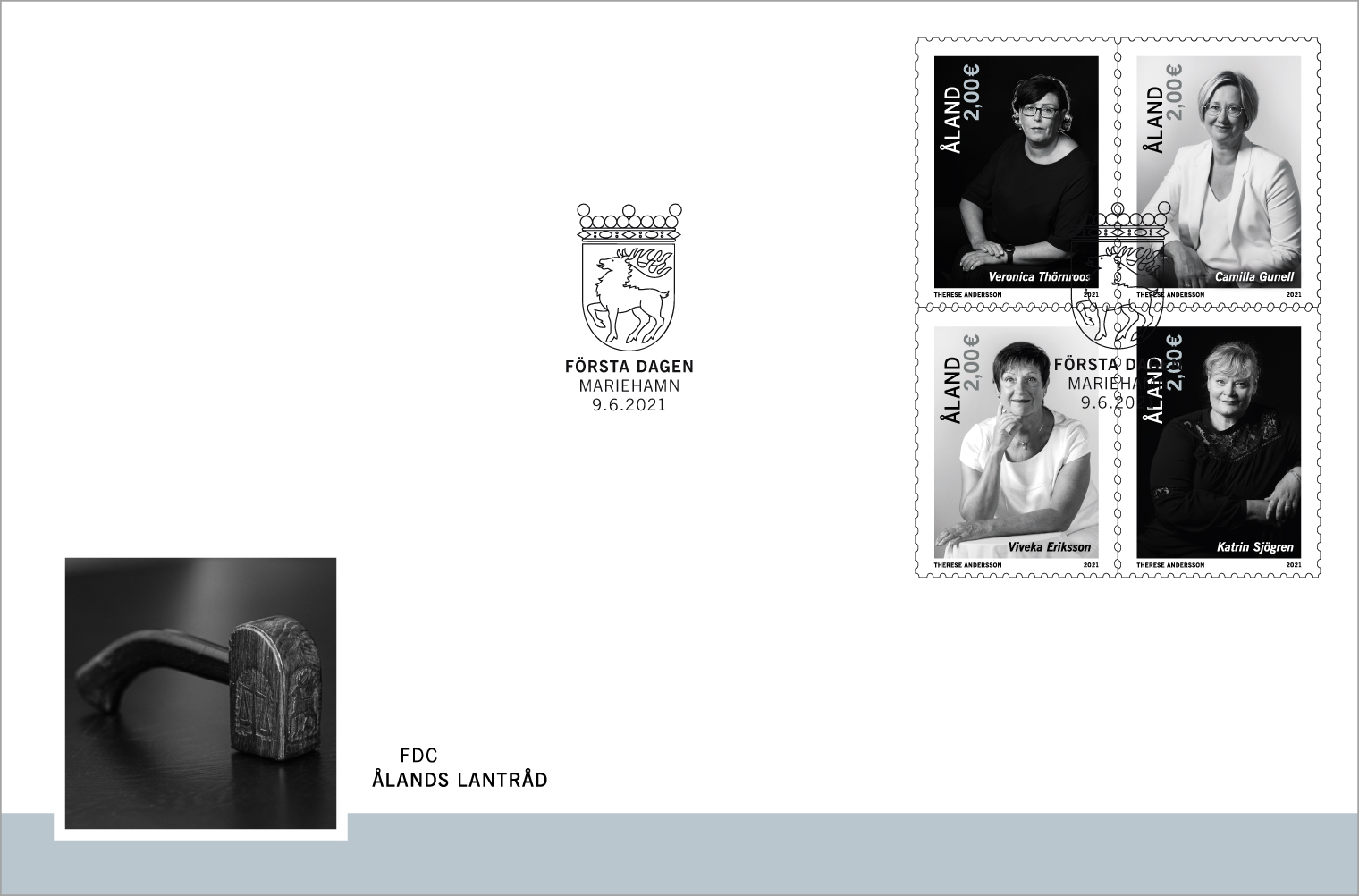 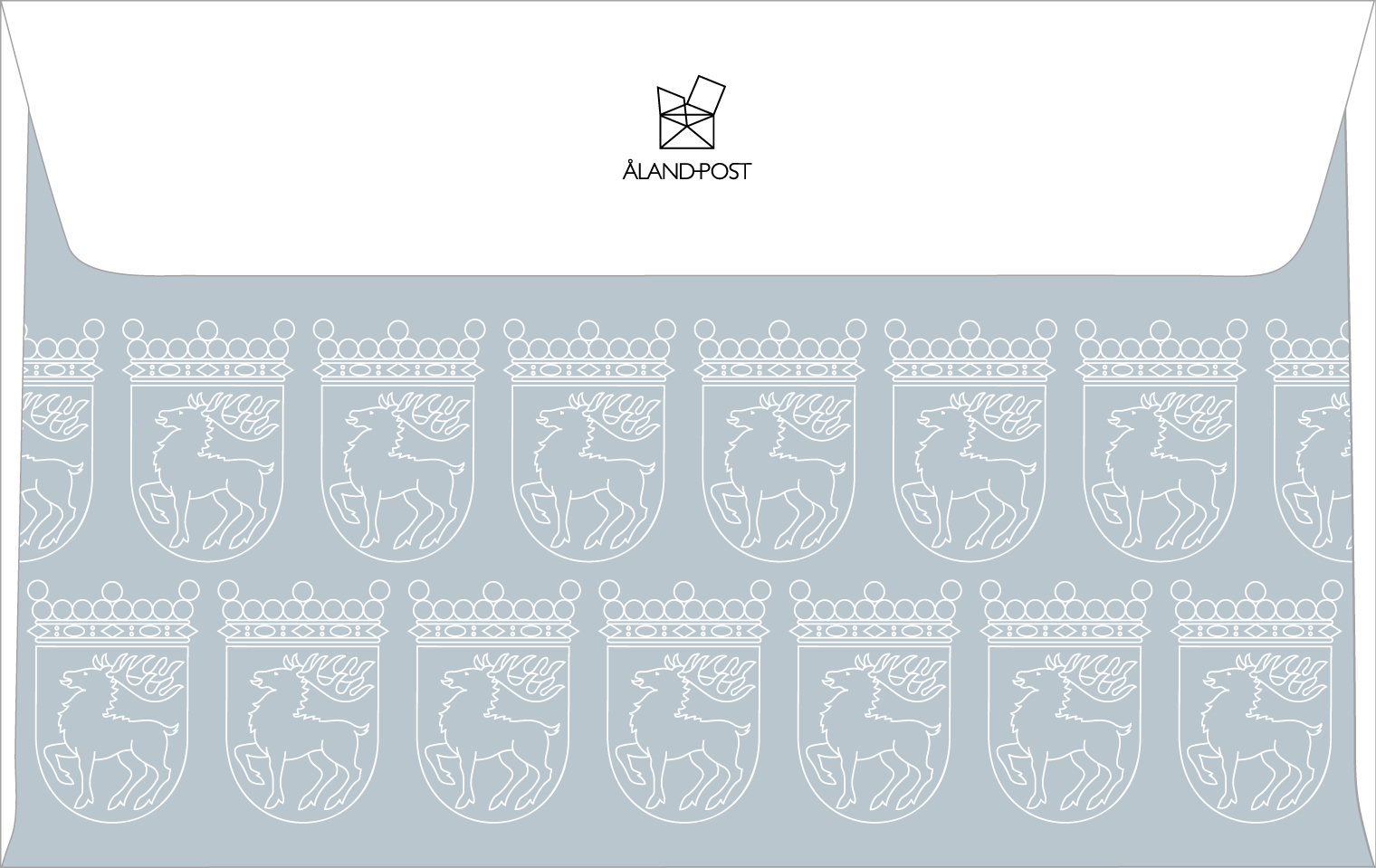 DESCRIPTION: Booklet of 8 stamps, 2 x 4 motifs. The Premier leads the government of Åland, which prepares and executes business that falls within the domains of the autonomy. The four stamps portray Viveka Eriksson, who was the first female Premier in Åland from 2007 to 2011, Camilla Gunell, who headed the government until 2015 when Katrin Sjögren took over the chair. The current Premier Veronica Thörnroos took office in 2019.

The gavel adorns the first day cover. The first day cancel shows the Åland coat of arms, which has existed for more than 450 years. Last day of sale of the FDC: 31 August 2021.

On Åland’s Autonomy Day, 9 June 2021, Åland Post issues this year’s stamp booklet featuring the four most recent Åland Premiers who have led the government of Åland. Premiers Viveka Eriksson, Camilla Gunell, Katrin Sjögren and Veronica Thörnroos were photographed by Therese Andersson: “It was important to me to do the ladies and the office justice through dignified and powerful portraits.”

Therese Andersson was pleased and proud when she received the stamp commission, but slightly nervous: “When shooting portraits, you must create a relationship with whomever you’re portraying, make the person feel at ease and, of course, think of the light. It was important to me to do the ladies and the office justice. Luckily, all four Premiers were as motivated as I to create fine portraits, and the result is dignified, powerful and classic portraits.”

Viveka Eriksson (born 1956 in Föglö) ended her political career in 2019 after 24 years in the Parliament of Åland. In 2001, she became the first female Speaker in Åland and, in 2007, when she was party leader of the Liberals for Åland, she was sworn in as the first female Premier.

Chair of Åland Social Democrats, Camilla Gunell (born 1970 in Lappo) took over the mandate as Premier following the 2011 election. Four years later, the Liberals got the most party votes and the new chair, Katrin Sjögren (born 1966 in Mariehamn), was appointed Premier, while Camilla Gunell became Deputy Premier.

In the most recent legislative election in 2019, the Åland Centre became the largest party. Party chair Veronica Thörnroos (born 1962 in Brändö) got the majority of votes and today heads the Government of Åland.