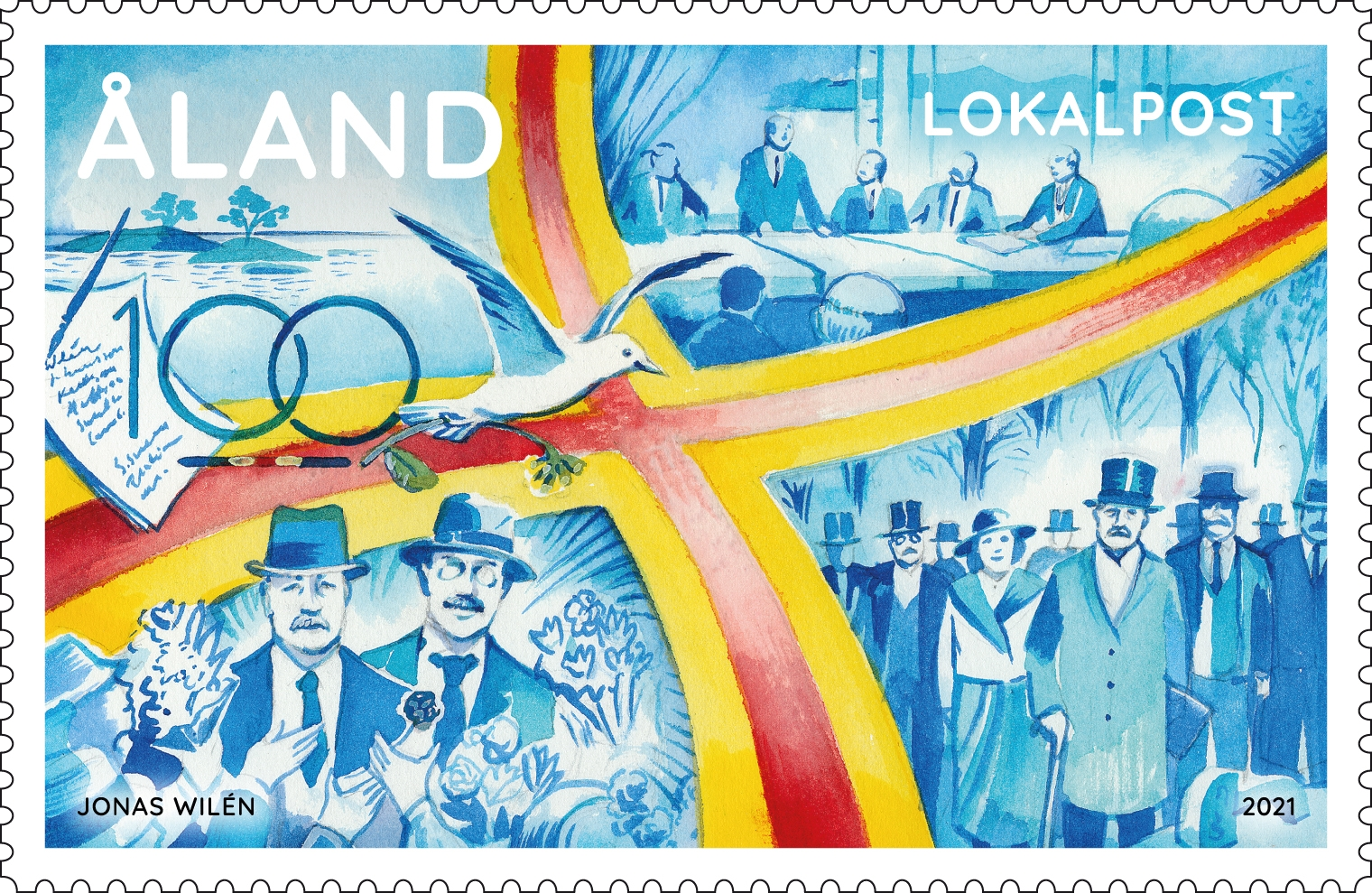 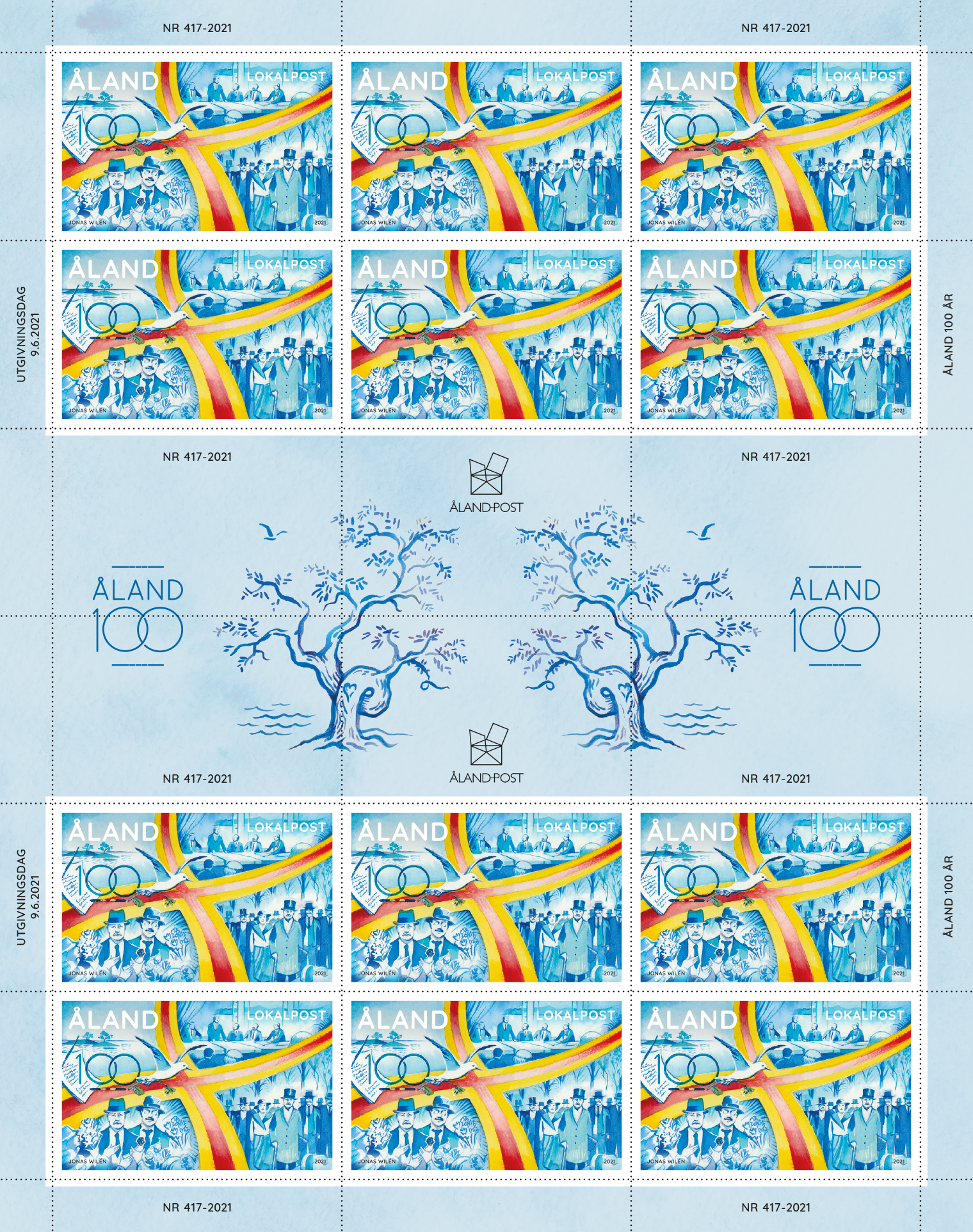 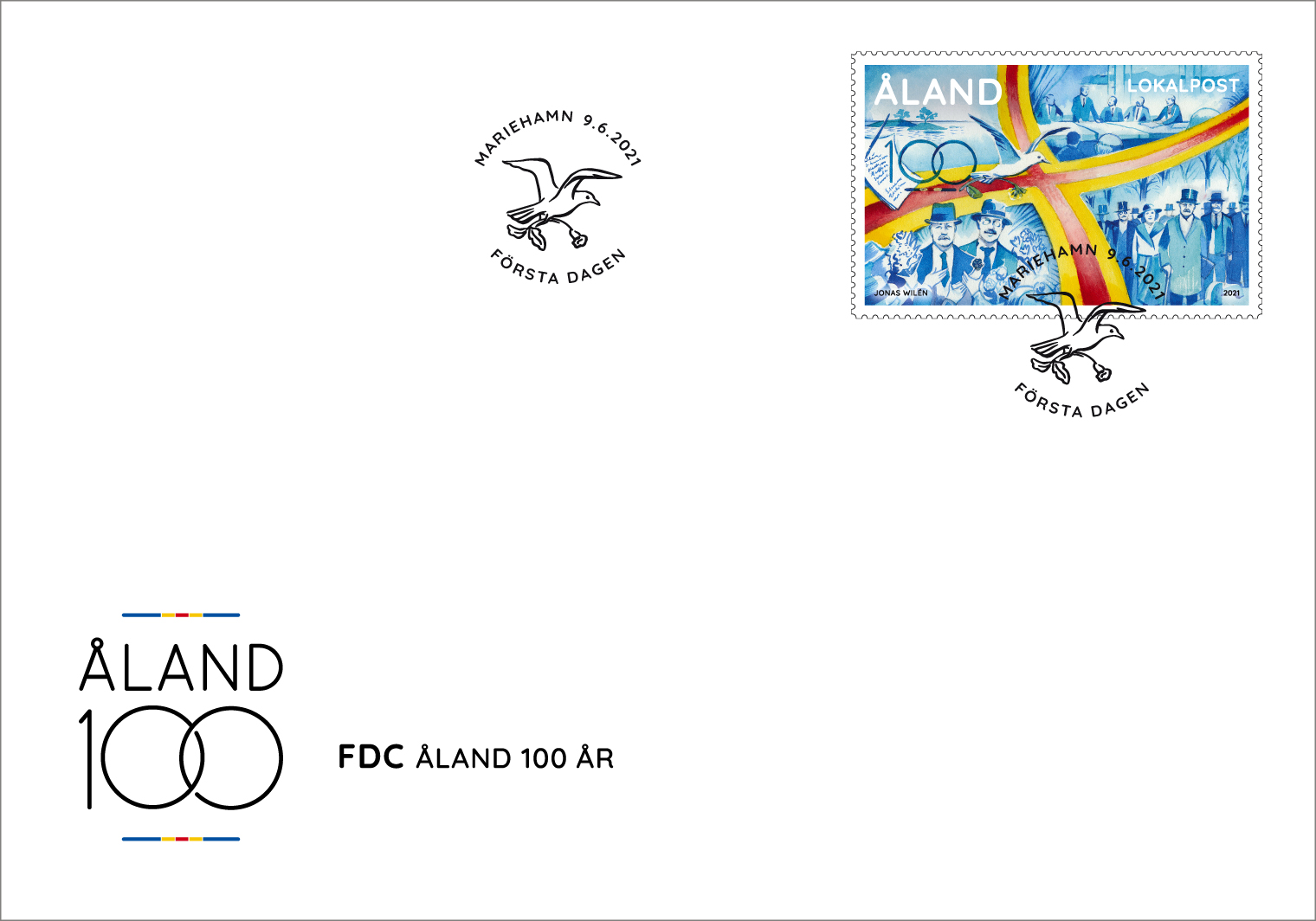 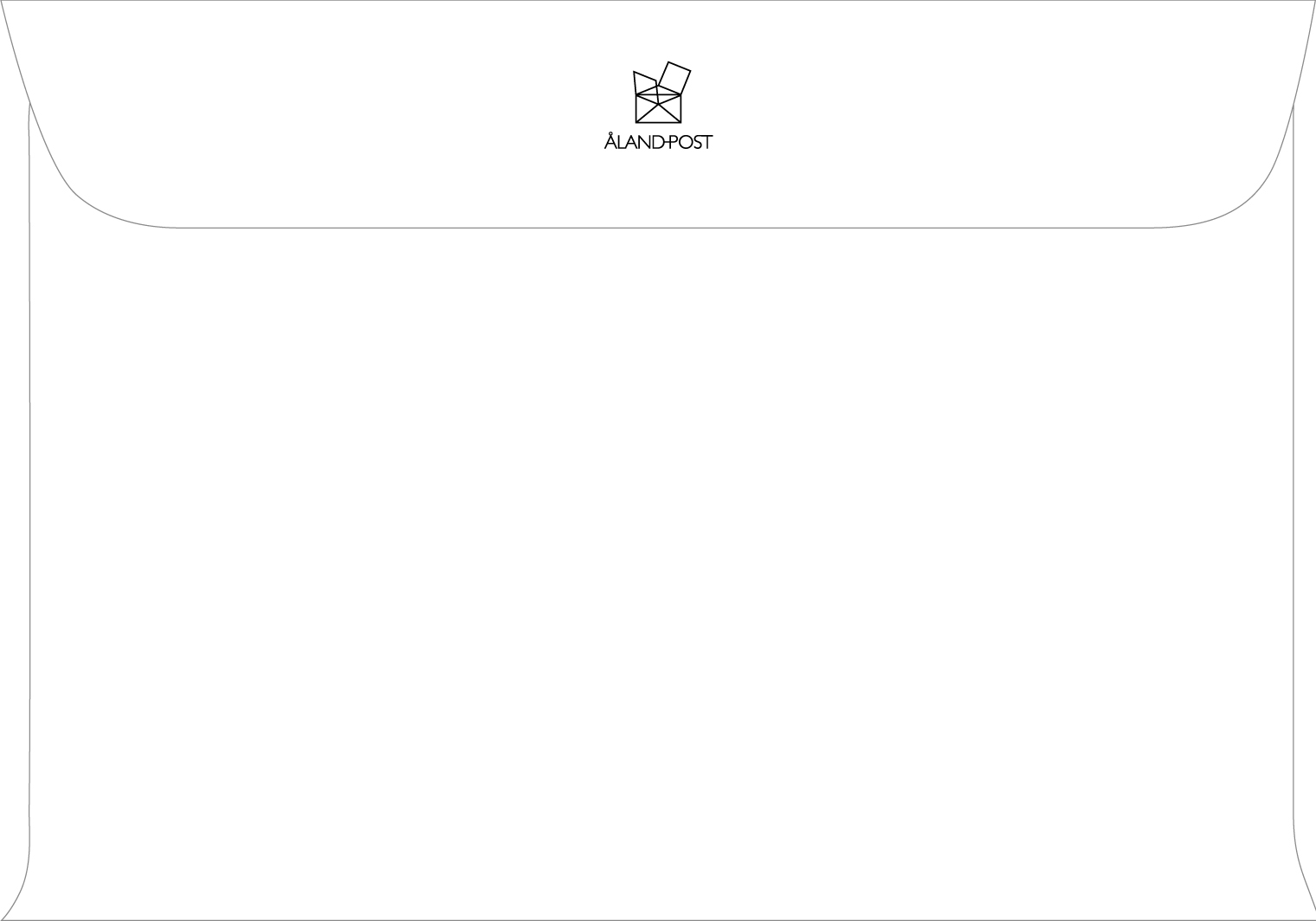 DESCRIPTION: With a postage stamp illustrating Åland’s path to autonomy, we join the celebration of the centennial year of Åland autonomy that starts on 9 June 2021 and culminates on 9 June 2022. In the stamp, we see two of the leaders of the Åland Movement, Julius Sundblom and Carl Björkman, and the Council of the League of Nations announcing its decision in the matter of the Åland dispute in Geneve, June 1921. The stamp sheet is adorned by two mountain pines, symbolizing Åland self-will and stubbornness, so typical to the islanders, artist Jonas Wilén explains.

The official logo of the anniversary year adorns the FDC. The first day cancel depicts a peace gull, a paraphrase of the proverbial peace dove. Holding an “olive branch” in the form of a cowslip, the provincial flower of Åland, it represents the Islands of Peace, another name for Åland because of the demilitarized status of the islands. Last day of sale for the FDC: 31 August 2021.

The celebration of the centenary of Åland autonomy begins on 9 June. Åland stamps are important as a symbol of the autonomy, and Åland Post starts the celebrations with the issue of this year’s stamp illustrating the path to autonomy, interpreted by artist Jonas Wilén’s eye and unique style.

Choosing a few key events from the history of autonomy wasn’t easy, artist Jonas Wilén reveals: “This honorary commission required a great deal of thought and research. It all came together when I decided to use the flag to illustrate the historic events. I painted the motif in watercolour and gouache.”

To highlight the centennial year in a format out of the ordinary, the stamp is twice the size of an ordinary stamp. The official logo of the anniversary year and two mountain pines adorn the stamp sheet. The trees symbolize Åland self-will and stubbornness, so typical to the islanders, artist Jonas Wilén explains.

Events illustrated in the stamp motif are the 1917 petition that confirmed that a majority of the population supported the idea of a reunion with the old mother country of Sweden. The Åland Movement was born. Supported by Sweden, the Åland demands were denied by Finland that, in 1920, put forward a suggestion of self-government. Still, the Ålanders wished to decide their nationality.

Below left on the stamp: Julius Sundblom and Carl Björkman, leading figures of the Åland Movement, were accused and convicted of treason but pardoned by the President. The stamp shows the hero’s welcome with flowers and cheers they were given when returning to Åland in July 1920.

Up right on the stamp: The Åland question was put up for arbitration by the newly formed League of Nations. A Commission of Rapporteurs was appointed, and its recommendation was largely adopted in the League’s resolution of June 1921 in Genève. Finland retained sovereignty of Åland, that was granted political autonomy and a guarantee to retain its Swedish language, local culture and traditions.

Below right on the stamp: The first general election was held in May 1922 and the first Parliamentary Assembly convened on 9 June, headed by Julius Sundblom, newly elected Speaker. Carl Björkman was the first Premier in Åland.