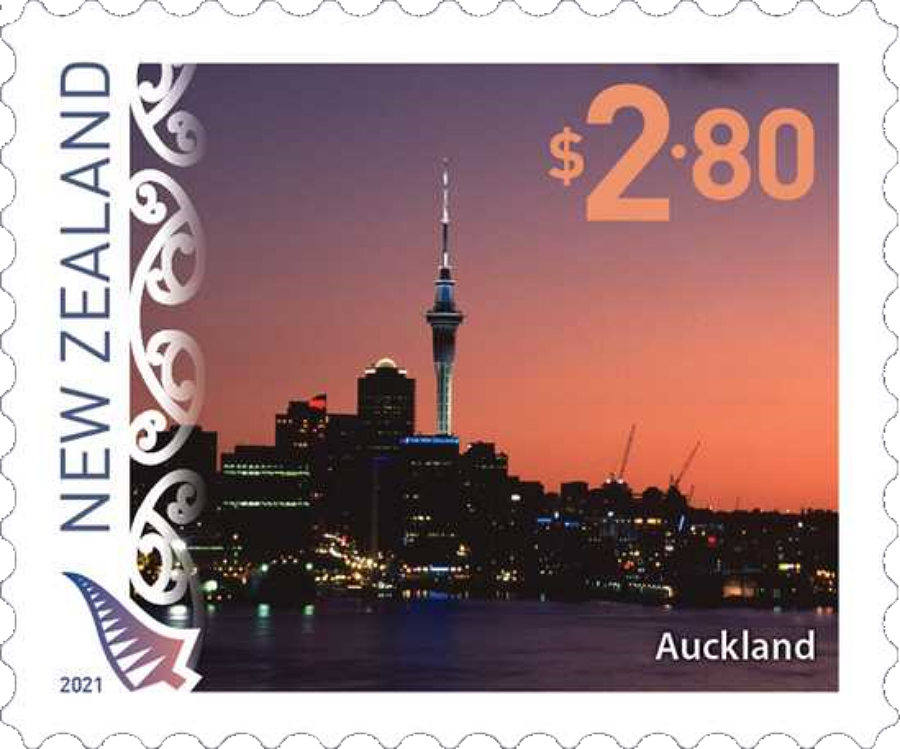 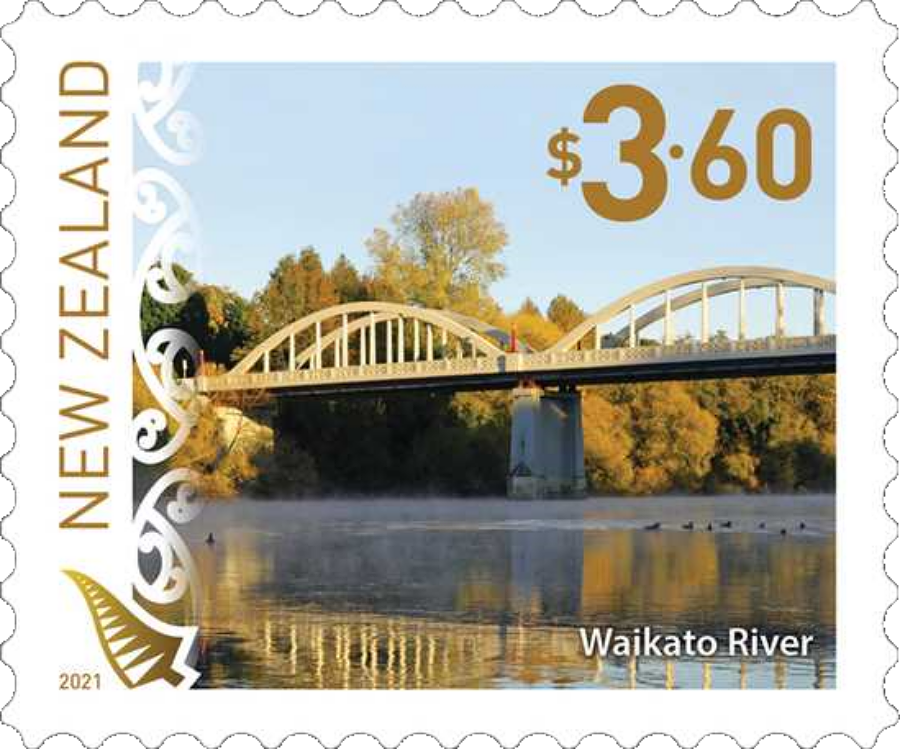 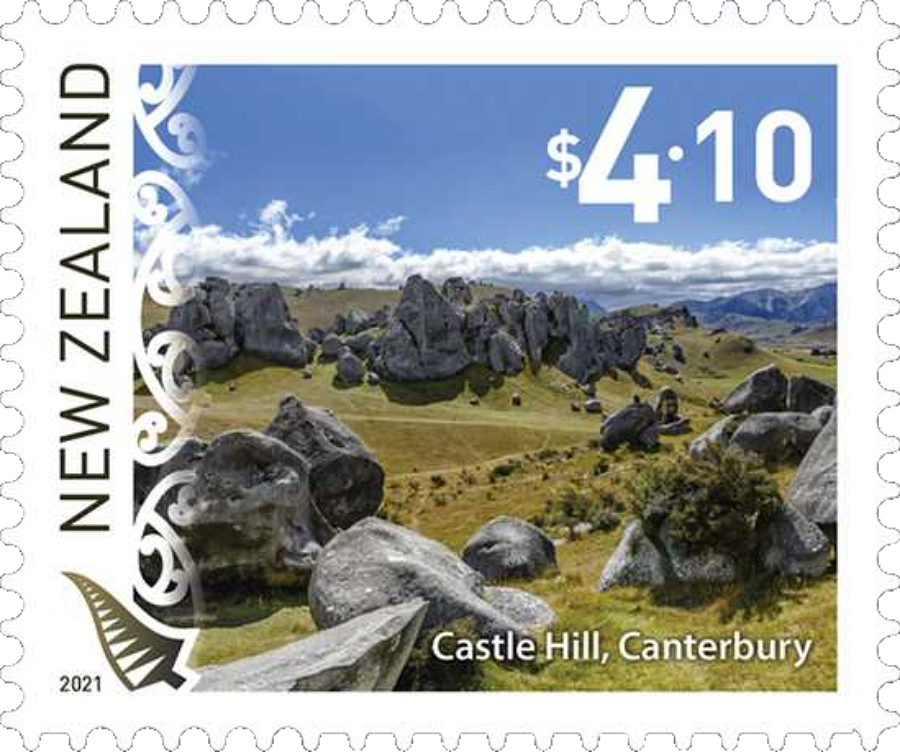 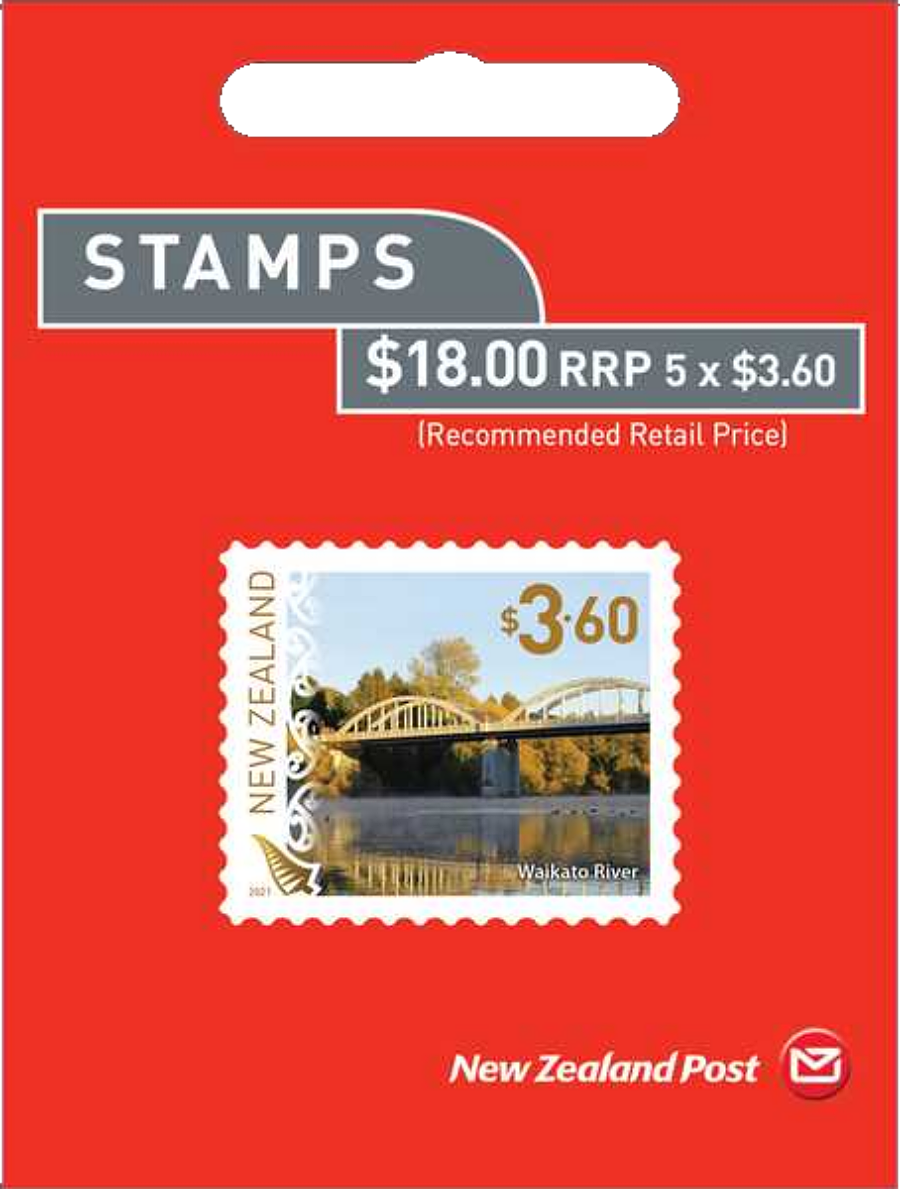 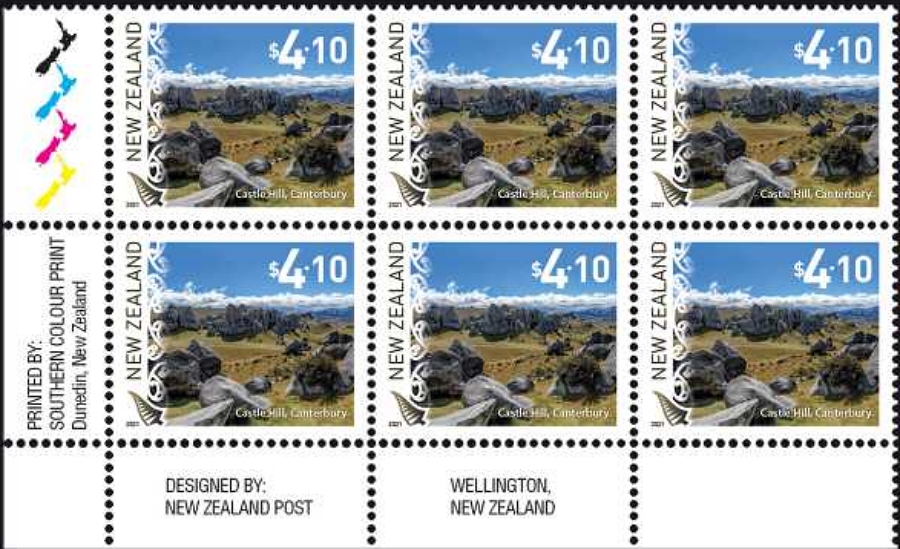 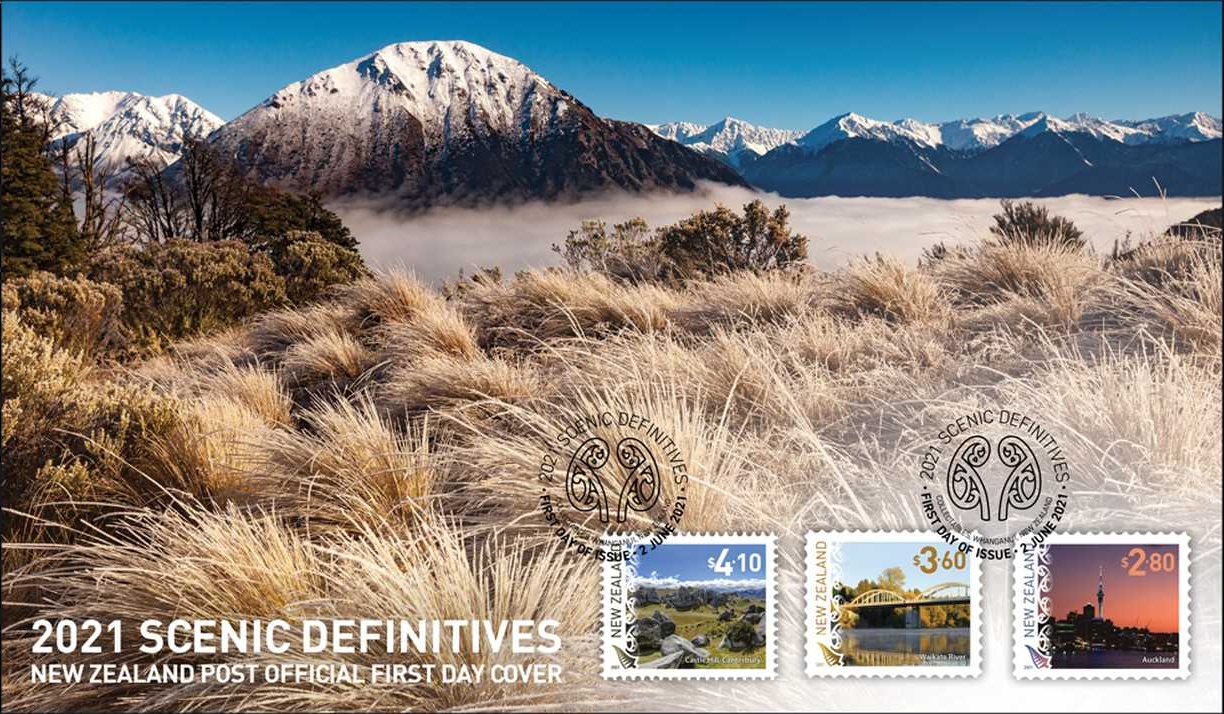 Auckland is a large metropolitan city in the North Island of New Zealand. The most populous urban area in the country, Auckland has an urban population of about 1,470,100 (June 2020). It is located in the Auckland Region — the area governed by Auckland Council — which includes outlying rural areas and the islands of the Hauraki Gulf, and which has a total population of 1,717,500. While Europeans continue to make up the plurality of Auckland’s population, the city became multicultural and cosmopolitan in the late-20th century, with Asians accounting for 31% of the city’s population in 2018. Auckland is also home to the largest Polynesian population in the world. The Māori-language name for Auckland is Tāmaki Makaurau, meaning “Tāmaki desired by many”, in reference to the desirability of its natural resources and geography.

Auckland lies between the Hauraki Gulf to the east, the Hunua Ranges to the south-east, the Manukau Harbour to the south-west, and the Waitākere Ranges and smaller ranges to the west and north-west. The surrounding hills are covered in rainforest and the landscape is dotted with 53 dormant volcanic cones. The central part of the urban area occupies a narrow isthmus between the Manukau Harbour on the Tasman Sea and the Waitematā Harbour on the Pacific Ocean. Auckland is one of the few cities in the world to have a harbor on each of two separate major bodies of water.

The isthmus on which Auckland sits was first settled circa 1350 and was valued for its rich and fertile land. The Māori population in the area is estimated to have peaked at 20,000 before the arrival of Europeans. After a British colony was established in New Zealand in 1840, William Hobson, then Lieutenant-Governor of New Zealand, chose Auckland as its new capital. He named the area for George Eden, Earl of Auckland, British First Lord of the Admiralty. Māori–European conflict over land in the region led to war in the mid-19th century. In 1865, Auckland was replaced by Wellington as the capital, but continued to grow, initially because of its port and the logging and gold-mining activities in its hinterland, and later because of pastoral farming (especially dairy farming) in the surrounding area, and manufacturing in the city itself. It has been the nation’s largest city throughout most of its history. Today, Auckland’s central business district is New Zealand’s leading economic hub.

The University of Auckland, founded in 1883, is the largest university in New Zealand. The city’s significant tourist attractions include national historic sites, festivals, performing arts, sports activities, and a variety of cultural institutions, such as the Auckland War Memorial Museum, the Museum of Transport and Technology, and the Auckland Art Gallery Toi o Tāmaki. Its architectural landmarks include the Harbour Bridge, the Town Hall, the Ferry Building and the Sky Tower. The city is served by Auckland Airport, which handles around 2 million international passengers a month. Despite being one of the most expensive cities in the world,[9] Auckland is recognized as one of the world’s most livable cities, ranked third in the 2019 Mercer Quality of Living Survey. 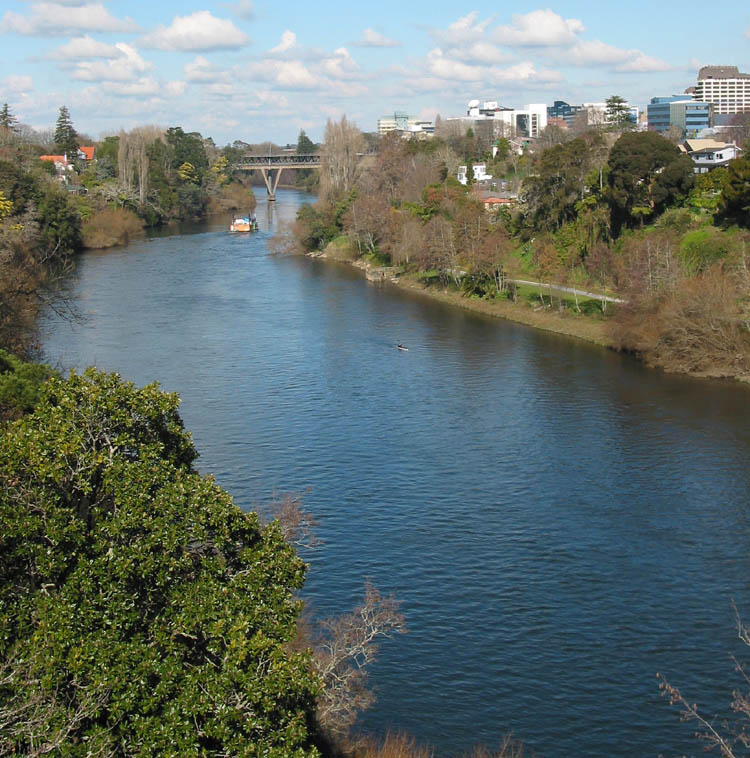 The Waikato River is the longest river in New Zealand, running for 425 kilometres (264 miles) through the North Island. It rises in the eastern slopes of Mount Ruapehu, joining the Tongariro River system and flowing through Lake Taupo, New Zealand’s largest lake. It then drains Taupo at the lake’s northeastern edge, creates the Huka Falls, and flows northwest through the Waikato Plains. It empties into the Tasman Sea south of Auckland, at Port Waikato. It gives its name to the Waikato region that surrounds the Waikato Plains. The present course of the river was largely formed about 17,000 years ago. Contributing factors were climate warming, forest being reestablished in the river headwaters and the deepening, rather than widening, of the existing river channel. The channel was gradually eroded as far up river as Piarere, leaving the old Hinuera channel through the Hinuera Gap high and dry. The remains of the old river path can be clearly seen at Hinuera where the cliffs mark the ancient river edges. The river’s main tributary is the Waipa River, which has its confluence with the Waikato at Ngāruawāhia.

The name Waikato comes from the Māori language and translates as flowing water. The Waikato River has spiritual meaning for various local Māori tribes, including the large Tainui, who regard it as a source of their mana, or pride. The widely respected marae of Tūrangawaewae is close to its banks at Ngāruawāhia.

For many years Tainui tribe have sought to re-establish their links to the river after the New Zealand Wars and the subsequent confiscations of the 1860s, and are continuing negotiations with the New Zealand government. The Tainui iwi was advised not to bring a case for the river before the Waitangi Tribunal as they would not win. An out of court settlement was arranged and the deed of settlement signed by the Crown and Waikato-Tainui in August 2008 settled the raupatu claim to the Waikato River, although other claims for land blocks and harbors are still outstanding. Waikato-Tainui now have joint management of the river with the Waikato Regional Council.

As well as being a water and recreation resource, the river was historically a critical communications and transport link for the communities along it. It took about 3 days to paddle a waka from Waiuku to the Cambridge/Te Awamutu area. Taupo, Mangakino, Cambridge, Hamilton, Horotiu, Ngāruawāhia, Huntly, Hampton Downs, Meremere, Waiuku and Port Waikato are on or close to it. The Waikato River in Hamilton is frequently used by rowers, kayakers and powered pleasure craft. Water-skiers and jet skis have zones outside the city limits where they can be used.

The river was of military importance in the land wars between New Zealand settler and Kingitanga forces during 1863–64 and significant battles were fought. Three shallow draft gunboats were designed in New Zealand and built in Sydney in kitset form. In addition locally sourced barges were rebuilt with steel plating to carry troops and supplies. In support of these invasions, New Zealand developed its first “navy”, the Waikato Flotilla, run by an Australian Francis Cadell who was presented with a gold watch and diamonds by the New Zealand government in recognition of his service. A cemetery containing the graves of the British military dead can be found at Rangiriri opposite the hotel, shops and cafe. 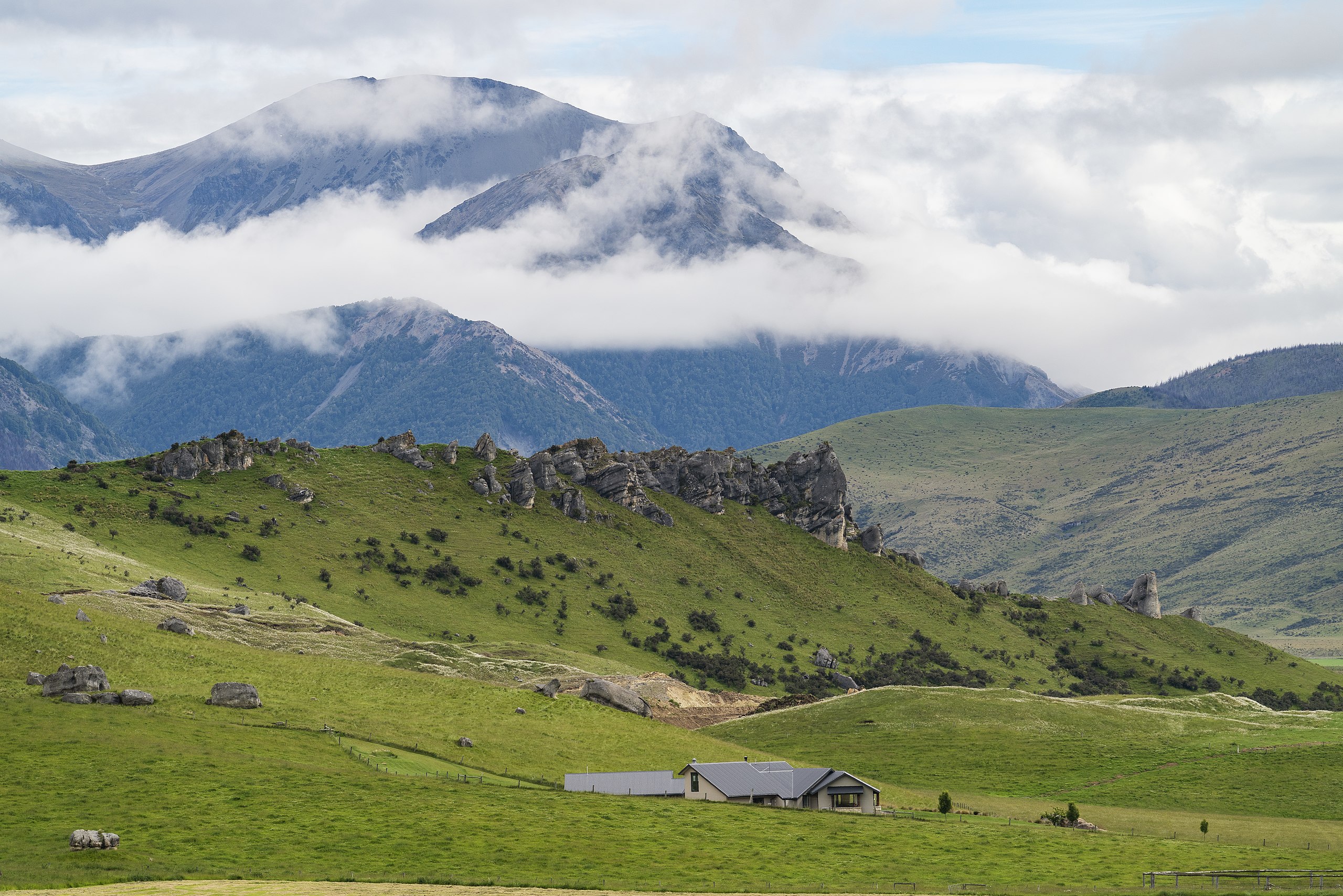 Castle Hill is a location and a high country station in New Zealand’s South Island. It is located at an altitude of 700 metres, close to State Highway 73 between Darfield and Arthur’s Pass. It is private property and located within the Kura Tawhiti Conservation Area.

The hill was so named because of the imposing array of limestone boulders in the area reminiscent of an old, run-down stone castle. The front of ChristChurch Cathedral in Christchurch was made from Castle Hill limestone. The station was established by the Porter brothers, and later owned by brothers John and Charles Enys. John Enys was a noted entomologist, and friend of novelist Samuel Butler.

It is widely considered to be the epitome of New Zealand’s South Island climbing scene, where on any given day one can find rock climbers bouldering the unique limestone outcroppings. This area has recently seen more visitors, as nearby Flock Hill station was used for the filming of the climactic battle scenes of the 2005 movie, The Chronicles of Narnia: The Lion, the Witch and the Wardrobe. Flock Hill also has a huge number of climbable limestone boulders though access requires a short certification procedure via the internet, unlike Kura Tawhiti which, as a conservation area, allows free access at all times.