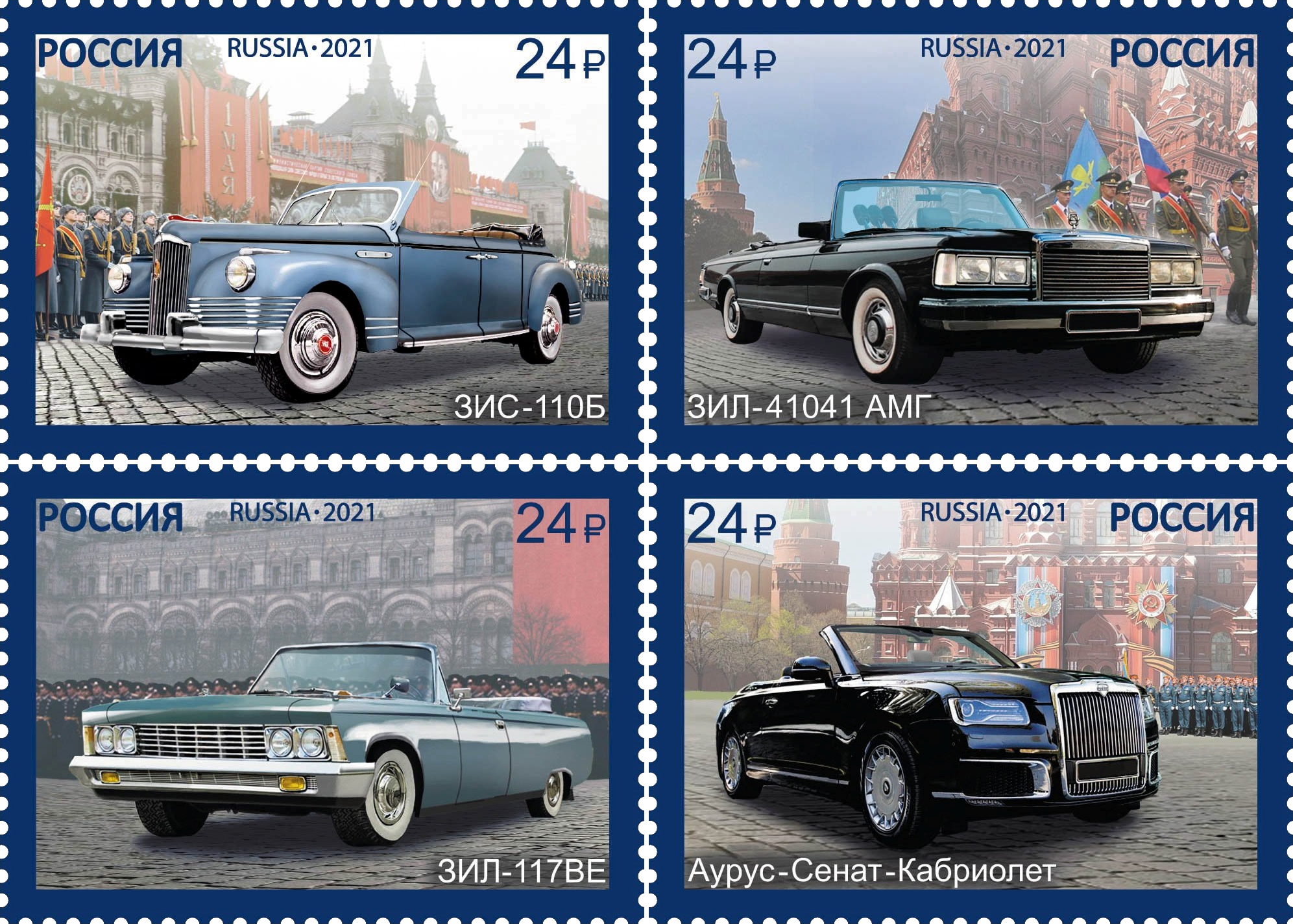 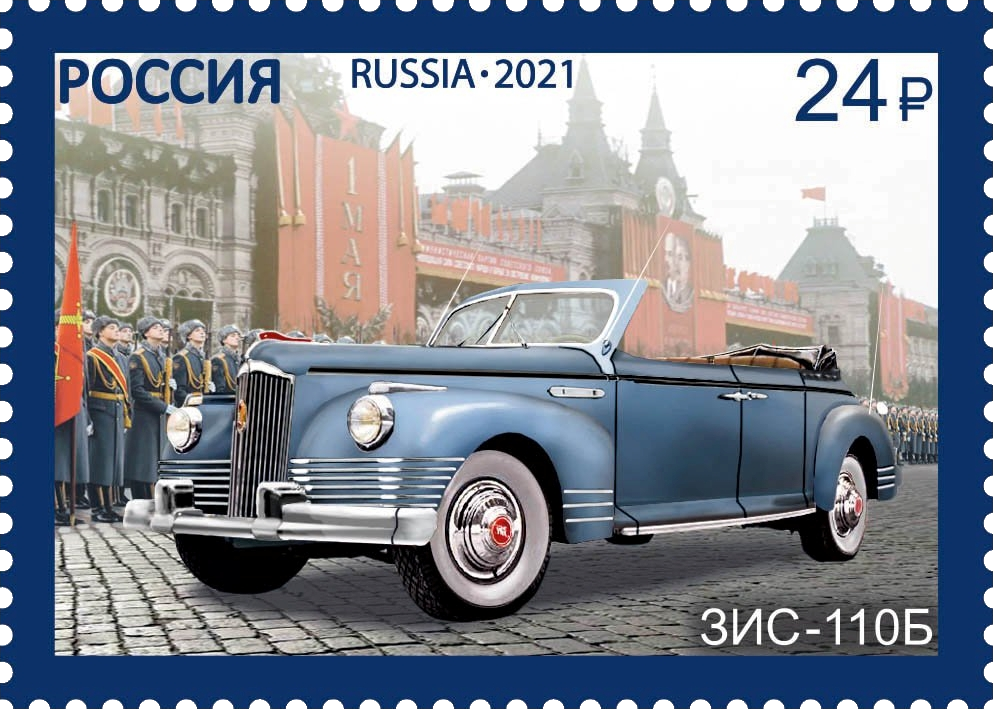 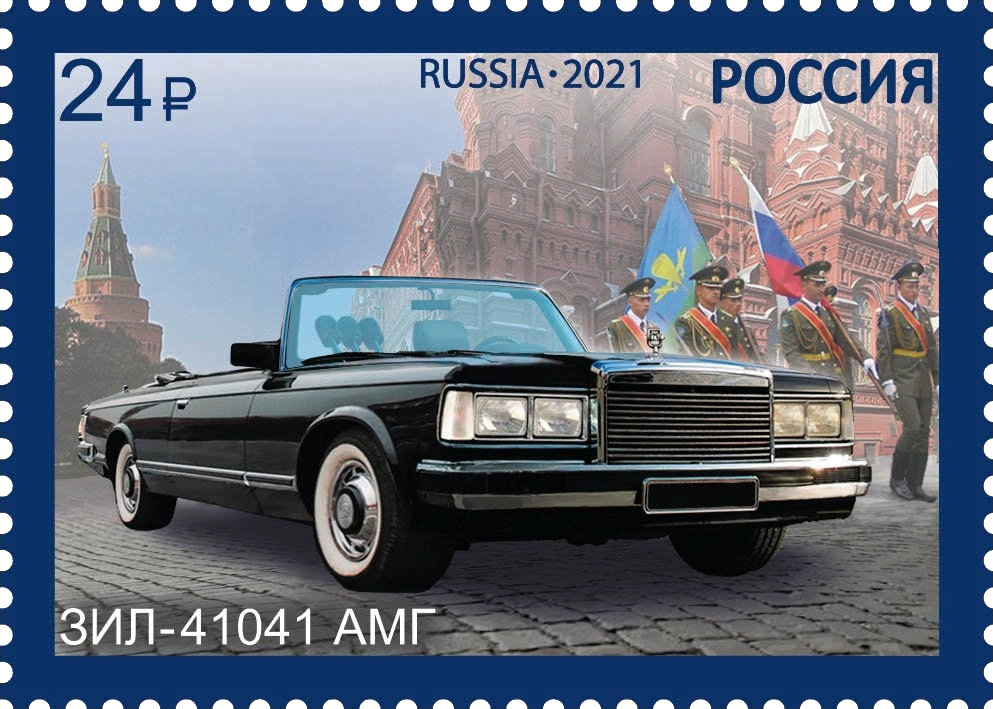 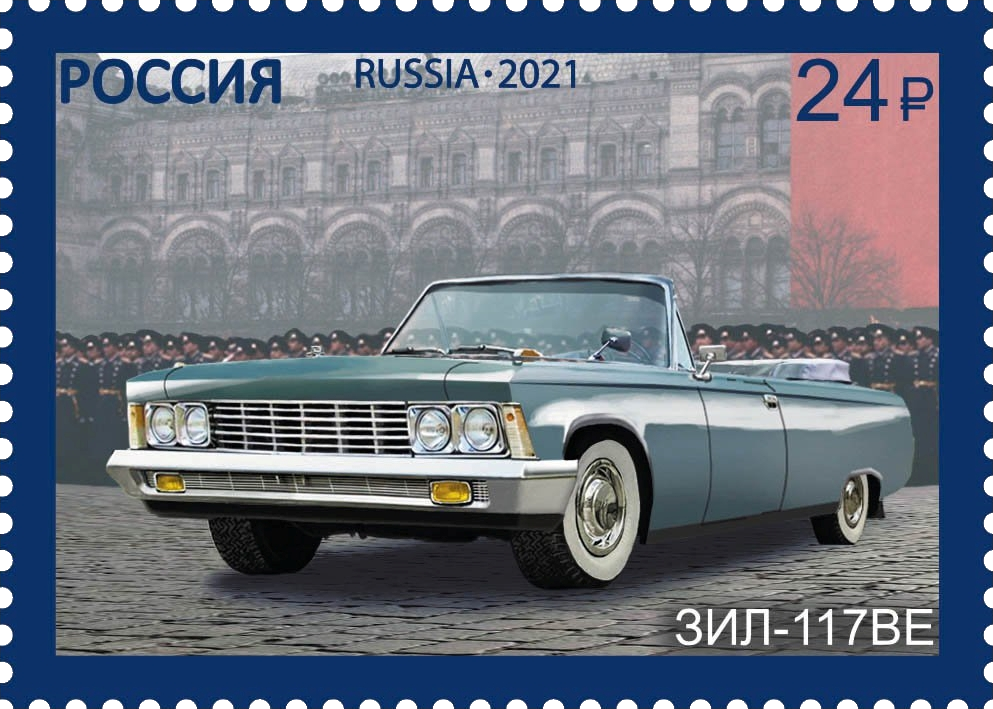 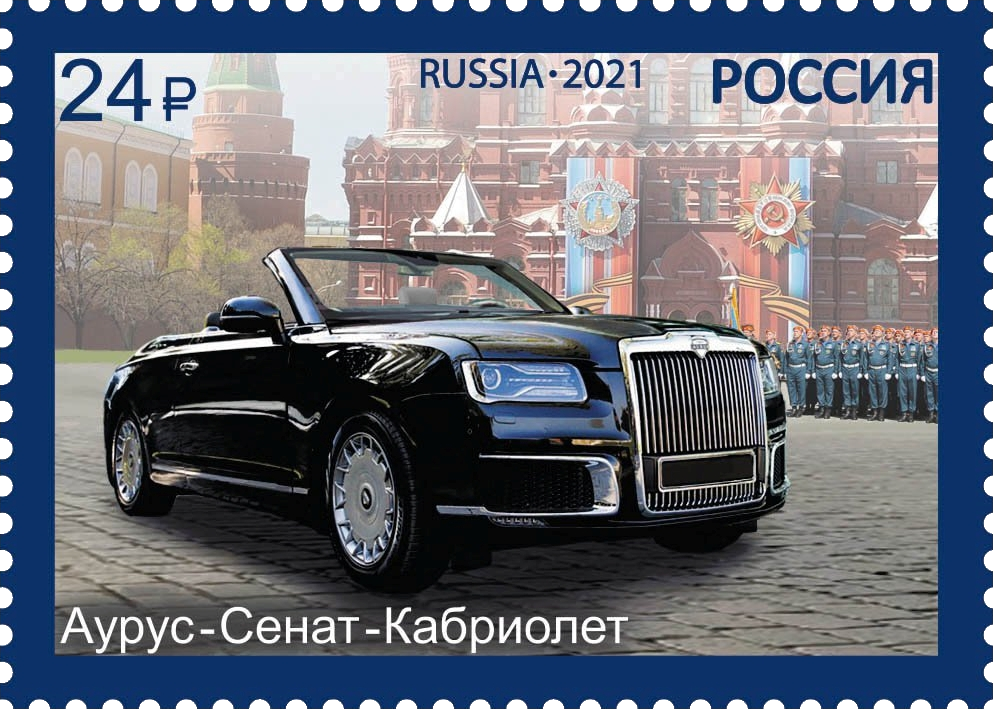 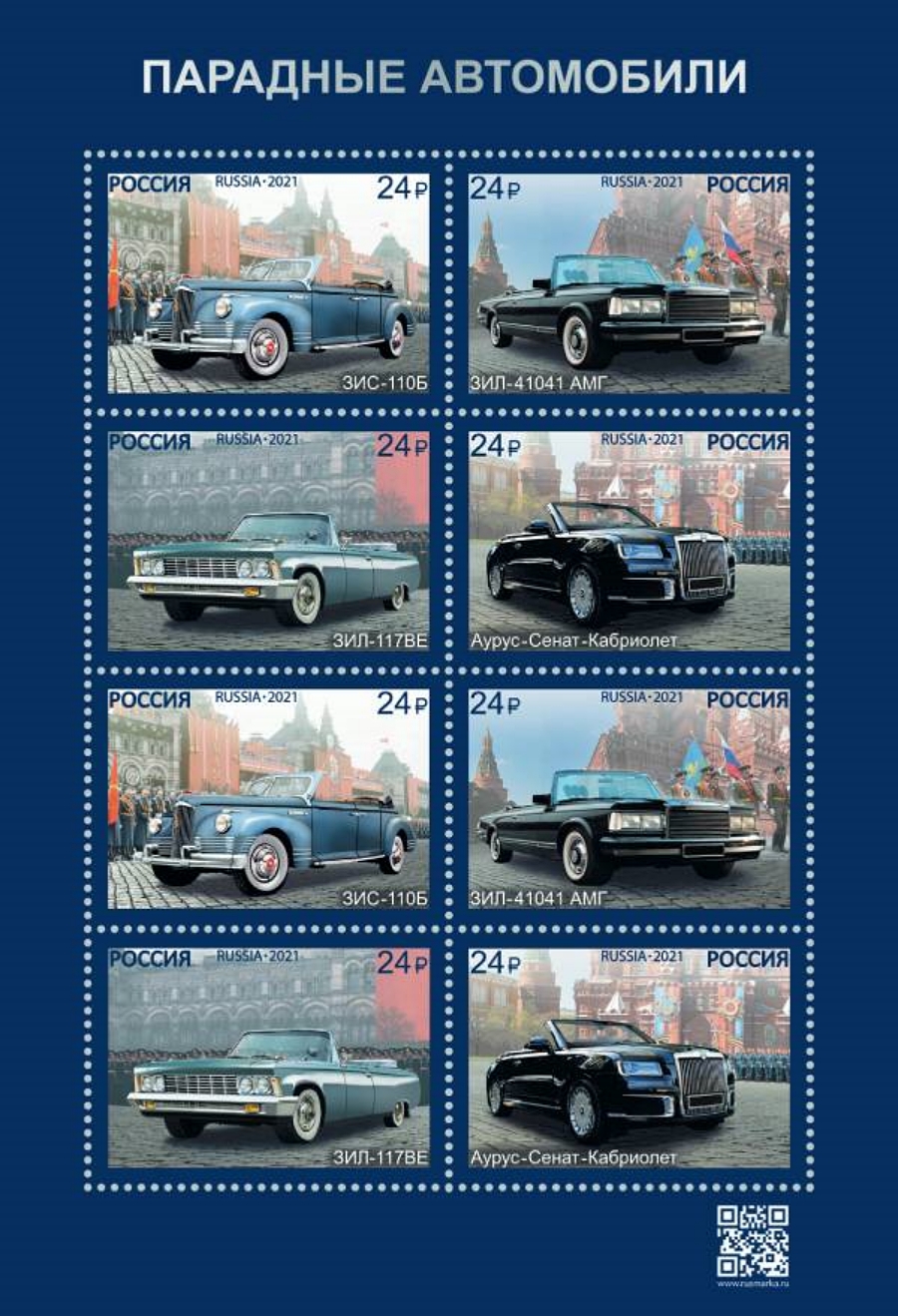 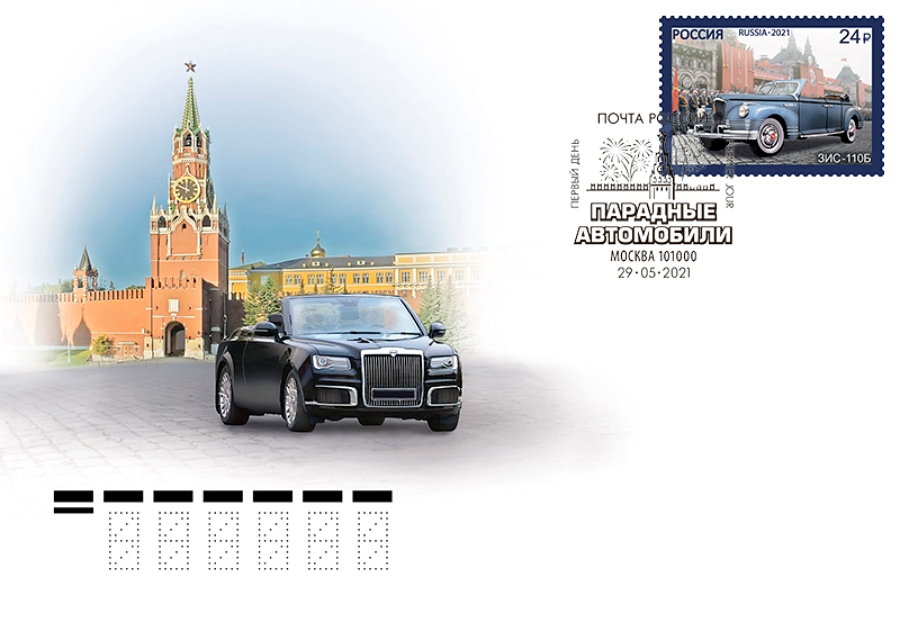 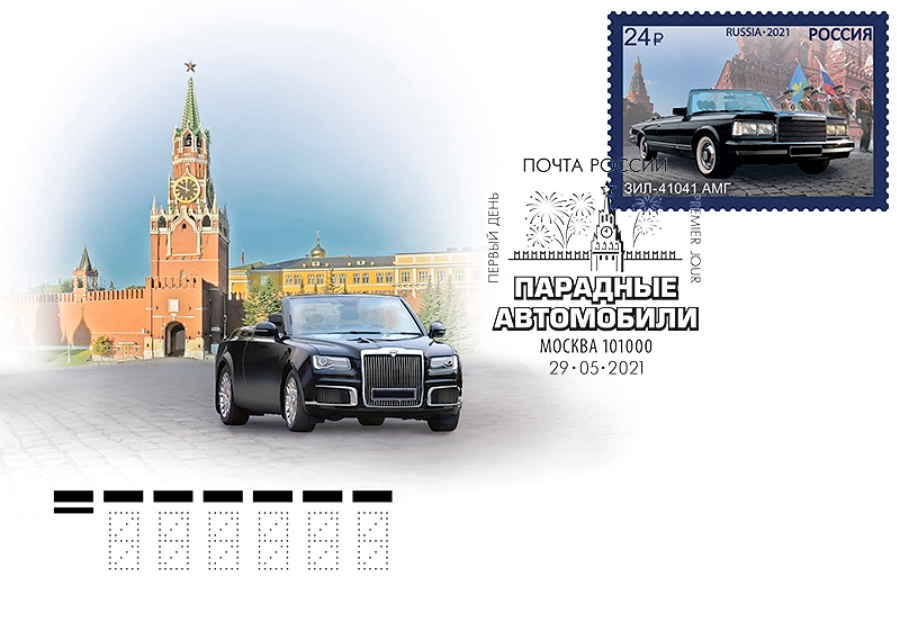 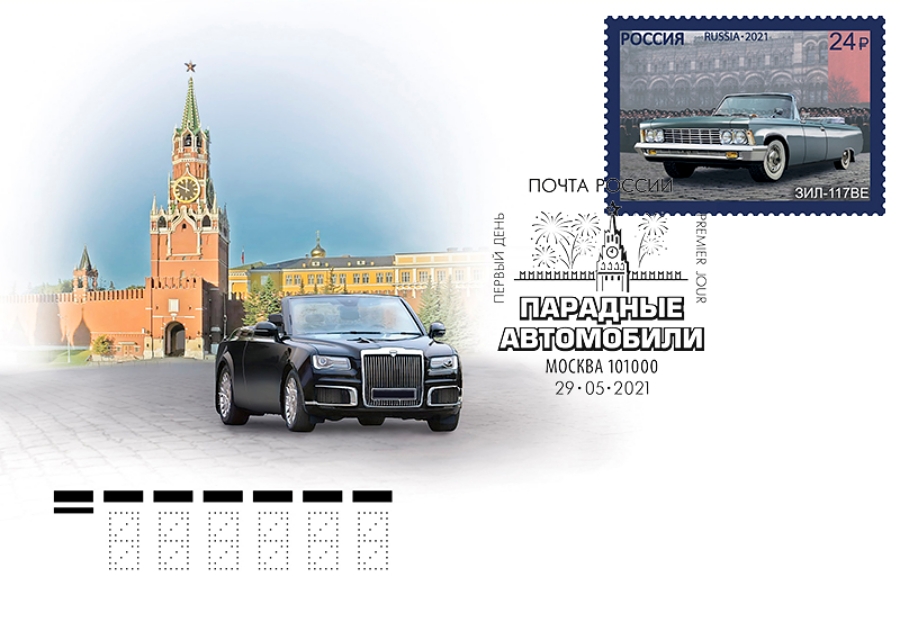 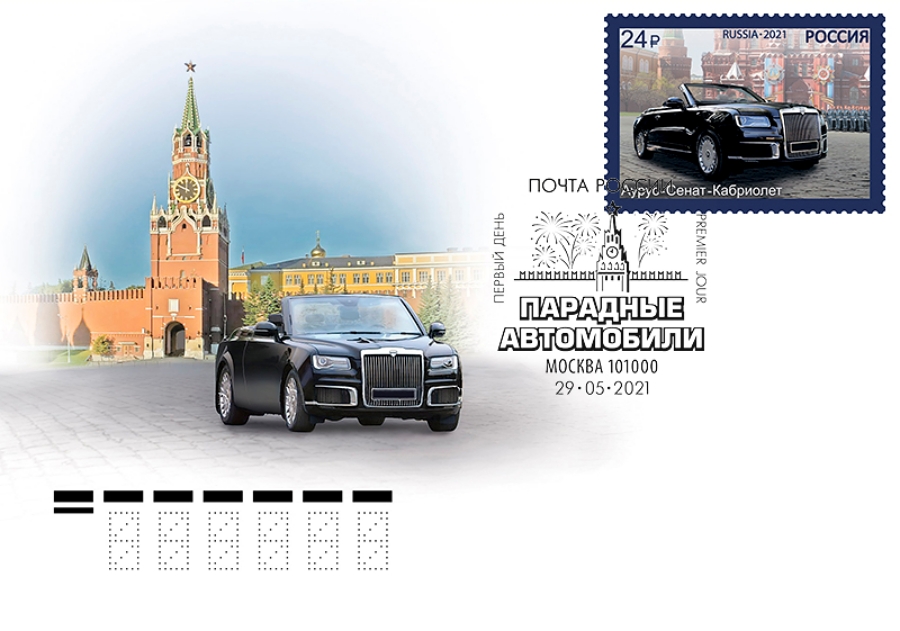 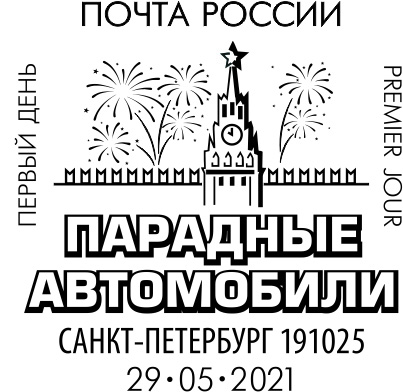 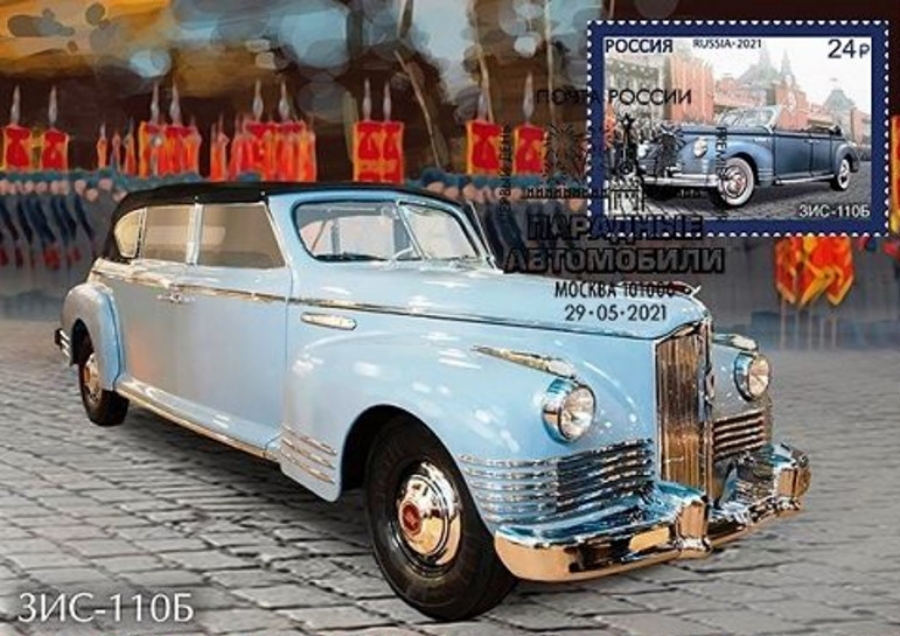 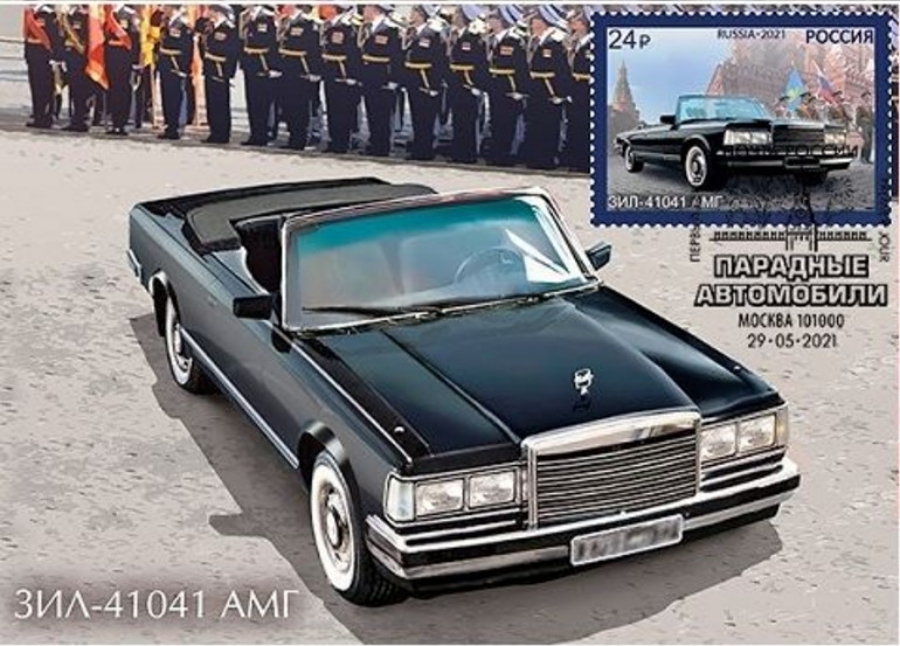 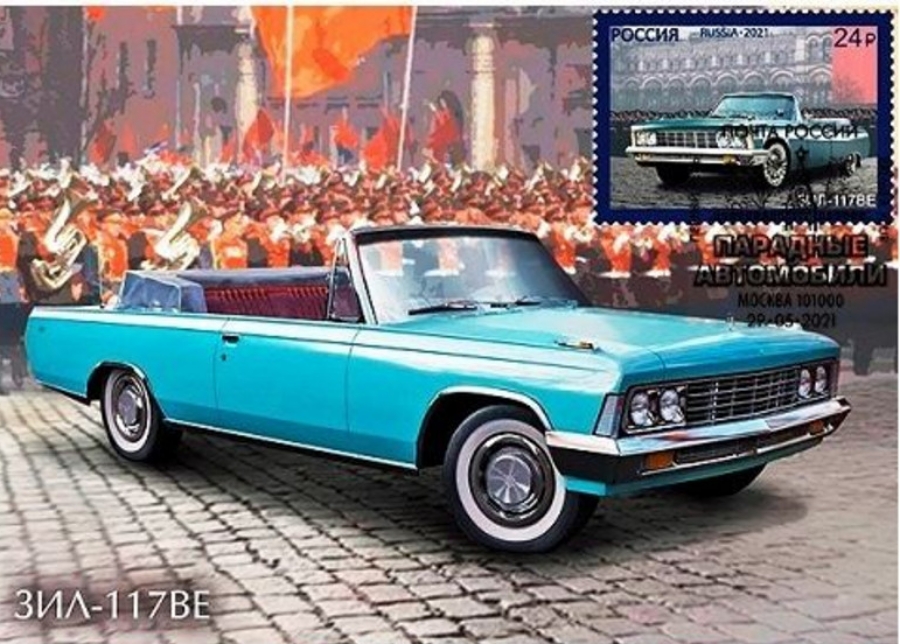 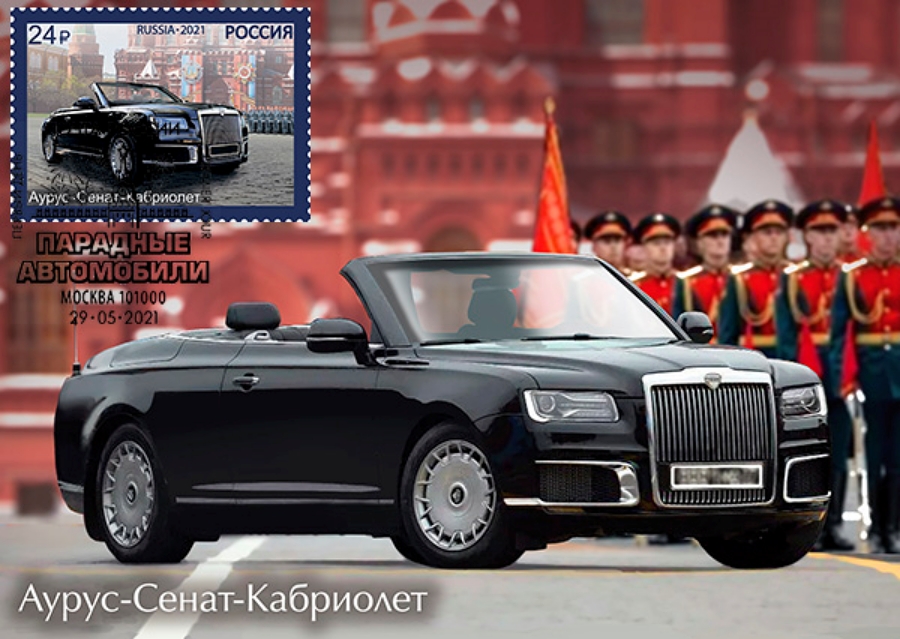 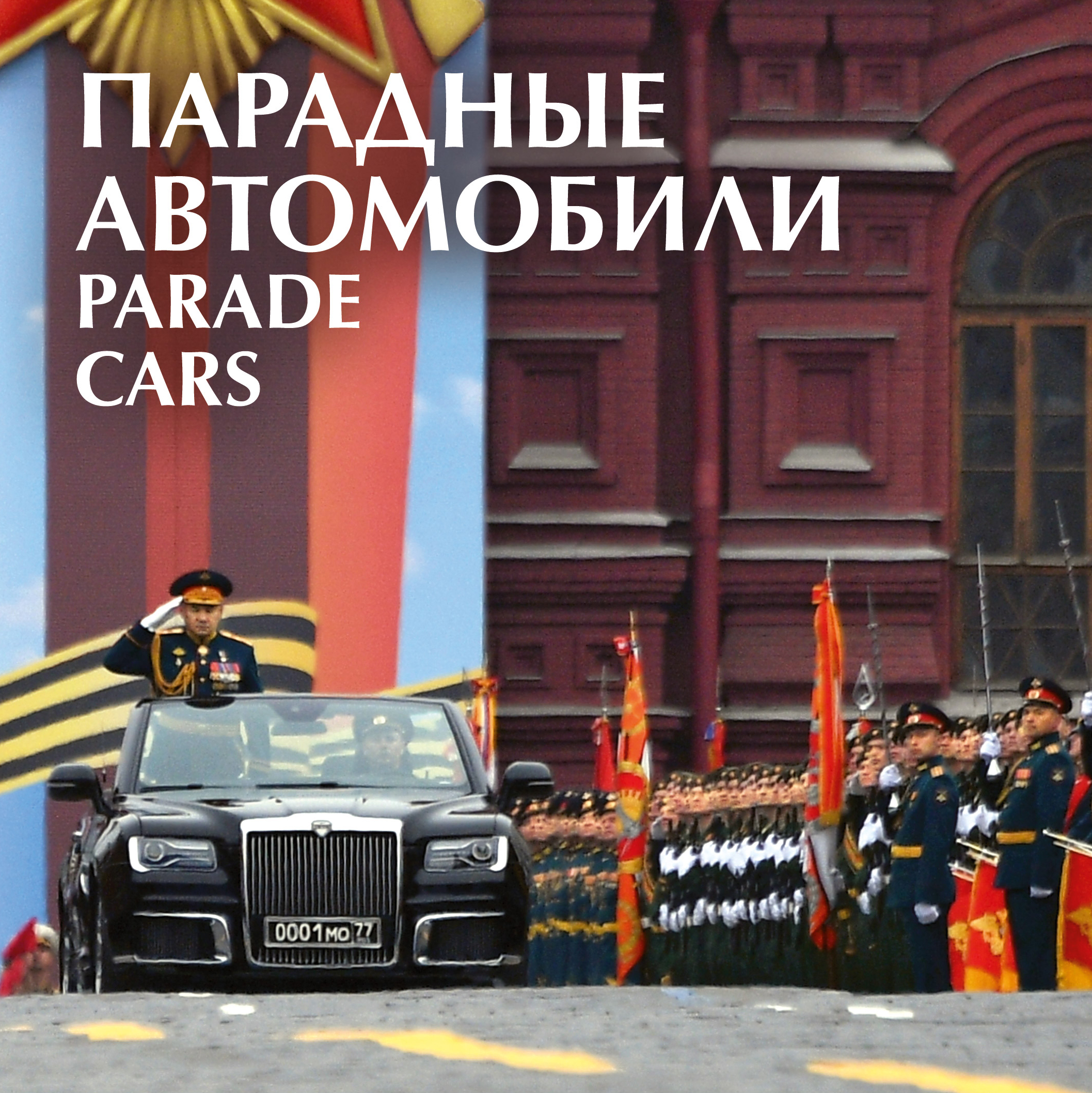 Parade cars are parade limousines that appear in public once a year — at the Victory Day Parade on May 9. The tradition of commanding the parade from the wheels appeared in the USSR. Before that, the warlords pranced on horses. The first domestic limousine for parades ZIS-110 was created in 1945 in the image and likeness of the American “Packard”. At the same time, there was a tradition to paint limousines with light gray nitroemal-the color of the marshal’s greatcoat. The ceremonial limousine is a special purpose car, which was created using the most advanced technologies of those times. Luxury car interior, electric mirrors. Instead of the right front seat, there are microphones and a handrail, since the passenger has to stand all the time.

ZIS-110B-phaeton body type, produced in 1949-1957. ZIS-110B participated in military parades, worked as a taxi, and cameramen used them for filming. The ZIS-110B phaetons were painted in black, gray, gray-blue and beige.

ZIL-117VE-body type passenger convertible. Top-class ZIL-117VE cars were produced from 1973 to 1979. They were intended mainly for participation in military parades and serving party and state leaders. As you know, the three parade copies were executed in gray-green color and differed from ordinary phaetons in the absence of a seat next to the driver, the presence of a microphone stand and a chrome handrail for “safety” of the Parade host. The remaining cars were produced in black and gray.

ZIL-41041 AMG-parade convertible from the Nizhny Novgorod company “Atlant Delta” created in 2010 for the Victory Parade in the amount of 4 copies. The car is a hybrid of a 2007 GMC Sierra 1500 pickup truck and a body from ZIL-41041. The body of the four-door ZIL sedan was converted into a two-door convertible. The car was used in parades from 2010 to 2018.

Aurus Senat Cabriolet is created on the basis of the executive sedan “Senate” specifically for Victory Parades. The development of the entire family of cars was conducted since 2012 by the state scientific center “NAMI”. Two cars took part in the Victory Day Parade in Moscow on May 9, 2019. Designed for the commander of the Parade and the Minister of Defense of the Russian Federation. 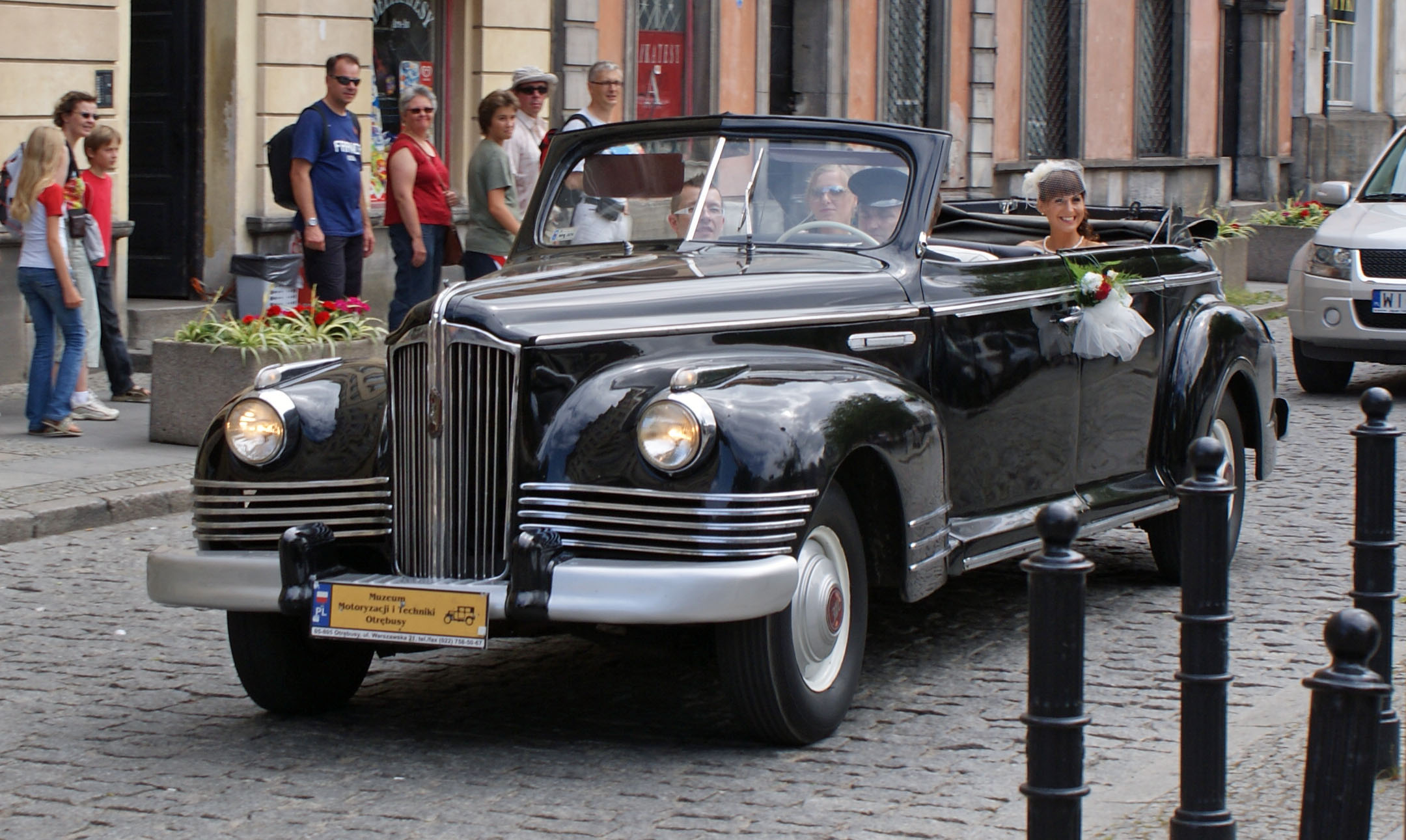 The 110 was developed from the reverse engineering of a 1942 Packard Super Eight during 1944. The first five prototypes were completed by August 1945. It was powered by a 6-litre, 8-cylinder engine producing 140 hp (104 kW) and giving a top speed of over 140 km/h (87 mph). It was made in both sedan and convertible versions.

The ZIS was rumored to use machinery from the Packard 180 assembly line which was sent to the USSR after American production ended. However, according to The Fall of the Packard Motor Car Company, there is no evidence whatsoever in the Packard archives of such a transfer. Moreover, as one of the main results of the collection of information and material of Bert Hein, there can be many current opinions within the car literature disproved. The database includes, in addition to some pictures of commissars with Packards, a registry of existing cars and information about all ZIS versions, but particularly a point to point comparison between the products of Packard and ZIS. Therefore more likely that the top commissars, including Joseph Stalin, owned several Packards and wanted their first effort at a luxury car to be based on what is arguably one of the top cars of the 1940s.

These cars were often given away as gifts to foreign communist leaders such as Chinese leader Mao Zedong and North Korean premier Kim Il-sung. After Stalin, the ZIL 110 c cabriolet was used as a parade car for Nikita Khrushchev and this model was also gifted to Enver Hoxha, the lifelong president of Albania. Ho Chi Minh, the first president of North Vietnam, also received one (most likely from the Soviet Union), which can be seen on display on the grounds of his former residence in the Vietnamese capital of Hanoi. 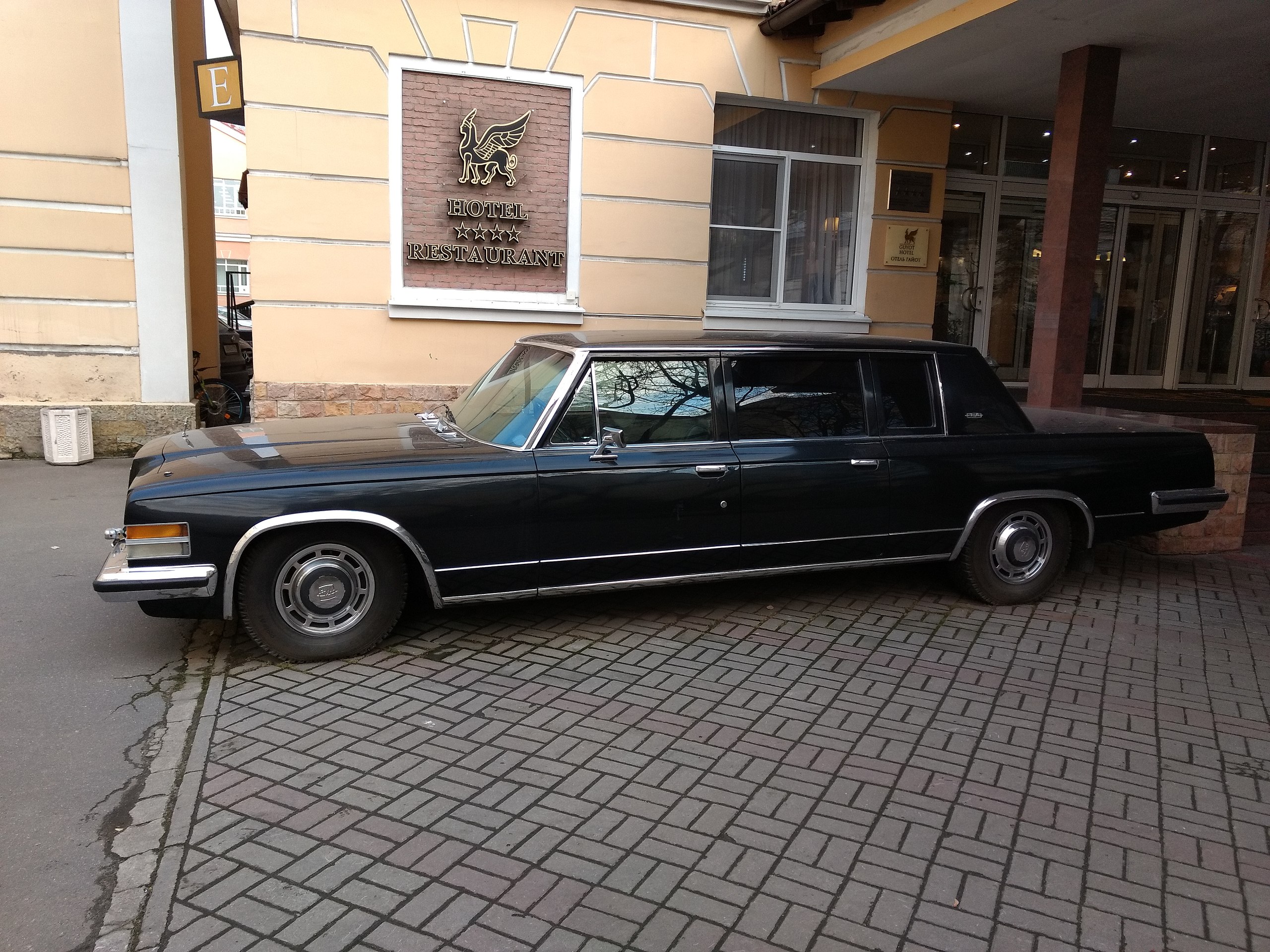 The ZIL-4104 was a limousine built by ZIL from the late 1970s to the early 1980s, when it served as the transport of the elite of the Soviet Union. It is estimated that no more than fifty cars were produced each year.

Among its special features were special laminated windscreen and triple-layered windows, supposedly offering protection from radiation in case of nuclear attack, plus duplicated systems, including dual ignition, two 74-amp batteries in parallel, and two fuel pumps.

The console and dash were covered with Karelian birch 10 mm (0.39 in) thick, and the rear seat controlled radio (a Riga receiver), power windows, heater, and air conditioner; in the console in front was a Vilma cassette player.

By 1984, a new three-speed automatic transmission had replaced the much outdated two-speed type that had been used by ZIL dating back to the first ZIL-111 in 1958.

As official state cars, the ZIL-4104s were “built under conditions of strict secrecy” and were “maintained in closed garages by a special division of the KGB”, with everyone involved in building and servicing them sworn to secrecy. 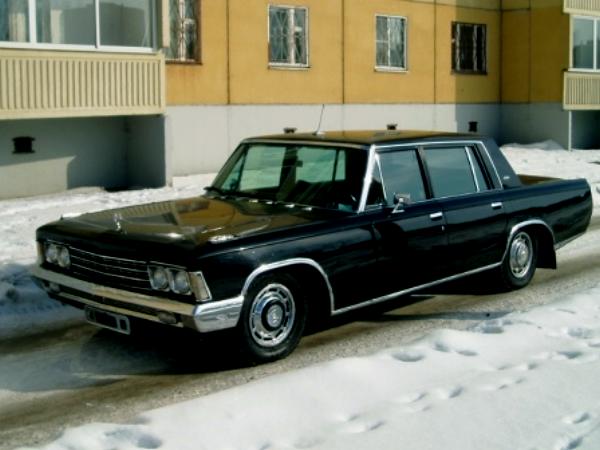 The ZIL-117 is a luxury sedan built by ZiL in USSR and first presented at the Autoprom (precursor of the Moscow International Motor Show) in 1977. Debuting in 1971, it was derived from the earlier ZIL-114.

One of the reasons to design the ZIL-117 was a need of a government car of an intermediate rank between ZIL-114 (reserved for highest state and party authorities) and GAZ-13 Chaika, appropriate for example for Politburo member candidates, and also as supporting cars in highest officials’ convoys.

The current presidential state car is an Aurus Senat limousine, which replaced a Mercedes-Benz S 600 Guard Pullman. The car is equipped with many life-saving, offensive, and defensive measures, and is built to the Federal Protective Service’s standards.

The Aurus Senat was developed in Russia by the NAMI as part of the “Kortezh” project. The Senat was publicly presented for the first time at the Fourth inauguration of Vladimir Putin in 2018.

Under the USSR, the General Secretary of the Communist Party was always driven in a Soviet-built ZIL-41052, escorted by Chaikas. Two ZIL limousines are still maintained in the Kremlin garage, and are occasionally used in Day of Victory military parades.

The first foreign limousine used by a Russian president was a W140 Mercedes-Benz S-Class purchased for Boris Yeltsin. This was superseded by a Mercedes-Benz W220, then by a W221. The limousines used by Presidents Yeltsin and Medvedev were stretched and armored by the Belgian firm Carat Duchatelet; for President Medvedev’s inauguration a special Carat Duchatelet limousine with a raised roof was ordered. President Putin’s Mercedes was a Mercedes-Benz-produced S600 Pullman Guard.

Recent Russian presidential state cars have been bulletproof, had solid rubber tires, and carried an array of communications equipment.

On state visits, the state car is airlifted to the destination by an Ilyushin Il-76 transport aircraft.

National transport services for the Russian President are provided by the Special Purpose Garage (SPG). The SPG is a unit within the Federal Protective Service. 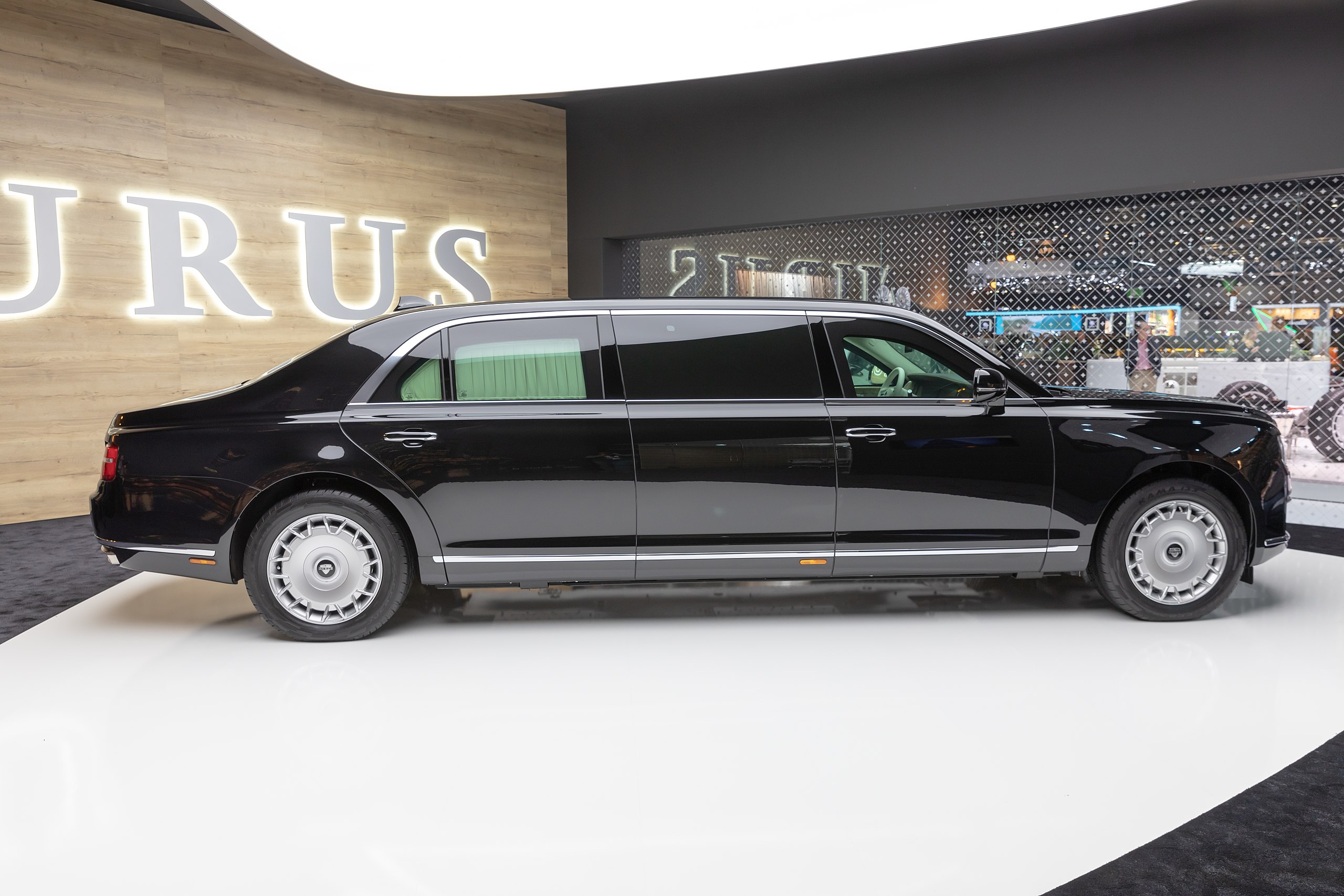 The Aurus Senat (Сенат) is a luxury car developed by NAMI in Moscow, Russia. The armored limousine is powered by a 4.4 litre V8 engine developed by NAMI, with a 6.6 litre V12 (634 kW) becoming available at a later date. It is the Presidential state car of Russia. Development of the Senat started in 2013.

The Aurus Senat is part of the Kortezh series, which will include a sedan, a minivan and an off-road vehicle. The Senat was shown publicly for the first time at the Moscow International Automobile Salon in September 2018.

Cars of the Kortezh series (also known in Russian: Единая модульная платформа, ЕМП, ’Unified Modular Platform’) were expected to be available for export to the Middle East and China in late 2018. A civilian version of the Senat will be manufactured by a joint venture between NAMI and Sollers and LiAZ firms. Retail prices are expected to start at 10 million rubles ($160,000).

Porsche and Bosch Engineering are reported to have been involved with the development of the engine. 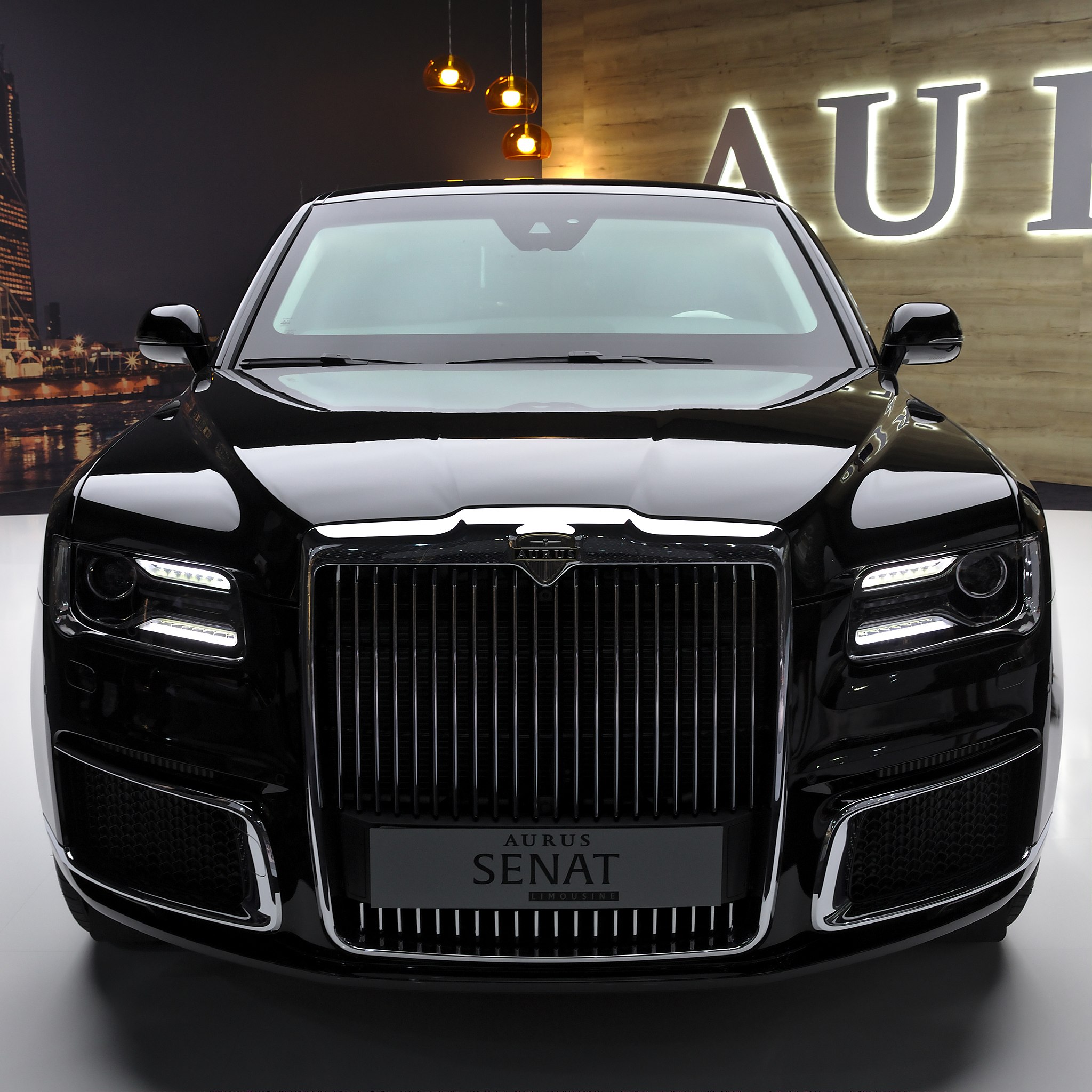