Diplomatic Relations with the Dominican Republic 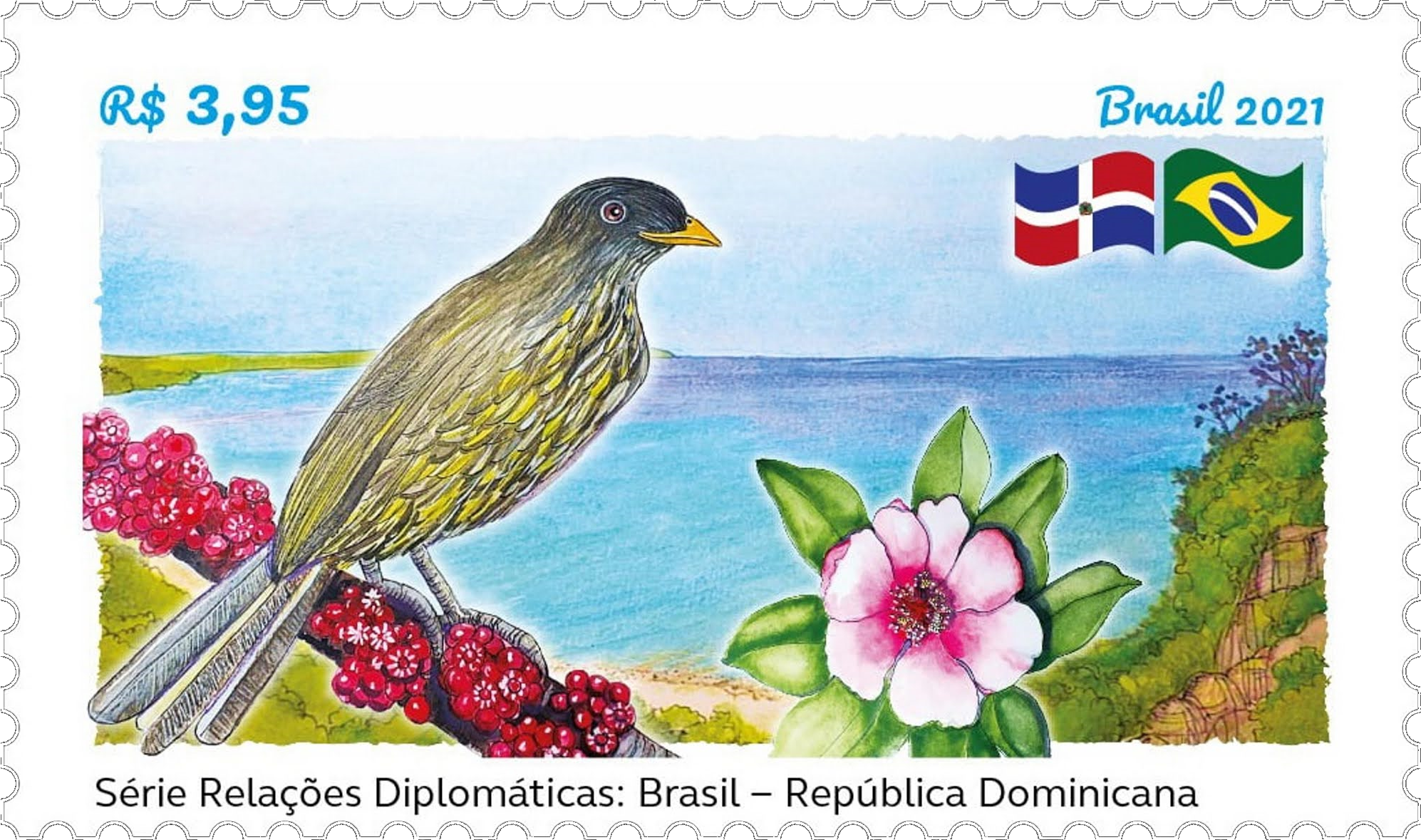 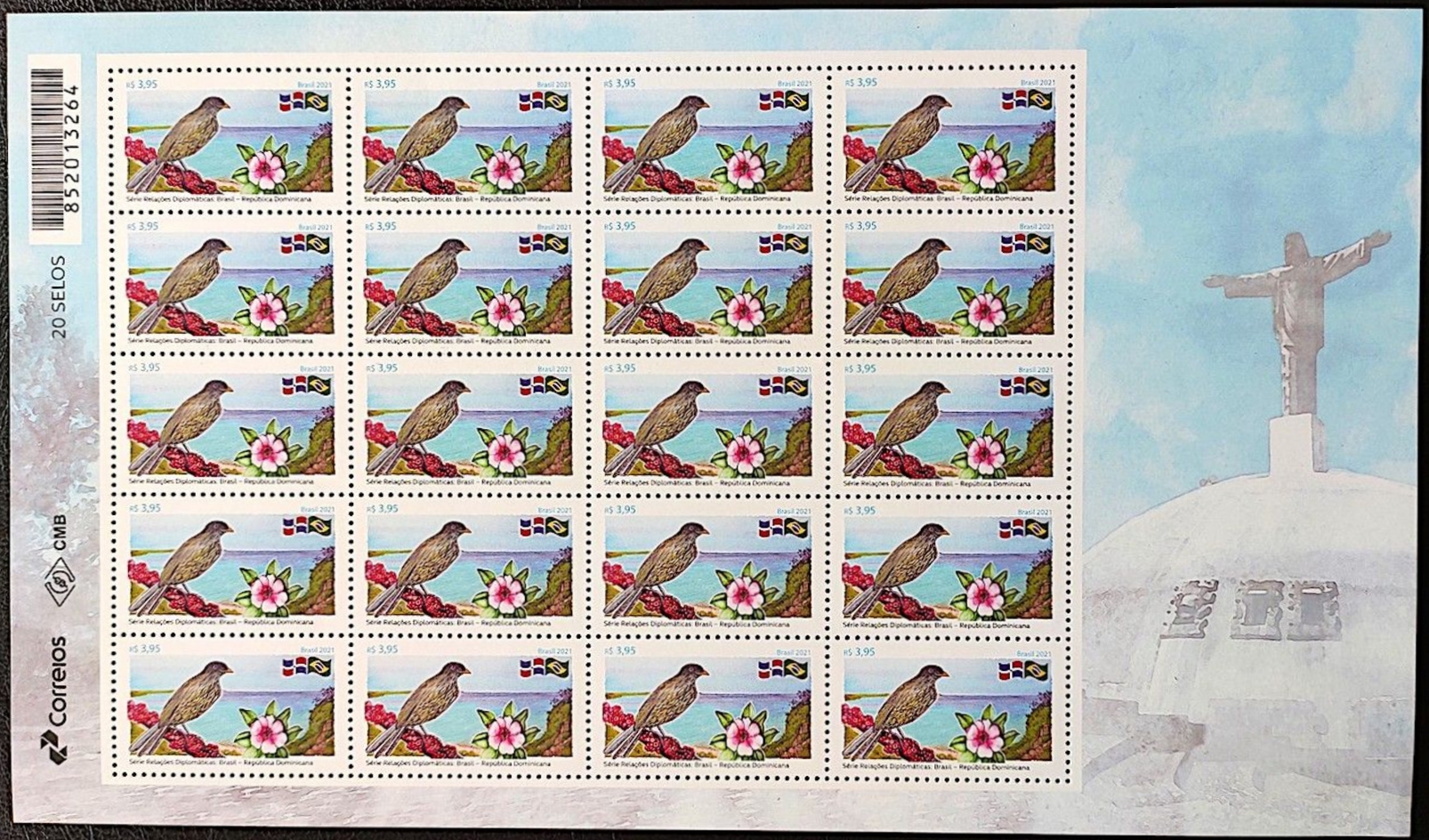 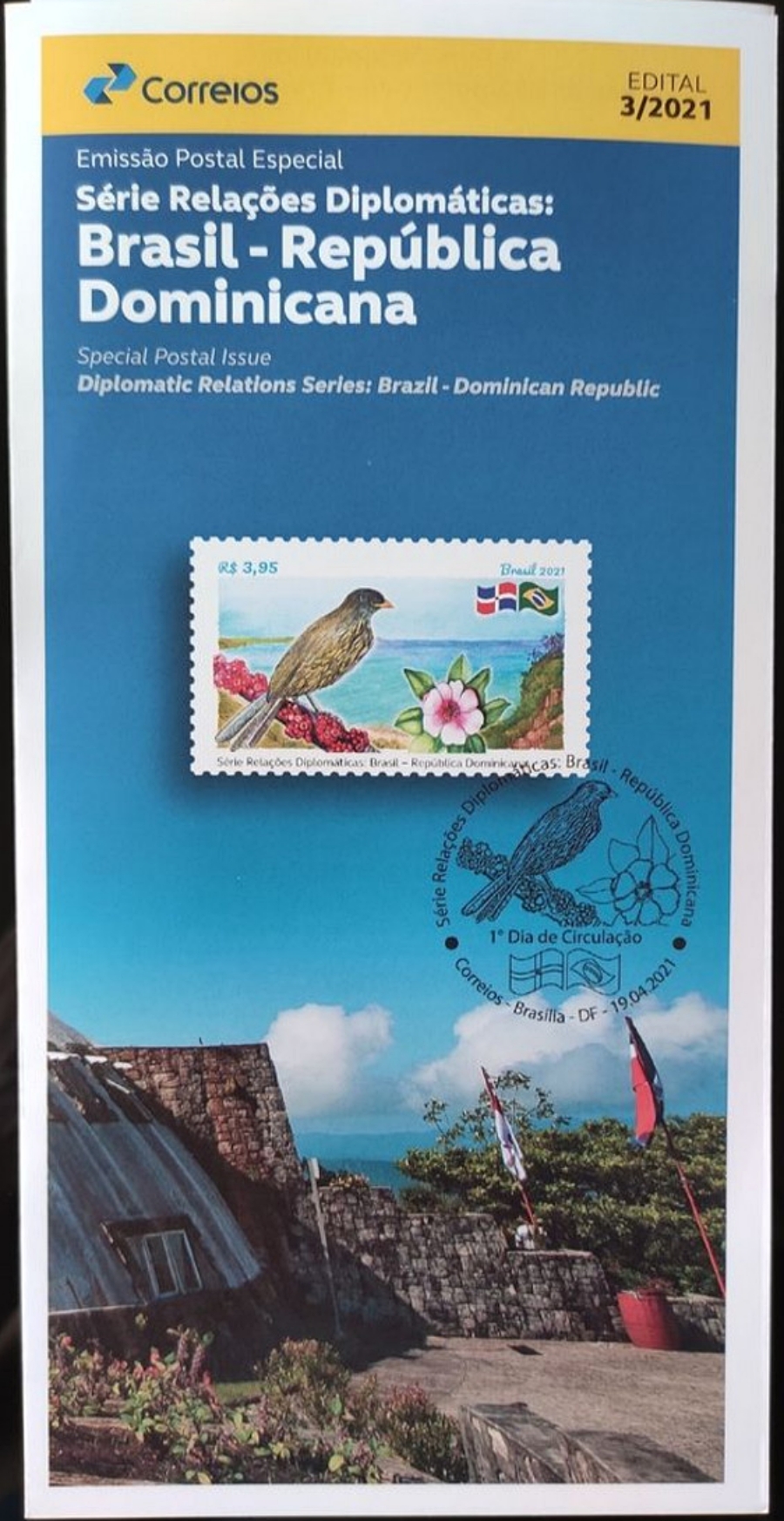 This stamp shows the natural beauties of the Dominican Republic, depicted in beautiful watercolors. At the bottom of the image is the Bahia de las Águilas, seen from afar. In the foreground, on the right, the bird representing the country, Cigua Palmera, and on the left, the rose of Bayahibe, the national flower. In the upper right side are the flags of Brazil and the Dominican Republic, strengthening diplomatic relations between the two countries. The techniques used were traditional watercolor, white gel pen and nanjing on paper, vector illustration and computer graphics.

NOTE: It is currently unknown whether the Dominican Republic issued a corresponding stamp or stamps to make this a joint issue.

The Dominican Republic occupies two-thirds of the eastern side of Hispaniola Island, which it shares with the Republic of Haiti, and is the second largest and most diverse country in the Caribbean. It has a population of about 10.5 million inhabitants and enjoys a sunny tropical climate all year round. Surrounded by the Atlantic Ocean to the North and the Caribbean Sea to the South, this lush tropical island, besides having some of the most paradisiacal beaches in the world, its capital, Santo Domingo, is the oldest city in the New World, so in 1990 it was declared a World Heritage Site by UNESCO.

On April 19, 1911, Brazil and the Dominican Republic decided to strengthen ties establishing formal relations between the nations, through presidential decree 8,684, by which a Brazilian consulate was created in Santo Domingo.

The Ambassador of the Dominican Republic in Brazil, Mrs. Patricia Villegas de Jorge, said in her speech that:

On the official social networks of the Post Office and embassy of the Dominican Republic watch the virtual launch of the postal broadcast and the full speech of the ambassador.

Today, April 19, 2021, the Post Office celebrates diplomatic relations between the countries and pays tribute with the postage stamp to Cigua palmera (Dulus dominicus), the Rose of Bayahíbe (Pereskia quisqueyana), respectively national bird and flower of the Dominican Republic, and the Bahía de las Águilas, considered the most crystalline beach in the world.