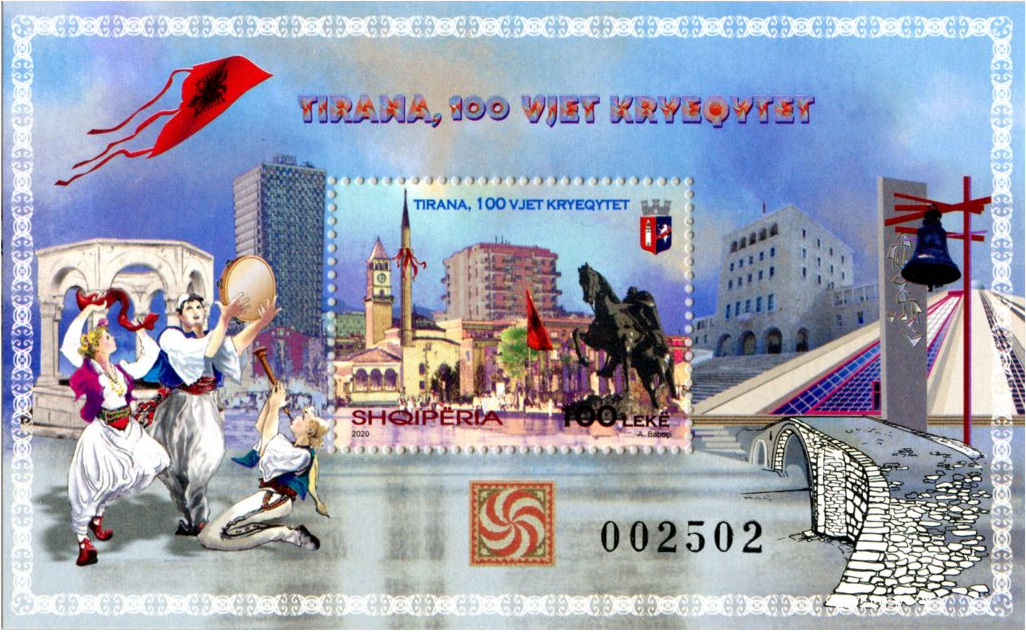 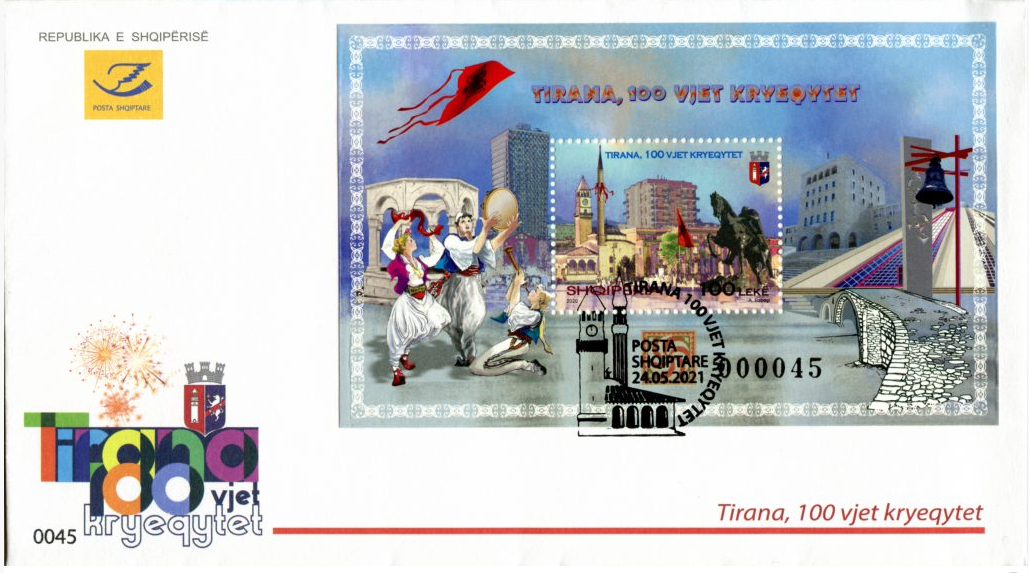 Tirana or Tiranë is the capital and largest city of Albania. It is located in the centre of the country, enclosed by mountains and hills with Dajti rising to the east and a slight valley to the northwest overlooking the Adriatic Sea in the distance. Due to its location at the Plain of Tirana and the close proximity to the Mediterranean Sea, the city is particularly influenced by a Mediterranean seasonal climate. It is among the wettest and sunniest cities in Europe, with 2,544 hours of sun per year.

Tirana was founded as a city in 1614 by the Ottoman Albanian general Sylejman Pasha Bargjini and flourished by then around the Old Mosque and the türbe. The area that today corresponds to the city’s territory has been continuously inhabited since the Iron Age. It was inhabited by Illyrians, and was most likely the core of the Illyrian Kingdom of the Taulantii, which in Classical Antiquity was centered in the hinterland of Epidamnus. Following the Illyrian Wars it was annexed by Rome and became an integral part of the Roman Empire. The heritage of that period is still evident and represented by the Mosaics of Tirana. Later, in the 5th and 6th centuries, an Early Christian basilica was built around this site.

After the Roman Empire split into East and West in the 4th century, its successor the Byzantine Empire took control over most of Albania, and built the Petrelë Castle in the reign of Justinian I.

The city was fairly unimportant until the 20th century. On 8 February 1920, the Congress of Lushnjë proclaimed Tirana as the temporary capital of Albania, which had gained independence in 1912. The city acquired that status permanently on 31 December 1925. In 1923, the first regulatory city plan was compiled by Austrian architects. The centre of Tirana was the project of Florestano Di Fausto and Armando Brasini, well-known architects of the Mussolini period in Italy. Brasini laid the basis for the modern-day arrangement of the ministerial buildings in the city centre. The plan underwent revisions by Albanian architect Eshref Frashëri, Italian architect Castellani and Austrian architects Weiss and Kohler.[citation needed] The modern Albanian parliament building served as an officers’ club. It was there that, in September 1928, Zog of Albania was crowned King Zog I, King of the Albanians.

Tirana was the venue for the signing of the Pact of Tirana between Fascist Italy and Albania. During the rule of King Zog a lot of Muhaxhirs emigrated towards Tirana, which lead to a growing population in the capital city in the early 20th century. 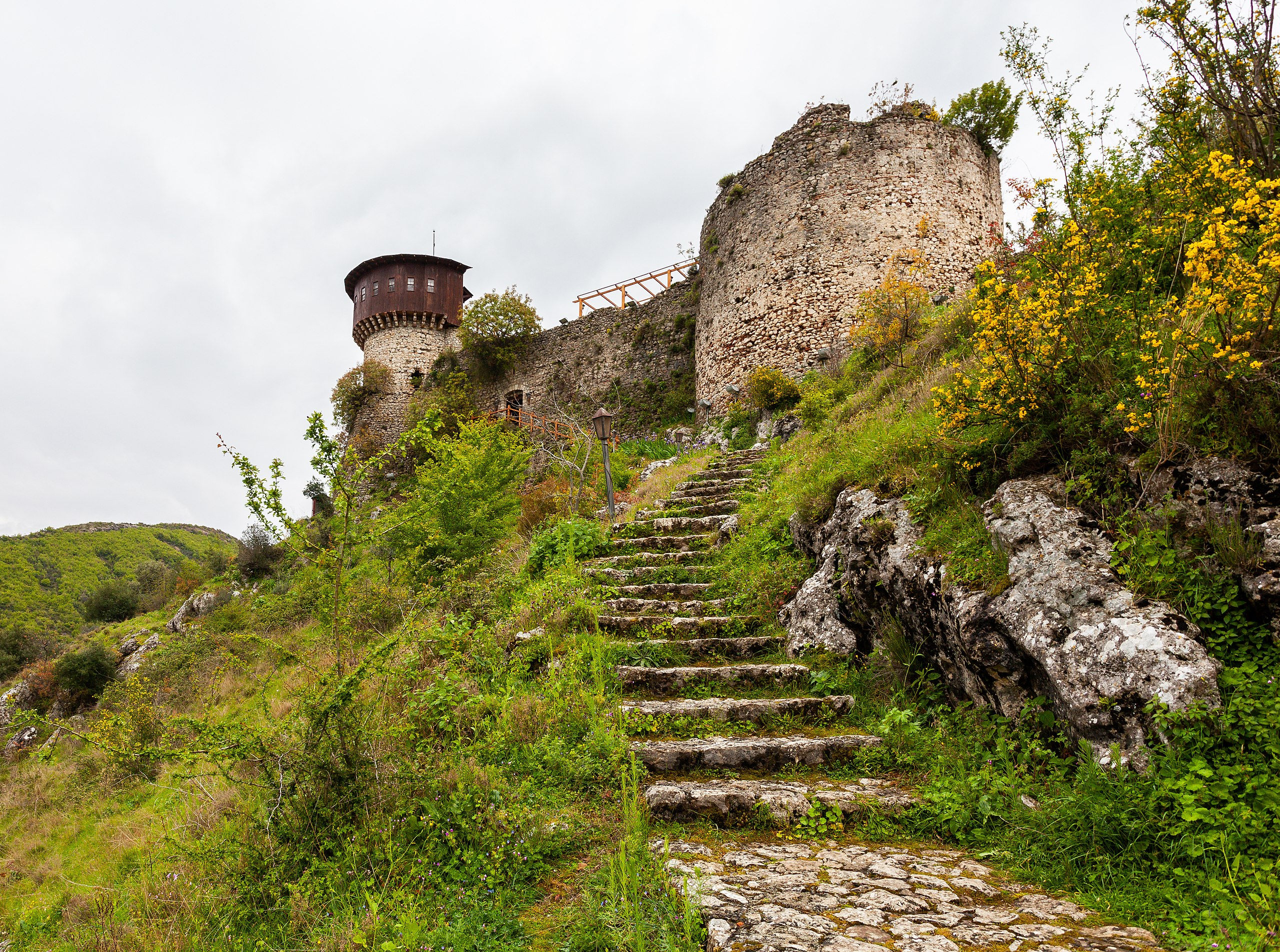 From 1944 to 1991, massive socialist-style apartment complexes and factories were built, while Skanderbeg Square was redesigned, with a number of buildings demolished. For instance, Tirana’s former Old Bazaar and the Orthodox Cathedral were razed to the ground in order to build the Soviet-styled Palace of Culture. The northern portion of the main boulevard was renamed Stalin Boulevard and his statue was erected in the city square. Because private car ownership was banned, mass transportation consisted mainly of bicycles, trucks and buses. After Hoxha’s death, a pyramidal museum was constructed in his memory by the government.

Before and after the proclamation of Albania’s policy of self-imposed isolationism, a number of high-profile figures paid visits to the city, such as Soviet leader Nikita Khrushchev, Chinese Premier Zhou Enlai and East German Foreign Minister Oskar Fischer. In 1985, Enver Hoxha’s funeral was held in Tirana. A few years later, Mother Teresa became the first religious figure to visit the country after the end of Albania’s long anti-religious atheist stance. She paid respects to her mother and sister resting at a local cemetery.

Starting at the campus and ending at Skanderbeg Square with the toppling of Enver Hoxha’s statue, the city saw significant demonstrations by University of Tirana students demanding political freedoms in the early 1990s. On the political aspect, the city witnessed a number of events. Personalities visited the capital, such as former U.S. Secretary of State James Baker and Pope John Paul II. The former visit came amidst the historical setting after the fall of communism, as hundreds of thousands were chanting in Skanderbeg Square Baker’s famous saying of “Freedom works!”. Pope John Paul II became the first major religious leader to visit Tirana, though Mother Teresa had visited few years prior.

During the Balkans turmoil in the mid-1990s, the city experienced dramatic events such as the unfolding of the 1997 unrest in Albania and a failed coup d’état on 14 September 1998.

In 1999, following the Kosovo War, Tirana Airport became a NATO airbase, serving its mission in the former Yugoslavia.

In June 2007, George W. Bush traveled to Tirana on an official state visit becoming the first U.S. President to visit the former communist country. In 2008, the Gërdec explosions were felt in the capital as windows were shattered and citizens shaken. In January 2011, the Albanian opposition demonstrations were triggered in front of the governmental buildings in Tirana protesting against political corruption and state capture, particularly associated with the former prime minister Sali Berisha’s government. In September 2014, Pope Francis made an official state visit to Tirana simultaneously becoming the second pontiff to visit Albania, after Pope John Paul II in 1992.

Between December 2018 and February 2019, a series of demonstrations erupted in the central areas of Tirana and other cities of the country in response to a controversial law on higher education, poor quality of teaching, high tuition rates and corruption. In September 2019, Tirana was ravaged by a 5.6 magnitude earthquake with an epicenter located near Durrës. Two months after, in November 2019, another strong earthquake with the magnitude of 6.4 hit the region again resulting comparatively few damages in Tirana. The same month, Tirana was announced as the European Youth Capital for 2022 with a planned program including events of cultural and social importance.