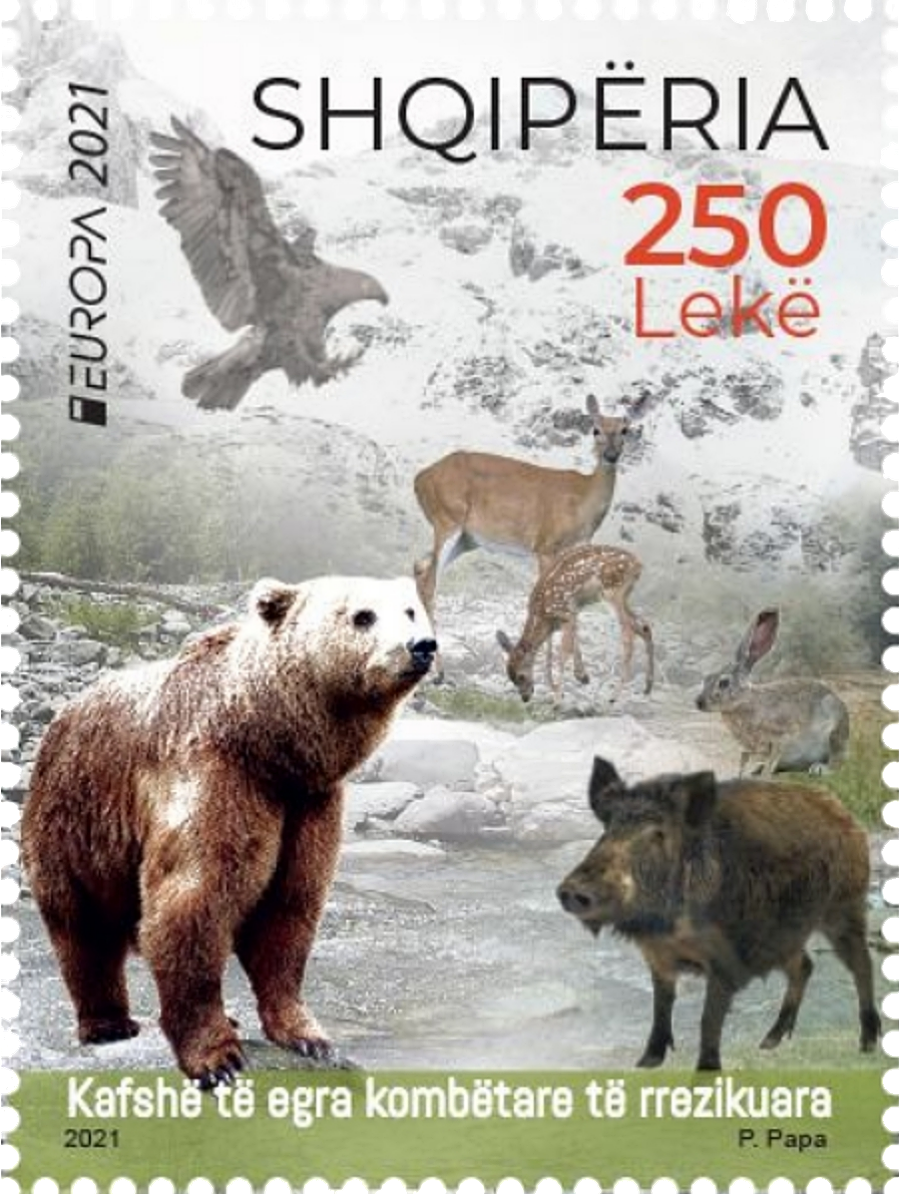 Albania, being a country with a Mediterranean climate and wide access to the sea, offers the possibility of creating different habitats for different living lifeforms. In our country, animals adapted to this climate are growing rare. These animals have been endangered for years as a result of damage and change caused to their habitat. Experts say that this situation has affected the animals in our country for years, and in recent years have faced many problems with very little protection. These experts express the need to organize awareness campaigns. Here are some of the endangered animals in Albania: the brown bear (Ursus arctos), the dalmatian pelican (Pelecanus crispus), the capercaillie (Tetrao urogallus) and the roe deer (Capreolus capreolus).

The brown bear (Ursus arctos) is a large bear species found across Eurasia and North America. In North America, the populations of brown bears are called grizzly bears, while the subspecies that inhabits the Kodiak Islands of Alaska is known as the Kodiak bear. It is one of the largest living terrestrial members of the order Carnivora, rivaled in size only by its closest relative, the polar bear (Ursus maritimus), which is much less variable in size and slightly bigger on average. The brown bear’s range includes parts of Russia, Central Asia, China, Canada, the United States, Hokkaido, Scandinavia, the Balkans, the Picos de Europa and the Carpathian region (especially Romania), Iran, Anatolia, and the Caucasus. The brown bear is recognized as a national and state animal in several European countries.

While the brown bear’s range has shrunk, and it has faced local extinctions, it remains listed as a least concern species by the International Union for Conservation of Nature (IUCN) with a total estimated population in 2017 of 110,000. As of 2012, this and the American black bear are the only bear species not classified as threatened by the IUCN. Populations that were hunted to extinction in the 19th and 20th centuries are the Atlas bear of North Africa and the Californian, Ungavan and Mexican populations of the grizzly bear of North America. Many of the populations in the southern parts of Eurasia are highly endangered as well. One of the smaller-bodied forms, the Himalayan brown bear, is critically endangered, occupying only 2% of its former range and threatened by uncontrolled poaching for its body parts. The Marsican brown bear of central Italy is one of several currently isolated populations of the Eurasian brown bear and is believed to have a population of just 50 to 60 bears.