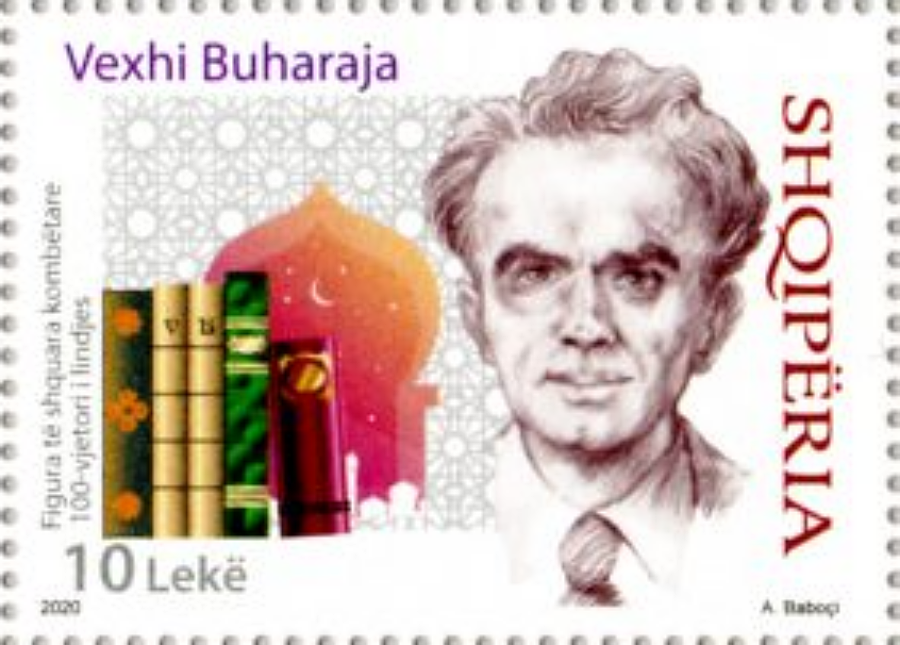 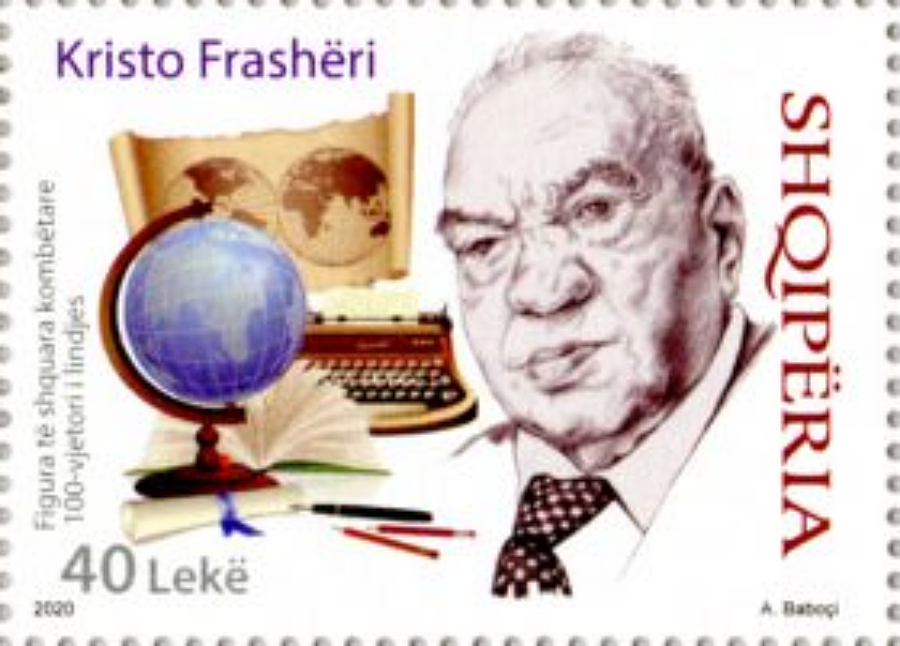 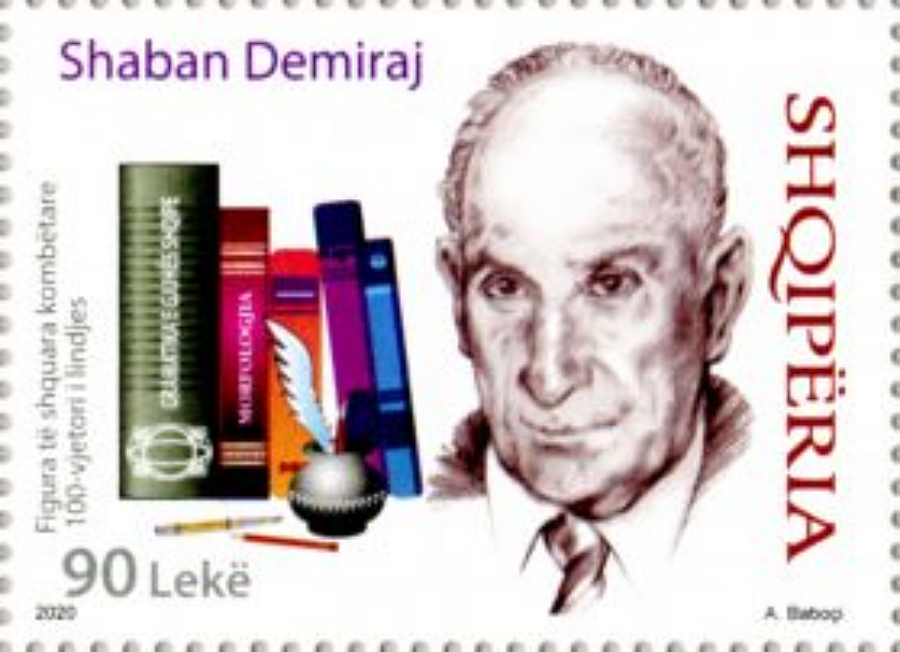 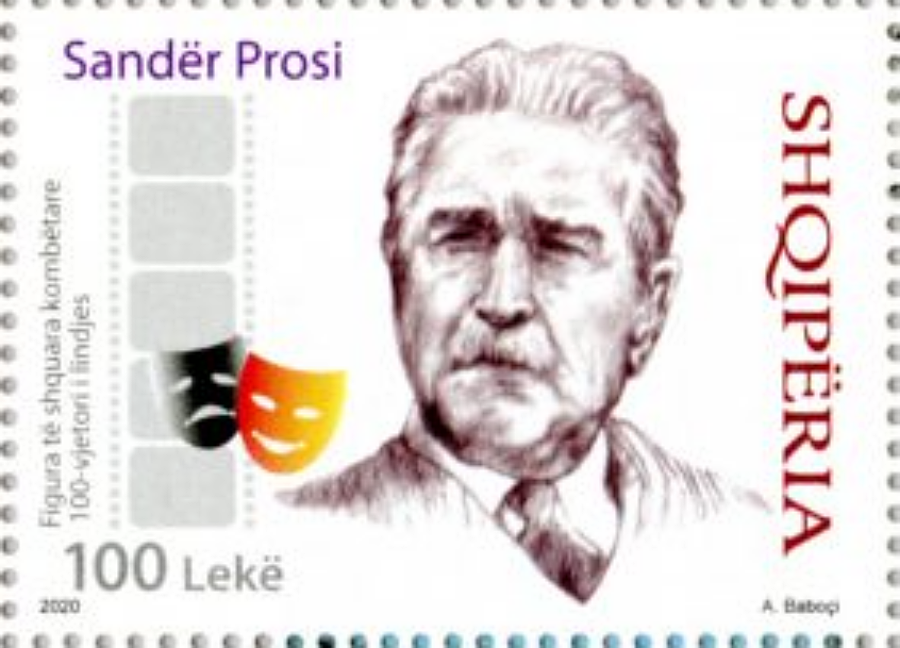 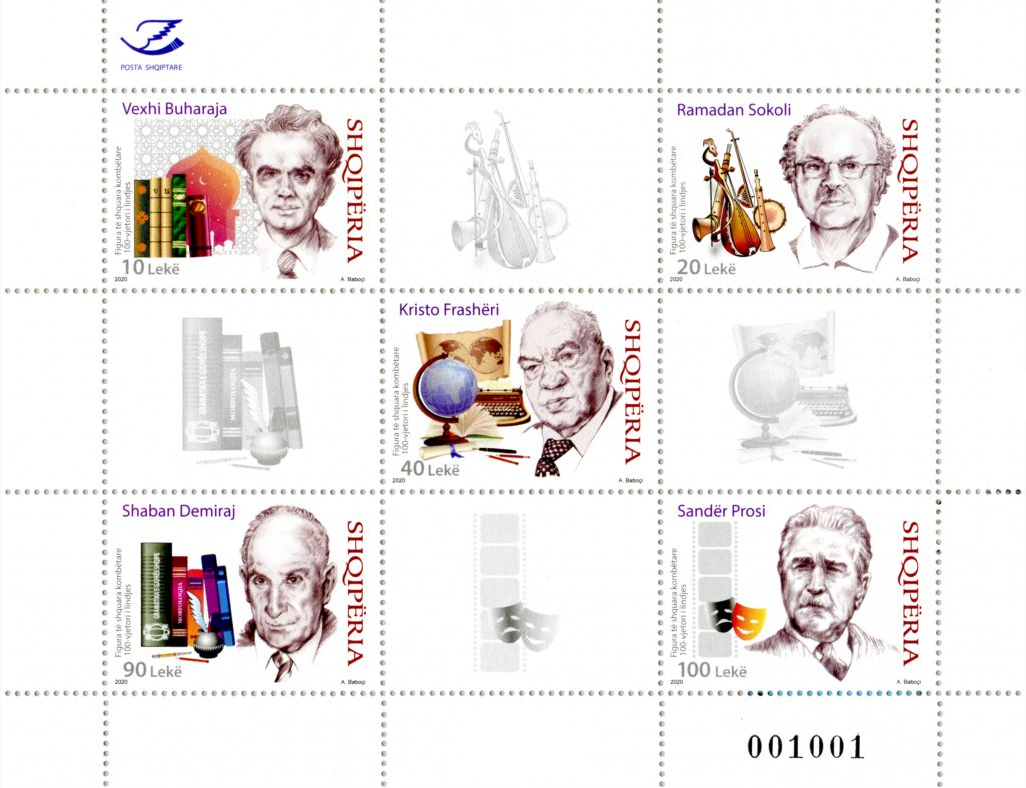 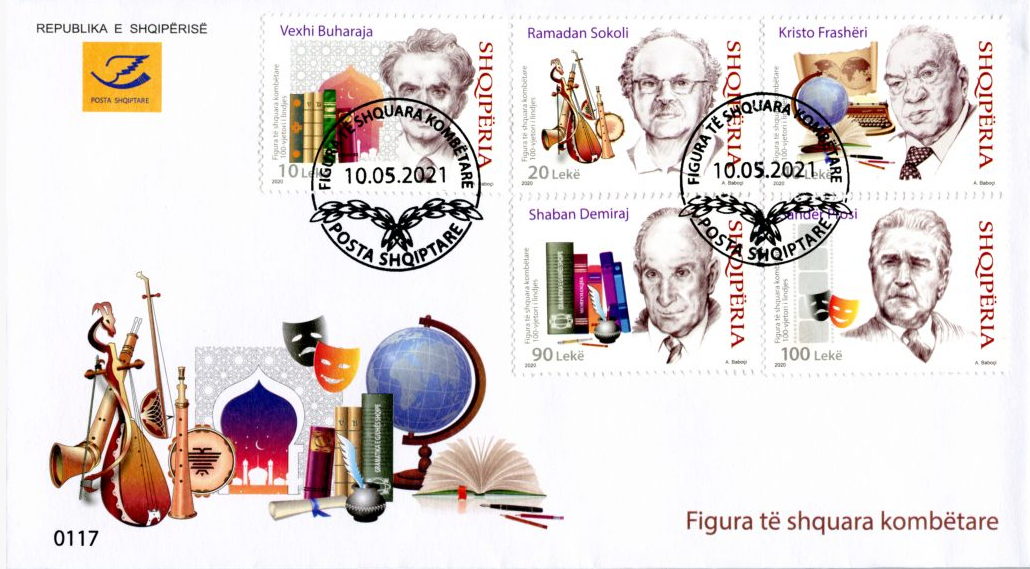 Vexhi Buharaja (12 May 1920 – 5 July 1987) was an Albanian literary, orientalist, epigraphist and translator from Persian Ottoman, persecuted during the communist regime. Thanks to it, materials such as the National Renaissance of the League of Prizrenand classical works of Persian literature can be read in Albanian.

He was born on 12 May 1920, in the district of Murat Çelepi in Berat, the son of Ibrahim of Ismail Efendiu. He learned his initial lessons in his native Berat. After that he continued his studies at the General School in Tirana, where he graduated in 1940 as a distinguished student. Shortly after graduation, at the age of 20, he was hired in the magazine “Islamic Culture”, the monthly religious, knowledge, artistic, literary, organ of the Albanian Muslim Community in Tirana. In 1944 he left Tirana, due to the difficult circumstances of the war and remained his family in Berat. His family housed Jews during World War II.

With the communists coming to power in November 1944, he briefly worked in Berat as a reference to the House of Culture. In 1946, he was imprisoned, accusing him of making propaganda against Albania’s communist government. After leaving prison, he was forced to do heavy physical work to survive. He was then admitted to work as a teacher, giving Russian language subjects learned in prison.

In 1965 they accepted him to the Middle Ages History Sector, near the Institute of History in Tirana. He collected, translated into Albanian, transcribed about 250 Ottoman inscriptions. Drawing on this material, he wrote the study entitled: “Turkish-Arab Inscriptions in Our Country as Historical Evidence”, which he read as a publication at the Second Scientific Conference of Albanian Studies, which conducted the works in Tirana on 12-18 January 1968. In 1975, he was expelled from work at the Institute of History.

In the literary competition that was announced on 1 January 1942, when he was 22 years old, he won the first prize with poetry “Before Tomori”. He has also written and published works, historical, philosophical, Islamo-mystical studies such as the War of The Saranda, Haxhi, etc., which were published in the journal “Zani i Nalta”, “Islamic Culture”, Man” during 1938–1944 etc.

He translated a string of other translations belonging to the Albanian National Renaissance period, such as the acts and memorandums of the Albanian League of Prizren, the manifesto “Ujanallem” (“Wake Up”) 1899, drafted by Dervis Hima,his letter exchange with Dr. Ibrahim Temon, composed of 64 letters, which is included in the third volume (1900–1908) “Albanian National Renaissance”. In addition to historical documents, he has translated the scientific works of Hoxha Hasan Tahsini, Sami Kukes’drama “Besa”, “Shahnamena” by the great poet of Persia, Firdeus,the poetic collection “Tahajjulat” (“Dreamings” and “Four Seasons”) by poet Naim Kukes and the work “Julistani and Bostani” by Sadi Shiraz.

According to historian Ahmet Kondo, Buhara’s work at the Institute of History as a translator from Ottoman was put in the service of some who made names as scientific employees unfairly. On 20 December 1993, he was given the title “Teacher of the People” (posthumously) and Honorary Citizen, while on 6 July 1994, the municipality and library of the city of Kumanovo bear his name.

In 1995, historian Ahmet Kondo wrote the monograph “Veji Buharaja, man, poet, scholar” in 1995. It is mentioned in the book, “Anthology of Communist Crime”, published in 2006. In 2008, in Tirana, the book was published entitled: “Veji Buharaja without mist myths”, written by Yzedin Hima. After a long silence, the Academy of Sciences also spoke with the Albanian Encycopedic Dictionary.

Ramadan Sokoli (14 June 1920 – 12 March 2008) was an Albanian ethnomusicologist, musician, composer and writer. He is regarded as one of the most distinguished scholars of the Albanian and Balkan music.

Ramadan Sokoli was born on June 14, 1920 in Shkodër. He graduated from the elementary and high school of Shkodër before moving to Florence to study musicology. After World War II he created and became the head of the department of musical folklore. Sokoli is considered to be a pioneer of Albanian ethnomusicology. His work on Ottoman music modes and practices in Balkan music has been regarded as one of the most important ones on the subject.

He was born in Istanbul, was the first son of patriot and relindas Anastas Iiand Evdhoksi Tole-Ogren, and thus derives from one of the dynasties of the families of Theologians. Baptized at the Church of St. Triad of Fanar in Istanbul,he was godfather to Dhimiter Noli, brother of Bishop Fan Noli.

In 1940 he was part of the Communist Youth Group, which was also featured in a “study of anti-party groups” of the Directorate of State Security in 1964. On 19 April 1943, major investigating judge Sartorio Gresertenti was listed as illegal.

It has a scientific production that covers a 70-year period. Since 1938, when he published his modest writing on Jerome de Rada,he has published dozens of studies articles, historical references, documentary volumes and scientific monographs, dealing without exception with events, personalities and processes of Albania’s history. He has addressed topics from political history, economic development, social problems, philosophical thinking and the Albanian cultural movement. Among them are the tests to illuminate the Albanian nebula during the early Middle Ages, medieval feudal order in Albanian provinces, medieval state formations, Albanians at the Battle of Kosovo (1389), the dark figure of Musa Arvanitas, the features of the Turkish feudal regime in Albania, Albanian cultural life during the centuries of Ottoman rule, the Albanian National Renaissance, the Liberation War of Vlora, the development of the market economy during the 19th-20th centuries, the life and activity of Kumanovo Bogdani, Sami Kukes.

Demiraj was born on 1 January 1920 in Vlorë. Despite financial difficulties and the lack of academic institutions in Albania, he managed to study and learn Latin, ancient Greek, and the major European languages. After finishing the Madrasa in Tirana in 1939, he studied Albanian language in the two-year curriculum Pedagogical Institute, branch of Albanian language and literature (1946–1948), and later in the High Pedagogical Institute (1954–1955). During 1948–1954 he worked as language and literature teacher in various high schools in Gjirokastër and Tirana. In 1954, he started working as a lector in the same High Pedagogical Institute from where he graduated, and later in the University of Tirana (UT), holding that position until 1990. During 1962–1989, he was in charge of the Albanian language chair, and in the period 1962–1966 he served as deputy dean of the Faculty of History and Philology of the UT.

His areas of expertise were: the morphology of modern Albanian, Albanian historical grammar, the history of the Albanian writing (18th–19th centuries), and a special course on Balkan linguistics. In 1989 he became member of the Albanian Academy of Sciences, and was its chairman during 1993-97. Beside his research publications, Demiraj also published many scientific articles inside Albania and abroad on topics as history of the Albanian language, grammar and phonetics, and Balkanology. He has transcribed and adapted the work of Gavril Dara Kënga e sprasme e Balës (The last song of Bala) in 1994. He also worked as a translator, having produced the Albanian edition of Martin Eden, a novel by Jack London, in 1959.

Demiraj was part of the committee that organized the Orthography Congress of 1972, Albanian: Kongresi i Drejtshkrimit, where the orthographic rules of the Albanian language were standardized, and he was also a signatory to the orthography.

He is the father of linguist Bardhyl Demiraj.

Aleksander “Sandër” Prosi (6 January 1920 – 24 March 1985) was an Albanian film and theater actor and violin player. He was given the People’s Artist of Albania award by the Albanian government. He is considered one of the greatest Albanian actors of all times.

Prosi was born in Shkodër, Albania in January 1920. His family moved to Tirana when he was 14, where he graduated at Qemal Stafa High School.

His first role was in William Tell drama from Schiller. He went to study dentistry in Vienna, Austria, but did not finish his studies. In 1947, he participates in the competition at the National Theatre of Albania and wins. He has interpreted more than 100 roles in the theater and in movies.

His death in 1985 created many controversies in Albania, as it was talked as a suicide, these were just never proved gossips, and the media never reported his end of life as such. In 2010, Prosi was awarded the Honor of the Nation title (Albanian: Nder i Kombit) by the President of the Republic of Albania.