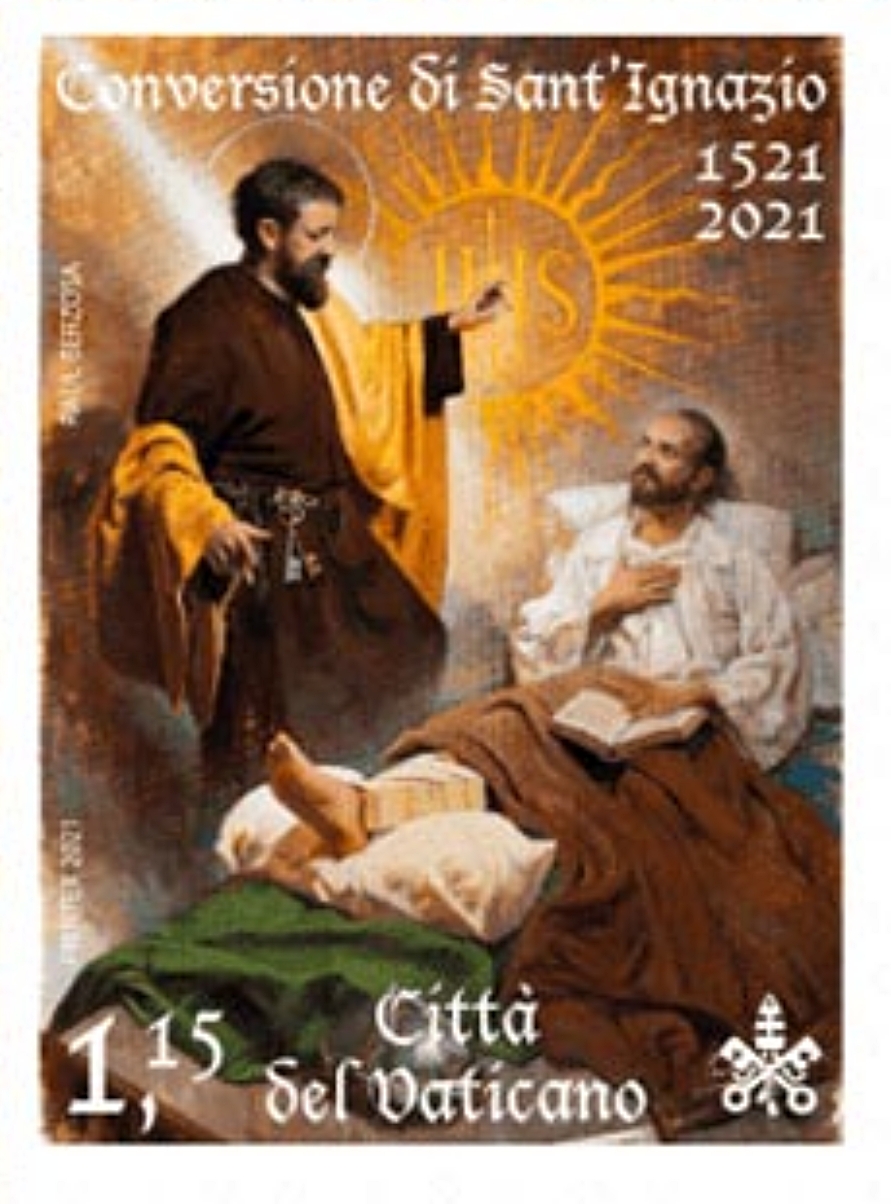 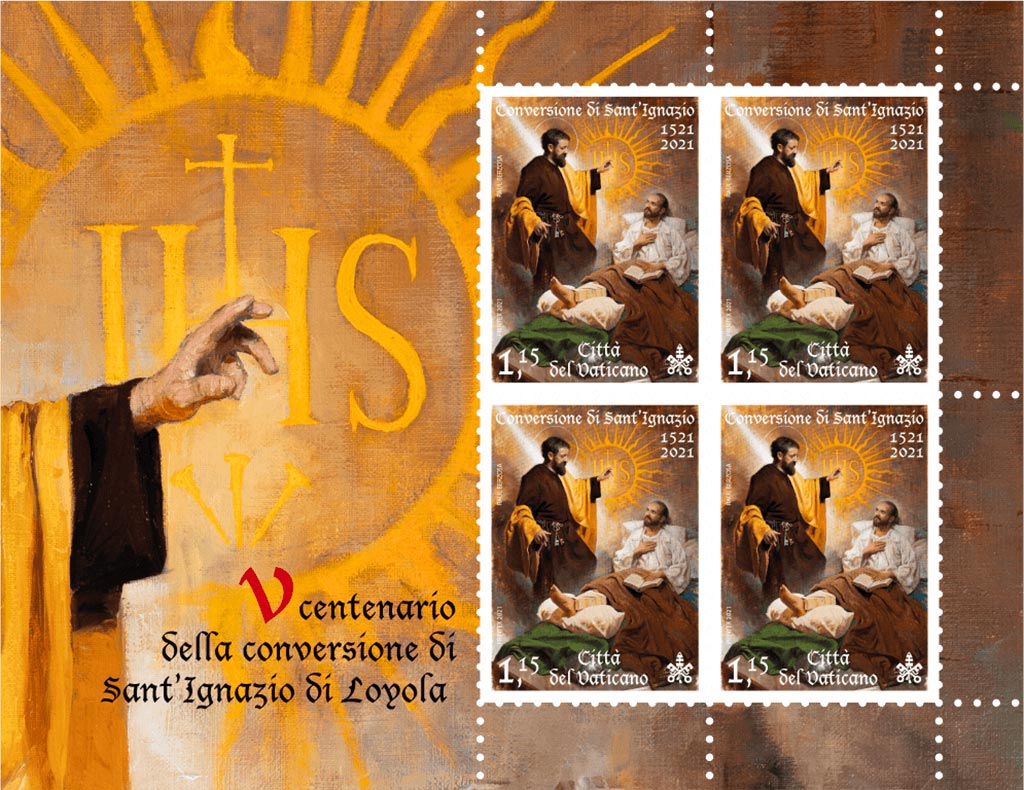 The special Ignatian Jubilee called for the year 2021 aims to celebrate the 500th anniversary of the conversion of St Ignatius of Loyola, an event that marked his life and opened a path of holiness.

Iñigo, as the lord of Loyola was called, after the Siege pamplona, was taken to his hometown to heal the wound to his leg reported in the fight. During his recovery, the future founder of jesus’ company relies on St. Peter so that he can heal and resume his life following the glory and the chivalric honors. On the eve of June 29, the Apostle’s Feast, his condition improves. In this period he asked to be able to read chivalry novels but only the Life Christi of the Carthusulf of Saxony and a Spanish translation of the Golden Legend on the life of saints by Giacomo da Varazze are present at home.

In the absence of anything else Iñigo begins to read them, and gradually becomes fascinated by the figure of Jesus, and by the feats of those who spent their lives to follow him. Thus begins his existential path of conversion, of self-taught, paying attention to the affections he felt in his heart: consolation and desolation. This experience will become the foundation of the discernment of spirits and the principle of spiritual exercises, which he composed.

The stamp, the work of the Spanish artist Raúl Berzosa, depicts the moment of the conversion of the Holy Jesuit. The flag re-proposes a particular one: the IHS monogram “Iesus Hominum Salvator”, coat of arms of the Jesuits. 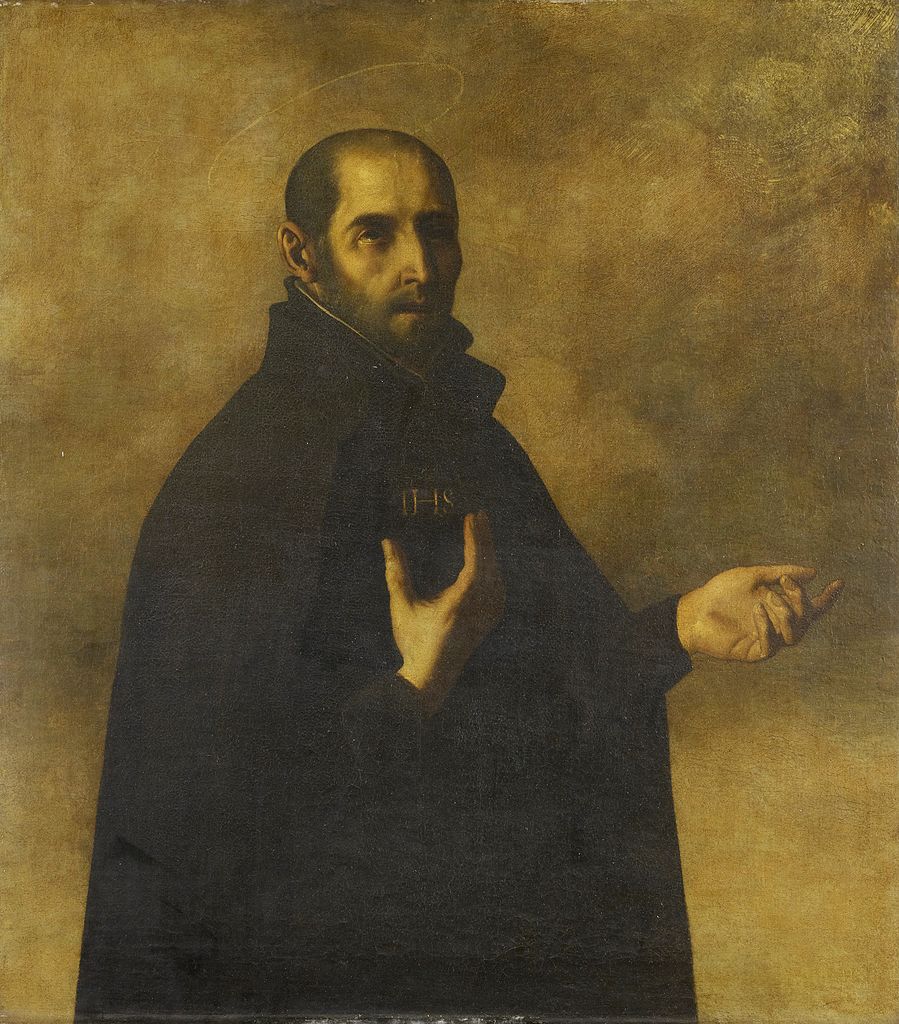 Ignatius of Loyola (born Iñigo López de Oñaz y Loyola; c.  23 October 1491 – 31 July 1556), venerated as Saint Ignatius of Loyola, was a Spanish Basque Catholic priest and theologian, who together with Peter Faber and Francis Xavier founded the religious order called the Society of Jesus (Jesuits) and became its first Superior General at Paris in 1541. The Jesuit order is dedicated to teaching and missionary work. Its members are bound by a special (fourth) vow of obedience to the sovereign pontiff to be ready to fulfill special papal missions. The society played an important role during the Counter-Reformation.

Ignatius was noted as an inspired spiritual director. He recorded his method in a celebrated treatise called the Spiritual Exercises, a simple set of meditations, prayers, and other mental exercises, first published in 1548. It is known as “Ignatian spirituality”.

Ignatius was beatified in 1609, and canonized, receiving the title of Saint on 12 March 1622. His feast day is celebrated on 31 July. He is the patron saint of the Basque provinces of Gipuzkoa and Biscay as well as of the Society of Jesus. He was declared patron saint of all spiritual retreats by Pope Pius XI in 1922. Ignatius is also the foremost patron saint of soldiers.

Ignatius died in Rome on 31 July 1556, probably of the “Roman Fever”, a severe variant of malaria which was endemic in Rome throughout medieval history. An autopsy revealed that he also had kidney and bladder stones, a probable cause of the abdominal pains he suffered from in later life. His body was dressed in his priestly robes and placed in a wooden coffin and buried in the crypt of the Maria della Strada Church on 1 August 1556. In 1568 the church was demolished and replaced with the Church of the Gesù. Ignatius’ remains were reinterred in the new church in a new coffin.

Ignatius was beatified by Pope Paul V on 27 July 1609, and canonized by Pope Gregory XV on 12 March 1622. His feast day is celebrated annually on 31 July, the day he died. He is venerated as the patron saint of Catholic soldiers, the Military Ordinariate of the Philippines, the Roman Catholic Archdiocese of Baltimore, in his native Basque Country, Antwerp, Belo Horizonte, Junín.