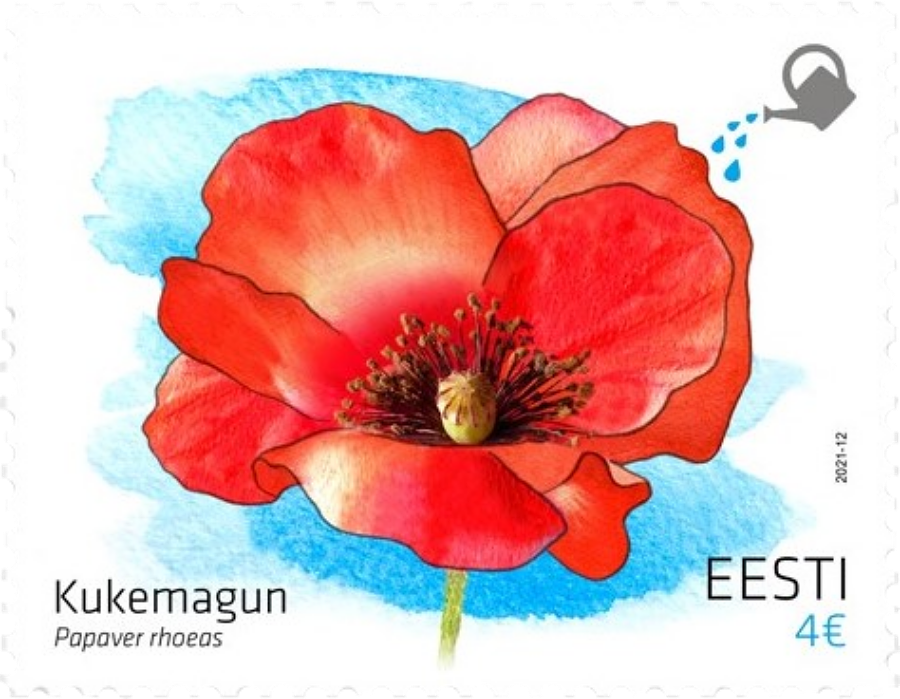 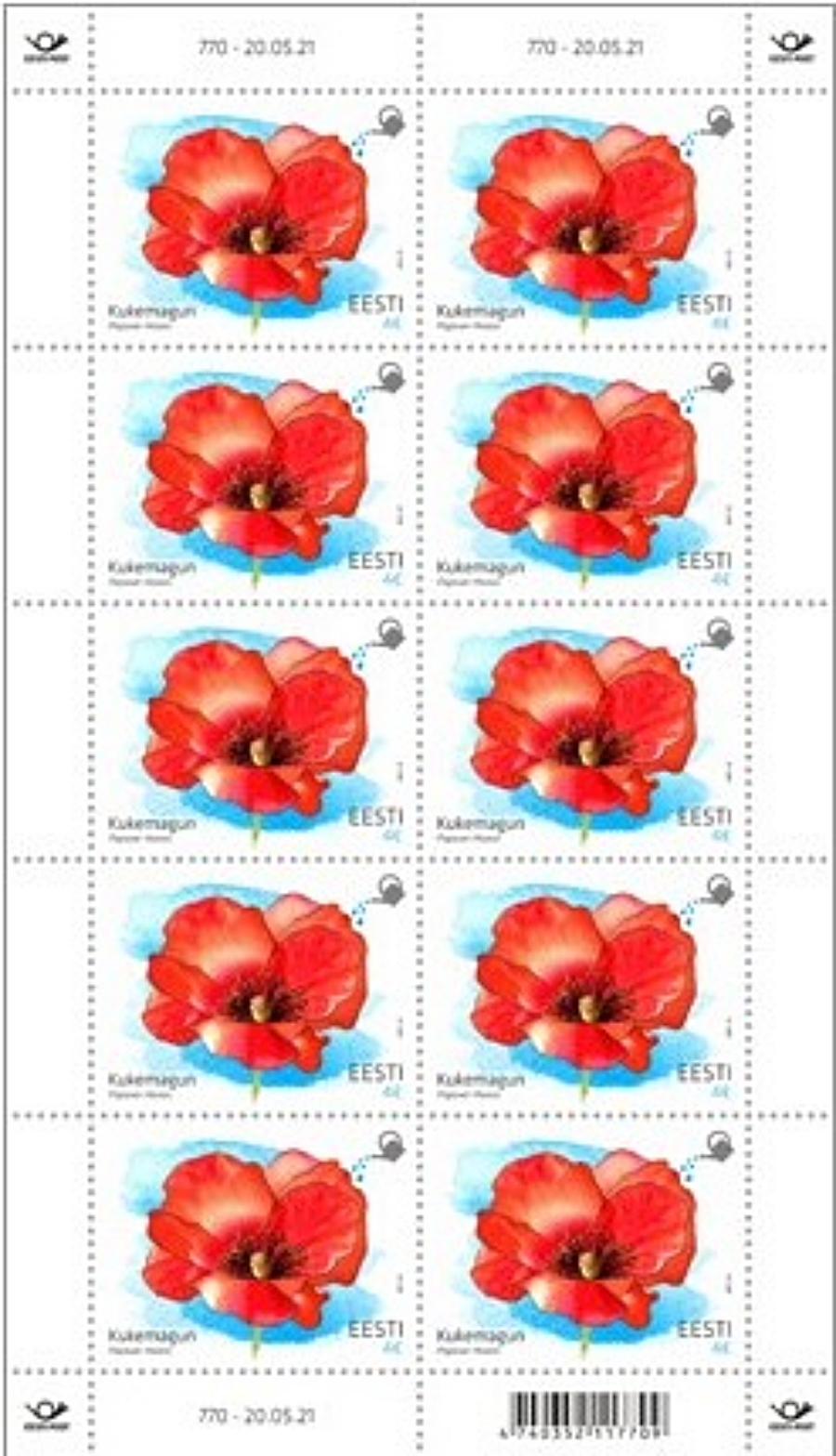 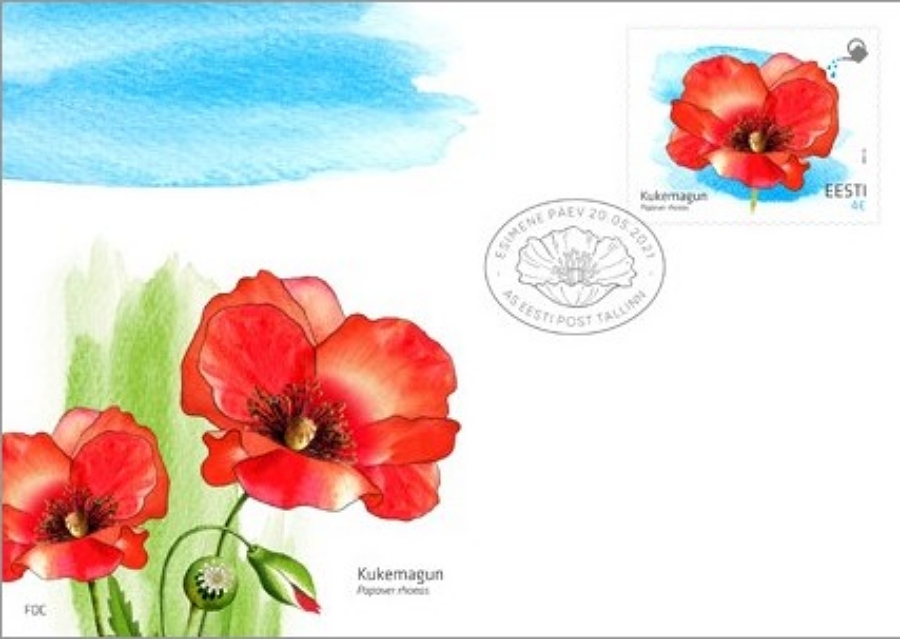 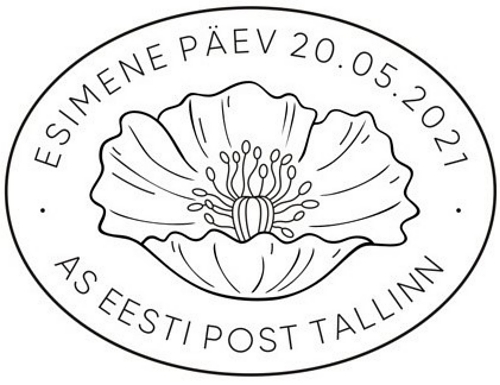 The common poppy (Papaver rhoeas) is an annual flowering plant that blooms from May to August. The plant is 16-90 cm tall, with large flowers with a diameter of 7-8 cm and has four petals. Unlike our other Papavers, it prefers habitats that are rich in lime.

The common poppy’s bright red flower stands out. However, the bees and bumblebees see it completely differently, because their eyes do not see red colour, but perceive ultraviolet light instead. Of course, when it comes to pollinating, the insect’s vision is much more important than humans’. Luckily, human eyes also see the common poppy as pretty and thus the weed has become a popular decorative plant.

In addition to Europe, the common poppy is also found in North and South America, Australia and New Zealand.

Before the advent of herbicides, P. rhoeas was sometimes abundant in agricultural fields. The corn poppy and its cultivars such as the Shirley poppy are widely grown in gardens. 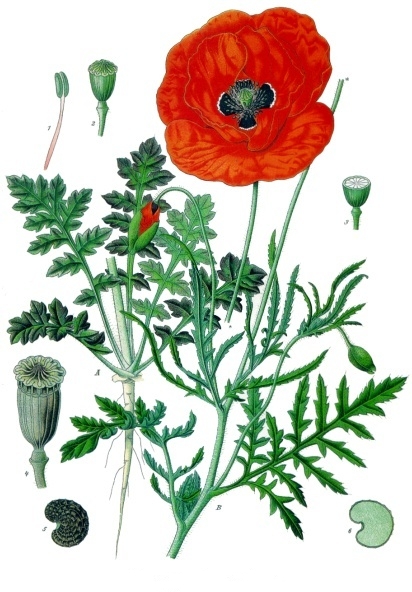 Papaver rhoeas is a variable, erect annual, forming a long-lived soil seed bank that can germinate when the soil is disturbed. In the northern hemisphere it generally flowers in late spring (between May and October in the UK) but if the weather is warm enough other flowers frequently appear at the beginning of autumn. It grows up to about 70 cm (28 in) in height. The stems hold single flowers, which are large and showy, 5–10 cm (2–4 in) across, with four petals that are vivid red, most commonly with a black spot at their base. The petals slightly overlap each other. The plant can produce up to 400 flowers in a warm season, that last only one day. The flower stem is usually covered with coarse hairs that are held at right angles to the surface, helping to distinguish it from Papaver dubium in which the hairs are more usually appressed (i.e. held close to the stem). The capsules are hairless, obovoid (egg-shaped), less than twice as tall as they are wide, with a stigma at least as wide as the capsule. Like many other species of Papaver, the plant exudes white to yellowish latex when the tissues are broken.

Not all corn poppies that are available commercially have red flowers. Selective breeding has resulted in cultivars in yellow, orange, pink, and white. The Shirley poppy is a well known cultivar. A very pale speckled variety, derived from the Shirley, is also available.

A nearly black-flowering hybrid, known as Evelina, was bred in Italy in the late 1990s, with P. dubium, but does not appear to be available commercially.

Due to the extent of ground disturbance in warfare during World War I, corn poppies bloomed between the trench lines and no man’s lands on the Western front. Poppies are a prominent feature of “In Flanders Fields” by Canadian Lieutenant Colonel John McCrae, one of the most frequently quoted English-language poems composed during the First World War. During the 20th century, the wearing of a poppy at and before Remembrance Day (sometimes known informally as Poppy Day) each year became an established custom in English-speaking western countries. It is also used at some other dates in some countries, such as at appeals for Anzac Day in Australia and New Zealand.