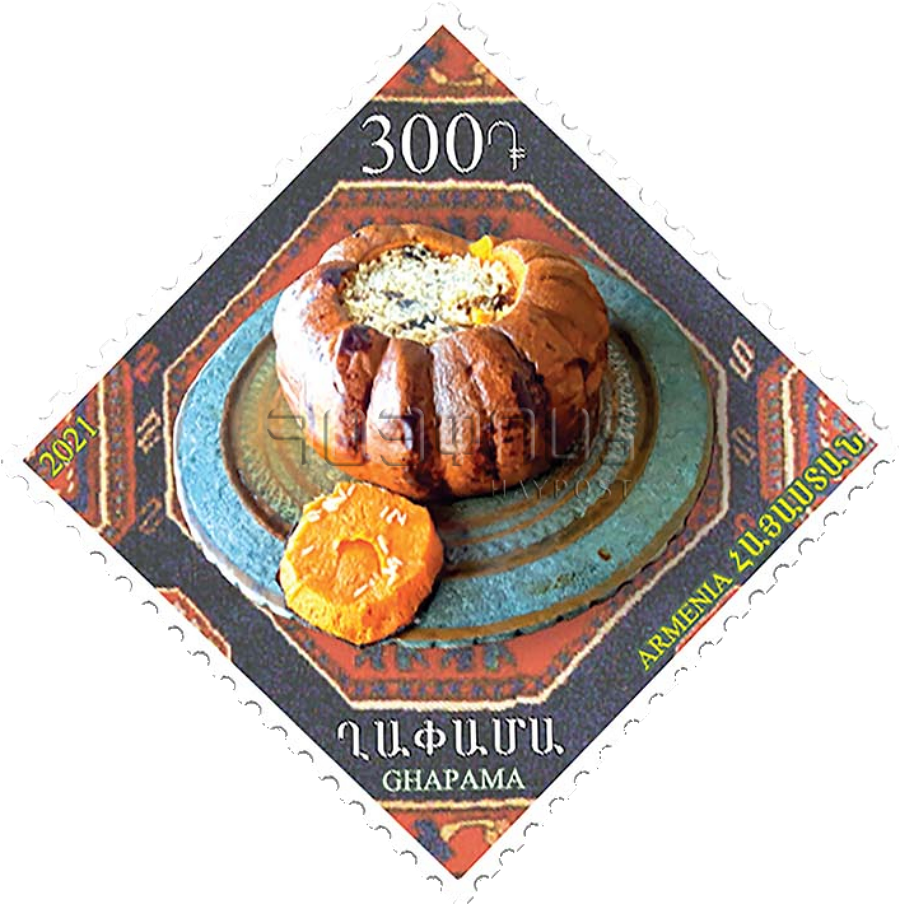 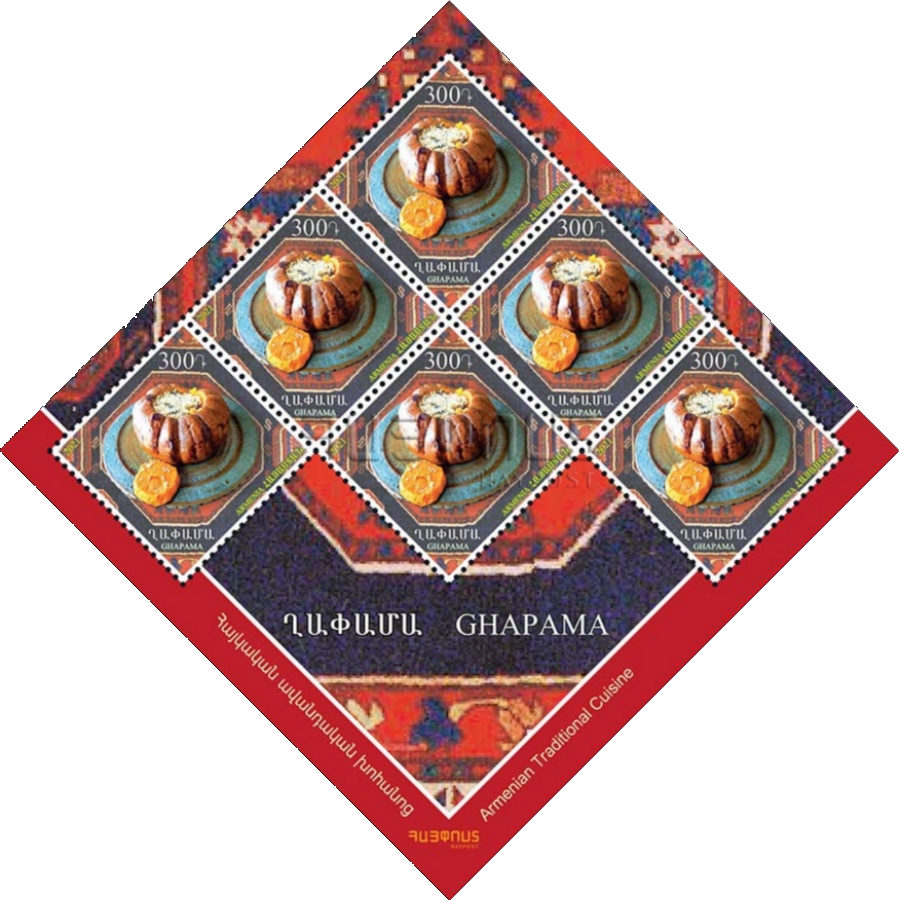 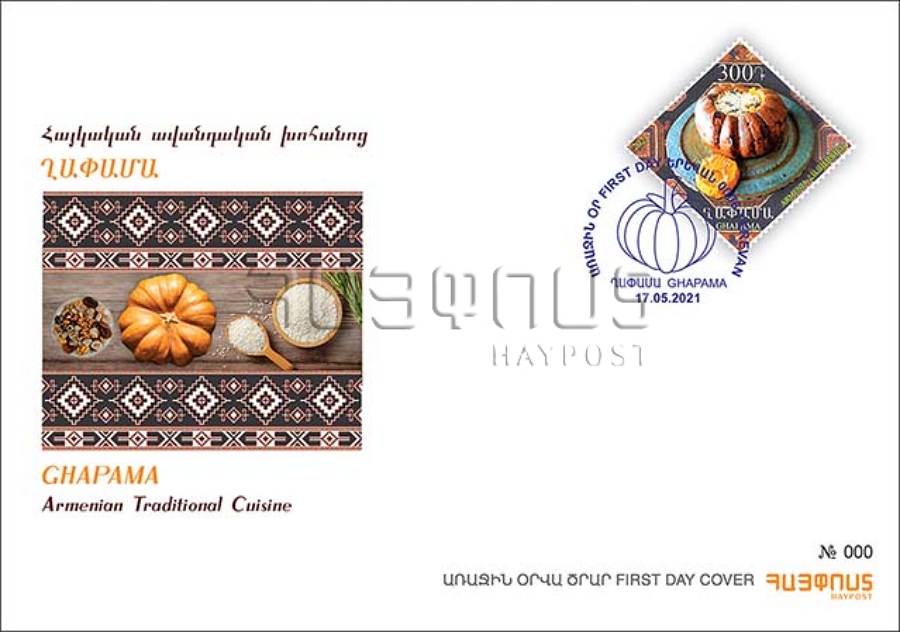 On May 17th, 2021, one postage stamp dedicated to the theme “Armenian Traditional Cuisine. Ghapama” has been put into circulation.

The postage stamp with the nominal value of 300 AMD depicts the dish “Ghapama” of the Armenian Traditional Cuisine.

Ghapama is a stuffed pumpkin, which is a traditional dish in Armenia. It is mainly prepared both in autumn and at Christmas. According to the national traditions, it was often served at the weddings as a symbol of abundance. In the past, the filling was cooked with grains, meat, fresh fruit, but the most popular option is pumpkin stuffed with rice, dried fruits, nuts and honey.

Ghapama (Armenian: ղափամա) is an Armenian stuffed pumpkin dish, often prepared during the Christmas season. It is prepared by removing the guts of the pumpkin (known as դդում in Armenian, pronounced dtum in Eastern Armenian and ttum in Western Armenian) and stuffing it with boiled rice and dried fruits such as chopped almonds, apple, cornel, apricot, plums, dates, prunes and raisins. It is also common to pour on honey and mix in ground cinnamon or sugar. The pumpkin is then baked until it becomes soft, then brought to the table where it is cut up and served.