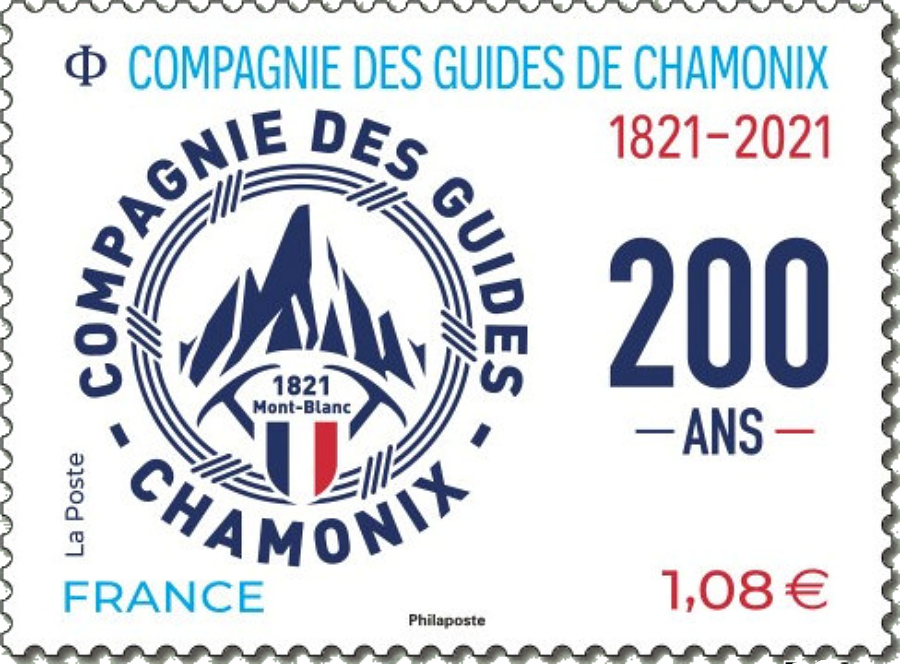 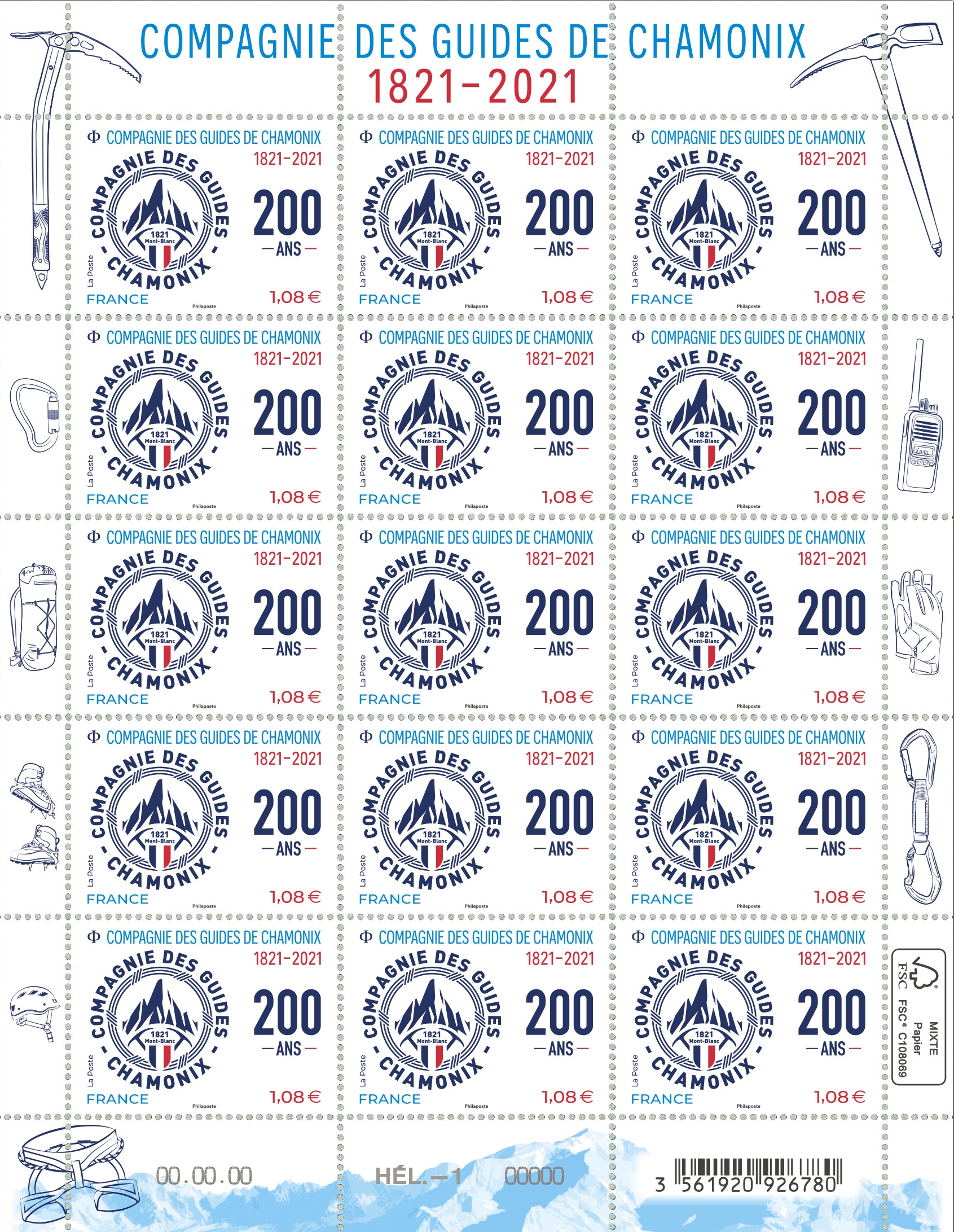 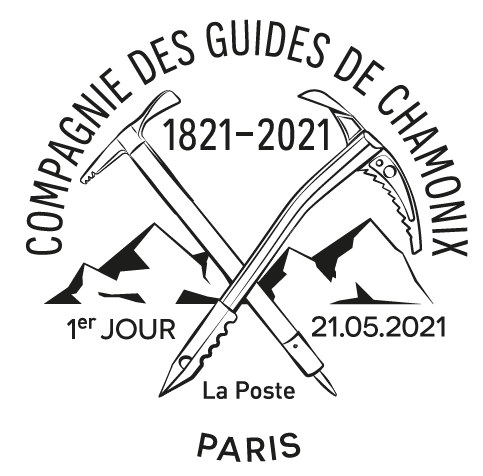 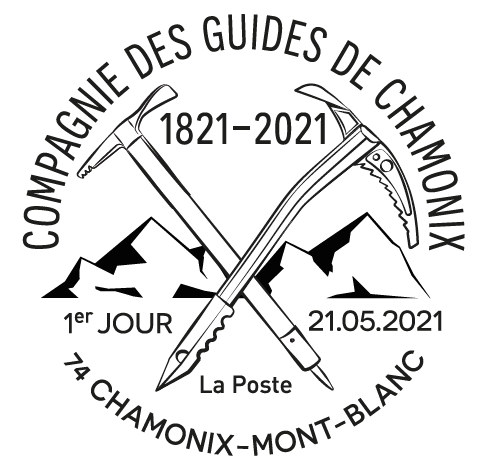 The Compagnie des Guides de Chamonix is an organization that brings together more than 200 mountain professionals and mountain guides). Its vocation is to enable its customers to live a human and sporting adventure in the mountains by guaranteeing them the appropriate safety standards. Initially focused on mountaineering, it has diversified and today offers a wide range of mountain activities (mountain climbing, rock climbing, skiing, hiking, white water rafting, etc.) aimed at a wide audience: individual, group and company. Most of its activities take place in the Mont Blanc massif. Founded in 1821, it is the oldest and largest guide company in the world.

Chamonix-Mont-Blanc, more commonly known as Chamonix, is a commune in the Haute-Savoie department in the Auvergne-Rhône-Alpes region of Southeastern France. It was the site of the first Winter Olympics in 1924. In 2017, it had a population of 8,611. Situated to the north of Mont Blanc, between the peaks of the Aiguilles Rouges and the notable Aiguille du Midi, Chamonix is one of the oldest ski resorts in France. The Chamonix commune is popular with skiers and mountain enthusiasts; via the cable car lift to the Aiguille du Midi it is possible to access the off-piste (backcountry) ski run of the Vallée Blanche.

The valley was first mentioned in 1091, when it was granted by the Count of the Genevois to the great Benedictine house of St. Michel de la Cluse, near Turin, which by the early 13th century had established a priory there. However, in 1786 the inhabitants bought their freedom from the canons of Sallanches, to whom the priory had been transferred in 1519.

In 1530, the inhabitants obtained from the Count of the Genevois the privilege of holding two fairs a year, while the valley was often visited by the civil officials and by the bishops of Geneva (first recorded visit in 1411, while St. Francis de Sales came there in 1606). But travelers for pleasure were very rare.

The first party to publish (1744) an account of their visit was that of Richard Pococke, William Windham and others, such as the Englishmen who visited the Mer de Glace in 1741. In 1742 came P. Martel and several other Genevese, in 1760 Horace-Bénédict de Saussure, as well as rather later Marc Theodore Bourrit.

The growth of tourism in the early 19th century led to the formation of the Compagnie des Guides de Chamonix in 1821, to regulate access to the mountain slopes (which were communally or co-operatively owned), and this association held a monopoly of guiding from the town until it was broken by French government action in 1892; thereafter guides were required to hold a diploma issued by a commission dominated by civil servants and members of the French Alpine Club rather than local residents.

From the late 19th century on, tourist development was dominated by national and international initiatives rather than local entrepreneurs, though the local community was increasingly dependent upon and active in the tourist industry.

The commune successfully lobbied to change its name from Chamonix to Chamonix-Mont-Blanc in 1916. However, following the loss of its monopoly, the Compagnie reformed as an association of local guides, and retained an important role in local society; it provided the services of a friendly society to its members, and in the 20th century many of them were noted mountaineers and popularizers of mountain tourism, notably the novelist Roger Frison-Roche, the first member of the Compagnie not to be born in Chamonix.

The holding of the first Winter Olympic Games in Chamonix in 1924 further raised Chamonix’s profile as an international tourist destination.

During the Second World War, a Children’s Home operated in Chamonix, in which several dozens of Jewish children were hidden from the Nazis. Some of those who hid them were recognized as “Righteous Among the Nations”.

By the 1960s, agriculture had been reduced to a marginal activity, while the number of tourist beds available rose to around 60,000 by the end of the 20th century, with about 5 million visitors a year.