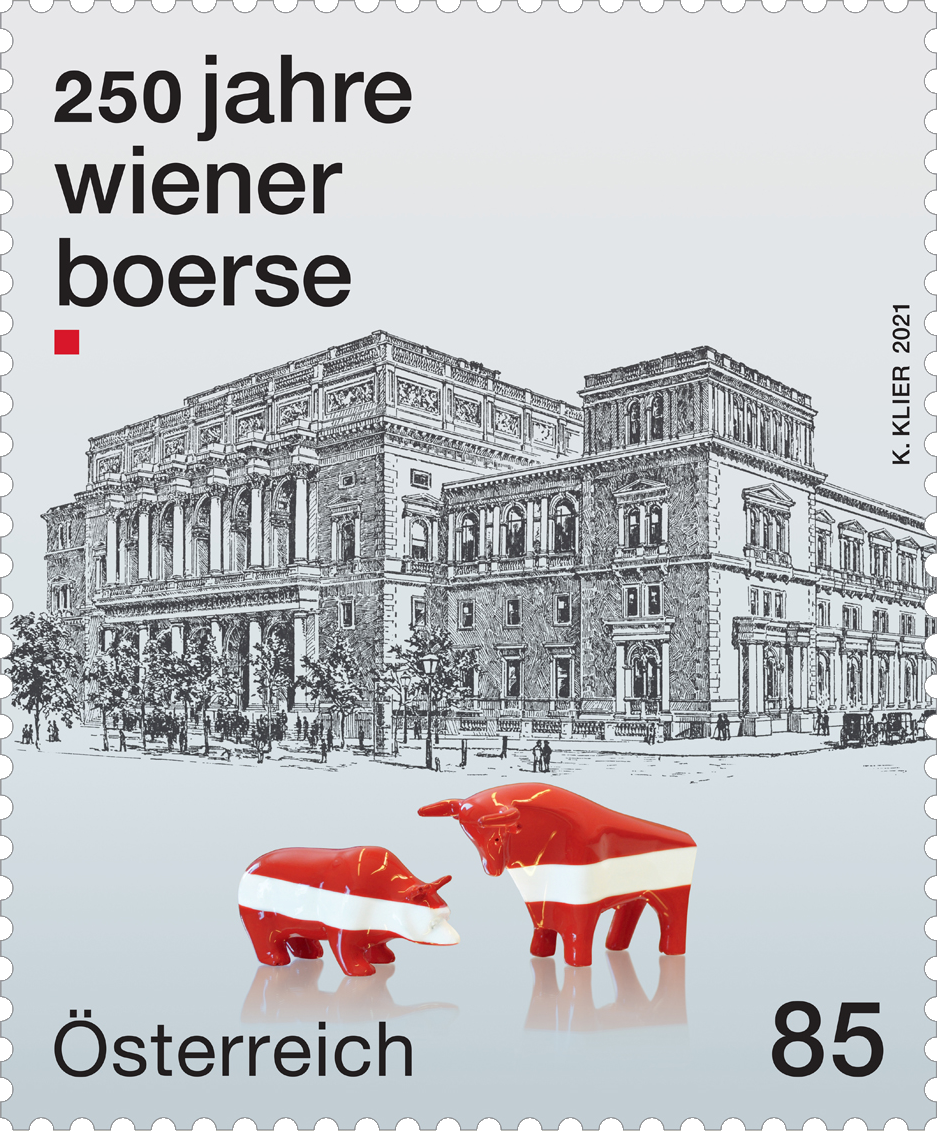 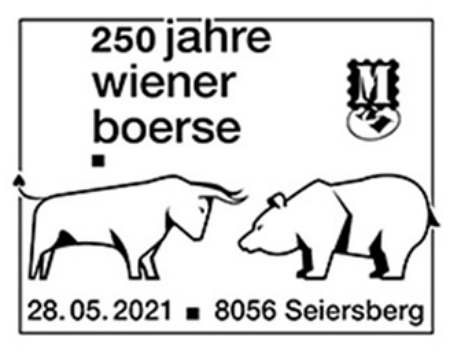 The Vienna Stock Exchange is one of the oldest securities exchanges in the world. This year, it celebrates its 250th anniversary. Österreichische Post celebrates this occasion with a commemorative stamp that features the historic building located at Schottenring.

The building was designed by Theophil Hansen and opened in 1877 at Vienna Schottenring. Parts of the building were destroyed during a devastating fire in 1956. In the 1980s, the Stock Exchange saw an important boom. In 1991, the ATX (Austrian Traded Index) was introduced as an index of reference; it tracks the 20 major stocks. For more than 20 years, Wiener Börse AG has been headquartered at Caprara-Geymüller Palace in Vienna’s historic city center. As a modern, customer and market-oriented infrastructure company, it runs the stock exchanges of Vienna and Prague. International trading partners account for most of the trading volume. The stock exchange was and remains the main trading place for determining the price of securities, which creates trust and transparency. 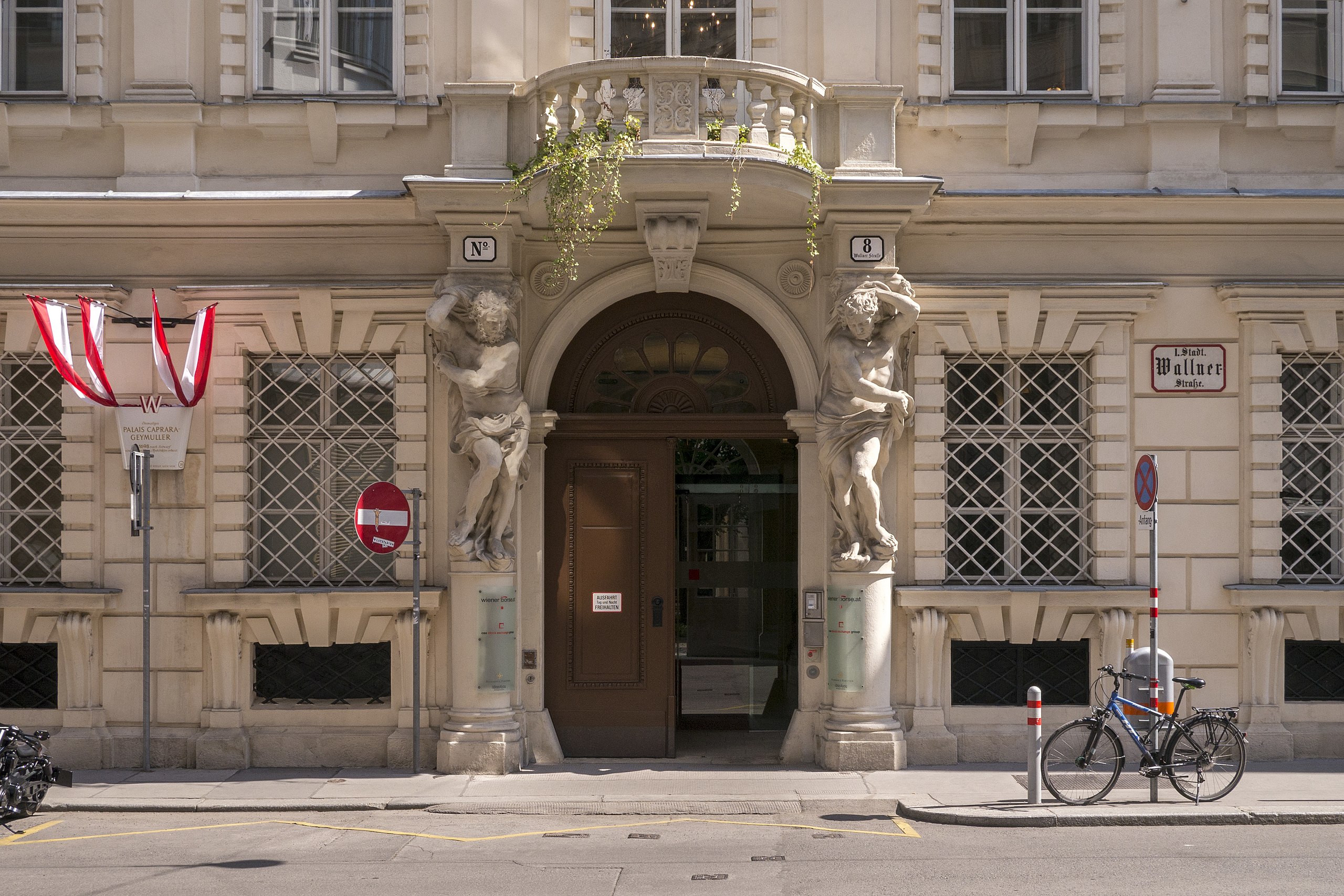 Wiener Börse is one of the world’s oldest exchanges and was founded in 1771 during the reign of Empress Maria Theresa of Austria in order to provide a market for state issued bonds.

In 1985, Jim Rogers triggered a bull market when he stated that there is a high potential in the Austrian capital market.

In 2019, it was opened the Third market (MTF), an over-the-counter market put out of the supervision of the Austrian Börsengesetz and mainly destinated to the exchange of foreign private companies bonds.

On September 1, 2020, the Wiener Börse listed its first 21 titles denominated in cryptocurrencies like Bitcoin and Ethereum, including the services of real-time quotation and securities settlement. 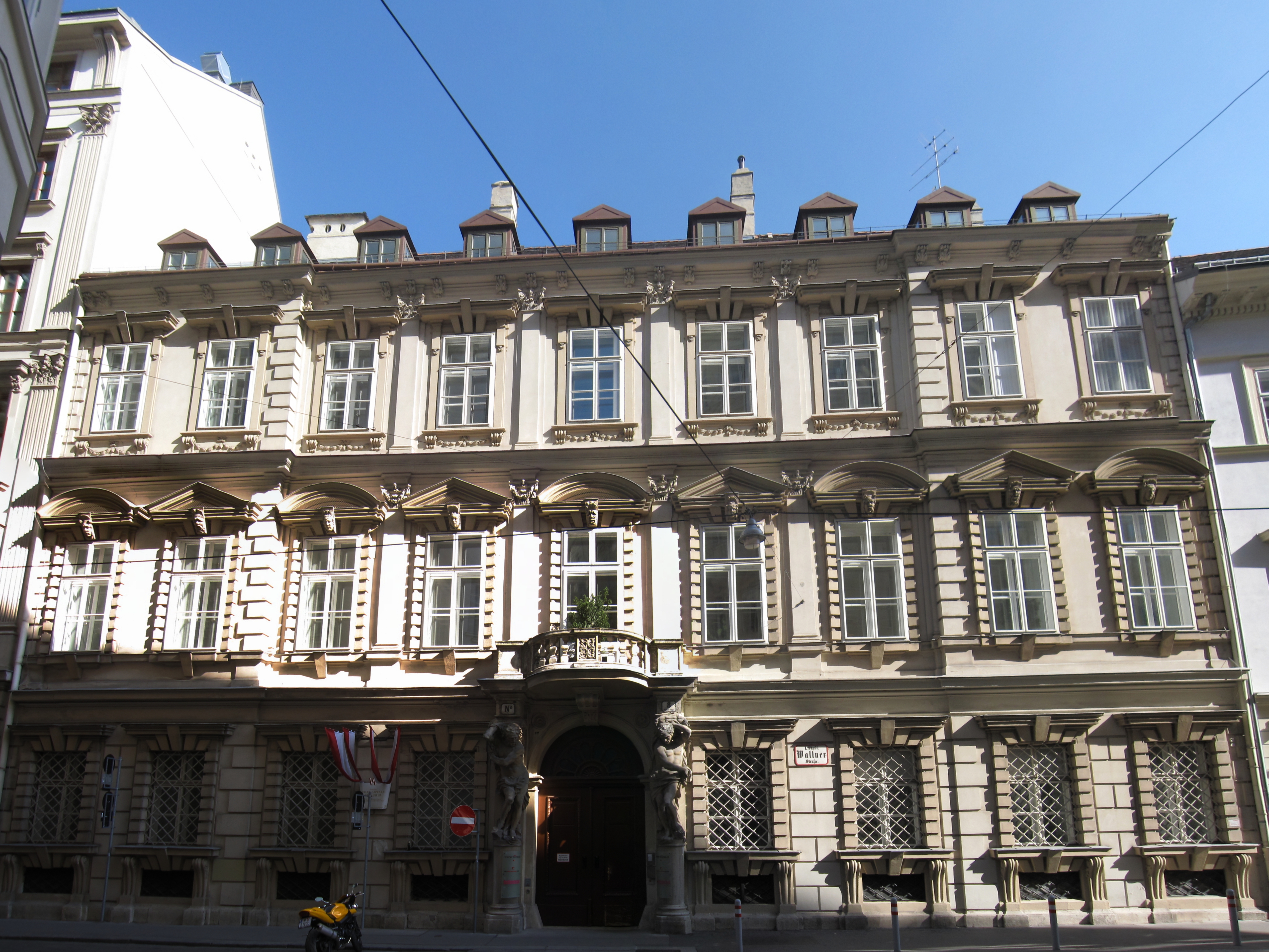 Palais Caprara-Geymüller, sometimes known as Palais Caprara, is a Baroque palace in Vienna, Austria. The Vienna Stock Exchange is situated in the palace.

Since the Palais Caprara-Geymüller has a rather atypical design for baroque Vienna, so the Viennese disliked it at first, but they were soon impressed by the massive building that blended into the cityscape without any problems. The facade consists of a five-axis central projection and a two-axis side projection. The horizontal façade is structured by ledges above the floors. In addition, the windows on the first floor are decorated alternately with triangular gables and round arches. The strict structure of the floors is representative of the Italian palace architecture. The entrance gate is bordered by two atlases which support the balcony above. The entrance hall is a transverse, a wide columned hall, from which a three-armed staircase leads to the first floor. The walls of the now subdivided ballroom, which used to extend the entire length of the building, were almost completely covered with architectural paintings that only came to light after an restoration. Only two rooms of the high-quality Empire furnishings have been preserved: The Geymüller Salon and the Pompeian Room, now used as the Wien Museum.