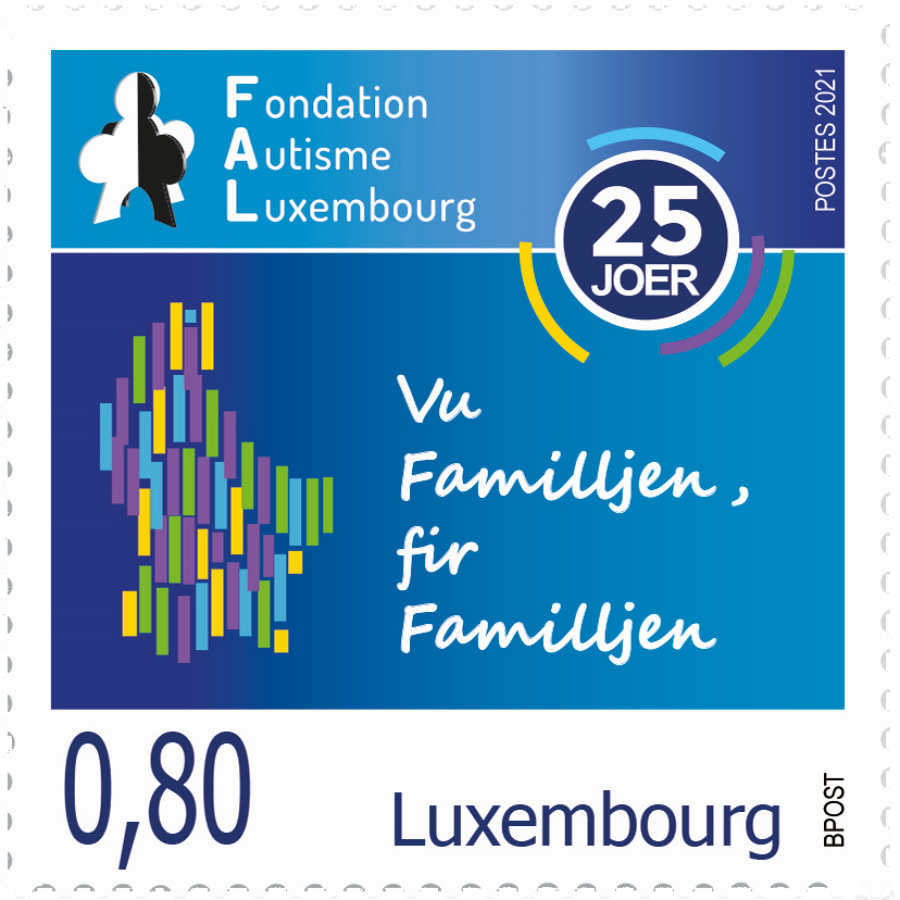 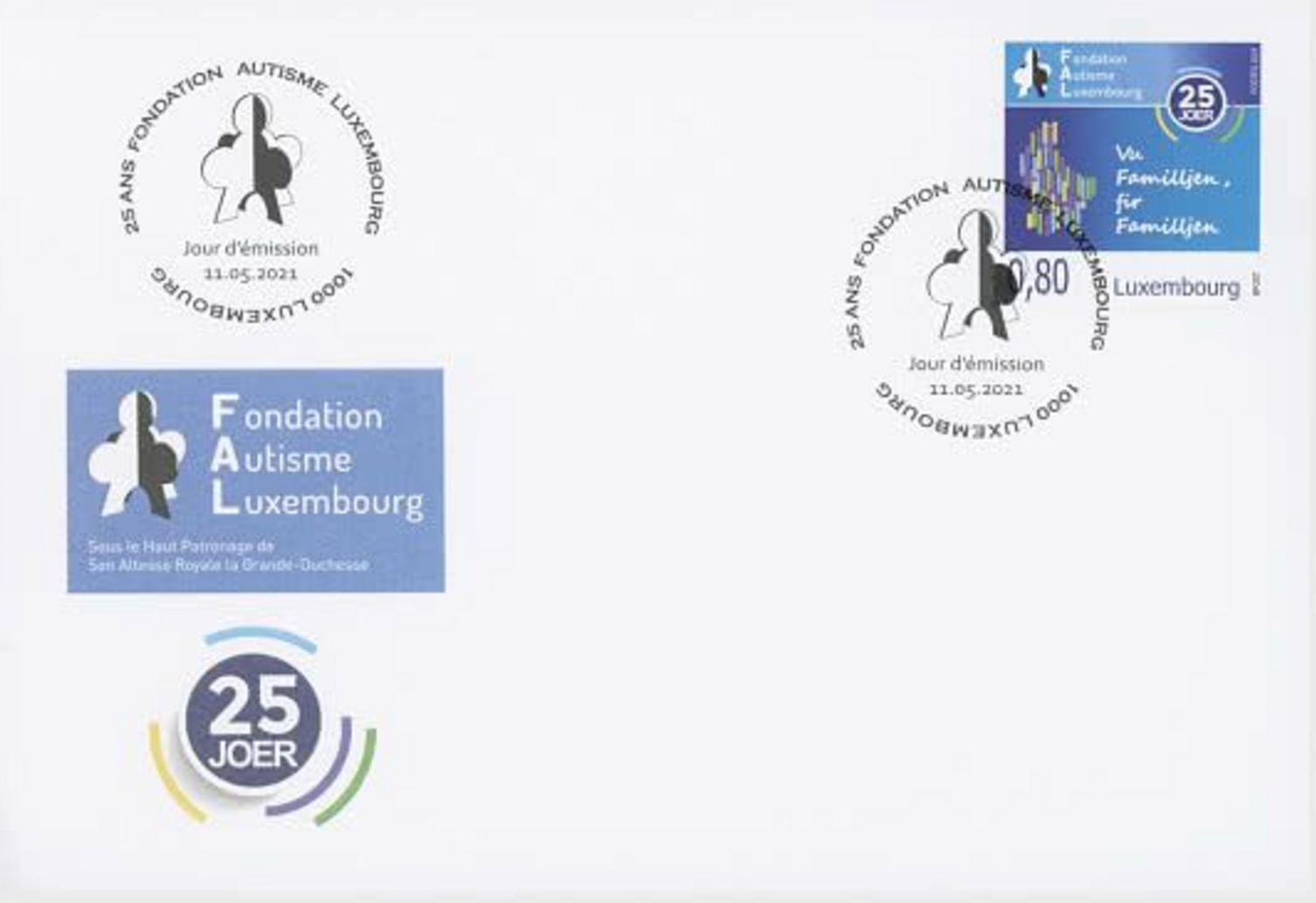 The Fondation Autisme Luxembourg (FAL) was set up on 18 June 1996 by a group of parents with a view to doing something about the lack of facilities and services for people with autism in Luxembourg. In keeping with its mission statement of “Together we create a better life”, the FAL has already achieved a lot over the past 25 years and is working hard to ensure that in the future, too, there are enough options to improve the lives of all individuals affected.

Autism is a developmental disorder characterized by difficulties with social interaction and communication, and by restricted and repetitive behavior. Parents often notice signs during the first three years of their child’s life. These signs often develop gradually, though some autistic children experience regression in their communication and social skills after reaching developmental milestones at a normal pace.

Autism is associated with a combination of genetic and environmental factors. Risk factors during pregnancy include certain infections, such as rubella, toxins including valproic acid, alcohol, cocaine, pesticides, lead, and air pollution, fetal growth restriction, and autoimmune diseases. Controversies surround other proposed environmental causes; for example, the vaccine hypothesis, which has been disproven. Autism affects information processing in the brain and how nerve cells and their synapses connect and organize; how this occurs is not well understood. The Diagnostic and Statistical Manual of Mental Disorders (DSM-5), combines forms of the condition, including Asperger syndrome and pervasive developmental disorder not otherwise specified (PDD-NOS) into the diagnosis of autism spectrum disorder (ASD).

No treatment has been proven to cure ASD, but several interventions have been shown to reduce symptoms and improve the ability of people with ASD to function and participate independently in the community. Behavioral, psychological, education, and/or skill-building interventions may be used to assist people with ASD to learn life skills necessary for living independently, as well as other social, communication, and language skills. Therapy also aims to reduce challenging behaviors and build upon strengths. Some autistic adults are unable to live independently. An autistic culture has developed, with some individuals seeking a cure and others believing autism should be accepted as a difference to be accommodated instead of cured.

Globally, autism is estimated to affect 24.8 million people as of 2015. In the 2000s, the number of people with autism worldwide was estimated at 1–2 per 1,000 people. In the developed countries, about 1.5% of children are diagnosed with ASD as of 2017, from 0.7% in 2000 in the United States. It is diagnosed four-to-five times more often in males than females. The number of people diagnosed has increased dramatically since the 1960s, which may be partly due to changes in diagnostic practice. The question of whether actual rates have increased is unresolved.

The Fondation Autisme Luxembourg (FAL) was founded June 18th 1996 at the initiative of a group of parents directly affected by this handicap. They came together to deal with the lack of structures and services for people with autism that existed in Luxembourg.

Their efforts were aimed at providing their children with a level of care that was adapted to their disability. This would allow them to develop their autonomy in a suitable living environment and quality. Since then, the aim of the Foundation is to promote and defend the rights of people with autism in Luxembourg, regardless of the severity of their disability. The public-interest character of the foundation was recognized by a Grand-Ducal decree on October 6, 1996.  This means that donations to the Foundation may be tax-deductible within the limits of articles 109 and 112 L.I.R.

We work in close collaboration with the various State bodies as well as with other partners active in the disability field in Luxembourg to promote the inclusion of people on the margins of society.

We are also proud to have obtained the High Patronage of Her Royal Highness the Grand Duchess in April 2018. This gesture is a great proof of confidence toward the quality work that we provide in terms of diagnosis, support, training and care for teenagers or adults. FAL is also a member of the association Autisme Europe as well as the association Don en Confiance.

In 1999, FAL bought a plot of land in Munshausen in the north of the country to build a residential centre. The site was officially opened in 2002, and 6 residents moved into their new home just a few days later.

The activities of FAL have greatly increased since its creation :

FAL has been constantly expanding since it was created. Today it has a staff of around 144, spread over 3 sites namely in Capellen, Munshausen and Rambrouch.

FAL is a member of Autism-Europe, an umbrella organisation for associations of parents and persons with autism in 38 European countries. Exchange visits to other European autism institutions take place on a regular basis.

Together, we create better lives.