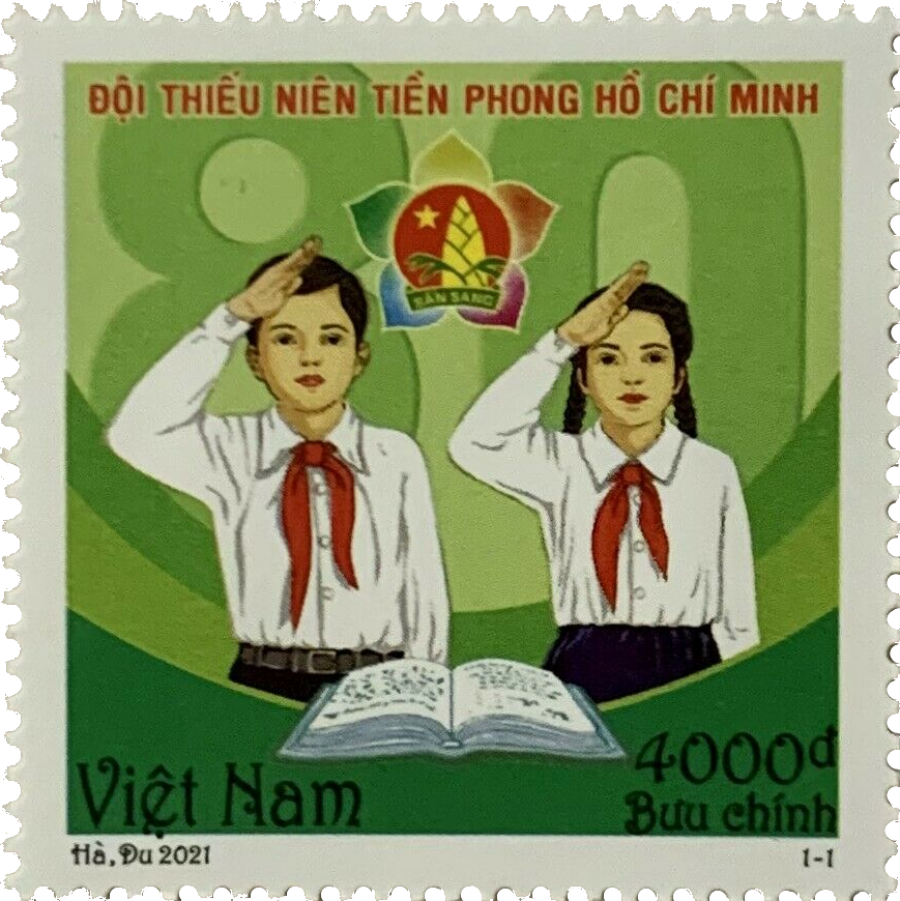 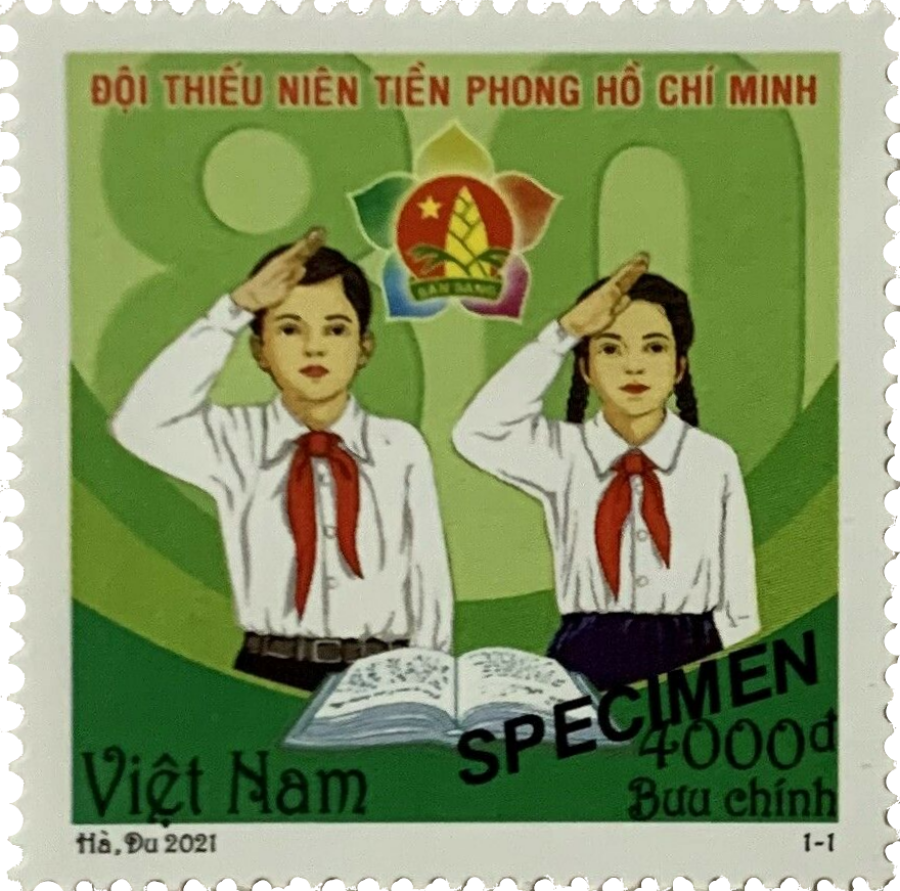 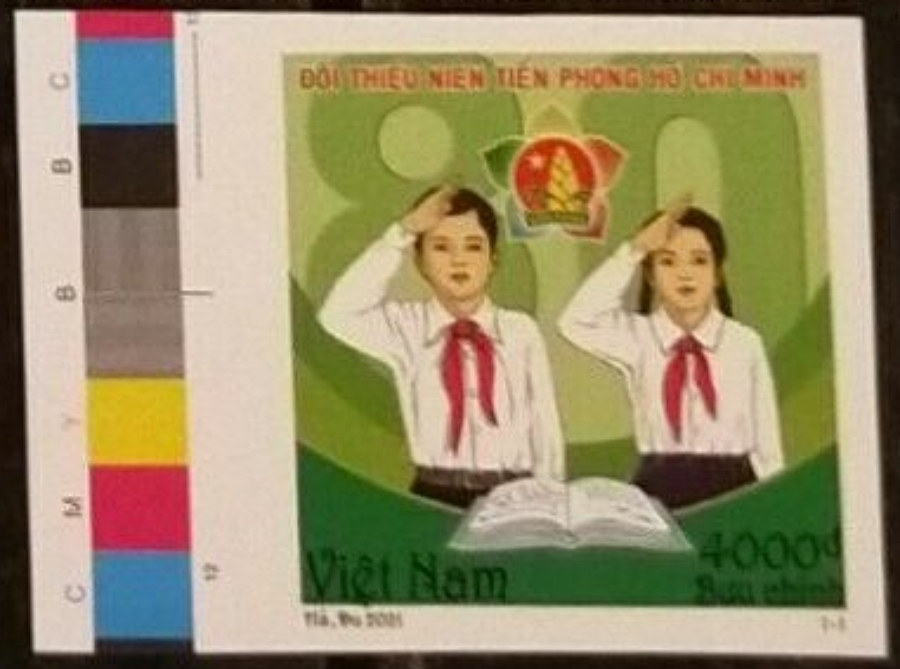 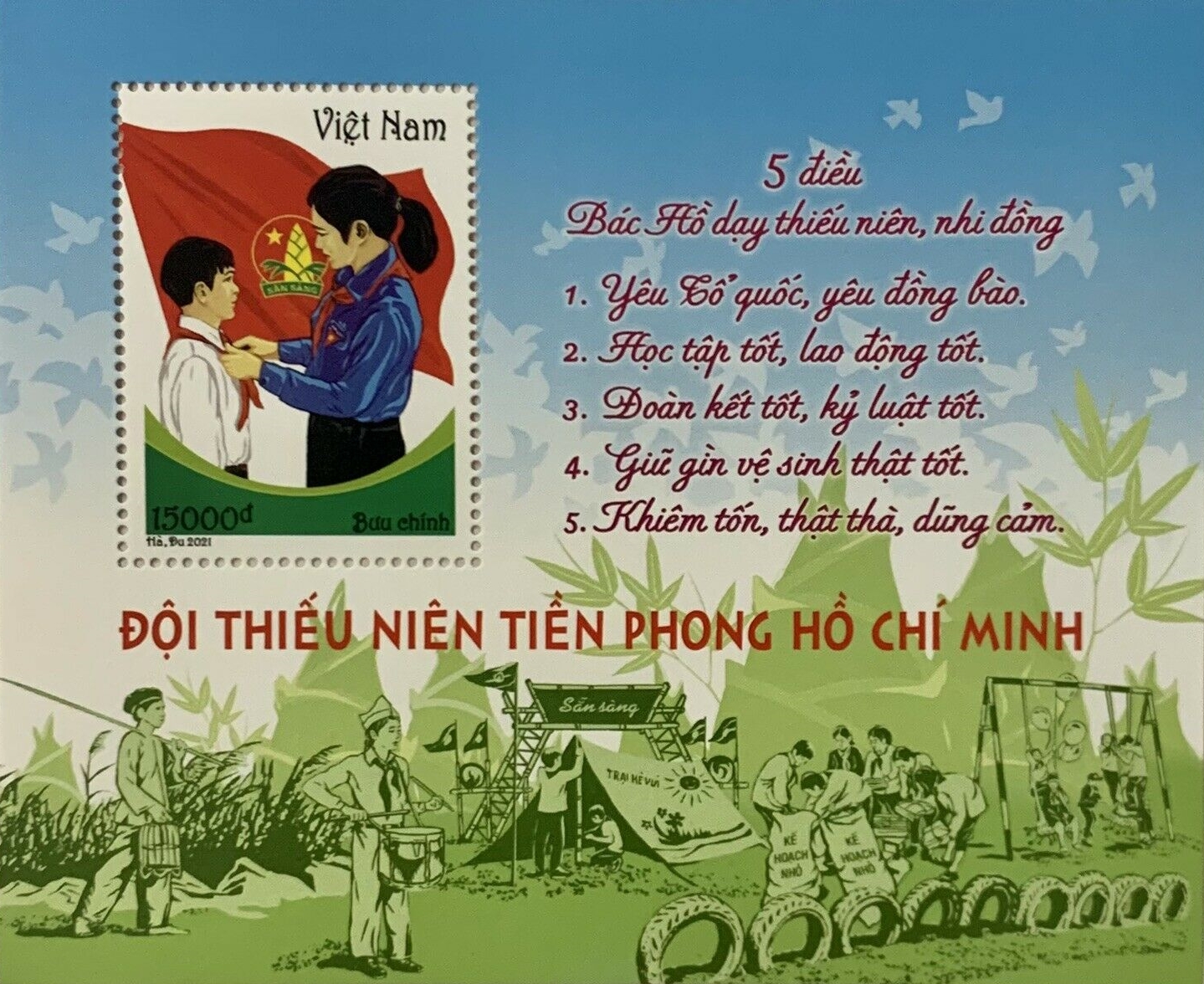 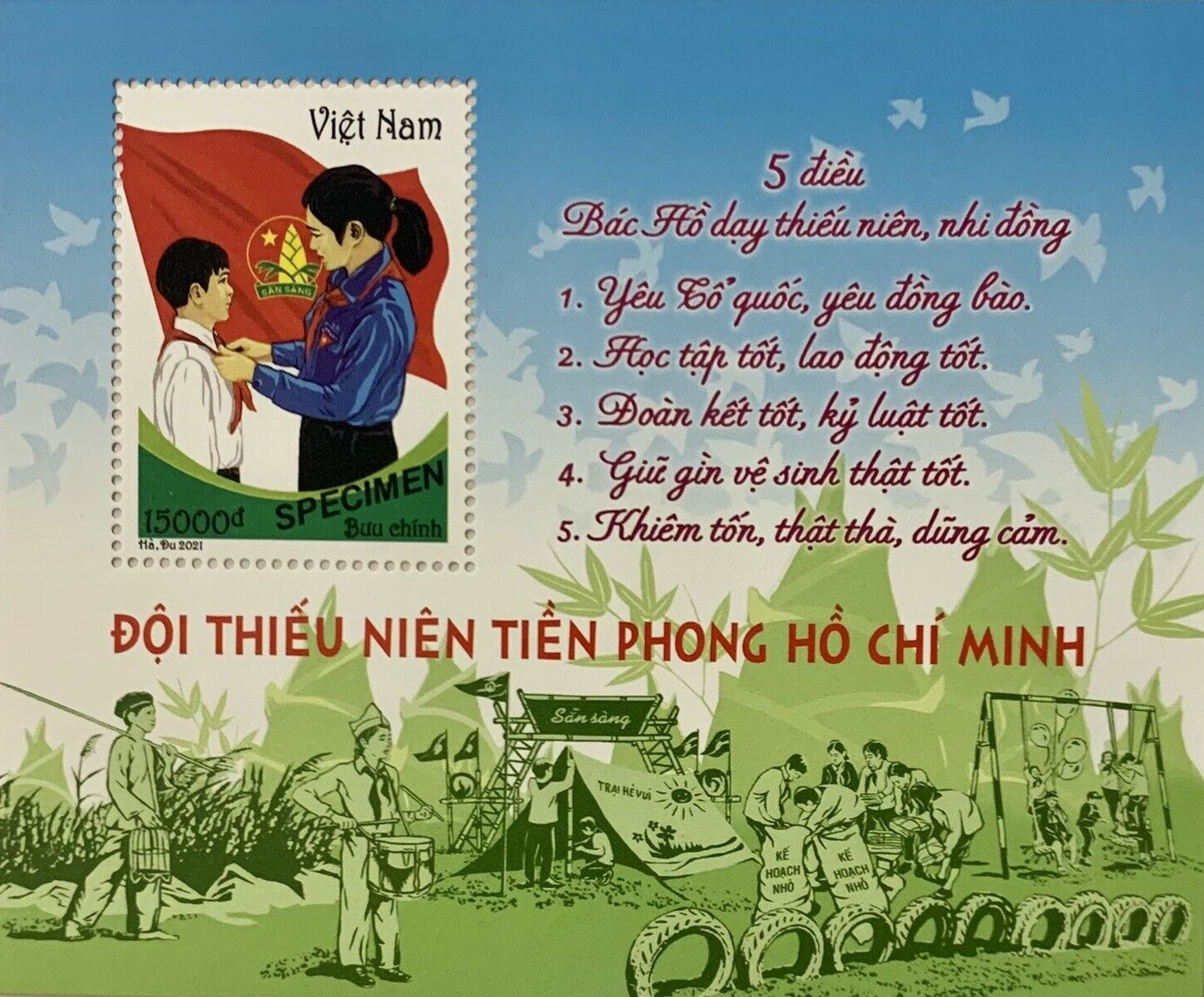 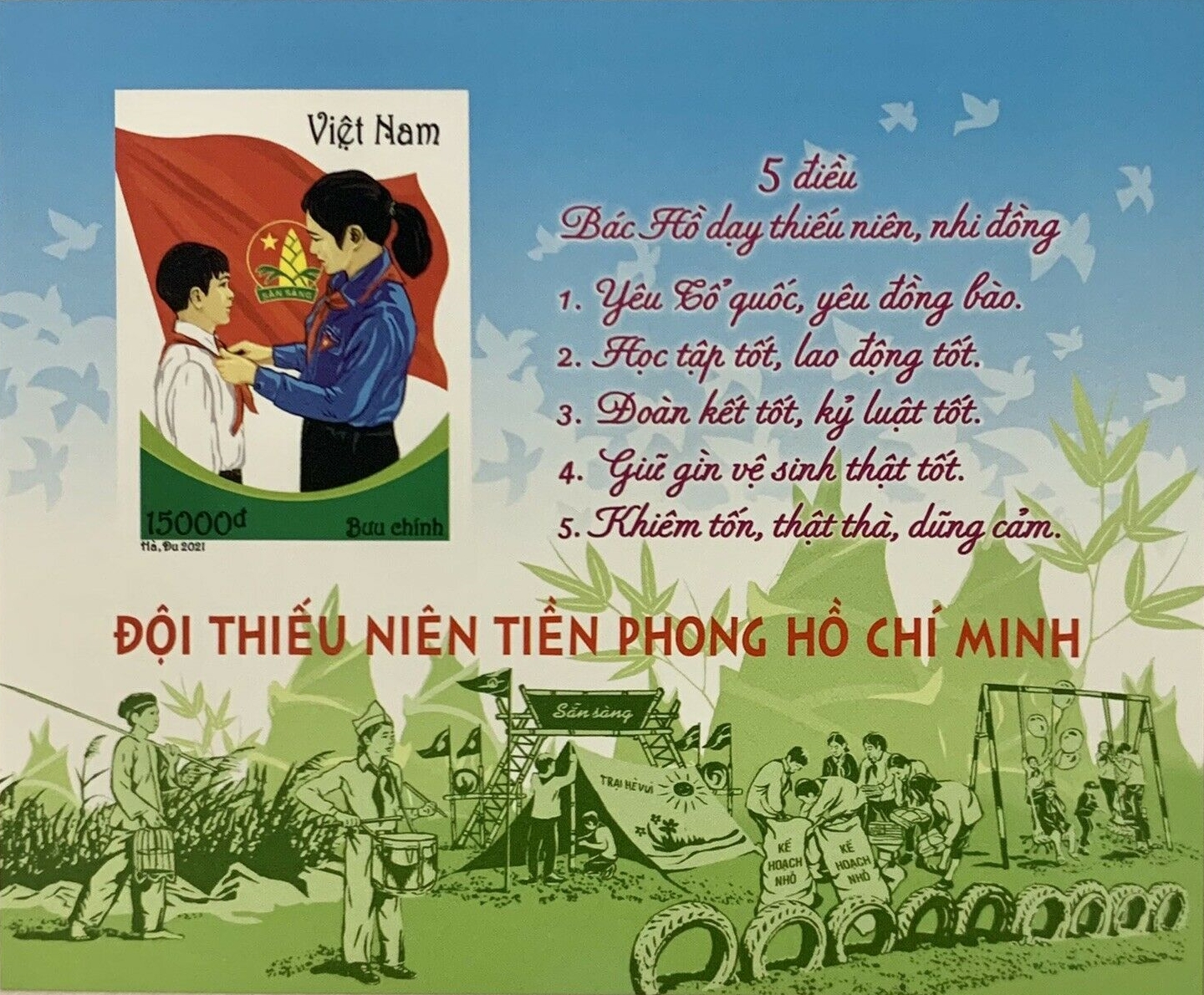 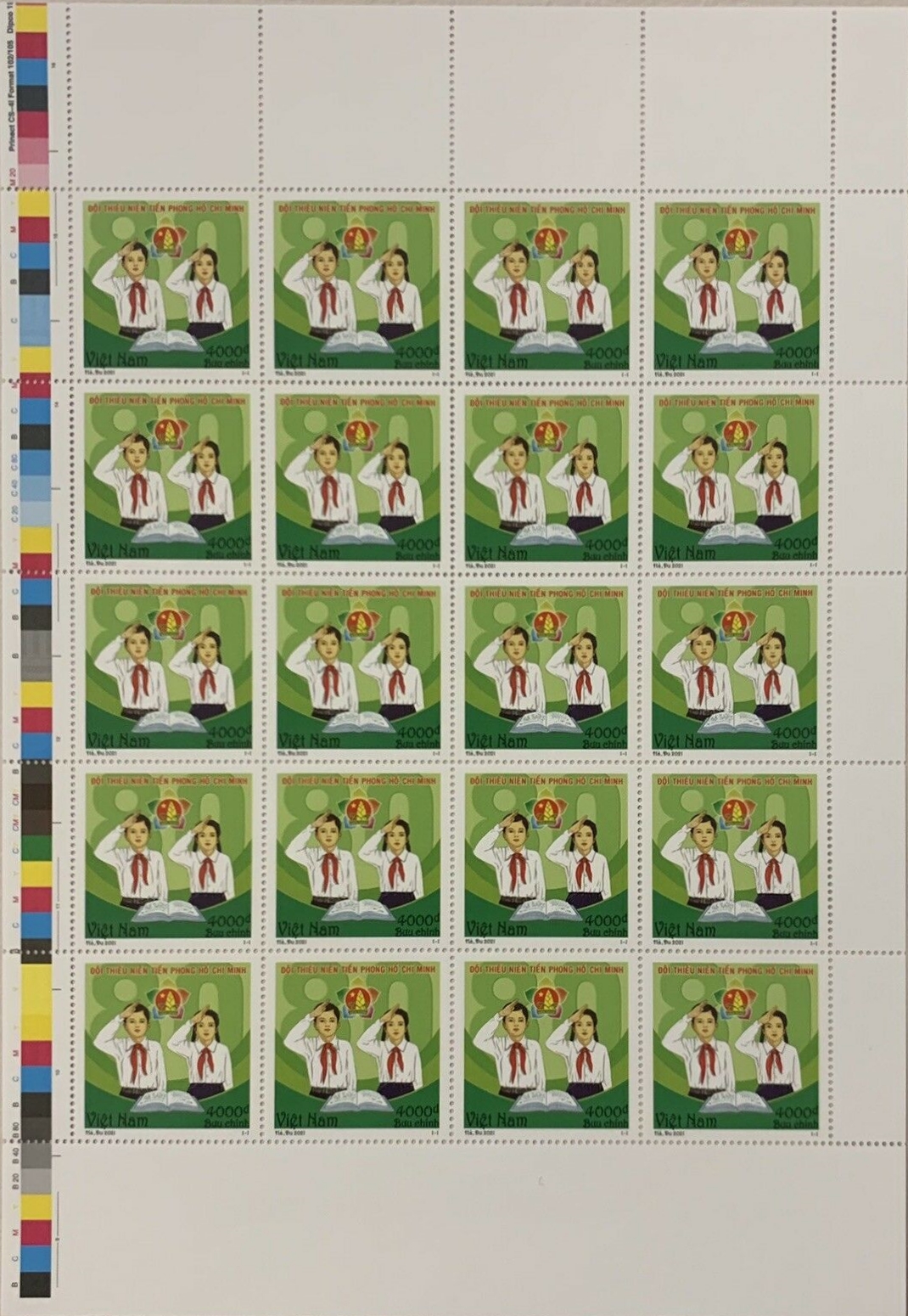 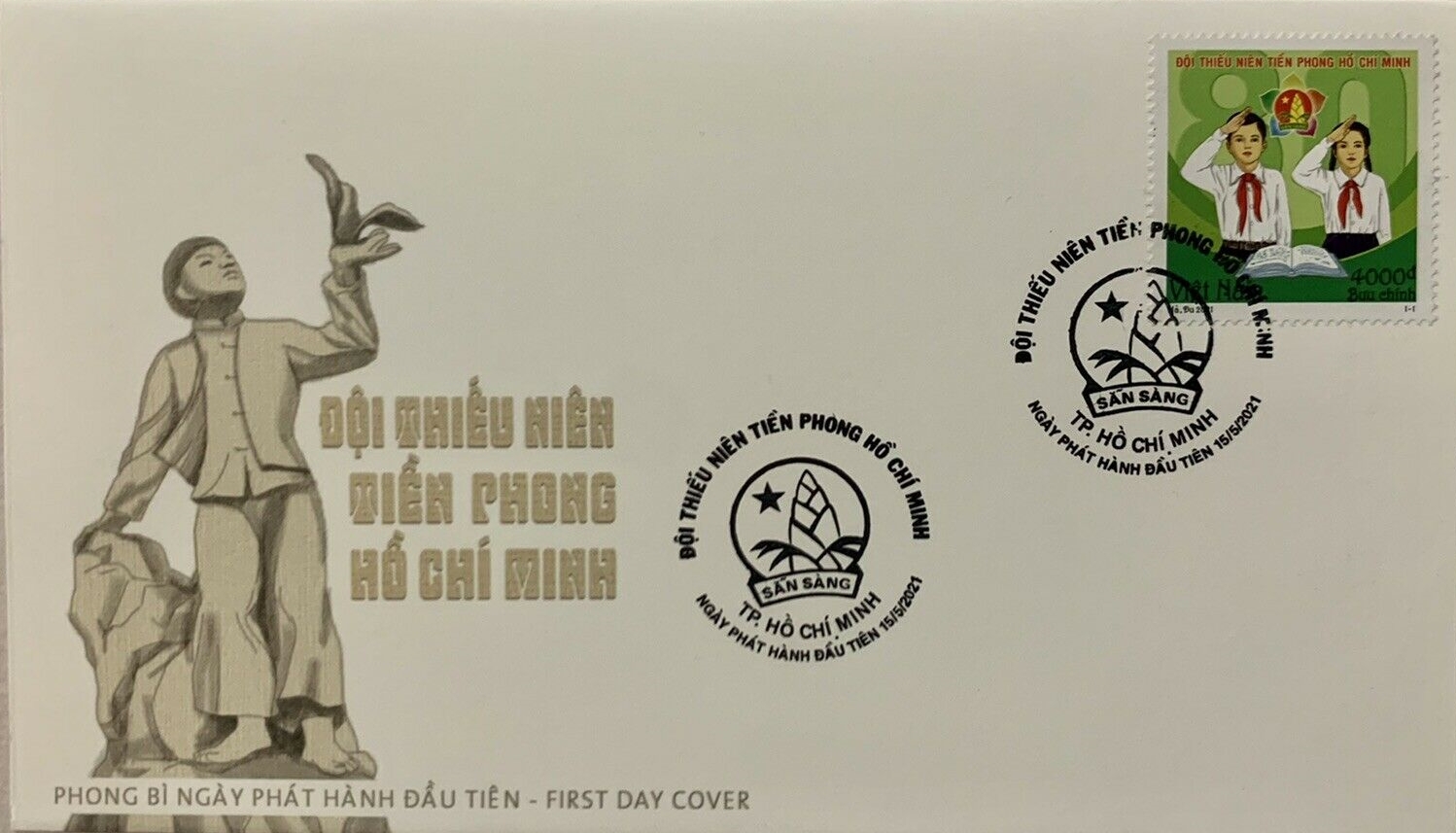 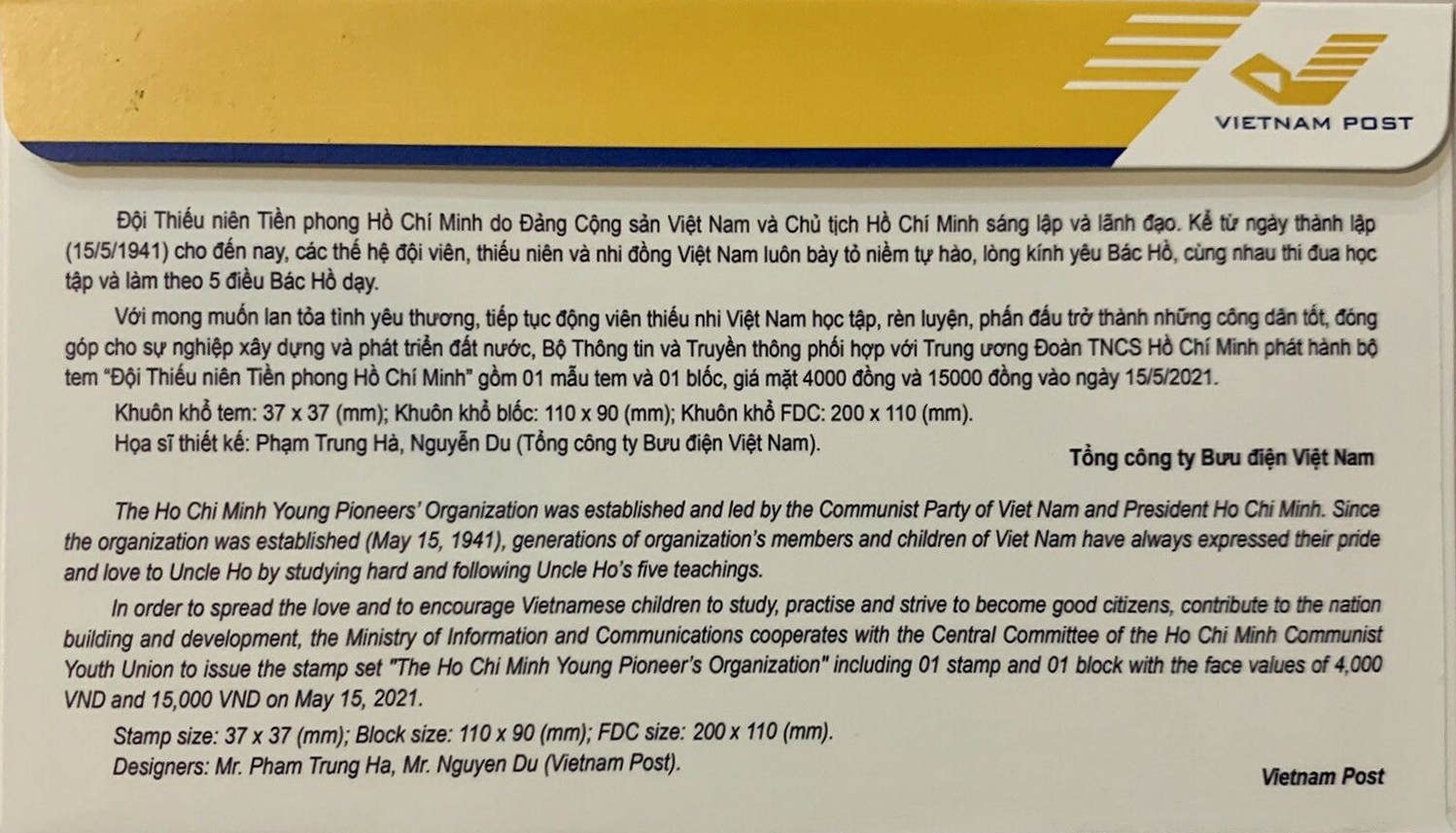 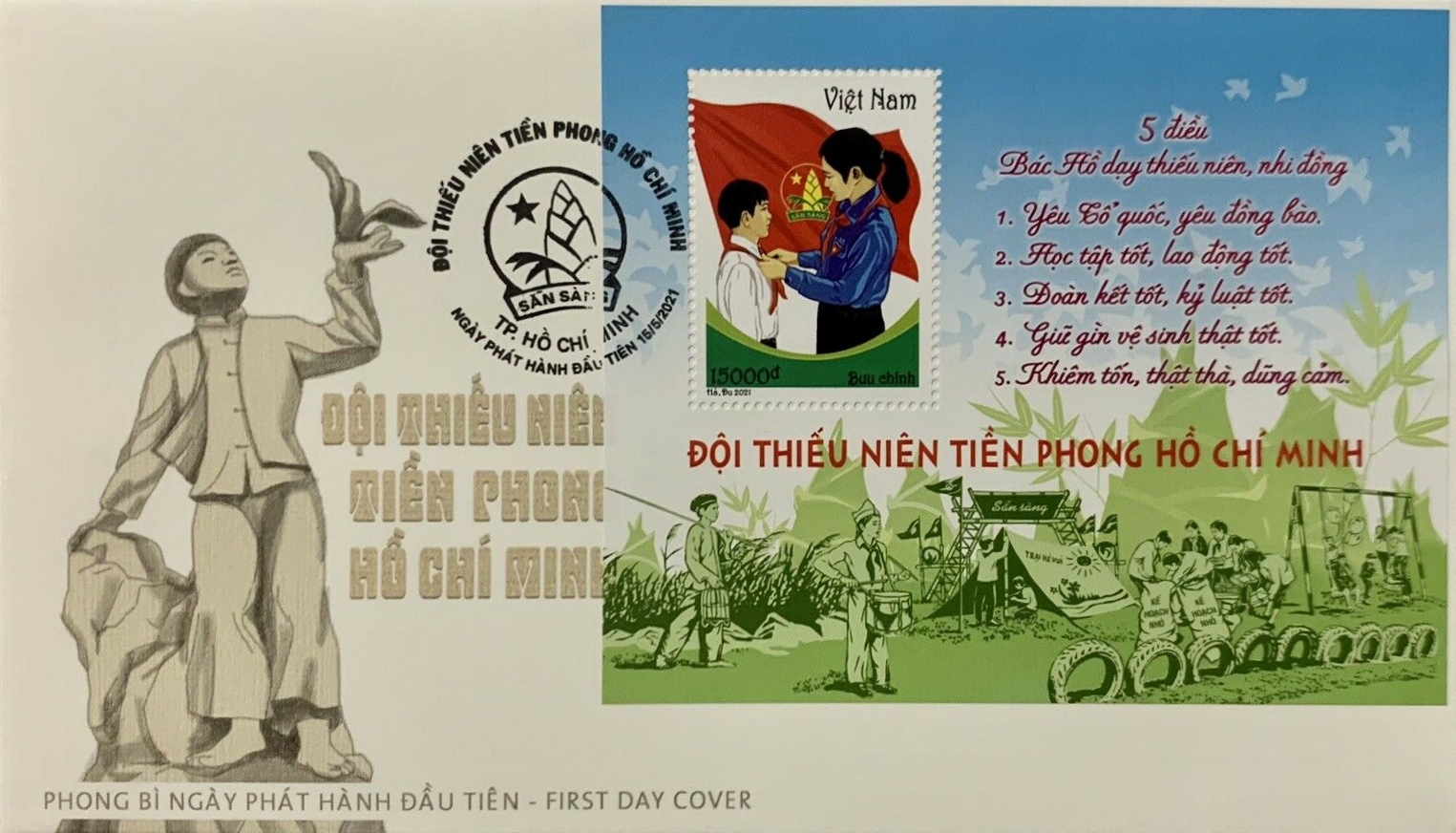 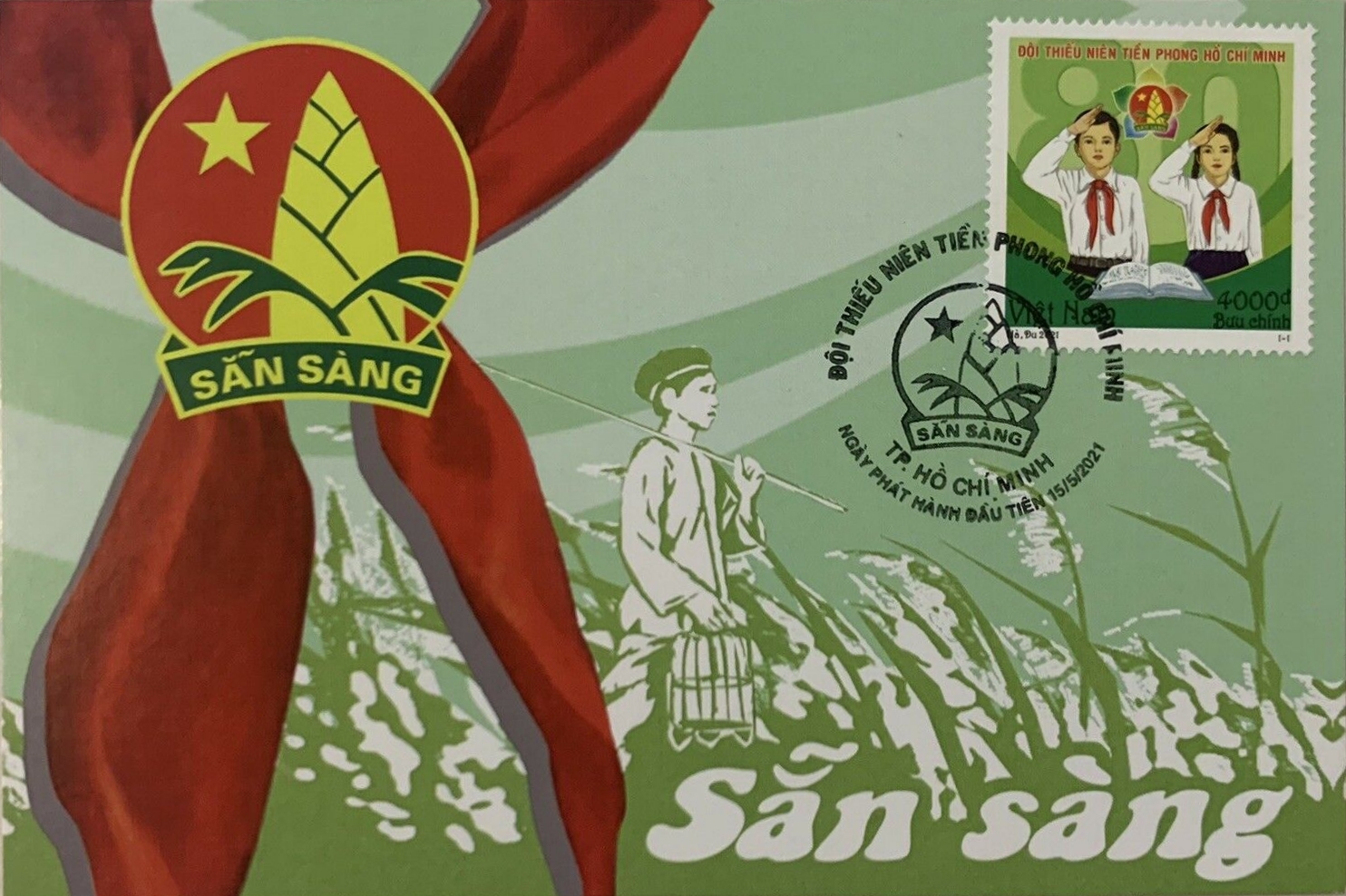 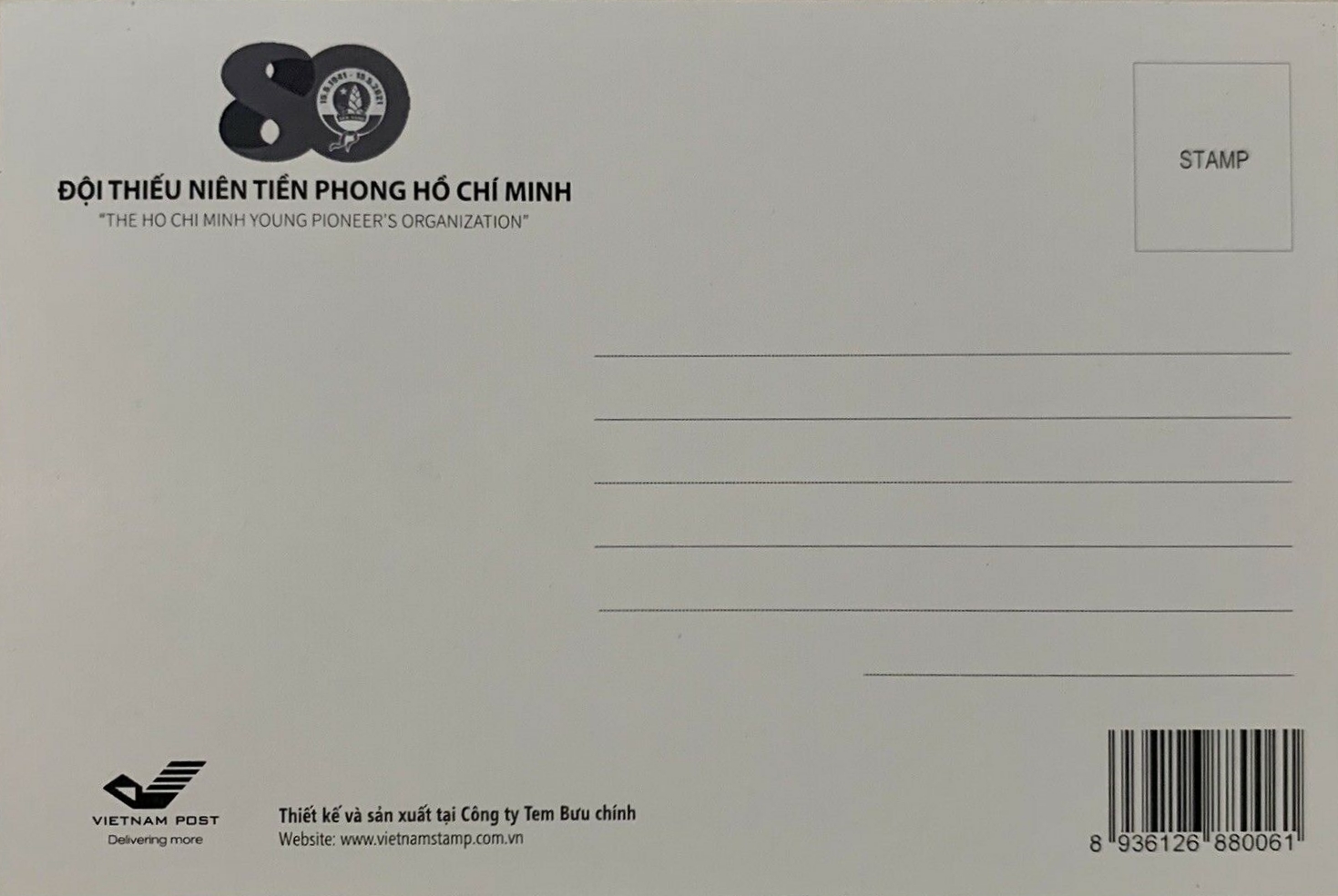 In order to spread the love and to encourage Vietnamese children to study, practice and strive to become good citizens, contribute to the nation building and development, the Ministry of Information and Communications cooperates with the Central Committee of the Ho Chi Minh Communist Youth Union to issue the stamp set “The Ho Chi Minh Young Pioneer’s Organization” including 01 stamp and 01 block with the face values of 4,000 VND and 15,000 VND on May 15, 2021. 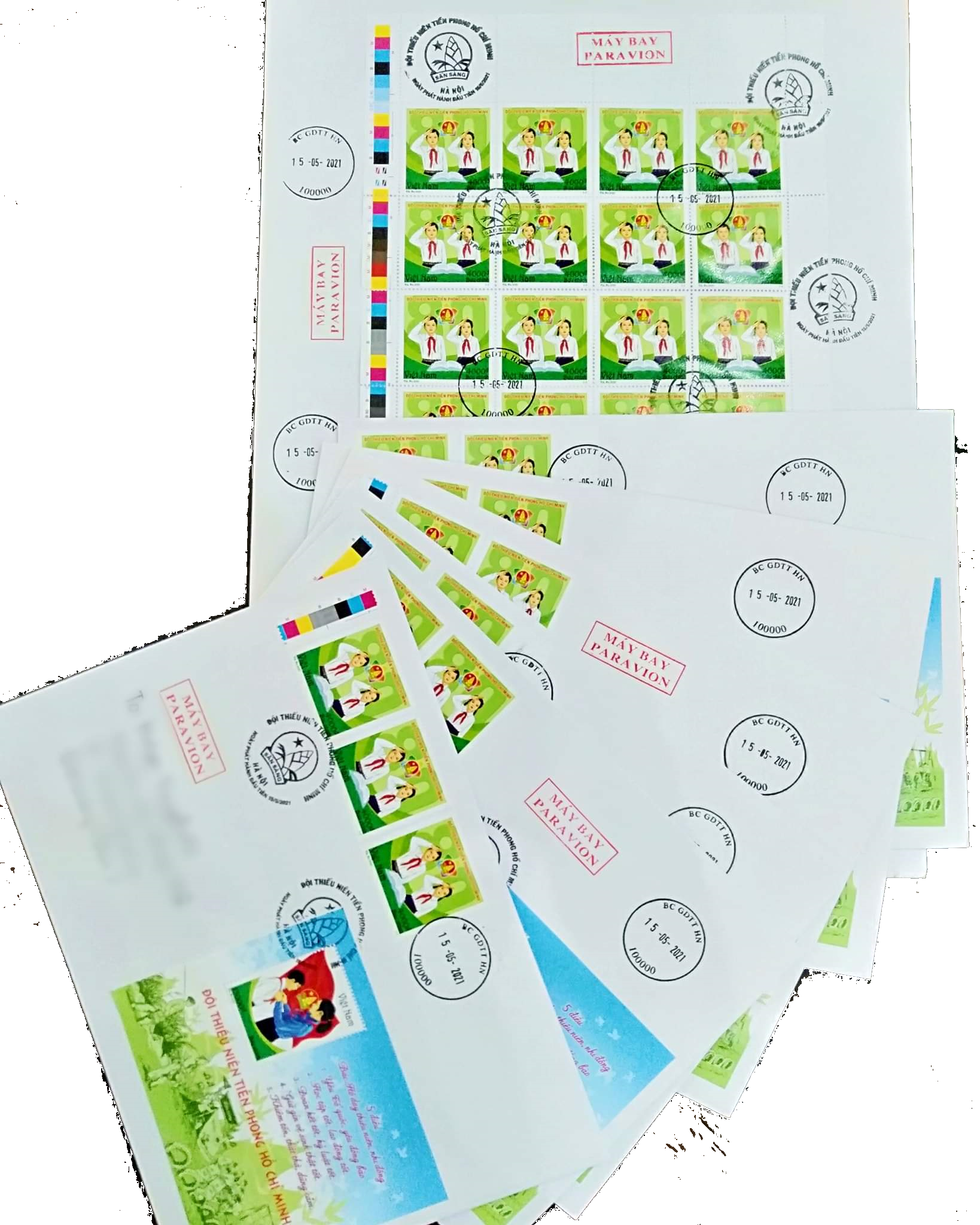 The Ho Chi Minh Young Pioneer Organization is a communist youth organization operating in Vietnam named after former Vietnamese president Ho Chi Minh. It operates as a constituent part of the Communist Party of Vietnam and had approximately 12 million members as of 2009. 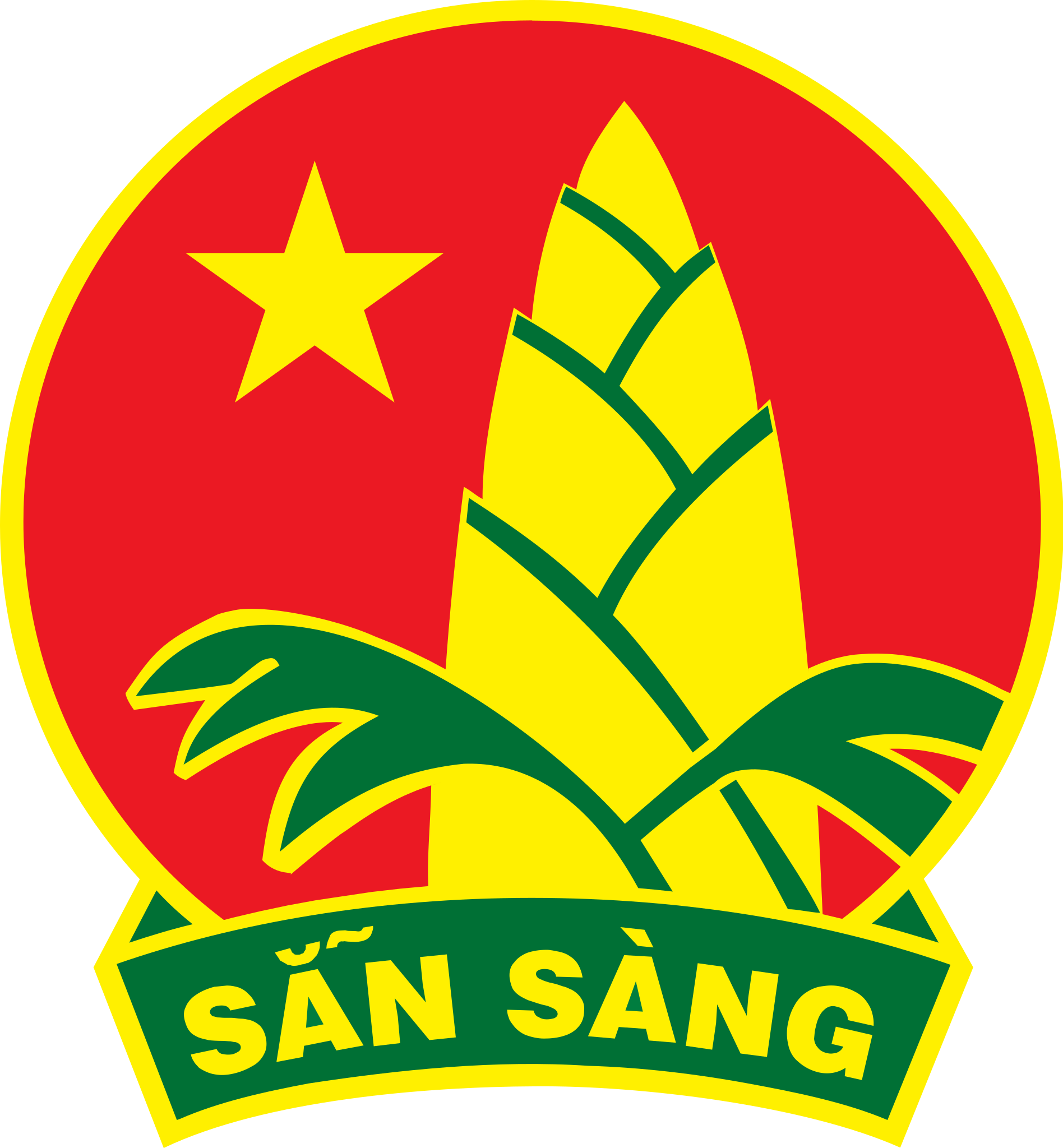 The Ho Chi Minh Pioneer Youth Team (formerly known as the National Salvation Children’s Union) was established on May 15, 1941; is a Vietnamese children’s education school inside and outside the school, which is the reserve team of the Ho Chi Minh Communist Youth Union; a core force in children’s movements.

In the time of Uncle Ho, he always gave special affection, love, belief and expectations to the younger generation – the future owners of the country. Generations of Vietnamese teams, teenagers and children always express their pride, love for Uncle Ho, emulation and follow 5 things Uncle Ho teaches.

Starting from that idea, artists Pham Trung Ha and Nguyen Du (Vietnam Post Corporation) designed a set of stamps with the stamp framework of 37x37mm and the framework of 110x90mm. The set of stamps with bright blue tones has shown a bustling, playful atmosphere in Team activities. The stamp sample shows the image of the Ho Chi Minh Pioneer Youth Team team with crimson scarves flying in a ready position and the Team Badge combining the 5-petaled flower symbolizing the movement “Vietnamese children compete to follow 5 things Uncle Ho taught”. 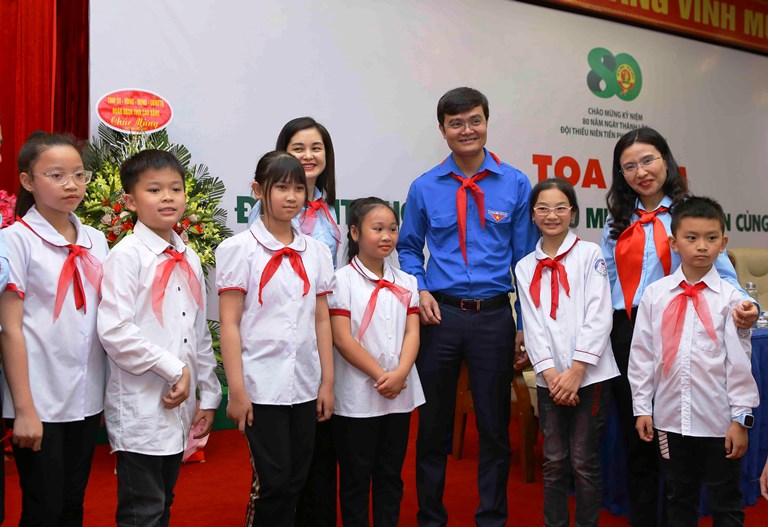 The stamp form is No. 80, which is the glorious tradition of 80 years of development and maturity of the Ho Chi Minh Pioneer Youth Team.

The Model of Block shows the image of the youth union members wearing scarves for the team, expressing the transmission, continuation and expectations of the Ho Chi Minh Youth Union to the generation that own the future of the country. The inscription 5 things Uncle Ho teaches teenagers and children is always the goal of striving and training of the class of young bamboo shoots. The stamping background is the image of Mr. Kim Dong – the first captain of the Team and the children today who are actively participating in the movements and activities of the Team; are the works “For dear children” to show the attention and care of the Ho Chi Minh Youth Union in the work of protecting, caring and educating children; build an increasingly strong Team organization.

ADDITIONAL INFORMATION
Previously, the Ministry of Information and Communications issued many stamps on the topic of celebrating the anniversary of the establishment of the Ho Chi Minh Pioneer Youth Team, including:

Journey to the root “I love Vietnam” celebrates the 80th anniversary of the establishment of the Ho Chi Minh Young Pioneers’ Organization (HYPO). 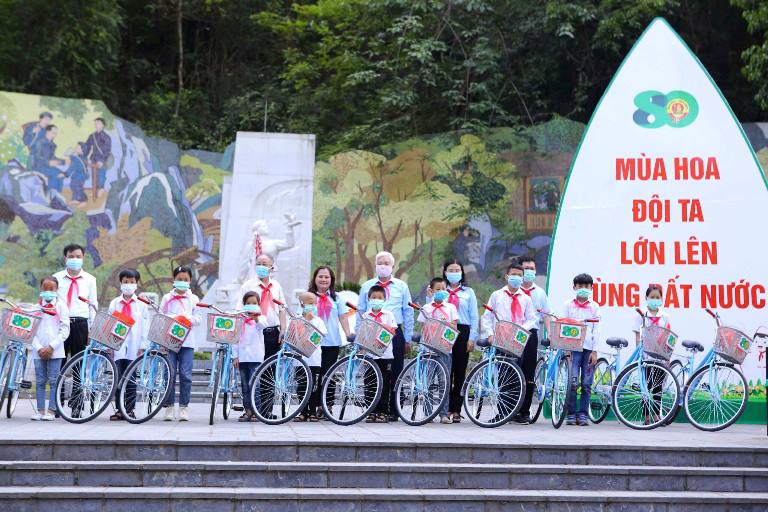 Ms. Nguyen Pham Duy Trang said that the Central Council of the HYPO has launched a campaign to bring students, teenagers and children historical sites and performed the MV “I love my Fatherland – Vietnam” to celebrate the 80th anniversary of the establishment of the HYPO. At the same time, Ms. Trang emphasized to launch 8 weeks of peak emulation, organize 8 weeks of 8 journeys to historical sites – the hometown of young heroes who made many contributions to the history of national liberation struggle and the work of HYPO.

On this occasion, children in Cao Bang were awarded 80 bicycles, 50 scholarships, 01 playground and 1 “For the green school roof” construction.

In the evening, the “Pride for being officers in charge of children” meeting took place. All locally typical youth union members had the opportunity to meet and learn from the delegates who were former Youth Union, HPYO officials. 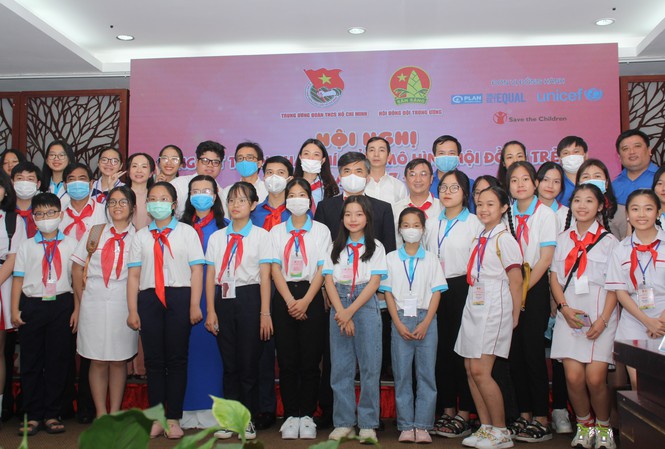 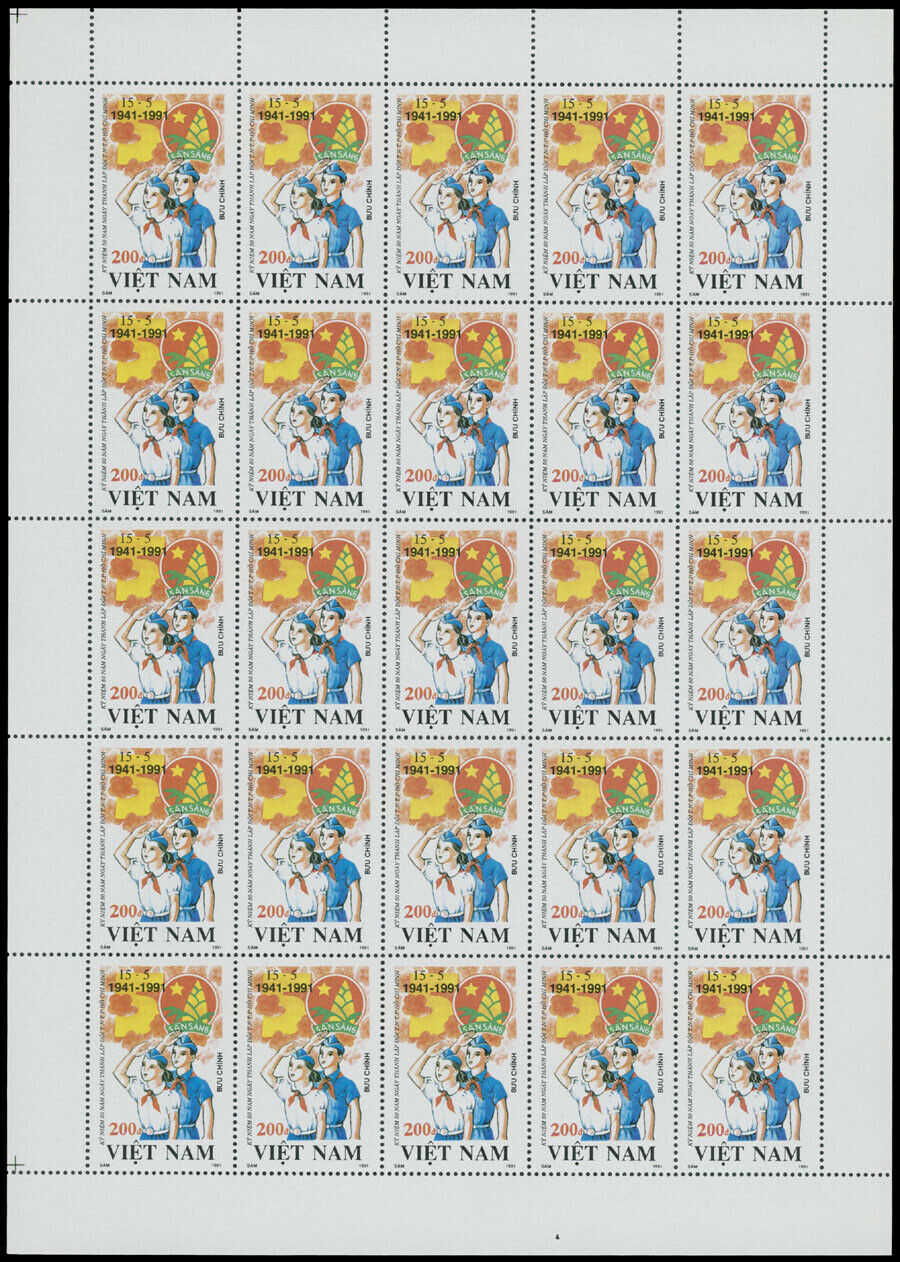