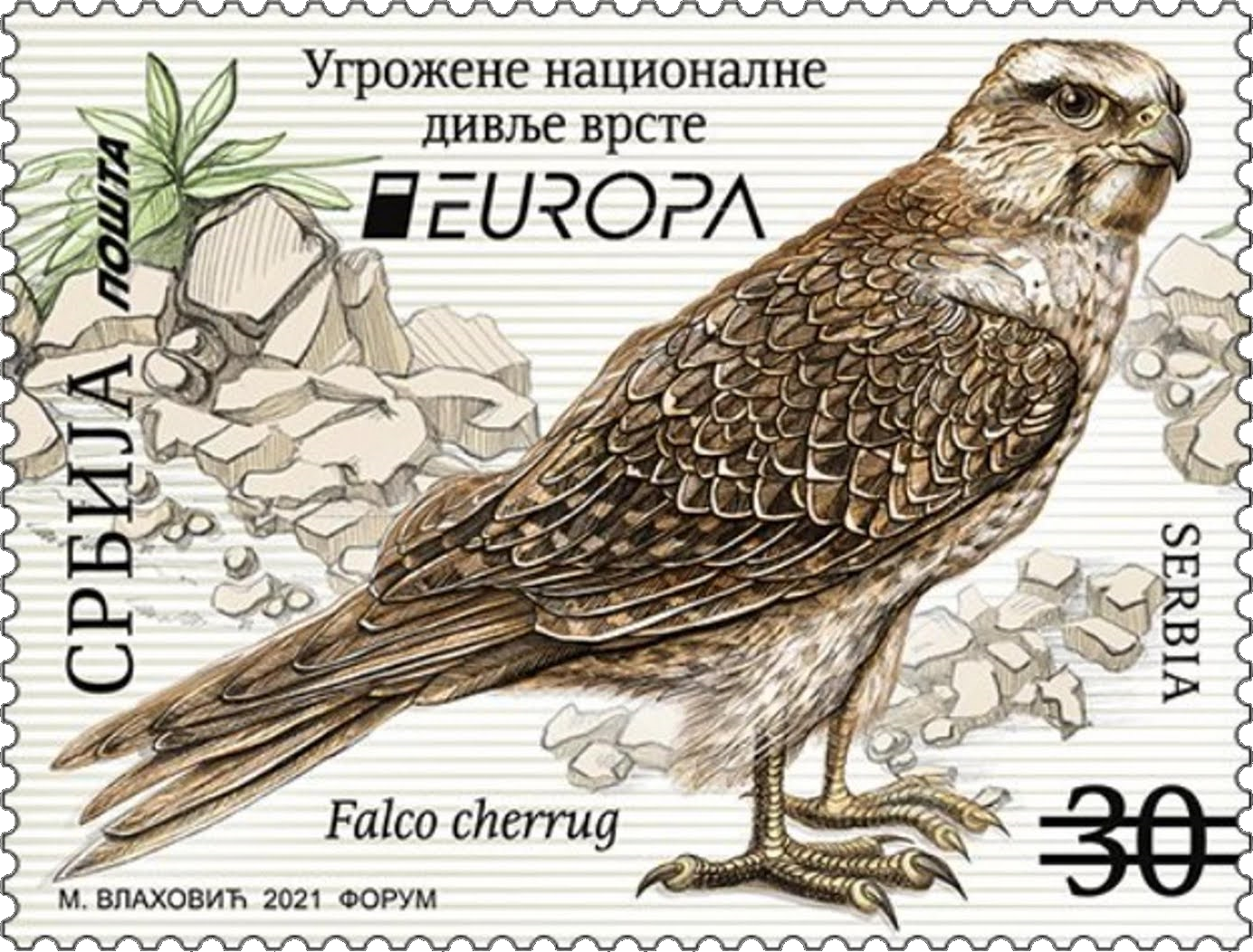 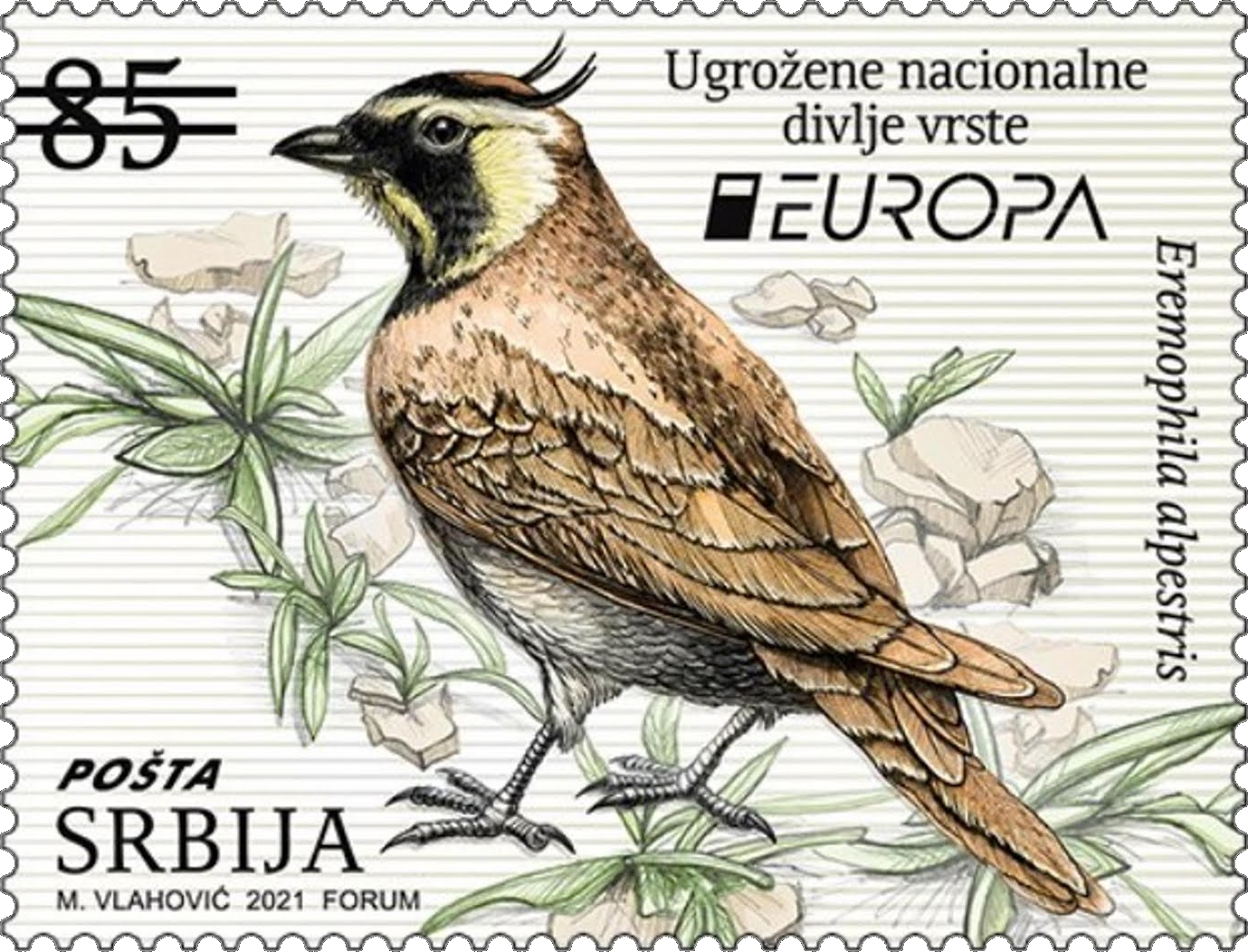 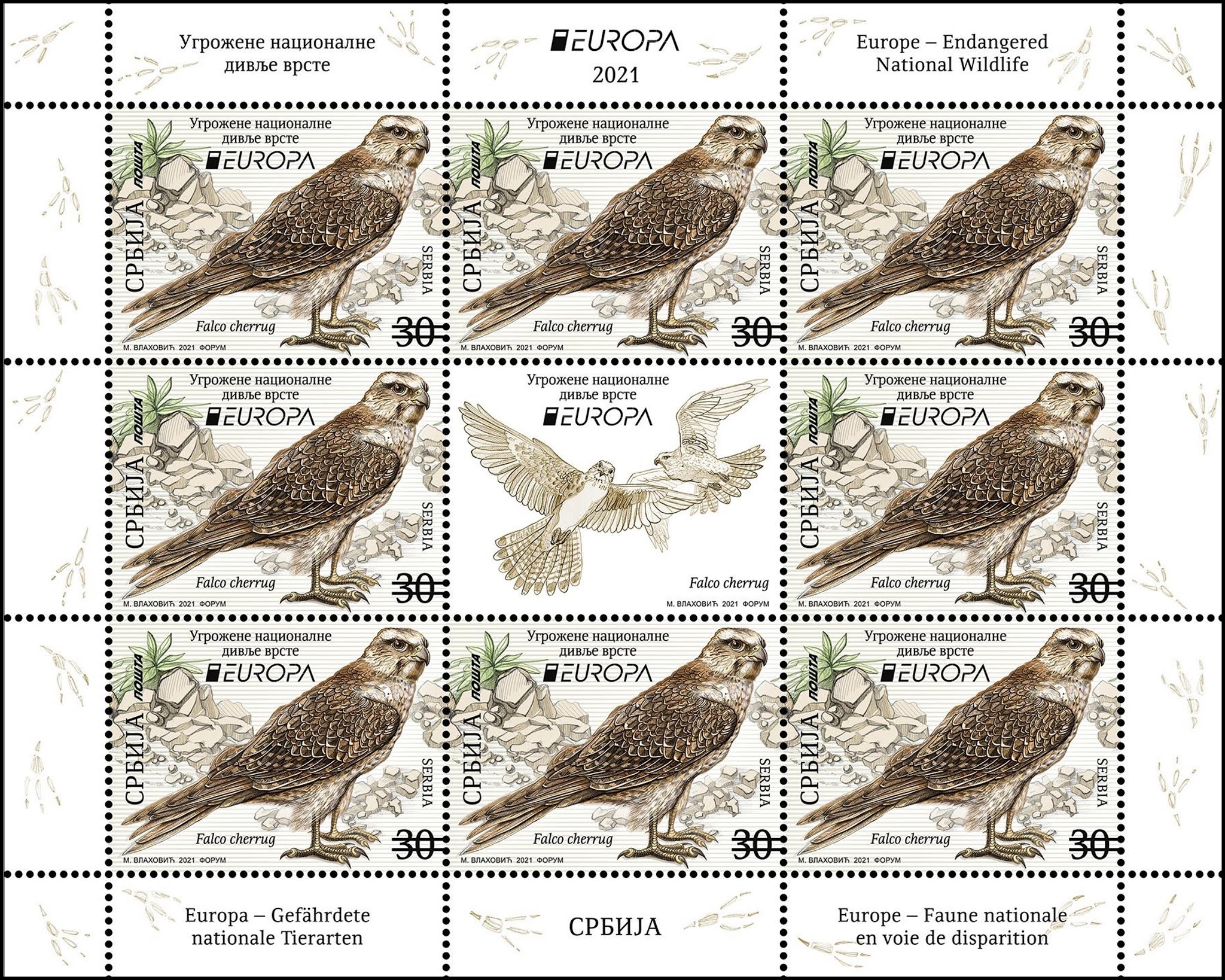 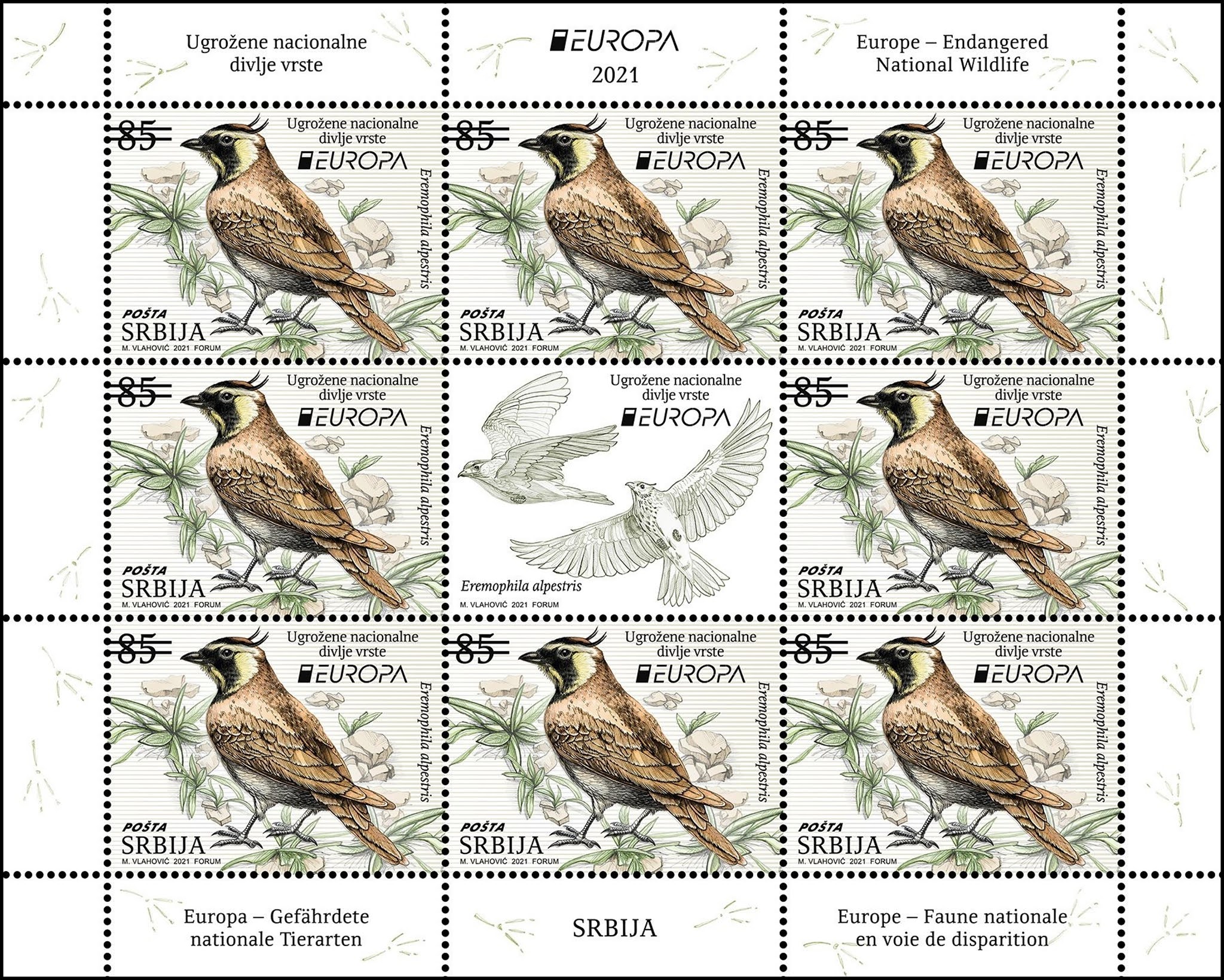 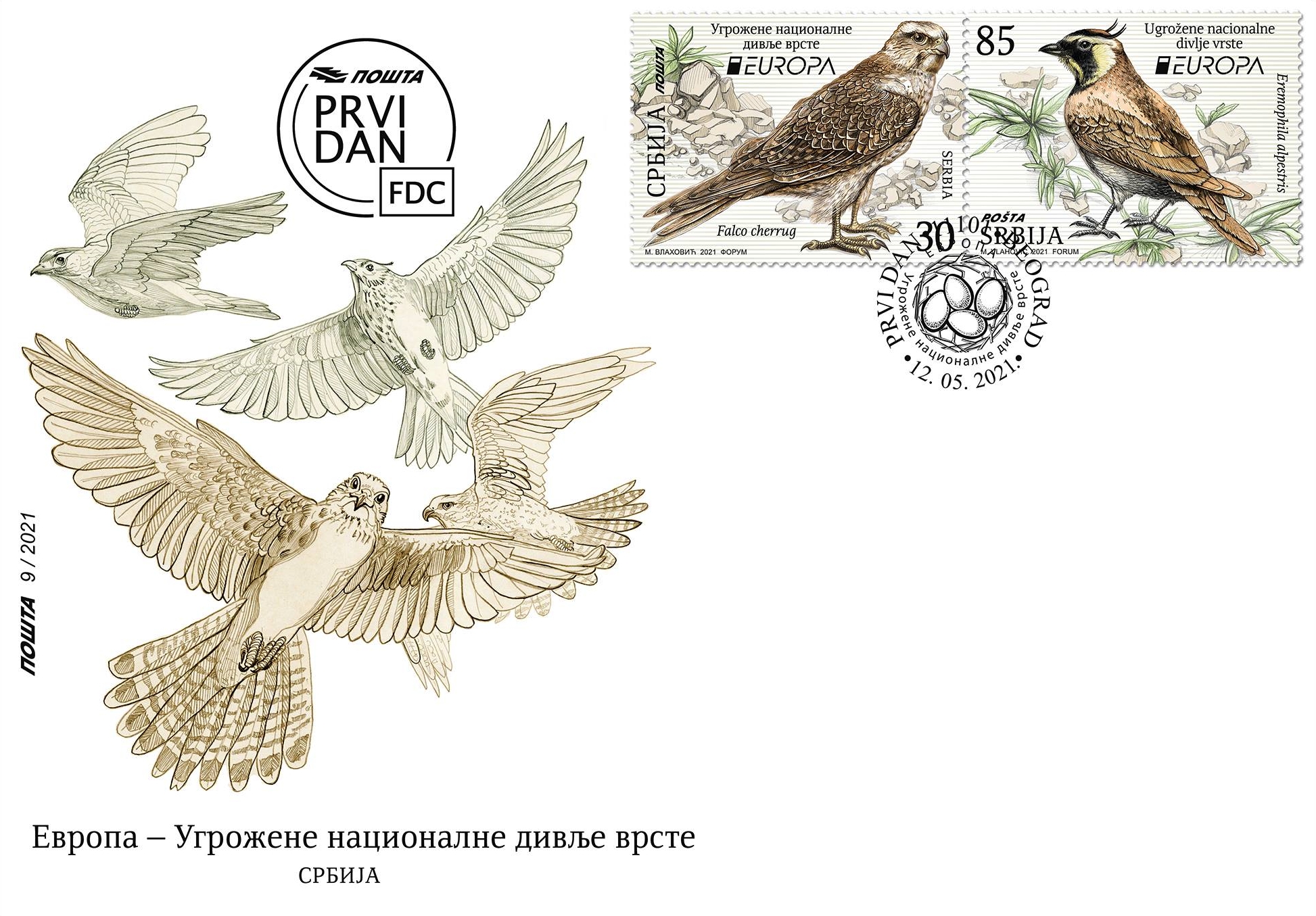 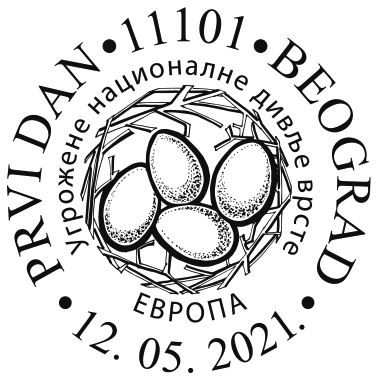 Saker Falcon – Falco cherrug
The breeding area of the saker falcon stretches from the Central Europe in the west eastwards to Manchuria in the east, across the temperate zone of Eurasia. The males and females are similar in colouration, but the females are larger and heavier. It mainly feds on rodents and birds, most often on the European ground squirrel and pigeons. The saker falcon breeds in Serbia in nests made by other birds, mainly ravens, snatched from the host during March. This species lays three to six eggs. The female lies on the eggs, but both parents look after the chicks.

The saker falcon is threatened worldwide and the fast population decline is observed everywhere, particularly in Asia where most of the population lives. The main causes of the population decline are destroying of habitats, persecution and killing. In Serbia, the saker falcon is the most significant species of globally threatened birds, with some 40 breeding pairs at the moment. It has а status of strictly protected species. The protection measures applied in Serbia include artificial nests that the saker falcon accepts readily.

Shore Lark – Eremophila alpestris
The shore lark is the only species of lark that is found in the Americas, apart from Eurasia and North Africa. The shore lark is a widespread species, but is linked to specific habitats and never frequently seen and numerous. In Serbia, this species breeds in high mountains.

The shore lark lives in grassy and rocky habitats with low vegetation cover and barren parts in the mountains. It feeds on insects and grass seeds. The sexes differ in colouration and the feather on the head, resembling “horns” that gave the bird its American name: the horned lark. The males perform their wedding flight during which they sing and attract the females. In general, the shore lark lays two to five eggs with only the female lying on them, but both parents feed the chicks.

The species is not threatened globally, but in Serbia is classified as locally threatened species. The overgrown habitats and global warming are considered the main reasons of decline in number of this species in Serbia.