Year of Science and Technology – Technical Achievements of Russia 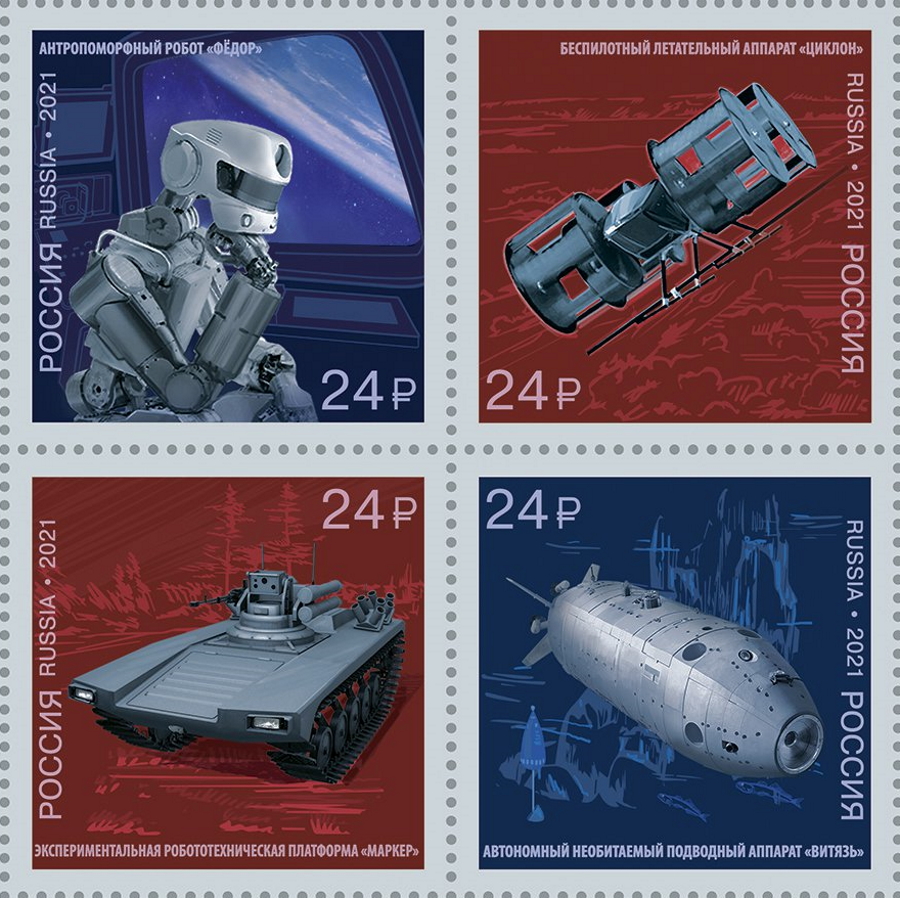 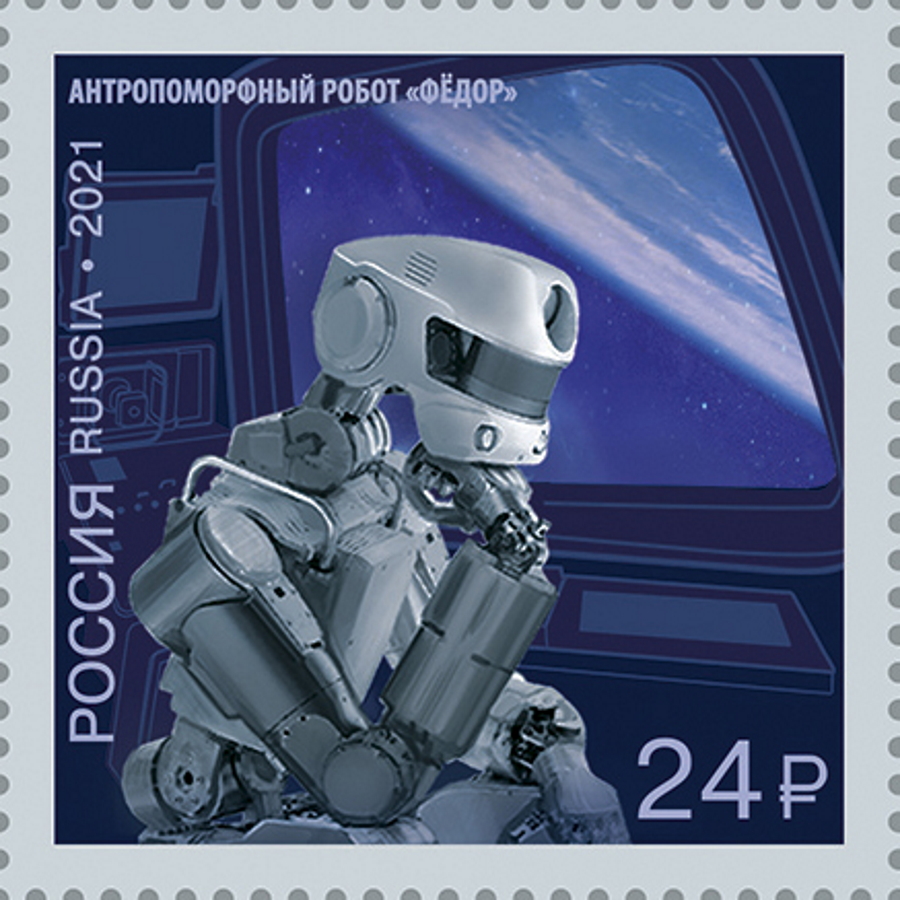 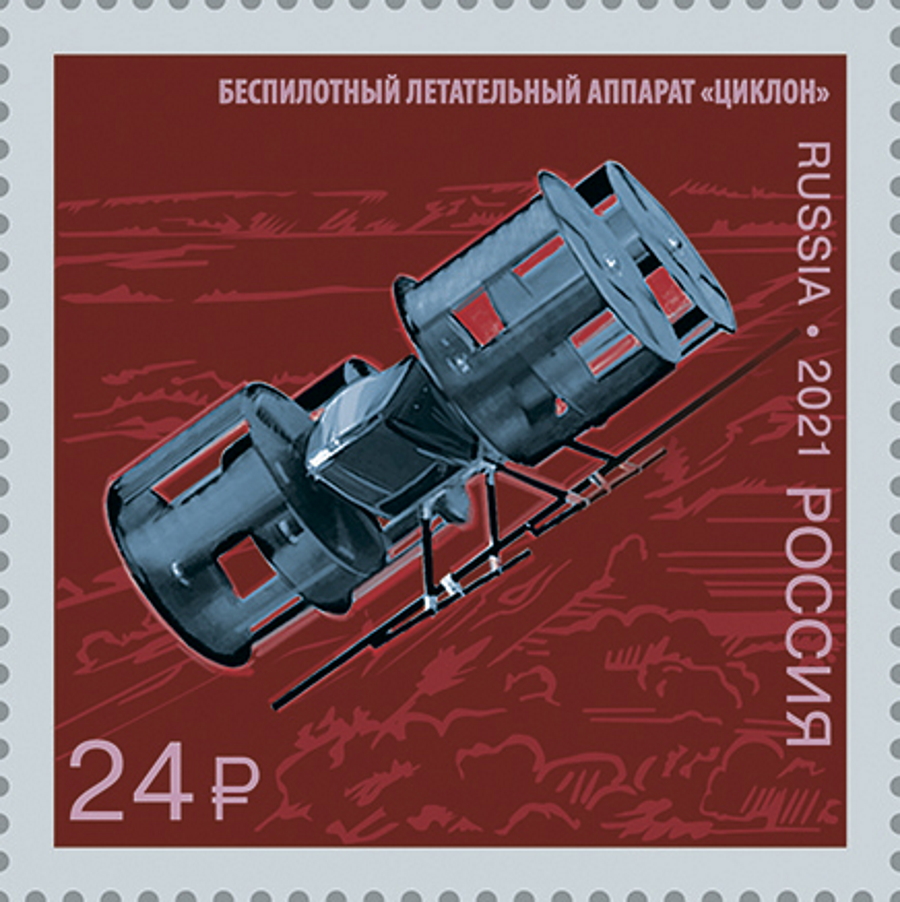 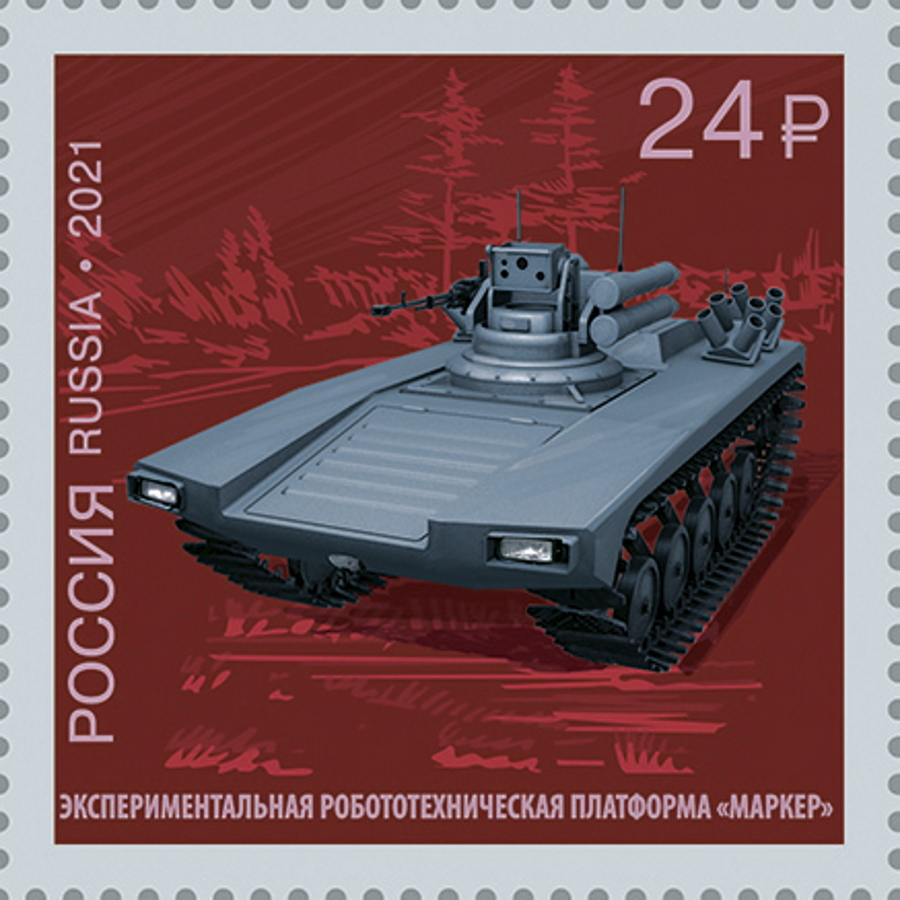 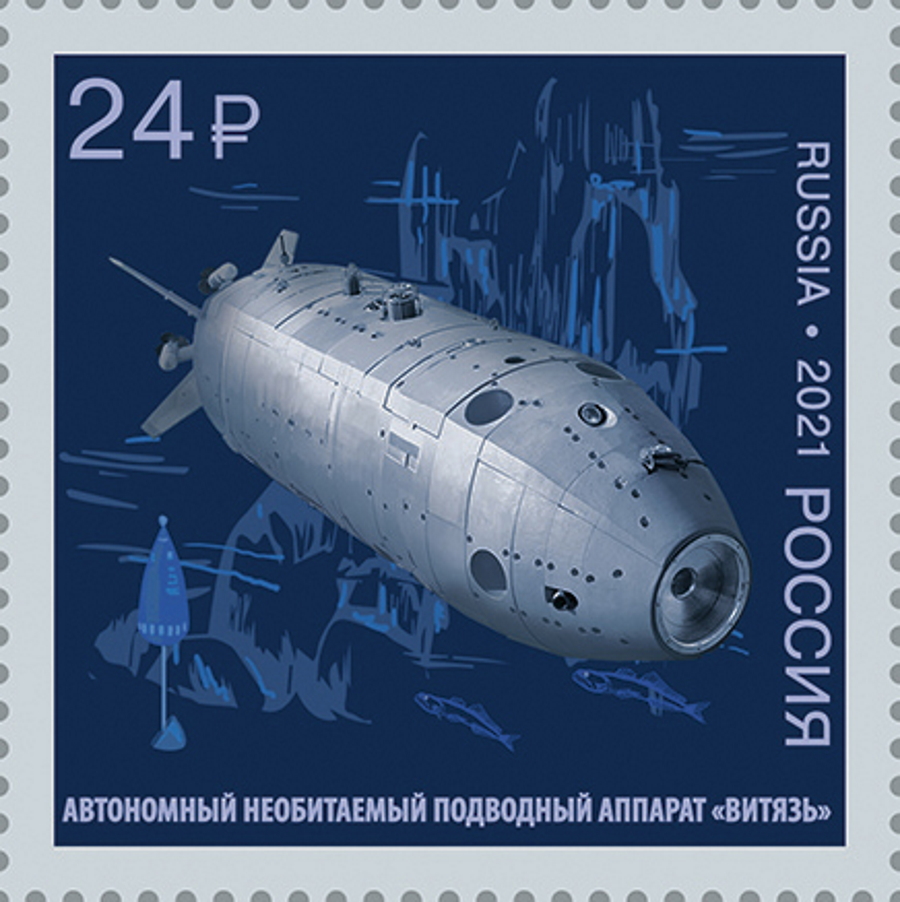 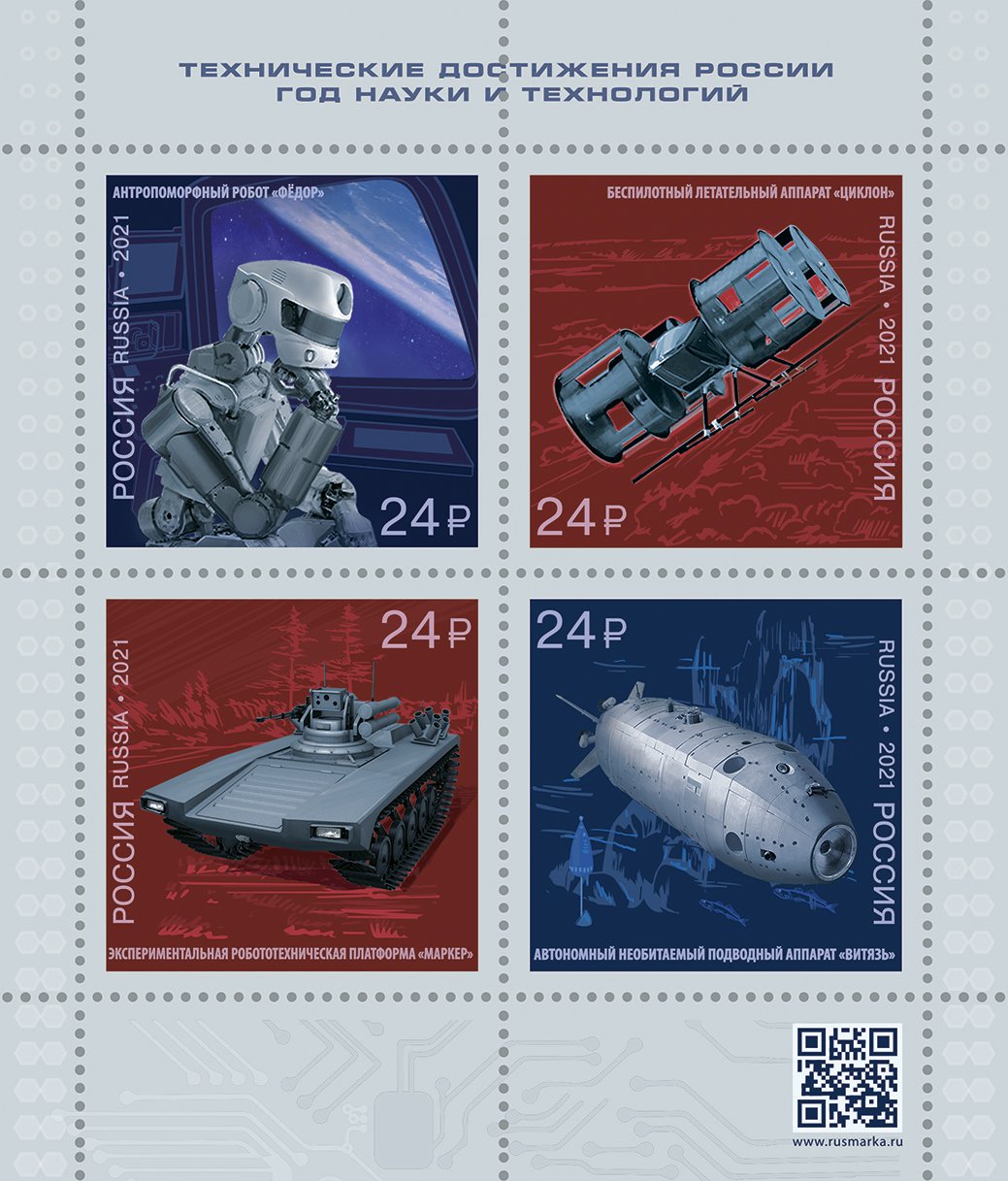 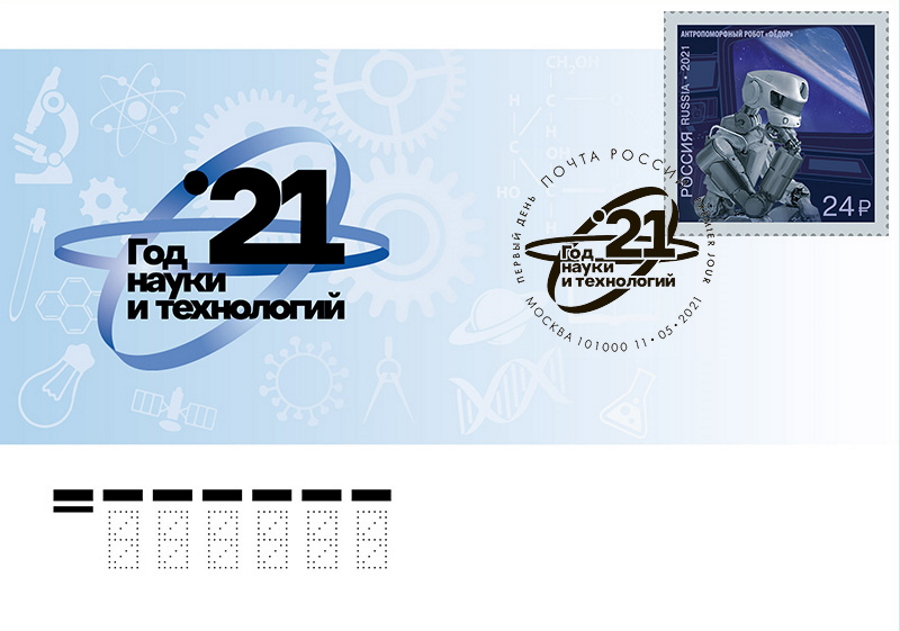 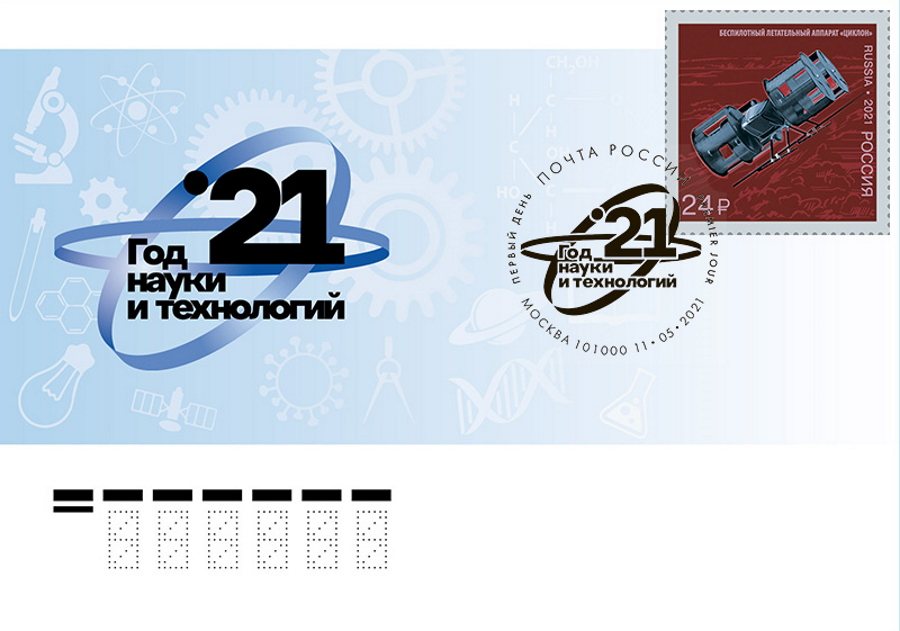 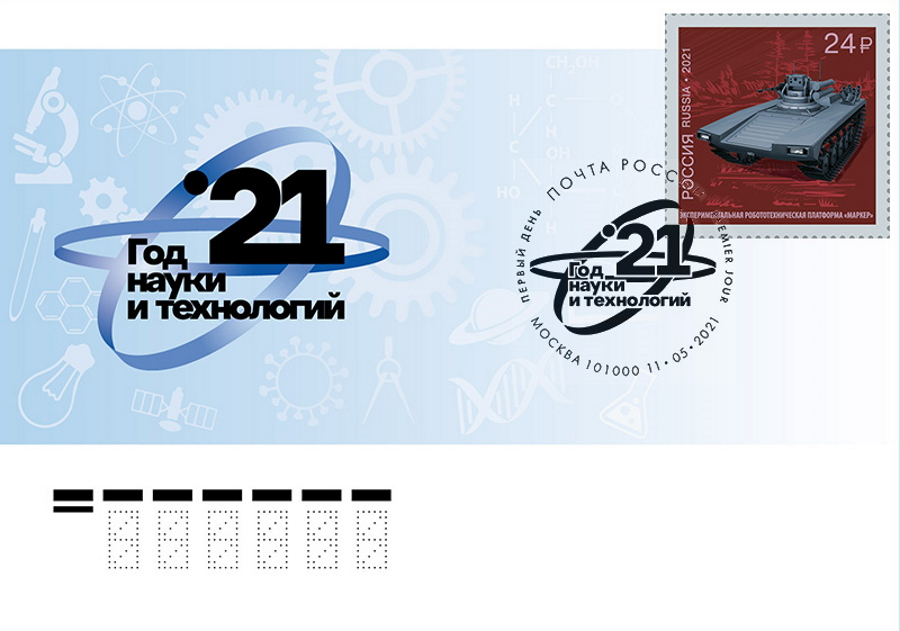 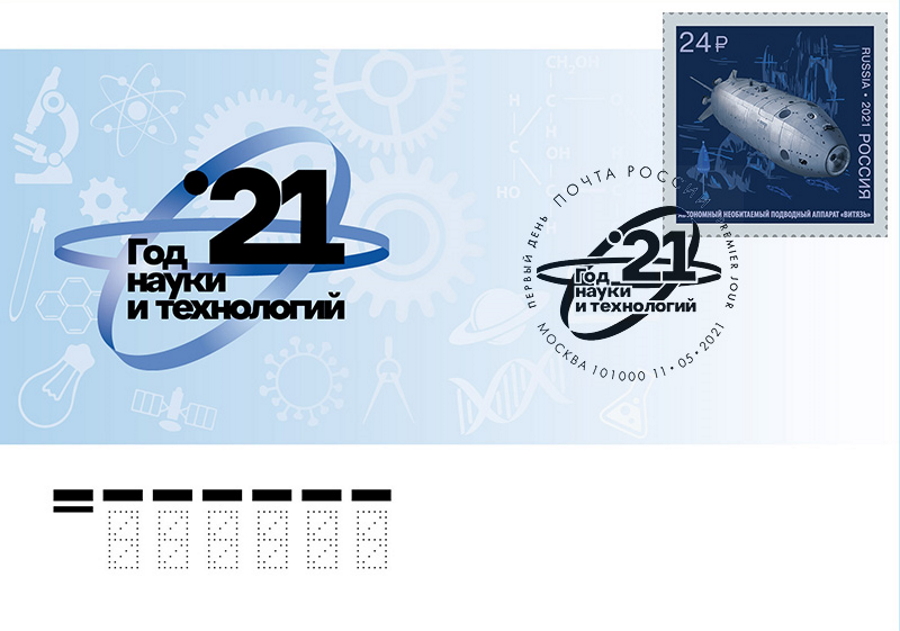 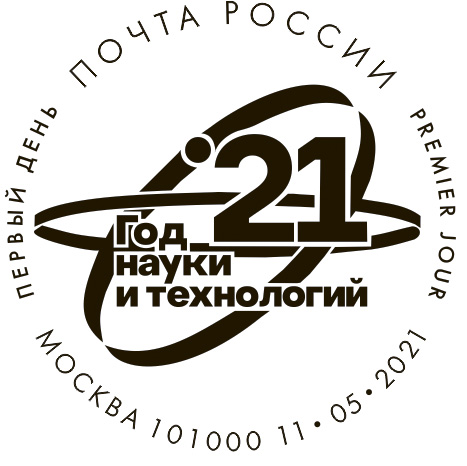 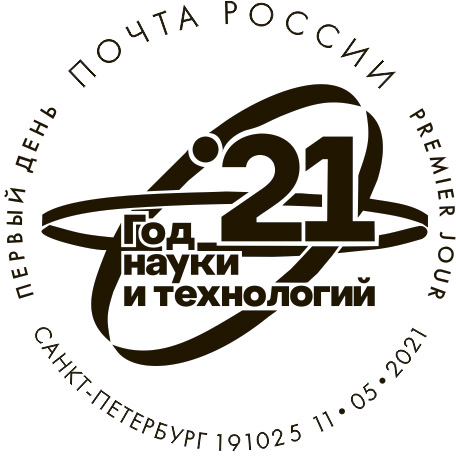 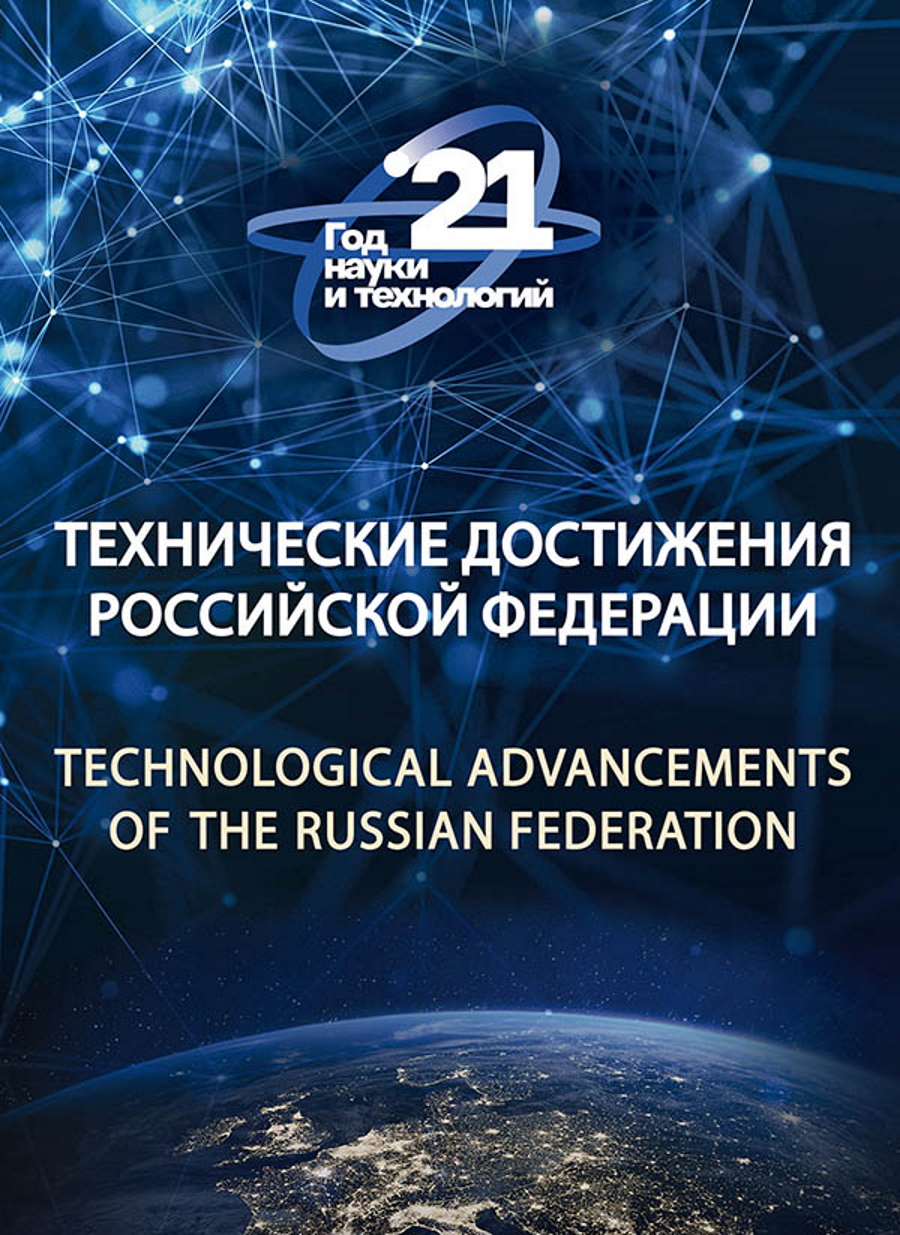 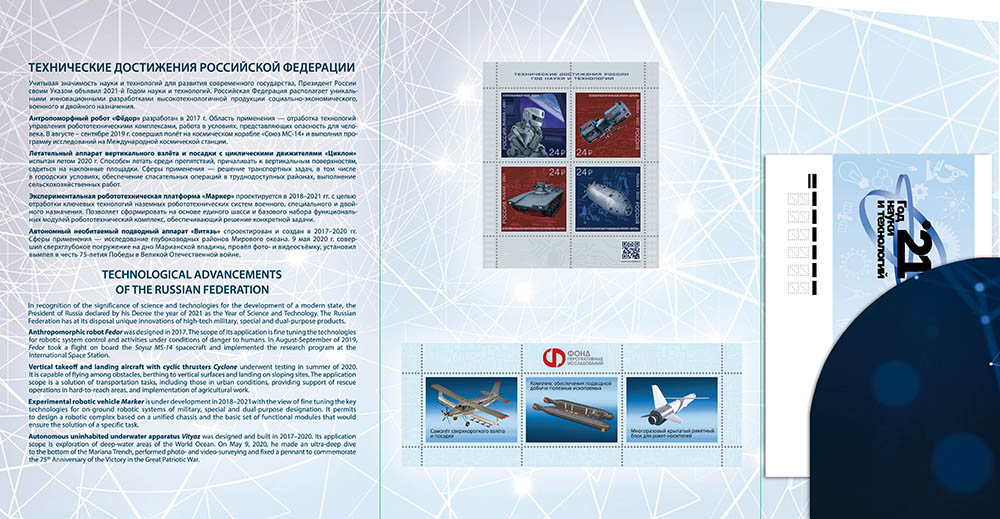 № 2763-2766. Technical achievements of Russia. Year of Science and Technology

On May 11, four stamps dedicated to the technical achievements of Russia and timed to the Year of Science and Technology were released into the mail circulation

FEDOR (Final Experimental Demonstration Object Research) (callsign Skybot F-850), an android robotic complex “Fyodor” – an anthropomorphic robot-rescue, developed by NPO Android Technology and the Advanced Research Foundation commissioned by the Russian Emergencies Ministry. The humanoid robot is equipped with a speech system capable of recognizing words and responding. The robot can work autonomously for 1 hour, as well as under the control of an operator over a long distance via satellite communication. The robot can open the door, work with a drill, sit down, drive a car and an ATV in autonomous mode, go through the “snake” maze, and climb stairs. On August 22, 2019, FEDOR flew to the International Space Station on the Soyuz MS-14 spacecraft in the pilot’s center seat.

The Cyclone project is the general name for vertical take-off cycloplanes. It was developed by the Advanced Research Fund (FPI) together with the Institute of Thermophysics of the SB RAS and the research and production enterprise “Autonomous Aerospace Systems”. An unmanned aerial vehicle (UAV) of the Cyclone project is capable of transporting up to 20 kilograms without being noticed. The apparatus with a very extreme weight statement is made of carbon fiber. The cyclolet has a hybrid power plant: a gasoline engine with a generator, electric motors with batteries.

The experimental robotic platform “Marker” is a joint project of the National Center for the Development of Technologies and Basic Elements of Robotics FPI and NPO Android Technology. The Marker platform can be based both on a tracked chassis and on a wheeled chassis, it has a modular architecture. Armament – 7.62-mm machine gun and two anti-tank guided missiles. “Marker” can work in tandem with a soldier, receiving target designation from the sight of his weapon, or be controlled remotely.

Vityaz is a Russian autonomous unmanned underwater vehicle. On May 8, 2020, he reached the bottom of the Mariana Trench, recording a depth of 10,028 meters. During this dive, the device was at the bottom for more than 3 hours, where it mapped the surface, photo and video of the seabed, obtained the parameters of the marine environment and installed a pennant at the bottom of the Mariana Trench in honor of the 75th anniversary of the Victory in the Great Patriotic War.

In addition to the issue of postage stamps, first day envelopes were issued and special cancellation stamps were made for Moscow, St. Petersburg, Novosibirsk, Krasnoyarsk and Chelyabinsk.

You can purchase the issue in the “Collector” salon network and in our online store.