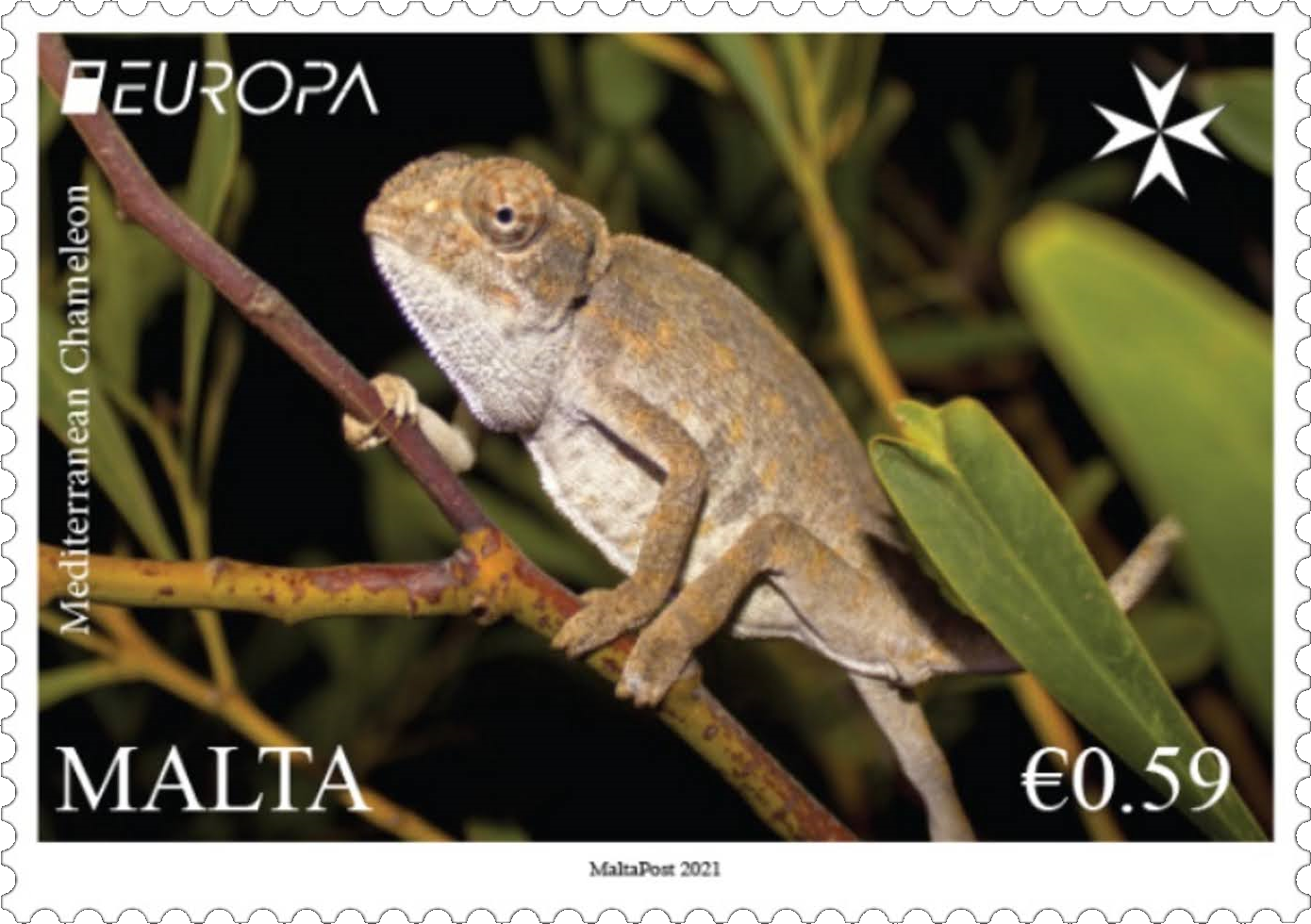 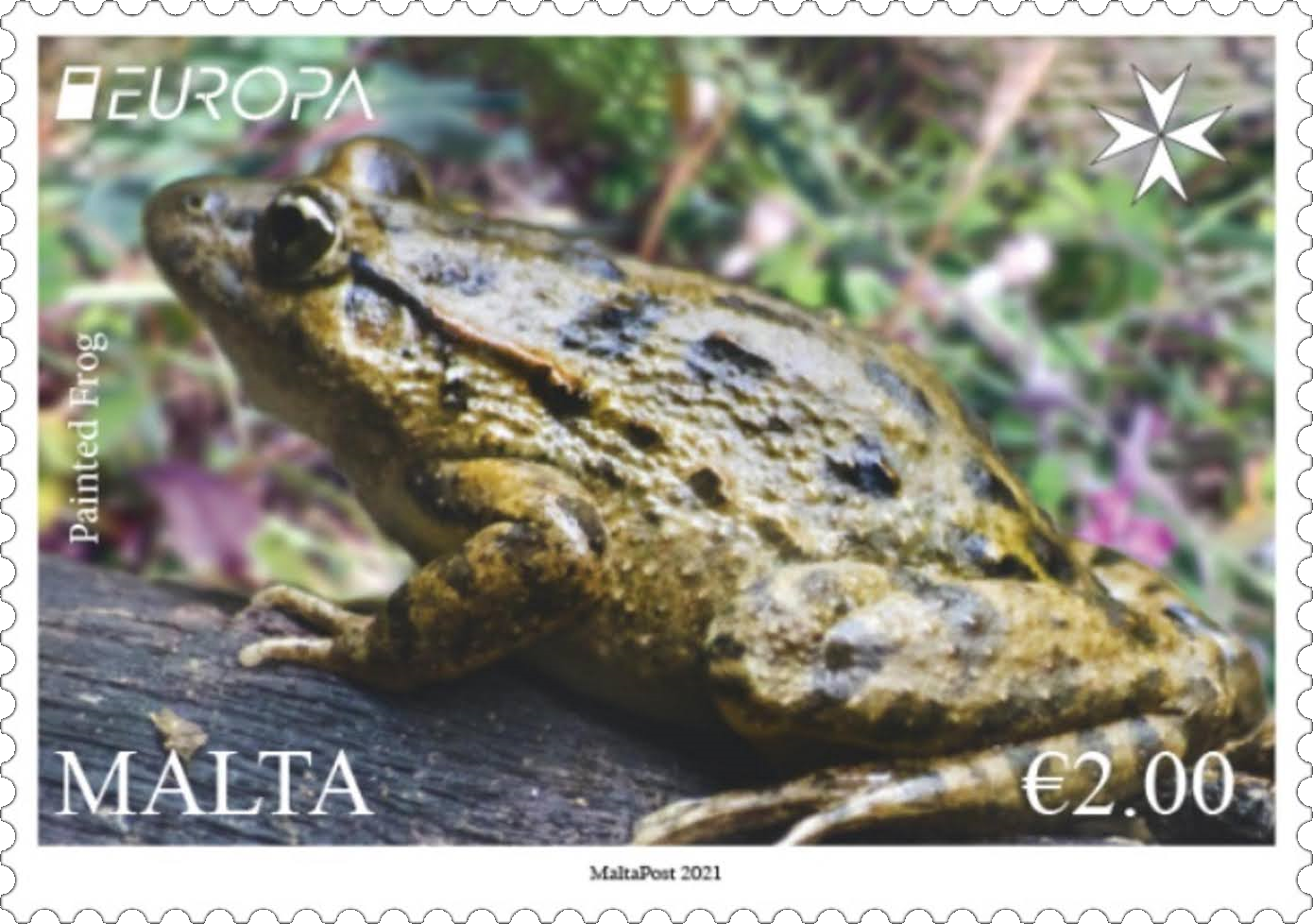 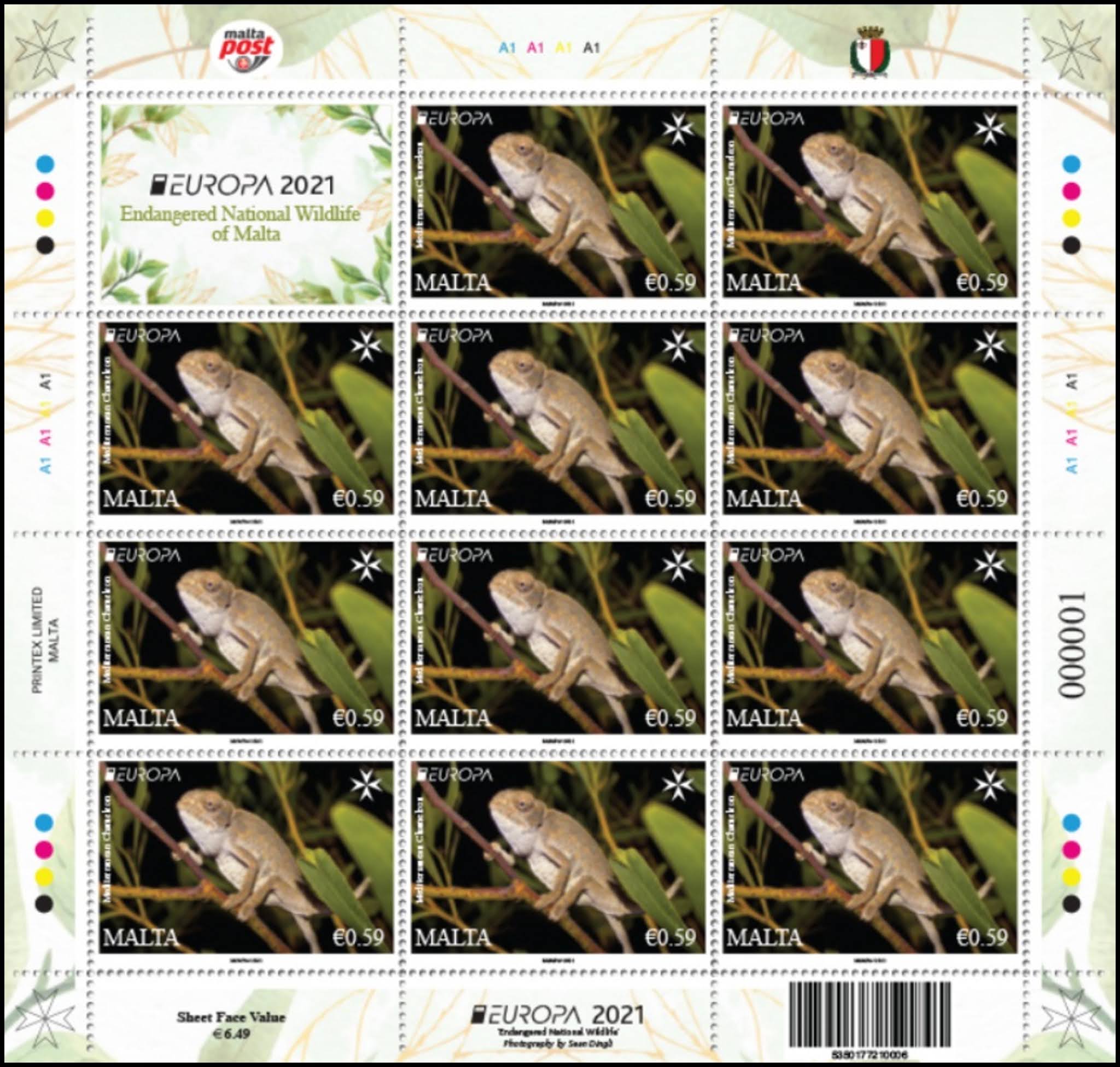 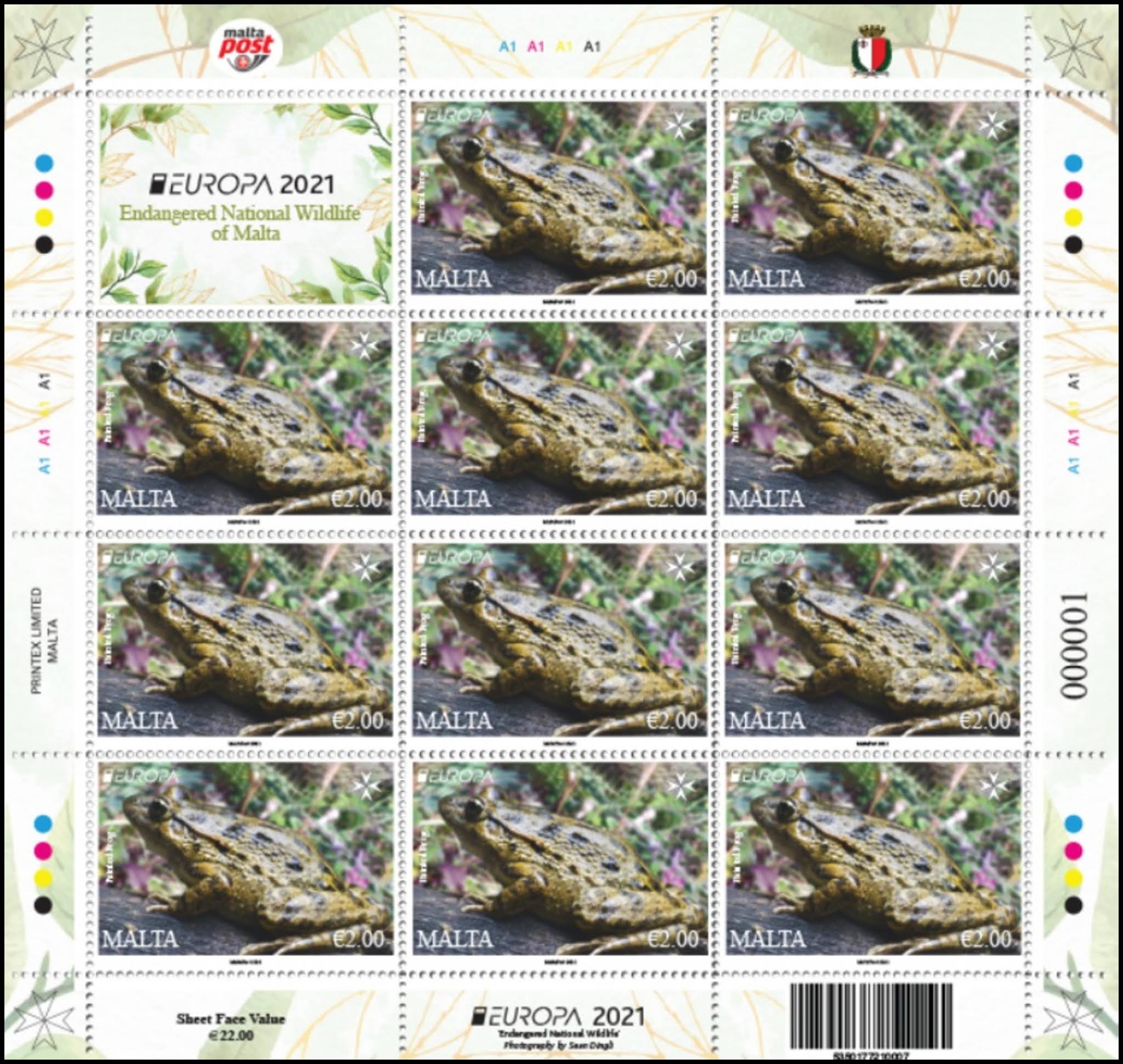 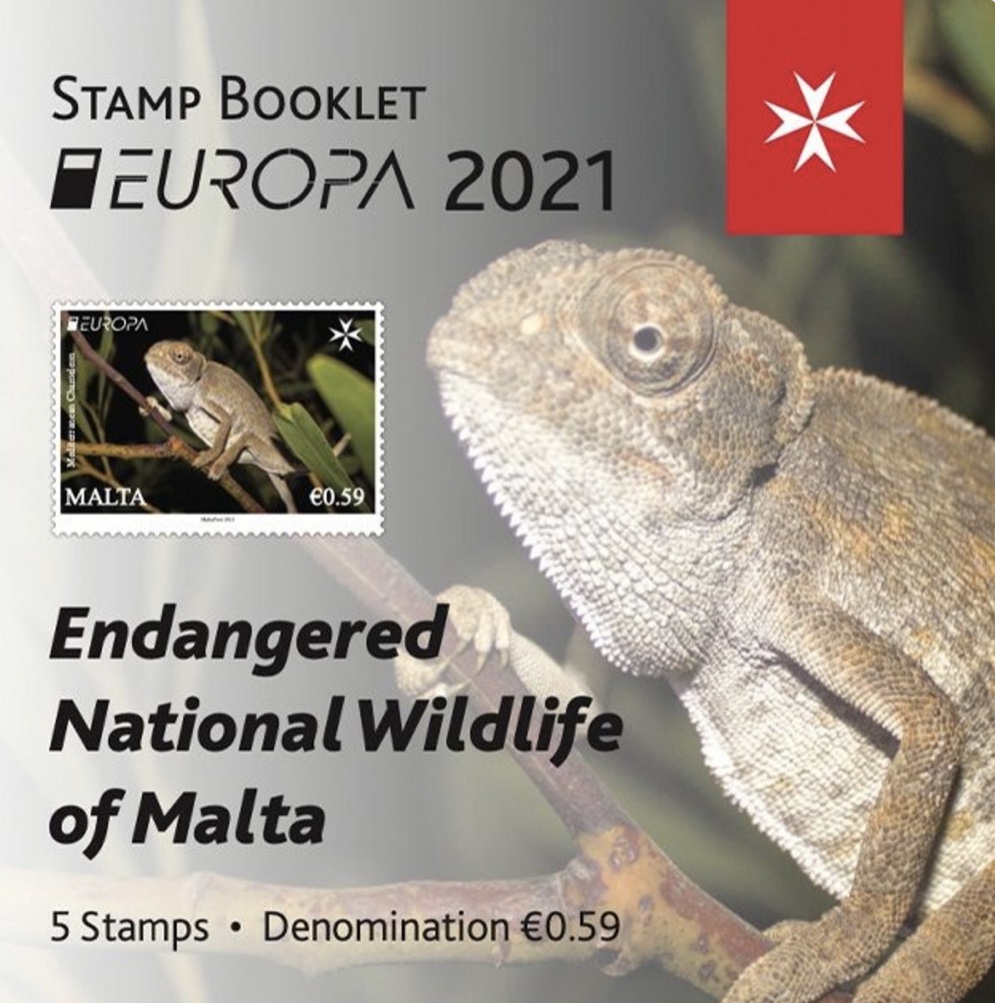 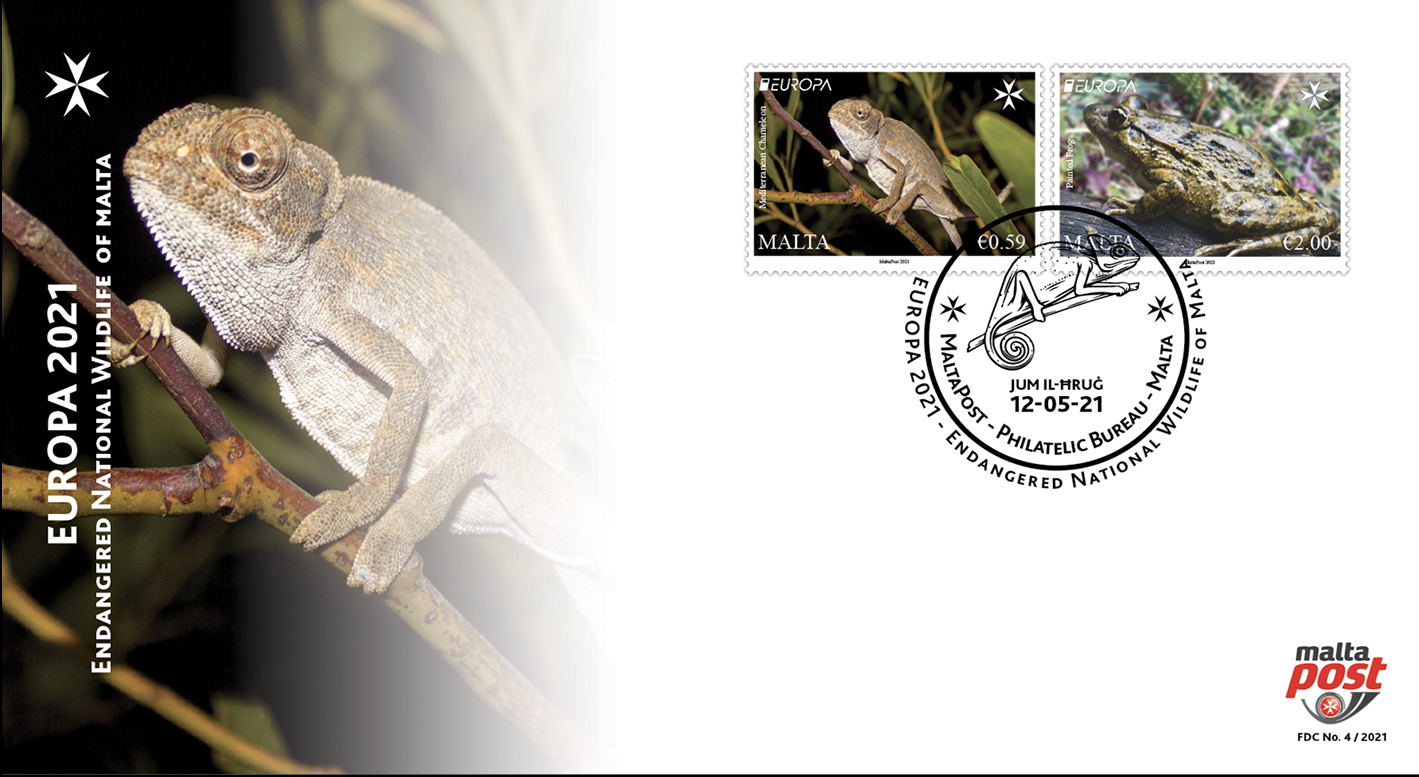 Since 1993, PostEurop, the association that represents European public postal operators, became responsible for annually issuing stamps under a common theme bearing the “EUROPA’ title. This year, the theme chosen is ‘Endangered National Wildlife’.

The MaltaPost issue consists of two stamps featuring the Mediterranean Chameleon and the Painted Frog by photographer Sean Dingli.

The Mediterranean Chameleon
Chameleons are known for their ability to change their skin colour and shooting their tongue to capture insects. There are around 85 species of chameleons around the world. Most of these species may be found in Africa and Madagascar. In Malta, we have one species, known as the Mediterranean Chameleon with a skin colour varying between yellow and brown through green to a dark brown. Chameleons maintain their territory on trees and live a solitary lifestyle.

Chameleons are not endemic to Malta, and they are thought to have been brought from North Africa by Jesuit priests in the 19th century and released in St Ignatius College in St. Julian’s. The Mediterranean Chameleon has managed to gain a foothold and survive here and nowadays may be found all over the Maltese Islands.

The Painted Frog
The species found in Malta is known as the Painted Frog, a dark olive-green coloured species with a whitish belly. Frogs are typically sighted in open spaces such as Buskett woodland (Wied il-Luq), Chadwick Lakes (Wied il-Qlejgha) and at times also in open fields. Frogs are amphibians since they start their lives in water and eventually may also live on land. They mainly feed on worms and insects.

The Painted Frog is endemic to Malta and can survive the harshest summers and droughts by hiding and hibernating in shady and more humid places usually buried deep into soil, cracks and rubble. A decline in its population has been observed throughout the years due to the limited countryside in Malta. This species of frog is strictly protected by national legislation.