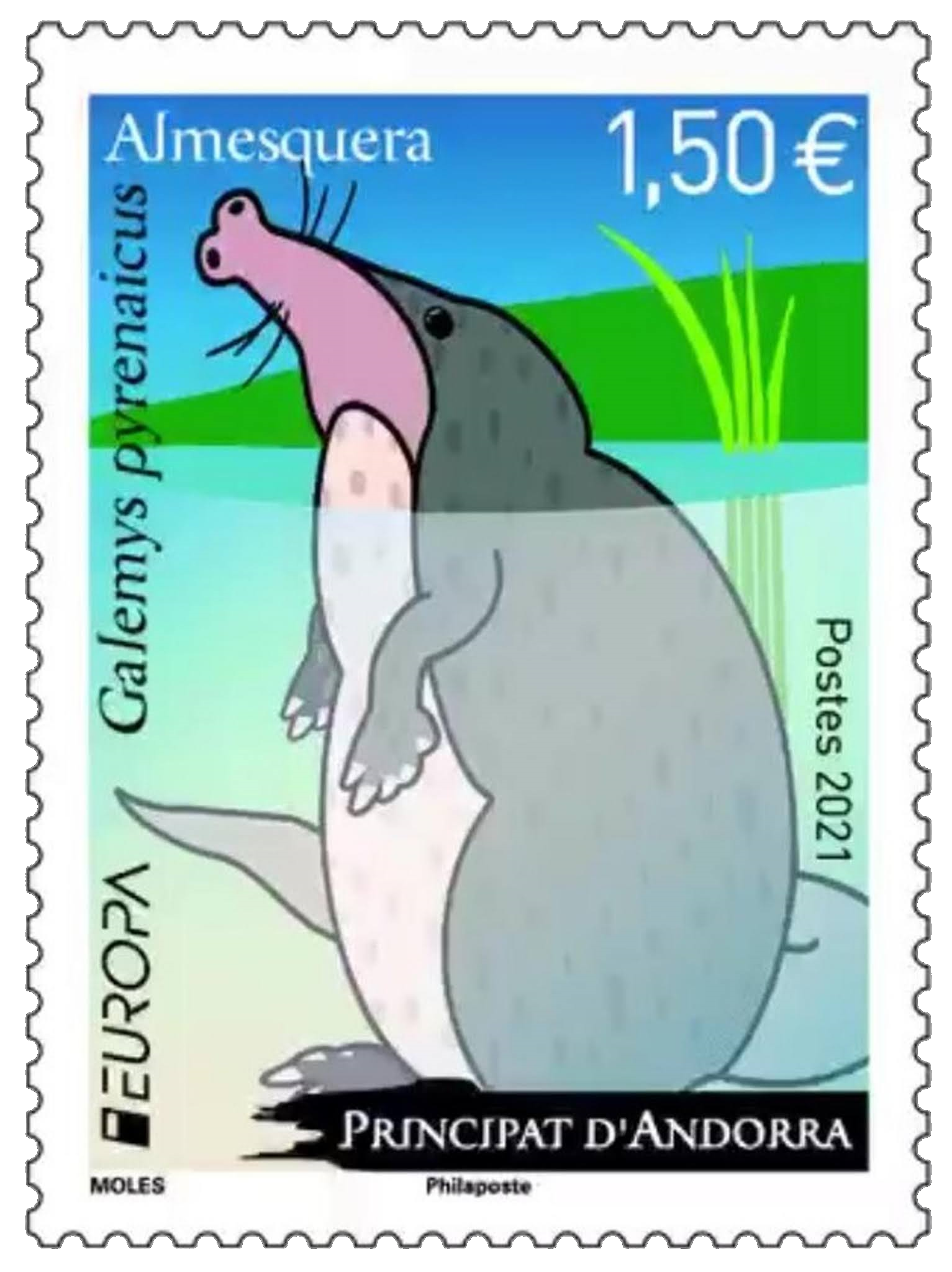 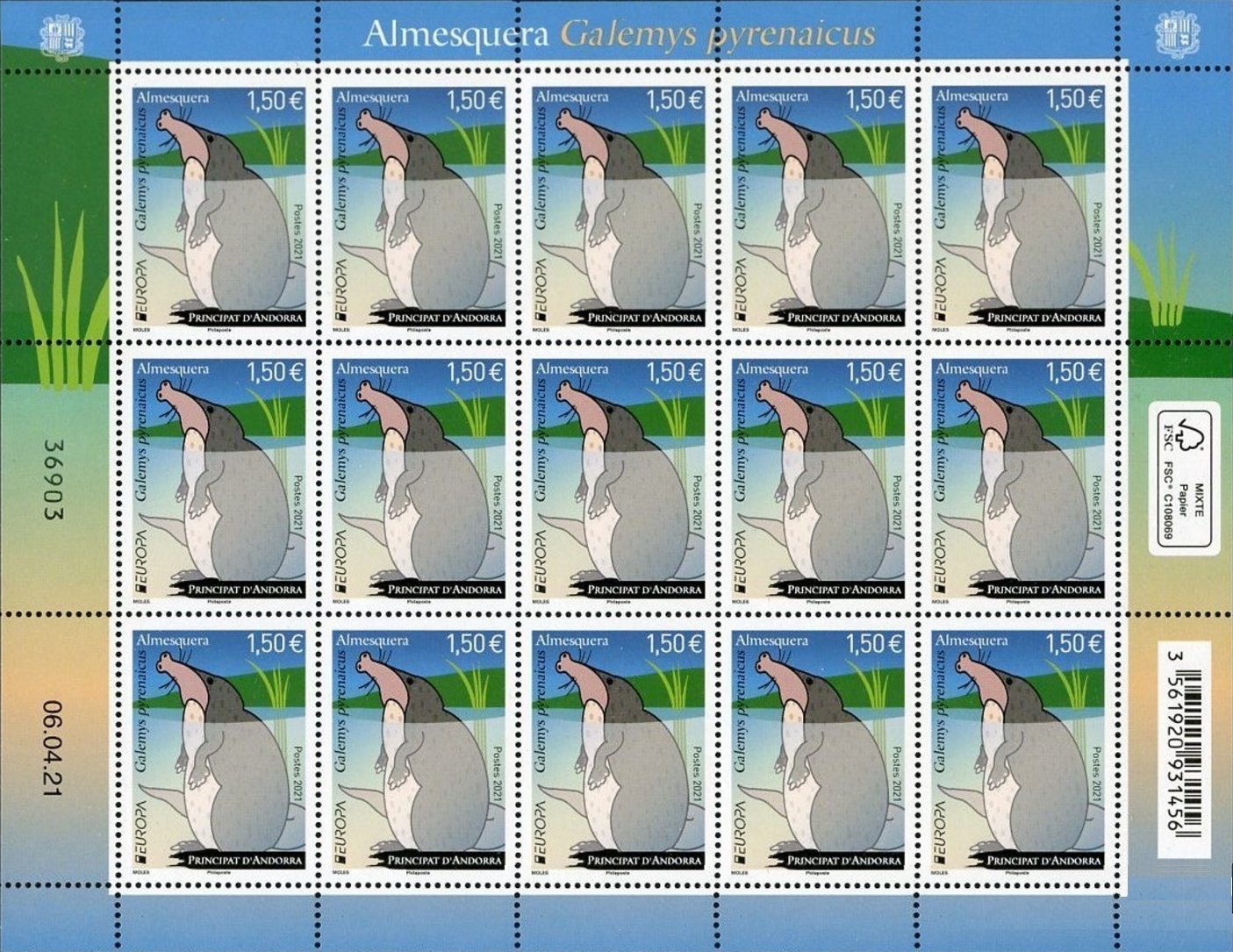 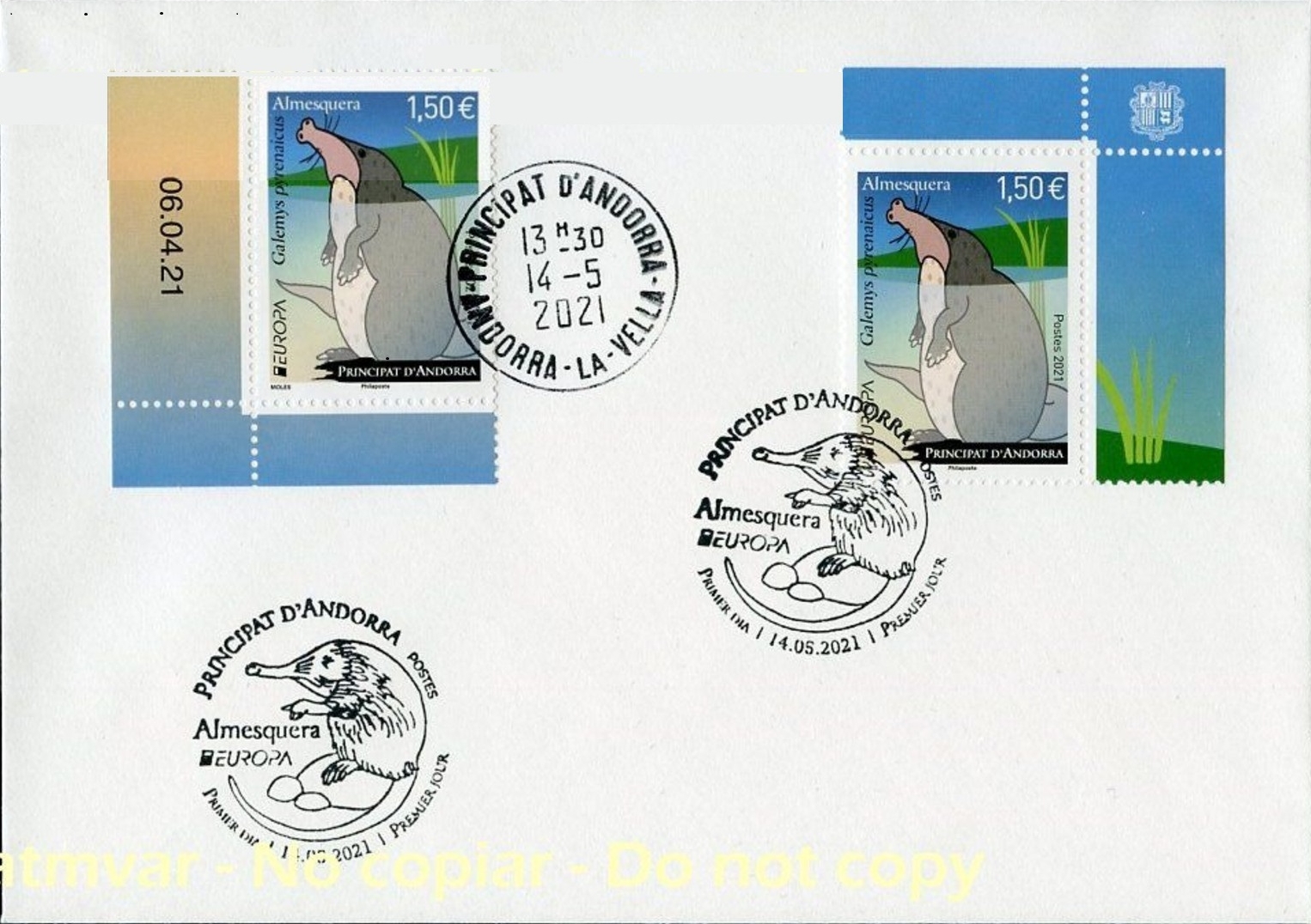 The trumpet rat, or Desman of the Pyrenees, (Galemys pyrenaicus) is a small mammal of the talpid family. It lives in clean, cool and strong streams, especially with rocky canals. It feeds mainly on aquatic invertebrates that it catches between rocks. Its energy demand is high, which is why it needs preserved rivers that maintain a good flow and availability of invertebrates throughout the year. Good river vegetation and numerous natural cavities on the banks are also needed to find shelter. It is endemic to the northern half of the Iberian Peninsula, where it is generally attached to mountain areas, and in some areas of Atlantic climate; it is also found at low altitudes. In most of its range, it has experienced a marked decline in recent decades. Considered a critically endangered species, there are now only 2 muskrat outbreaks in Andorra, in the Os and Madriu rivers.

The Customer is informed that he has a legal period of 14 days from the date of receipt of his order to withdraw by contacting customer service by the “Help and Contact” section on the Site or by sending the withdrawal form listed in Appendix 1 of the CGV by mail: Internet Customer Service – La Boutique – 99 9999 La Poste Cedex 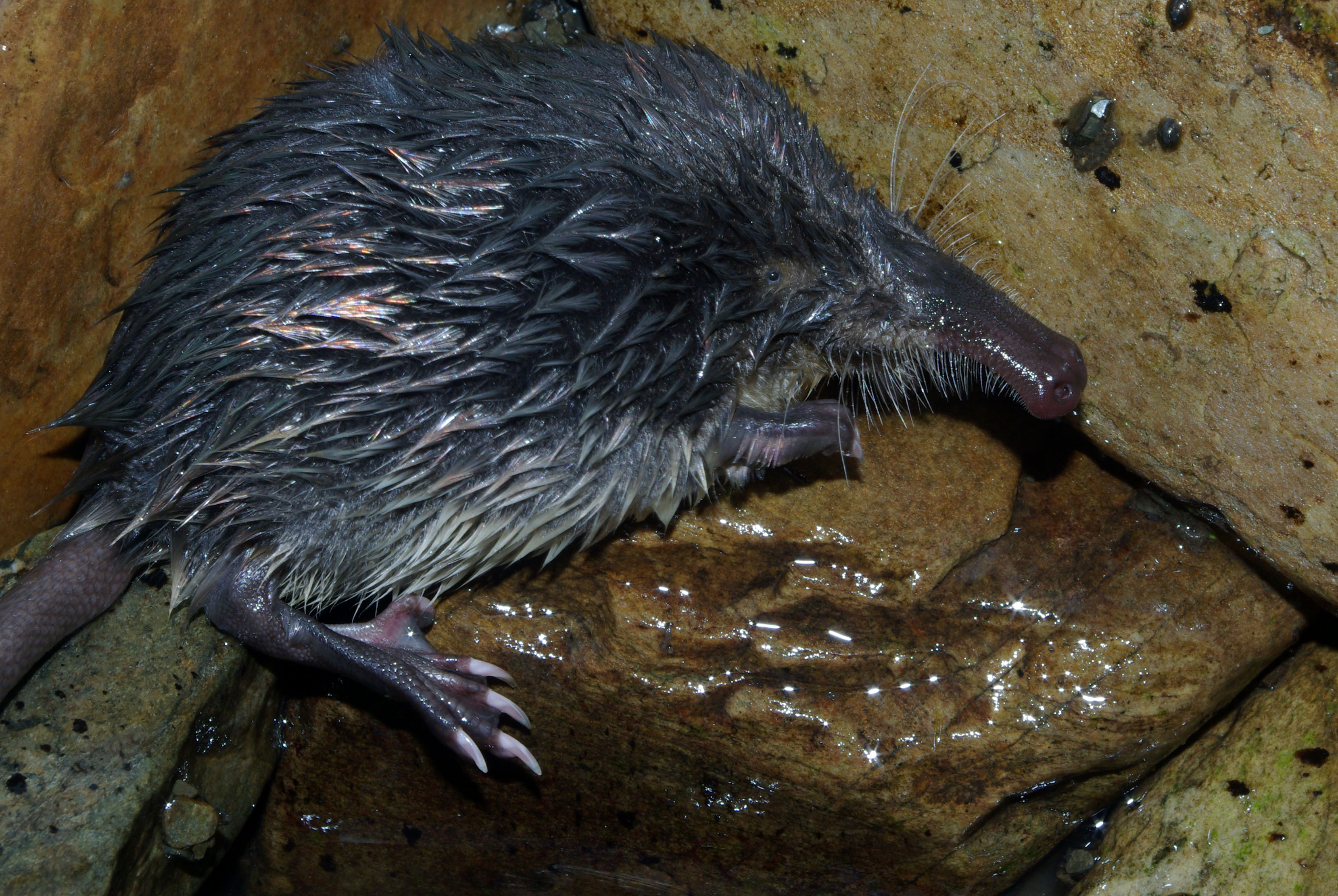 The Pyrenean desman (Galemys pyrenaicus) is a small semiaquatic, globally threatened mammal related to moles and shrews, and, along with the Russian desman (Desmana moschata), is one of the two extant members of the tribe Desmanini. The species occurs in north and central parts of Spain and Portugal, French Pyrenees, and Andorra but severe range contractions have been documented across its geographic distribution.

The Pyrenean desman is 11 to 14 cm (4.3 to 5.5 in) long with a rounded scale-covered tail of 12 to 16 cm (4.7 to 6.3 in), and weighs 35 to 80 g (1.2 to 2.8 oz). Pyrenean desmans have a long, sensitive nasal trompe provided with hypertrophic vibrissae and chemo-/mechanosensitive Eimer’s organs helping prey detection, and large webbed feet with fringed hairs to increase the swimming surface, and can close off their nostrils and ears to stop water penetration.

The desman’s body is covered in dark, brownish fur, with the exception of its tail and nose. The nose is black and is covered in vibrissae (facial hairs), which it uses to feel the movement of prey as it sticks its nose into mud or crevices while searching for food. The Pyrenean desman can live at least 3.5 years. The animals are mostly nocturnal, and eat small invertebrates, mostly aquatic macroinvertebrates. They breed up to three times a year, with the period of gestation lasting around thirty days.

Three to four young are born in each litter. The males have a slightly larger territory than the female. Both males and females scent mark. They are thought to be aggressive towards other adult members of the species.

Pyrenean desmans are proficient swimmers, suited to their aquatic habitat, although their claws also allow them to be good at climbing. They mostly occur in fast-flowing, mountaineous rivers with shallow waters and good riparian galleries. The habitat of the Pyrenean desman is under threat, and recent studies have shown dramatic declines in species occurrence in several parts of its range in the last few decades