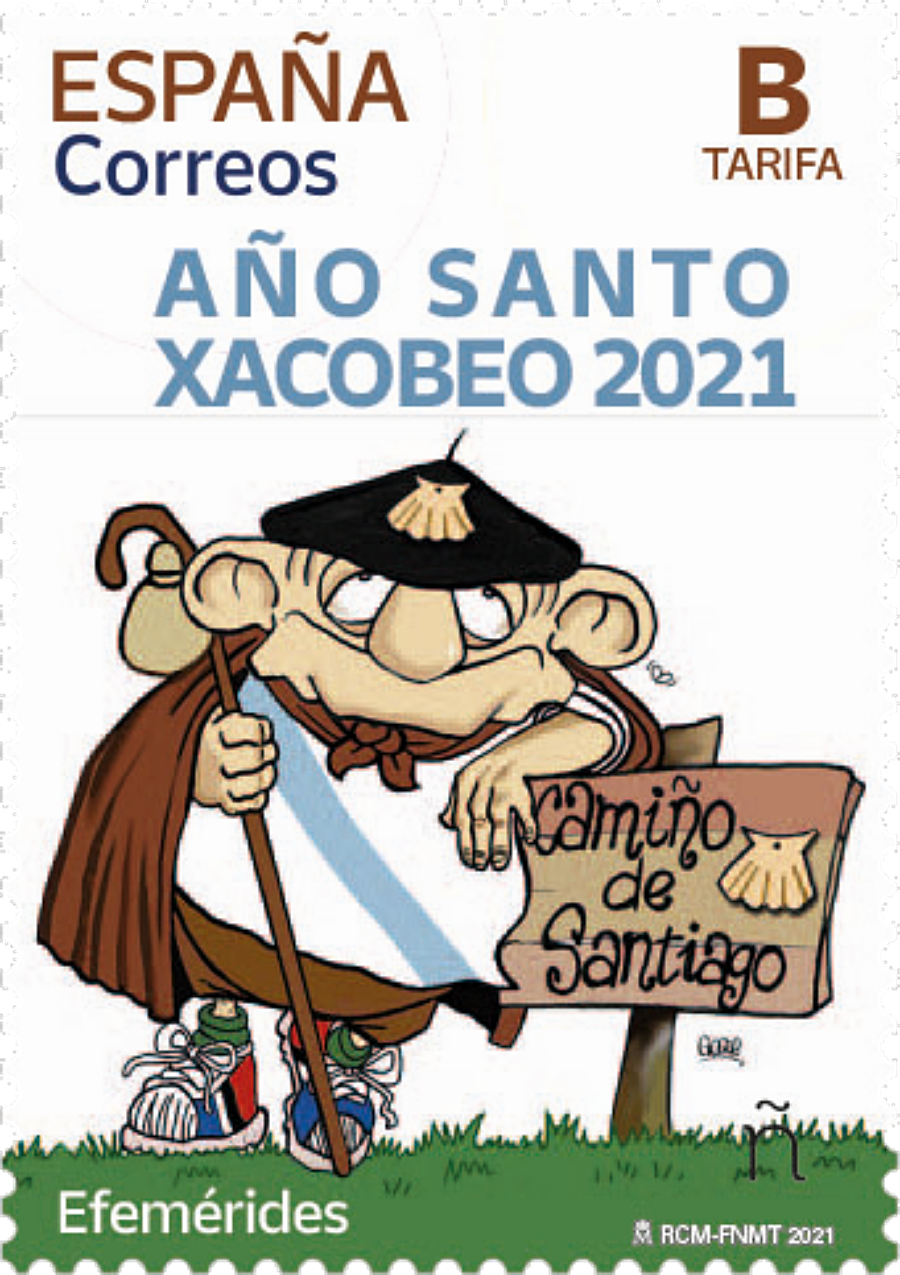 The image of Floreano, the mythical character born of the pen of the cartoonist Gogue, dressed with the pilgrim’s cape, the rim and the pumpkin, supported by a sign indicating the Camino de Santiago, is the protagonist of this stamp that adds to the celebration of the Holy Year.

Floreano emerged from Gogue’s imagination more than 30 years ago, and since then, has become one of the most popular characters in the Galician press, appearing every day in the newspaper Faro de Vigo.

Graphic comedian José Angel Rodríguez López, better known as Gogue, has been collaborating for more than three decades with various national and international media outlets and has published several compilation books of his works.

The Xacobeo, also known as the Jacobean Year, Holy Year or Jubilee Year, is only celebrated when the feast of the Apostle James on July 25 falls on Sunday. This coincidence occurs in a different range of years, every 5 or 6 years, and sometimes you have to wait up to 11 years to live the Holy Year.

On this occasion, pilgrims are allowed to visit the Tomb of the Apostle in the Cathedral of Santiago, obtain plenary indulgence or forgiveness of all sins. The Catholic Church calls it winning the Jubilee, something that can only be done in five cities of the world: Compostela, Rome, Jerusalem, Santo Toribio and Caravaca de la Cruz.

The Holy Year Compostela does not have its own rites. The best known is the opening of the Holy Door, at which point the Jubilee Year officially begins. With a silver hammer, the archbishop hits three times the wall that obscures the Holy Door as a symbol of the hardness of the Way that leads there.

After this ritual, ask the Apostle for permission to enter and then the wall is torn down. The Holy Door is open for the next 12 months.

Correos, Filatelia and the Camino de Santiago have been closely related for years.