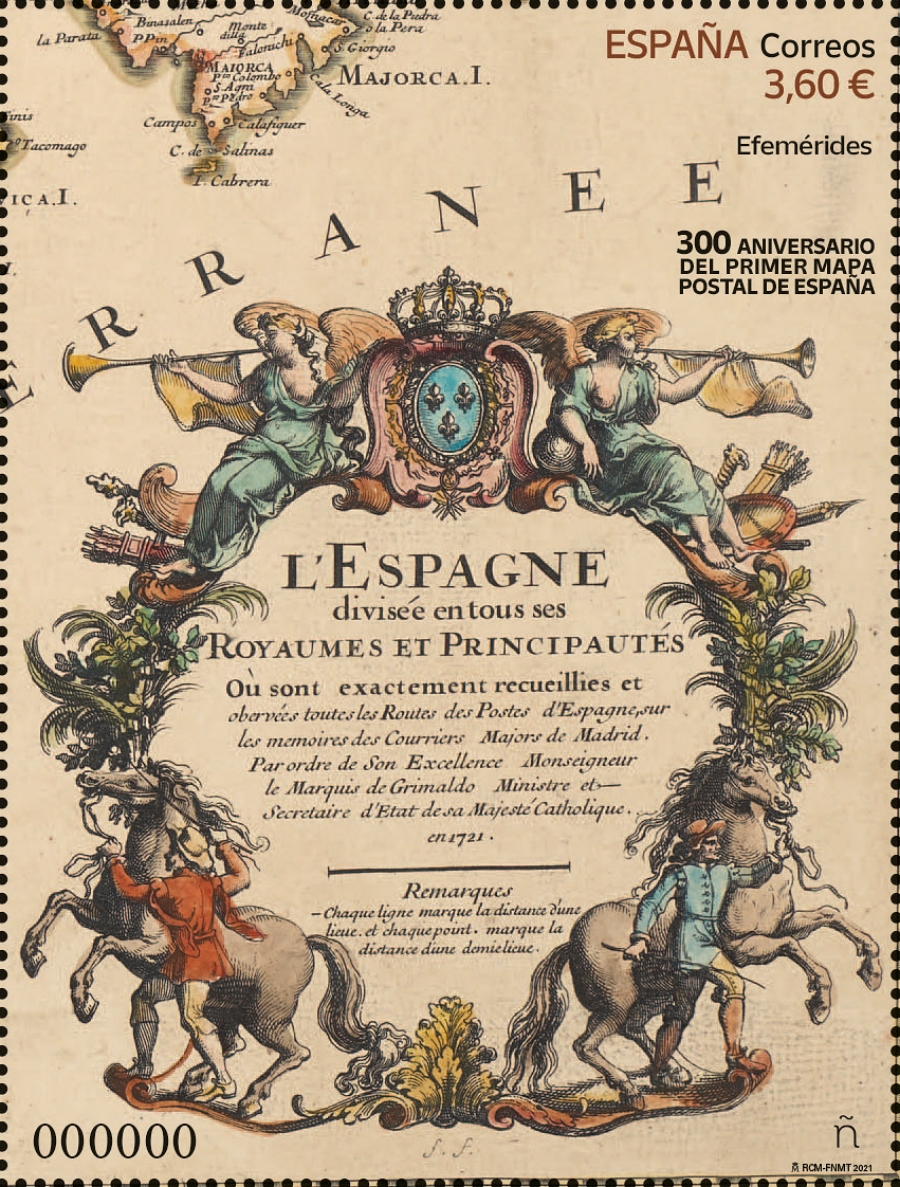 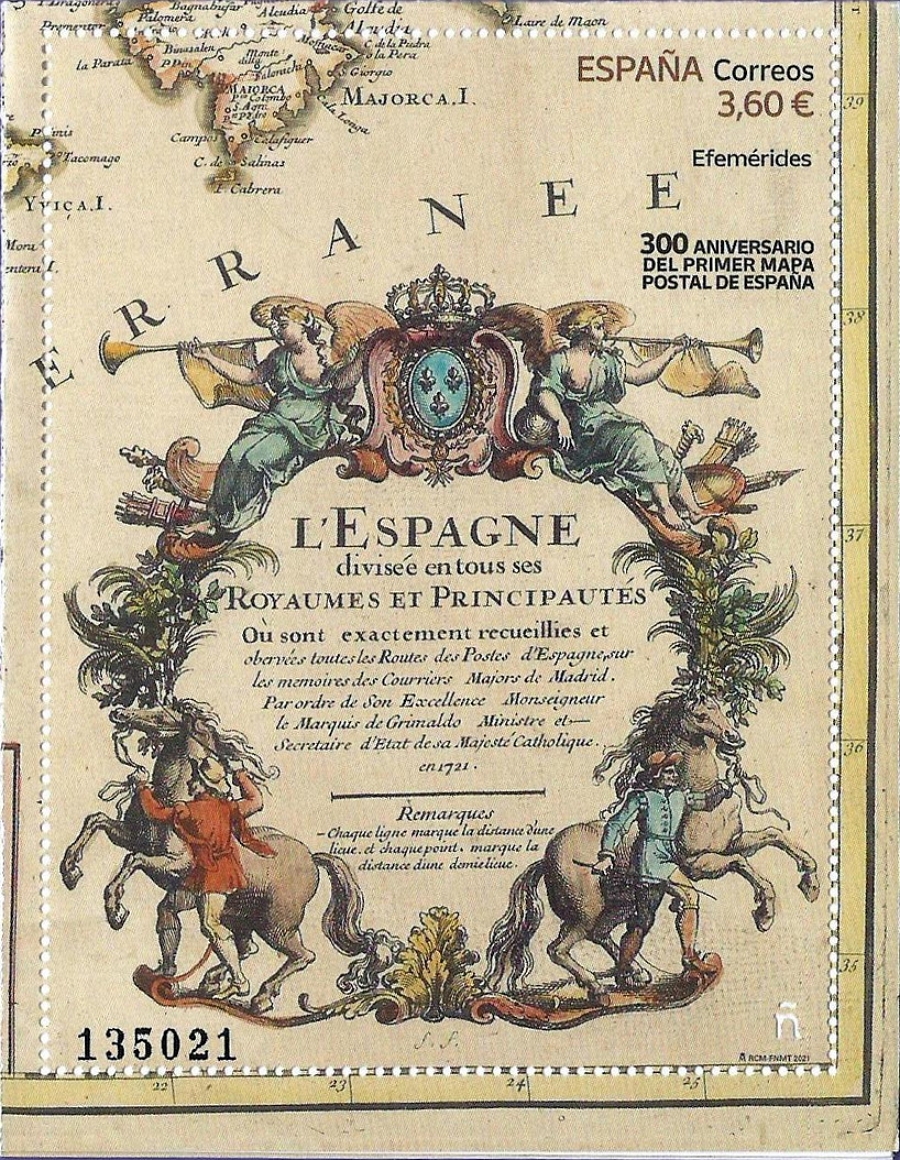 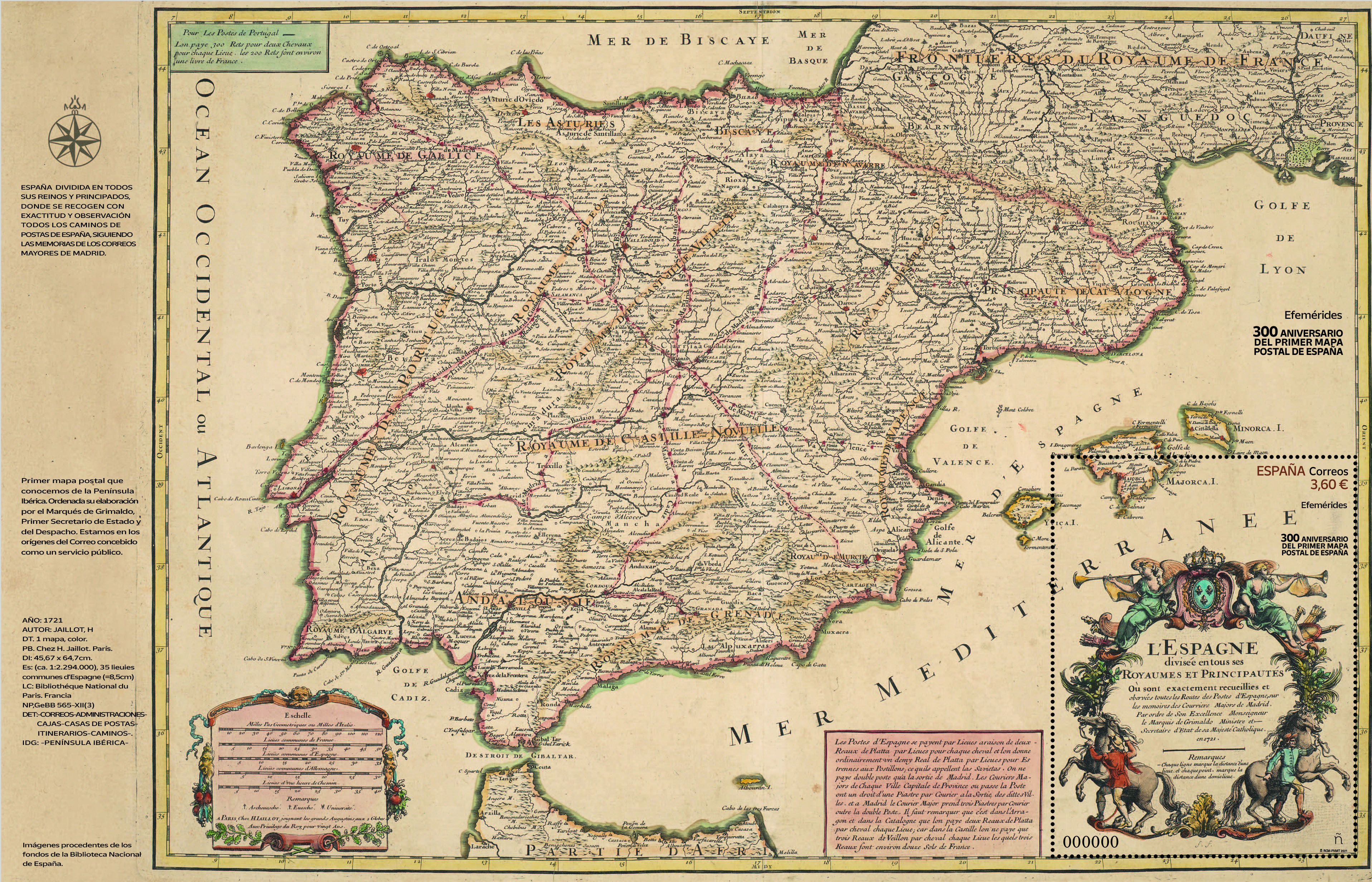 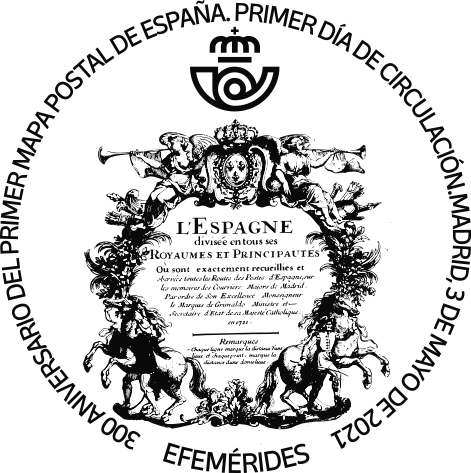 During the seventeenth century they appeared in France, thanks to the sagas of cartographers such as the Sanson and Jaillot, the so-called thematic or singular maps, among them those representing the roads and the post houses that pulled them. At the beginning of the next century, in 1716, the first monarch of the Bourbon dynasty Philip V, in the framework of the general reform of the Administration, appointed the first Superintendent of Posts and Posts and with it the Spanish mail was administered directly by the State. Five years later, in 1721, the Marquis of Grimaldo, first secretary of the State Office, commissioned Bernard Jean Hyacinthe Jaillot to make a map of Spain with all the routes of poles.

This geographical chart is magnificently engraved with a large number of details: territorial divisions, cities, hydrography, profile orography, geographical orientation, graduated margins with the first meridian on the island of Hierro and the main routes through which the mail transited with its corresponding post houses. They emphasize, the quality of the gusset intended for the title in the lower right corner, framed in a wave, whose bottom is occupied by two steeds held by the flanges by two postillons; the sides with the vegetation typical of abundance and the symbolic weapons of military power, all crowned with the coat of arms of the Bourbon dynasty, flanked by a double allegory of Fame.

In the other lower corner another showy gusset, which collects various types of scales, conventional signs used and editor data. Two cartridges explain the fees that individuals had to pay, per league, for the use of the fabric of the Spanish and Portuguese poles. Hand-colored, especially the radial routes starting from Madrid linked to Valencia and Cartagena, in the east; Barcelona, in the northeast; Bayonne and San Sebastian in the north; Coruña and Pontevedra in Galicia; Badajoz in Extremadura and Cadiz and Granada in Andalusia. Also highlighted is the cross-sectional route linking Burgos with Lisbon.

The Spanish Post pays homage to the tricentennial of this map with a stamp that collects the sign of it, with a facial value of 3.60 euros, framed in a folding block sheet depicting the complete map.