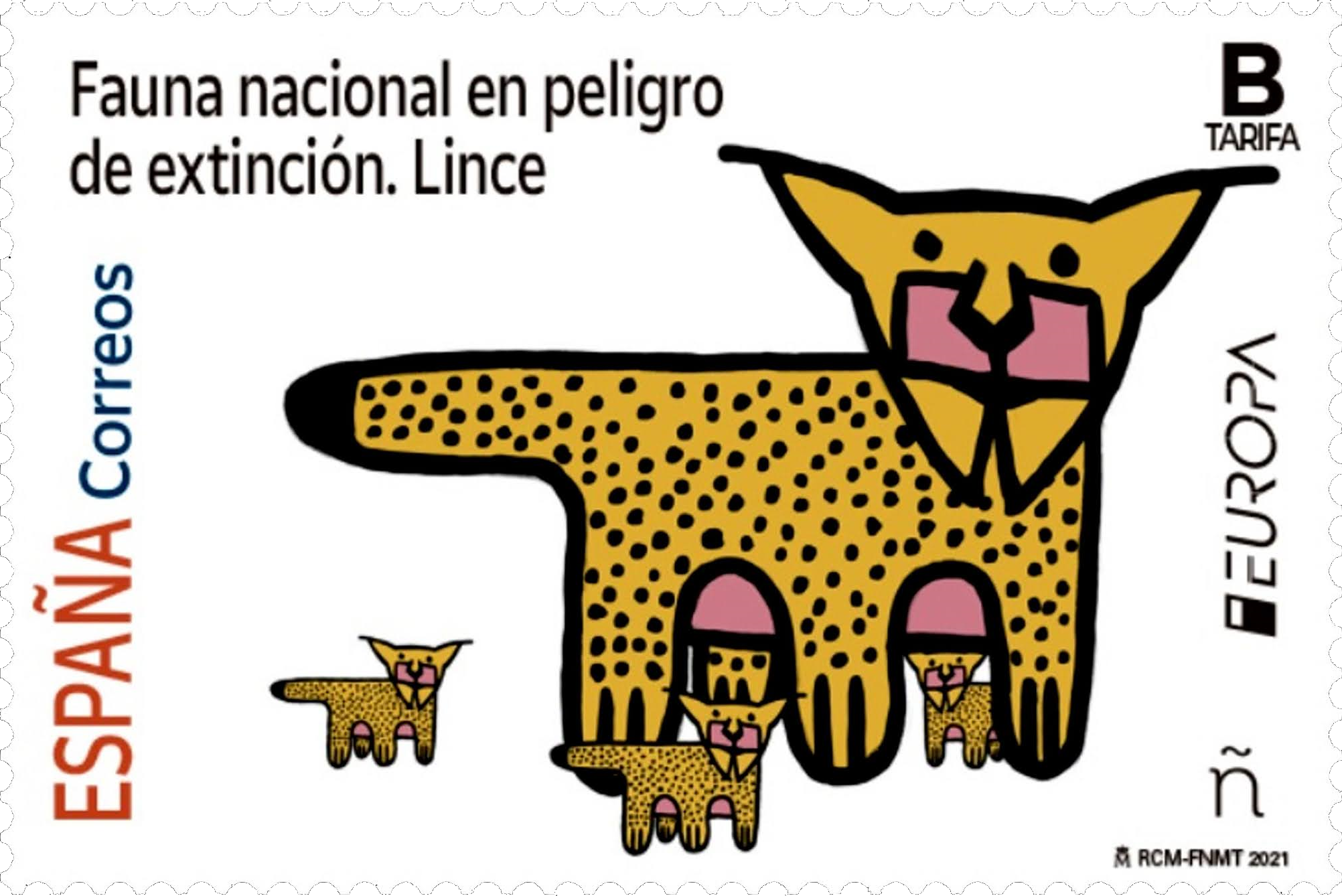 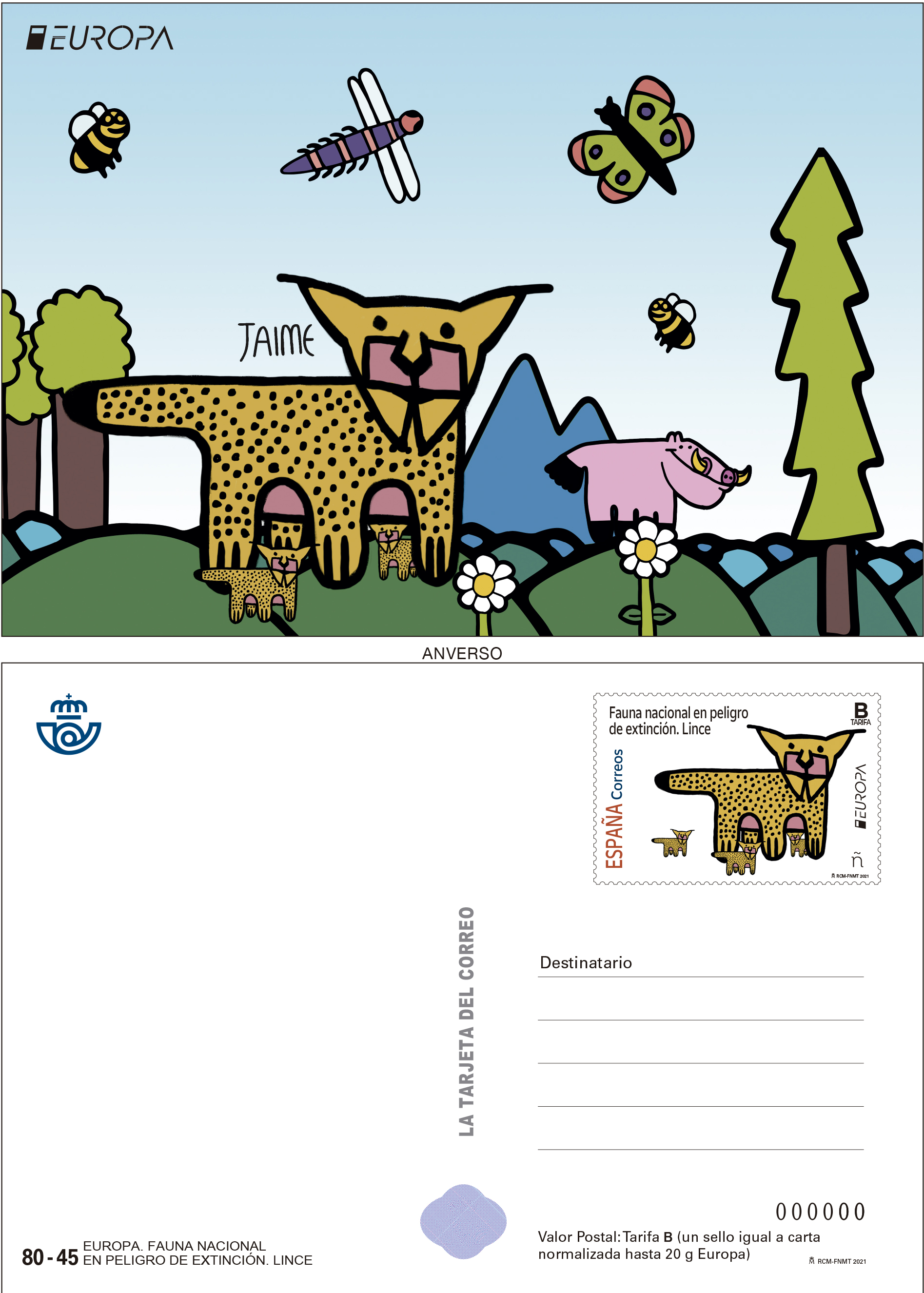 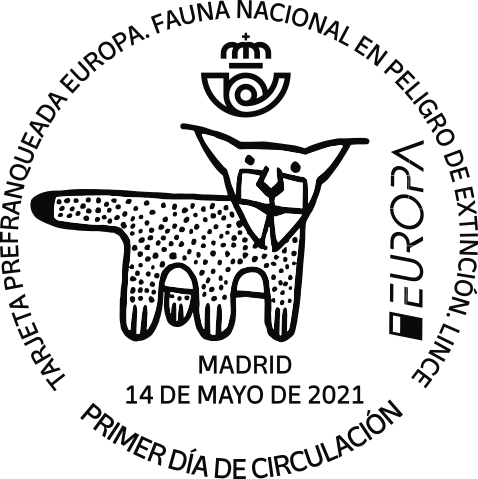 The Europa series is one of the most emblematic in the Philatelic world. All PostEurop member countries participate in this series. Each member presents a stamp with its own design and a common theme.

This year, the stamps are dedicated to endangered wildlife.

Spain, has chosen main motif, one of the most emblematic animals of the Peninsula, the Iberian lynx.

The stamp, collects a drawing of four lynxes of different sizes with strokes and colors that remind us of this special animal.

The lynx, larger than that of a domestic cat, was declared a protected species in 1966 and is considered the most threatened feline in the world.

Among the main threats of this species is the destruction of its habitat, which prevents the dispersal capacity of the species and gives rise to inbreeding. Also, the decline of their favorite prey for food, such as rabbits, increasingly frequent hit-and-runs and hunting, are other causes for the disappearance of these unique specimens.

In order to combat these threats, different actions are carried out such as habitat adequacy, improvement of the rabbit population, conservation outside its usual spaces and reintroduction. Also, genetic reinforcement is attempted to prevent disease and above all social awareness and relentless persecution of poachers.

Recently, the International Union for Conservation of Nature (IUCN) reclassified the Iberian lynx from the category of “critically endangered” to “endangered”, indicating a recovery of the populations at large and wonderful news.

Fauna nacional en peligro de extinción. Lince
Designer: Correos + Jaime (autistic person)
Size: 49.8 x 33.2 mm
Postage value: €1.50
The Iberian Lynx is the world’s most endangered feline according to the World Wildlife Fund. This species of solitary habits is typical of the Mediterranean forest and scrub of the Iberian Peninsula. It is threatened by poaching, run overs and the myxomatosis disease suffered by the rabbits on which it feeds. The artist, Jaime is autistic. His favorite hobby and passion is drawing, through which he beautifully expresses himself.