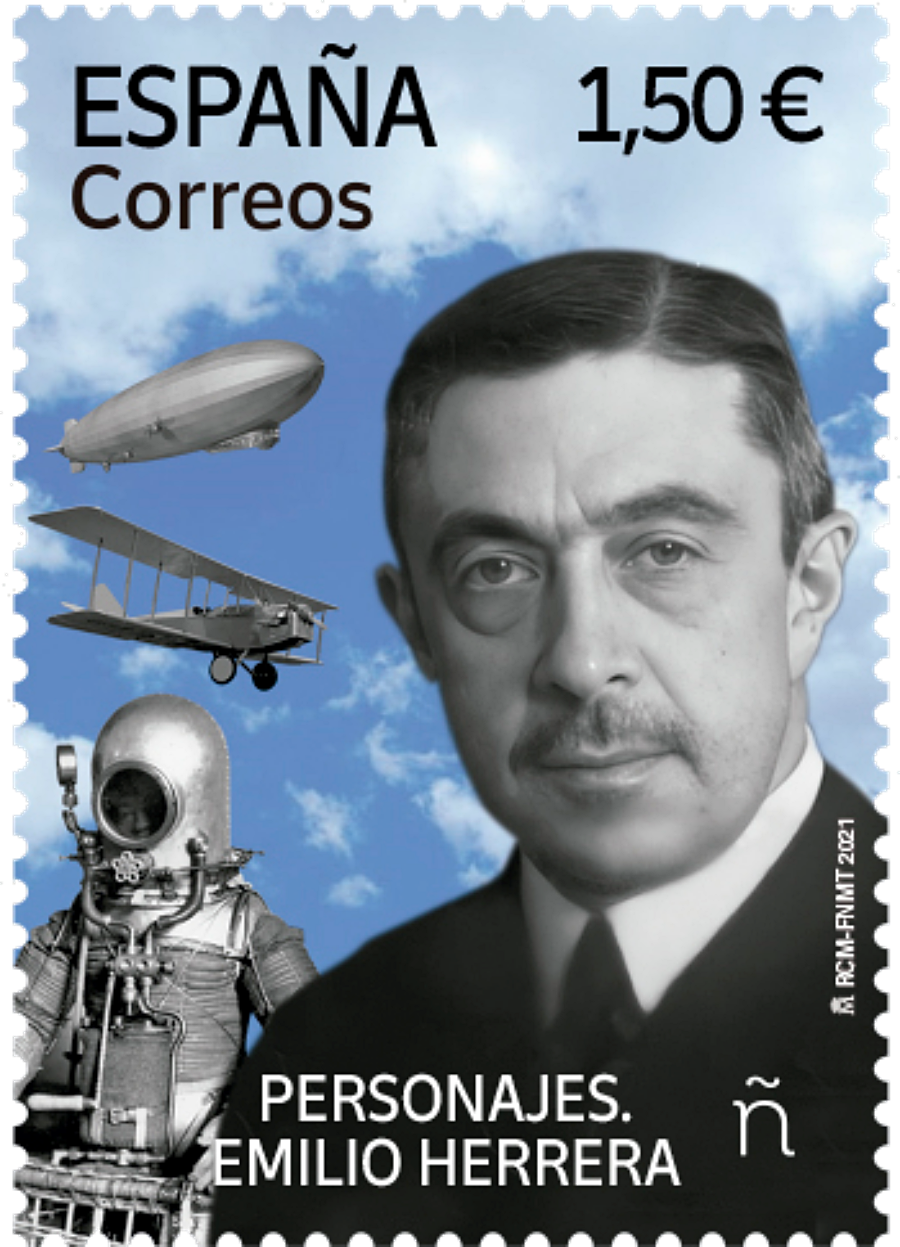 The military engineer, noted as a Spanish aviator and scientist, Emilio Herrera, was a great inventor and even became president of the Government of the Second Spanish Republic in exile between May 9, 1960 and March 7, 1962.

One of his most notable achievements was the invention of the nautical stratum scavenger, a pressurized space suit model that has inspired the one currently used by astronauts in their missions.

Always linked to the aeronautical world, Herrera starred in one of the most applauded feats of the time: in 1914 he crossed the Strait of Gibraltar on a flight along with José Ortiz Echague. For this reason King Alfonso XIII appointed them Knights Gentilemen of Chamber with exercise.

After proclaiming himself the Republic, Emilio Herrera asked the king himself, already in exile, to withdraw that mention and office, so that he could serve the new regime without betraying the former.

In his tireless scientific activity, he belonged to numerous institutions and obtained important appointments as an academic of Sciences of Spain, Laureate of the Academy of Sciences of France, member of the Societies of Mathematics, Geography and Physics and Chemistry, founder of the Ibero-American Athenaeum of Paris, Knight of the Legion of Honor of France, Commander of the Order of Christ of Portugal and Member of the Institute of Aeronautical Engineering of Argentina among others.

His equal, conciliatory and distant character from all sectarianism made him a reference figure wherever he went.

He went into exile in Chile and France at the end of the war, and lived loosely thanks to the recognition that had been achieved in the peace years, with collaborations in prestigious publications related to aeronautics and patents of his great inventions.

The stamp reminiscent of this illustrious Spaniard, collects a portrait of the inventor with the blue sky in the background, his favorite medium. The spacesuit, an airplane and a blimp, very important pieces in your life, complete the broadcast.