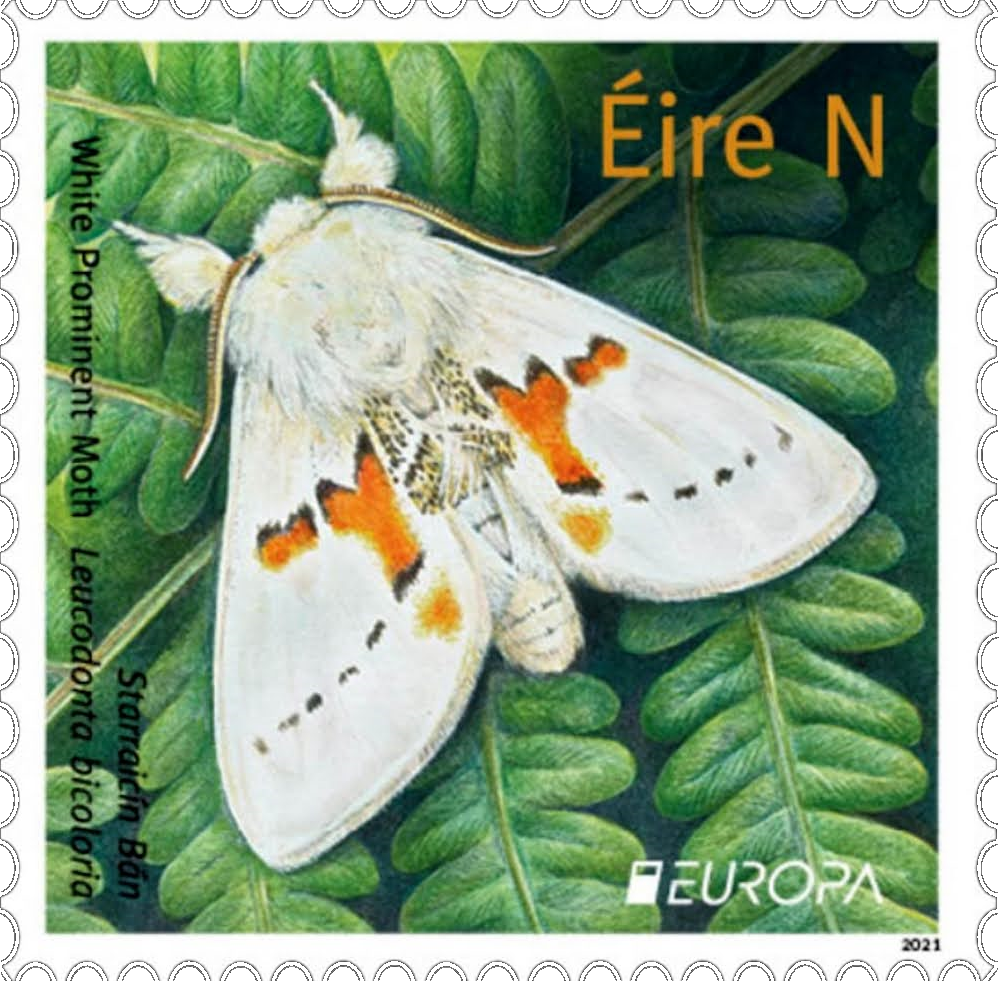 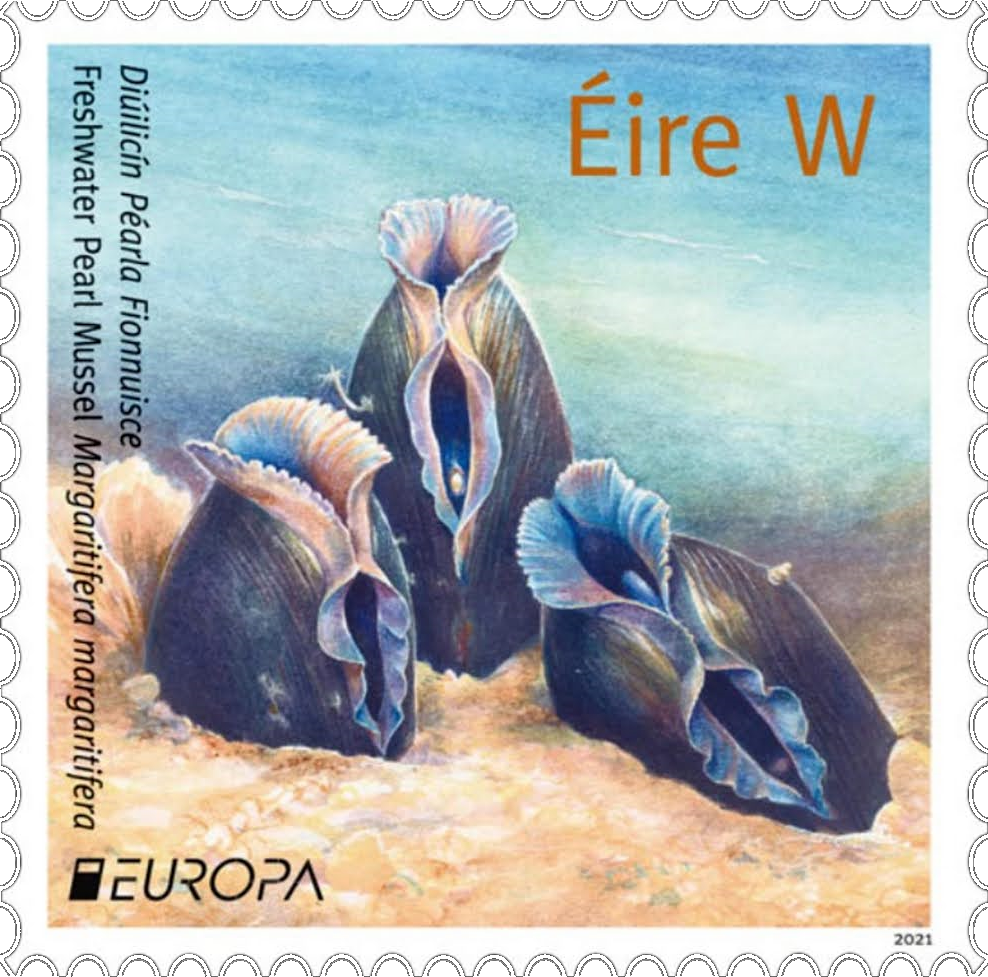 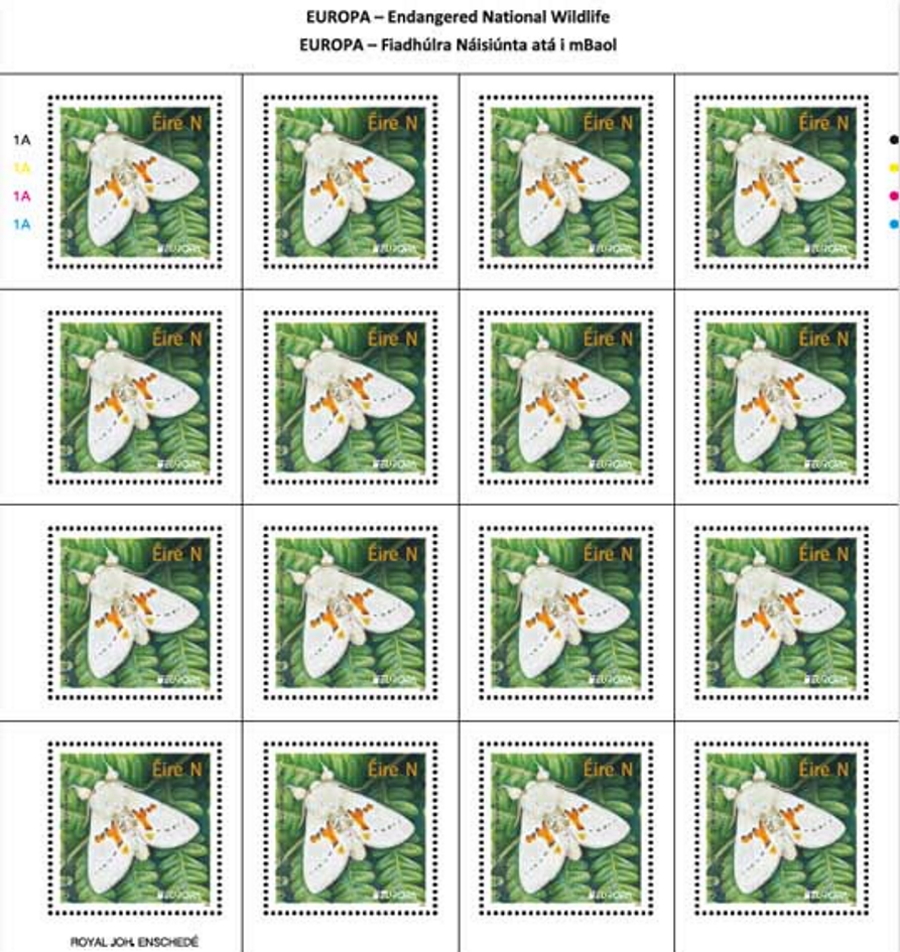 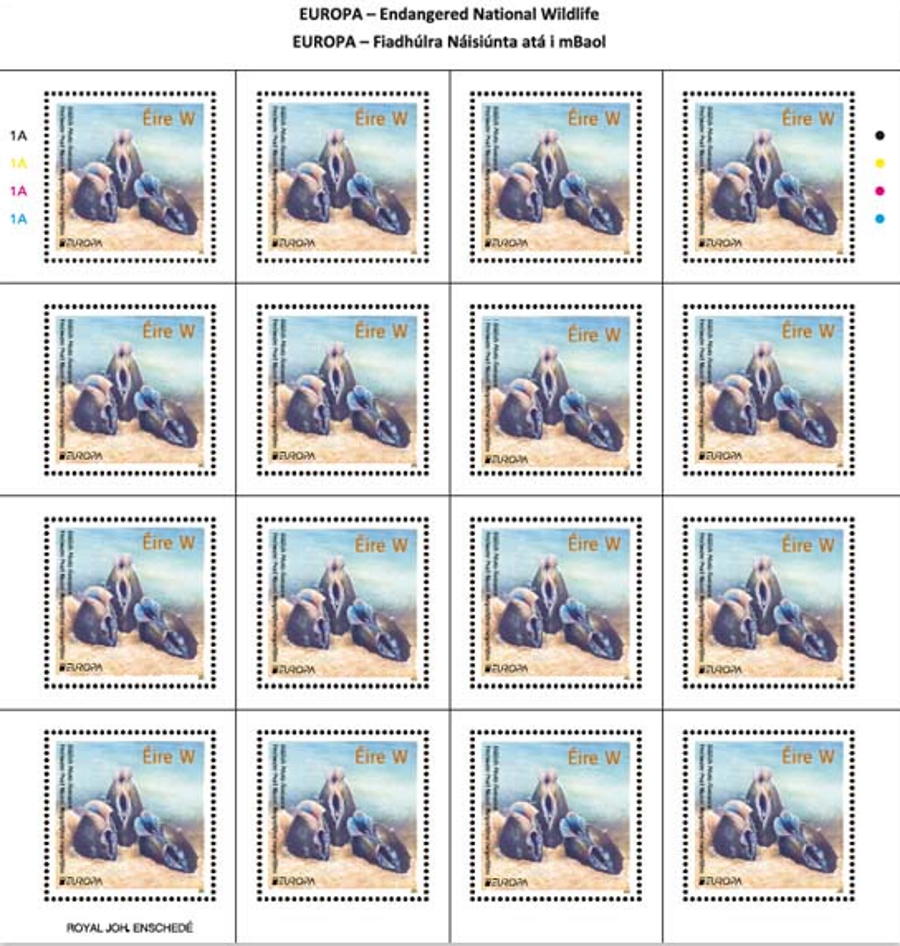 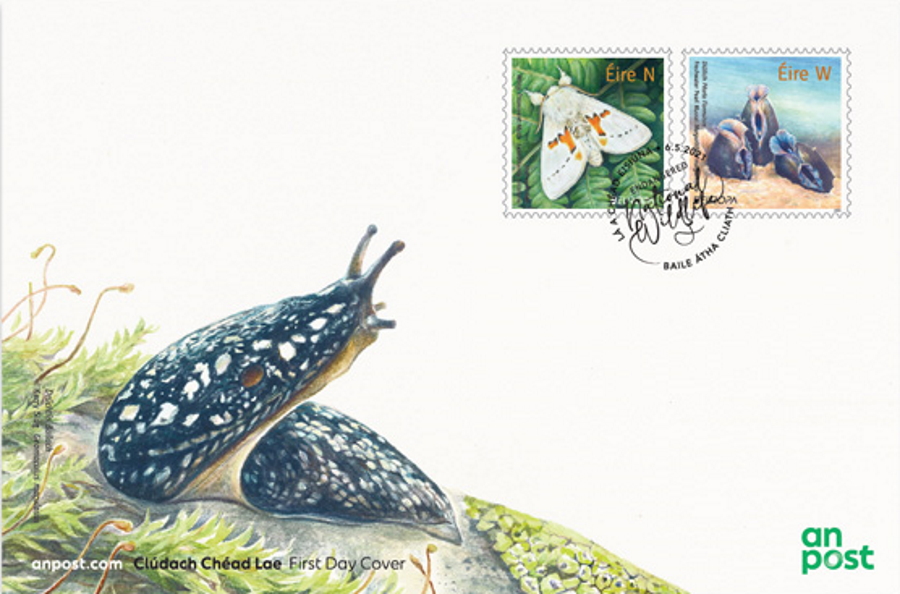 May 6th 2021: Two new stamps from An Post celebrate Ireland’s rich and rare natural wildlife. The stamps are part of the EUROPA series in which postal administrations across Europe produce stamps to a central theme bearing the EUROPA logo. The chosen theme for 2021 is Endangered National Wildlife.

Endangered national wildlife broadly refers to species that are threatened with extinction.  In Ireland, the Wildlife Act is the principle mechanism for the legislative protection of species that have significant conservation value. The stamps are designed by Jenny Dempsey and beautifully illustrated by Shevaun Doherty.

Thought to be extinct in Ireland and Britain, the White Prominent Moth was rediscovered in Kerry in 2008.  The Freshwater Pearl Mussel is on the verge of extinction in Ireland and western Europe.

The Moth stamp carries an ‘N’ for national postage across the island of Ireland while the Freshwater Pearl Mussel stamp shows ‘W’ for worldwide letter postage.  Both stamps feature on a beautiful First Day Cover (FDC) souvenir envelope which includes an illustration of the rare Kerry Slug only found in the south-west of Ireland, and in Spain and Portugal.

The new stamps and are available at selected post offices nationwide, at Dublin’s GPO, or online at anpost.com/shop.

Designer: Illustration by Shevaun Doherty, Designed by Jenny Dempsey
Size: 36mm x 36mm
Postage value: €1.70
The Freshwater Pearl Mussel shown on the stamp is on the verge of extinction in Ireland and western Europe. It is a large filter-feeding bivalve, which is found in near-pristine freshwater habitats. These animals are extremely long lived and are capable of surviving for up to 140 years, making them Ireland’s longest living animal. Adult mussels can reach lengths of 12-15cm, and live buried in the river bed. Freshwater pearl mussels are filter feeders, inhaling and expelling up to 50L of water per day, while retaining food particles. This filtering activity means that pearl mussels can help to maintain and improve water quality.