Flora and Fauna of the Ancient World 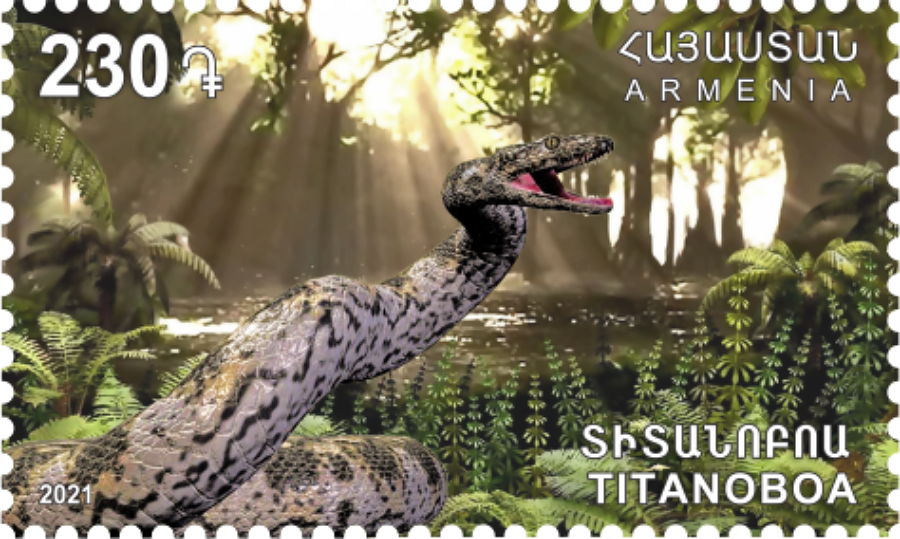 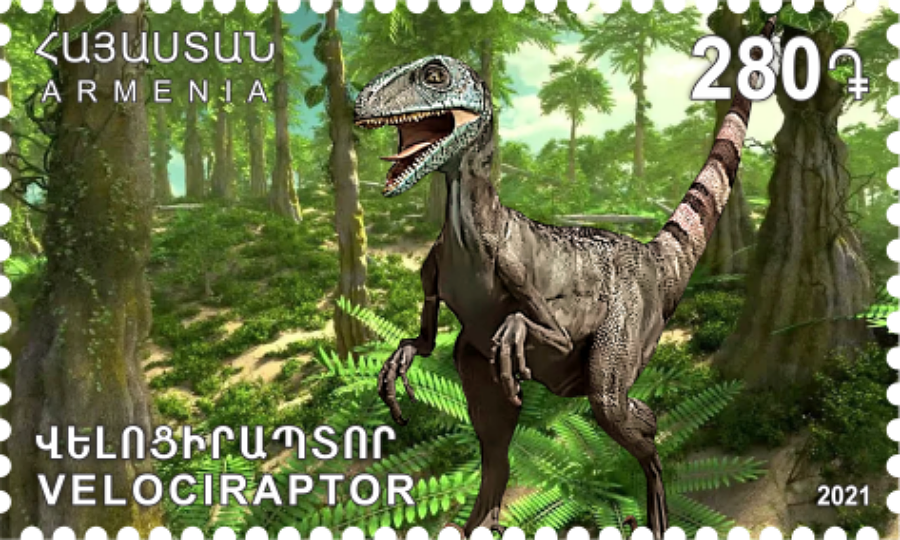 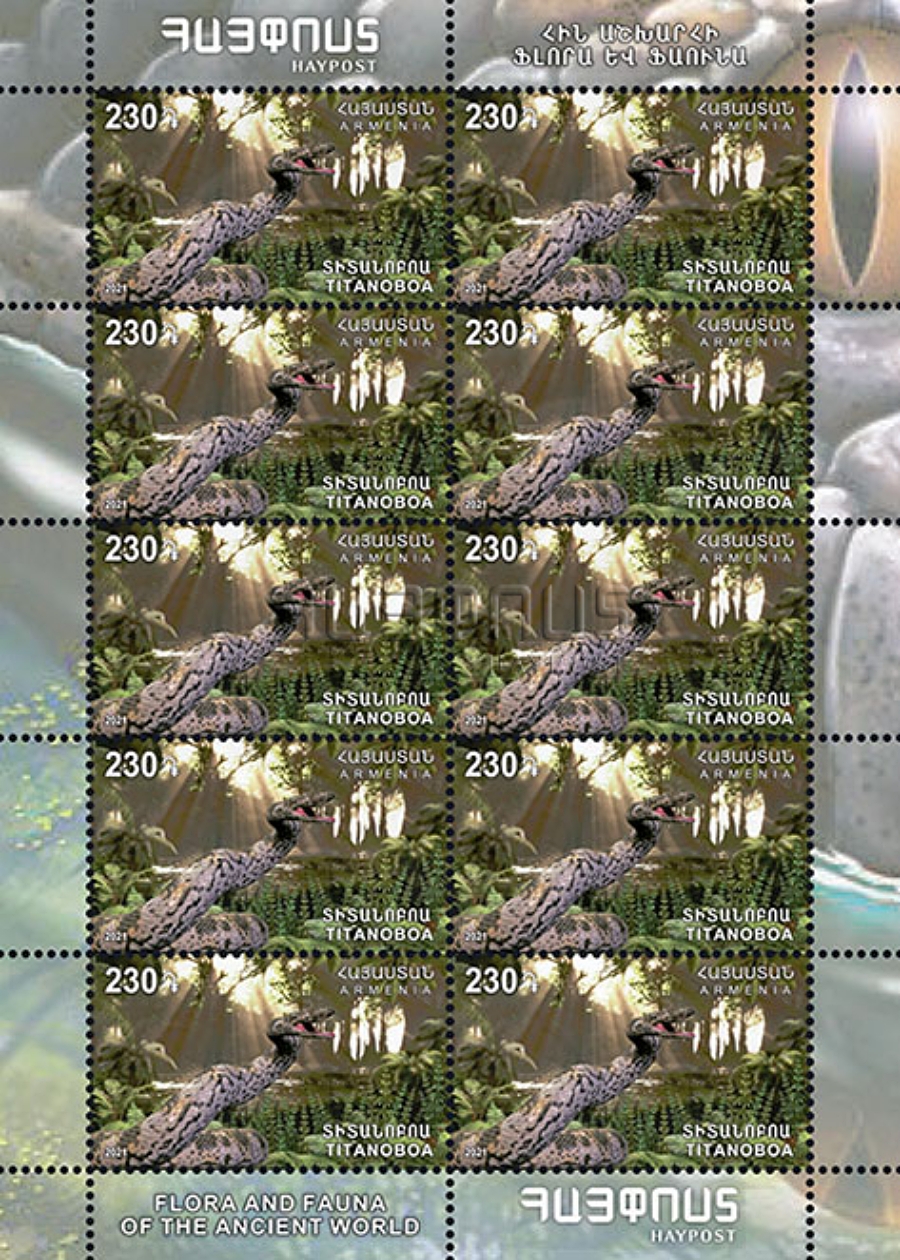 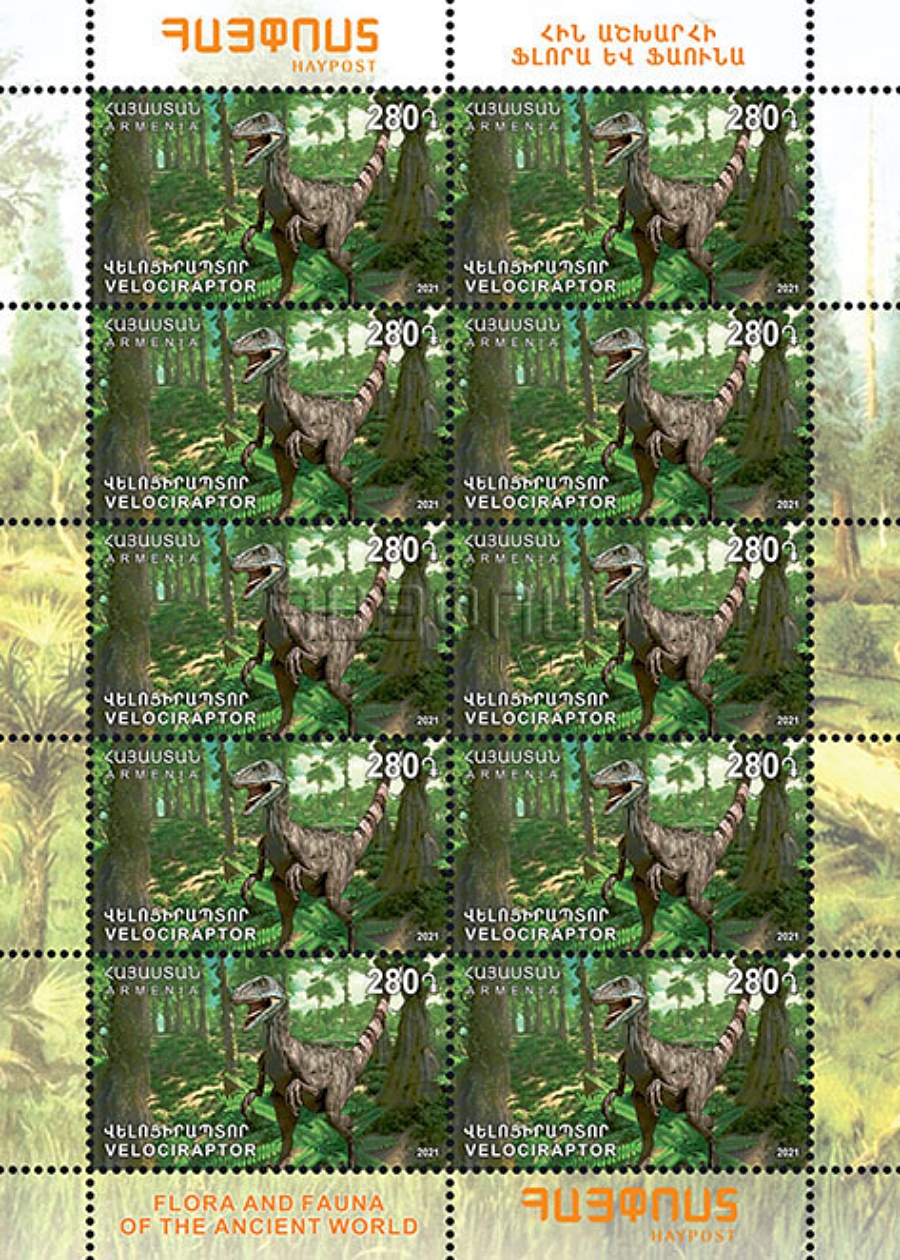 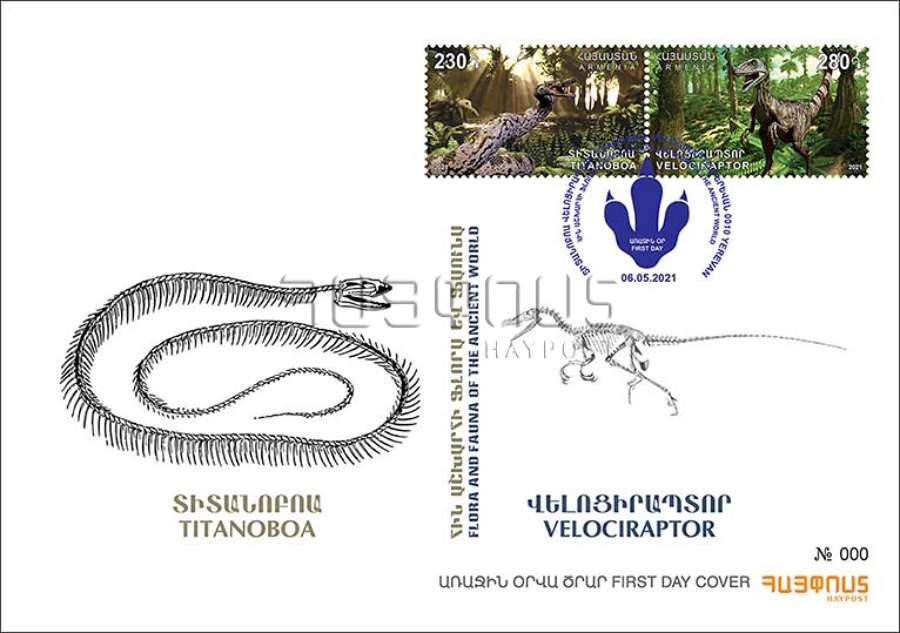 On May 6th, 2021, two postage stamps dedicated to the theme “Flora and Fauna of the Ancient World” are put into circulation.

Fossils of Titanoboa have been found in the Cerrejón Formation, and date to around 58 to 60 million years ago. The giant snake lived during the Middle to Late Paleocene epoch, a 10-million-year period immediately following the Cretaceous-Paleogene extinction event.

The only known species is Titanoboa cerrejonensis, the largest snake ever discovered, which supplanted the previous record holder, Gigantophis.

By comparing the sizes and shapes of its fossilized vertebrae to those of extant snakes, researchers estimated that the largest individuals of T. cerrejonensis found had a total length around 12.8 m (42 ft) and weighed about 1,135 kg (2,500 lb; 1.12 long tons; 1.25 short tons).

Velociraptor (meaning “swift seizer” in Latin) is a genus of dromaeosaurid theropod dinosaur that lived approximately 75 to 71 million years ago during the latter part of the Cretaceous Period. Two species are currently recognized, although others have been assigned in the past. The type species is V. mongoliensis; fossils of this species have been discovered in Mongolia. A second species, V. osmolskae, was named in 2008 for skull material from Inner Mongolia, China.

Smaller than other dromaeosaurids like Deinonychus and Achillobator, Velociraptor nevertheless shared many of the same anatomical features. It was a bipedal, feathered carnivore with a long tail and an enlarged sickle-shaped claw on each hindfoot, which is thought to have been used to tackle and disembowel prey. Velociraptor can be distinguished from other dromaeosaurids by its long and low skull, with an upturned snout.

Velociraptor (commonly shortened to “raptor”) is one of the dinosaur genera most familiar to the general public due to its prominent role in the Jurassic Park motion picture series. In real life, however, Velociraptor was roughly the size of a turkey, considerably smaller than the approximately 2 m (6+1⁄2 ft) tall and 80 kg (180 lb) reptiles seen in the films (which were based on members of the related genus Deinonychus). Today, Velociraptor is well known to paleontologists, with over a dozen described fossil skeletons, the most of any dromaeosaurid. One particularly famous specimen preserves a Velociraptor locked in combat with a Protoceratops.