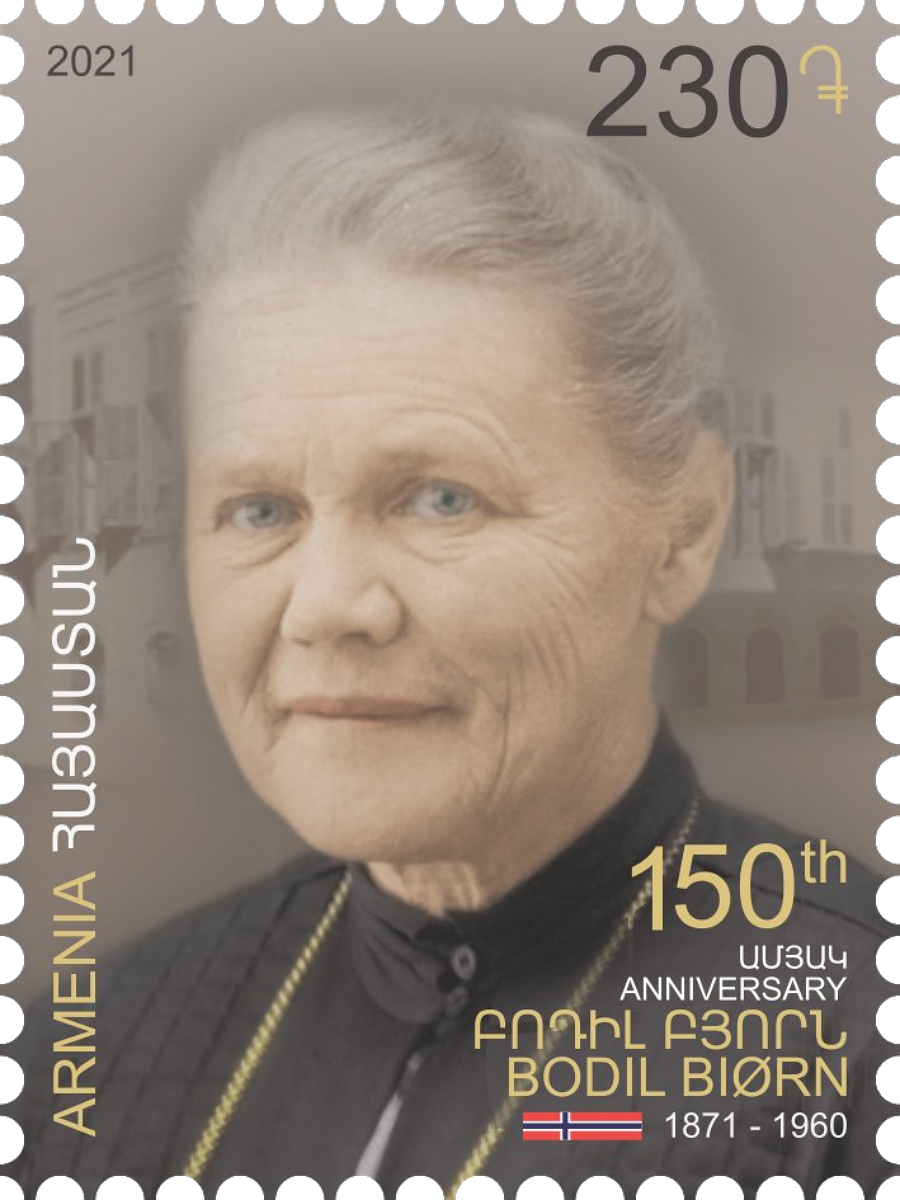 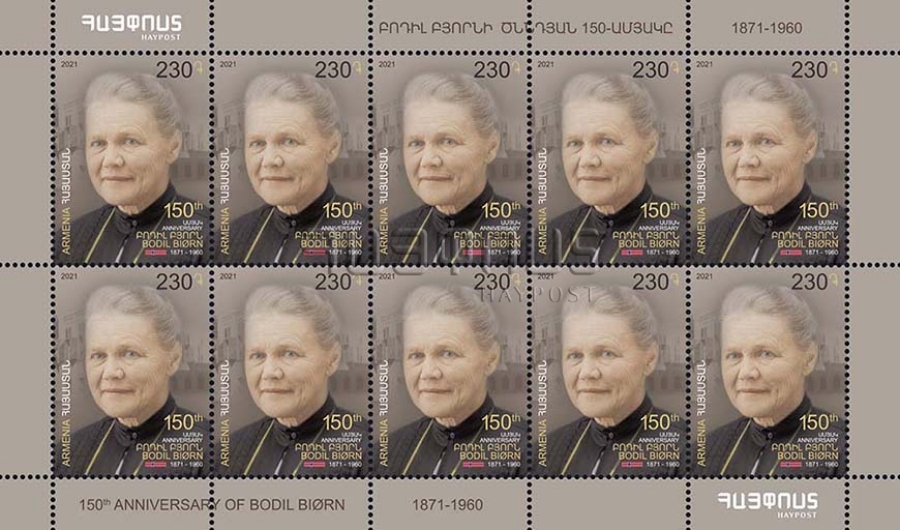 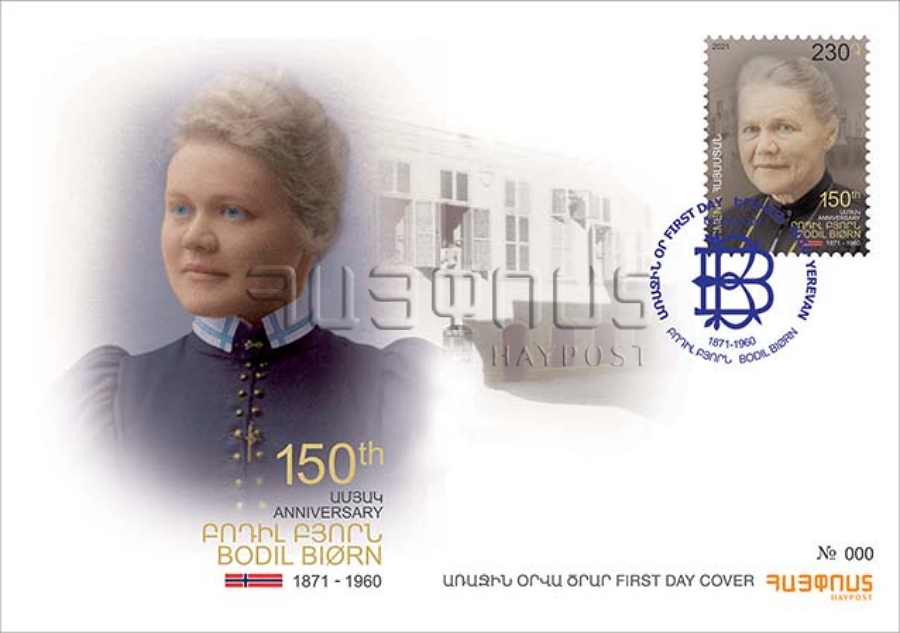 On May 5th, 2021, one postage stamp dedicated to the theme “Missioners. 150th anniversary of Bodil Biørn” has been put into circulation.

The postage stamp with the nominal of 230 AMD depicts the Norwegian missioner, the witness of the Armenian Genocide Bodil Biørn, who took care of and saved hundreds of homeless Armenian children and women during the years of the Genocide.

She was born on 27 January 1871 in Kragerø, Norway, in a family of a wealthy ship owner. In 1905, after studying nursing in Germany, she was sent by “Women Missionary Organization” to the Ottoman Empire and worked as a missionary nurse in Mezereh, Kharberd province and later in Mush, Ottoman Empire. In cooperation with German missionaries she opened schools and a clinic housing widows and orphans. A witness of the Armenian Genocide, along with her colleagues she saved the lives of many homeless women and children. She also documented the horrifying and tragic events she witnessed through her testimonial diary and her photography. In the Near East, Biørn took care of Armenian orphans in Syria, Armenia and Turkey. In 1922 she founded an orphanage named “Lusaghbyur” in Alexandropol, Soviet Armenia. Then she continued her work by aiding the Armenian refugees in Syria and Lebanon. She died in Oslo July 22.1960.

By the initiative of the Armenian community of Aleppo, a statue honoring Bodil Biørn was created and shipped to the city of Kragerø and erected there in 2004. Present at the ceremony was a delegation from Aleppo headed by Jirair Reisian.