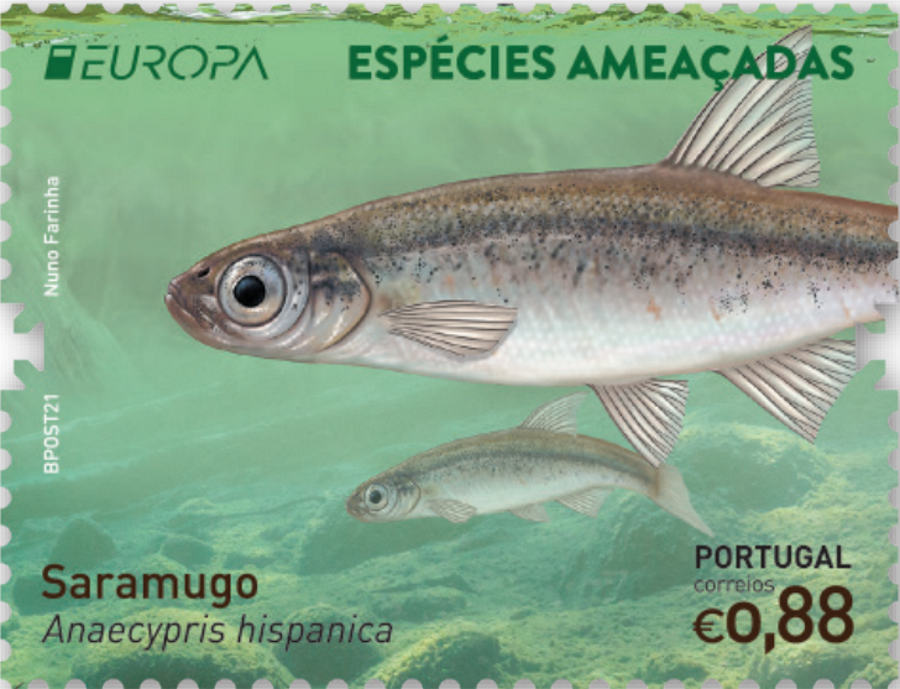 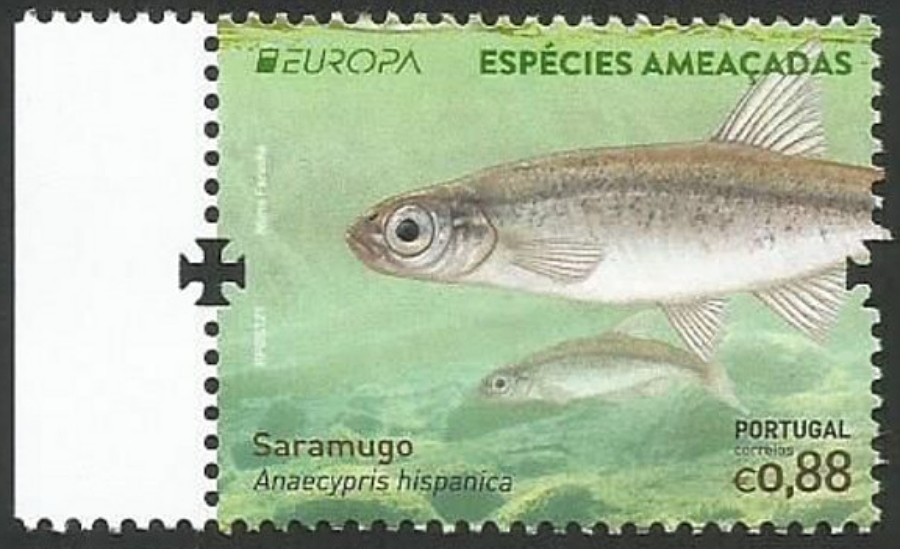 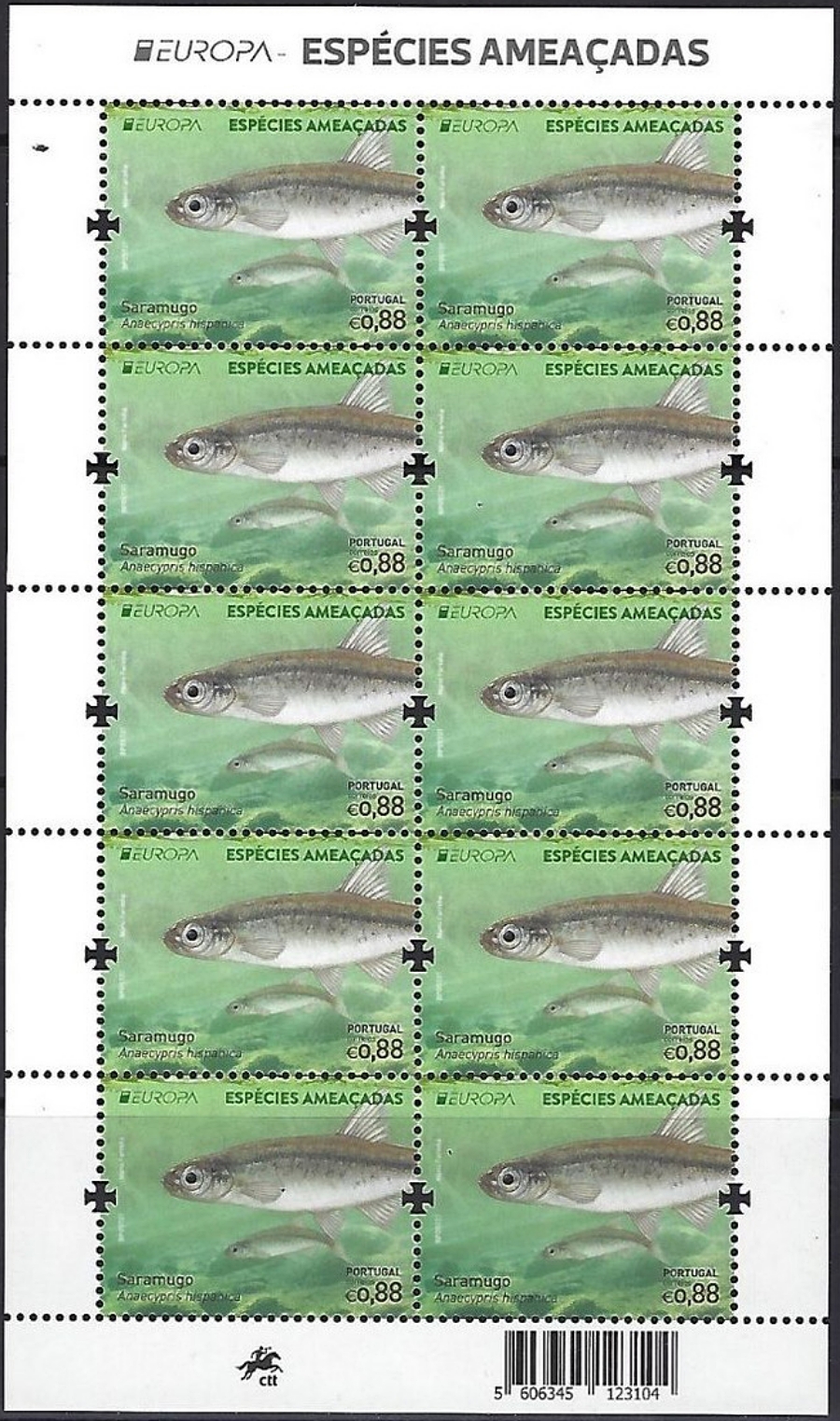 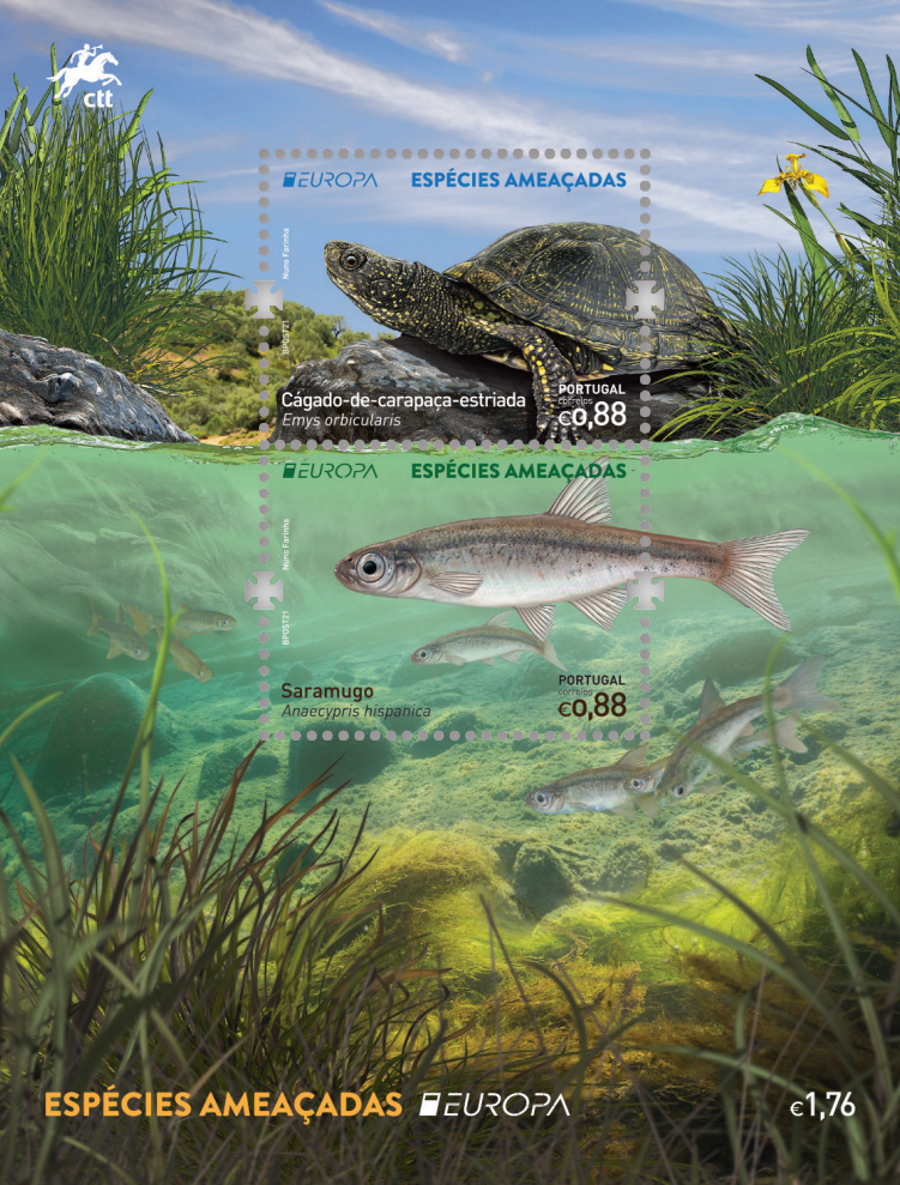 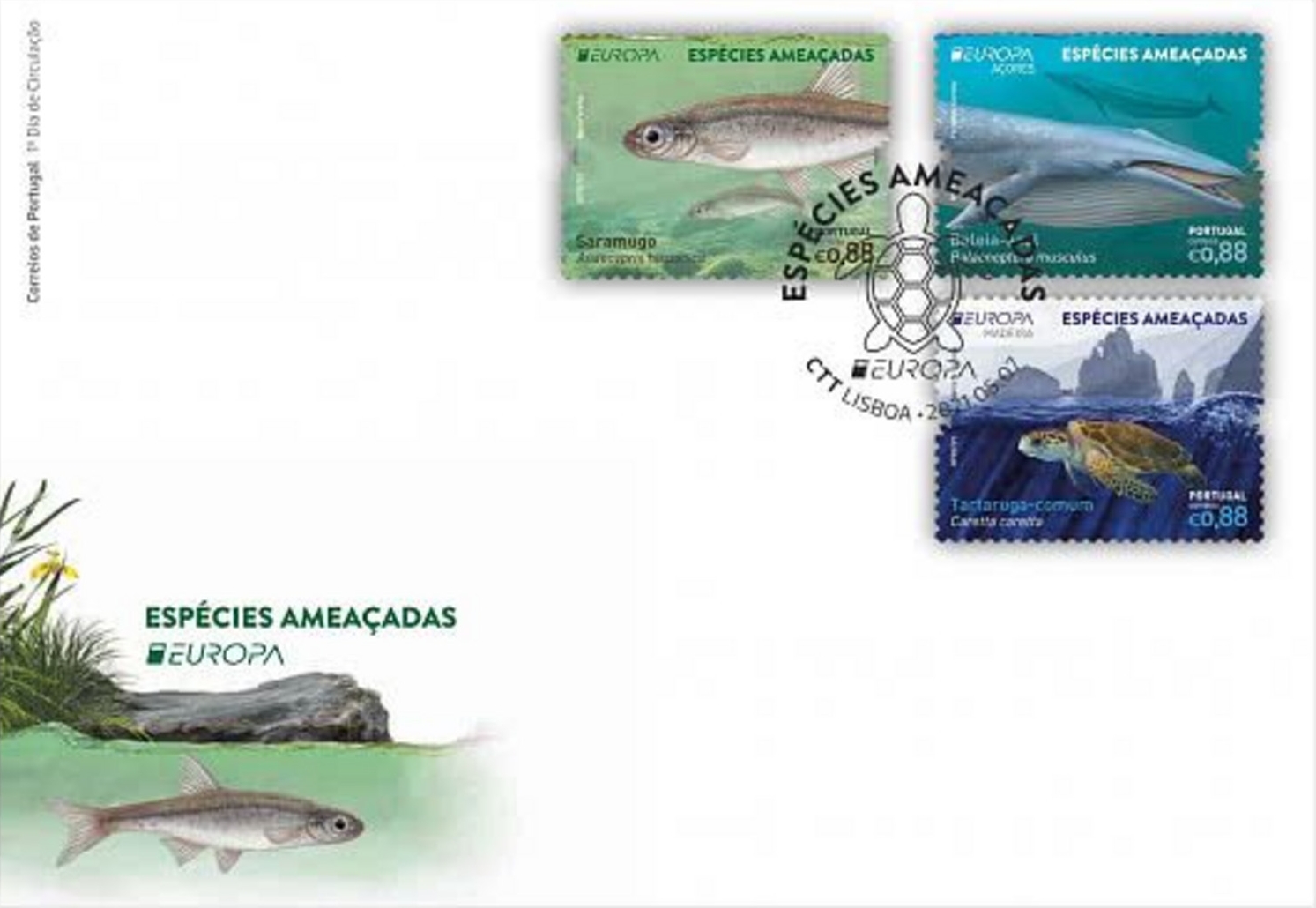 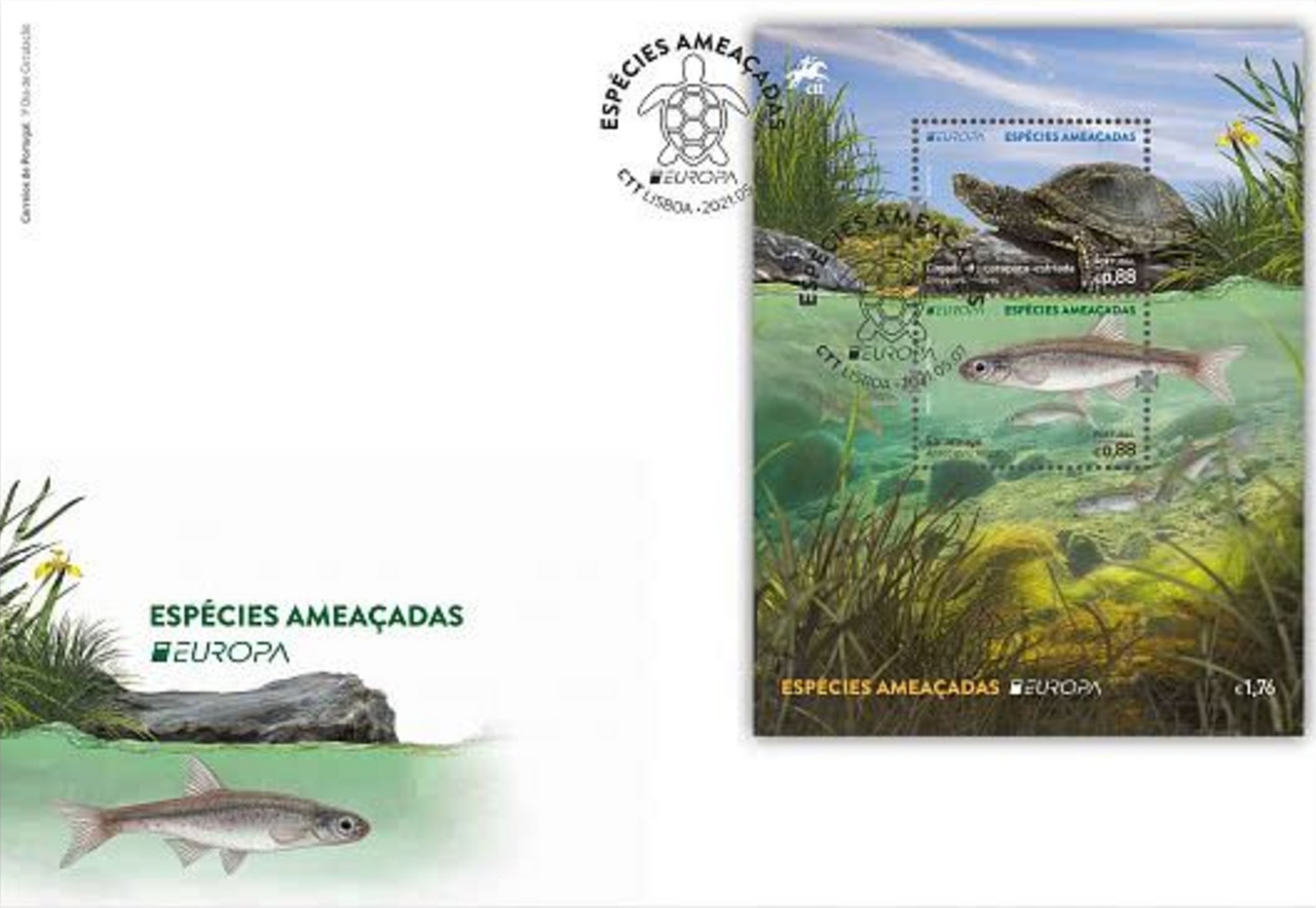 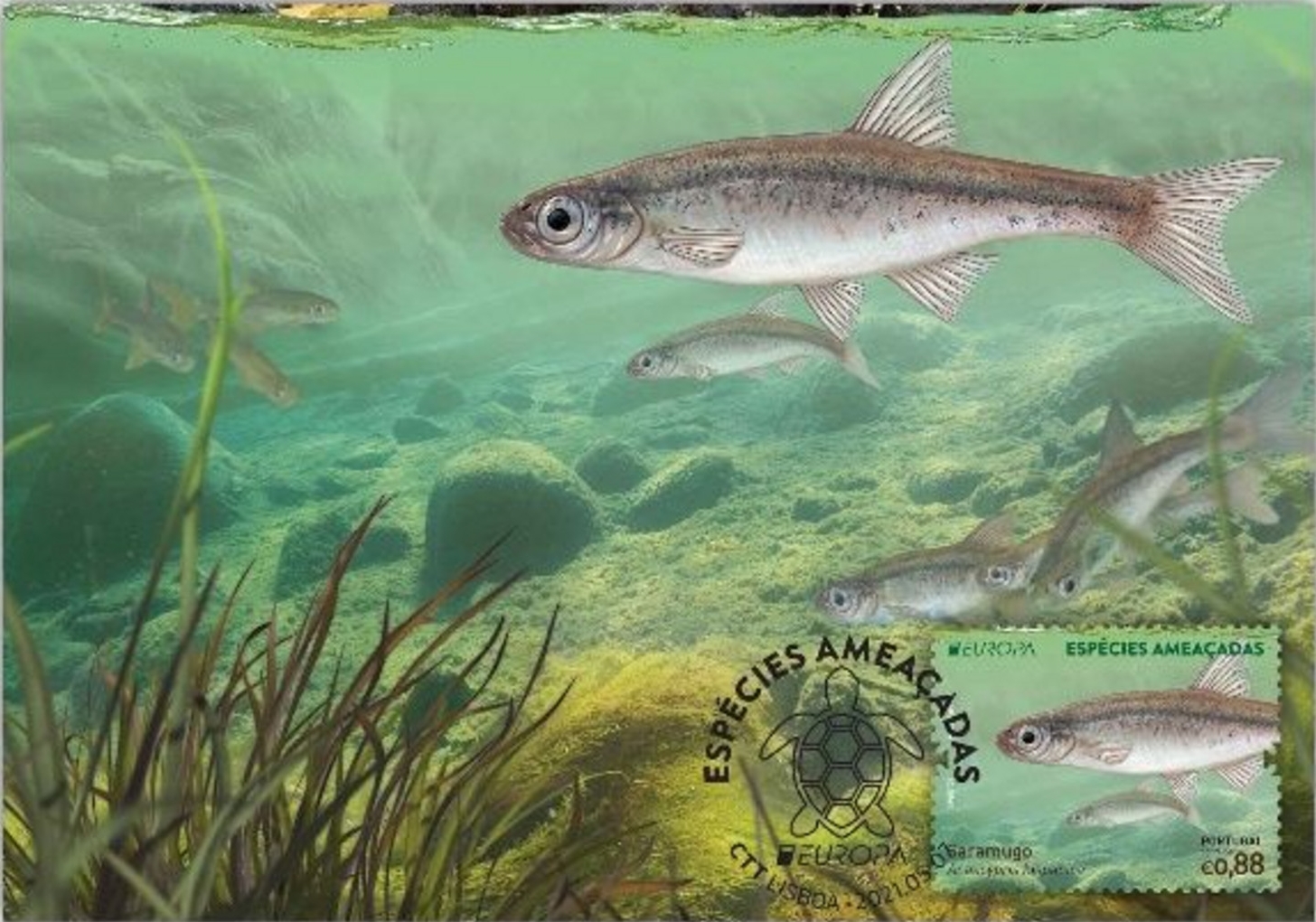 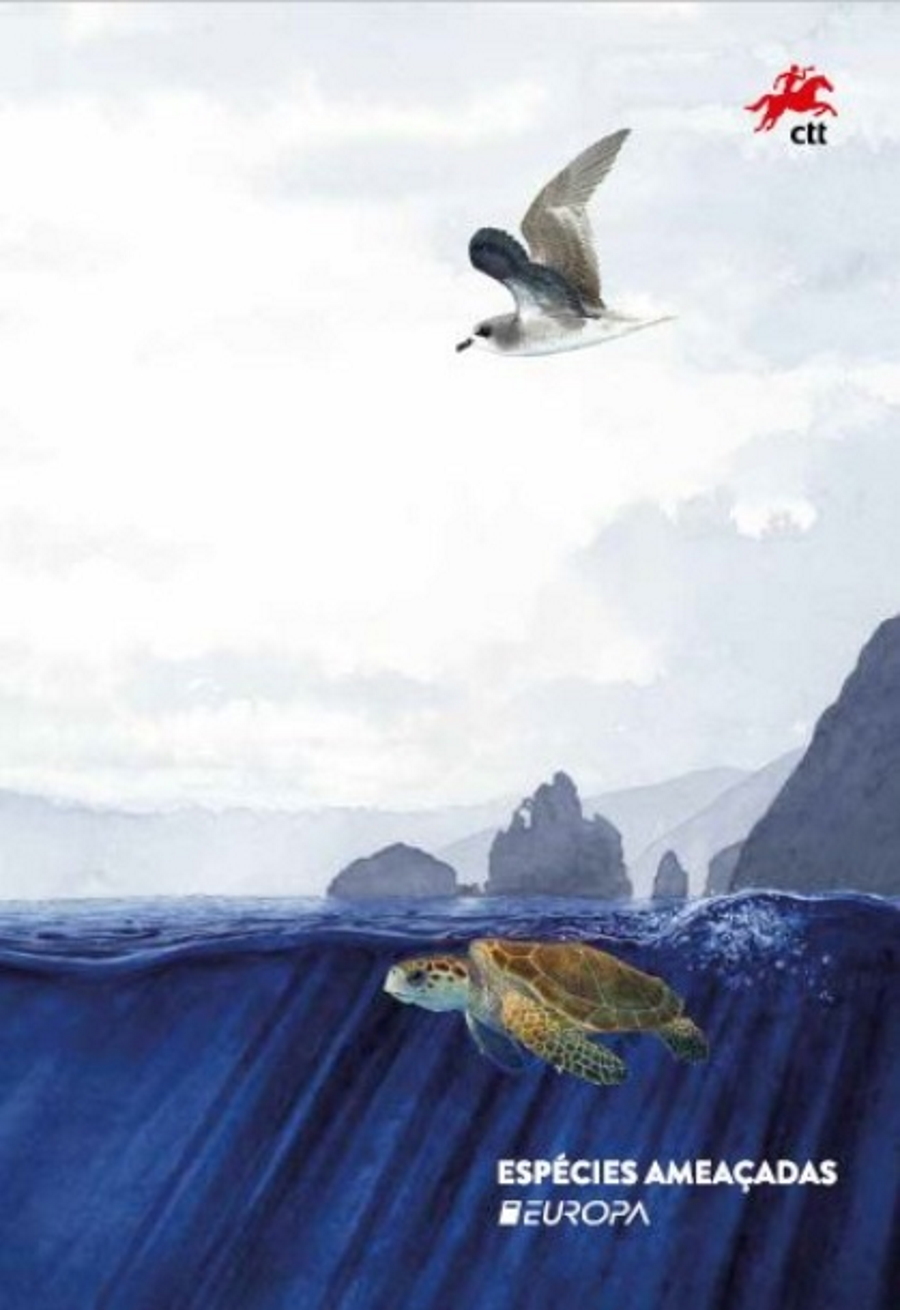 The European pond terrapin (Emys orbicularis) is easily identified by its dark colour, speckled with yellow spots that form streaks on each shell plate. It prefers slow-moving or still waterways with good quality and abundant aquatic vegetation where it can hide, since it is a discreet creature that dives at the slightest sign of danger.

This animal has a widespread distribution in Europe and North Africa, but has highly dispersed and fragmented populations, particularly in Portugal, where it is considered a rare and endangered species (EN). It is seen primarily in the south of the country, especially in the Guadiana basin. Its main threats are water pollution and the destruction of natural wetlands, as well as the introduction of exotic freshwater turtles, which are very popular among aquarists.

The saramugo (Anaecypris hispanica) is a small freshwater fish that is 6 to 7 cm in length, with a small head and large eyes, and silver to pinkish color with numerous small dark spots along its flanks. It prefers shallow waterways with low to moderate current and clean oxygen-rich waters, with abundant aquatic vegetation.

In the Portuguese Guadiana basin, this Iberian endemic species only occurs in certain tributaries, such as the Ardila or Odeleite rivers. With extremely fragmented and severely declining populations, it is critically endangered (CR), essentially due to water pollution and the destruction of its native habitats (e.g. due to water abstraction or aggregate extraction).