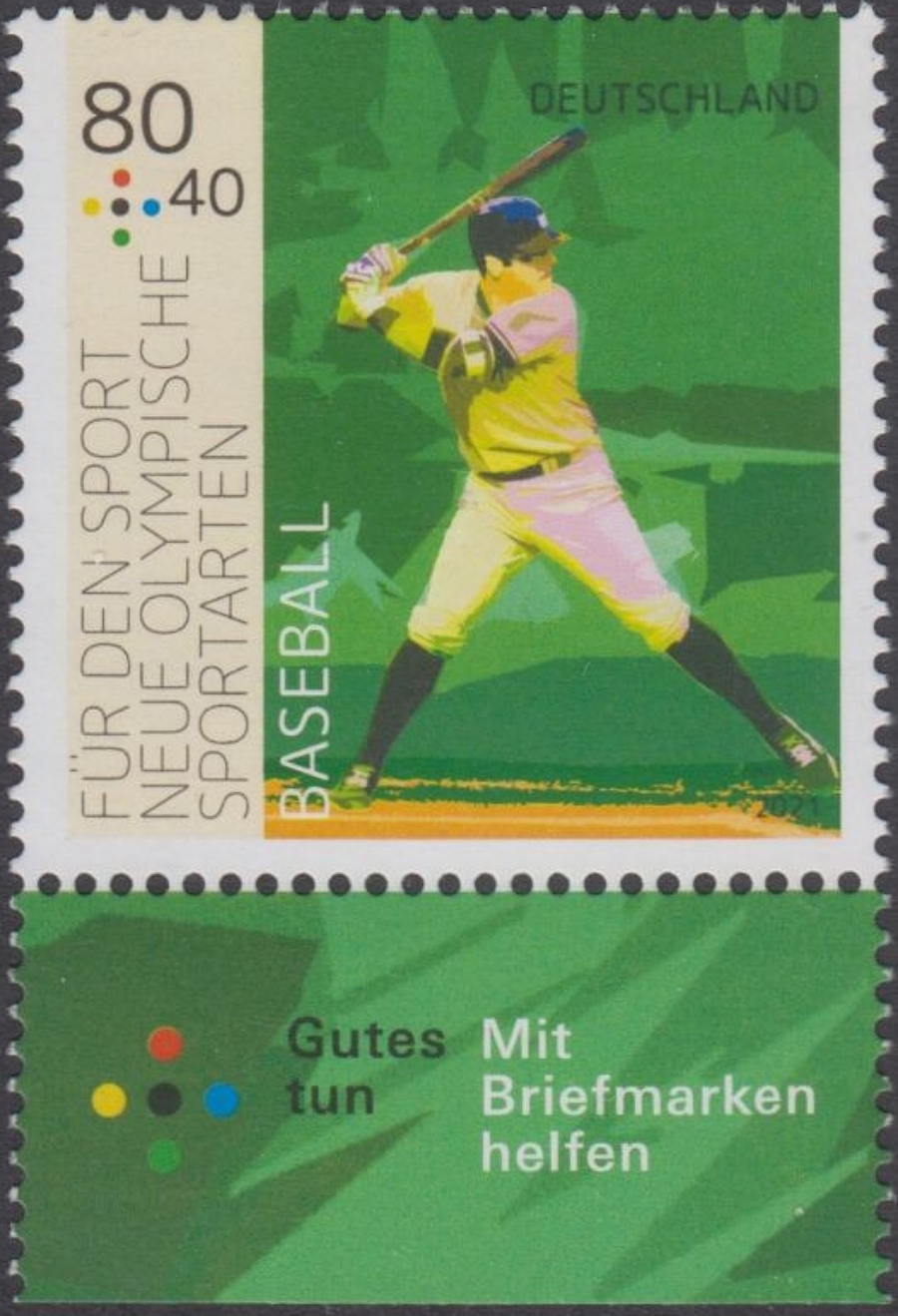 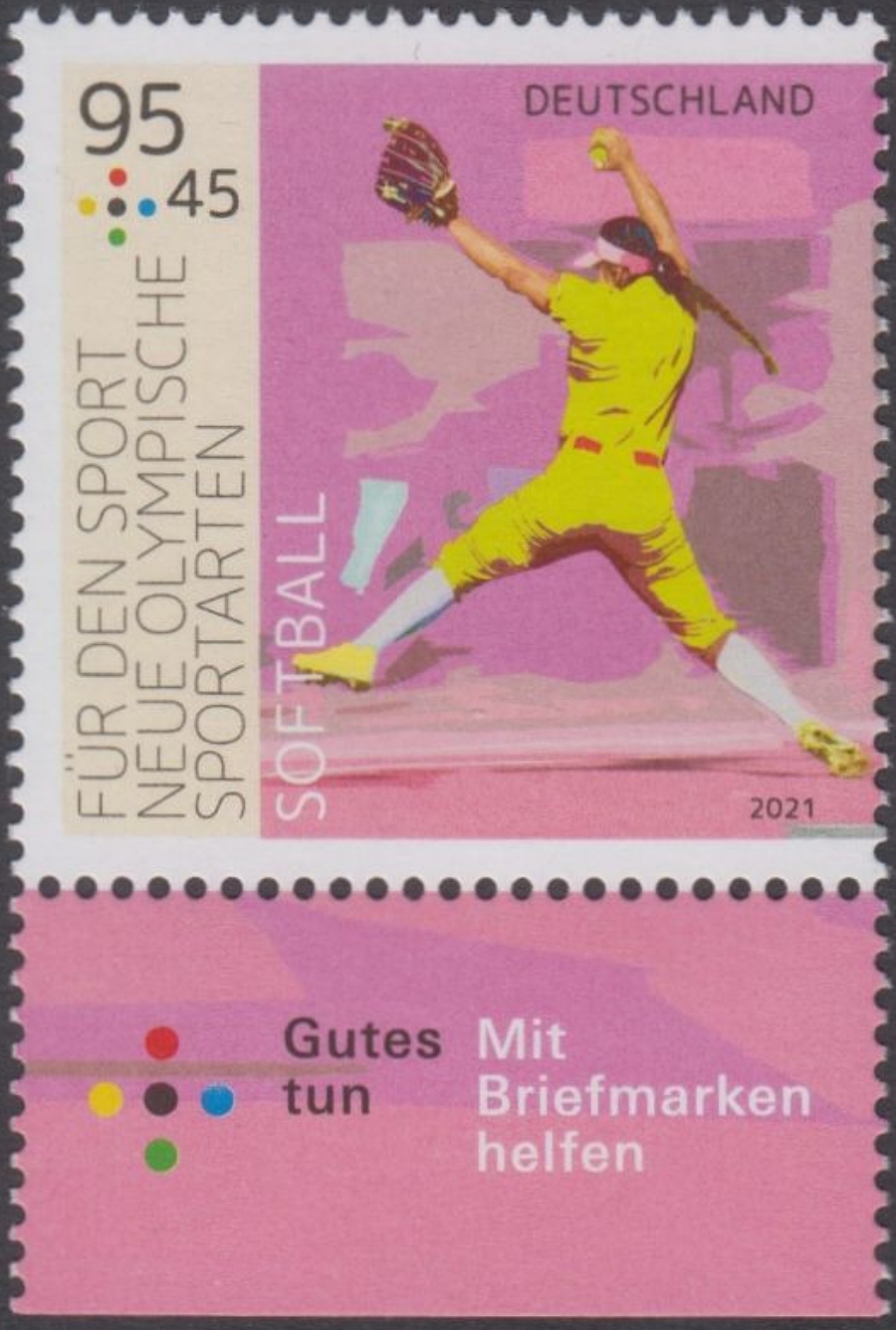 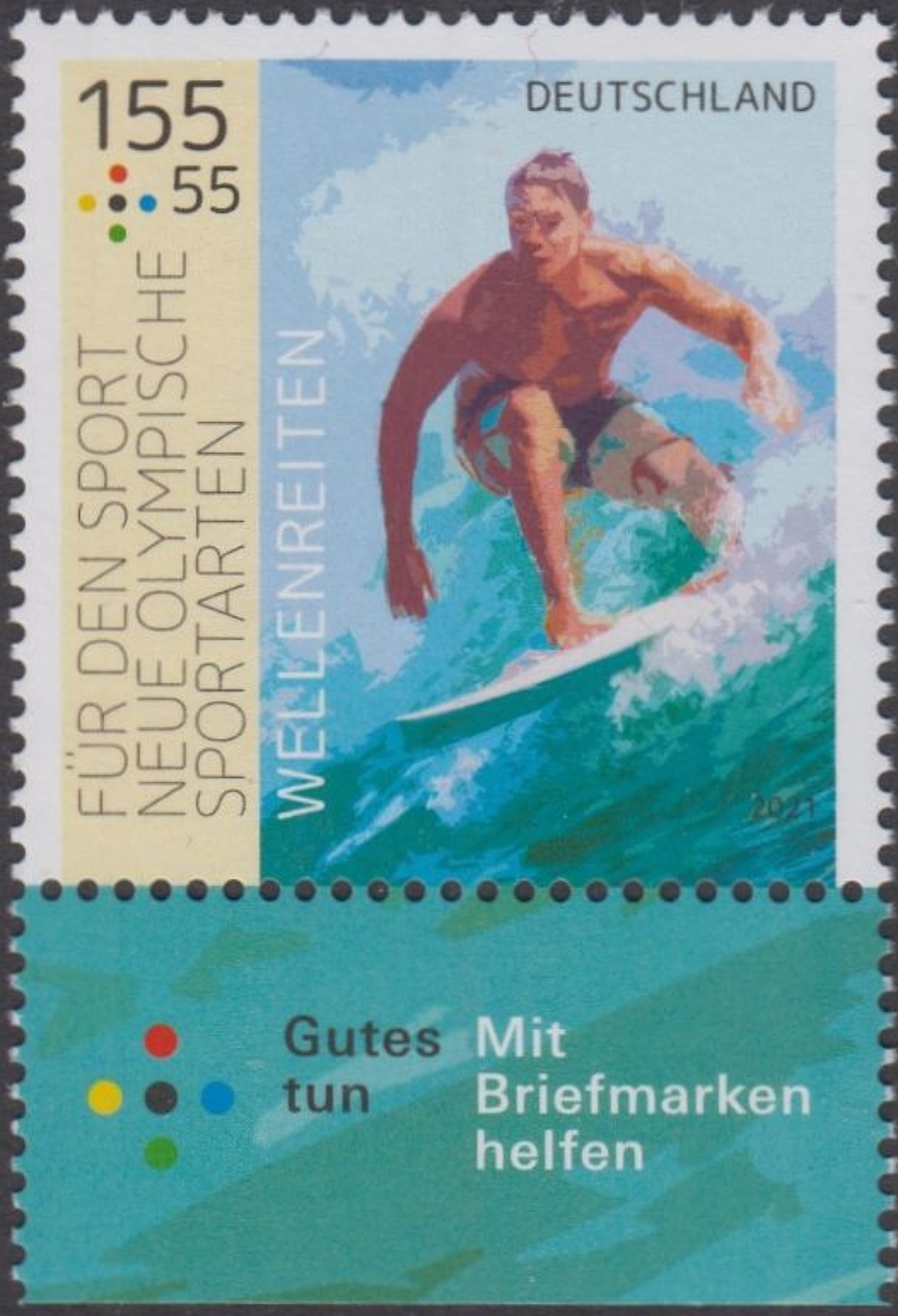 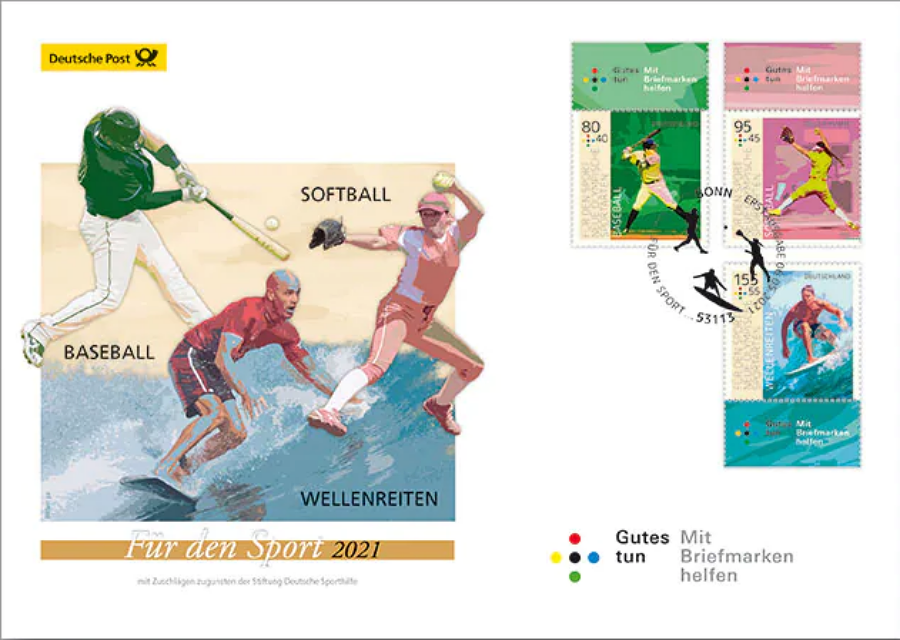 As part of a goal to control costs and ensure that the Olympics remain “relevant to sports fans of all generations”, the IOC assessed the 26 sports contested at the 2012 Olympics, with the remit of dropping one sport and retaining 25 “core” sports to join new entrants golf and rugby sevens at the 2020 Games. This move would bring the total number of sports to 27, one less than the requirement of 28 for the 2020 Olympics program, thus leaving a single vacancy that the IOC would seek to fill from a shortlist containing seven unrepresented sports, as well as the sport that had been dropped from the 2012 program.

On 12 February 2013, IOC leaders voted to drop wrestling from the “core” program for the 2020 Games; this decision surprised many news outlets, given that the sport’s role in the Olympics dates back to the ancient Olympic Games, and was included in the original program for the modern Games. The New York Times felt that the decision was based on the shortage of well-known talent and the absence of women’s events in the sport. Wrestling was duly added to the shortlist of applicants for inclusion in the 2020 Games, alongside the seven new sports that were put forward for consideration.

On 29 May 2013, it was announced that three of the eight sports under consideration had made the final shortlist: baseball/softball, squash and wrestling. The other five sports were rejected at this point: karate, roller sports, sport climbing, wakeboarding, and wushu. At the 125th IOC Session on 8 September 2013, wrestling was chosen to be included in the Olympic program for 2020 and 2024. Wrestling secured 49 votes, while baseball/softball and squash received 24 votes and 22 votes respectively.

Under new IOC policies that shift the Games to use an “event-based” program rather than a “sport-based” program, the host organizing committee can now also propose the addition of sports to the program. This rule is designed to allow sports that are popular in the host country to be added to the program in order to improve local interest. As a result of these changes, a list of eight sports was unveiled on 22 June 2015, consisting of baseball/softball, bowling, karate, roller sports, sport climbing, squash, surfing, and wushu. On 28 September 2015, the organizers submitted their shortlist of five proposed sports to the IOC: baseball/softball, karate, sport climbing, surfing, and skateboarding. These five new sports were approved on 3 August 2016 by the IOC during the 129th IOC Session in Rio de Janeiro, Brazil, and are to be included in the sports program for 2020 only, bringing the total number of sports at the 2020 Olympics to 33.

Part of the magic of watching the Olympics, even from afar, is seeing how a country transforms itself into a playground for sport. This summer at the postponed Olympics and Paralympics in Tokyo, there will be a total of 33 sports played, at the most competitive level, over the span of several weeks. Even more exciting? Japan will add several new Olympic sports, which will make use of the country’s land and sea. From surfing to climbing, here’s a look at each of the sports being added this year—and where to catch them outside of the Summer Games.

Olympic surfers will make their debut this summer at Tsurigasaki Beach on Japan’s Pacific coast. Greg Cruse, the CEO of USA Surfing, says the Brazil men’s team and Australia’s women’s team are expected to be strong competitors, thanks to a mix of athlete talent and experience in similar waters. Cruse also suggests keeping an eye on Kanoa Igarashi, a Huntington Beach, California–native competing for Japan.

Where else to experience it: In Hawaii or Tahiti, where the sport likely originated. “You can’t beat the North Shore of Oahu in the winter,” says Cruse. And you don’t even need to hop in the water for a taste of the action. “You’ll have a front-row seat to some of the most impressive surf in the world at the Banzai Pipeline, where it breaks just a few feet from shore. You can actually feel the thundering of the waves through the ground.” Beyond Hawaii, Cruse suggests heading to Teahupo’o, Tahiti, where Olympic surfers will compete during the Paris 2024 Summer Games (the island is French territory).

Skateboarding athletes will compete in two Olympic disciplines: park (which takes place in a hollowed-out bowl for spins and tricks) and street (a course of rails, stairs, and benches). But not all skateboarders are enthused about the sport being included in the Games, sharing fears that widespread commercialization will jeopardize the culture of the sport. The United States, Japan, Brazil, and Portugal all have strong world rankings, though others are putting their bets on the host country.

Where else to experience it: In Barcelona, which is sometimes referred to as the world’s “Mediterranean mecca” for skateboarding, thanks to the city’s relaxed lifestyle and many skate spots. Or, head to Los Angeles, the birthplace of modern-day sport, where you’ll find skate shops and parks strewn across the city. (Venice’s boardwalk and skate park are popular hubs.)

In Olympic sport climbing, athletes will traverse a wall dotted with holds of different shapes and sizes, competing in speed (climbing a 50-foot wall as fast as possible), bouldering (scaling a number of fixed routes in a set time), and lead (trying to climb as high as possible in a given amount of time). Japan is one to watch, with as it’s currently the only country other than the U.S. to have its team of four set.

Where else to experience it: In Chamonix, France, where the International Federation of Sport Climbing World Cup—an athlete- and fan-favorite—takes place with the snowy peaks of the Alps as a backdrop. Or, stay stateside and visit California’s Joshua Tree, where you can tap climbing guides to take you out for the day.

Next summer, male and females karatekas will compete in two forms of karate: kata (a solo form of karate) and kumite (sparring). The competition will take place in Nippon Budokan, which held the very first Karate World Championships in 1970. Front runners come from all over the globe, with standouts from Spain, Japan, Turkey, and China.

Where else to experience it: Not far from Tokyo, Okinawa, Japan, is the birthplace of karate. It is filled with dojos (places to practice karate), many of which are open to visitors.

Technically these two are not new Olympic sports; rather, they’re being reintroduced after their last appearance in 2008. Baseball and softball are quite similar to one another, with small differences. Softball tends to be quicker than baseball, with a smaller field, more hitting (thanks to a bigger ball), and just seven innings (versus baseball’s nine). Competition for both sports will likely come from the host country: In Japan, baseball is the national sport and Team Japan is ranked number one in the world in softball. USA Baseball has yet to qualify (the qualifying event has been postponed until June), and Australia, Canada, Italy, and Mexico are the only other countries competing.

Where else to experience it: Japan or South Korea. Japan’s Nippon Professional Baseball League and South Korea’s KBO League are both popular with traveling baseball fans—and really, any traveler looking to pass an afternoon. The stadiums’ energy is what makes the experience so worthwhile. “We absolutely love playing in the Tokyo Dome,” says Haylie McCleney of Team USA Softball. “It’s home to the Tokyo Giants professional baseball team and hosts many professional baseball and softball tournaments throughout the year. The stadium gets packed and you can tell the fans truly love the game.” 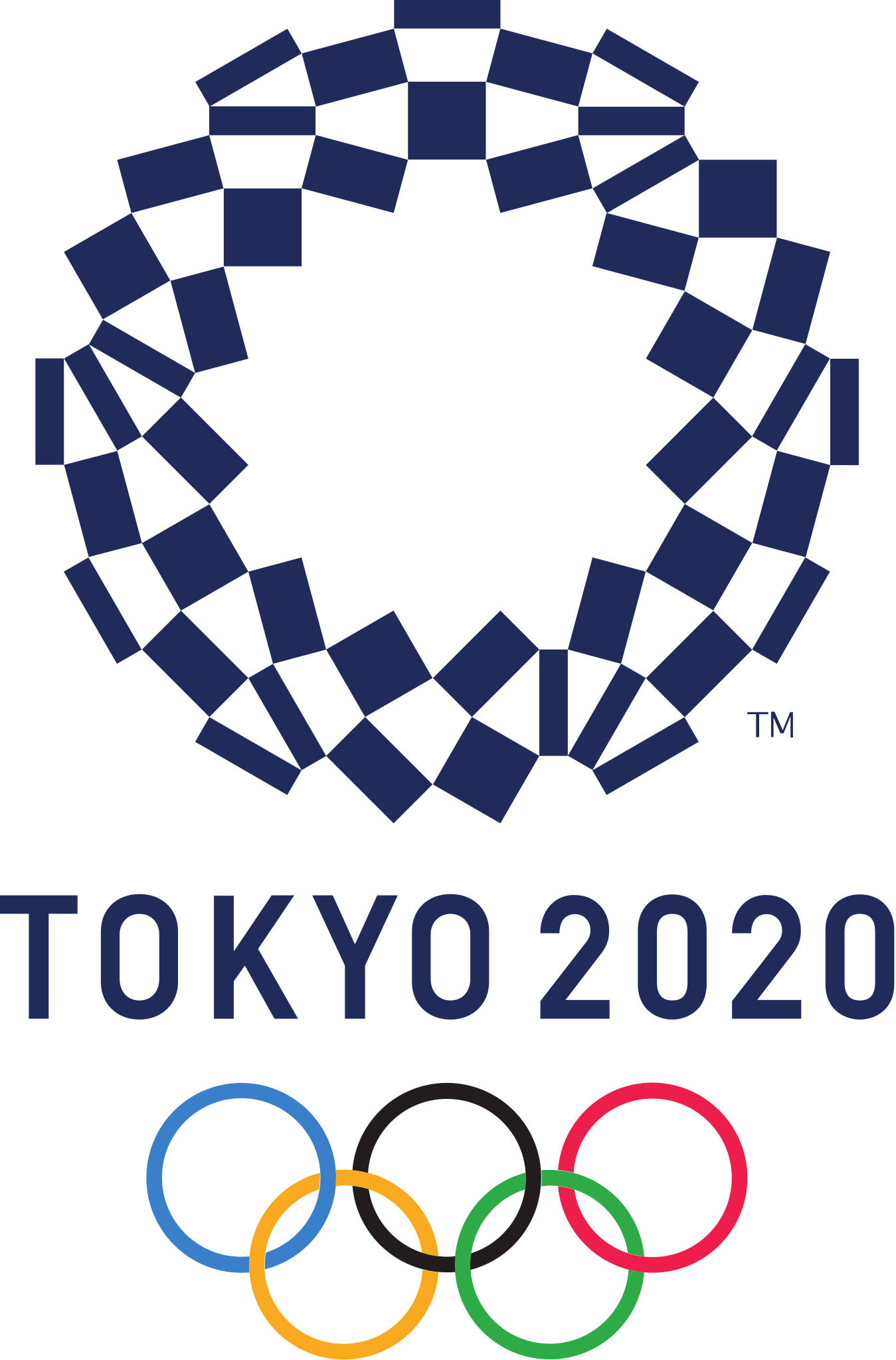