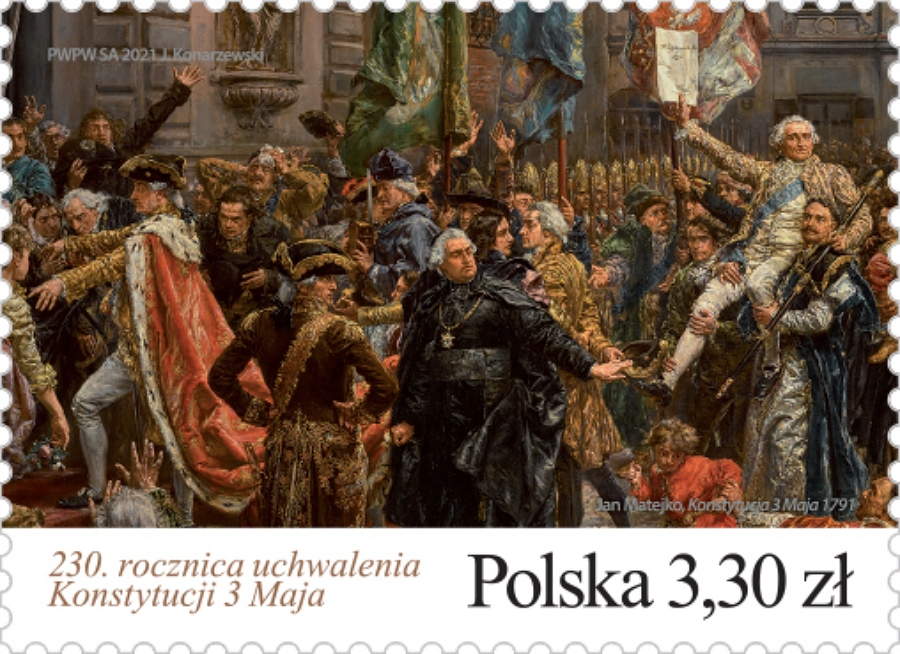 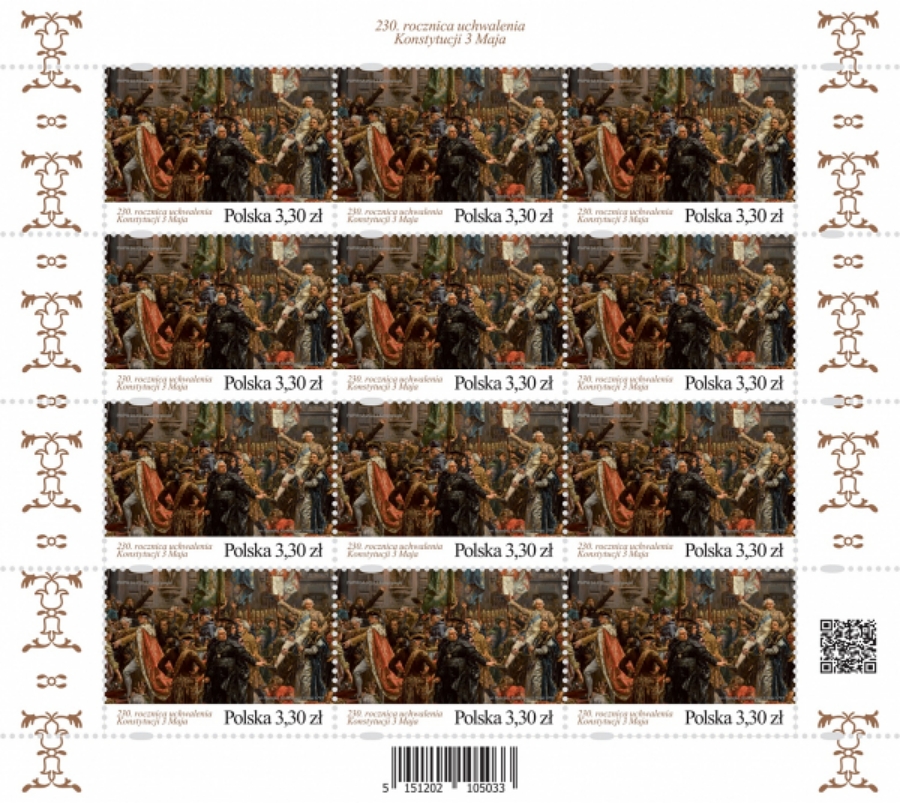 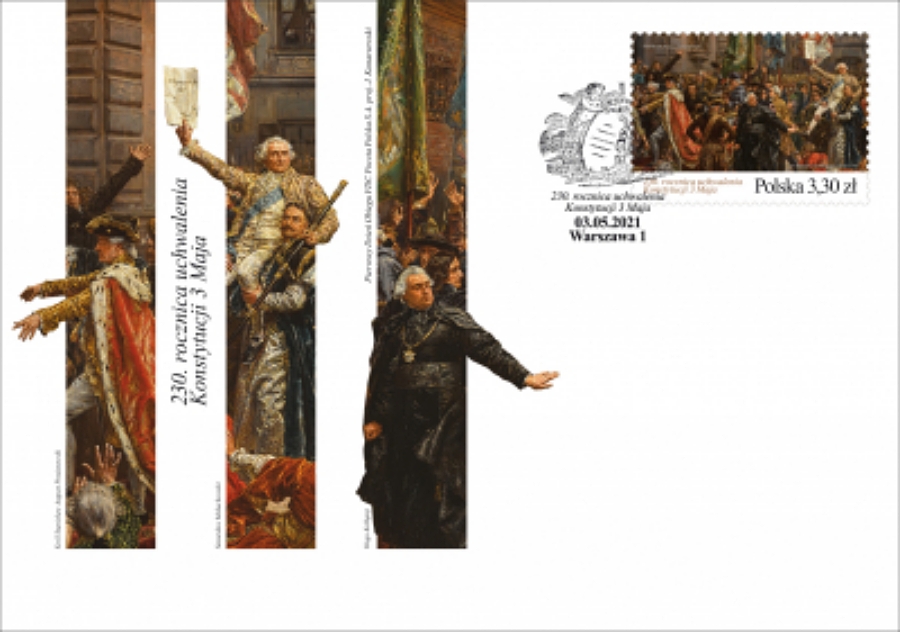 The Constitution of 3 May 1791[1] (Polish: Konstytucja 3 maja; Lithuanian: Gegužės trečiosios konstitucija), titled the Governance Act (Polish: Ustawa Rządowa), was a constitution adopted by the Great Sejm (“Four-Year Sejm”, meeting in 1788–92) for the Polish–Lithuanian Commonwealth, a dual monarchy comprising the Crown of the Kingdom of Poland and the Grand Duchy of Lithuania. The Constitution was designed to correct the Commonwealth’s political flaws. It had been preceded by a period of agitation for — and gradual introduction of — reforms, beginning with the Convocation Sejm of 1764 and the ensuing election that year of Stanisław August Poniatowski, the Commonwealth’s last king.

The Constitution sought to implement a more effective constitutional monarchy, introduced political equality between townspeople and nobility, and placed the peasants under the government’s protection, mitigating the worst abuses of serfdom. It banned pernicious parliamentary institutions such as the liberum veto, which had put the Sejm at the mercy of any single deputy, who could veto and thus undo all the legislation adopted by that Sejm. The Commonwealth’s neighbors reacted with hostility to the adoption of the Constitution. King Frederick William II broke Prussia’s alliance with the Polish-Lithuanian Commonwealth. He joined with Catherine the Great’s Imperial Russia and the Targowica Confederation of anti-reform Polish magnates to defeat the Commonwealth in the Polish–Russian War of 1792.

The 1791 Constitution was in force for less than 19 months. It was declared null and void by the Grodno Sejm that met in 1793, though the Sejm’s legal power to do so was questionable. The Second and Third Partitions of Poland (1793, 1795) ultimately ended Poland’s sovereign existence until the close of World War I in 1918. Over those 123 years, the 1791 Constitution helped keep alive Polish aspirations for the eventual restoration of the country’s sovereignty. In the words of two of its principal authors, Ignacy Potocki and Hugo Kołłątaj, the 1791 Constitution was “the last will and testament of the expiring Homeland.”

The Constitution of 3 May 1791 combined a monarchic republic with a clear division of executive, legislative, and judiciary powers. It is generally considered Europe’s first and the world’s second, modern written national constitution, after the United States Constitution that had come into force in 1789.

Like many Matejko works, the picture presents a grand scene populated with numerous historic figures, including Poland’s last King, Stanisław August Poniatowski; Marshals of the Great Sejm Stanisław Małachowski and Kazimierz Nestor Sapieha; co-authors of the Constitution such as Hugo Kołłątaj and Ignacy Potocki; and other major contemporary figures such as Tadeusz Kościuszko. Some twenty individuals have been identified by modern historians; another ten or so who had been reported in older sources as being present, await definitive identification.

The picture was painted between January and October 1891 to commemorate the Constitution’s centenary. It was one of the last works by Matejko, who died in November 1893. The painting was displayed in Lwów (now Lviv, Ukraine) until 1920, when it was moved to Kraków. It was hidden during World War II and later moved to Warsaw, where it now hangs in the Royal Castle.

A sketch of the work was presented in the cycle, History of Civilization in Poland.

Matejko began work on the painting in mid–January 1891, to coincide with the Constitution’s centenary. Although the painting was not finished until October, by 3 May it was sufficiently advanced to be shown at the anniversary exhibition in Kraków’s Sukiennice. On 7 April 1892, Matejko transferred the painting to Prince Eustachy Stanisław Sanguszko, marshal of the Galician Sejm in Lwów, and it was displayed in the Sejm building (now the main building of Lviv University). The painting was one of the last by Matejko, who died in November 1893.