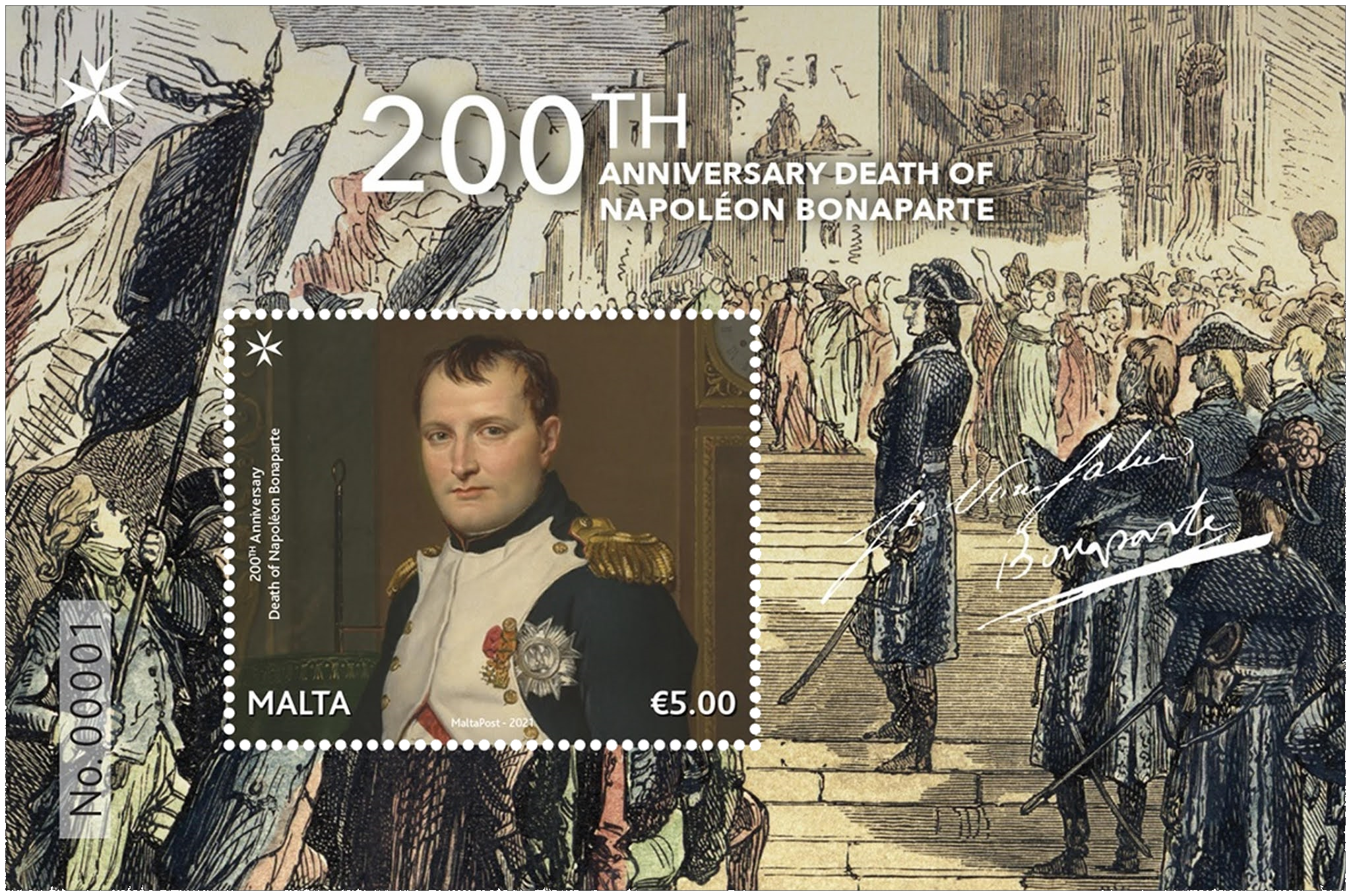 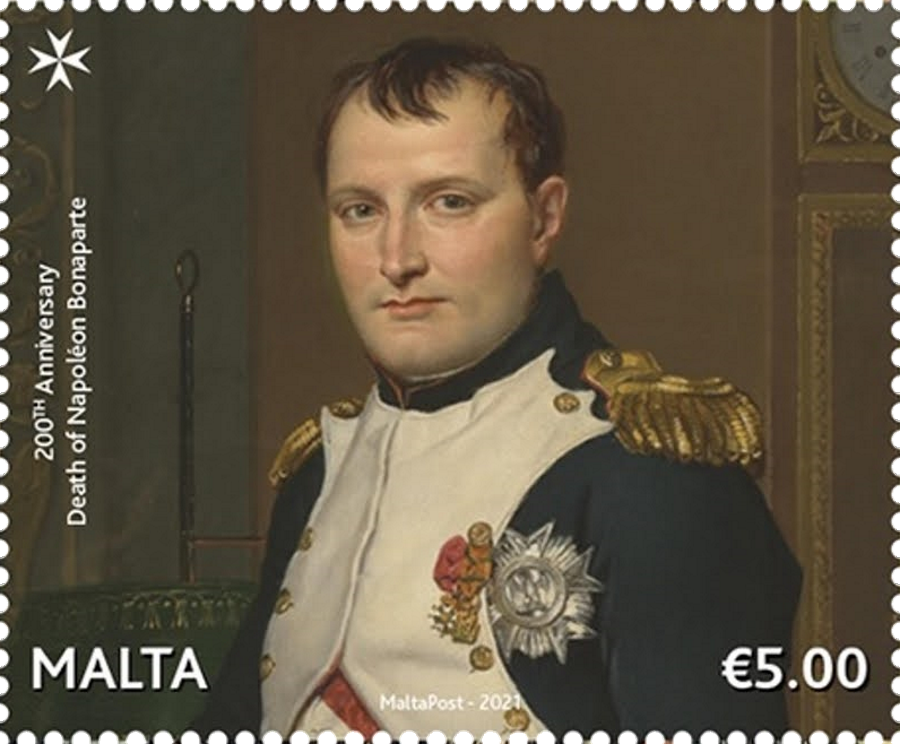 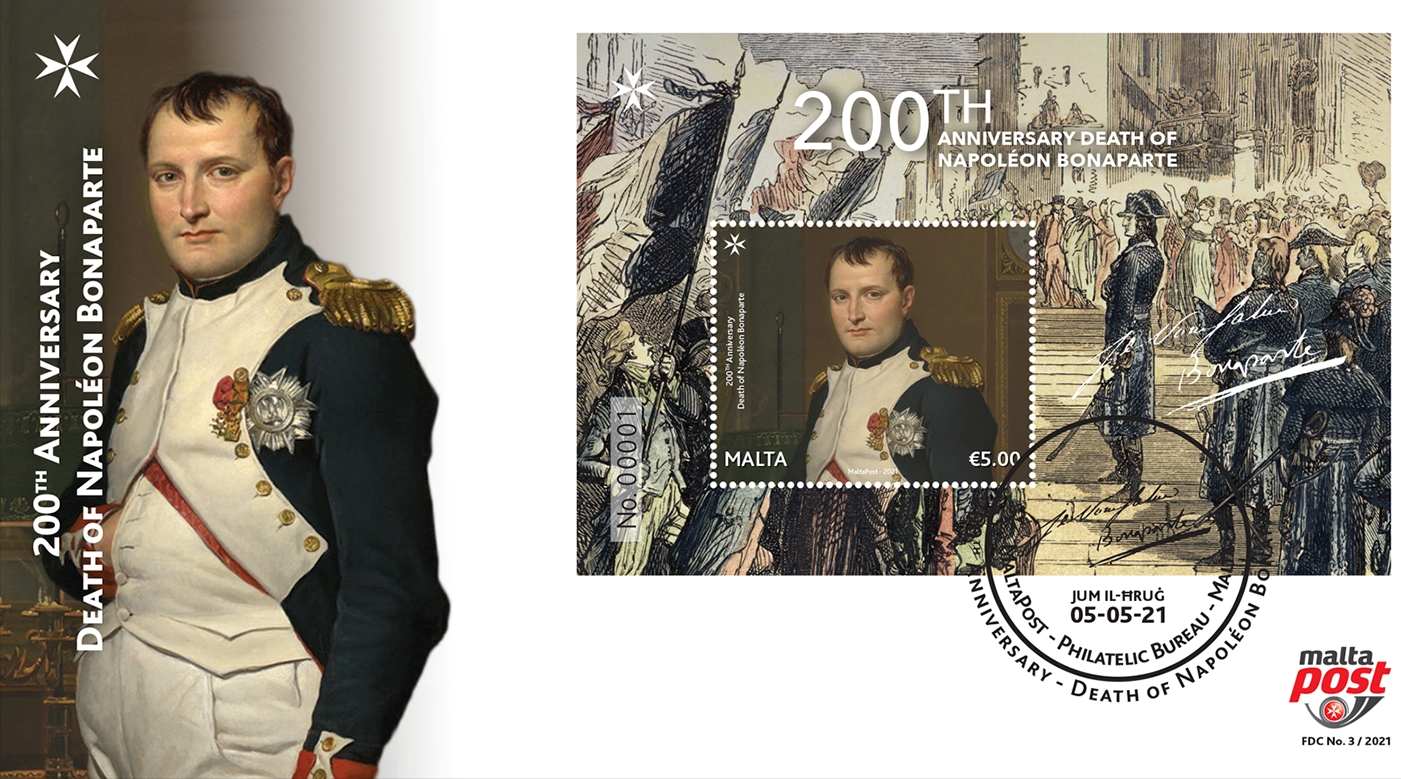 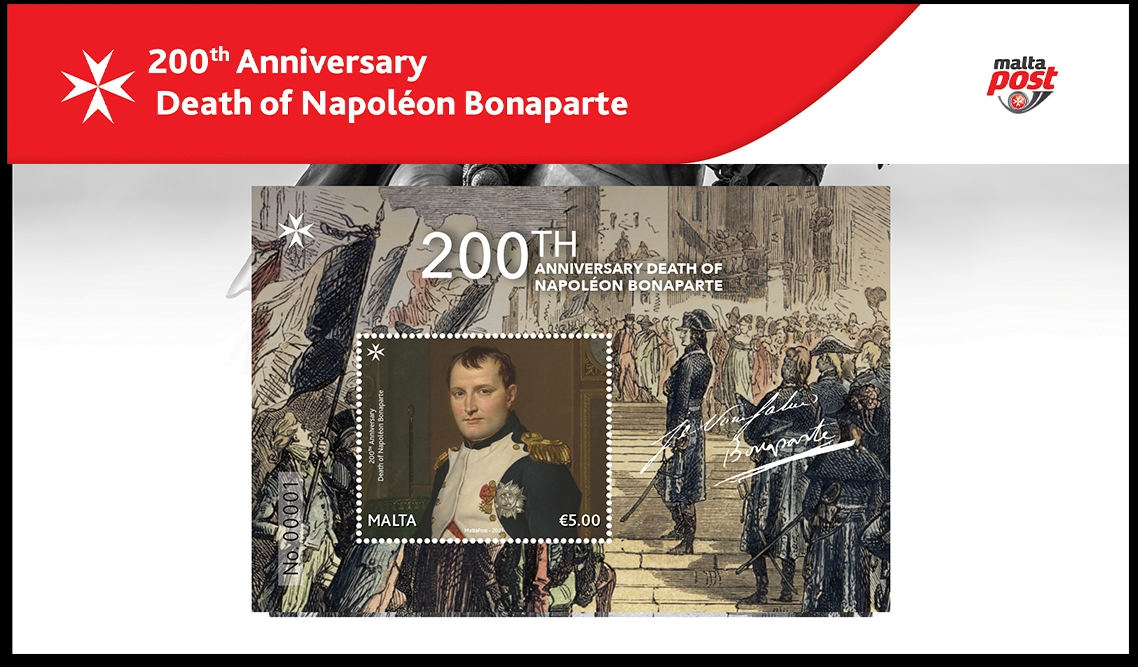 The great French military leader and emperor, Napoleon Bonaparte, was born on August 15th 1769, in Corsica, the second of eight surviving children. His father, Carlo Buonaparte was a well-respected lawyer and a member of a noble Italian family. The year before Napoleon’s birth, France had acquired island of Corsica from the city-state of Genoa, Italy. He eventually adopted a French spelling of his last name. Napoleon received his education in France and graduated from a French military academy at the age of 16 becoming a second lieutenant in the French Army.

Napoleon gained fame in 1793 when he helped defeat the British colonisation of the French city of Toulon. He soon became a respected military adviser, working his way up to the rank of captain, commander, general and then Emperor.

During his long career, Napoleon conquered and controlled most of Europe. In 1798 he took control of the Maltese Islands ending the 268-year-long presence of the Knights Hospitaller in Malta. Following his disastrous invasion of Russia in 1812, he gave up the throne two years later and was exiled to the island of Elba. In 1815, he sought to return to power though after a crushing defeat at the Battle of Waterloo, he abdicated once the remote island of Saint Helena, where he died in again and was exiled to 1821 aged 51.

Napoleon is acknowledged as having made lasting contributions to France and Europe. He brought an end to France’s post-revolution chaos and while also managing to turn around the country’s economy within a short while. He centralised the government, reorganised the educational systems and the entire legal structure by replacing it with a fair and modern legal code. He reached an agreement with the Catholic Church so as to allow the freedom of choice also in religion while also allowing citizen rights to Jews.

Napoleon Bonaparte is widely recognised as one of the greatest military strategists and finest commanders in history. He fought more than 70 battles, and his military tactics were an inspiration to others. Many of his contributions are still in effect to this very day, and his empire, accompanied by his legal and other reforms, also helped provide a basis for the European Union.

Napoleon was responsible for spreading the values of the French Revolution to other countries, especially in legal reform. Napoleon did not touch serfdom in Russia.

Napoleon’s set of civil laws, the Code Civil — now often known as the Napoleonic Code — was prepared by committees of legal experts under the supervision of Jean Jacques Régis de Cambacérès, the Second Consul. Napoleon participated actively in the sessions of the Council of State that revised the drafts. The development of the code was a fundamental change in the nature of the civil law legal system with its stress on clearly written and accessible law. Other codes (“Les cinq codes“) were commissioned by Napoleon to codify criminal and commerce law; a Code of Criminal Instruction was published, which enacted rules of due process.

After the fall of Napoleon, not only was the Napoleonic Code retained by conquered countries including the Netherlands, Belgium, parts of Italy and Germany, but has been used as the basis of certain parts of law outside Europe including the Dominican Republic, the U.S. state of Louisiana and the Canadian province of Quebec. The code was also used as a model in many parts of Latin America.

The memory of Napoleon in Poland is favorable, for his support for independence and opposition to Russia, his legal code, the abolition of serfdom, and the introduction of modern middle class bureaucracies.

Napoleon could be considered one of the founders of modern Germany. After dissolving the Holy Roman Empire, he reduced the number of German states from about 300 to fewer than 50, prior to German Unification. A byproduct of the French occupation was a strong development in German nationalism which eventually turned the German Confederation into the German Empire after a series of conflicts and other political developments.

Napoleon indirectly began the process of Latin American independence when he invaded Spain in 1808. The abdication of King Charles IV and renunciation of his son, Ferdinand VII created a power vacuum that was filled by native born political leaders such as Simón Bolívar and José de San Martín. Such leaders embraced nationalistic sentiments influenced by French nationalism and led successful independence movements in Latin America.

Napoleon also significantly aided the United States when he agreed to sell the territory of Louisiana for 15 million dollars during the presidency of Thomas Jefferson. That territory almost doubled the size of the United States, adding the equivalent of 13 states to the Union.

From 1796 to 2020, at least 95 major ships were named for him. In the 21st century, at least 18 Napoleon ships are operated under the flag of France, as well as Indonesia, Germany, Italy, Australia, Argentina, India, Netherlands, and the United Kingdom.