Ah! The Penny Black…. The world’s very first postage stamp. Perhaps the best known stamp in the world (although the Inverted Jenny and the One Cent Magenta may compete for that title). Is it the most popular stamp? Well, I believe most “true” philatelists would like to own one. They are not really that expensive although most of the beginners on a budget may hold off a long while before trying to purchase one. I’ve now had three in my collection — I had a really nice four-margins, lightly cancelled Penny Black as well as an early on-cover usage years ago.  I sold both of those at an auction held during the Pacific 97 exhibition in San Francisco. Currently, my only Penny Black is a slightly cut-in version from Plate 1a bearing my initials — “MJ” — as the control letters in the corners as seen below. 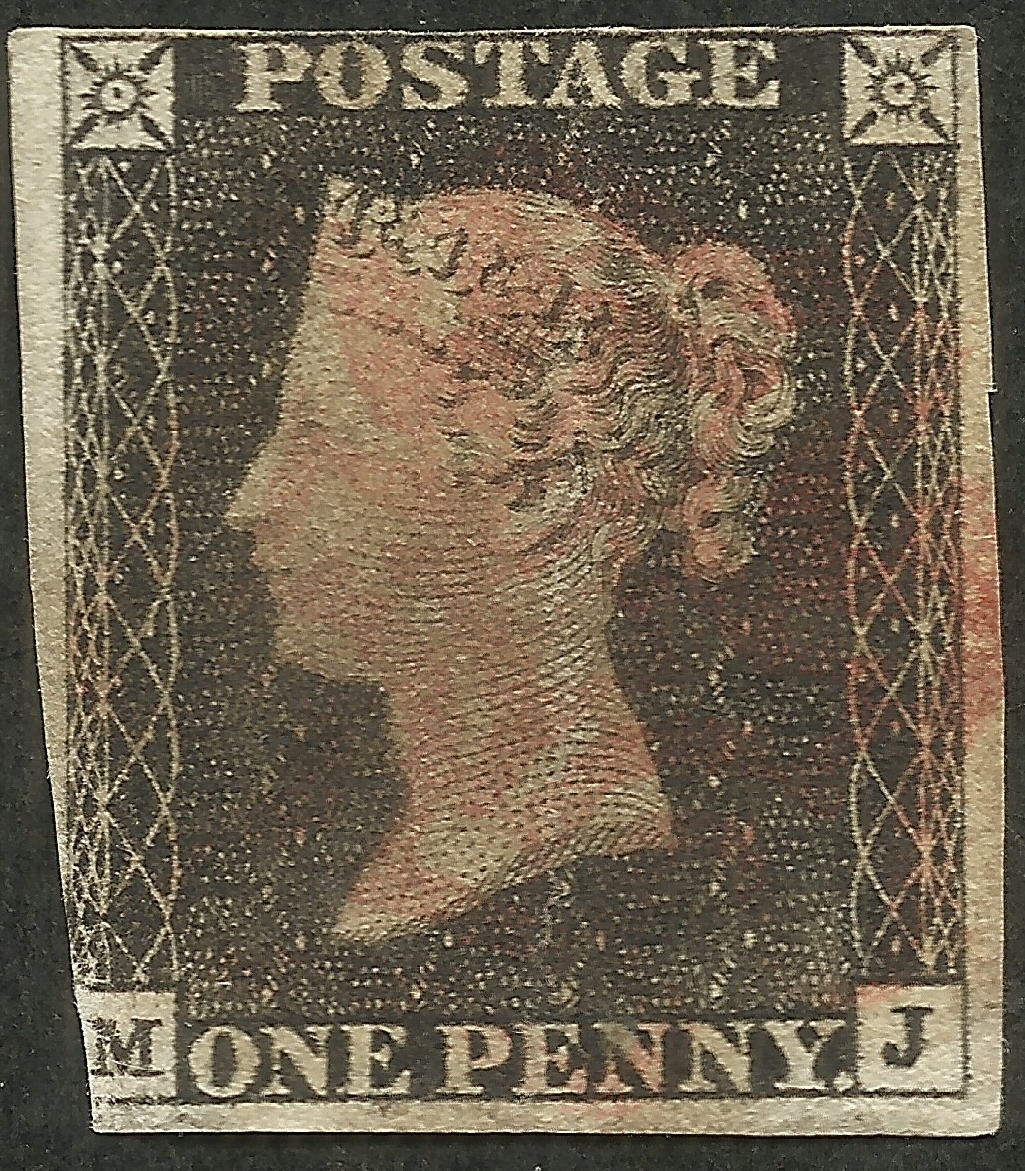 Now, an explanation of dates.  The first day the Penny Black came into postal validity was 6 May 1840.  However, I believe they were first sold in most London post offices on 2 May — hence “Penny Black Day” — but there is a lot of ambiguity about that. I do know there is one cover known postmarked the day before (1 May) and several from 2 May. But I had a difficult time trying to track down a definitive answer on the first date of issue matter this afternoon.  There were A LOT of “Happy Penny Black Day” posts in my Twitter feed today, however — many from prominent philatelists and organizations. So, I needed very little prompting as it gave me my idea for today’s “Cover of the Day”.

Oh, if only I still had that long-sold cover bearing a Penny Black (and my memory is such that I can no longer recall details other than it was a beauty and the auction paid for my flight back home from San Francisco). It turns out that I only have ONE cover in my entire collection that even mentions the Penny Black and it doesn’t even bear the famous design we all know and love. 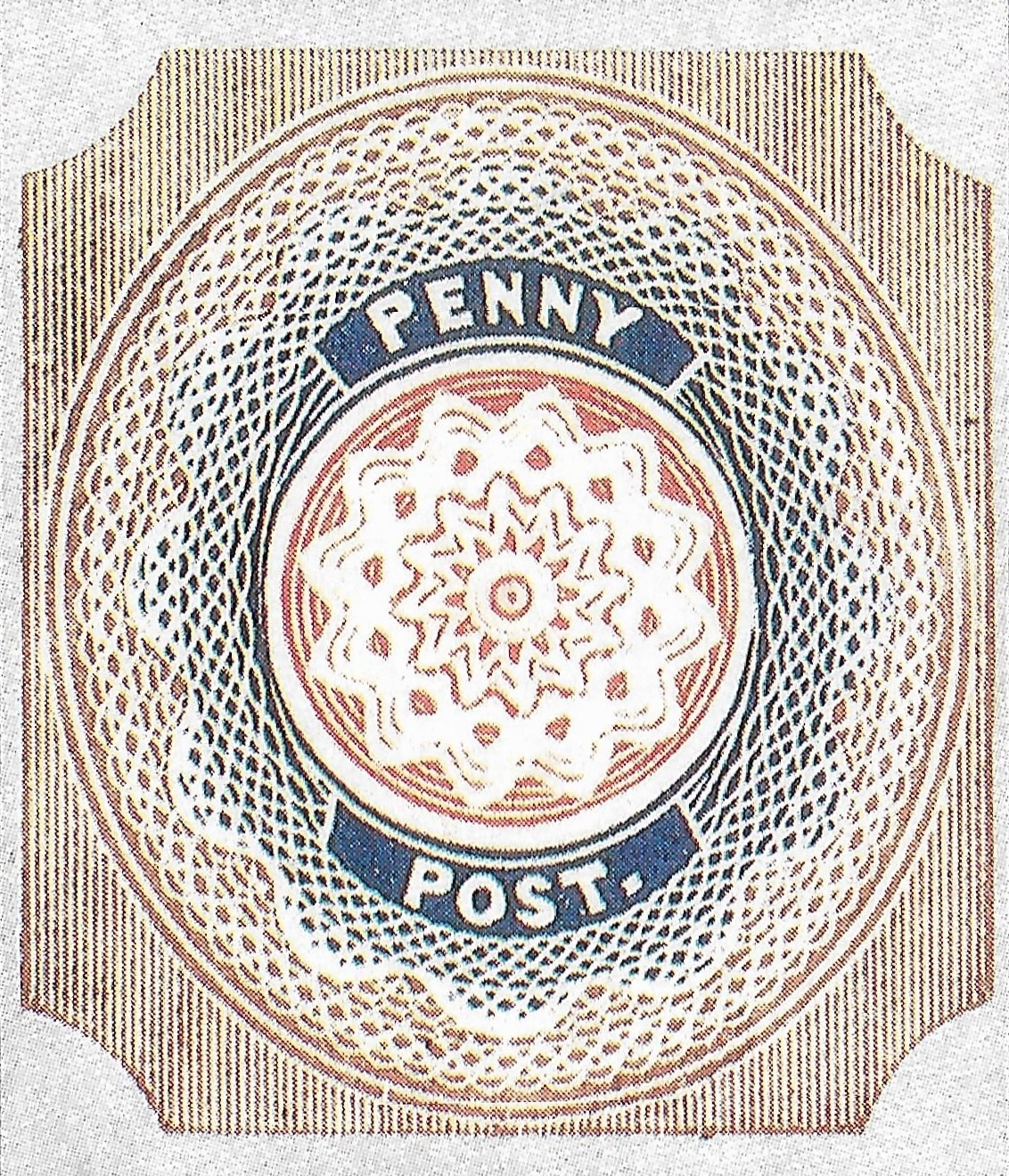 The stamp on today’s cover shows an early design idea for the pre-paid postage stamp — the result of a competition announced by Sir Rowland Hill and Henry Cole. This contest for stamp and envelope designs was conducted by Her Majesty’s Treasury in September 1839. The design essay portrayed here was by created by engraver Robert W. Sievier, one of several designs he submitted. Servier felt that the stamp should have an embossed subject in the center (for example, a portrait of the Queen, the Royal Arms, etc.) and that the background should feature elaborate engine-turning and be printed in two or more colors. 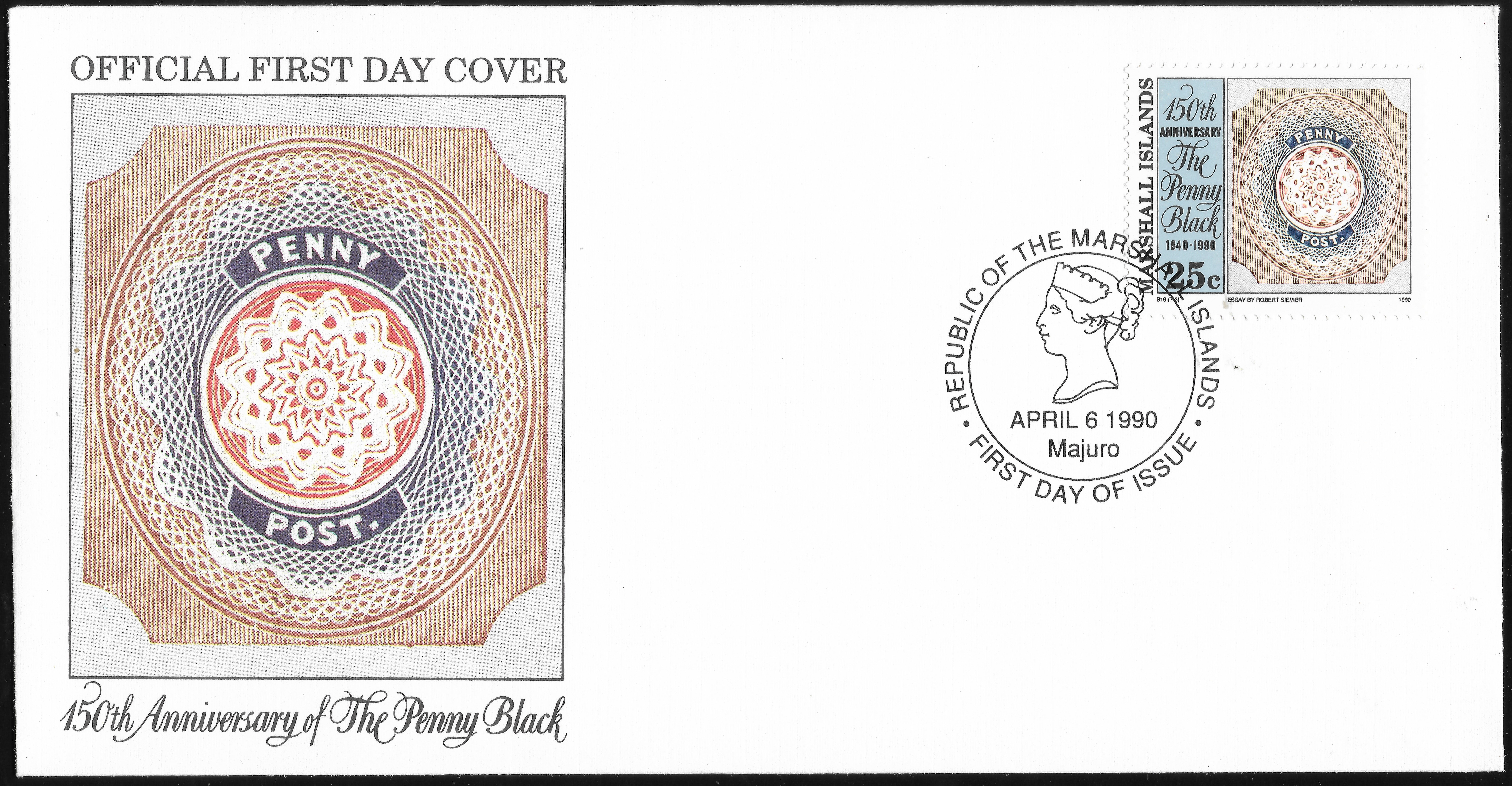 The 25-cent stamp was issued by the Marshall Islands on 6 April 1990 to mark the 150th anniversary of the Penny Black. This was part of a set of six stamps and one miniature sheet (Scott #370-376 — the one on this cover is #372).  All seven of these items were printed in a booklet pane with a decorative margin picturing part of a proof sheet of Penny Blacks separating the miniature sheet from the regular stamps. I wish I had one to show you as it sounds really nice. They were printed using the offset lithography process by Unicover Corporation of Cheyenne, Wyoming, in the United States who are better known for their first day covers than as stamp printers. I once visited their First Day Cover Museum in Cheyenne while on a family vacation when I was in junior high school. I believe that they acted as a new issues agent for Marshall Islands, Palau and Micronesia around that same time (circa 1980-1981). All of these stamps were denominated in U.S. dollars. 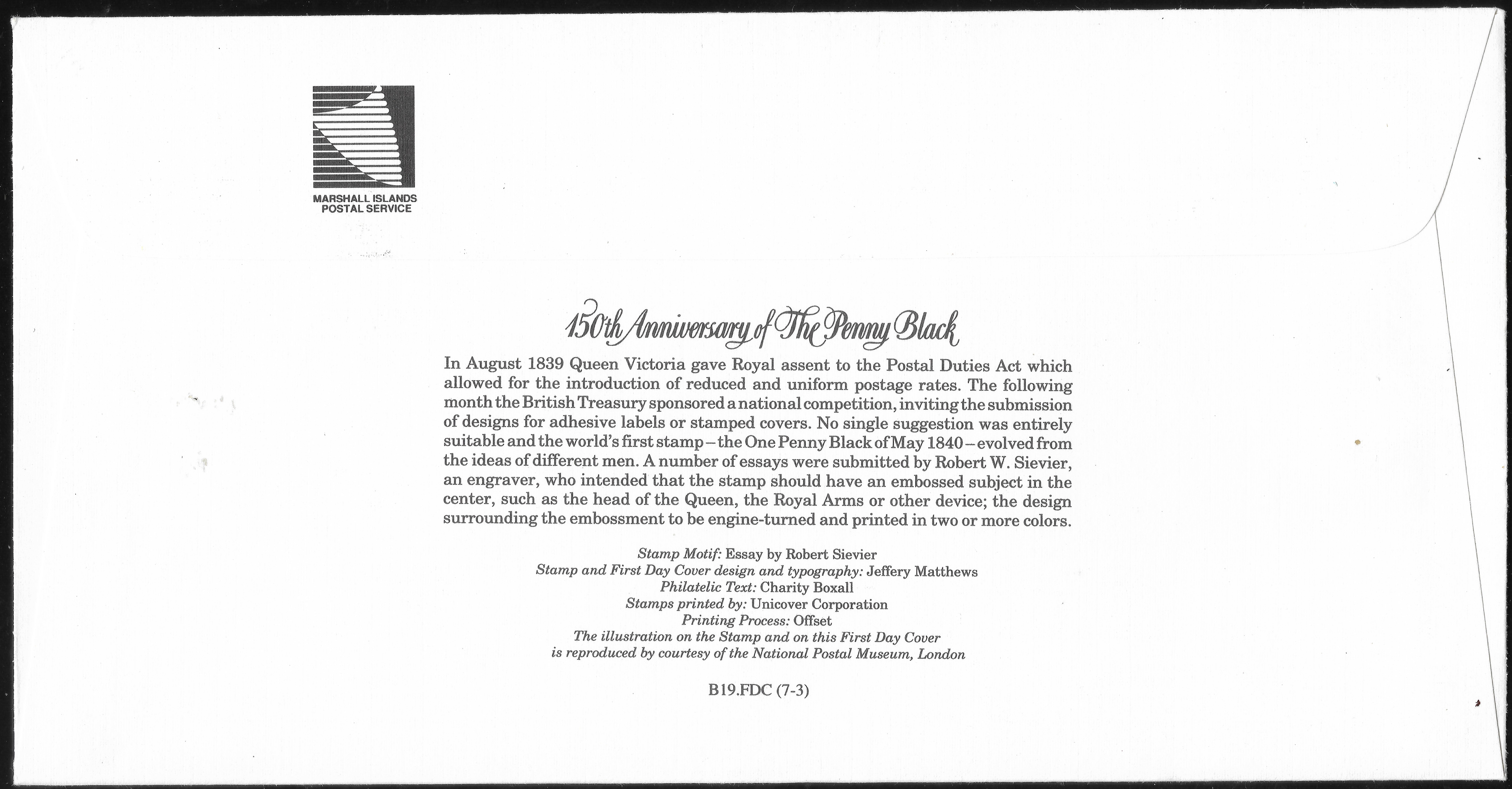 I wrote several lengthy (and well-illustrated) articles about Sir Rowland Hill and his ideas on postal reforms as well as the birth of our hobby of stamp collecting on my A Stamp A Day blog in 2018. Have a look if you would like to know more (and there is a wealth of literature about this stamp — plenty of books and websites, not to mention a pretty good Wikipedia page). Yes, I would state that this is the world’s most popular stamp, as well as the best known.  What do you think? Do you own one? Let me know in the Comments below.

6 May 2018: Sir Rowland Hill & the Birth of the Pre-Paid Postage Stamp