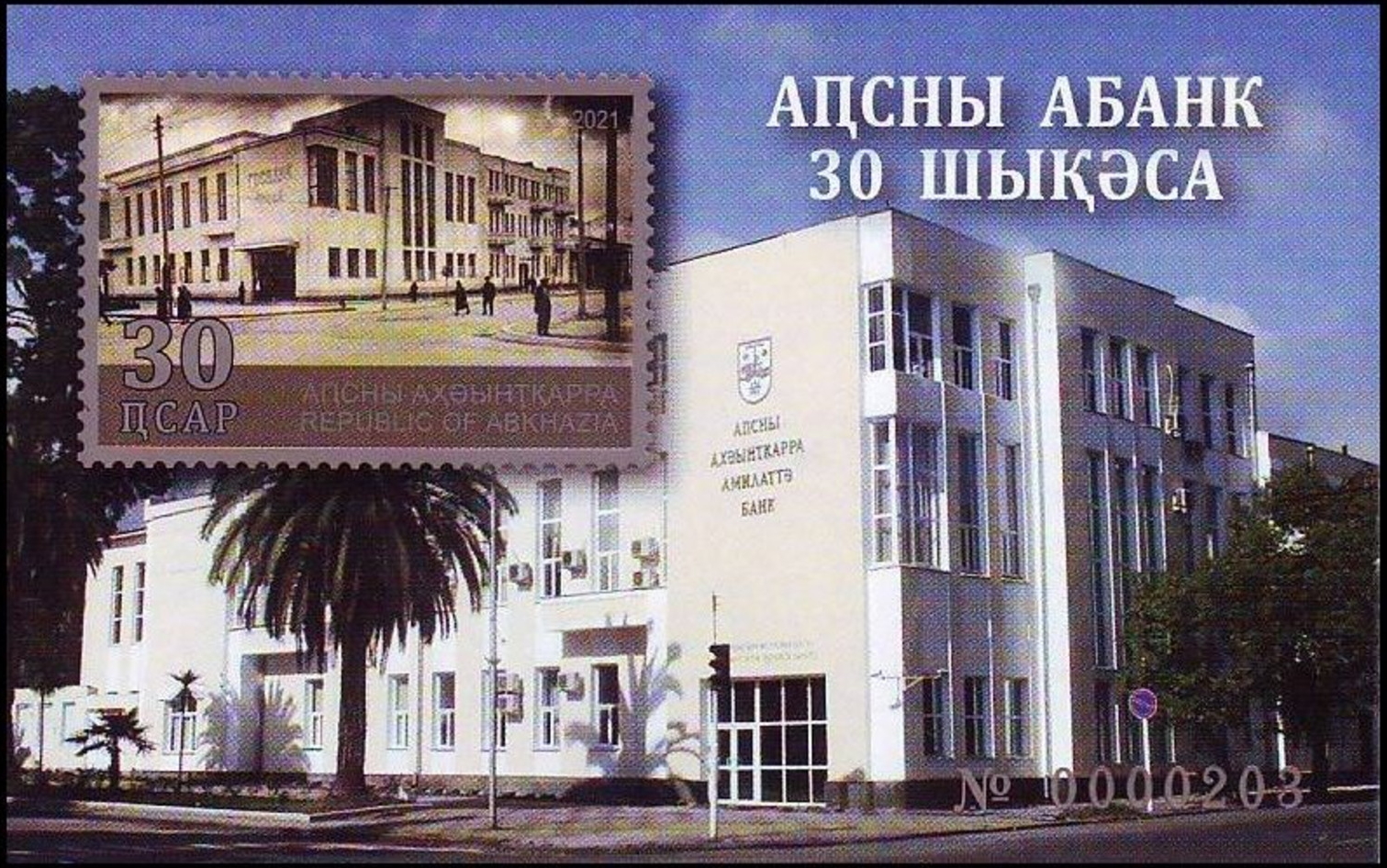 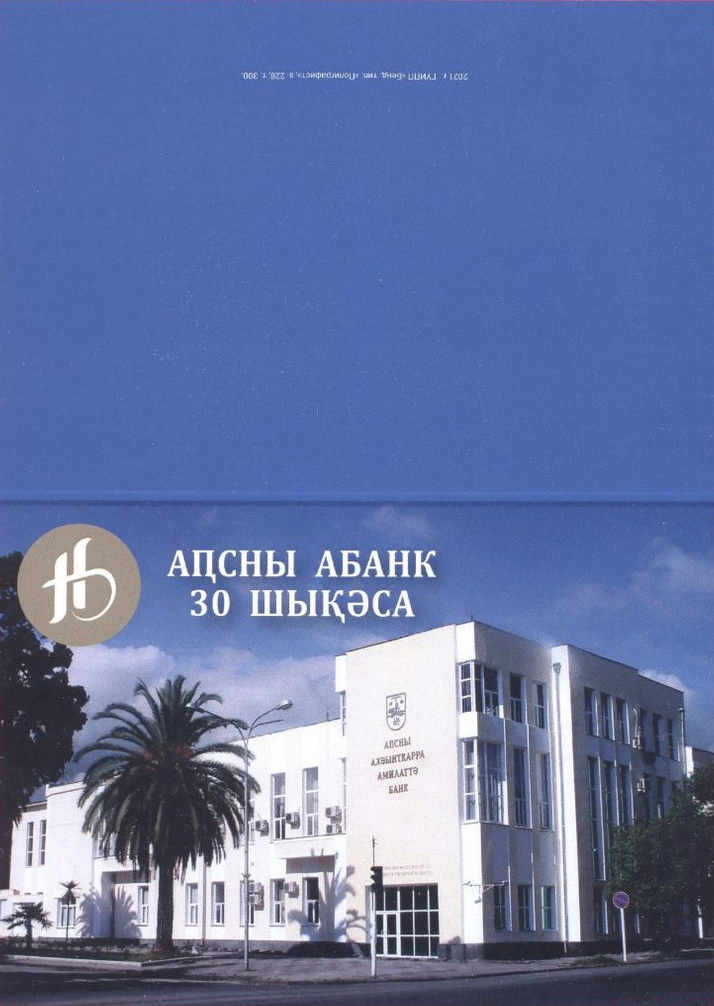 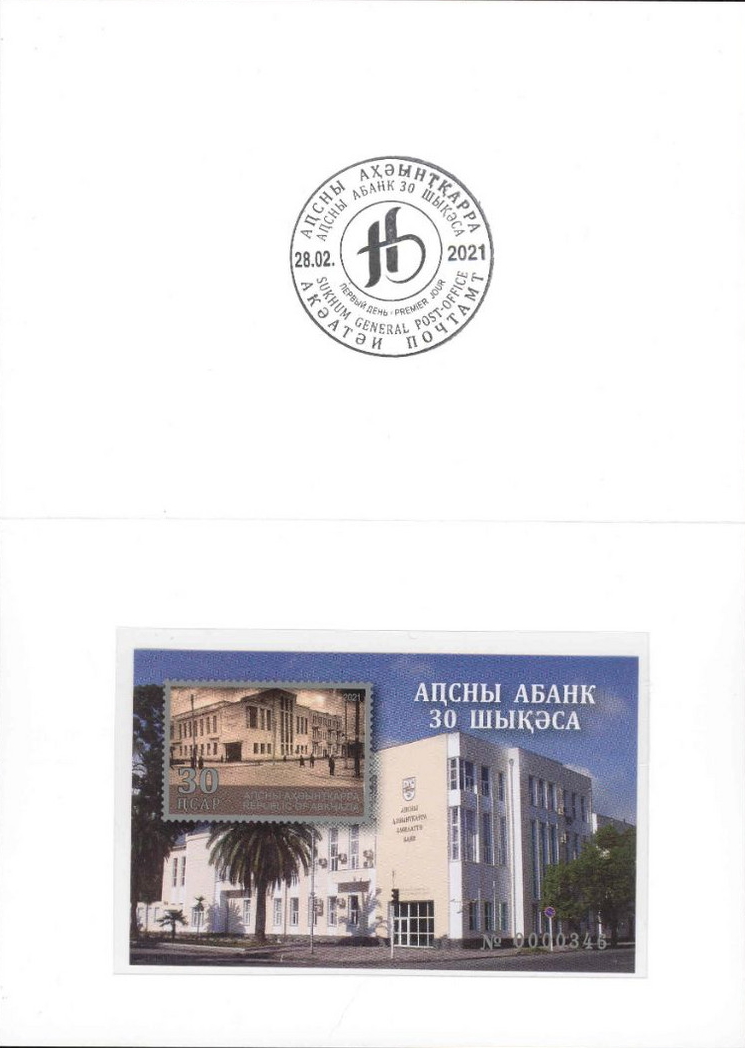 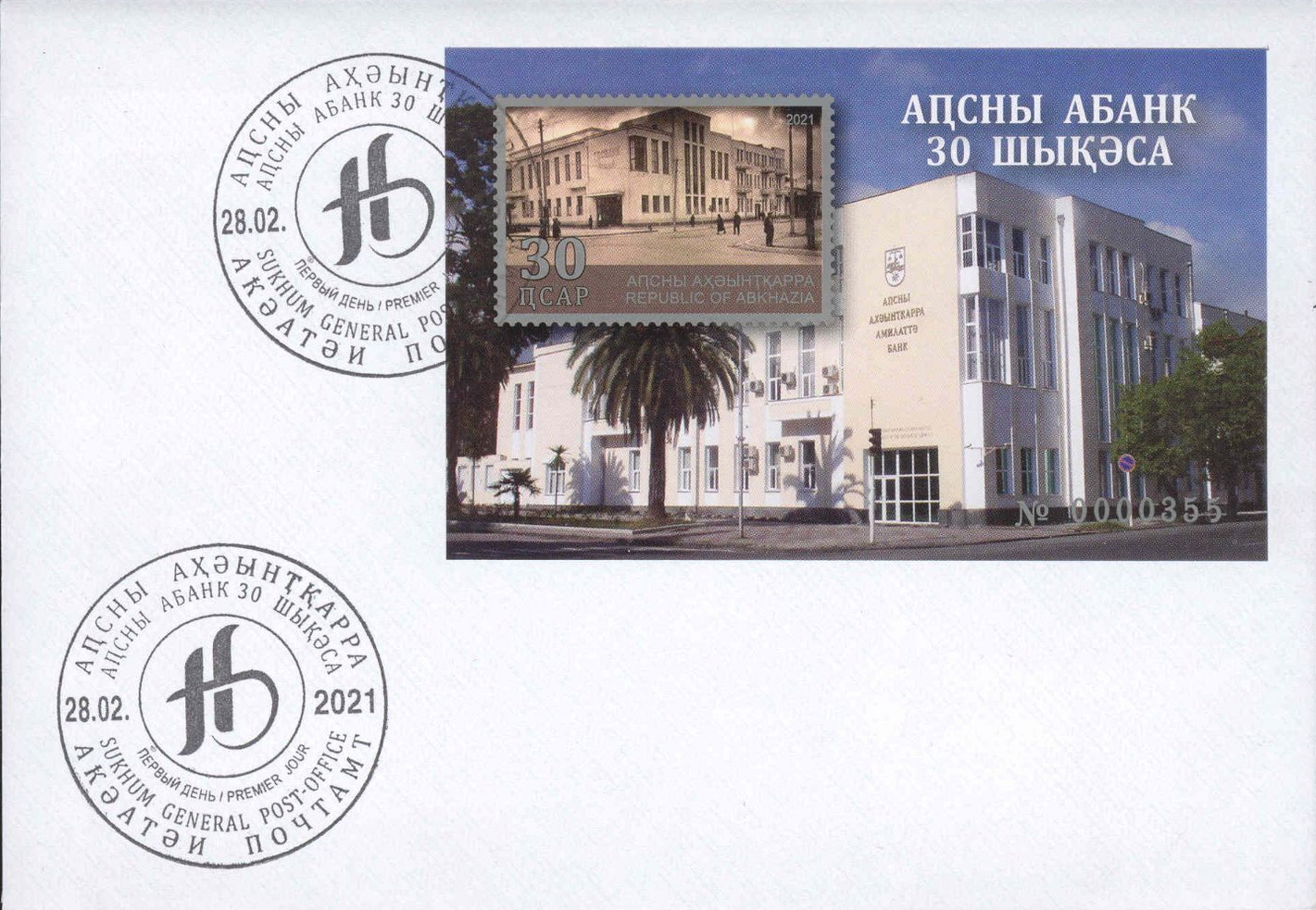 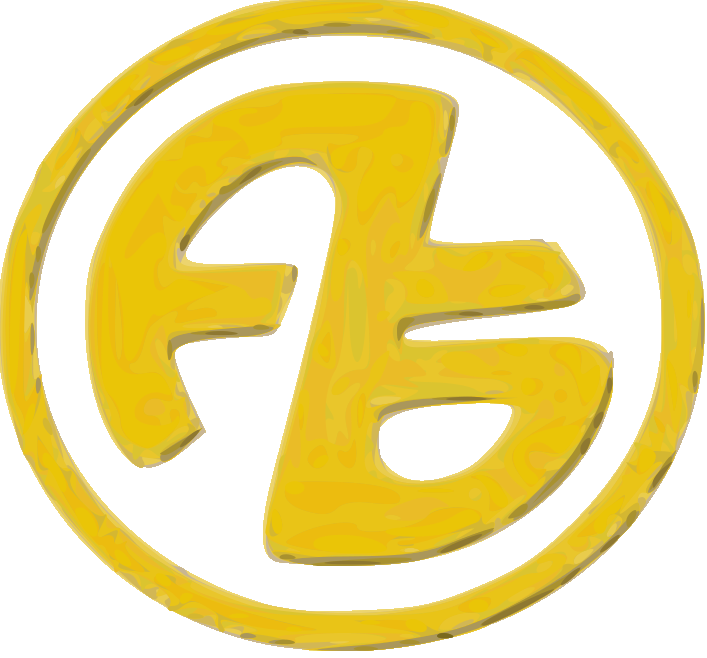 The National Bank of the Republic of Abkhazia (Abkhaz: Аԥсны Аҳәынҭқарра Амилаҭтә Банк, Russian: Национальный банк Республики Абхазия), also known by the short form of Bank of Abkhazia (Russian: Банк Абхазии) is the central bank of the disputed region and partly recognized state of Abkhazia on the eastern coast of the Black Sea. The Bank’s headquarters are located in a constructivist building on Leon Street in Sukhumi, Abkhazia’s capital.

At the beginning of 1991 with the adoption of these laws the banking system of Abkhazia was presented by the Abkhaz Republican Bureau of the USSR Banks: the State Bank, the Savings Bank, the Promstroibank, the Agrarian Bank and the Zhilsotsbank. The creation of credit institutions was allowed, but the process was governed by the USSR legislation. In essence, the whole banking system was based on a vertical scheme of management and it could not account the interests of regional economic development.

The laws adopted in February 1991 by the Supreme Council of Abkhazia gave the opportunity to create the banking system at the regional level, particularly a network of credit institutions, that could be established by legal entities and private individuals concerned in development of separate branches of the economy as well as the region in whole. By the beginning of the war in Abkhazia (14 August 1992) the banking system was diversified.

The hostilities in Abkhazia destroyed the existing economic potential of the country and resulted in destruction of the well-established banking system.

After the war in Abkhazia out of all pre-existing banks only the Central Bank and four regional banks preserved: one – in Gagra region, two – in Gudauta region and one in Tkuarchal. All other banks were abolished or self-dissolved.

During 1994, the Central Bank of Abkhazia registered thirteen credit institutions, that on the basis of the license proceeded to business in all regions of Abkhazia: in Gagra region – «Gagra-Bank»; in Gudauta region – «Gudauta-Bank» and «Agrarian Bank»; in Sukhum region – Sukhum regional bank «Eshera»; in Sukhum – 5 Banks: «Sukhum-Bank», «Garant-Bank», «Bashnyh-Bank», «Tiko Bank» and «Menatep-Sukhum» (affiliate office of the Bank «Menatep»); in Gulrypsh region – «Prestige»; in Ochamchyra region – «Ochamchyra Commercial Bank»; in Gal region – «Gal-Bank» and in Tkuarchal region – «Tkuarchal-Bank». The same year the Government of Abkhazia authorized the Savings Bank activities.

The same year the National Bank established the Cash Settlement Center (CSC) that intensified the money turnover in the National economy through the ordering of interbank calculations, as well as the cash flow control through the banking system. During 1995 – 1996 years the National Bank registered three commercial banks: in Sukhum – «Apra-Bank» and «Invest-Bank», in Gudauta region – «Leon-Bank». Thus, by the end of 1996 there operated 16 credit institutions in Abkhazia, seven of which – in Sukhum. In 1998, the Savings Bank activities were legally formalized.

The wide network of the banking system indicates an increase in banking services, which contributes to expeditious performance of banking transactions by order of clients.