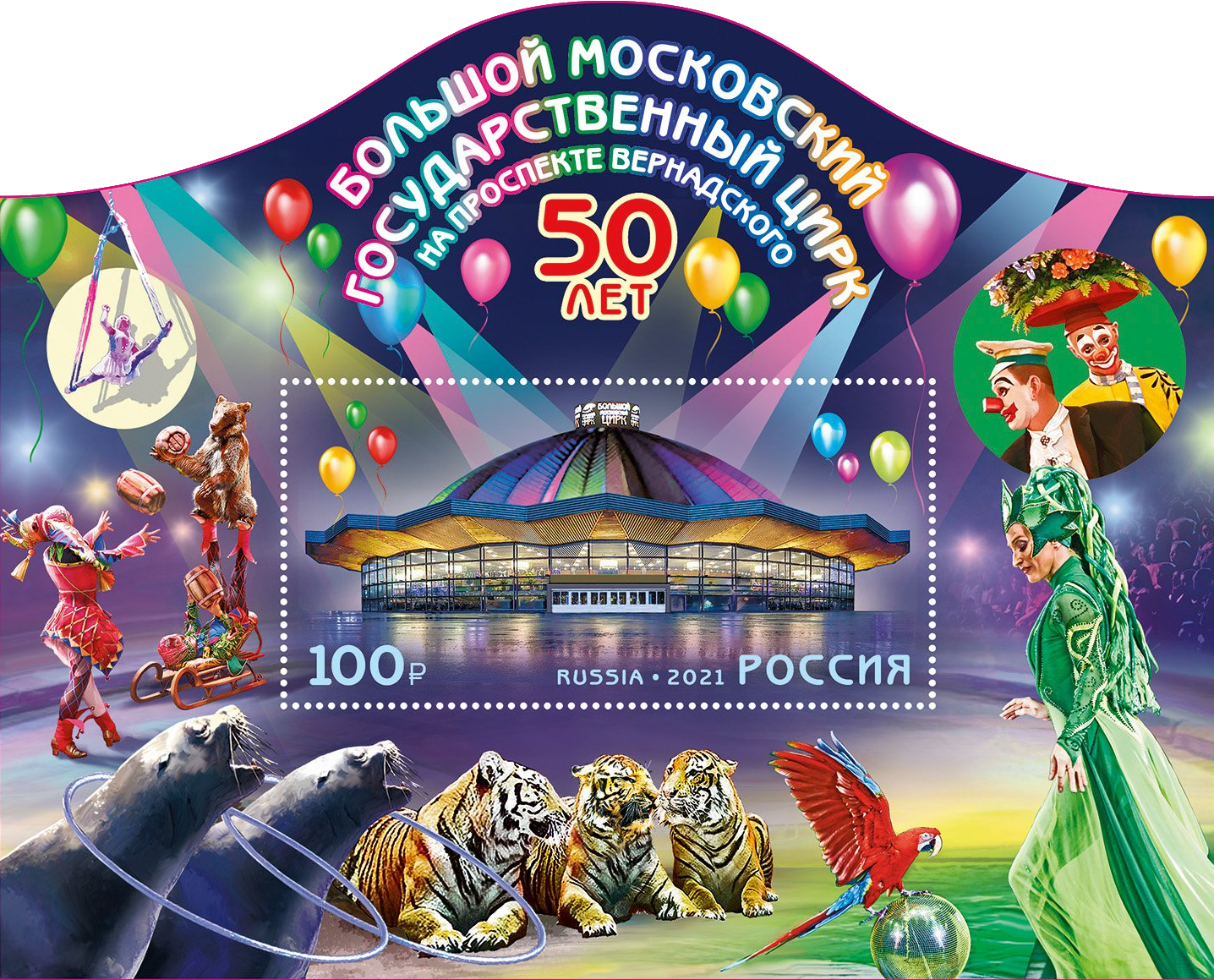 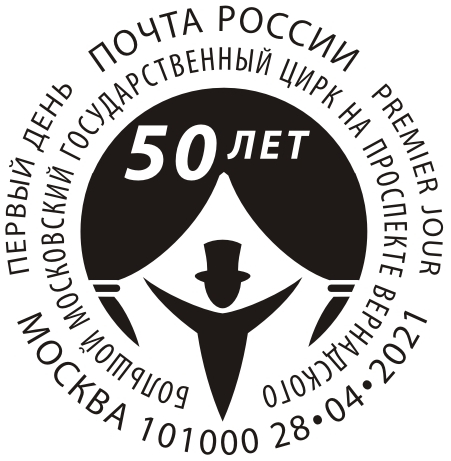 On April 28, a postage block dedicated to the 50th anniversary of the Bolshoi Moscow State Circus on Vernadsky Avenue was released.

The Great Moscow State Circus was opened on April 30, 1971. The building, designed by the architect Ya.B. Belopolsky, is a tent with a folded dome with a height of 26 m, glazed around the entire circumference. The auditorium is designed for 3,300 seats. The circus has five fast-changing arenas – equestrian, ice, water, illusion and light, which allow you to use a variety of numbers in one performance.

Over 50 seasons, the Bolshoi Moscow State Circus has hosted more than 20,000 performances, which were attended by over 67 million spectators. Almost all the stars of the world and domestic circus took part in its programs – Vera and Yuri Durov, Walter and Mstislav Zapashny, Yuri Kuklachev, Emil Kio, Yuri Nikulin and Mikhail Shuydin, Oleg Popov, Mikhail Rumyantsev (Karandash) and many others.

The postal block depicts the building of the Great Moscow State Circus, artists performing in various circus genres, and animals.

In addition to the release of the postal block, first day envelopes were issued and a special cancellation stamp was made for Moscow, as well as an art cover was issued, inside – a postal block and a vignette.

The issue can be purchased in the Collector’s network of salons and in our online store.