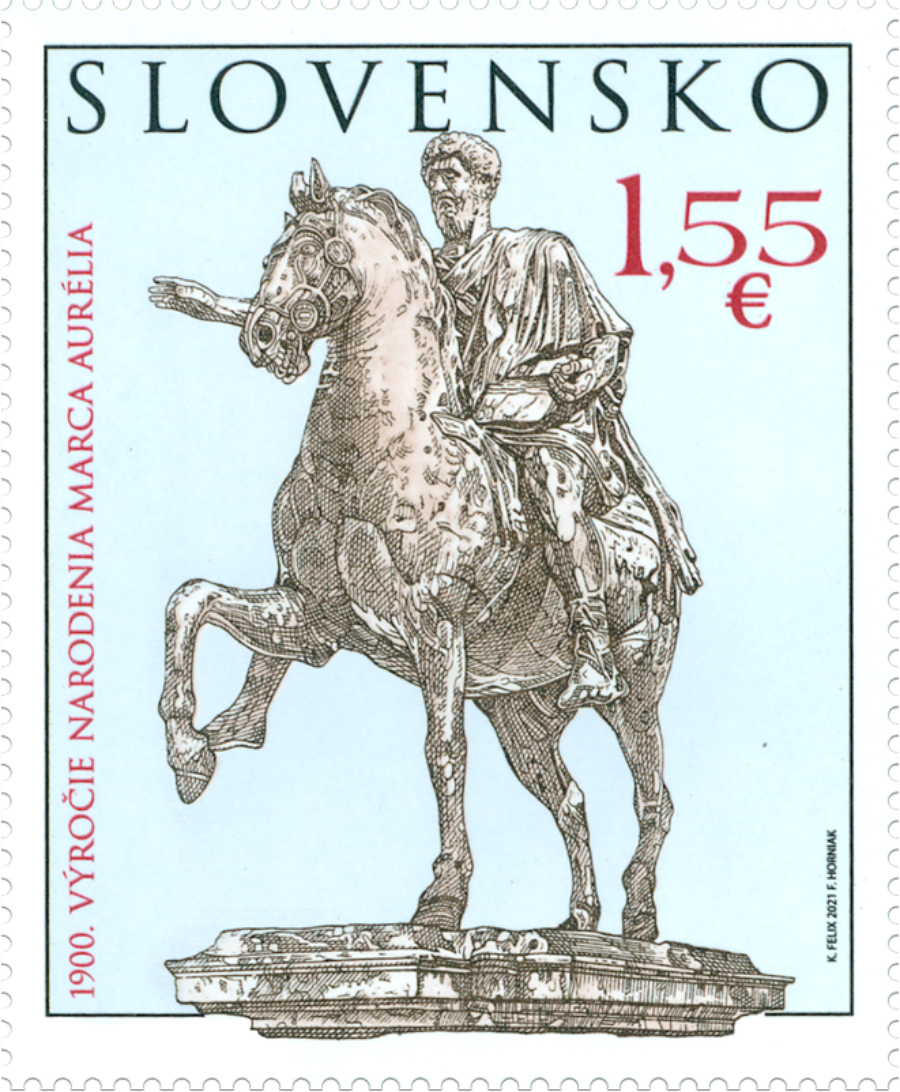 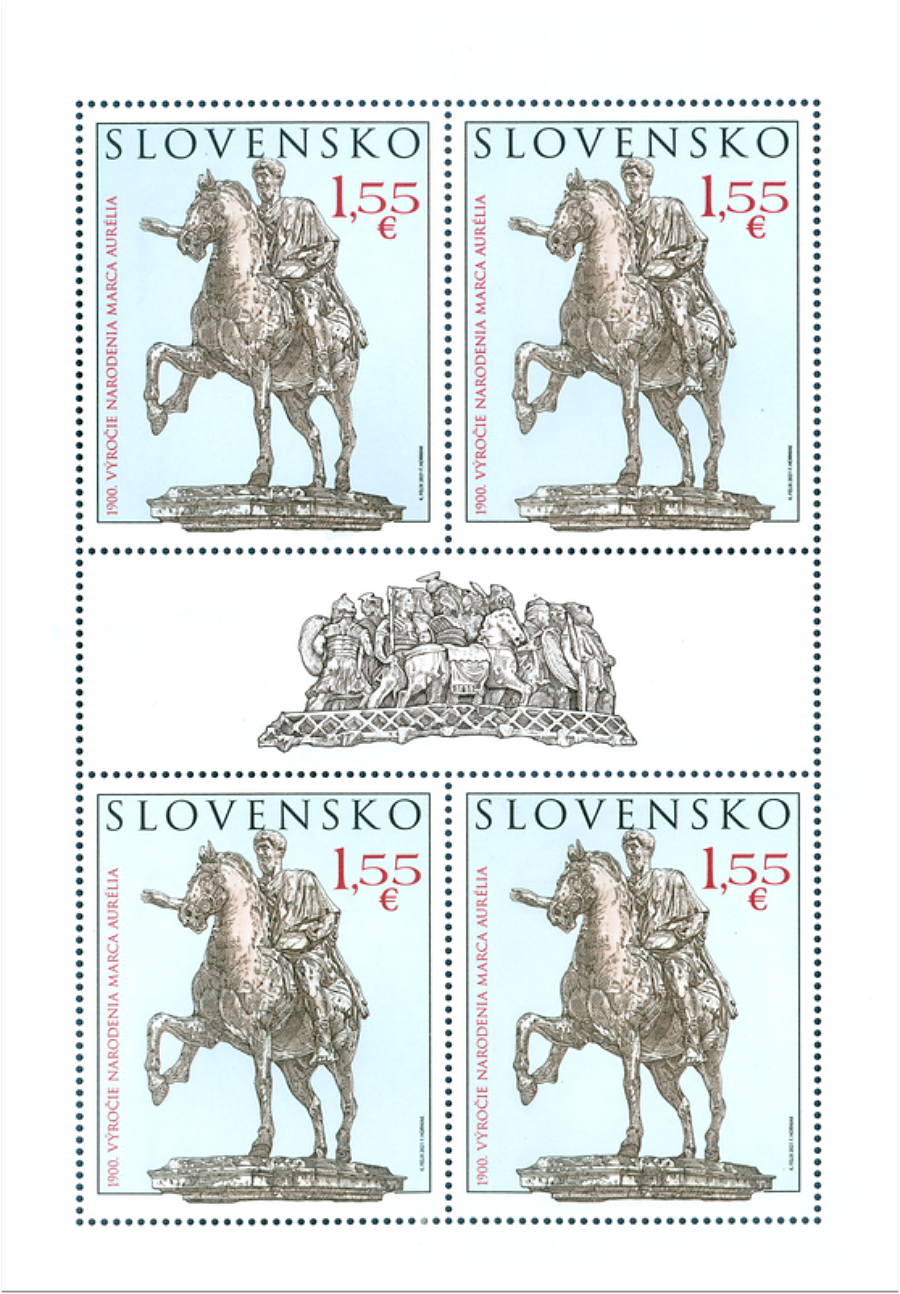 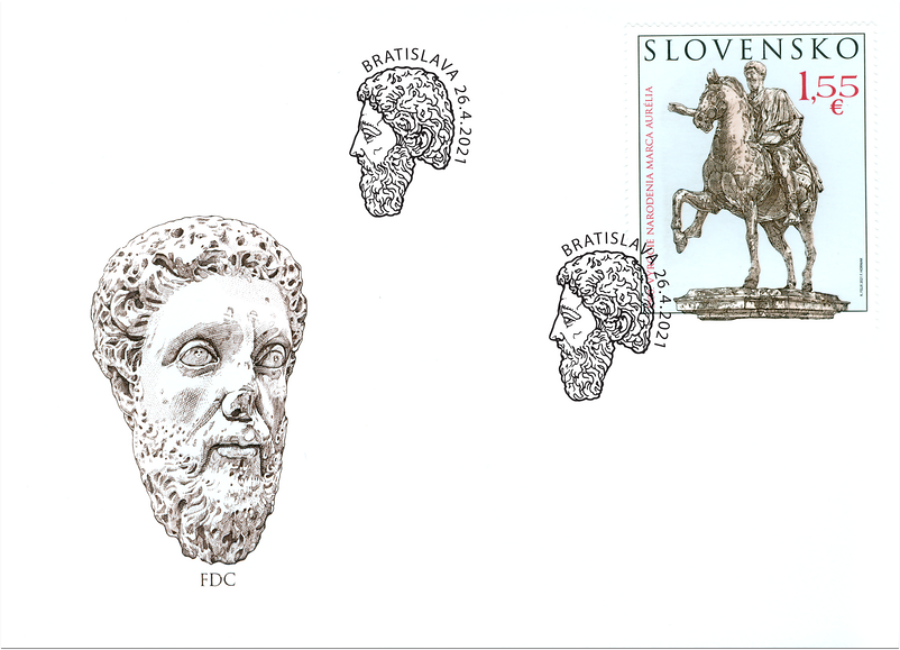 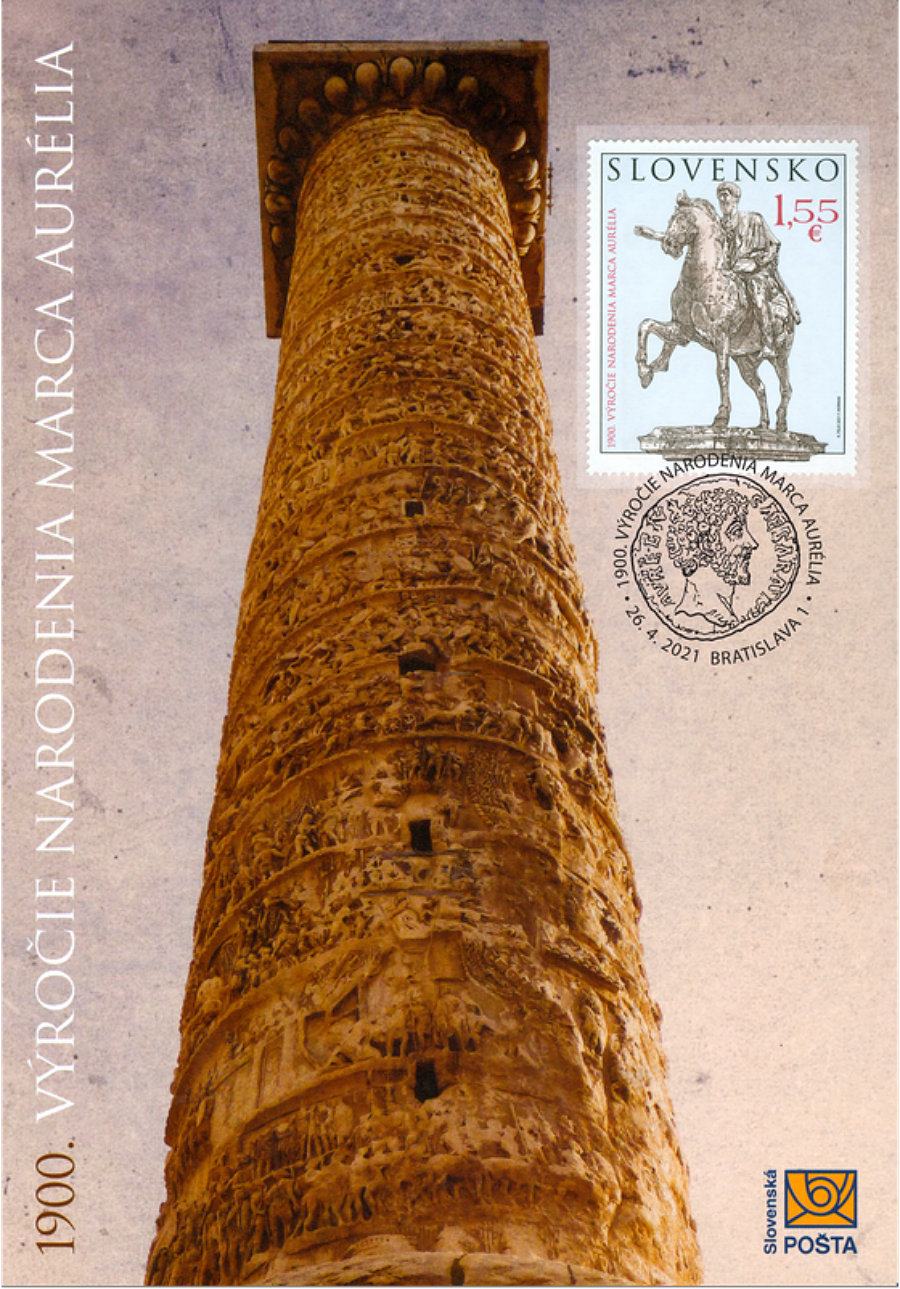 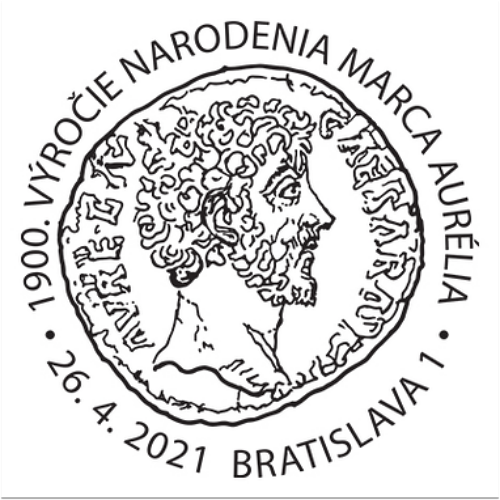 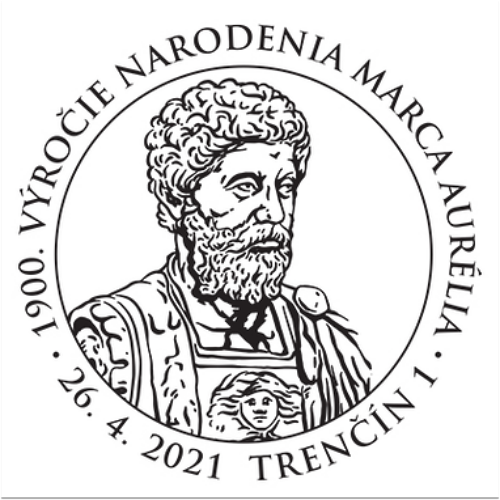 Marcus Aurelius (121 – 180) was the adopted son of Emperor Antoninus Pius (86 – 161), and he ruled the Roman Empire from 161 to 180. Marcus Aurelius was a significant proponent of Stoicism and is often referred to as “the philosopher on the emperor’s throne”. Despite this the whole of his reign was affected by the Marcomannic Wars. The war also approached the territory of, what is today, Slovakia, where the Romans fought battles against the Quadi. During the second Germanic campaign, from 170 to 180, Marcus Aurelius wrote the Meditations or Notes to Himself in Greek (in Greek: Τὰ εἰς ἑαυτόν). At the end of the first book it is revealed that it was written “in the country of the Quadi above Granua” (in Greek: Τὰ ἐν Κουάδοις πρὸς τῷ Γρανούᾳ α΄). Another important monument that links Slovakia and Marcus Aurelius is the Roman inscription that was carved into the rock on which Trenčín castle stands. It is proof that units of the second auxiliary legion were stationed near Laugaricio during the winter of 179. It is the most significant Roman epigraphic monument to have been discovered north of the Danube. It was carved, on the instructions of Legate Marcus Valerius Maximianus, to honour the victory of Marcus Aurelius and his son, Commodus, over the Germans.

The postage stamp is inspired by an ancient equestrian statue, made of bronze, which depicts the Roman Emperor, extending his hand in a gesture of adlocutio. The statue is within the Palazzo dei Conservatori (part of the Capitoline Museums) in Rome and a replica of it, made in 1981, is on display within the Piazza del Campidoglio. The FDC shows a lesser-known marble bust from the collection of the Prado Museum, the Spanish National Museum in Madrid. The FDC postmark bears the motif of a marble bust of Marcus Aurelius from the collection of the Liebieghaus Skulpturensammlung in Frankfurt am Main. The first day sheet, completing the series, depicts the marble column of Marcus Aurelius, from 172 – 175, that can be found in the Piazza Colonna in Rome. It includes 116 spiral relief scenes from the campaigns of Marcus Aurelius, including a scene from his first Germanic campaign, 172 – 173, known as the rain miracle. According to Cassius Dio, a Roman historian, an Egyptian magician, Arnuphis, accompanied Marcus Aurelius’ troops and his magic prompted Hermes Aerius to give his support. Thanks to divine intervention it began to rain and the enemy soldiers were caught in a hailstorm with intense lightning, which saved the Roman soldiers they had surrounded, parched by the sun, from certain death.