Cattle Farming in the Faroe Islands 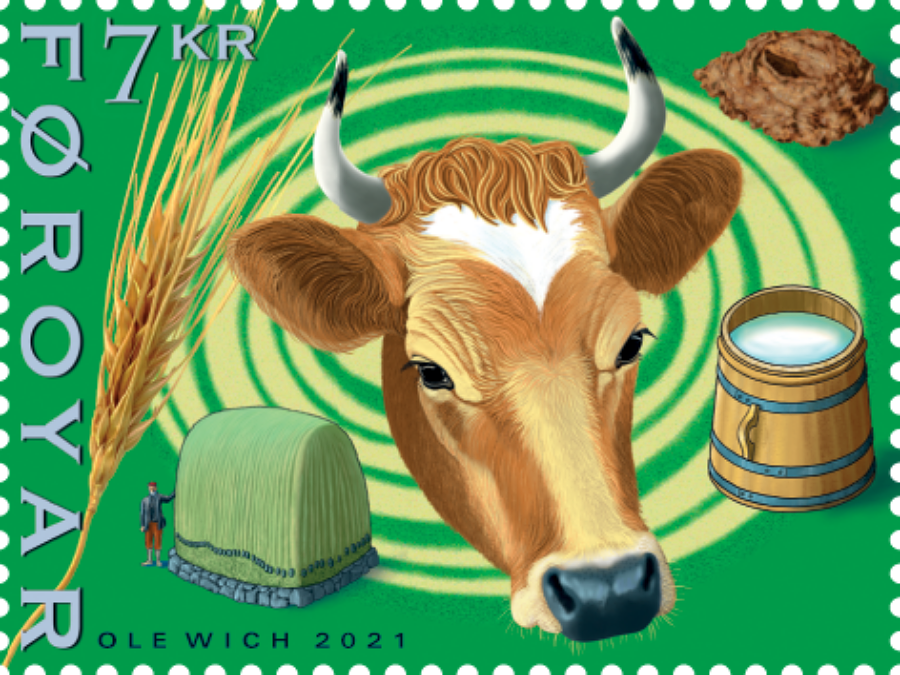 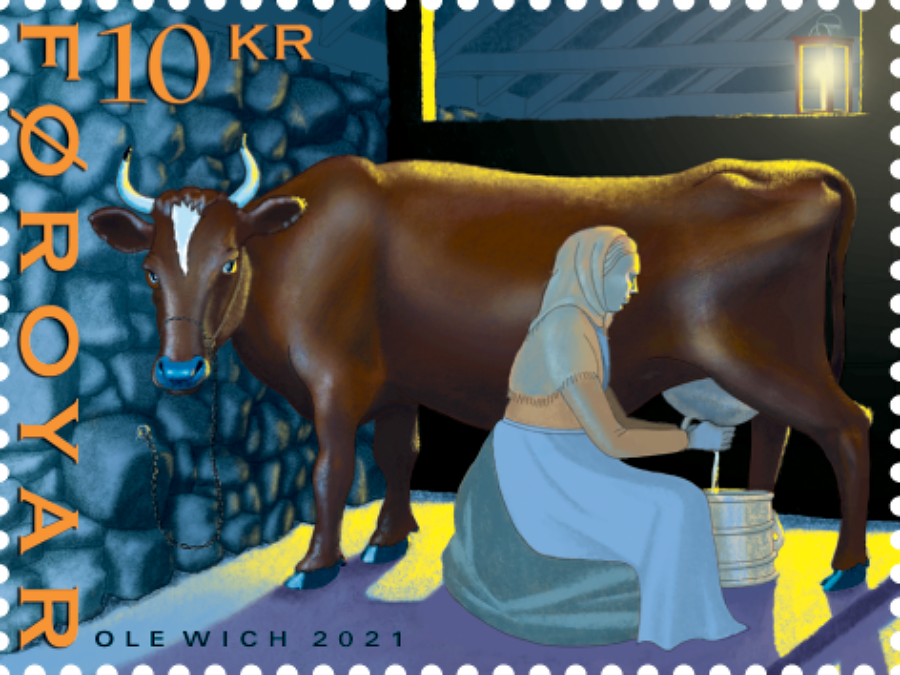 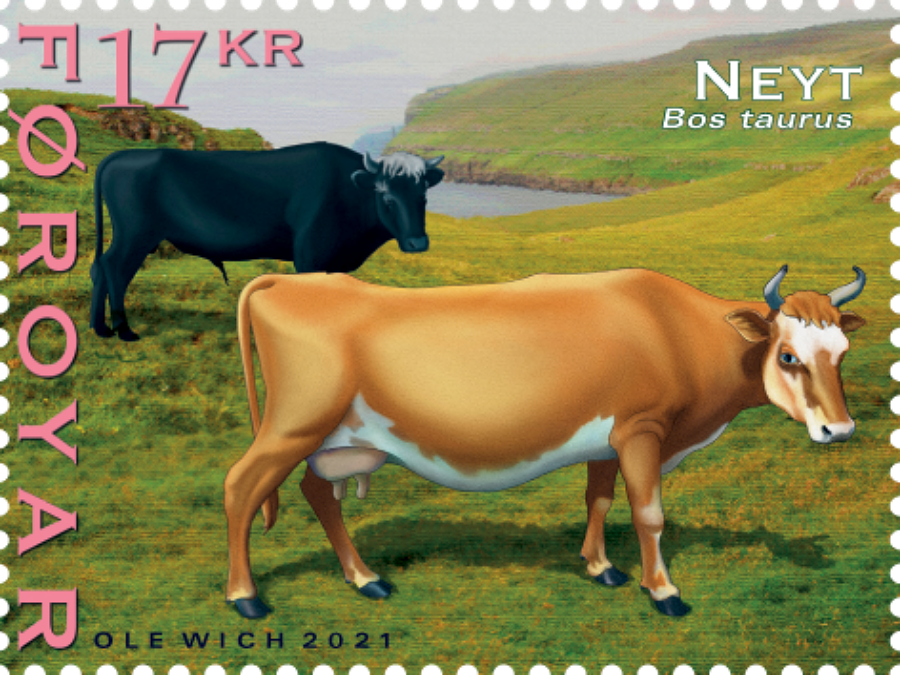 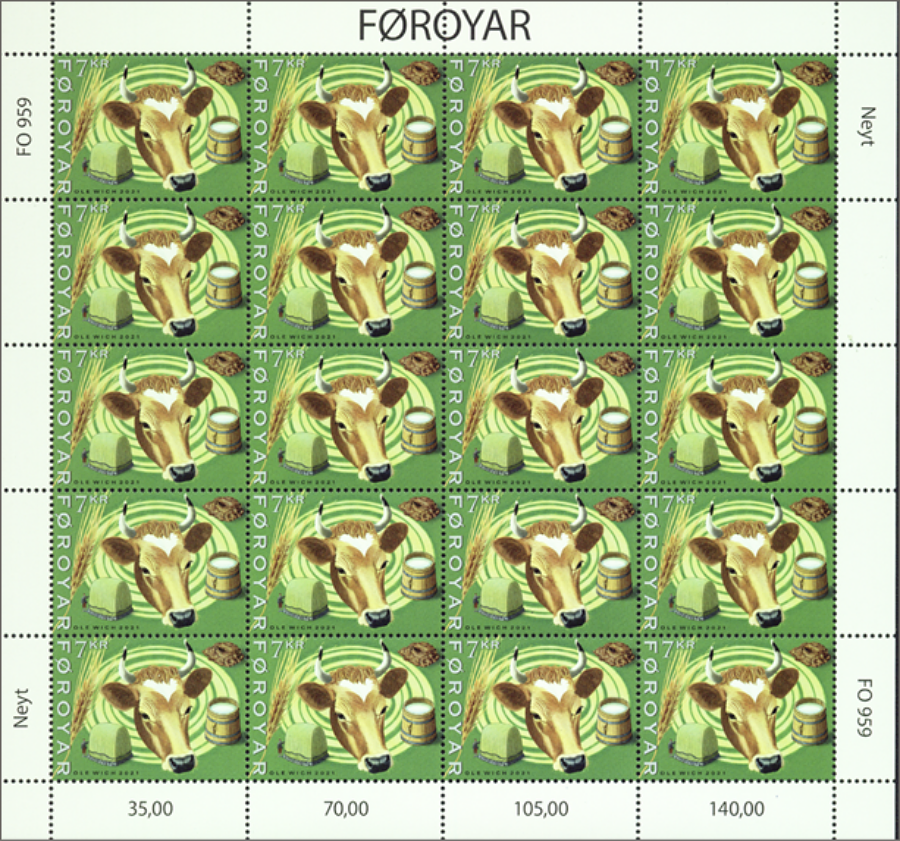 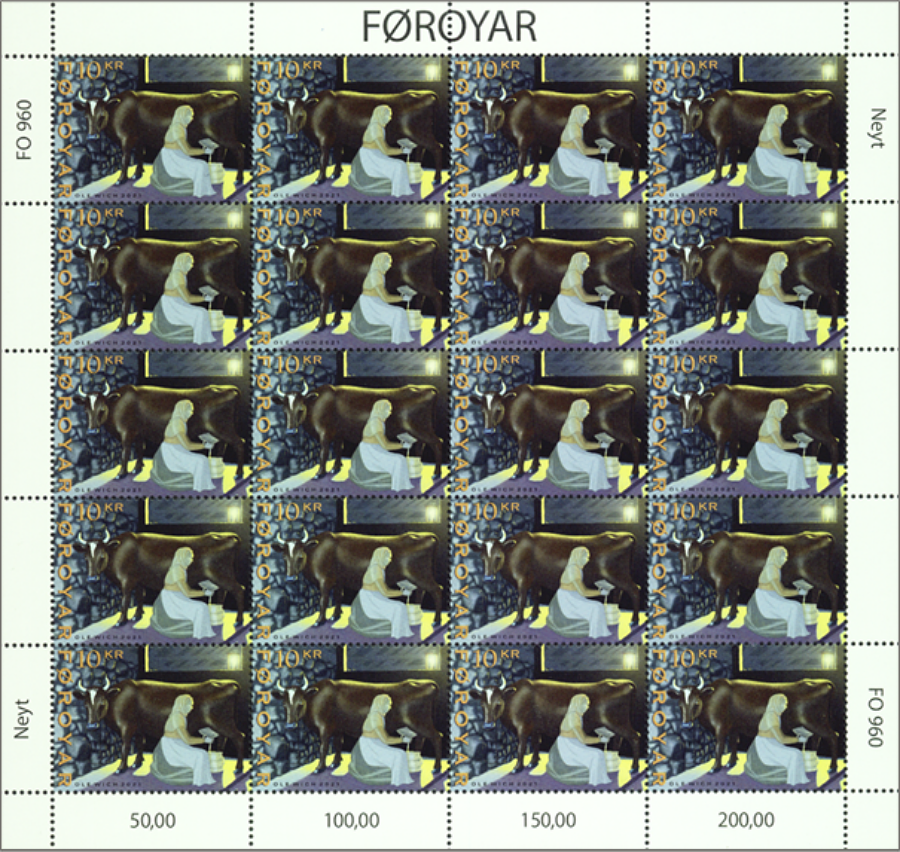 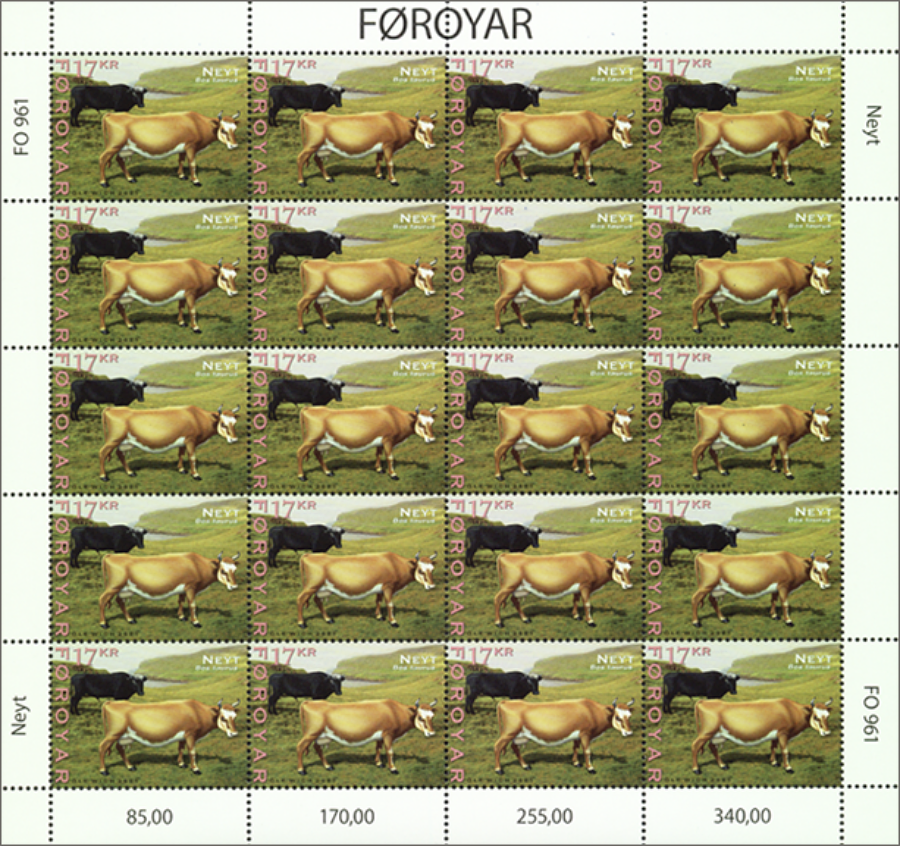 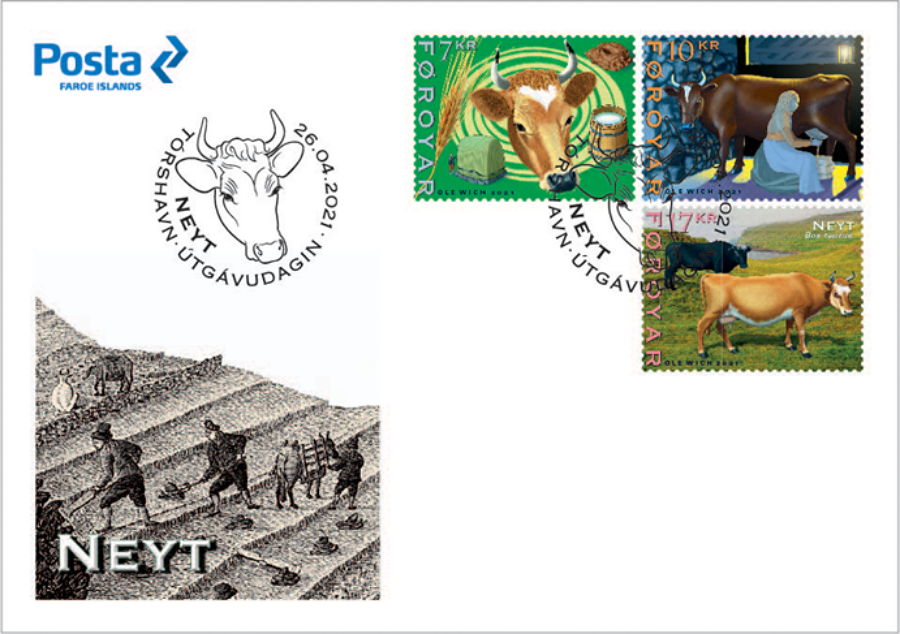 Cattle Farming in the Faroe Islands

The Faroese Cow and the Stability of the Peasant Economy

Peasant communities spend a lot of work securing their short-term survival. Hunger must be kept away under all conditions. In the Faroese peasant household, the tradition was to keep a storage of food for one year if possible, but sometimes this presented challenges in the changeable Faroese climate. Much attention was therefore paid to the quantity and stability of food in the natural economy of the farming community before sea fishing and money economy became the basis of Faroese society. A 1999 study of food composition with figures from 1813 shows that cow’s milk accounted for about 45% of daily energy intake. In addition, milk was the most stable food which places milk and thus the peasant’s cow at the heart of the original Faroese economy.

The Cow and the Infield

The cow turns grass into dairy food. This made grass the most important crop in the Faroese coastal farming community. In spring, summer and autumn the cow could graze in the field, but in the winter months it was kept in the stable. It was therefore necessary to keep enough hay on hand to keep the cow alive until spring. The cattle feed, denoting the amount of hay needed for one cow over there winter, therefore became essential. It was also a widely used as a unit of measurement for land acreage.

Around the village houses in the fenced-in infield lay the drained, cultivated and terrace-shaped topsoil offering possibilities of such vigorous grass growth that sufficient hay could be harvested for the cattle feed. But good grass growth requires soil cultivation, and more importantly the soil also needs ample fertilizer. Here, too, the cow proved indispensable, for stabling during winter made it possible to collect nutrient-rich cow manure and store it in the dunghill until spring arrived. Mixed with supplementary fertilizer, for example seaweed, the peasant thus avoided exhausting his topsoil.

Grain was also grown in the infield. This took place in rotational operations, where grain was sown in some areas, while in others hay was produced. The topsoil, however, only needed processing and fertilizing prior to the grain production. The soil was worked thoroughly manually with the traditional shovel. First, workers carried the cow dung on their backs out onto the field and sprinkled it on top of the terrace-shaped lawns. A narrow strip of soil was cut from the lower edge of the terrace and laid out in an inch-thick layer on top of the manure. It was then finely divided and the seed sprinkled evenly on the soil. Then the soil layer was thumped together with a plate fitted on a shaft. After the grain harvest, the soil was sufficiently fertilized for the production of grass and hay to last for the next 5-6 years. The infield soil was thus worked and fertilized in a cycle where the cow became an essential production link, enabling fertilization and food security at the same time in a relatively stable economy.

The stamp shows the head of a cow and the infield cycle in the background surrounded by fertilizer and the yield of grain, hay and milk.

The Cow in the Stable

Cows in stable during winter had to be watered, fed and milked, and the manure had to be mucked out to the dunghill. Ordinarily, all this stable work had to be done by the women on the farm. The men, however, usually took over when the cow was to be mounted by the bull. Calving was preferably planned for spring when good grazing became available. The calves that were not to be used for domestic purposes were soon slaughtered. The new born calf’s fourth stomach was then hung to dry and stored as it contains rennet which was used to separate milk into solid curds for cheesemaking. Until the 1970s, many Faroese families had a cow in the basement of their houses. Often one could estimate the children’s state of health when the family’s cow had calved and fresh milk was again available in the household.

The stamp shows the classic motif: a woman milking the cow in the stable.

The Cow in the Outfield

Domestic cattle (Bos taurus) are common farm animals all over the world. The original Faroese species was small and short-legged, but it is now extinct. The cattle were robust and accustomed to grazing on steep slopes, coping well up in the mountains in changeable weather conditions. Often, due to shortage of winter fodder, the cows were gaunt and lacking in strength in spring. But they recovered quickly in the rich grassy fields and were in excellent shape come autumn.

In summer, and as long as the cold, wind and rain allowed, the cows grazed in the fields, in mountain slopes or close to the village. This meant that during summer milkmaids had to walk outside the village fences twice a day, locate the cows, milk them and carry the milk home.

The stamp shows a typical Faroese cow and bull in the field as they would have been seen in the late 1800s, when they gradually mixed with foreign breeds.