Today’s cover is a bit blurry, I’m afraid.  I’m not sure what happened there but part of the reason could be that I was enjoying a batch of the subject matter while doing my scanning the other night. When I noticed that the lady portrayed on the two left-most stamps was eating French fries (or, to use the British term, chips), my first thought was “Wow! Britain is really running out of things to put on her stamps!” 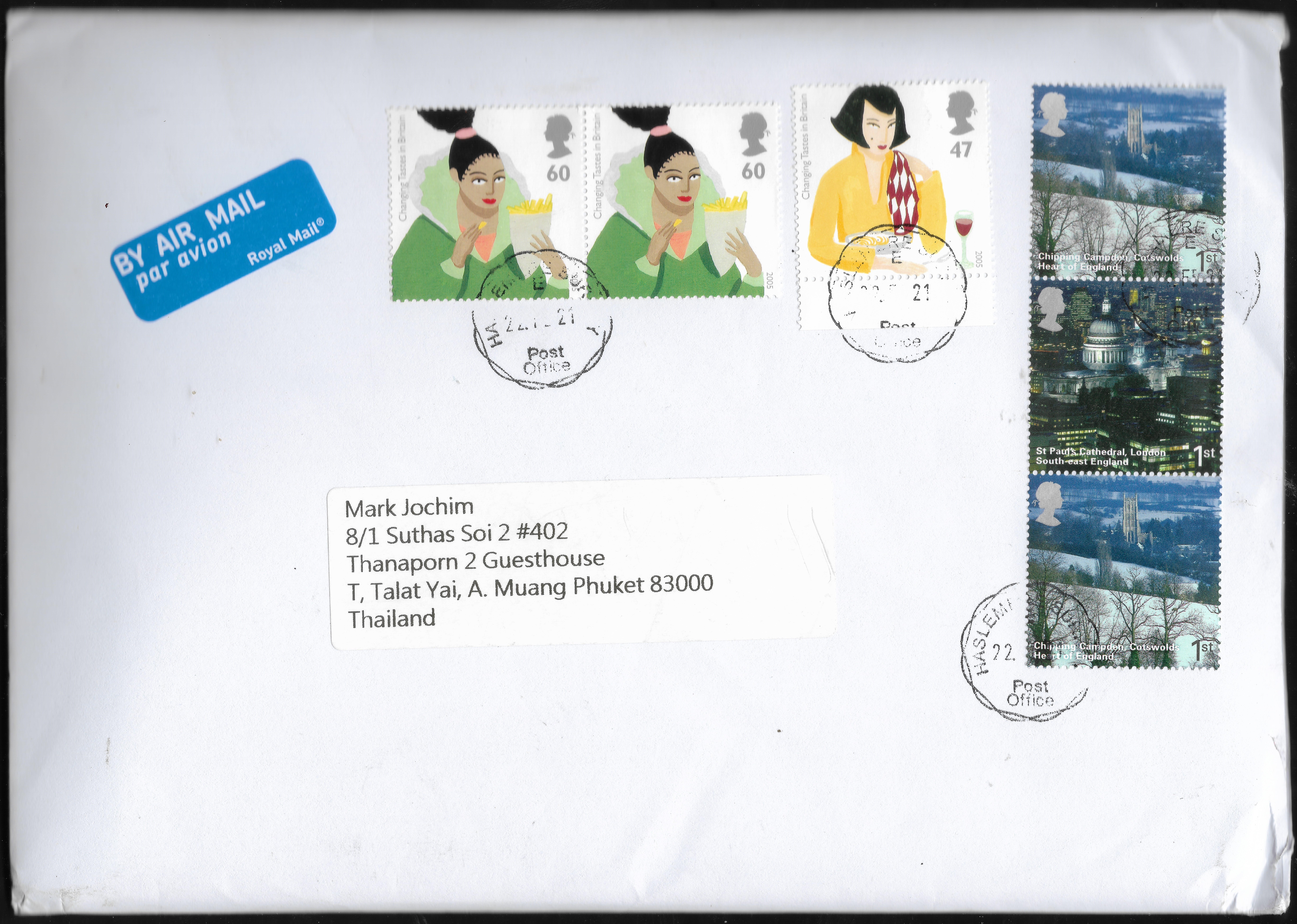 The stamps were part of a set released by Royal Mail on 23 August 2005 entitled “Gastronomy: Changing Tastes in Britain”, part of that year’s Europa omnibus (although only two of the stamps displayed the logo). The cover also has one other stamp in this series showing a woman eating pasta with a glass of wine. Other stamps in the set pictured an Asian woman eating rice, an Indian woman drinking tea, a boy eating sushi, and a teenaged boy eating an apple.  They are numbered 2302-2307 in the Scott catalogue.

I’m a big fan of French fries, although I don’t get to eat them very oftn.  In fact, the first I had in 2021 were purchased from a McDonald’s kiosk just a night or two ago. The stamps on this cover had me wondering if fries have been pictured on other stamp and if any of my other favorite foods have been similarly philatelically honored. Perhaps I could start a new thematic collection featuring tacos, enchiladas, double cheeseburgers, or tater tots if there are any such stamps.  Perhaps not, as the thought is making me unduly hungry when none of the aforementioned foods are even remotely available.

Time for lunch! (Rice and veggies, I believe….)