The “Rose of Winter”

Also this year, Austrian Post would like to thank its subscribers for their loyalty with a beautiful floral motif on stamp.

The loyalty bonus mark for 2020 adorns the attractive camellia (Camellia japonica), which is home to East Asia. It was named after Georg Joseph Kamel, a Moravian Jesuit priest and naturalist who explored the flora of the Philippines. The evergreen camellia shrub with large white, pink or red flowers belongs to the family of the tea shrub family. It can reach a height of several meters and grow very old – some European specimens like the Pillnitz camellia in Dresden are several hundred years old. Unusual is the flowering time of the camellias in late winter or spring. There are countless varieties of the popular ornamental shrub, some are also partially hardy in our latitudes. In the 18th century, sailors brought camellia to Europe, where it quickly became a popular ornamental in noble circles and was considered a symbol of elegance and beauty because of its rose-like flowers. In Japan, on the other hand, it stands for purity and also for death, as the red petals of some varieties fall off when there is still snow, reminiscent of drops of blood. Alexandre Dumas of the Camellia set a literary monument in his novel The Lady of the Camellias, which was also the template for Giuseppe Verdi’s opera “La Traviata”. Loyalty bonus stamp 2020 – camellia

Camellia japonica, known as common camellia, Japanese camellia, or tsubaki in Japanese, is one of the best known species of the genus Camellia. Sometimes called the rose of winter, it belongs to the family Theaceae. It is the official state flower of the US state of Alabama. There are thousands of cultivars of C. japonica in cultivation, with many colors and forms of flowers. In the U.S. it is sometimes called japonica, a name more often used in the UK for Chaenomeles (flowering quince).

The leaf of the Camellia japonica is rich in anti-inflammatory terpenoids such as lupeol and squalene. 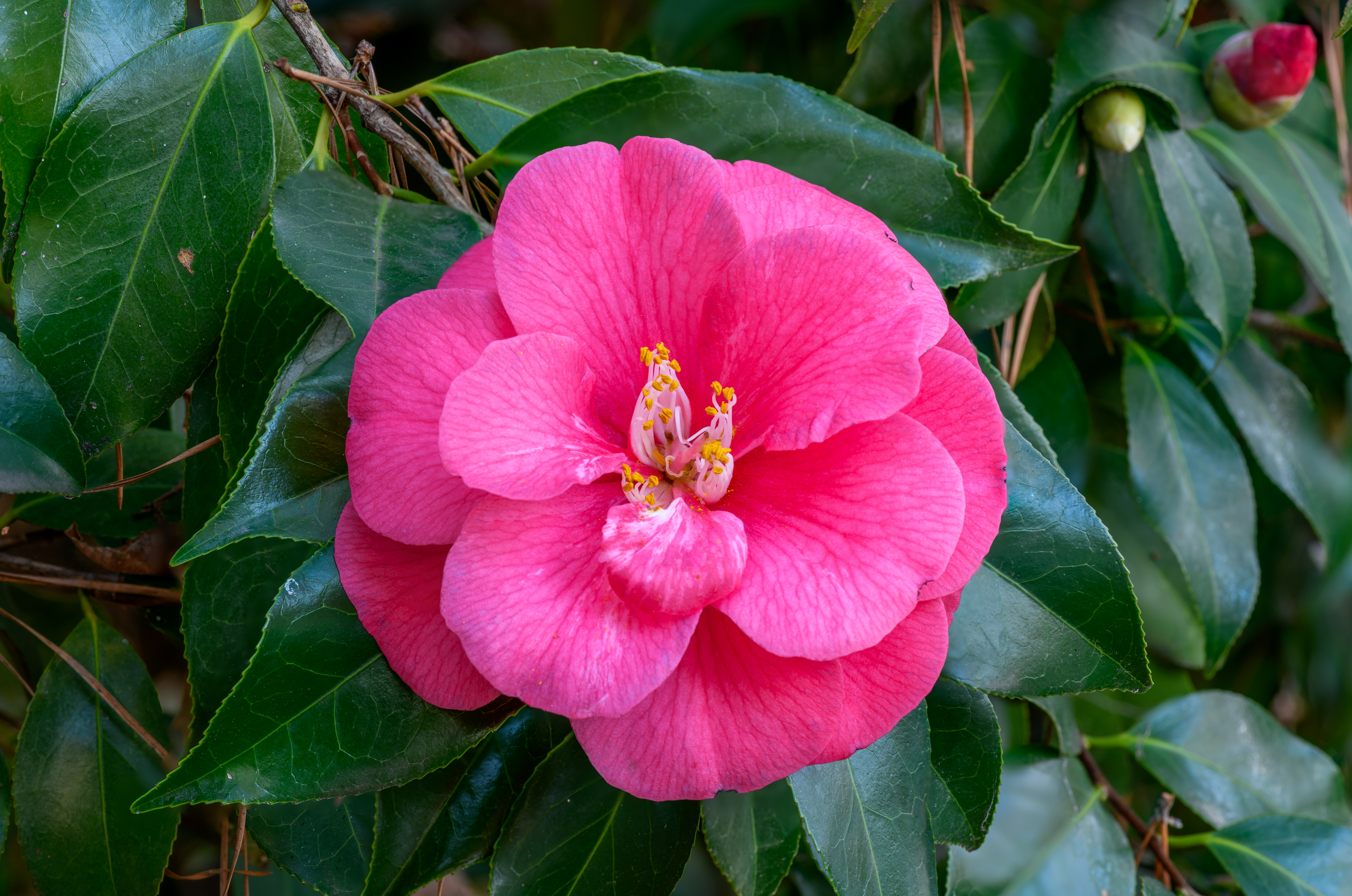