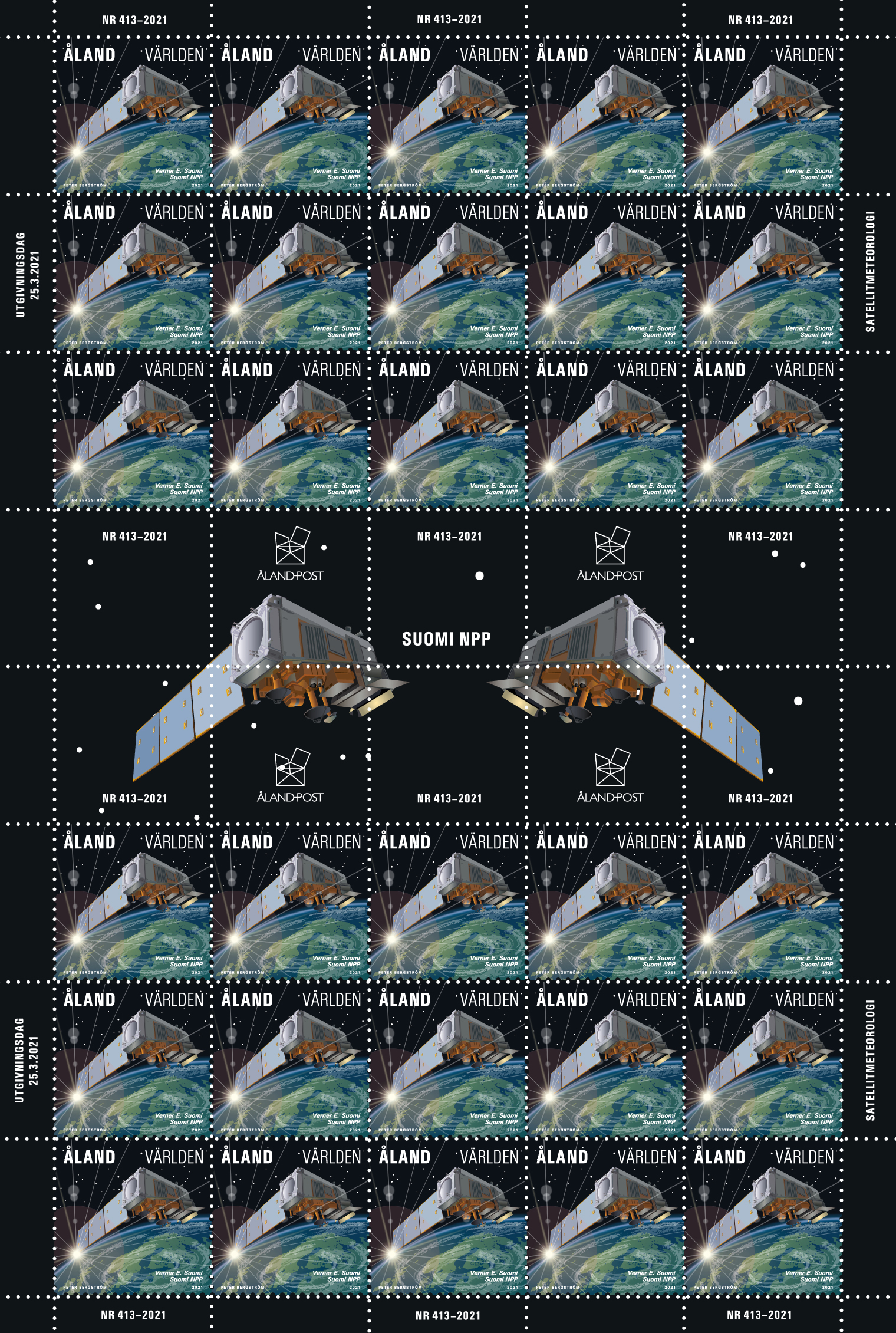 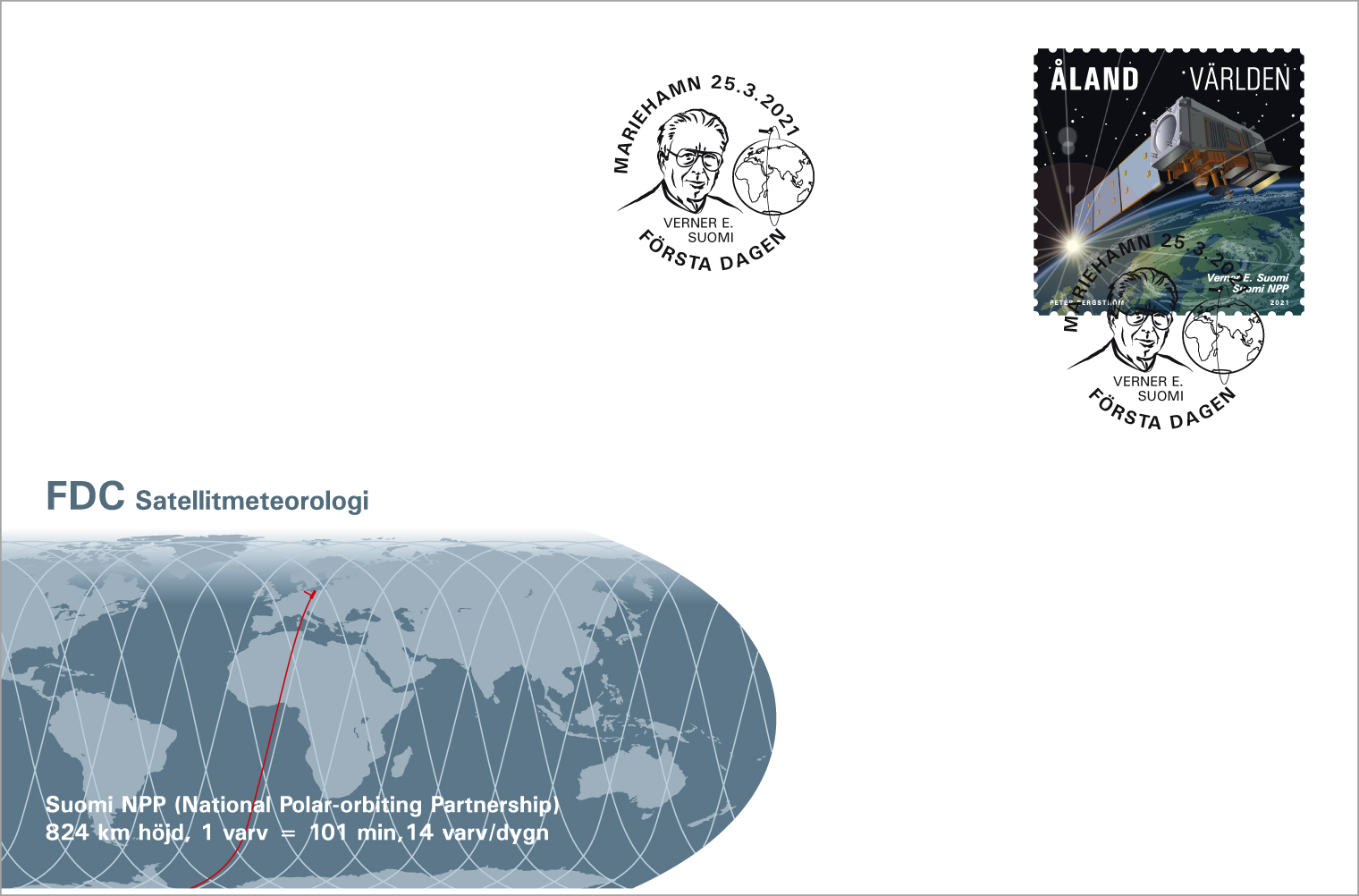 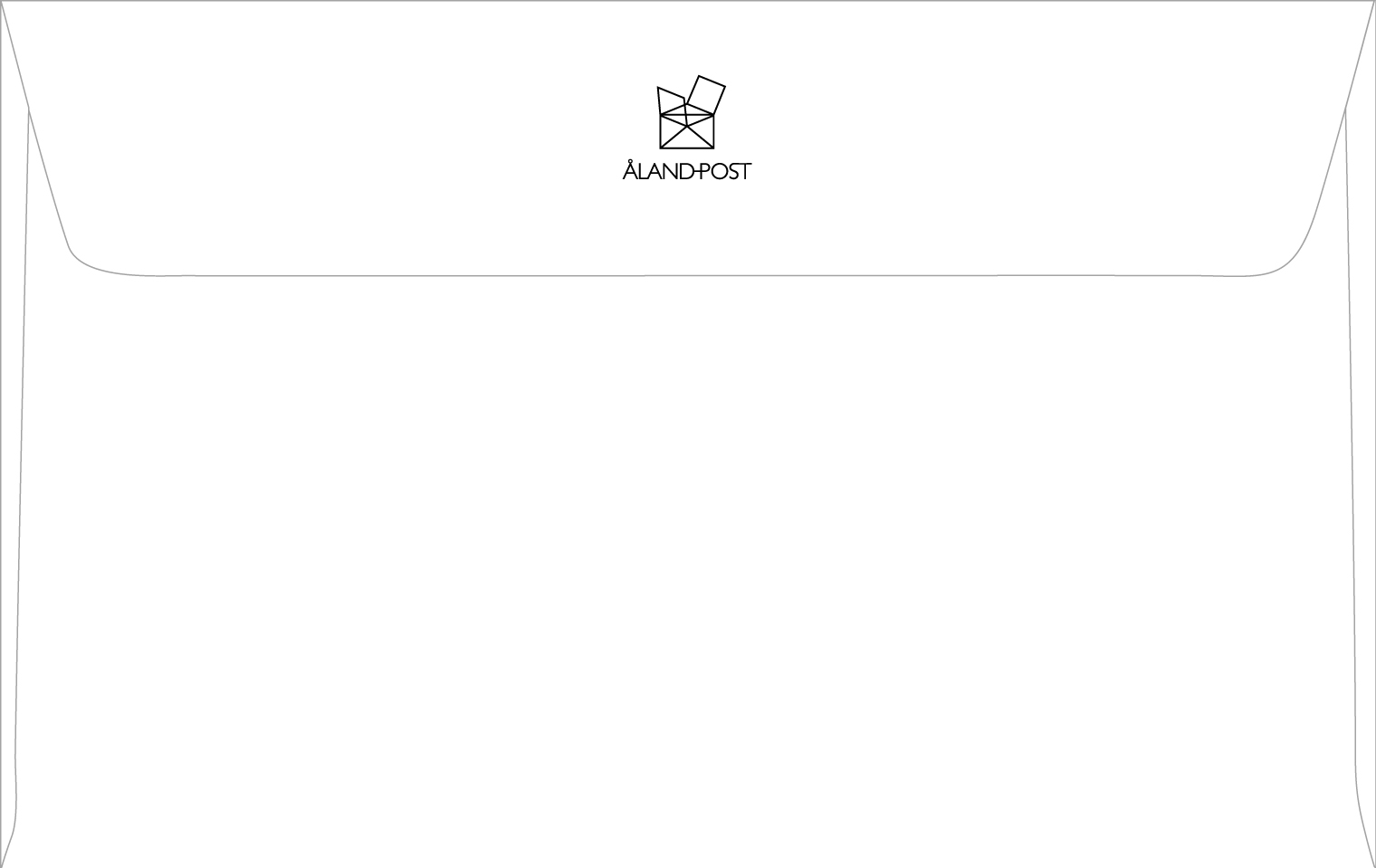 Since 2011, the American Suomi NPP weather satellite monitors the Earth’s cloud cover, oceans, ice sheets, vegetation and the heat radiation from the Earth’s atmosphere. Named after Åland descendant and weather pioneer Verner E. Suomi (1915–1995), the satellite circles the Earth in a polar orbit. Suomi was one of the first scientists to understand the importance of weather satellites for weather forecasts. His Finnish-Alandic parents emigrated to Minnesota in the USA in 1902. PLEASE NOTE! DELIVERY AFTER DATE OF ISSUE

Verner E. Suomi (1915–1995) was among the earliest to understand the importance of satellites for weather observations. His parents Johan Suomi, born in Kustavi in the archipelago of Åboland, and Anna Matilda Sundqvist from Pettböle, Finström, emigrated from Åland to the USA in 1902. Verner grew up in Eveleth, Minnesota, as the second youngest of seven siblings.

Launched in 1959, the Explorer VII Satellite carried Suomi’s first instrument, a flat plate radiometer that measured the Earth’s heat balance from space for the first time. It was discovered that clouds play an important role in the Earth’s energy budget and that the Earth absorbs more radiated solar energy than was previously recognized. Suomi’s most important invention is probably a camera that was added to the ATS-1 Satellite launched in 1966. Its geosynchronous orbit enabled scientists to observe the formation of weather systems without interruptions. Until then, all we had seen were interesting snapshots from space but, with Suomi’s ”Spin-Scan Cloud Camera”, scientists could monitor air motion, cloud height and rainfall among other phenomena.

Since 2011, the American weather satellite Suomi NPP on the stamp monitors the Earth’s cloud cover, oceans, ice sheets, vegetation, and the heat radiation from the Earth’s atmosphere. The Suomi NPP is a polar orbiting satellite and is one of several satellites providing data for weather forecasts in Finland.