One byproduct of the COVID-19 pandemic from my viewpoint was an increase in the amount of mail received from far-flung friends trapped in various countries due to quarantines and other travel restrictions. While the tech sites promoted the rise of socially-distanced communications platforms such as ZOOM or Google Meet, many of my contacts turned to snail mail and I received a great many covers as a result.  Not all of these were particularly pretty and transport restrictions were placed on mail as well causing a great many delays. For much of 2020, I was pleasantly surprised when items arrived on my countertop without taking months and months to travel through the mail-streams. I appreciated each and every piece of mail that made it all the way to southern Thailand. 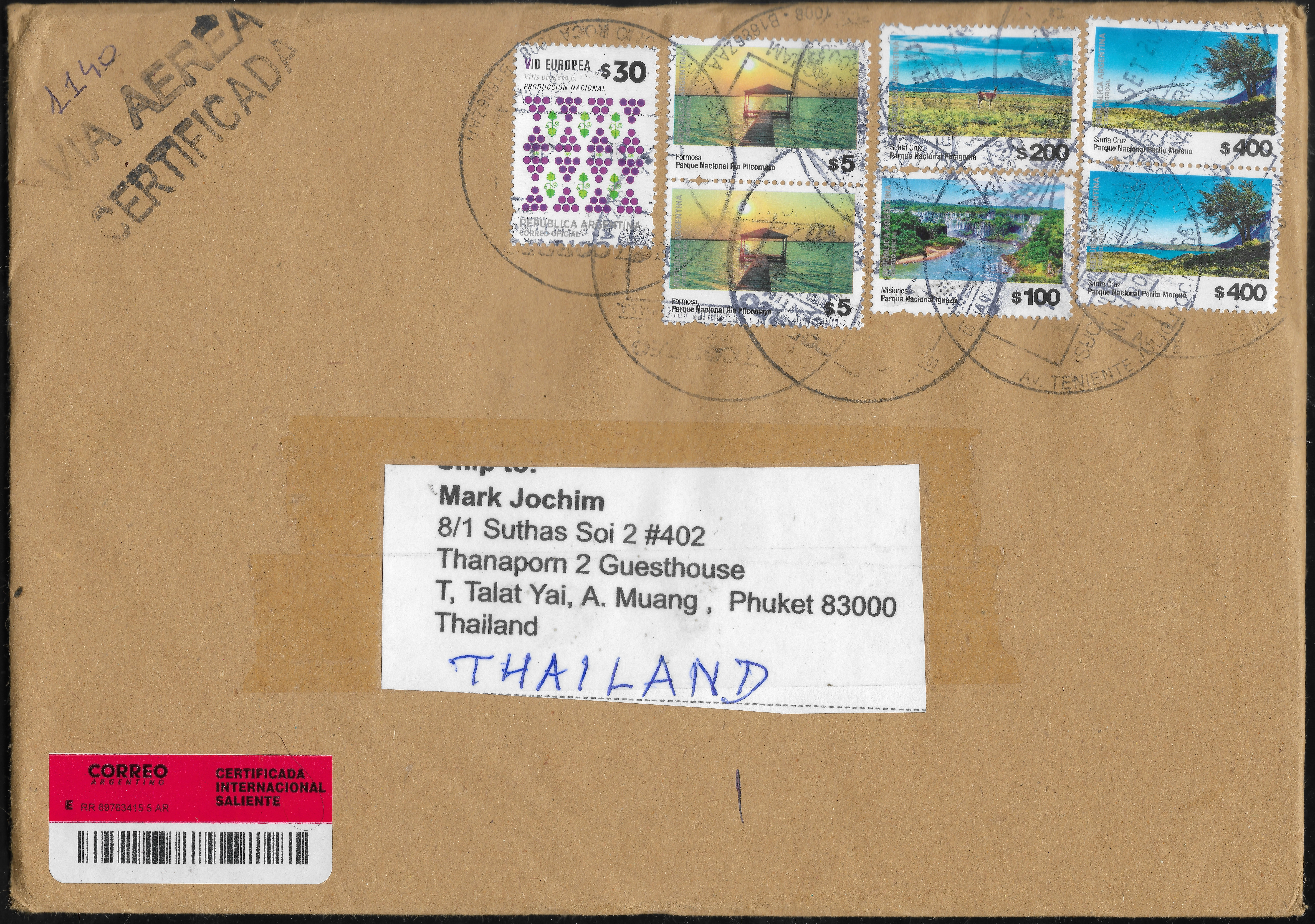 Take this larger-sized envelope, for example.  I received it on 29 September. It was mailed from Buenos Aires, Argentina, on 1 September which is pretty close to the “normal” speed for post from South America to Southeast Asia. I have had items take two to three times longer coming from China and even Malaysia.

The postal clerk was a bit over-zealous with his circular date stamp, however, striking the seven stamps no less than eight times and none very clear (in fact, I needed a combination of two in order to determine the actual mailing date which was confirmed by the letter within).

The remaining stamp (30 pesos) is an official use stamp, part of a definitive series portraying “fruits of domestic production” with the image representing Vitis vinifera, the common grape. Ampelographers believe the grape was likely introduced to Argentina by early Spanish settlers. By the mid to late 20th century, Cereza, Criolla and Pais together accounted for more than a third of all grapevines planted in South America. The high yields and prolific nature of the vine contributed to its spread with around 40,000 hectares (100,000 acres) planted by the 1980s but since then its numbers have been slowly declining. By 2003, its numbers had dropped by nearly a quarter to 30,760 ha/76,000 acres. While the grape was once widely planted throughout Argentina, today it is mostly found in the San Juan province and eastern Mendoza region.